Back in November 2012, Simu Liu tweeted, “I thought I was at a nicki minaj concert for 20 minutes before I realized I was just watching a homeless man yell at a pigeon.”

Twitter user Pradaswans wrote, “The fact this got so many likes non blacks hate nicki so bad.” 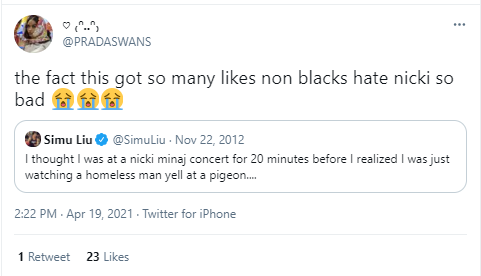 Another wrote, “ugh we are TIRED…well ig I won’t be watching ur new movie.” 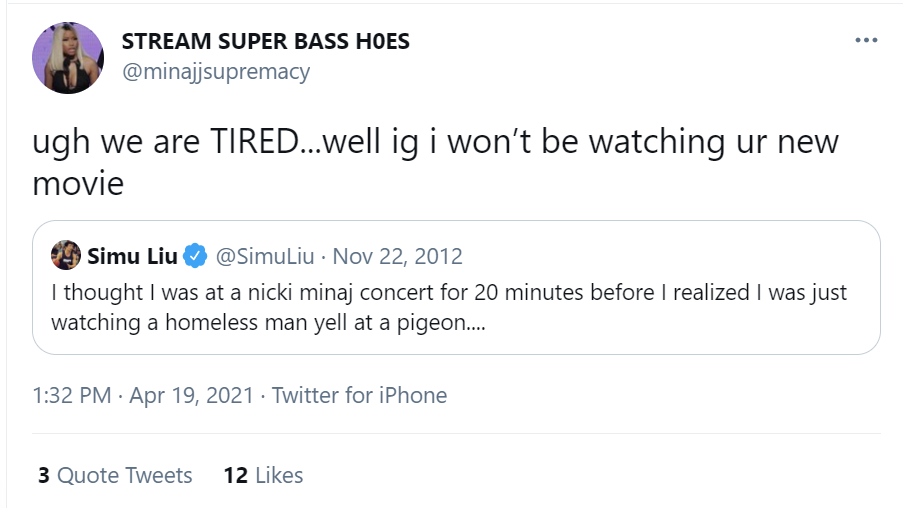 ClairoSpinach wrote, “Oh you are sick, Nicki was doing charity work and you tweeted that?! Oh you are down bad.” 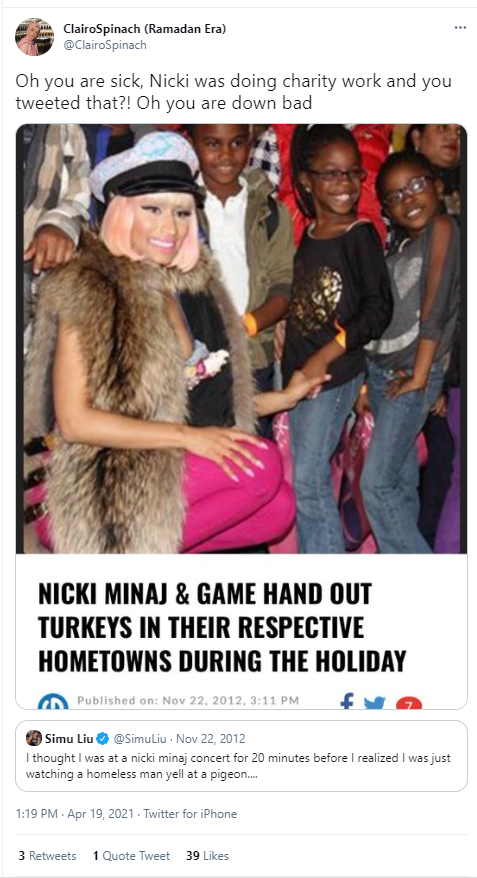 One user shared a video of Minaj and wrote, “F*** YOUR BIRTHDAY”

Still another shared a video meme of a ‘blocked message. They wrote, “*camera clicks*

One user wrote, “The microaggression in this tweet is very loud. Why did people find it okay to call black women men? There’s a lot to unpack here.” 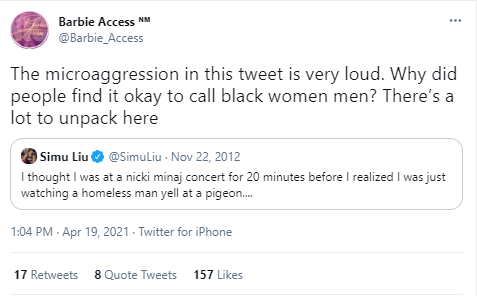 One user accused Liu of racism for the tweet.

They wrote, “I see alot of people with blm in their display name liking this tweet. you all going to hell.” 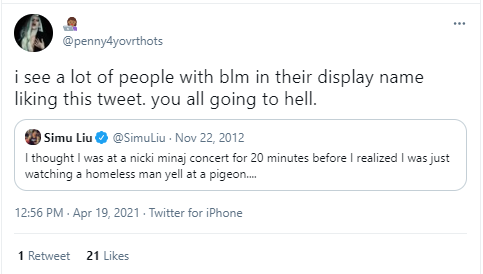 They added, “how is comparing a black woman to a loud homeless man not racist?”

What do you make of people going after Liu for this tweet?