Death Note 2 writer Greg Russo recently stated he plans to take the sequel film “back to the source material.”

The first film, which was released by Netflix back in 2017, was directed by Adam Wingard with a screenplay by Charles Parlapanides, Vlas Parlapanides and Jeremy Slater.

The film was panned by both critics and audiences. On Rotten Tomatoes it received a 38% rotten Tomatometer Score and a 24% Audience Score.

The weighted average score from IMDB users is a 4.5 out of 10 with over 20% of the votes being star votes. 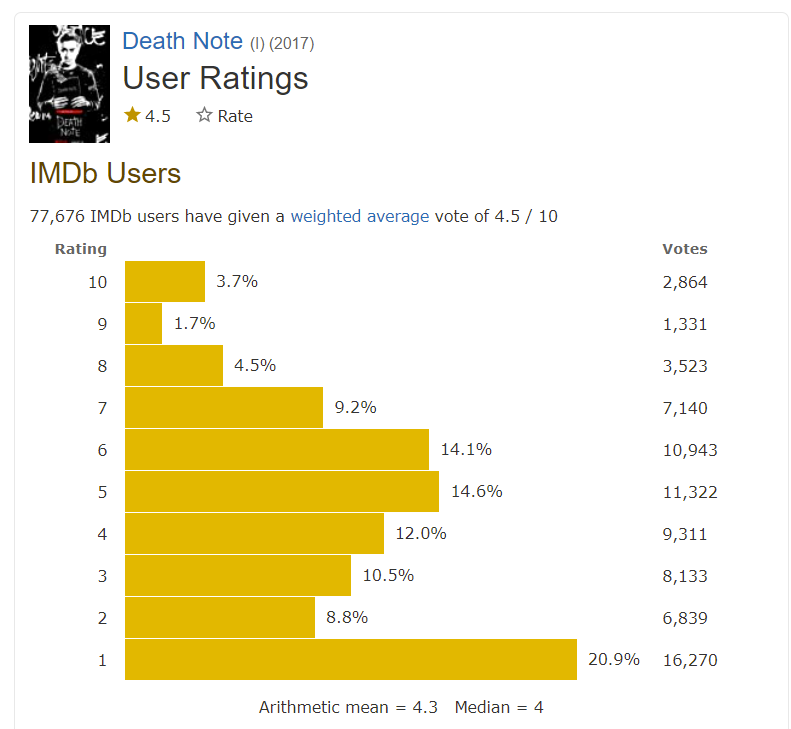 Despite both critics and audiences sharing their distaste for the film, The Hollywood Reporter claimed a sequel was in the works back in 2018.

There hasn’t been much development, but Mortal Kombat writer and the writer for the second film, Greg Russo, recently provided an update to We Got This Covered.

When asked about the difference between adapting properties like Mortal Kombat and Death Note, Russo answered, “It’s funny, because it sounds like a shift in genre but really, it comes down to the same things. It’s about adapting IP. It’s about bringing over an amazing piece of fan property and trying to do it right.”

Russo continued, “And so for me, I didn’t play any role in Death Note, the first film that Netflix did, but I came in with kind of a point of view with what I wanted to do in a sequel. And part of that is I wanted to go back to the source material.”

“I wanted to go back to what made the original stuff so great, and so we’re doing something really neat with it,” he elaborated.

Russo concluded, “Hopefully there will be more info on it soon, but it’s going to be… it’s not going to be exactly what you’re expecting. And I mean that in a very enticing way.”

He previously promised something unexpected from the film back in September 2020. 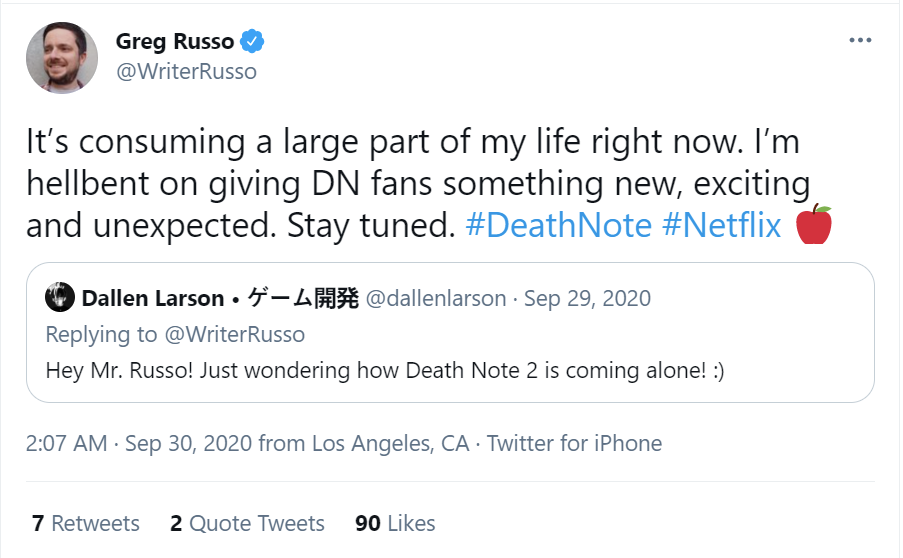 As for what the Death Note 2 film might look like, We Got This Covered claims that Netflix wants the movie “to be more horror-themed this time around.”

We Got This Covered’s David James writes, “A shift in tone might also be an indication that Death Note 2 is a soft reboot, with an entirely new character discovering the notebook and dealing with its consequences.”

If that is indeed the case, that could explain Russo’s comments about the movie not being exactly what you’re expecting after saying he wants to go back to the source material.

Do you have any interest in a second live-action Death Note film?