In one of the most baffling instances of critical race and social justice theory brain-poisoning to date, critics have become outraged after finding that a slave character in the light novel series Slave Harem in the Labyrinth of the Other World (Isekai Meikyuu de Harem o) was not dark-skinned, with some even going so far as to edit a cover featuring the character to depict her as black. 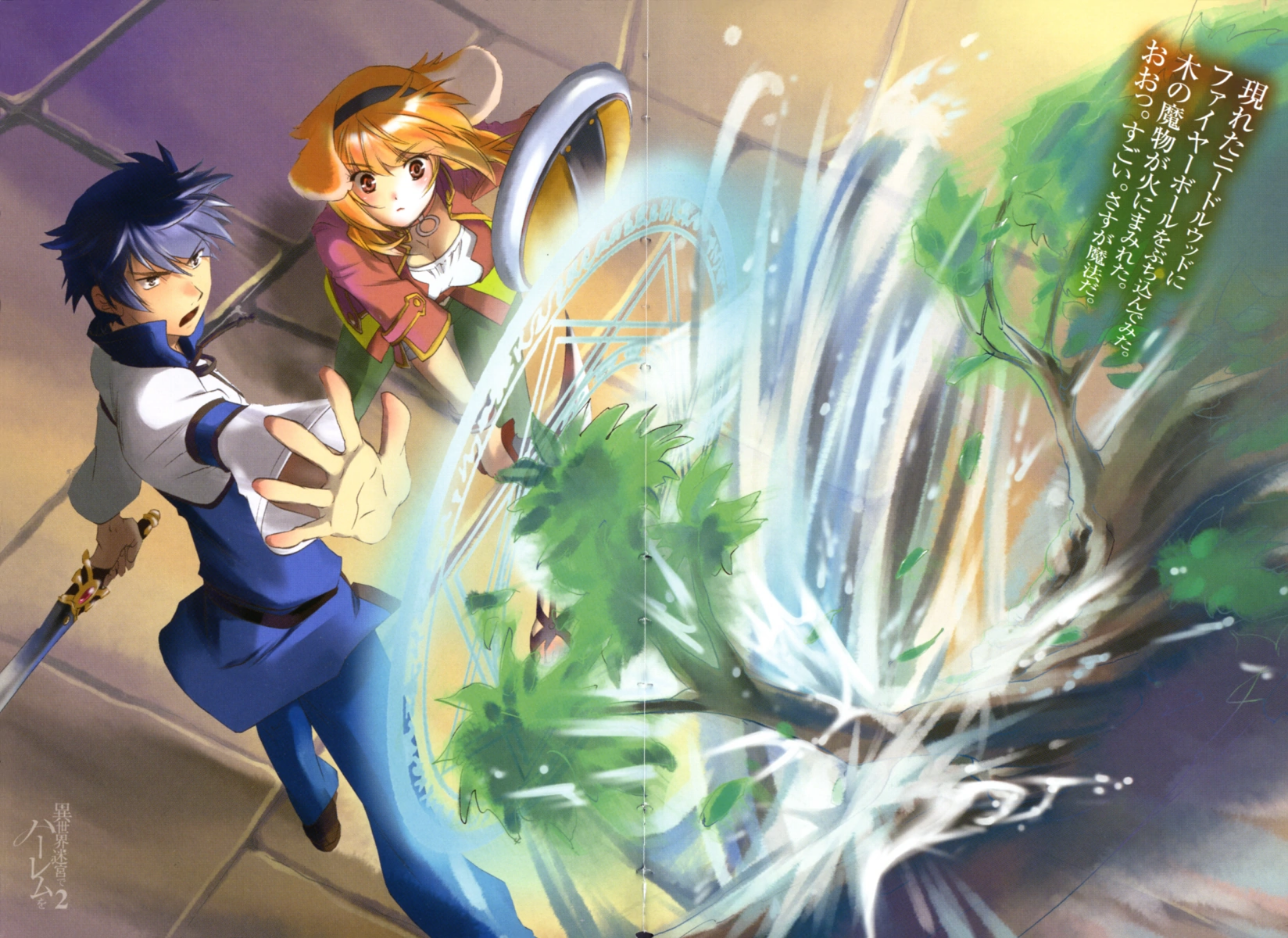 Source: Slave Harem in the Labyrinth of the Other World Vol. 2 (2013), Shufunotomo. Words by Shachi Sogano, Art by Shikidouji,

A light novel series written by Shachi Sogano and illustrated by Shikidouji, Slave Harem in the Labyrinth of the Other World follows high school student Michio Kaga, who after spending most of his life as a directionless internet recluse finds himself transported to a fantasy world wherein he discovers that he is privy to a number of bonus abilities that are unavailable to the world’s inhabitants.

Upon discovering he cannot return to his normal life, Michio vows to use his newly discovered abilities to carve out a name for himself in the virtual world, namely by engaging in the setting’s slave trade (one which affords the enslaved a number of protections not seen in such real-world situations, such as contractually requiring masters to treat their slaves fairly or the slaves to consent to being used sexually) in order to build himself an other-world harem. 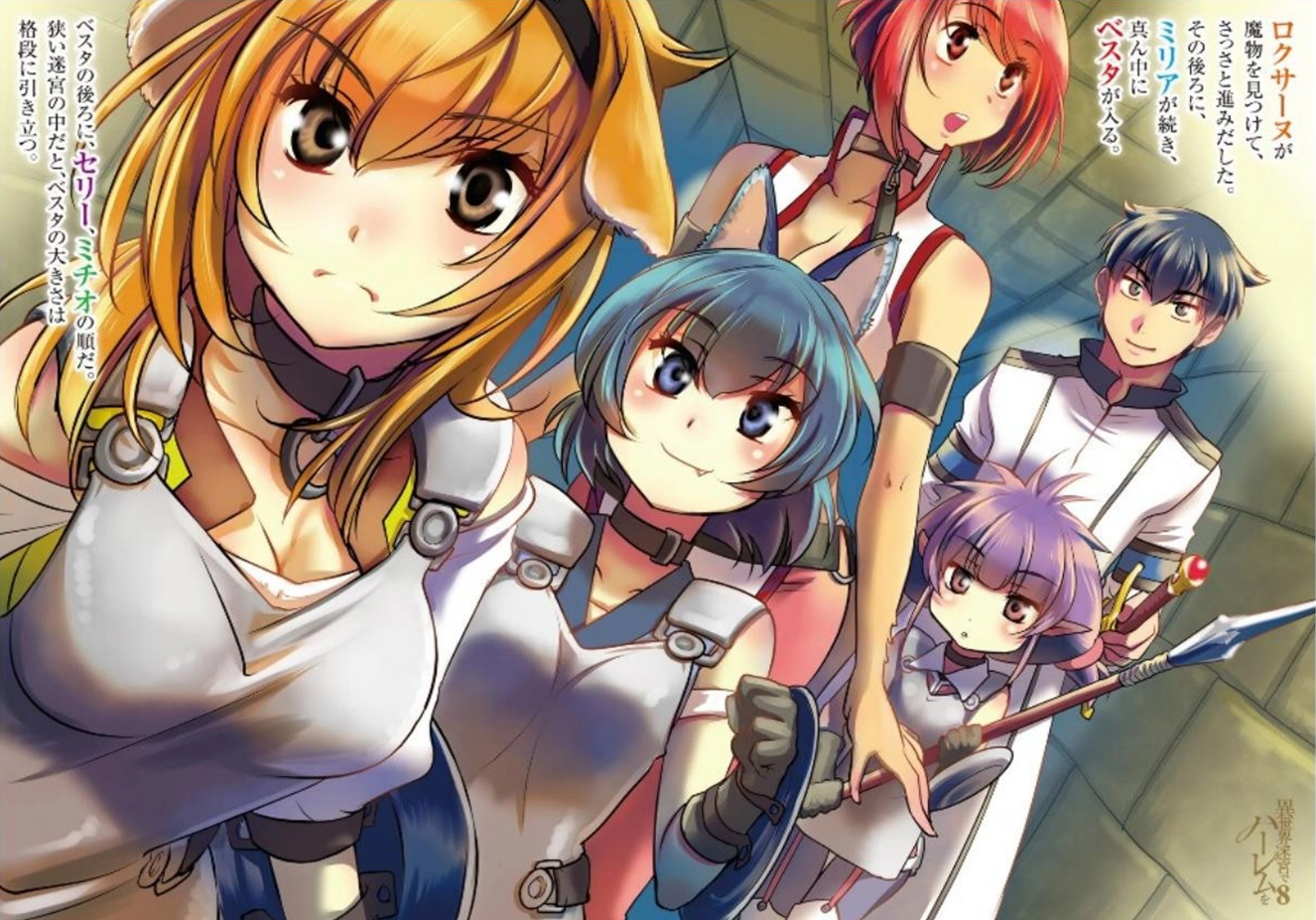 Source: Slave Harem in the Labyrinth of the Other World Vol. 8 (2017), Shufunotomo. Words by Shachi Sogano, Art by Shikidouji, 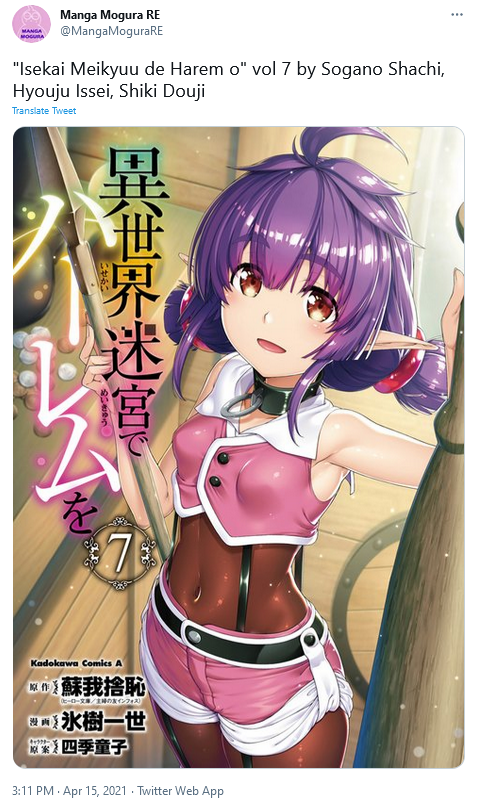 However, due to Twitter’s infamous cropping algorithm, the platform’s preview of the image centered on Sherry’s body-stocking-covered stomach and thighs rather than her face, which led a number of users to assume that the character was black. 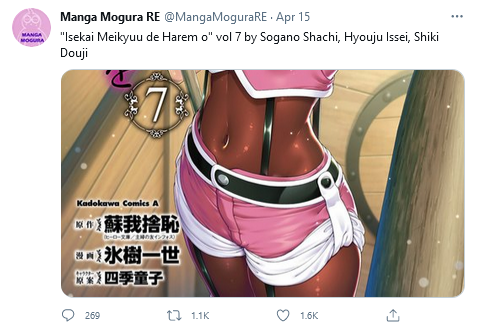 Upon viewing the full image and discovering that the young Dwarf girl was not black, a number of Twitter users became outraged at the fact that the series did not provide adequate ‘representation.’

@mrevaporation wrote, “Wow what a nice piece of art! Hopefully it shows off some good representat-“ alongside a meme image of the Marvel Cinematic Universe’s Tony Stark feigning surprise. 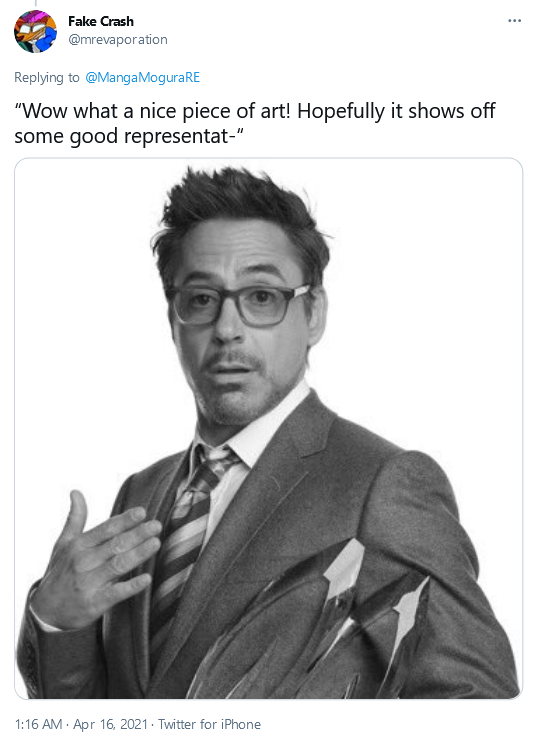 Representing their feelings with an animated GIF of a man opening a fridge only to roll his eyes in disappointment, @phoenixechoes said, “The amount of opening the picture with excitement and then being like.” 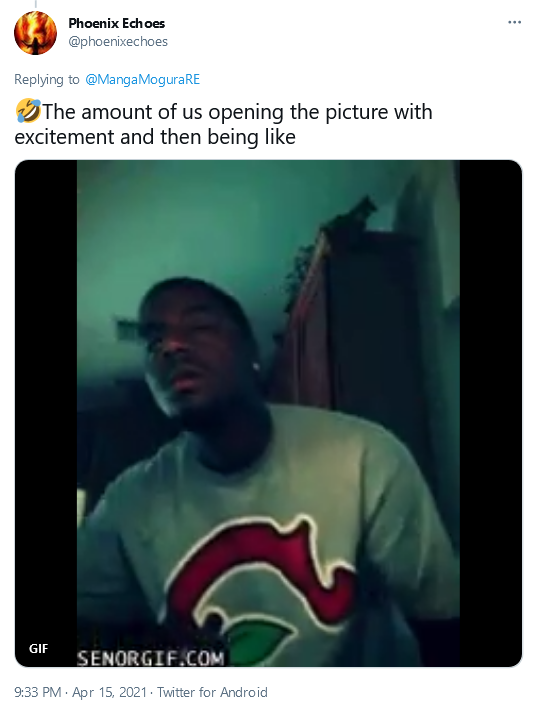 “this crop is f—ing sickening,” wrote @ayviebee. “ i feel ill im so upset.” 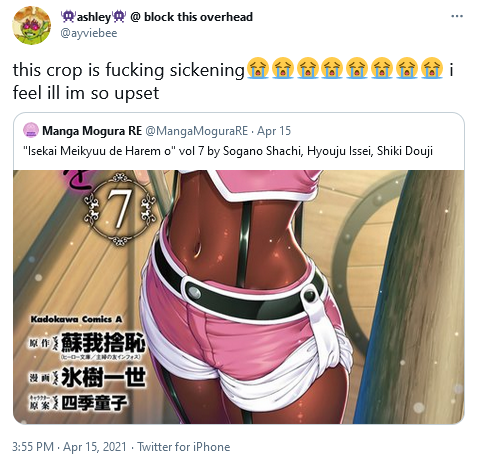 One user, @lulu_fuzzy, took their complaints a step further by bafflingly recoloring Sherry to be black, exclaiming alongside the edit that “IT HURT ME SO BAD I TRIED TO [FIX].” 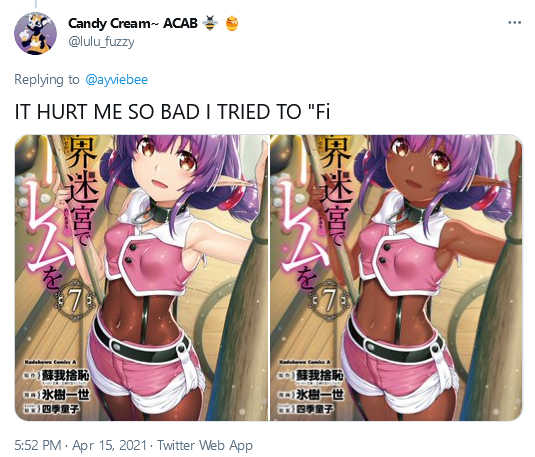 @coolguygp also made a similar edit to the cover, sharing their work with the ‘joking’ caption (denoted by the placement of a ‘/j’ at the end of their tweet), “this is a terrible edit but everything is now right in the world amen”. 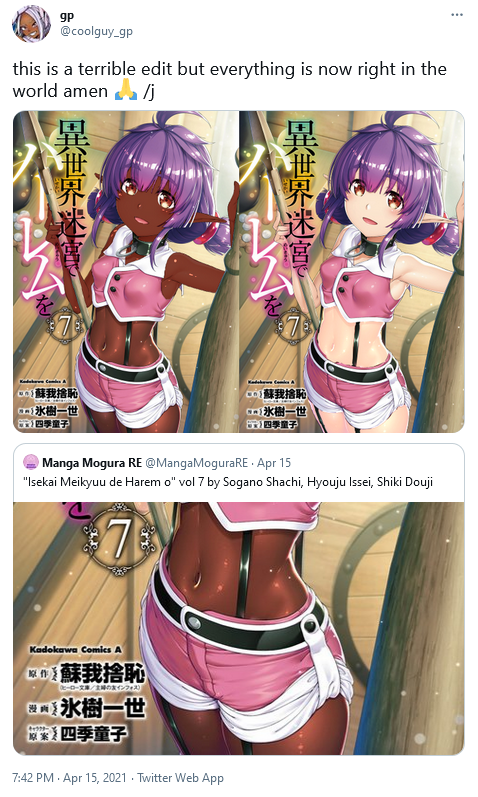 @coolguygp would later claim that their only intent behind the edit was “to see what itd look like if her top and bottom half matched”. 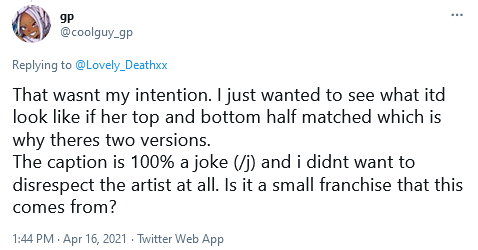 Eventually, the criticism caught the attention of the Manga Mogura account owner, who simply noted that “All these comments are very confusing to me…” 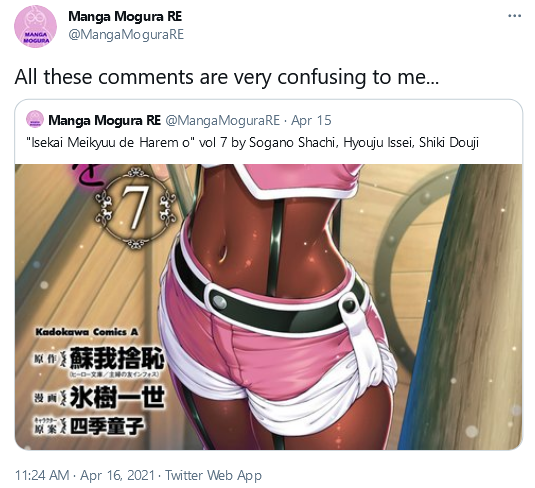 What do you make of the backlash against Sherry’s cover appearance? Let us know your thoughts on social media or in the comments down below!