Arkhaven Comics and lead editor Vox Day announced all 17 titles that will be available on the Arktoons web comic platform as it launched with five new titles today.

The site, found at Arkhaven.com, launched with Alt-Hero, Midnight’s War, Deus Vult, The Hammer of Freedom, and Go, Monster Go. Each of these titles will release new episodes every Wednesday. 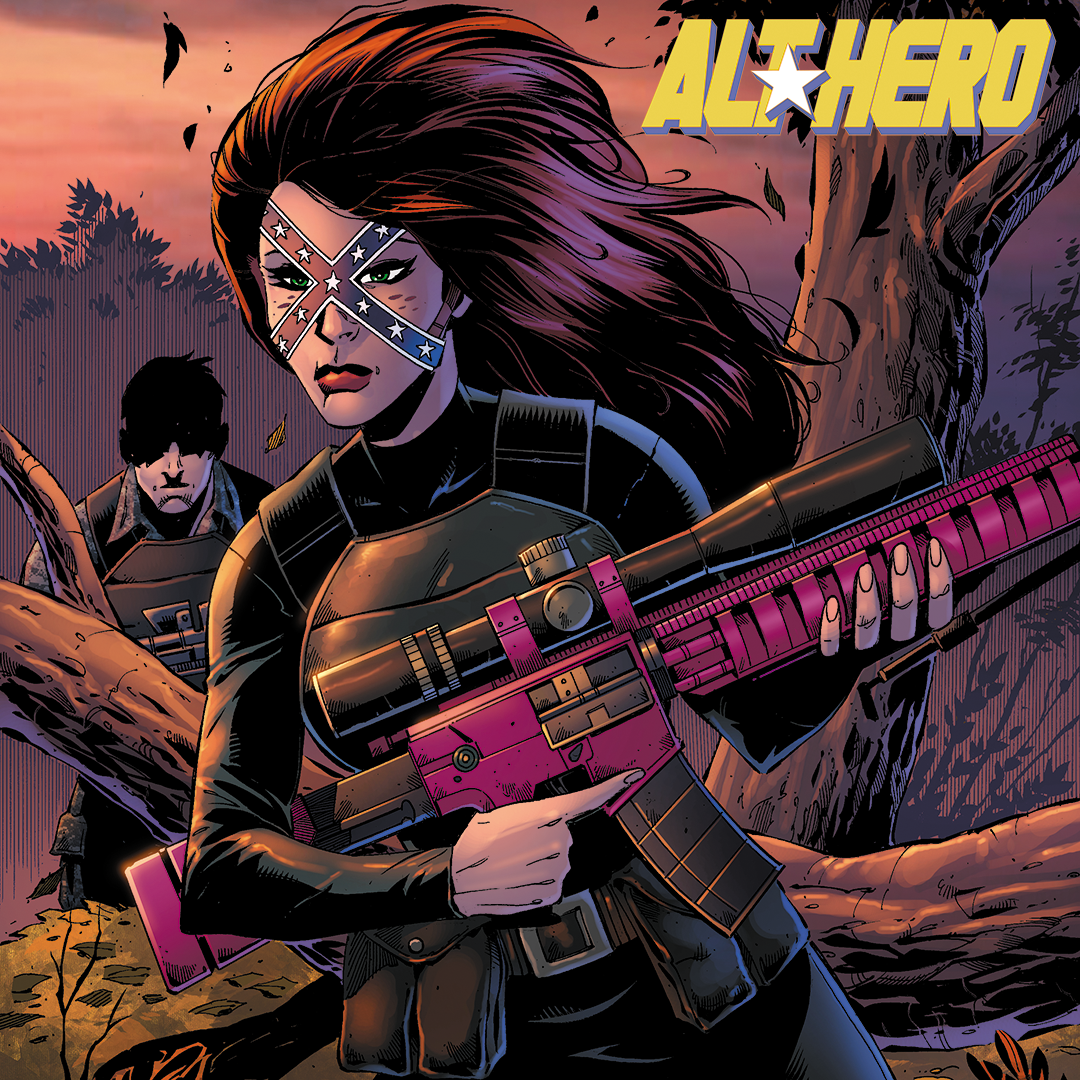 On Thursday, the site will feature A Throne of Bones and Ascendant. Like the first five, they will release new episodes weekly.

The titles for Friday include Shade and Hypergamouse. Again, they will also release new episodes weekly.

On Saturday, the sight will feature Quantum Mortis and Clockwork Dancer. Sunday sees the release of Swan Knights Saga and Chicago Typewriter.

Gun Ghoul and The Cosmic Warrior arrive on Monday. And The Awakener and Chuck Dixon’s Avalon drop on Tuesday. See below for more detailed information about the first five series. 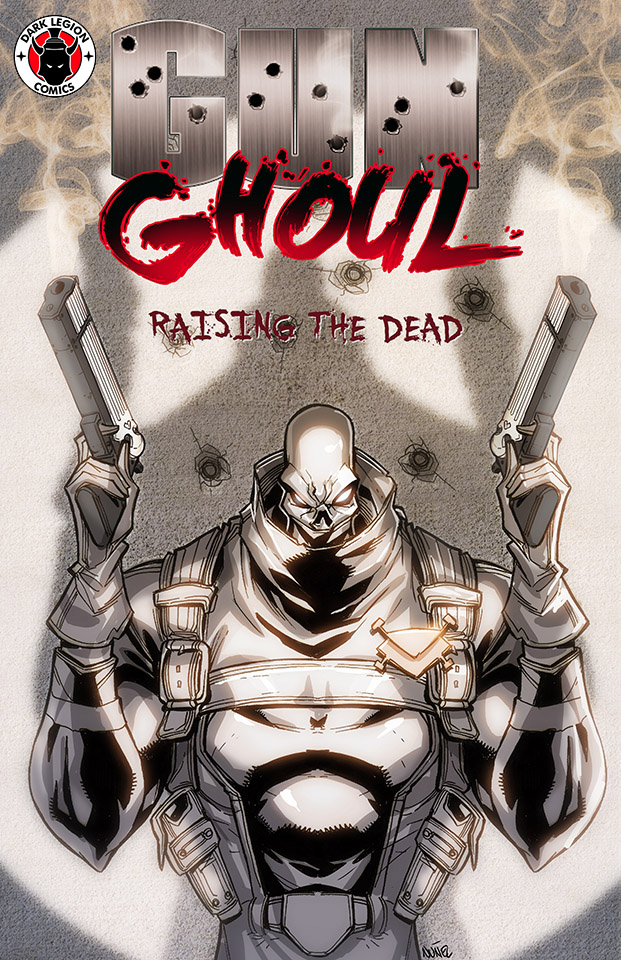 In a press release, Arkhaven Comics detailed that “in addition to the 17 series that have been announced, an additional 17 comics from Arkhaven Comics, SuperPrumo, and other publishers are already scheduled for release and will be announced over the next week on the date of their first appearance on the new digital comics site.”

As noted above, Arkhaven promises that “every Arktoons title will run weekly episodes, and the site is expected to feature more comics content in the first month alone than was solicited by DC Comics in May.”

Arktoons is a free to view website. However, it does a have a subscription model. Subscription options range from $5 to $50 per month and allow subscribers to support the creation of the comics as well as “various rewards that will be announced in the coming months.” 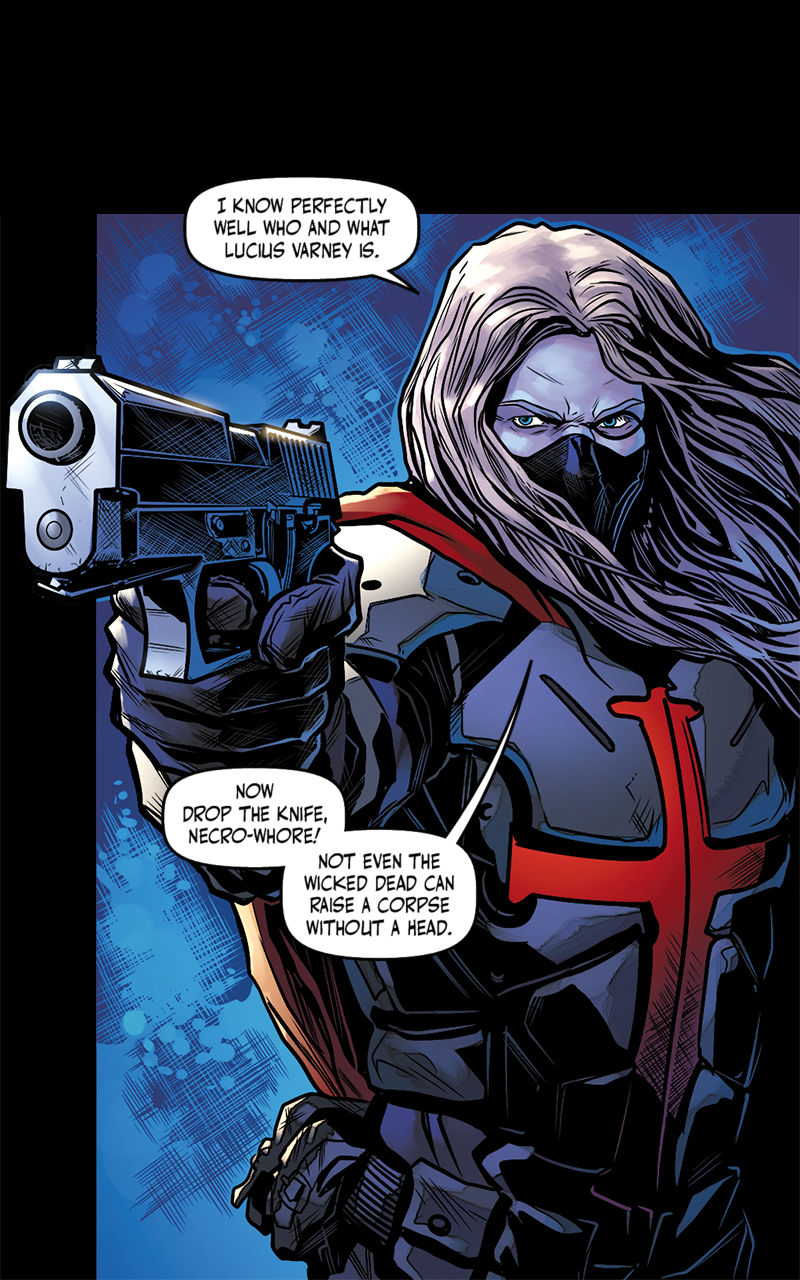 The press release is emphatic that “there is no paywall and no subscriber-exclusive content.”

Day commented on the platform’s model saying, “We’re not interested in limiting the availability of the content.”

He added, “We’ve seen this content support model utilized successfully in several other industries, and we know that people understand the importance of backing comics content they actually want instead of limiting themselves to the converged content imposed by huge corporations that hate them.”

In fact, Arkhaven touts the platform “already has more than 30 percent of the subscribers it believes it needs in order to establish what Arkhaven Lead Writer Chuck Dixon describes as a ‘perpetual production model.'” 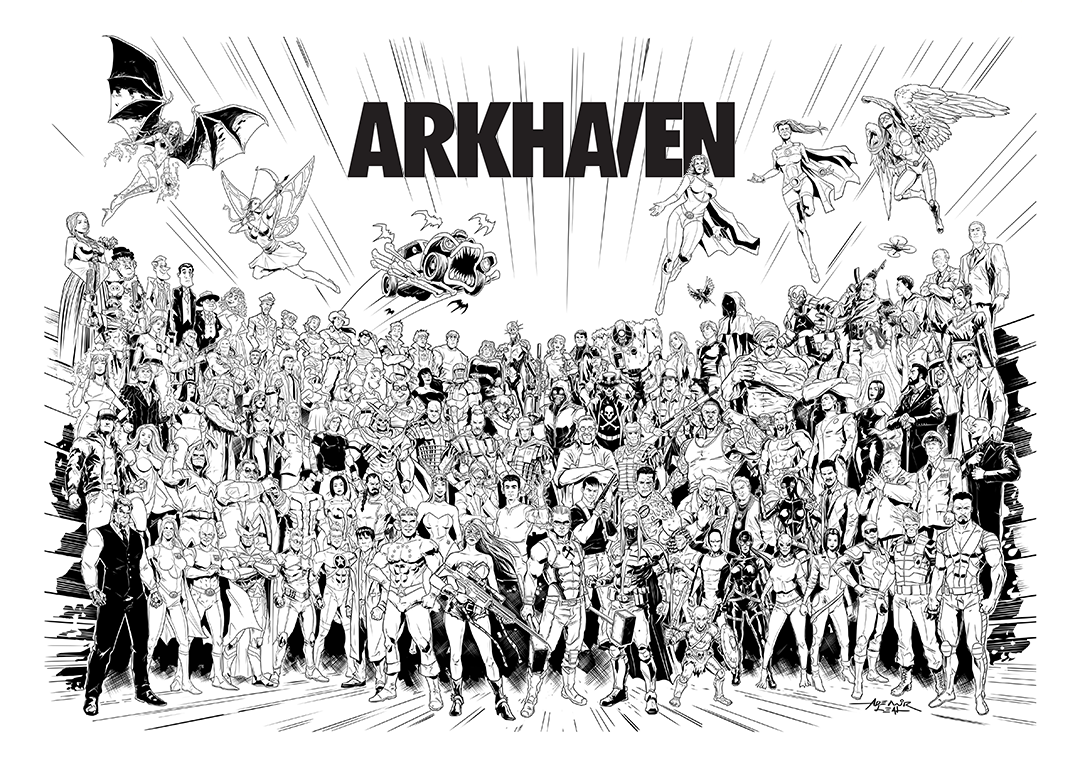 Dixon, who created the infamous Batman villain at DC Comics and has renowned runs on Batman, Nightwing, The Birds of Prey, and The Punisher, is extremely excited about Arktoons.

He said, “This is all about producing more new stories, more new content.”

“This isn’t like when I was just a cog in the machine at Marvel or DC. This is pure comics creation with no gatekeepers or coporate careerists in the way,” he continued.

“This is total creative freedom without limits, other than the challenge of staying ahead of our small army of illustrators. But that’s where I live.” 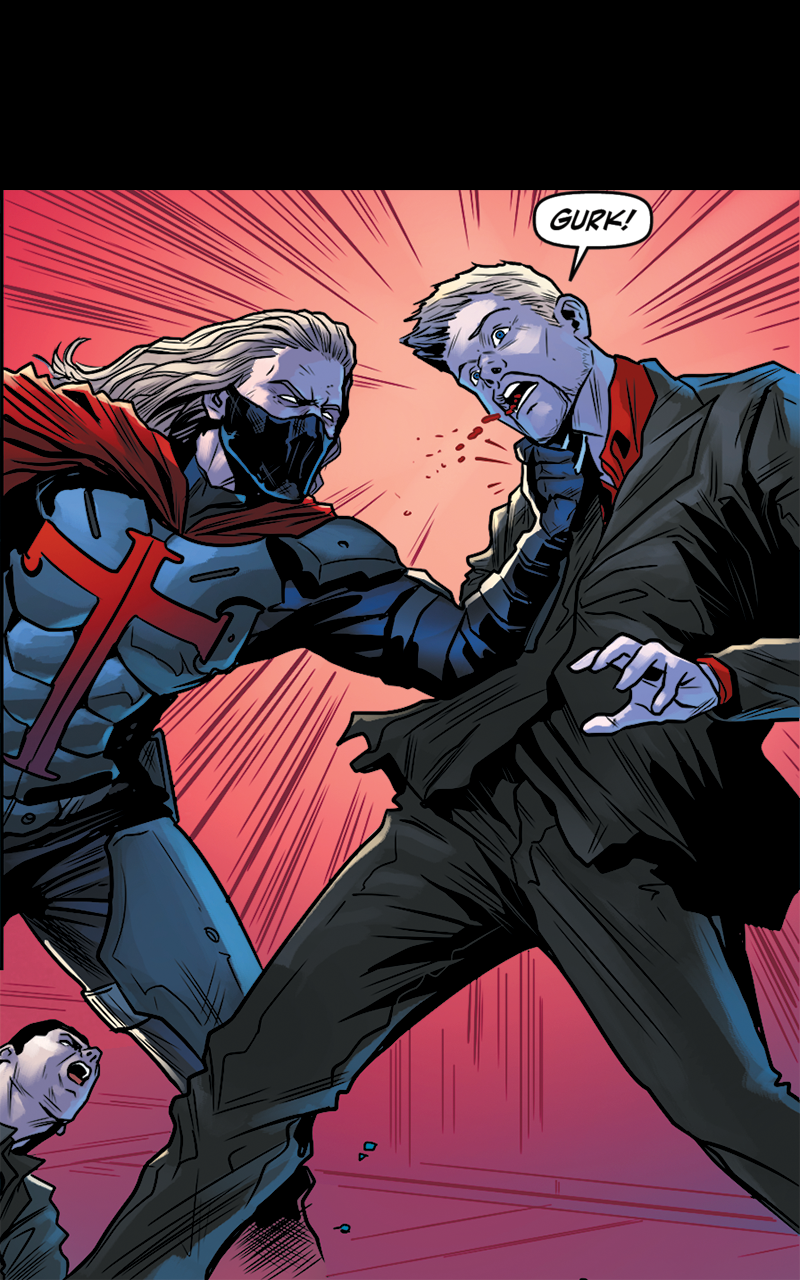 However, the content must meet Arktoon’s standards which are “no sex, no satanism, no social justice.”

If you are worried about Arktoons might favor Arkhaven Comics, SuperPrumo, Dark Legion, and Rislandia with its algorithm, Arkhaven promises, “that its algorithms will be fair, and will not favor publisher-created content over independent creators.”

For those interested in publishing on Arktoons, you are encouraged “to email descriptions, three sample frames at 1080-wide resolution, and links to their existing content to [email protected]”

Day says, “We expect Arktoons to be the go-to site for high-quality comics content by the end of the year.”

“And if you can write better stories than The Legend, then we definitely want people to be able to read them on Arktoons, whether you happen to publish with Arkhaven or not. Because great stories belong to the world,” he added.

Here’s more information on each of the 17 titles that will release over the next week on Arktoons. 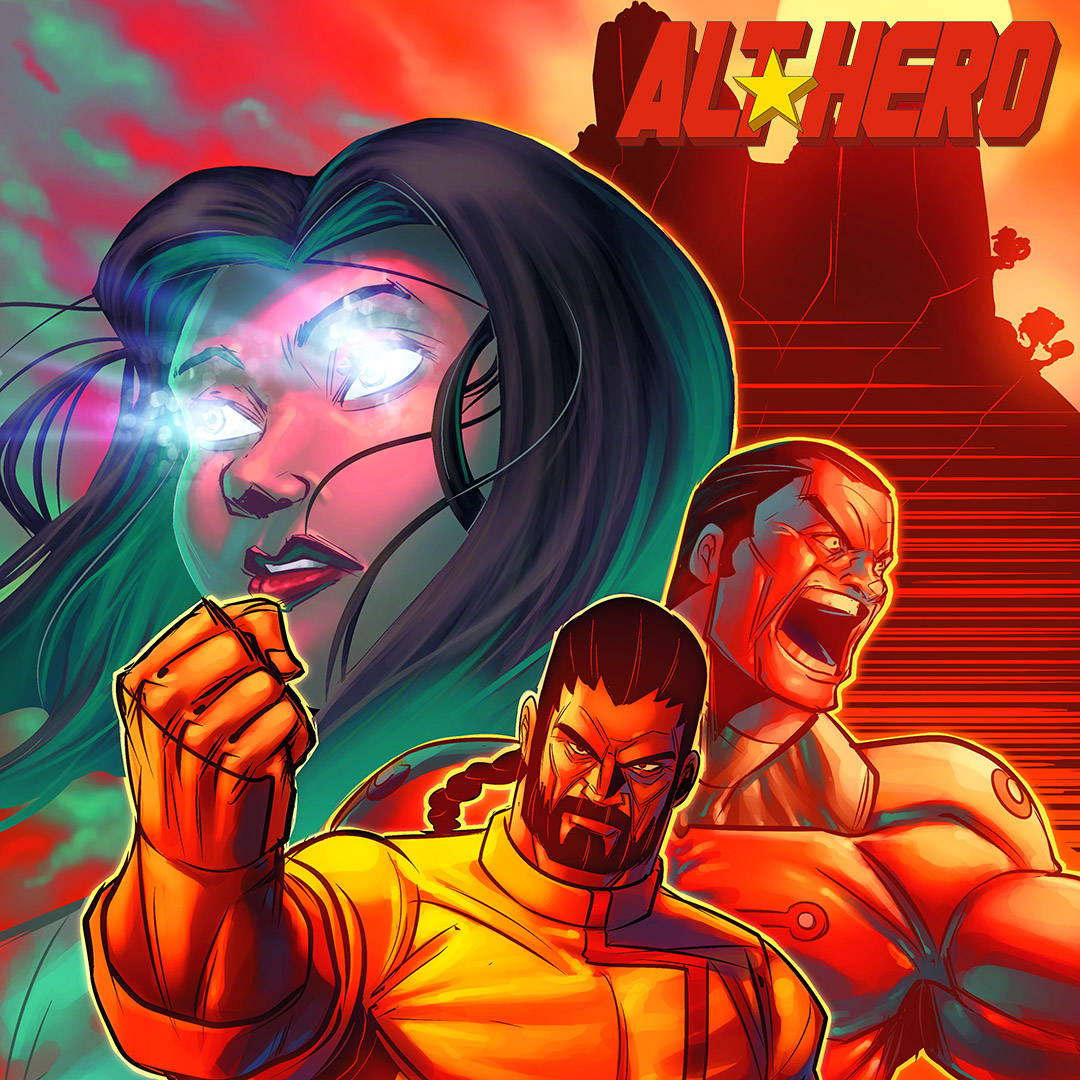 Alt-Hero is by Vox Day from Arkhaven Comics.

The dawn of the era has led to a new arms race, albeit one that involves superhumans instead of super weapons. But while the United States has signed the Singapore Convention allowing the United Nations control over its superhumans, its biggest military rivals have not.

So when the Commandant of the U.S. Marine Corps learns that a team of Chinese superheroes is operating on the North American continent, he has no choice but to call in the Force Recon team of secret superhumans whose existence is not even known to the Pentagon. Alt★Hero is the first in an exciting new line of superhero comics from Arkhaven Comics. 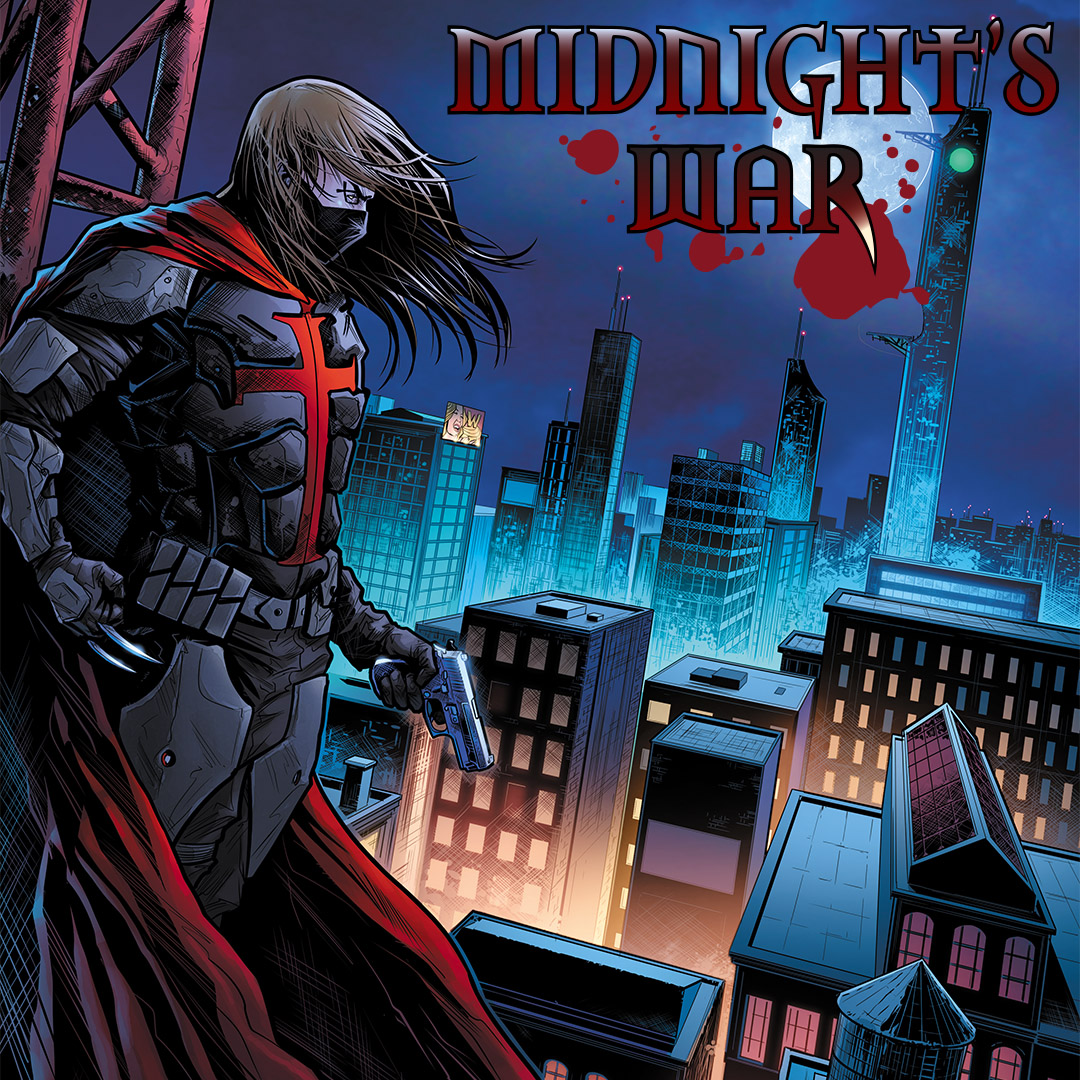 Midnight’s War is by Vox Day and Chuck Dixon from Arkhaven Comics.

In the year 8466 of the Cainite calendar, in the aftermath of a catastrophic global economic crisis, the vampire tribes came out of the shadows for the first time in more than 2,600 years and revealed themselves to an unsuspecting humanity. With near-complete control of the media, the national governments, the global financial system, and helpless to resist the vampiric bid for power.

The Hammer of Freedom 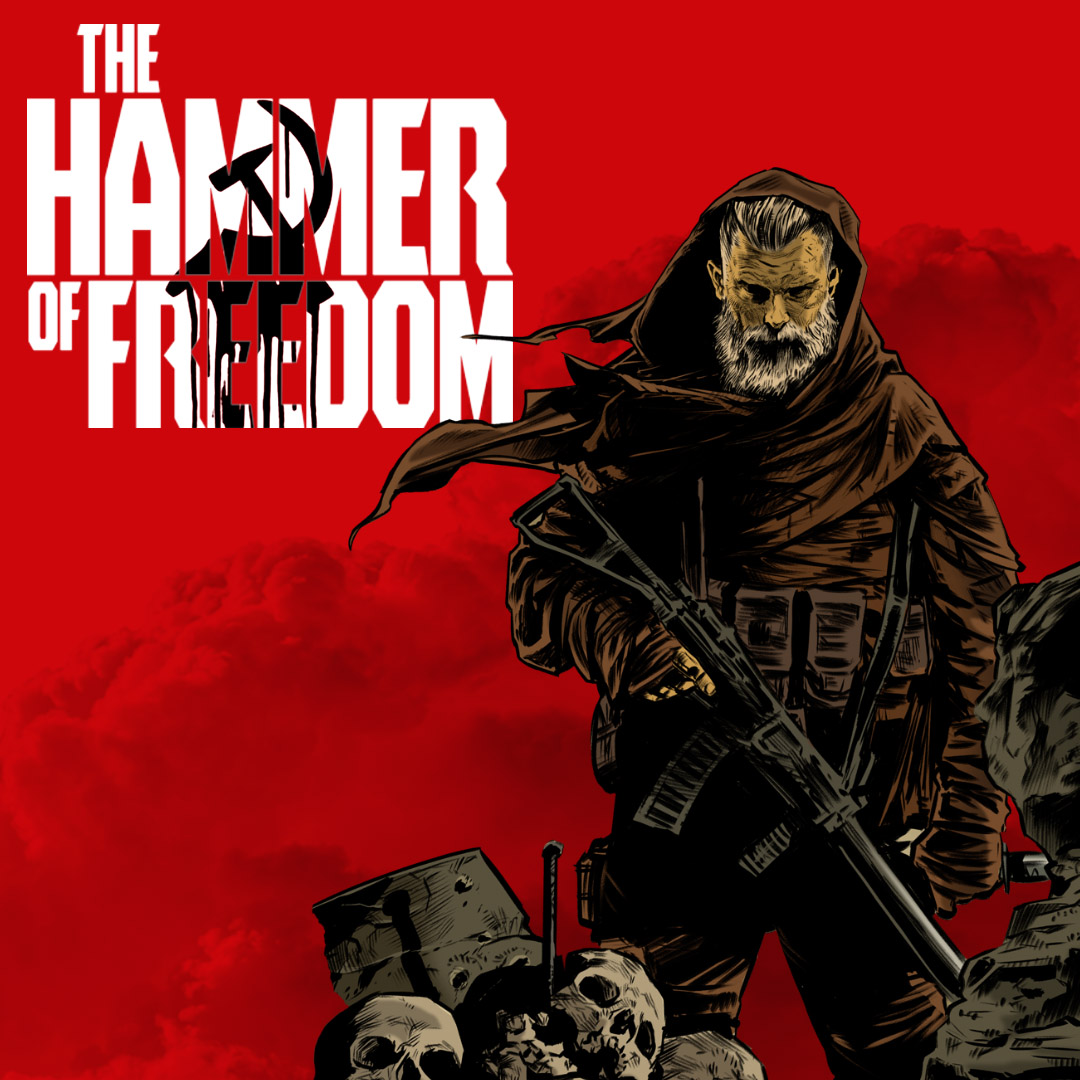 The Hammer of Freedom is by Luciano Cunha from SuperPrumo.

Every record has been destroyed or falsified. Every book has been rewritten. Every picture has been repainted. History has stopped. Nothing exists except the endless present and there is nothing that stands against the end of history and the enslavement of Man.

Except for The Hammer of Freedom 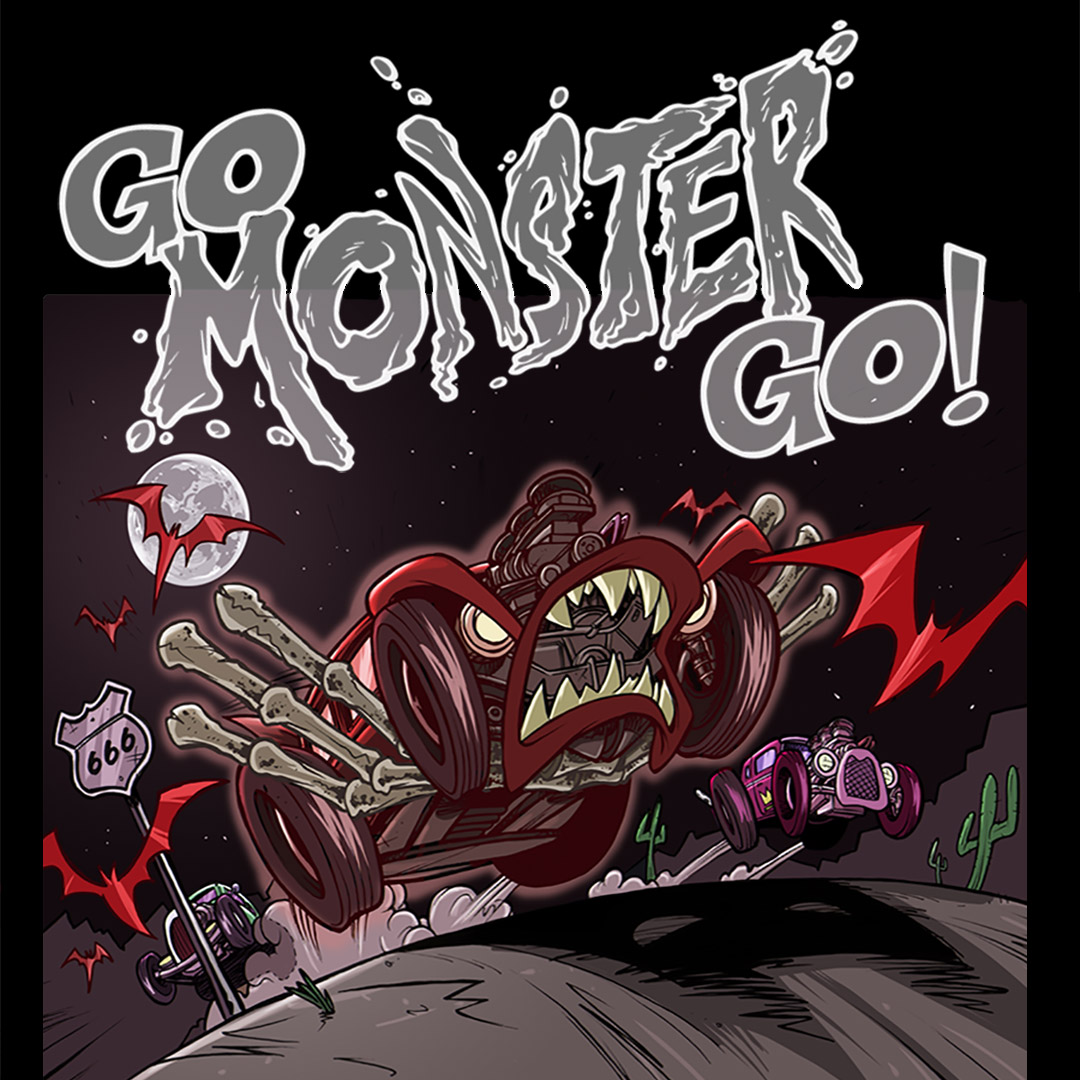 Out in the desert of Caliente Springs, not far from Route 66 young men get their kicks drag racing their souped-up speedsters for girls, money, pride, and fame. But they are haunted by the legend of the Ghost Car, a 1954 Chevrolet that has an evil mind of its own.

Go Monster Go! is a brand new comic created by The Legend Chuck Dixon and illustrated by Timothy Lattie specifically for Arktoons. 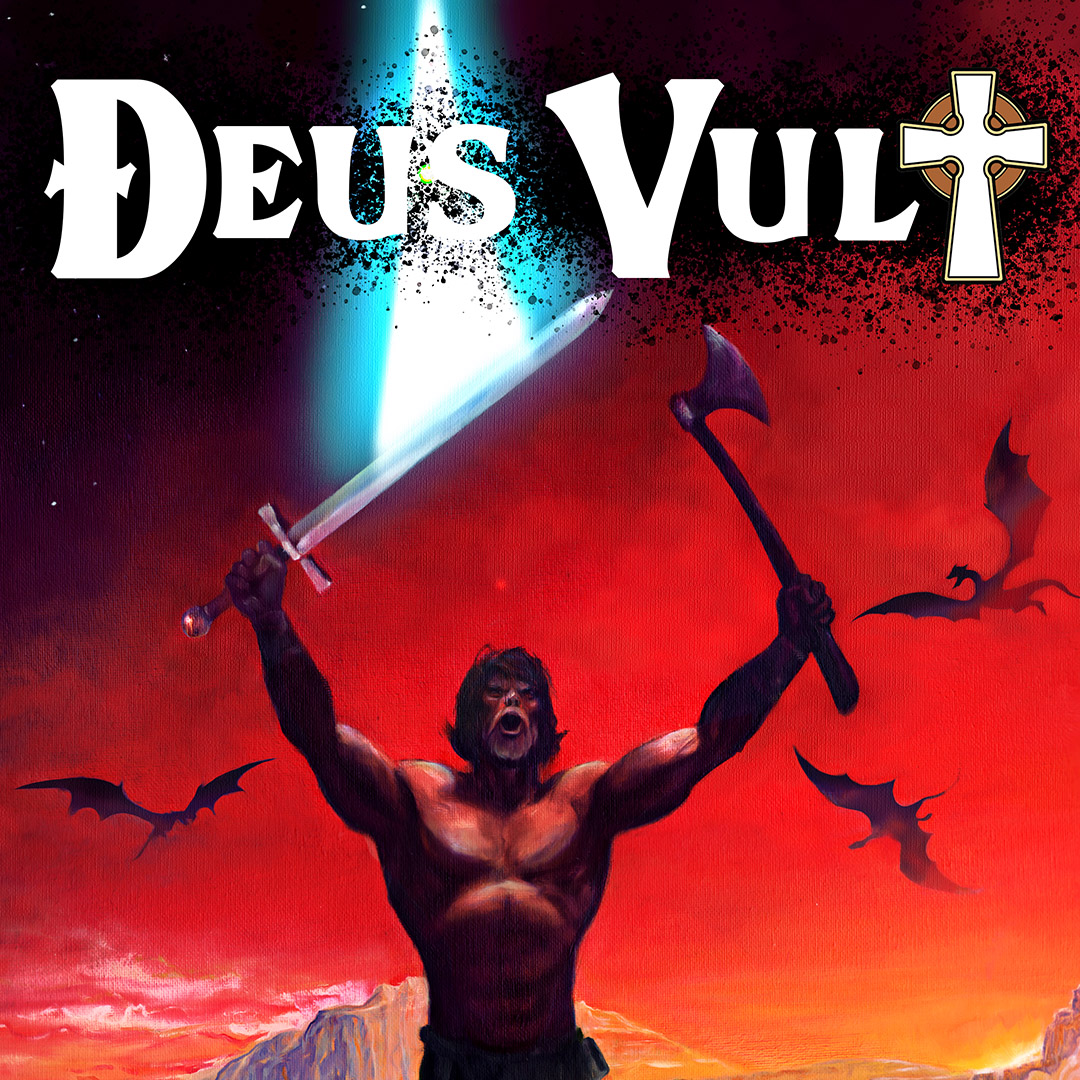 Sir Domingo, Spanish Knight and Holy Crusader, is blessed with a vision on his return from his triumphant conquest in the Holy Land. The Holy Grail appears in the sky, leading him on an adventure to another realm where demons and monstrosities lay waste to all of creation.

He discovers a strange race of people called the Kityin, who seem more kin to Earth’s cats than they do humanity. He alone can lead them to salvation and away from the tyrannical rule of The Demon King.

Should he fail, not only the Kityin but all the people of all the realms will be destroyed!

You can see cover art for the other 12 titles below. 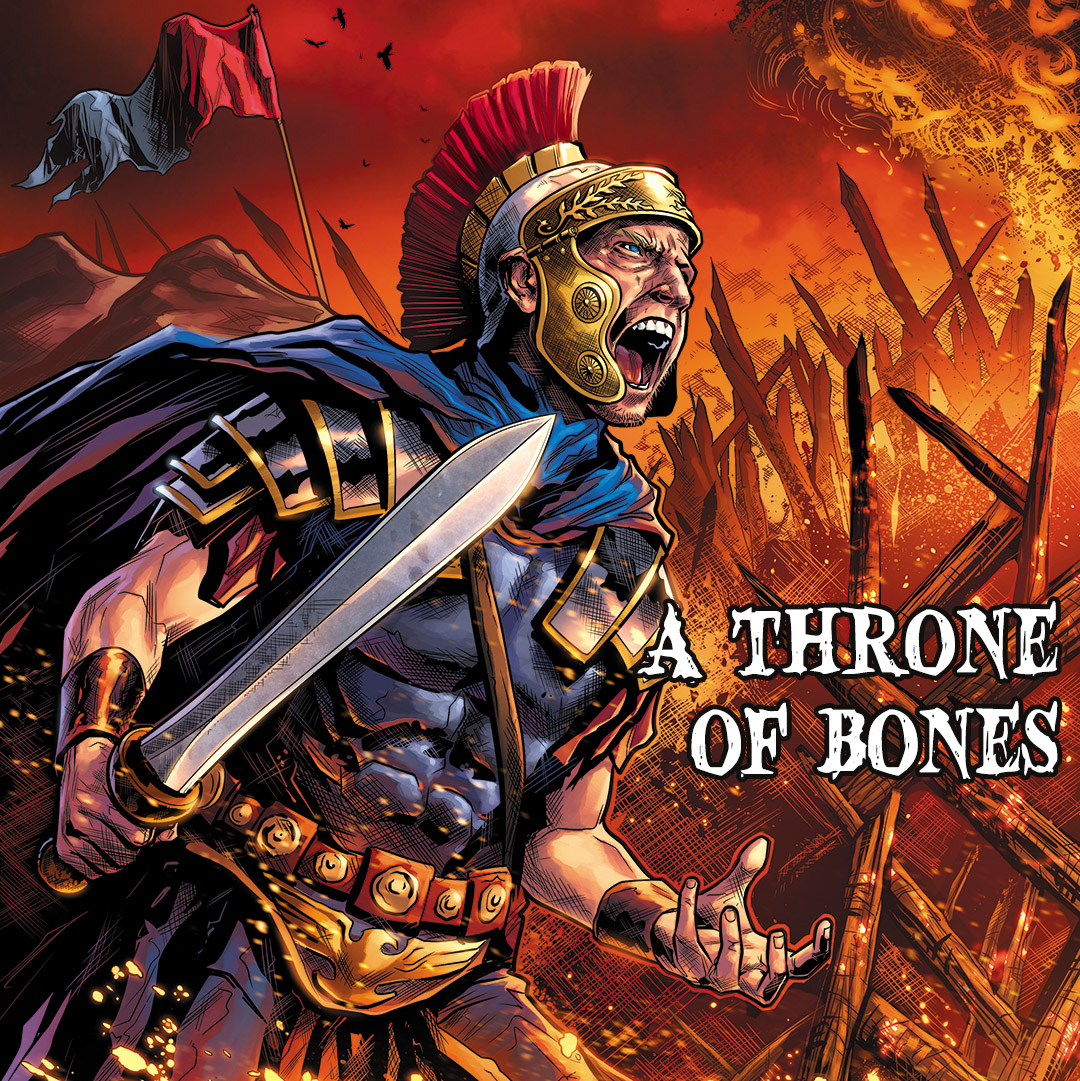 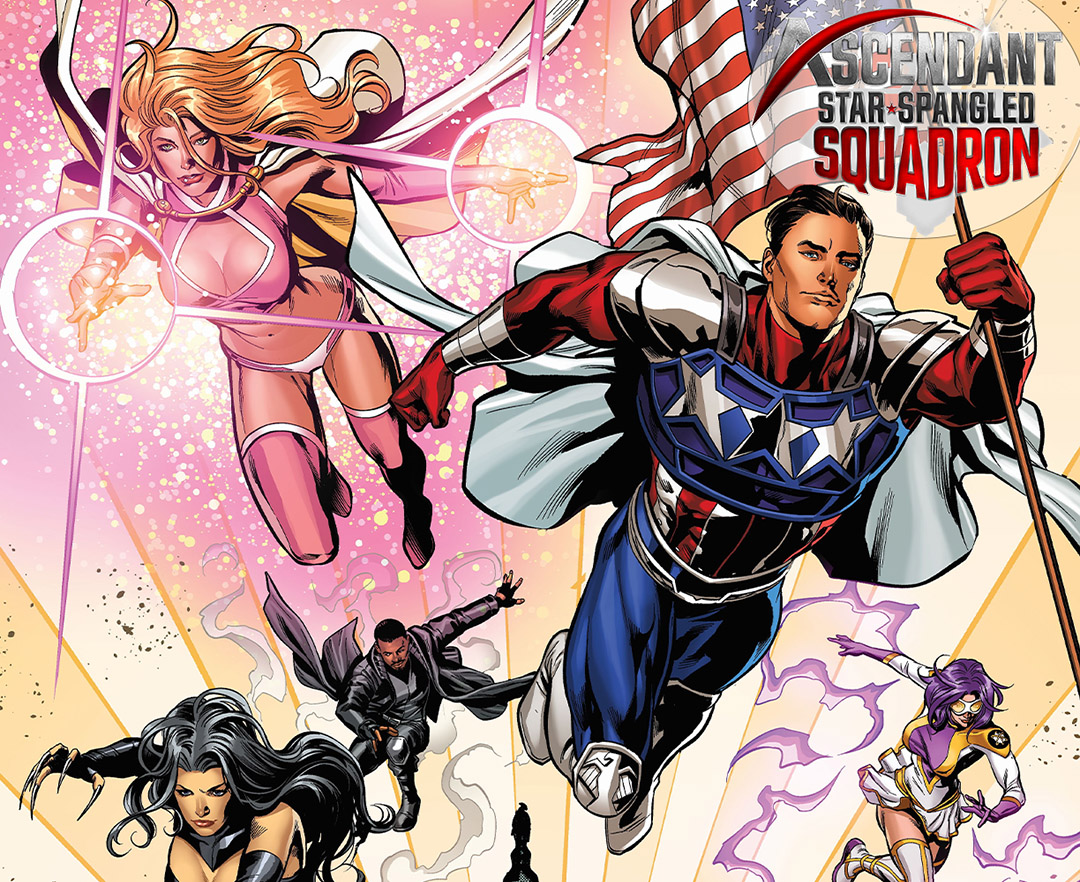 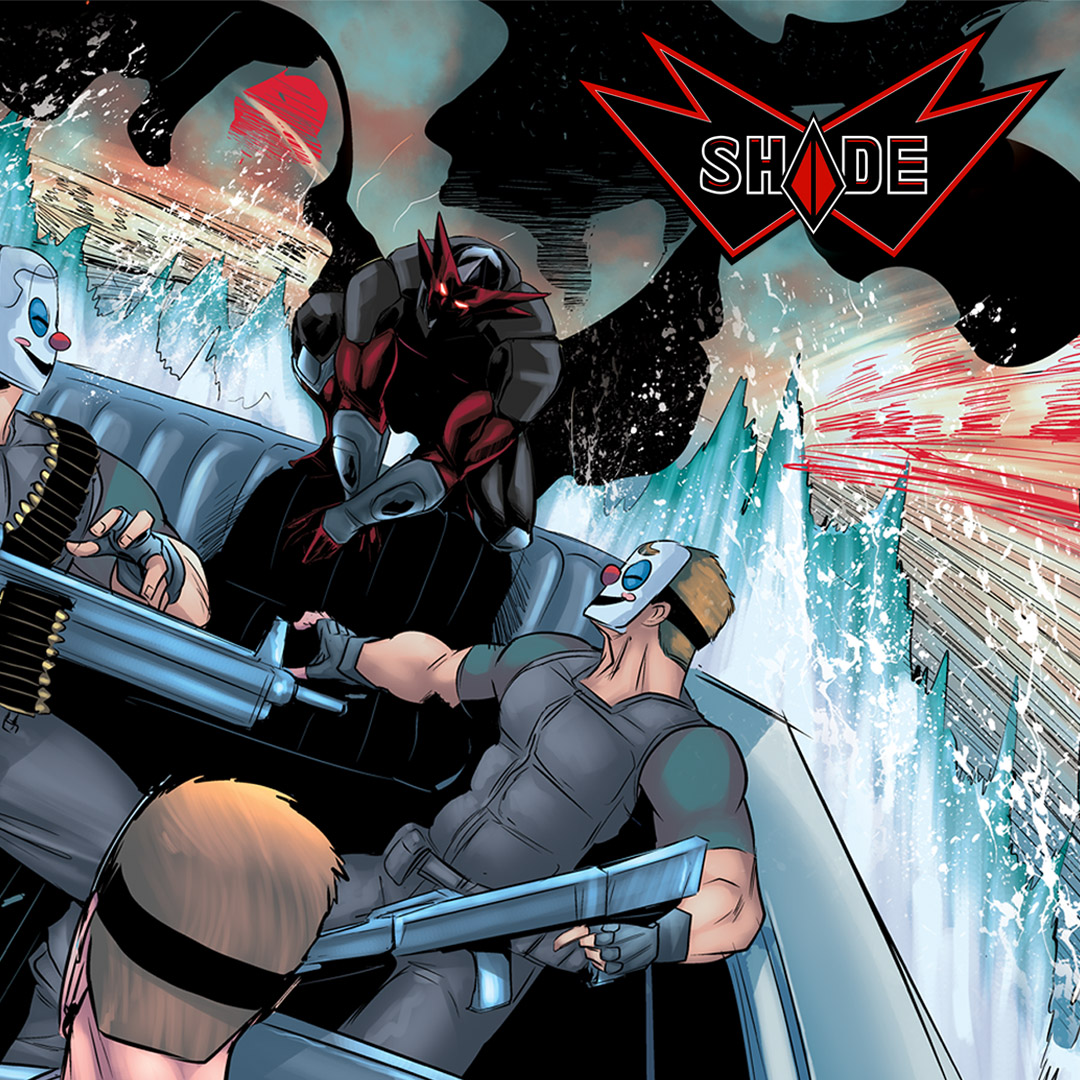 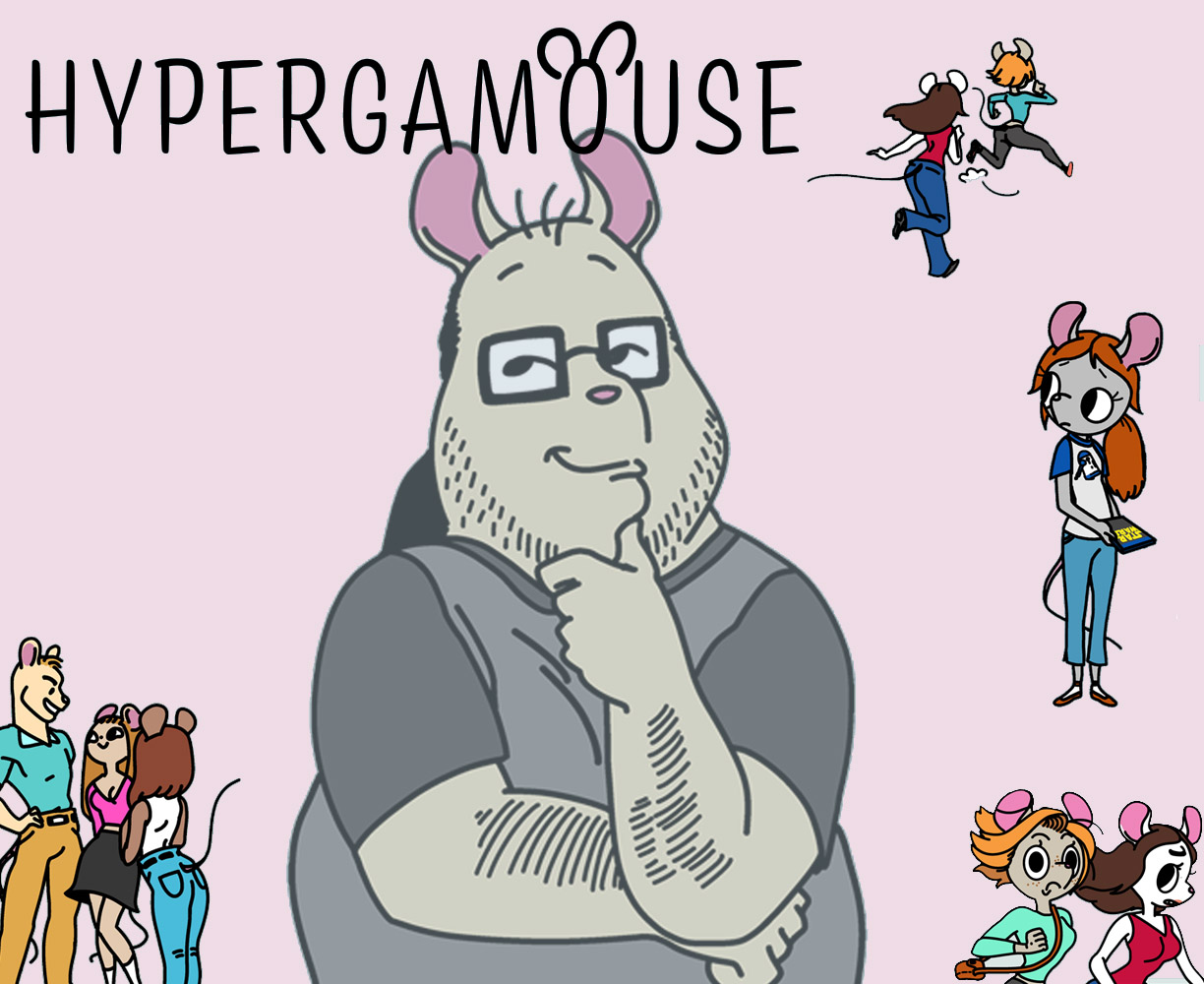 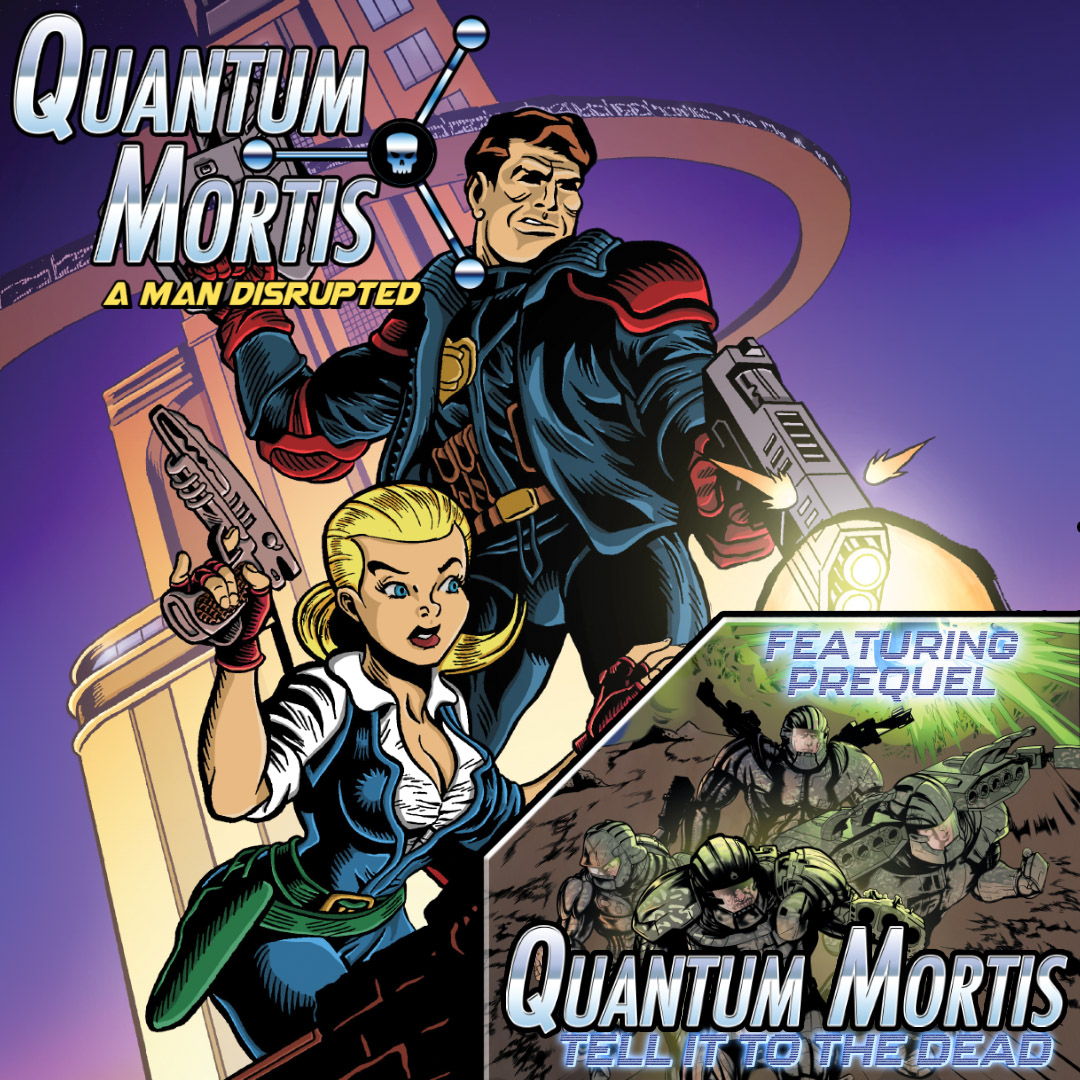 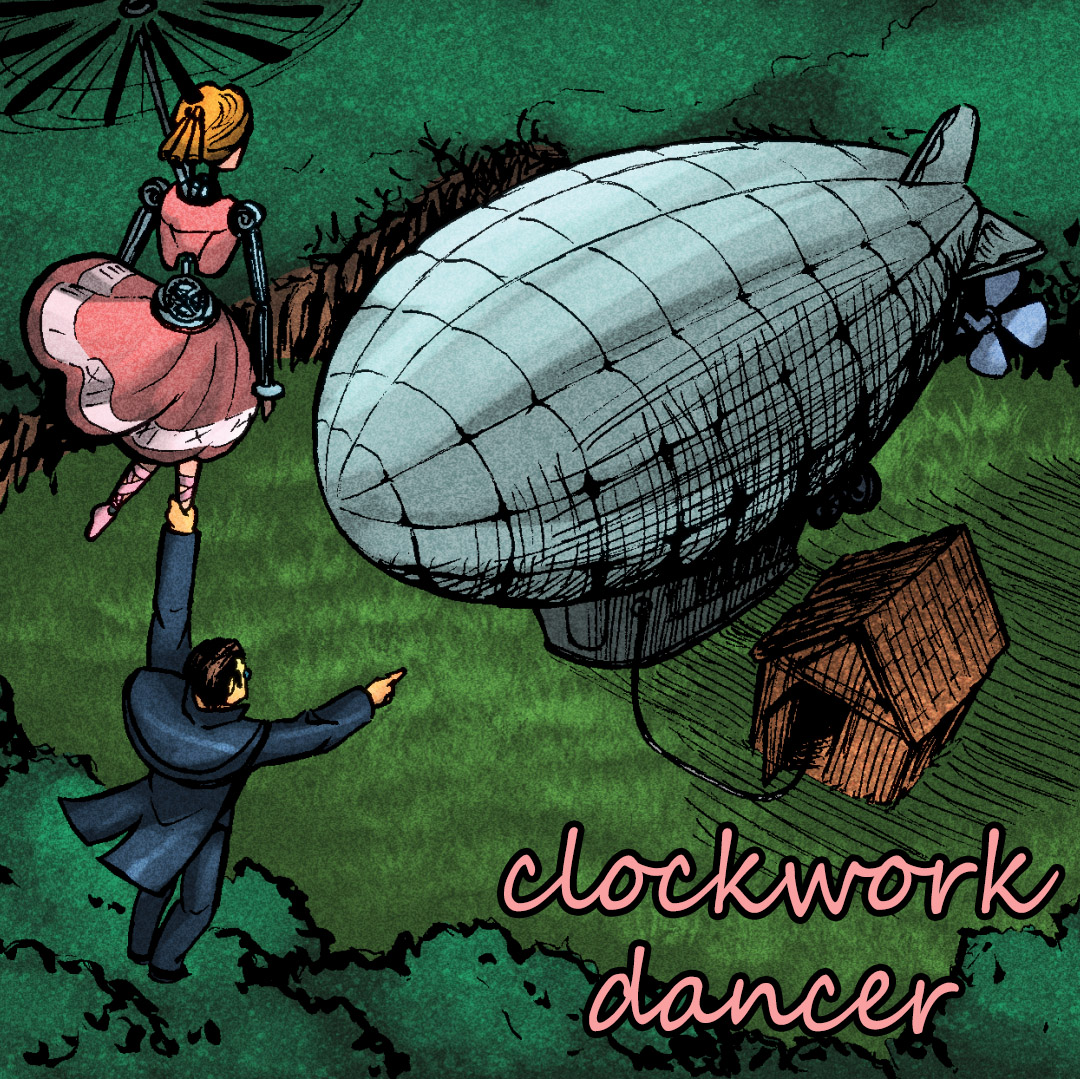 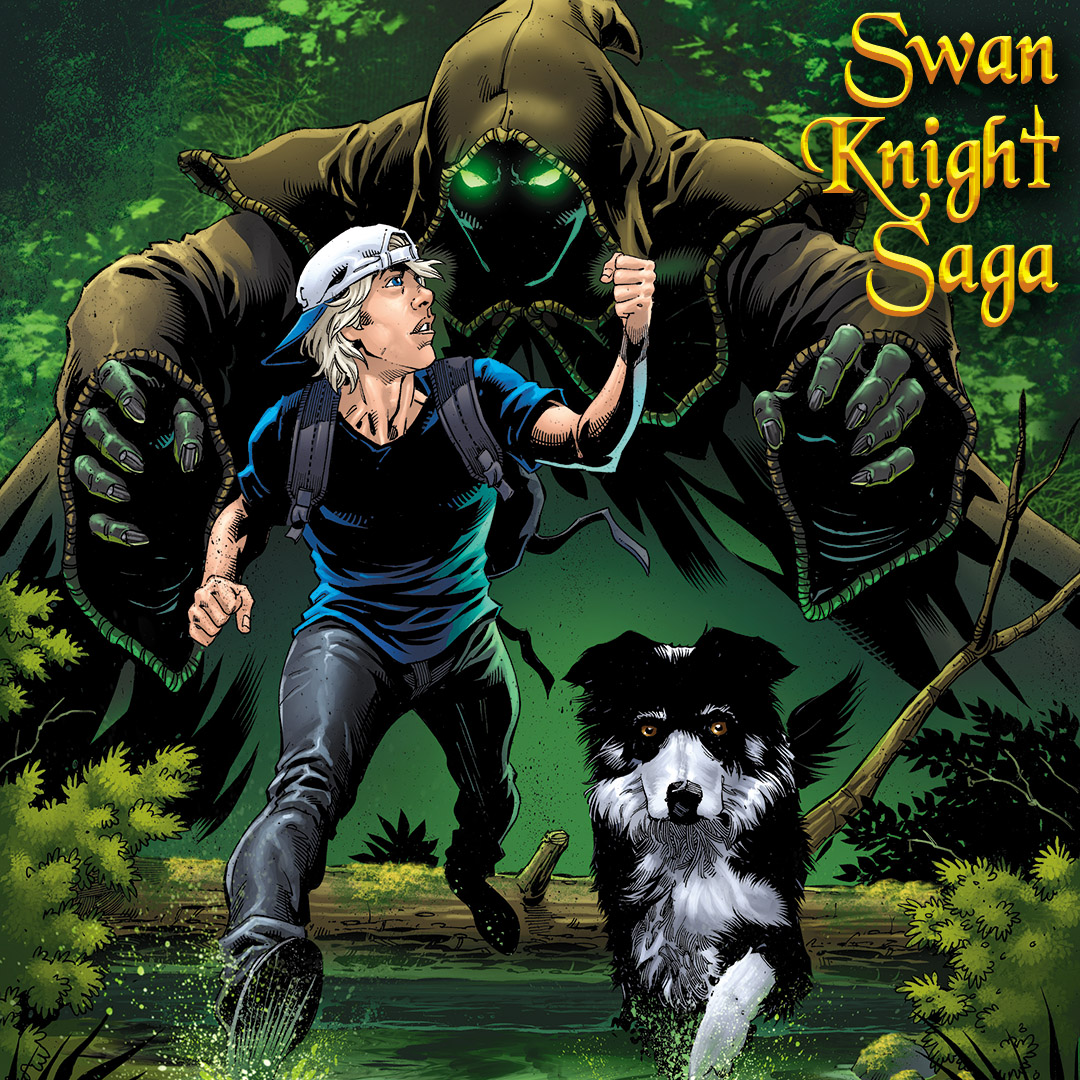 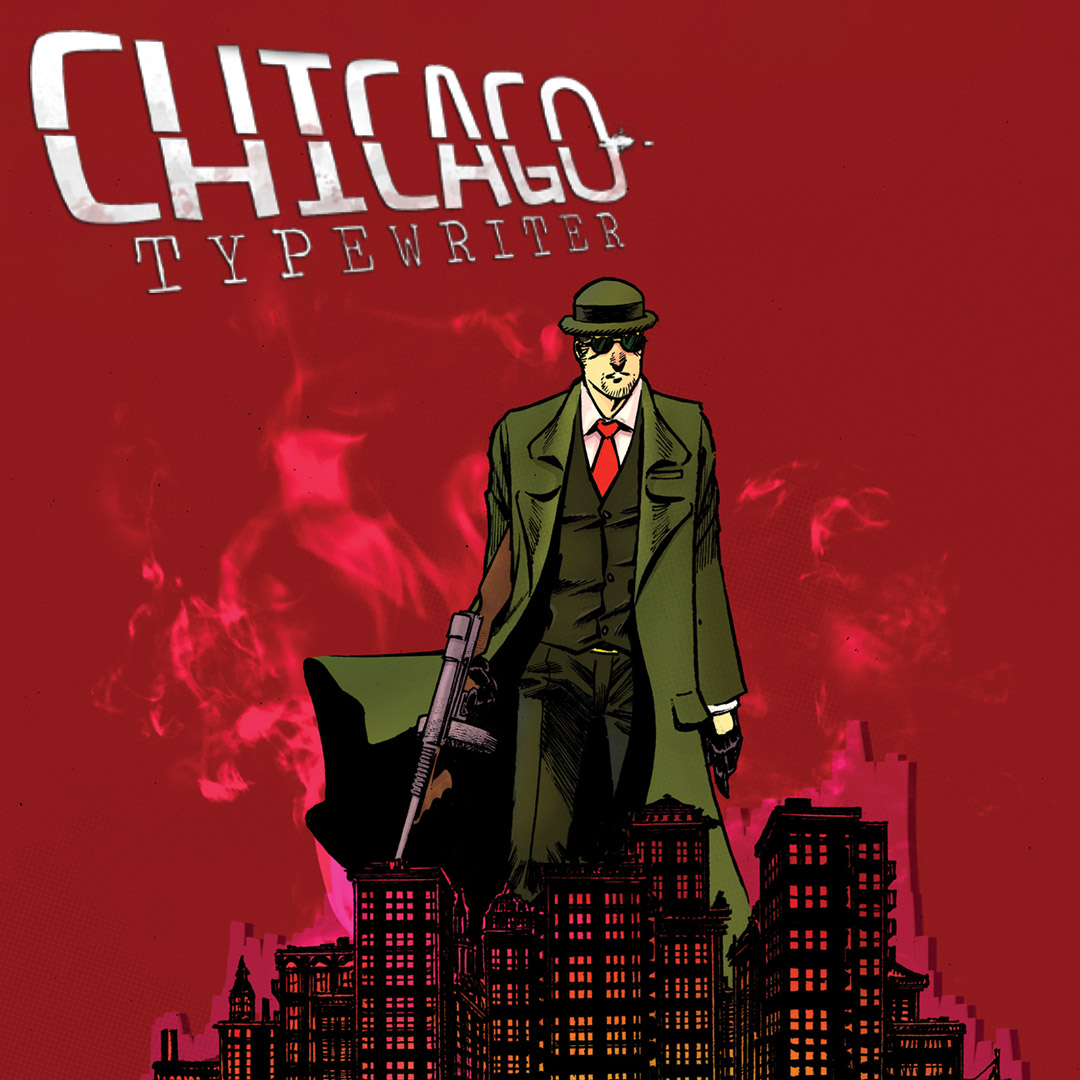 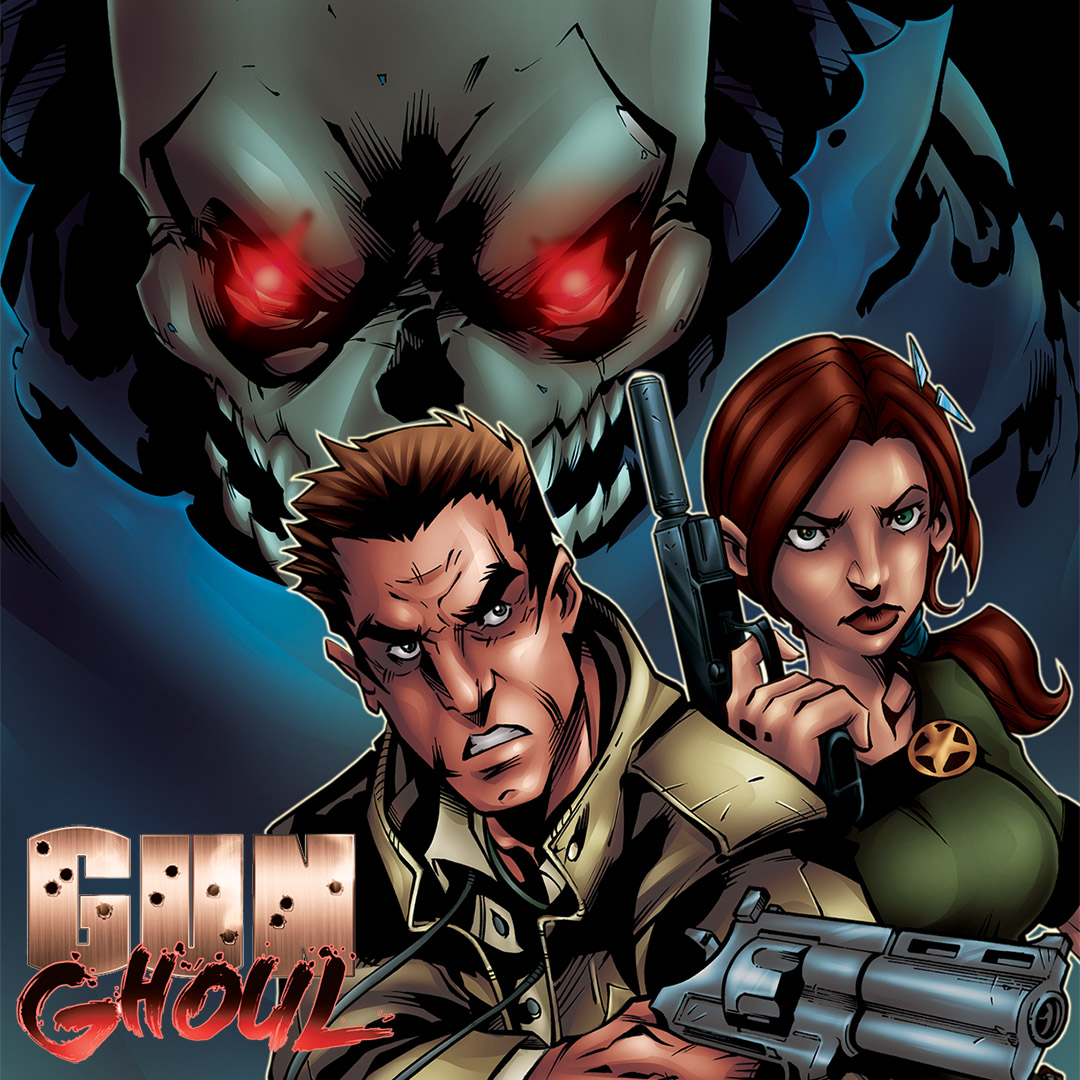 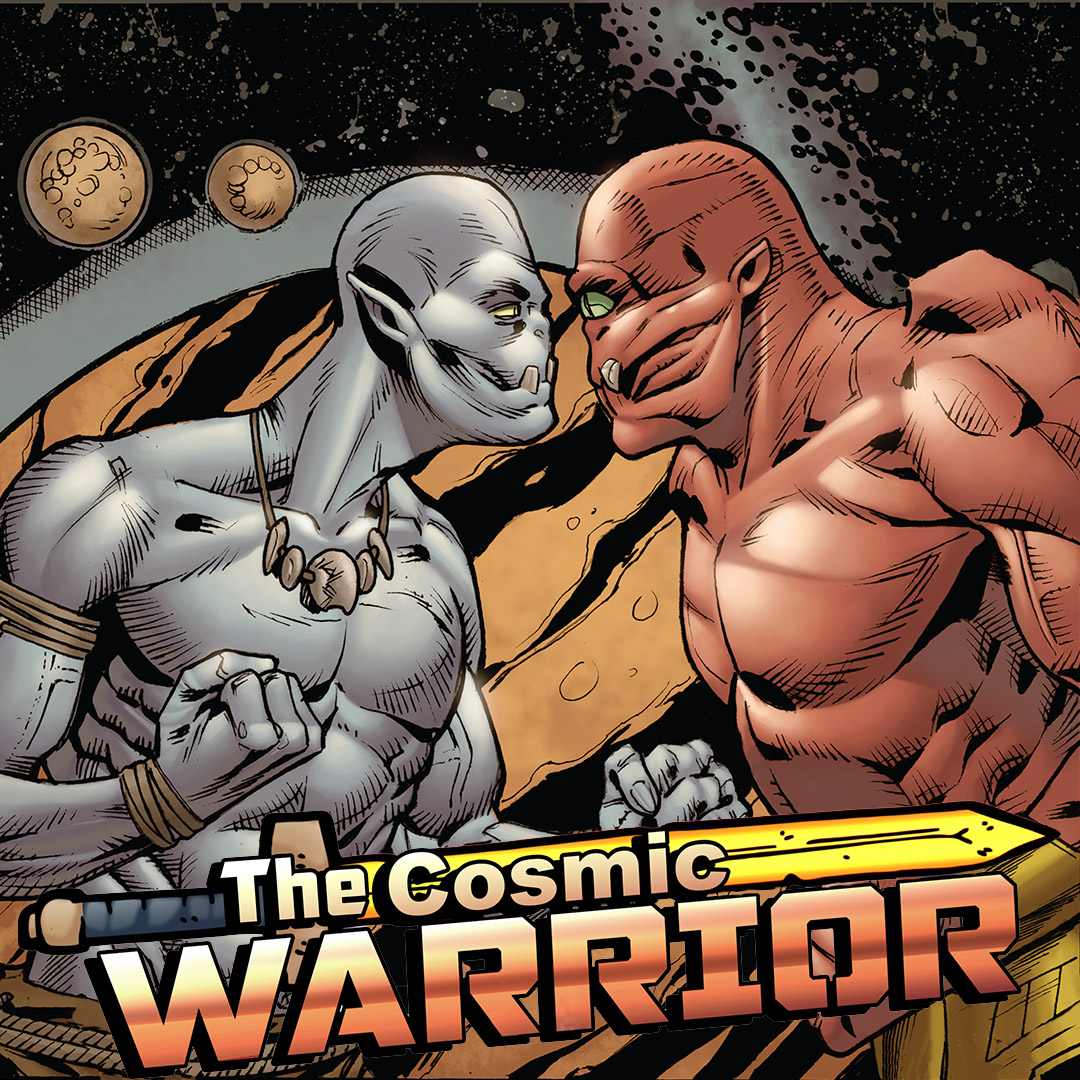 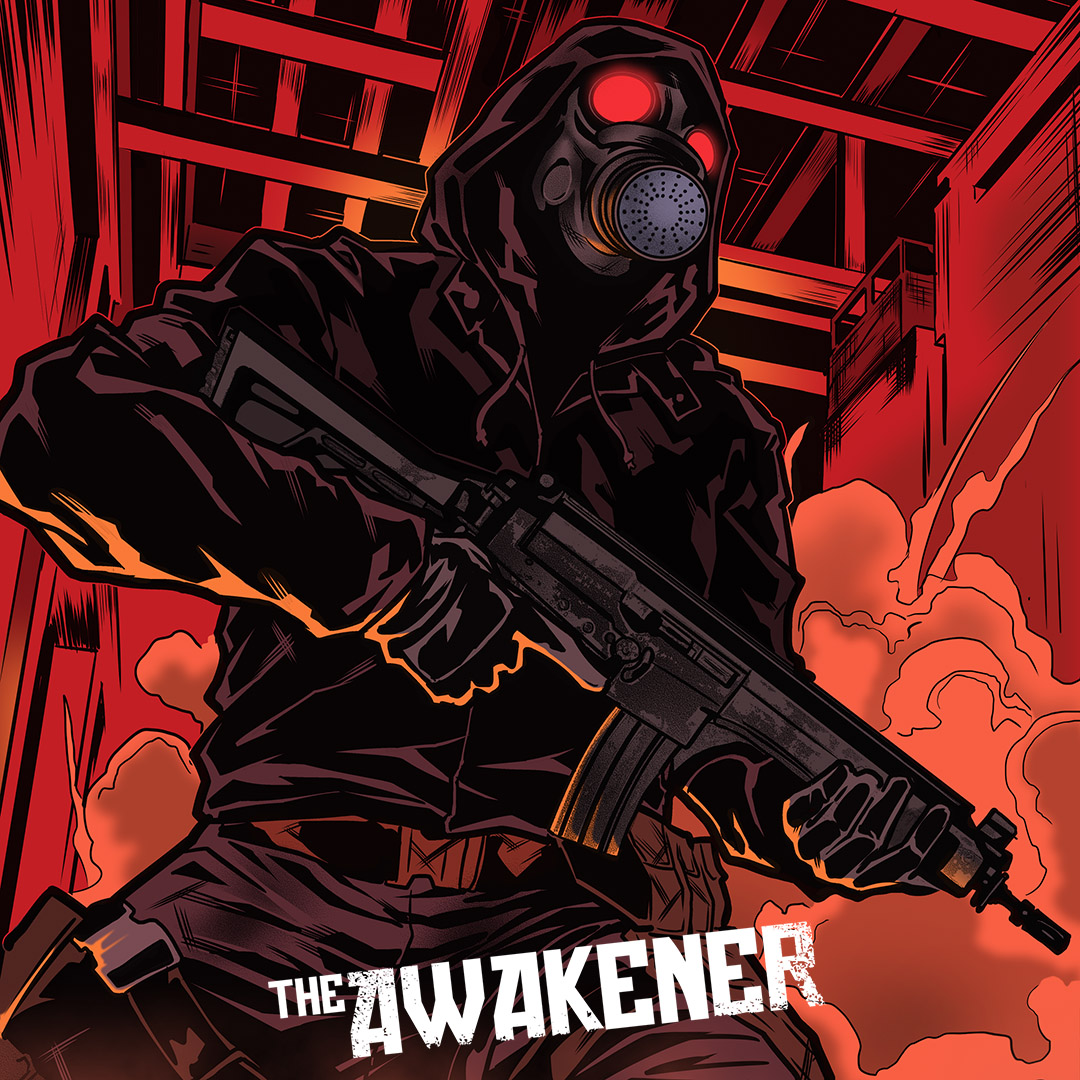 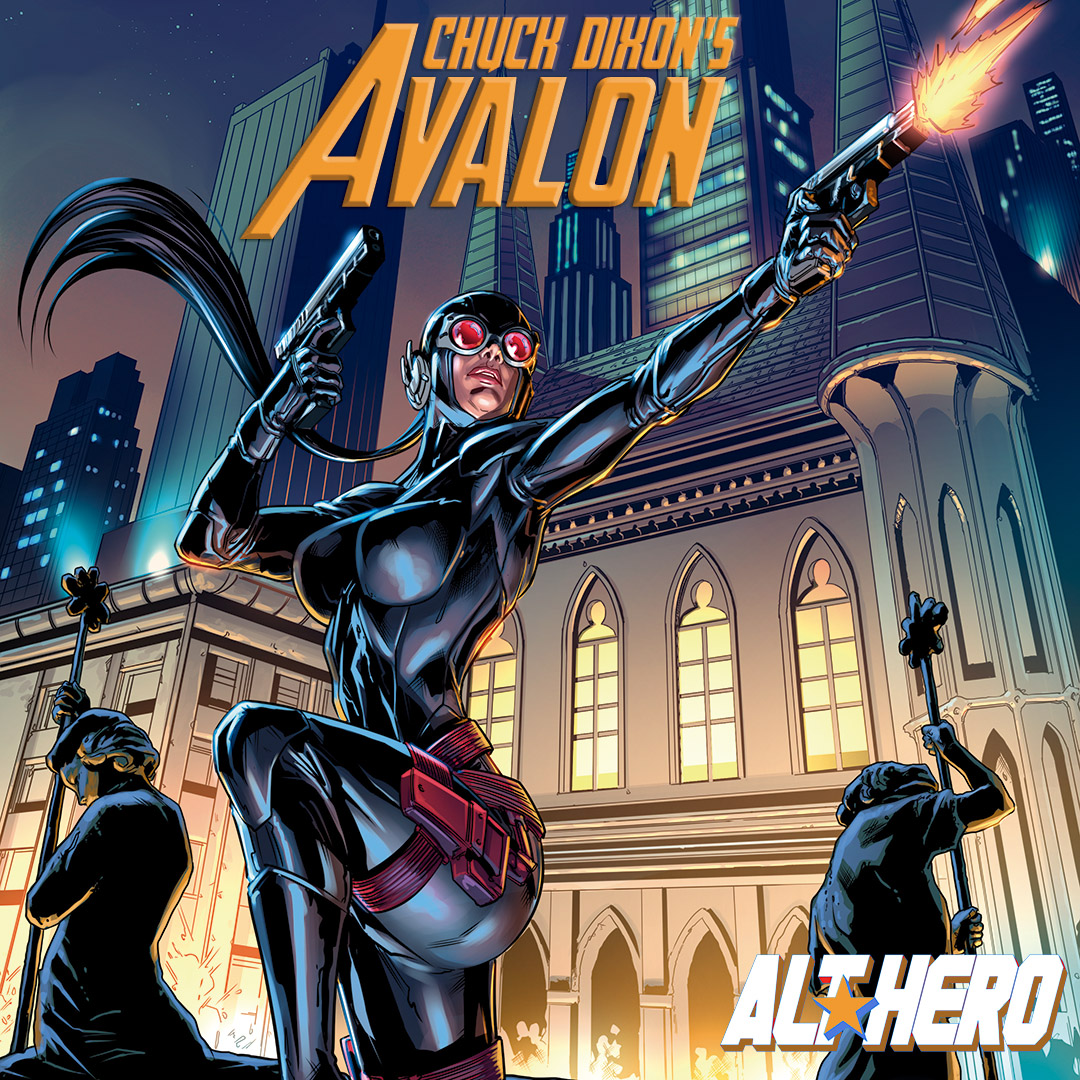 Arktoons launched today at Arkhaven.com. Go and check out all they have to offer!

Which series are you most looking forward to checking out?