In what might be one of the strangest collaborations, I’ve ever seen, a number of Stranger Things characters are crossing over into Netmarble’s The Seven Deadly Sins: Grand Cross.

Take a look at the announcement trailer.

Specifically players who log-in to Grand Cross between April 27th and May 11th will be able to receive a SSR [Stranger Things] Jim Hopper character. On top of that, players will also receive 30 diamonds, 10x Collab Pick-Up Draw Tickets, and a number of limited-time collaboration costumes.

A press release details, that players will also have the chance to acquire Eleven, Mike Wheeler, and Will Byers through the Collab Pick-Up Draw. In fact, these characters will also start at the maximum growth state the game currently has which is level 80 and fully awakened.

If you happen to hit the 300 mileage mark as part of the Pick-Up draw you will receive an SSR character. If you hit the 600 mark you will get to pick from one of the four Stranger Things characters. 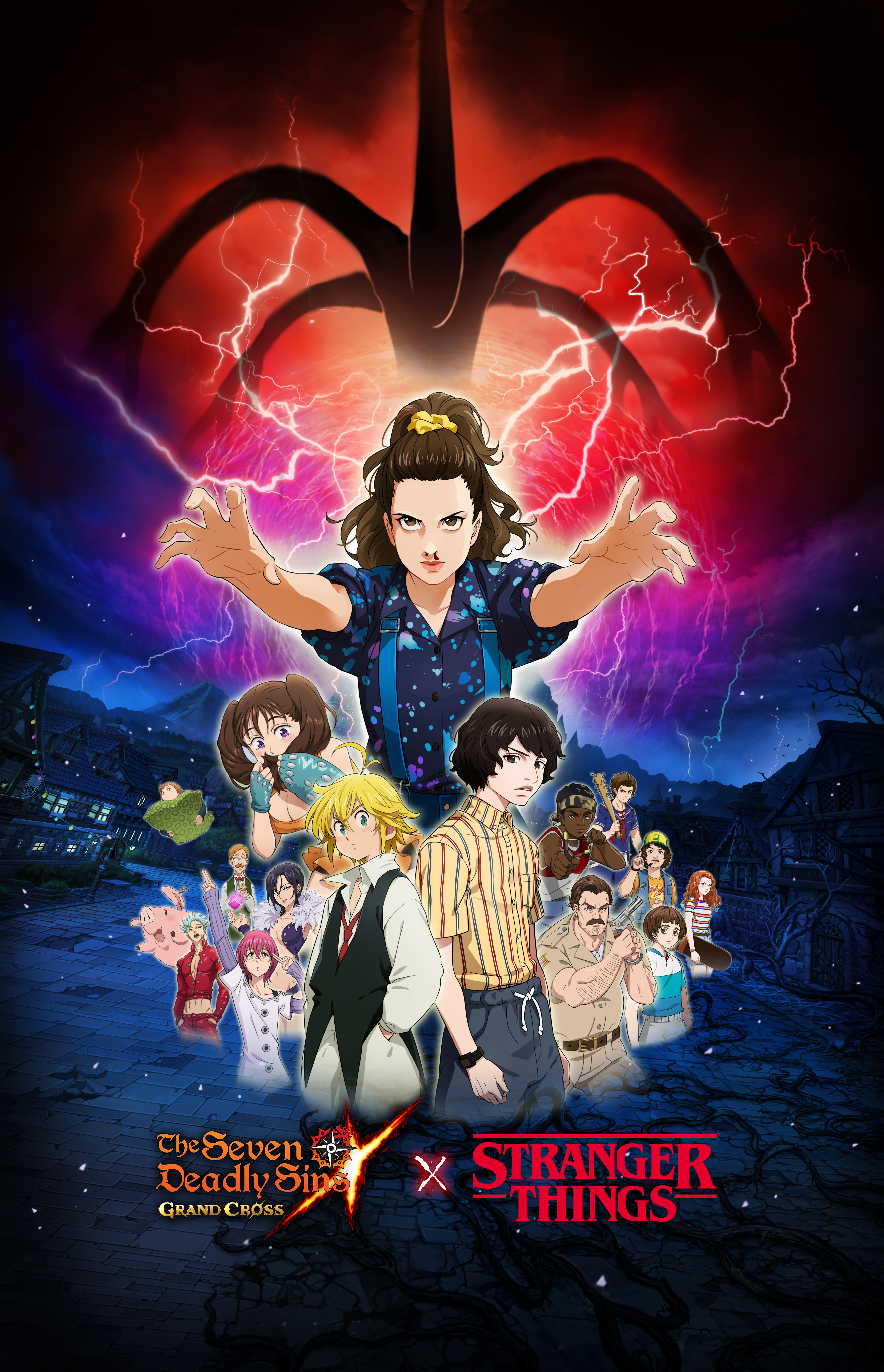 The update also includes an number of in-game events and quests that take players to the Upside Down. The press release explains, “With the kingdom in crisis, Knights will prepare for battle with a new World Quest starring the Stranger Things heroes, explore the Upside Down via an in-game event, and work together with The Seven Deadly Sins: Grand Cross heroes in defeating the Mind Flayer to save the day.”

As you progress through these events and quests, you will be able to obtain costumes, diamonds, and other limited-time items.

Do you plan on checking this collab out in The Seven Deadly Sins: Grand Cross?