They wrote, “To celebrate May the 4th, Lucasfilm and Disney+ commissioned artists from around the world to create unique illustrations that represent the Star Wars films and original series, check them out now on Disney+.”

Accompanying this message is a poster by artist Leke Fonge for The Force Awakens. 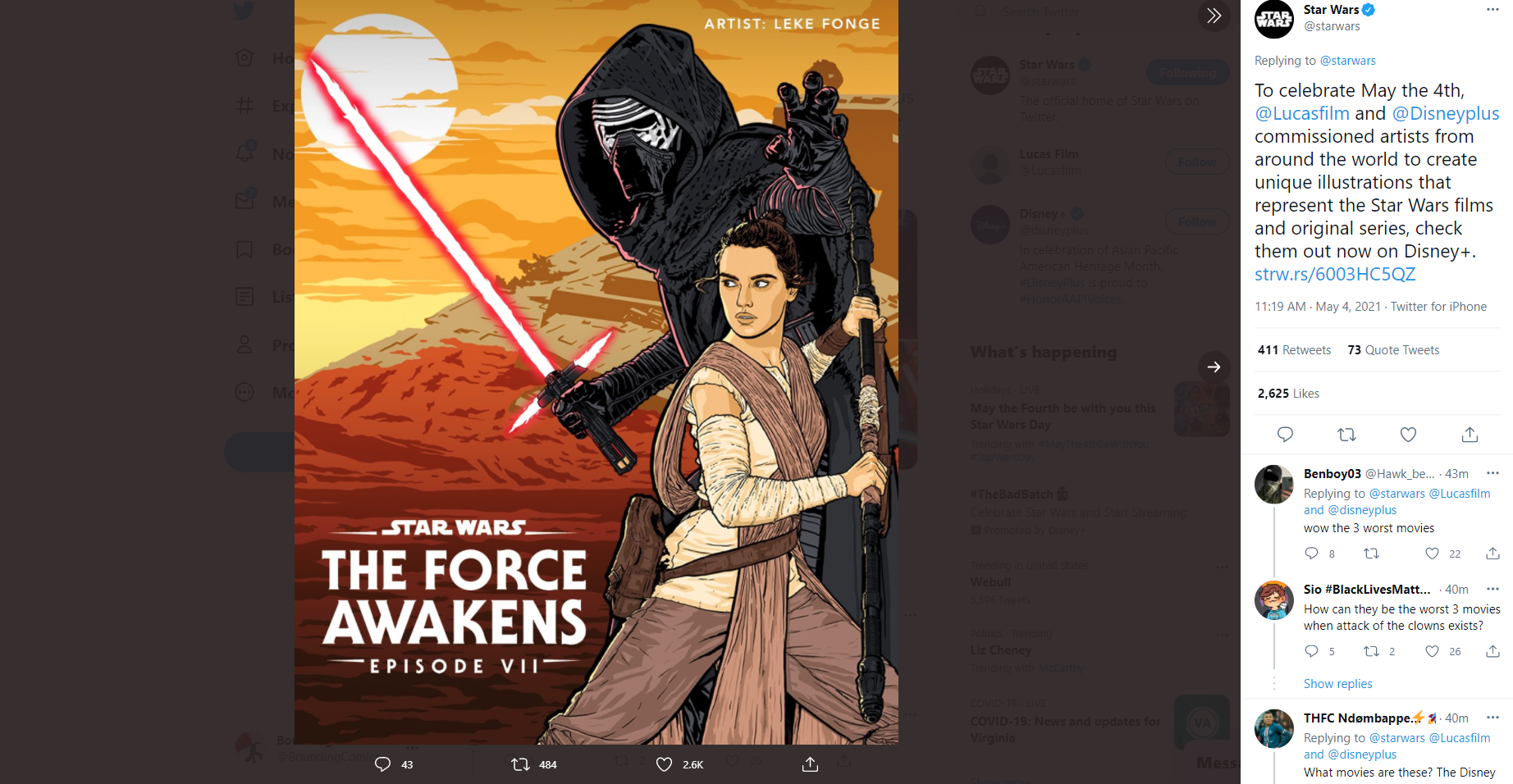 However, when you actually visit the official Star Wars website, you get a very different poster from Fonge that includes Finn, the Millennium Falcon, and a number of First Order TIE fighters.

Fonge also comments saying, “Like so many others, Star Wars has been extremely  influential in my life. It taught me to reach into the deepest depths of my imagination and to explore and embrace the strange, the weird, and the magical.”

He added, “Working on this project has been an absolute dream and my goal was to illustrate the magic and wonder that each of these characters that we hold so dear exude. From the mysteriousness of the Force to the amazing vehicle and ship designs, down to the creative costume designs, Star Wars has always been groundbreaking and trendsetting and I try to treat my own work the same way in hopes that when people see my art, they simply whisper, ‘Wow.'” 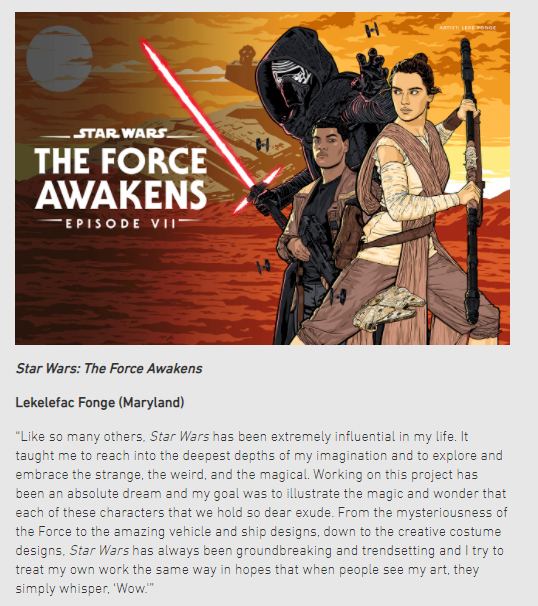 Not only is there a different image on StarWars.com, but Fonge’s art is also featured on Disney+ for The Force Awakens. It also features Finn.

Fans noticed the discrepancy and made it very clear they were not happy with the Twitter post. 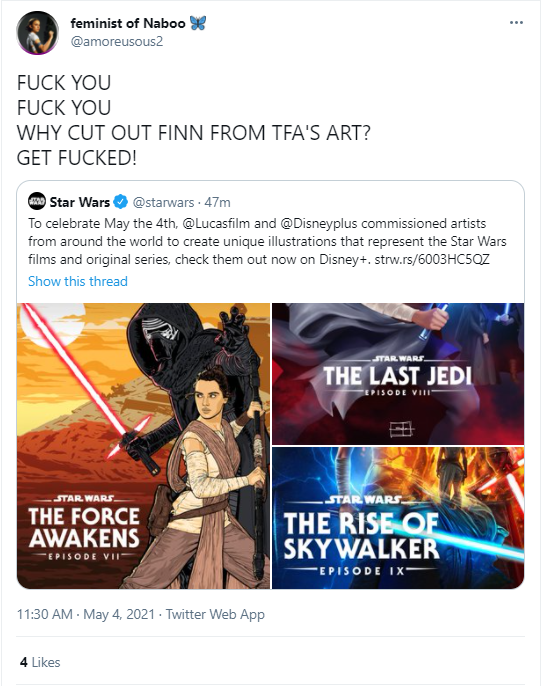 In another tweet they added, “why cut out Finn? is a disrespect to the artist, to fans, to the actor, to the authors of the story, to Star Wars story!” 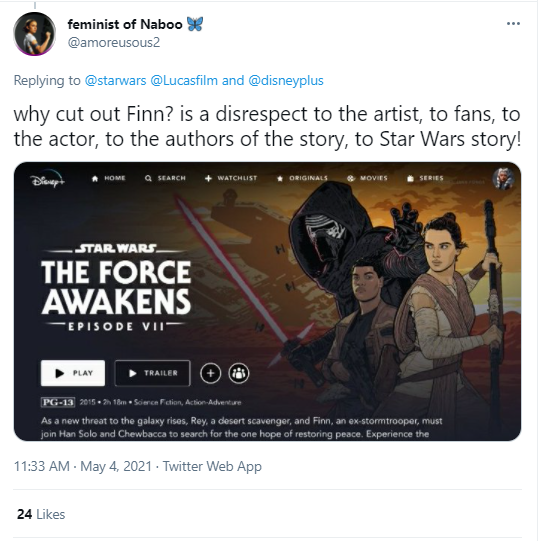 Zzgator added, “the art on Disney+ for The FOrce Awakens actually has Finn in it… why is he not here?” 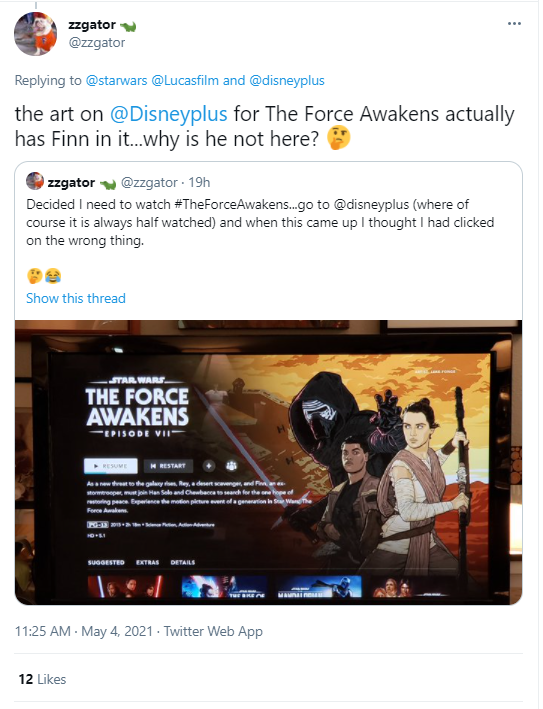 PlummetAsISing_ wrote, “Ah I see leaving the POC out.”

TafariTano stated, “Damn John Boyega They really do like sidelining Black Characters & POC. Why do you hate us so much Robert Iger Disney Star Wars?” 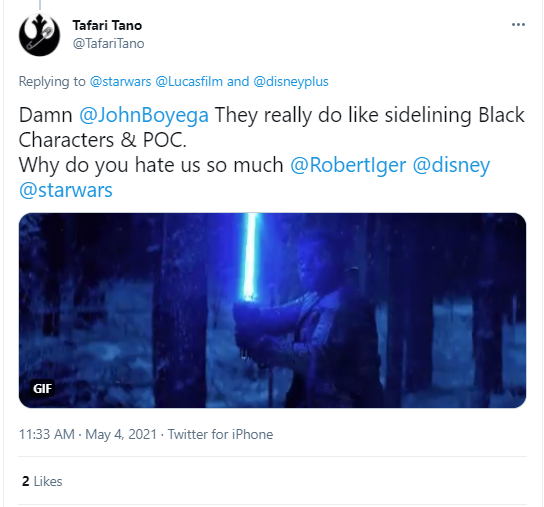 And Mandalorgana wrote, “Why did you cut out finn in the Force Awakens poster?”

What do you make of Finn not being in the poster art shared to Twitter by Star Wars?