Star Wars and Lucafilm showed once again that they really have no idea what they are doing with Star Wars and lack simple organization skills when it comes to the continuity of the series.

And that change simply appears to be so he could include Jarrus as a member berry for the audience. 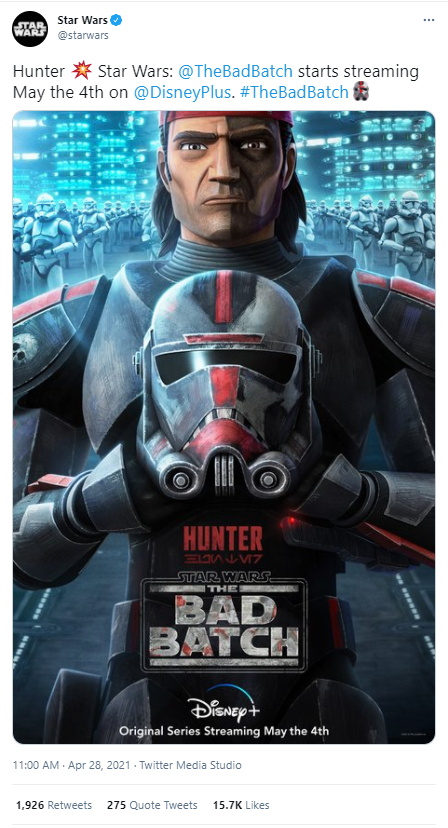 In the 2015 comic book series titled Kanan published by Marvel Comics, Jarrus alongside Master Depa Billaba and their clone forces defeated the Separatist forces on Kaller without the help of the Bad Batch.

In fact, they routed Separatist forces and forced the Separatist leader General Kleeve to abandon the planet to Republic forces. 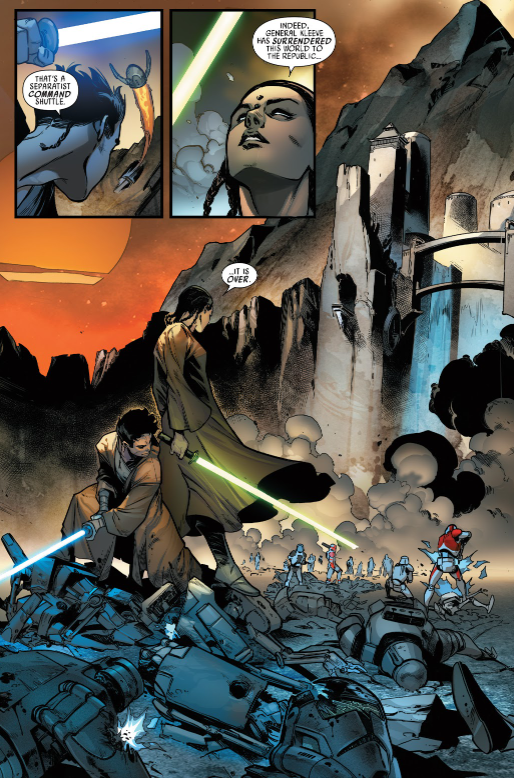 After assuming control of the planet, Billaba and her clone forces decided to camp under the stars forgoing occupying the main city on Kaller.

While camping outside the city, clone trooper C.C. – 10/994 receives Order 66 from then Chancellor Palpatine. 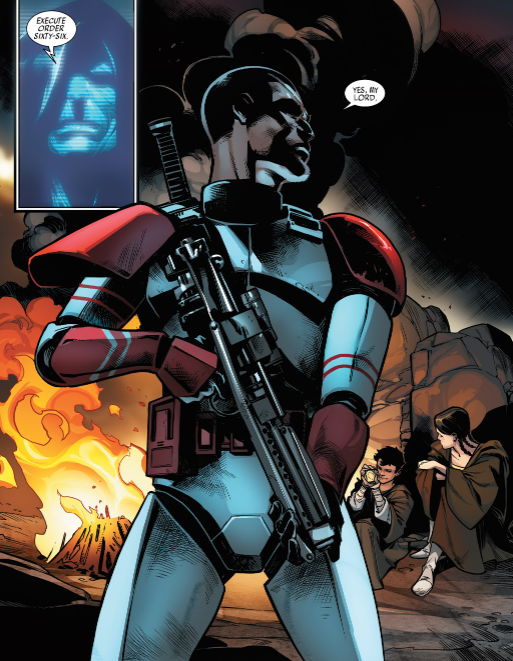 A fight ensues with Caleb Dume, Kanan’s original name, and Billaba defending themselves from the clones. The Clones eventually begin to surround the Jedi and attempt to close off any avenue of escape. Billaba orders Caleb to run, and he does so.

He flees into the forest and is able to evade the clone troopers who pursue him by hiding in the ground. 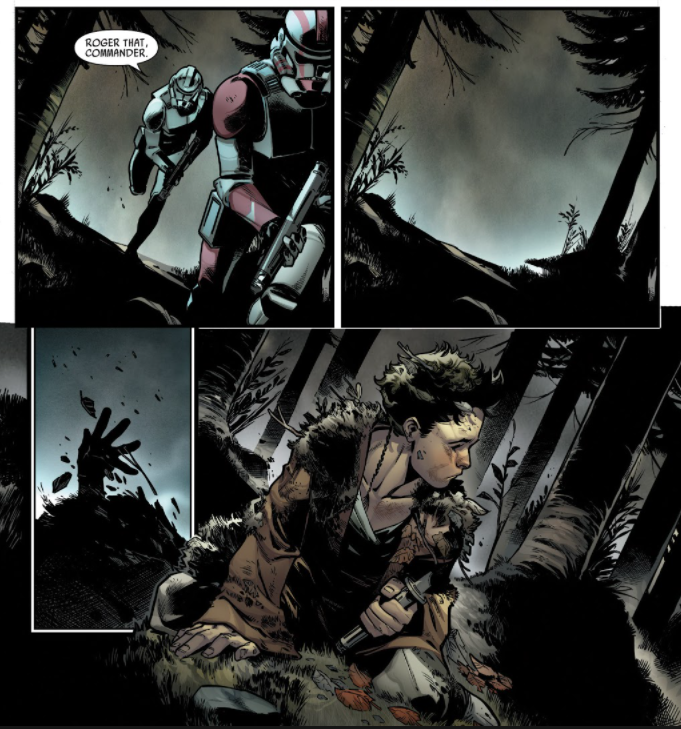 After evading the clone troopers, he catches a transport ship to Plateau City on Kaller.

From there he scrounges through dumpsters until he’s discovered by Kasmir Janus, who offers to allow him to sleep on his ship the Kasmiri.

However, he doesn’t just sleep on the ship, young Dume steals the Kasmiri and takes it to Coruscant believing the Jedi are rallying at the Jedi Temple. 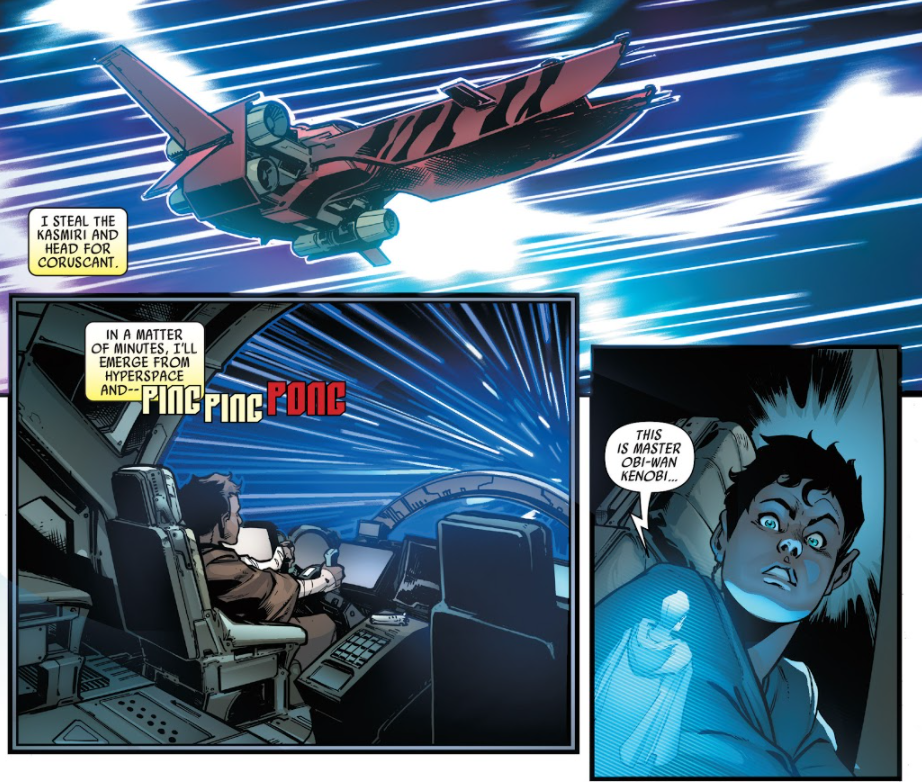 He eventually has to fight his way out of the space above Coruscant and returns to Kaller, where he becomes part of Kasmir Janus’ crew.

In the first episode of the Bad Batch, Dume’s escape from Kaller does not happen that way. Billaba and Dume’s clone forces are pinned down by Separatists. Dume has been dispatched to bring in reinforcements.

He shows up with the Bad Batch aka Clone Force 99, who steam roll a bunch of droids while Billaba and Dume’s forces sit and watch them.

Immediately following this battle, Billaba orders her forces to counter attack the Separatists. Clearly, the Republic forces have not yet taken control of Kaller.

Then after Tech relays that Obi Wan Kenobi has engaged Grievous in battle and that The Clone Wars might come to an end, Palpatine gives the order to “execute Order 66.”

As Dume is running off with the Bad Batch to take part in the counterattack, Billaba comes under attack from her own troopers.

Dume then returns to help his master against the attacks of the clones. Rather than stand by her side and fight, she tells him to run and he complies. She is then executed off screen by the troopers.

While fleeing, Dume runs back into the Bad Batch. He tells them to stay away and heads into a forest area. The Bad Batch members Hunter and Crosshair pursue him.

Instead of hiding in the ground, Dume hides up in the trees, but is spotted by Crosshair, who takes a shot at him. A short battle ensues with Dume eventually knocking Crosshair unconscious.

He is then confronted by Hunter, who offers to help him. However, a number of other clone troopers appear to be getting close.

Dume decides to leap across a river and flee into the woods. He’s not seen again in the episode.

That’s right Disney couldn’t even be consistent with a comic book published in 2015.

But it shouldn’t come as a surprise. Lucasfilm Story Group member Matt Martin made clear the company’s position is that it’s all fake anyways.

He tweeted, “So to summarize: there is a reason that we need to internally know what is and isn’t canon so we can keep our line of official storytelling as aligned as possible but that doesn’t mean fan can’t individually pick and choose what they want to accept as true.” 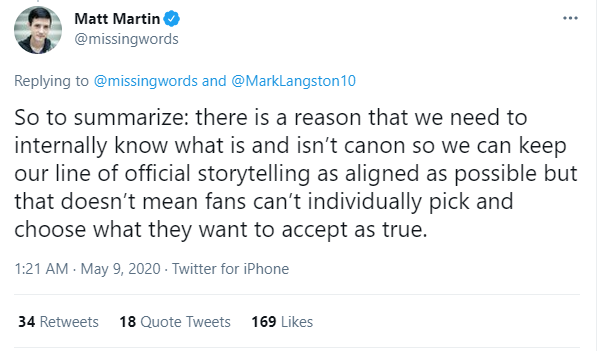 He then added, “It’s all fake anyway so you can choose whatever you want as part of the story.”

What do you make of this change?