A new behind-the-scenes look at Matt Reeves’ The Batman film reveals that the movie will be an origin story for Catwoman.

In the video uploaded to YouTube by Nic Polcaro begins with a voice over detailing that Reeves is reimagining Catwoman.

It states, “With each generation, a new Catwoman emerges from the shadows. For director Matt Reeves, The Batman presented the perfect opportunity to reimagine the complex character of Selina Kyle.”

Reeves goes on to detail that he will be providing an origin story for the Catwoman played by Zoe Kravitz.

He explained, “The villains are often, you know, some of the most if not the most exciting parts of the movies. The rogues’ gallery is incredible. And what I wanted to do was I wanted to see a Batman that was not an origin tale, but was sort of in his early days.

Reeves continued, “But that meant that a lot of the characters who are the rogues gallery characters are in their origins in a way. So we have a Selina Kyle who is not yet Catwoman.”

Zoe Kravitz would then provide some details on her character, “Selina can take care of herself. She is incredibly tough. She really wants to fight for those who don’t have someone else to fight for them.”

“And I think that’s where Batman and she really connect,” Kravitz added. 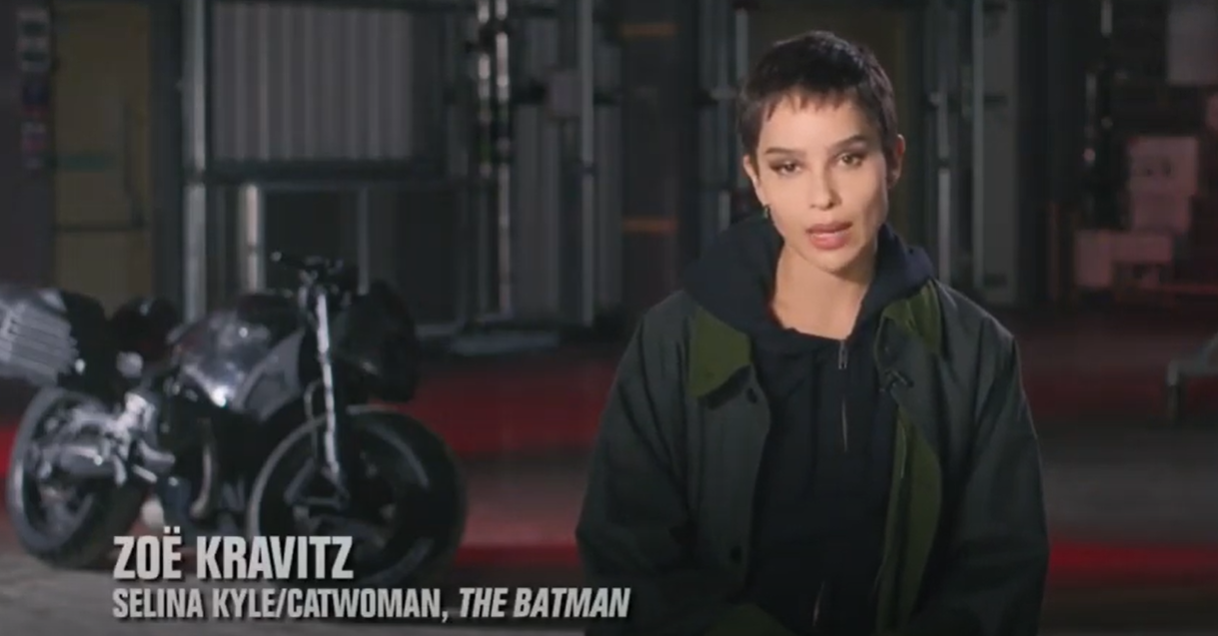 Producer Dylan Clark elaborated on Kravitz’s comments stating, “What’s most interesting about Selina Kyle is that she represents the savior for the ill-treated, the forgotten, the people who have not had anybody looking after them.”

He added, “She’s also very complicated. You don’t quite know exactly where her loyalty or her allegiance lie.”