Retail giant Target announced they have put a pause on selling Pokémon cards as well as other sports trading cards following a fight in a Target parking lot in Wisconsin.

WSN 12 News reports that “Brookfield Police responded to a fight in the Target parking lot after one man pulled a gun on a group of men attacking him over sports trading cards.”

They add, “Police arrested the four accused attackers and say the man who pulled the gun was a concealed carry permit holder.”

A statement provided to the website by Target reads, “The safety of our guests and our team is our top priority. Out of an abundance of caution, we’ve decided to temporarily suspend the sale of MLB, NFL, NBA and Pokémon trading cards within our stores, effective May 14. Guests can continue to shop these cards online at Target.com.” 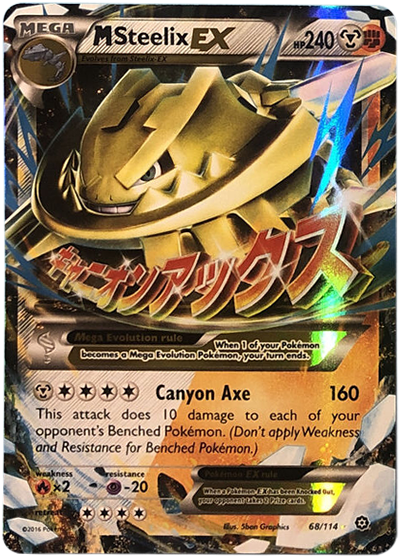 Back in February eBay reported that their trading card category grew by 142% in 2020 and over 4 million more cards were sold than in 2019.

Not only did trading cards overall see a spike on eBay, but the website also reported that Pokemon trading card sales increased 574% from 2019 to 2020. 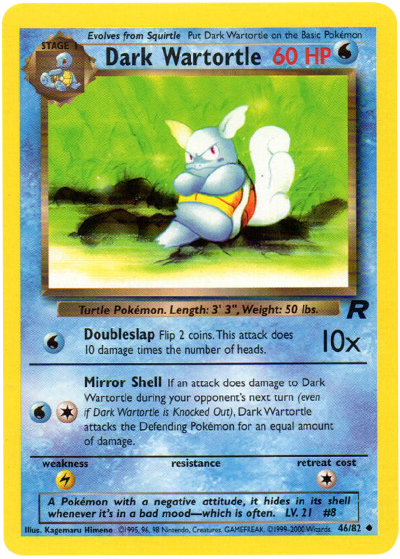 In fact, Pokemon trading cards were the most popular category on eBay in 2020 followed by basketball cards, baseball cards, Magic The Gathering cards, and football cards.

As for The Magic: The Gathering, the top cards were Force of Will, Thoughtseize, Swords to Plowshares, Snapcaster Mage, and Tarmogoyf. 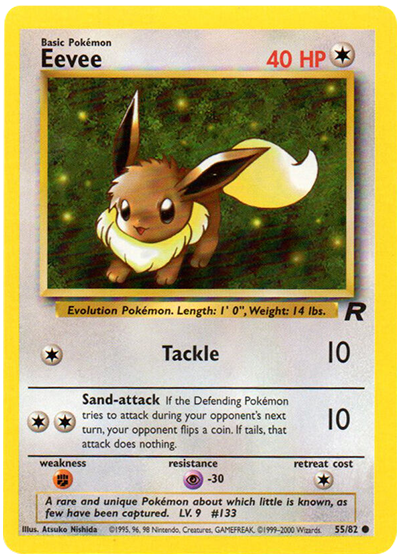 You can see a full breakdown from eBay from their State of Trading Cards below.

Demand has far outstripped the supply of the cards. The Chicago Tribune reported in February that “The Topps Series 1 cards released Wednesday were sold out on the Topps website Friday.”

Back in February they tweeted, “We’re aware that some fans are experiencing difficulties purchasing certain Pokémon TCG products due to very high demand. In response, we are reprinting impacted products at maximum capacity to ensure more fans can enjoy the Pokémon TCG.” 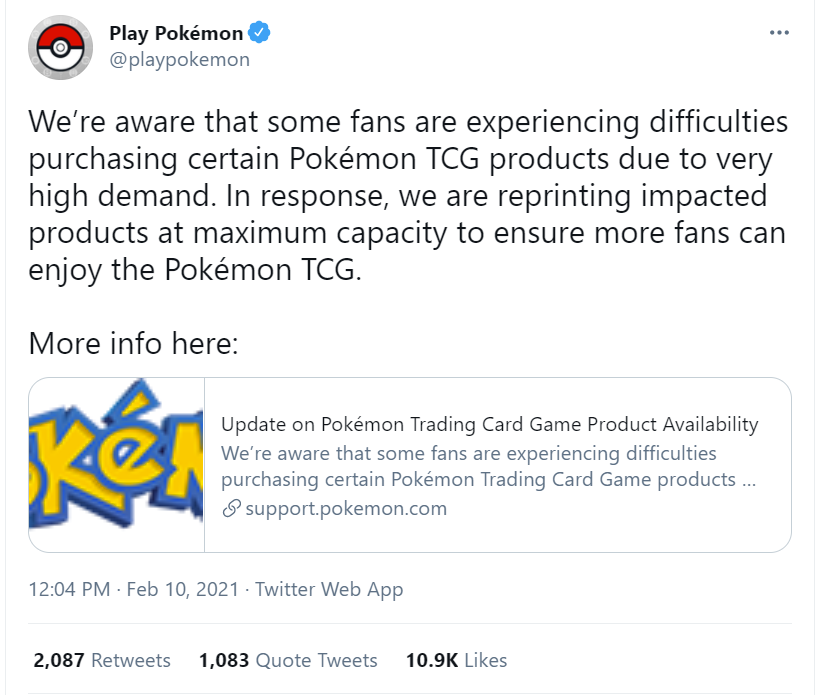 On their website they would add, “In situations where there is limited availability, we are actively working to print more of the impacted Pokémon TCG products as quickly as possible and at maximum capacity to support this increased demand. Reprinted products are expected to be available at retailers as soon as possible.”

They also noted, “For new Pokémon TCG expansions launching in the future, we are maximizing production to increase product availability upon release, and we will continue to reprint the products to replenish stock at retailers as soon as possible.”

What do you make of Target suspending the sale of Pokemon and other trading cards?