Speaking with Forbidden Planet TV, Millar confirmed that Emerald Fennel will be the writer for the adaptation.

Millar stated, “Emerald Fennel, who just who just won an Oscar for best screenplay. Emerald has written the latest draft of Nemesis, which is quite exciting. She is amazing.”

“I think Warner Bros. got her just before she won the Oscar. She’s finished the draft. She’s done it. And I think they must be thinking, ‘That was pretty lucky that worked out.'” he added. 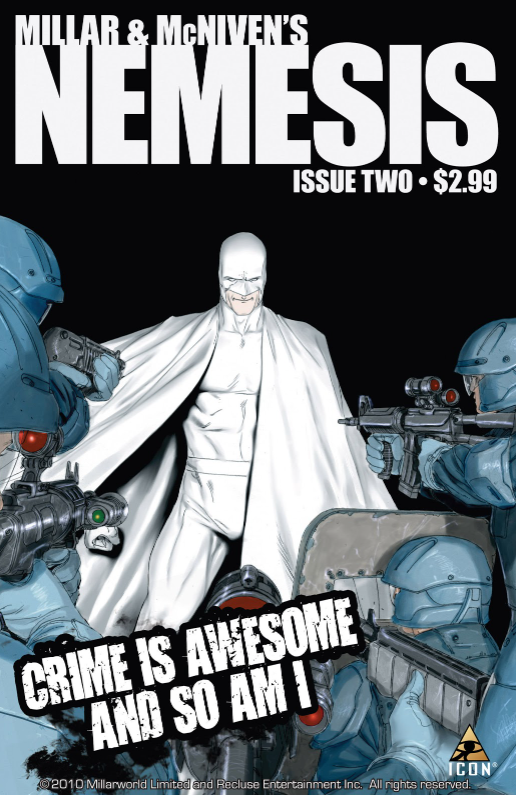 In a press release a separate statement from Millar reads, “Emerald Fennell, who just won an Oscar for best screenplay for Promising Young Woman, has just delivered the latest draft of the Nemesis screenplay, which is extremely cool, especially after the initial development of the movie by the late Tony Scott, who established some amazing visual ideas for the movie!”

Collider reported back in August 2020, that Fennell had completed the most recent draft and that Henry Joost and Ariel Schulman, who previously directed Netflix’s Project Power had been tapped by Warner Bros. to direct the film.

Other than Promising Young Woman, Fennell’s other credits include Killing Eve and Drifters. She’s also been tapped to pen the upcoming Zatanna movie.

She’s also an actress. She played Camilla Parker Bowles in The Crown and Nurse Patsy Mount in Call the Midwife. 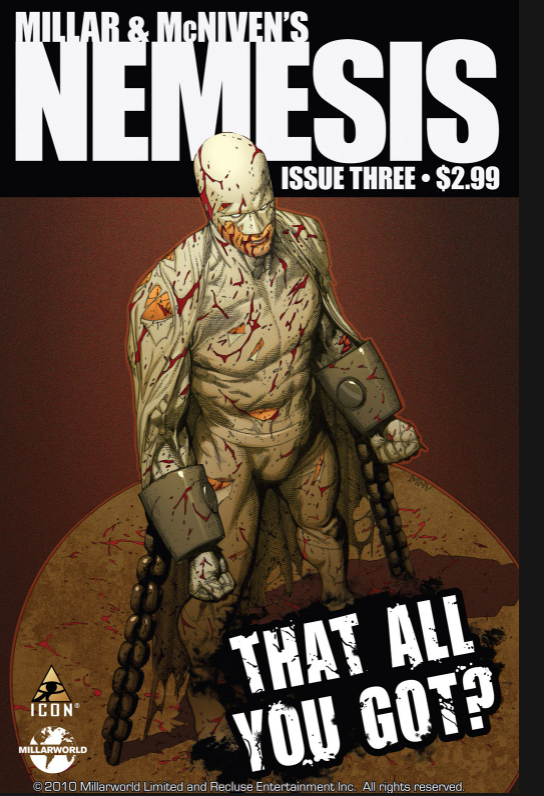 If you are unfamiliar with Nemesis it was published under Marvel Comics’ Icon Comics imprint and was created by Millar and artist Steve McNiven. It was a four issue miniseries that launched in May 2010.

The book follows a super criminal named Nemesis who targets police chiefs across the world. After brutally murdering a police chief in Japan, his next target is Blake Morrow, the head of the police in Washington, D.C. 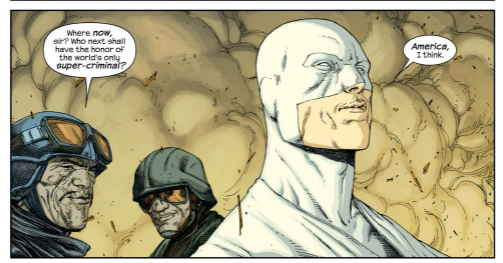 Not only does he target these police chiefs, but he sends them a calling card revealing just how and when he plans on killing them.

And Nemesis doesn’t mess around. When he arrives stateside, he makes his presence known by hijacking Air Force One and taking the President of the United States as hostage. 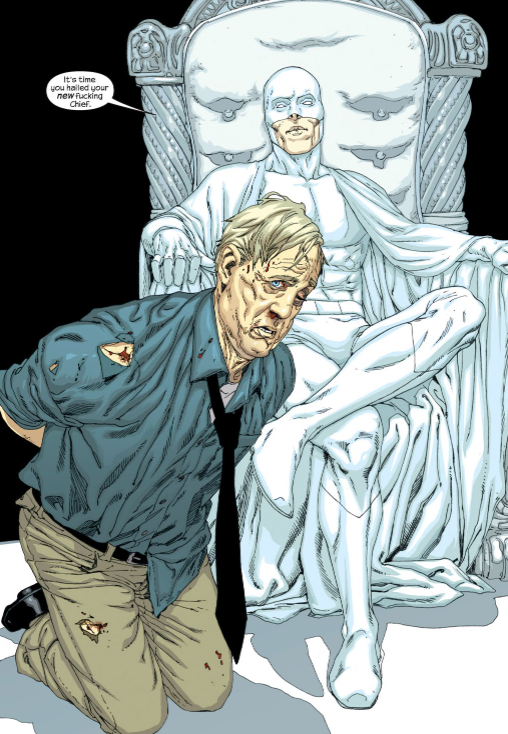 The film has been in development for quite some time with Slashfilm reporting that Sam Raimi, Guy Ritchie and Joe Carnahan had previously been attached to direct it.