They tweeted, “An unimaginable force may spell doom for the world. Godzilla Singular Point is available globally June 24th.” 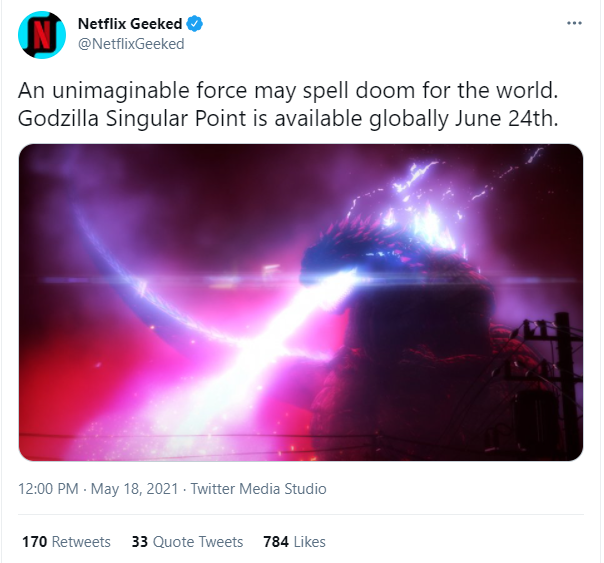 The official description for the show from Netflix reads, “Brought together by a mysterious song, a grad student and an engineer lead the fight against an unimaginable force that may spell doom for the world.”

A trailer was released back in April, where Netflix revealed the series “unfolds over 13 episodes to tell a new and original story unlike anything seen in the Godzilla franchise before.”

The trailer features a number of iconic kaiju including Jet Jaguar, Rodan, Anguirus, and of course Godzilla.

The anime is a collaboration between Studio Bones, the company behind My Hero Academy, and Orange, the studio behind Beastars.

It is directed by Atsushi Takahashi, who previously directed Doraemon the Movie 2017: Great Adventure in the Antarctic Kachi Kochi. The show is written by Toh Enjoe.

Along with Takahashi and Enjoe, the production includes composer Kan Sawada as the composer.

You can check out the full human cast below. 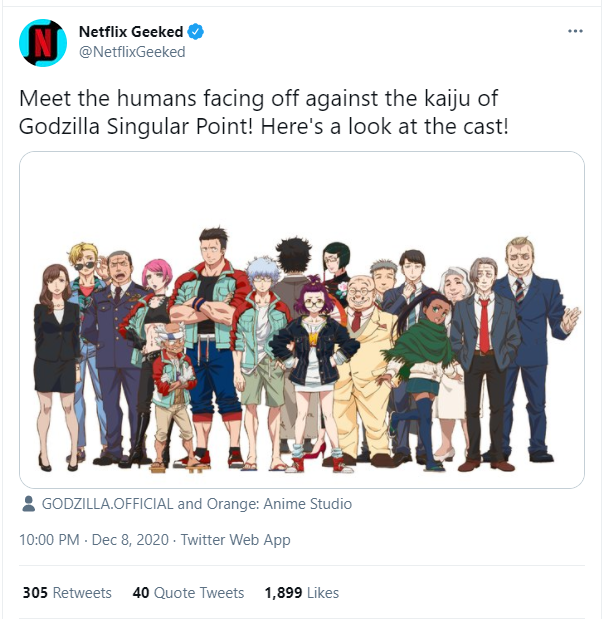 Finally, Eiji Yamamori is the animator for the numerous kaiju on the show. Yamamori previously worked on Princess Mononoke, Spirited Away, and The Wind Rise.

They wrote, “Bear witness to a god. Check out the final design for Godzilla Singular Point’s king of the monsters, designed by Eiji Yamamori and colored by Yuji Kaneko.” 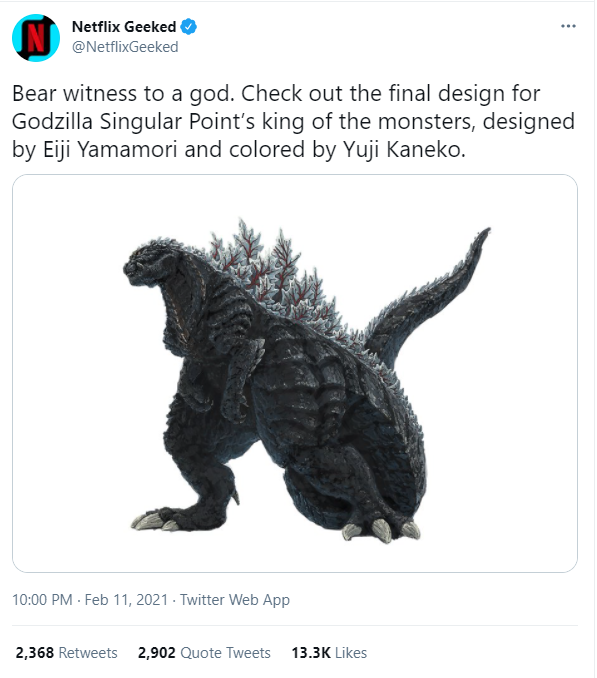 Are you looking forward to Godzilla Singular Point?