Today’s cover of the day is Rodolfo Damaggio and Robert Campanella’s Batman vs. Predator III #1.

The issue was originally published back in 1997 and it was written by Chuck Dixon with art by Rodolfo Damaggio and Robert Campanella. 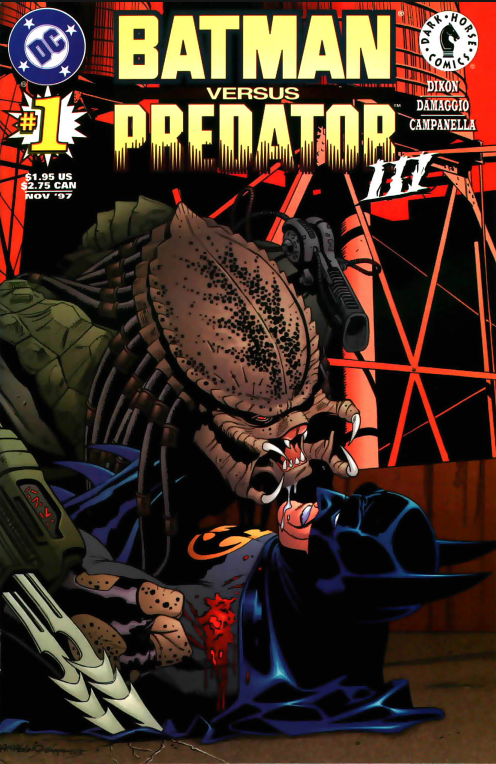 The official description of the comic from My Comic Shop reads, “Perhaps the deadliest threat Batman has ever faced is back in town. And this time, the Predator’s not alone!”

It continues, “On Earth to show his son the thrill of the hunt, an older champion brings the ‘boy’ to Gotham City where the younger Predator will ‘cut his teeth’ on Robin.”

The description concludes, “Now Batman must find and neutralize the threat while trying to keep Robin out of the path of these deadly aliens. To counter them, they may have to make a pact with another deadly enemy: Mr. Freeze!”

The cover varies in price on eBay. A set of the first three comics in the four issue miniseries is priced at $16.75 in one listing.

One listing with the complete miniseries is priced at $54.99.

What do you make of Damaggio and Campanella’s Batman vs. Predator III #1?