Following the apparent announcement that writer Warren Ellis and artist Ben Templesmith would be returning to Image Comics in order to finish out their popular series Fell, the publisher has clarified that they currently have no plans to work with the veteran comic book writer “until he has made amends” with those who accused the veteran comic book writer of sexual misconduct last year. 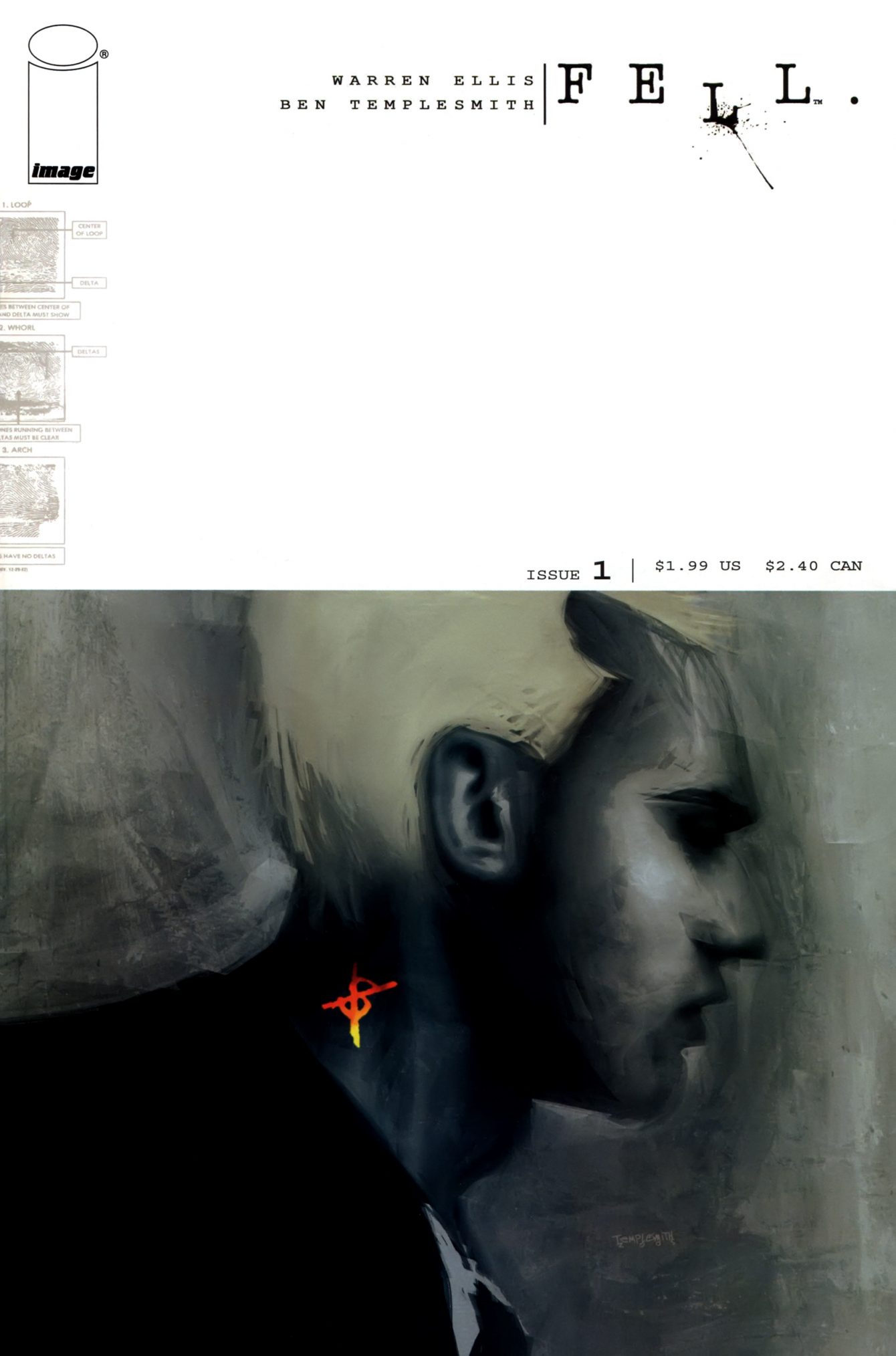 The events which prompted Image’s first statement on the accusations against Ellis began on June 21st when Templesmith, taking to his personal Instagram account, shared an image featuring series protagonist Detective Richard Fell and announced, “Yeah, it’s finally going to be finished.”

“For better or worse, this is unfinished business to me,” wrote Templesmith in a subscribers-only post made to his personal Patreon account. “We really left it hanging. Obviously, so much has changed since those days. Yes, I know, *so much*.” 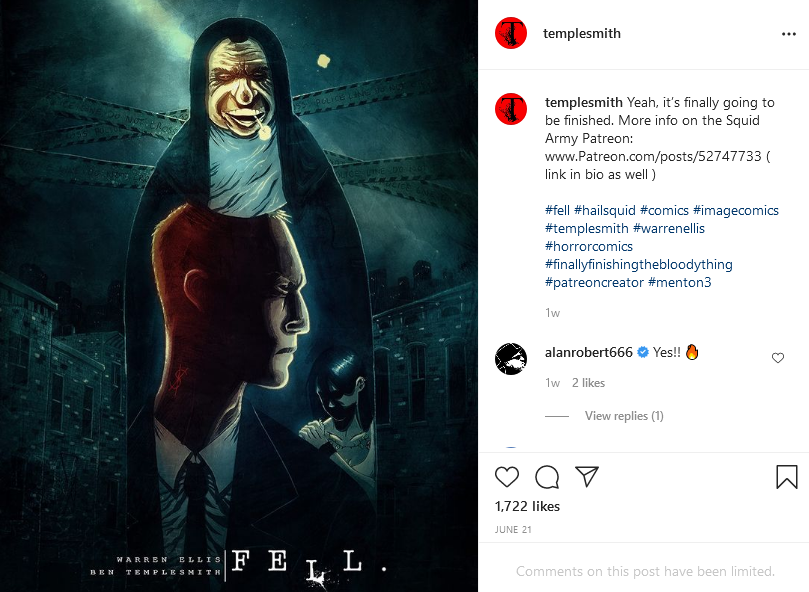 According to a transcription of his private post provided by Gizmodo, Templesmith continued, “Not for me to speak for Warren, but I agreed to do the book and I’m glad he’s going to be doing some comics again. I don’t think anyone thought he’d bugger off and work in a shoe factory or anything.”

“He is after all, one of the most important comics writers of the past few decades,” the artist added. “It means a lot to me to finish this thing, finally, so I couldn’t say no. I guess we’ll let the market speak as to how things go.” 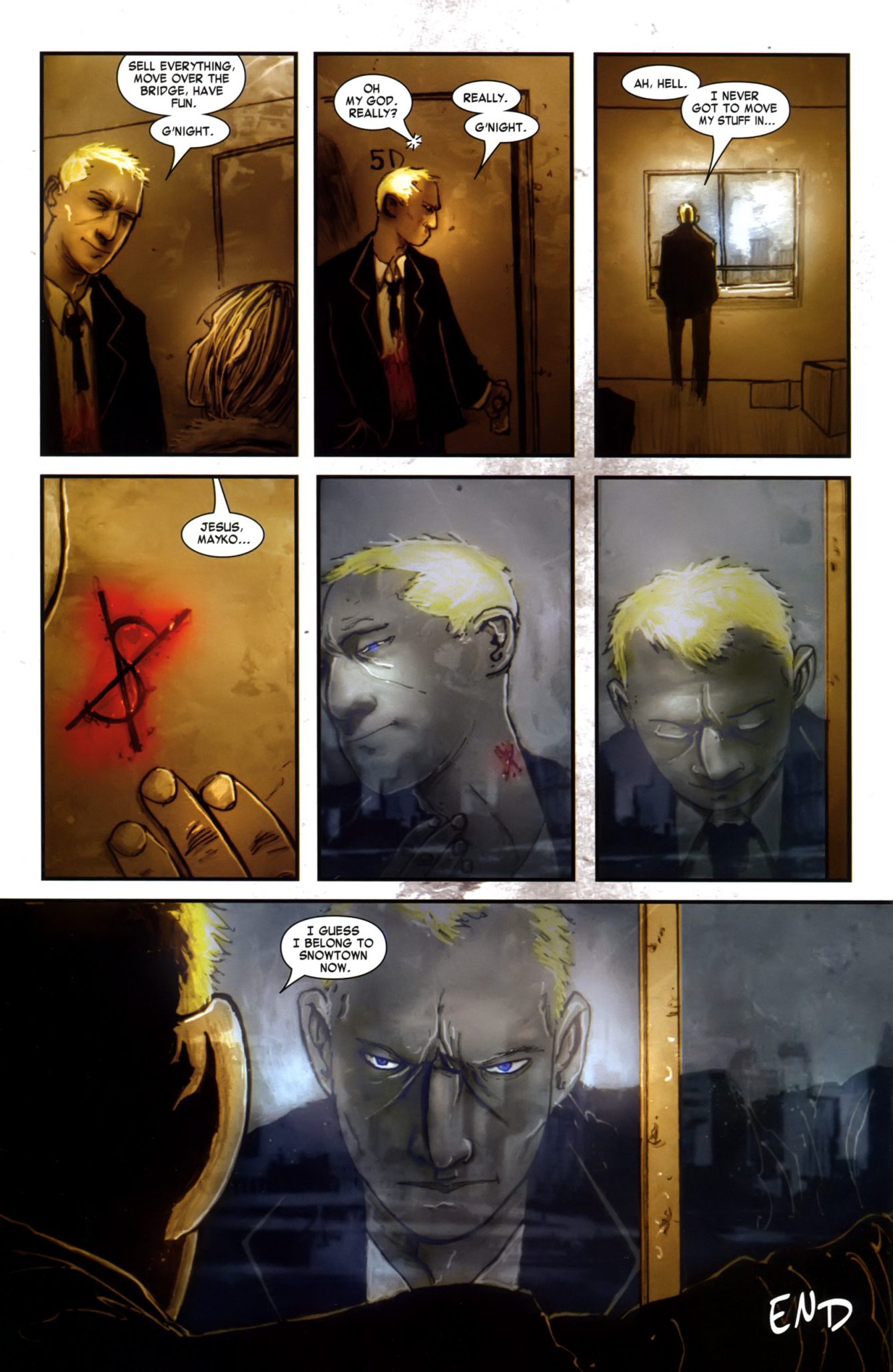 Given that, at this point, Image had not yet commented on the now-year-old accusations against Ellis, pop culture entertainment news outlet i09 reached out to Image two days after Templesmith’s announcement and asked the publisher “about its previous knowledge about the accusations against Ellis, the decision to return to Fell 13 years later in the wake of them, and a response to industry critics of the publisher’s decision to platform the writer.”

According to i09, Image declined to comment on the wider issues surrounding Ellis, instead choosing only to confirm, “Warren Ellis and Ben Templesmith’s Image Comics series Fell will indeed return for its long awaited final story arc in graphic novel format. We will have more details to share about this very soon.” 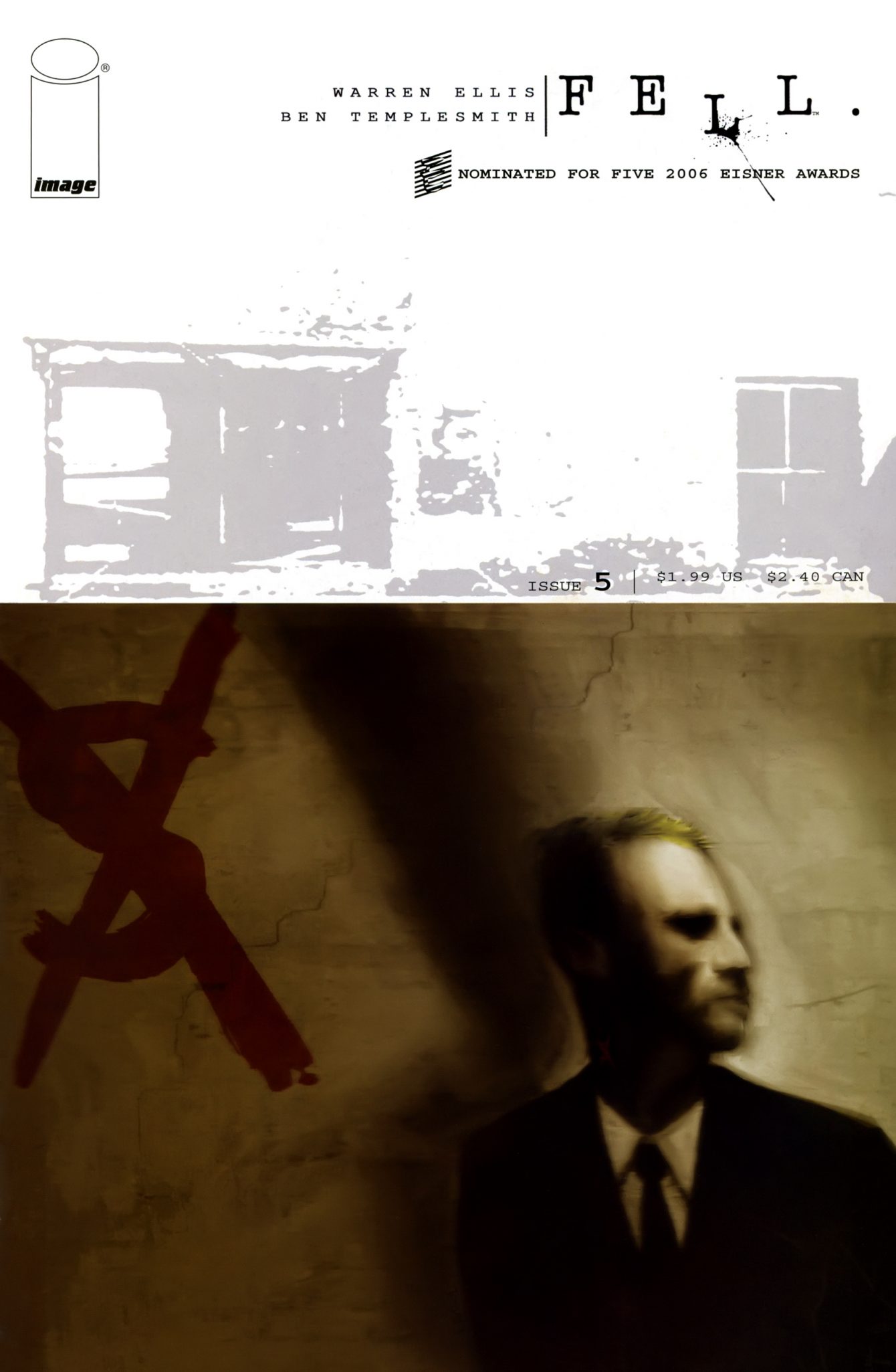 As news of Ellis’ potential return unsurprisingly began to spark outrage across social media, Templesmith returned to his Patreon account to address the situation, explaining to fans, “I just can’t subscribe to a permanent social and economic living death for anyone, outside of criminal matters.”

“What’s between you all & him is your personal business & I wish you all well in those dealings. Everyone will be free to not buy the book, ignore his further works, (& mine) deride them & pass judgment economically, I know some people will never be happy, or healed,”  Templesmith told one of his subscribers in a thread discussing the announcement. “I’ve dealt with abuse & manipulation myself, so I empathize with those affected.”

He concluded, “I also believe in redemption & that he’s capable of making amends, growing from his actions & hopefully becoming an example of change in a community that desperately warrants it.” 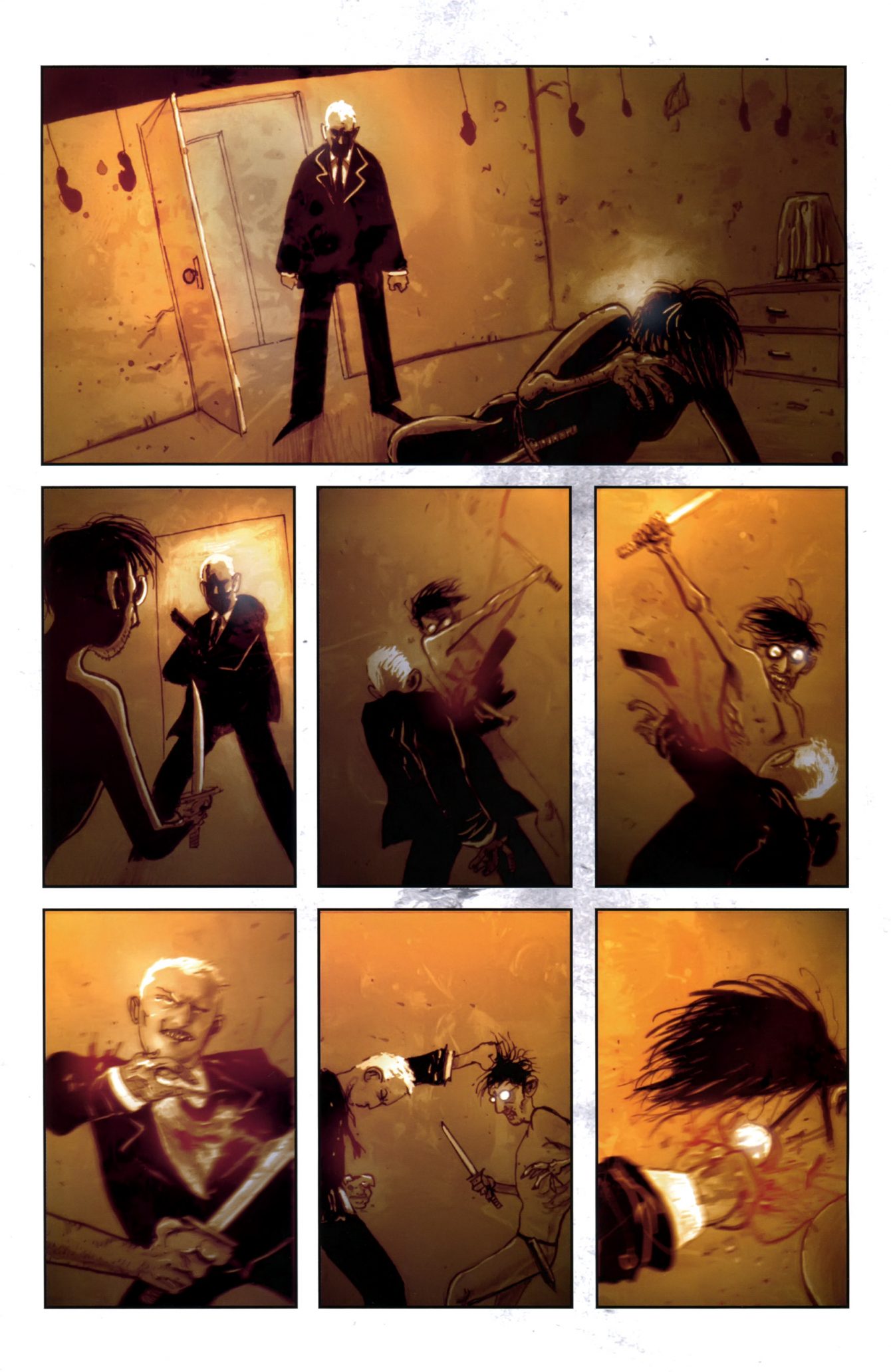 Ellis’ return to comics also drew the attention of SoManyOfUs.com, “a collective of over 60 women and nonbinary people from across the world” who claim to have been the victims of “a pattern of behavior [from Ellis] that includes, but is not limited to, serial emotional manipulation, grooming, coercion, and calculated gaslighting.”

In response to the news of Fells’ revival, SoManyOfUs.com issued a statement on June 23rd expressing their disappointment with how, “since his public statement a year ago, to the knowledge of these authors, Ellis has still not taken direct responsibility for his destructive behavior nor attempted to tackle the circumstances that allow such behavior to go on unchecked both on and offline.” 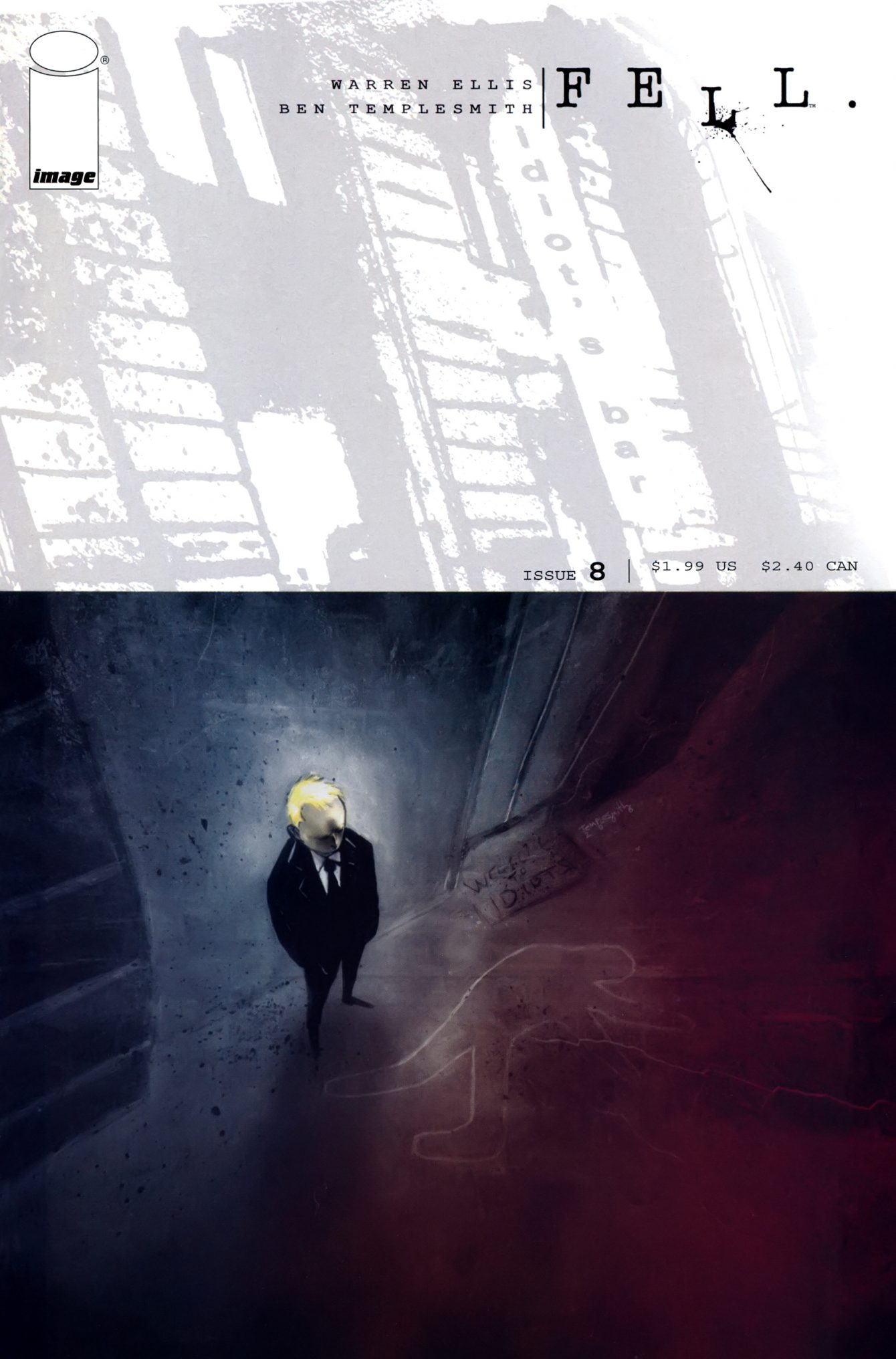 “During the past year, we were comforted by an outpouring of encouragement while also heartbroken to be contacted by more targets of Ellis and of other men using similar patterns to abuse power,” wrote the collective’s members. “Today, as Ellis returns to comics without making amends to anyone involved in SoManyOfUs.com or accepting the ramifications of his actions, the renewal of ardent public support alongside calls for accountability is reassuring.”

“We reaffirm our call for Warren Ellis to earn the opportunity to become the man so many people believed him to be,” the collective’s statement concluded. 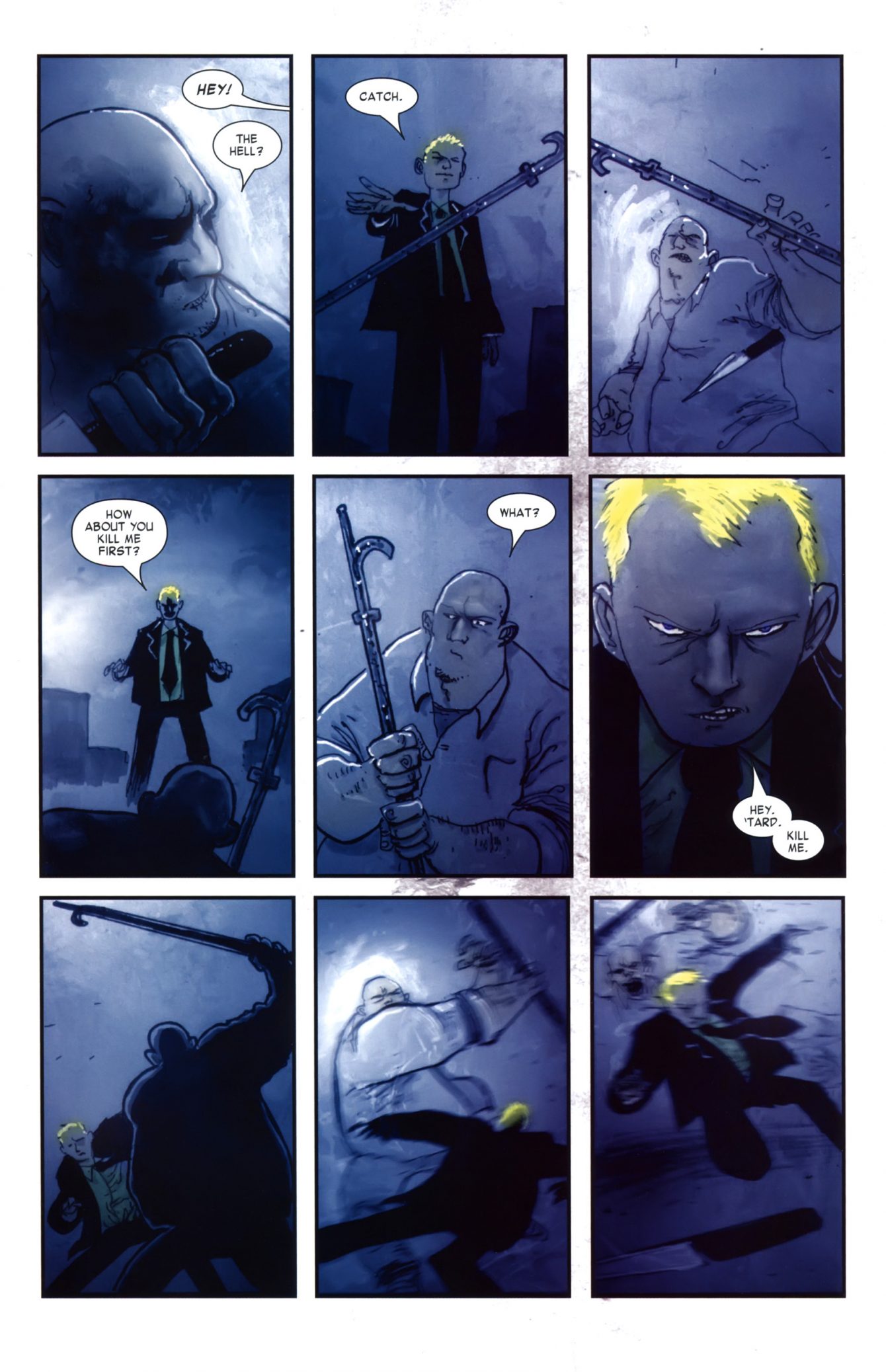 The next day, June 24th, SoManyOfUs.com announced that their statement had prompted a direct response from Ellis to the website, marking the first time the author had engaged with the collective since its formation.

“I was made aware today of the offer of a mediated dialogue,” wrote Ellis, as seen in a contact form submission submitted by the author to and shared by SoManyOfUs.com. “I am available at the above noted email address, [redacted], to begin a conversation. At your convenience, please let me know how this will work.” 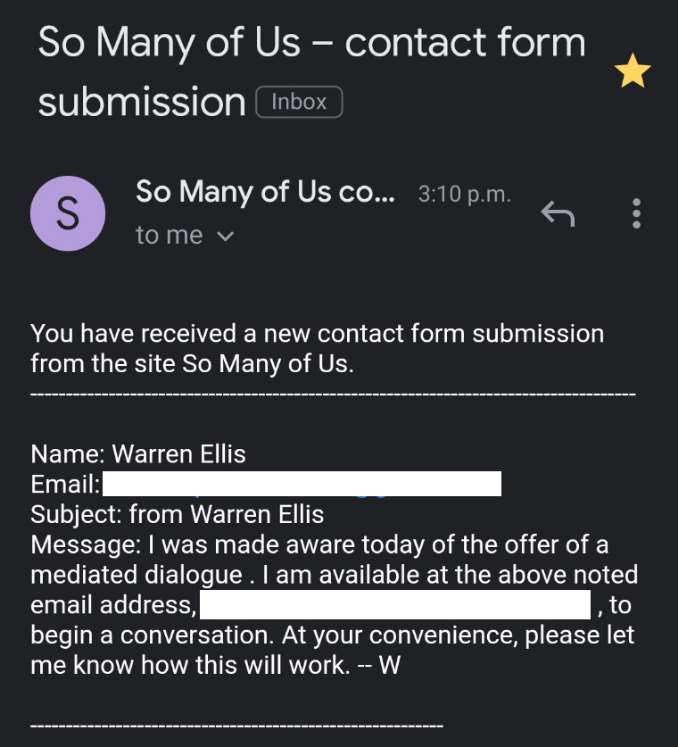 A short time after reaching out to SoManyOfUs.com, Ellis published a new edition of his Orbital Operations newsletter – the first issue published since he ceased its production following the surfacing of the accusations against him – to apologize for his accused wrongdoings.

In the lengthy surprise edition of his newsletter, Ellis asserted, “in the past, I have been careless and unthinking in my personal relationships, and I again apologise without reservation.”

“In the last year, I’ve entered therapy and taken other measures to change my behavior, and am continuing to process the help and advice I’ve received,” he continued. “I’ve had a lot of long, hard conversations with people who are or have been close to me, and I need to have a lot more. I’m working on change.” 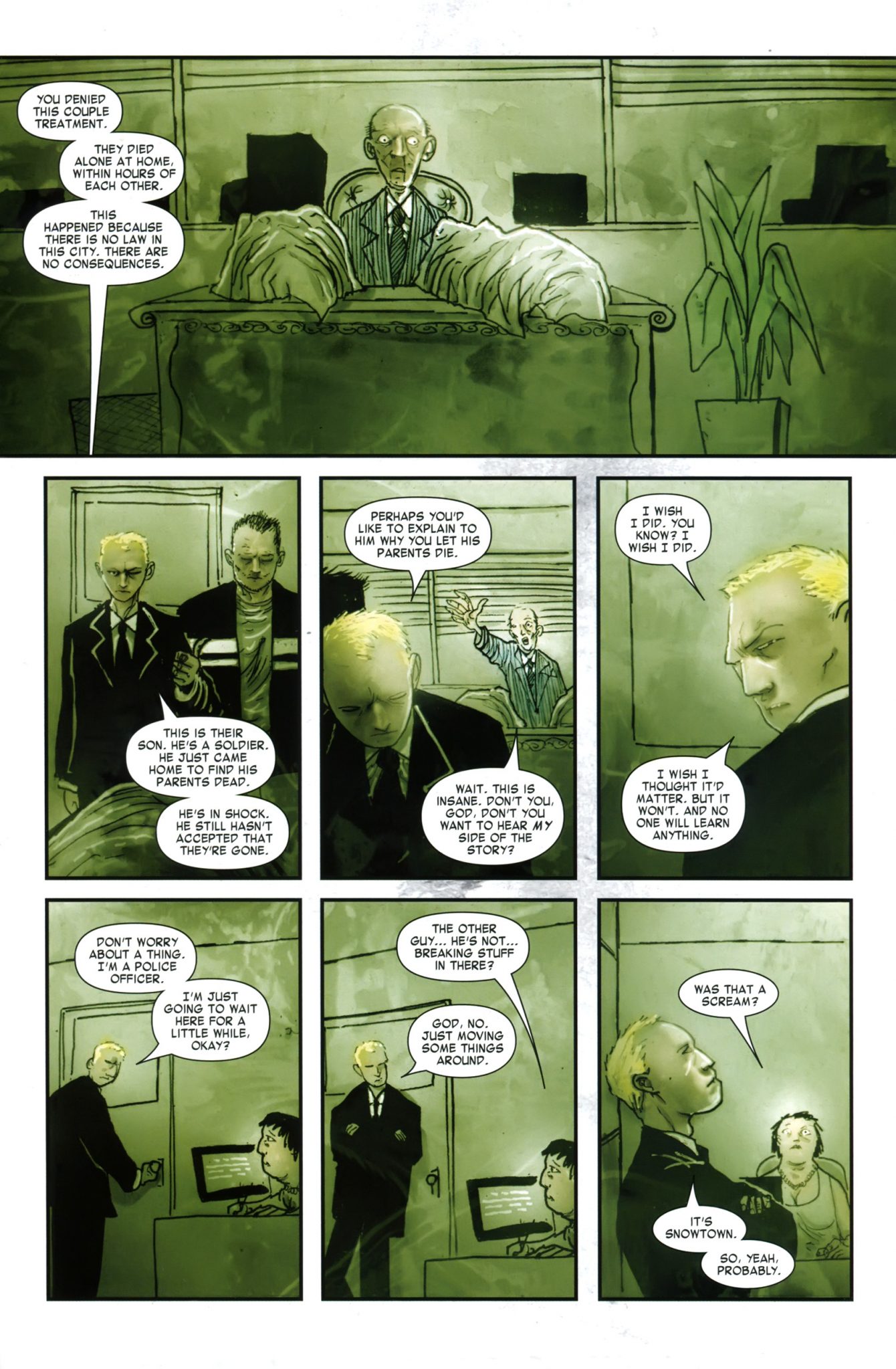 Of his lengthy public silence on the accusations, Ellis explained that he had “been silent because I had a lot of work to do and still do, and have repairs still to make, and wish to proceed mindfully without causing further harm.”

“If you are a reader who supported me, then thank you, but please don’t defend me anymore,” Ellise added. “Change doesn’t happen overnight — I’m at the start of a long road, and it’s not a road with a defined end – and it doesn’t happen in a vacuum. If you want to support me, then support efforts towards transformation of communities, industries and workplaces.” 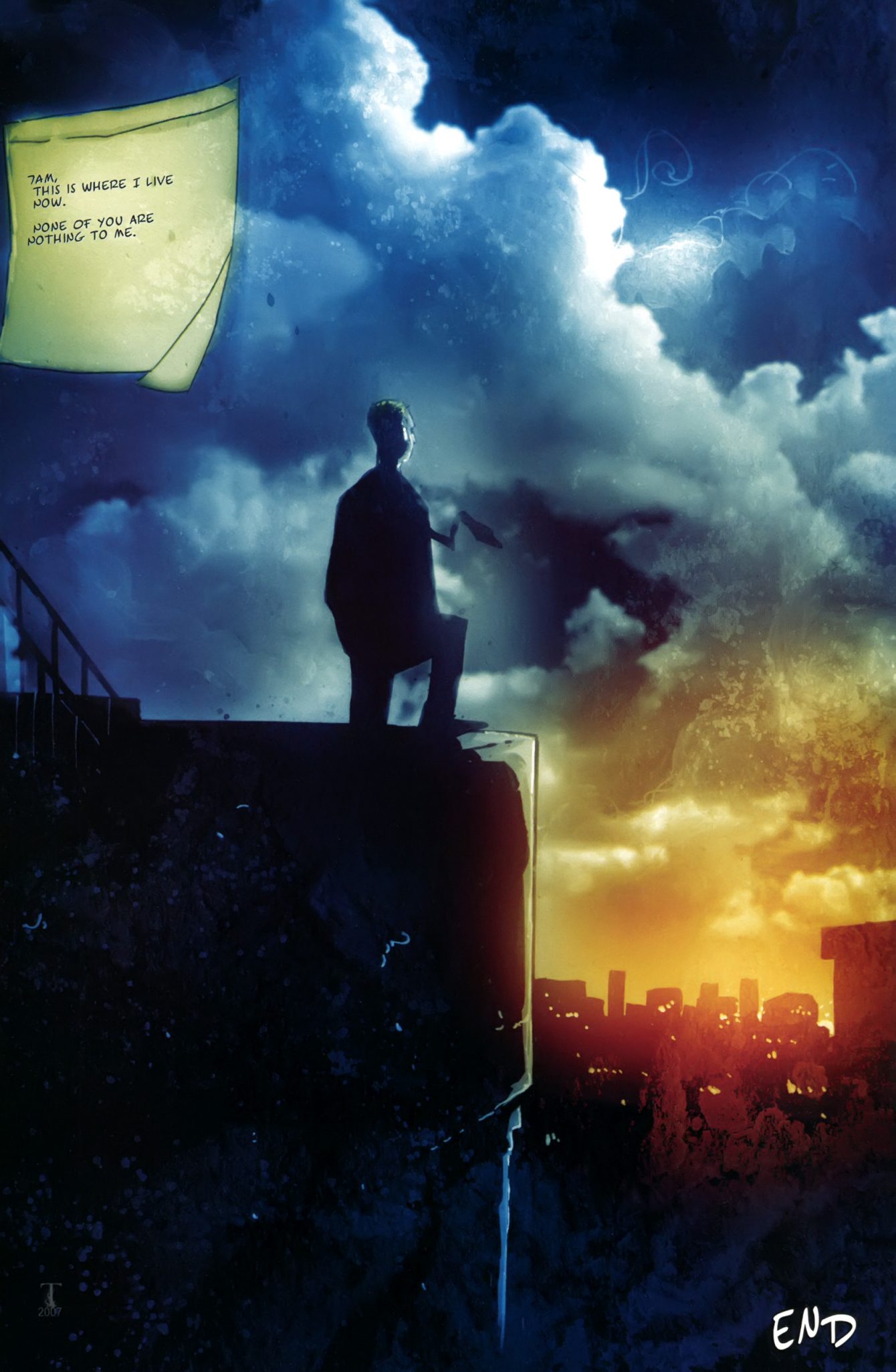 Image Comics finally and officially clarified the situation surrounding Ellis on June 25th, posting a statement to their social media accounts informing fans that “This week’s FELL announcement was neither planned, nor vetted, and was in fact, premature.”

“While finishing Warren Ellis and Ben Templesmith’s Fell is something we’ve been looking forward to for years, Image Comics will not be working with Warren on anything further until he has made amends to the satisfaction of all involved,” the publisher added. “It is our sincere hope that the conversations that are beginning now will result in positive changes for everyone. Please visit SoManyOfUs.com.” 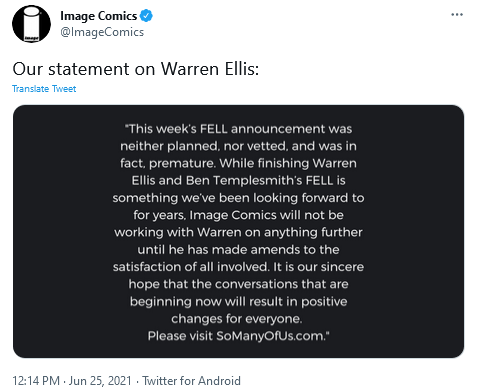 What do you make of the response to Ellis’ now-deconfirmed return to mainstream comics? Let us know your thoughts on social media or in the comments down below!