Searching for stability in the face of record high levels of illegal immigration resulting from a surge in refugees fleeing cartel violence in Mexico and a growing wave of White Supremacy and anti-hispanic racism in the United States, the New Founding Fathers of America have proposed the unthinkable in order to solve the nation’s problems: the reinstatement of the Purge.

Written by The Purge creator James DeMonaco and directed by Everardo Gout, The Forever Purge is the fifth film in the franchise and its first entry since The Purge TV series ended after only two seasons in 2019.

Taking place primarily in Los Felis Valley, Texas, The Forever Purge follows Mexican refugees Adela (Ana de la Reguera) and Juan (Tenoch Huerta), who despite having made a life in America after living in the country for just ten months, continue to find themselves the victims of racism.

A talented cowboy, Juan works for the financially successful Tucker family on their ranch alongside Dylan (Josh Lucas), a member of the Tucker family who isn’t as good of a cowboy as Juan and lets his “white man good, Mexican bad” mentality drive his actions way more often than he should. 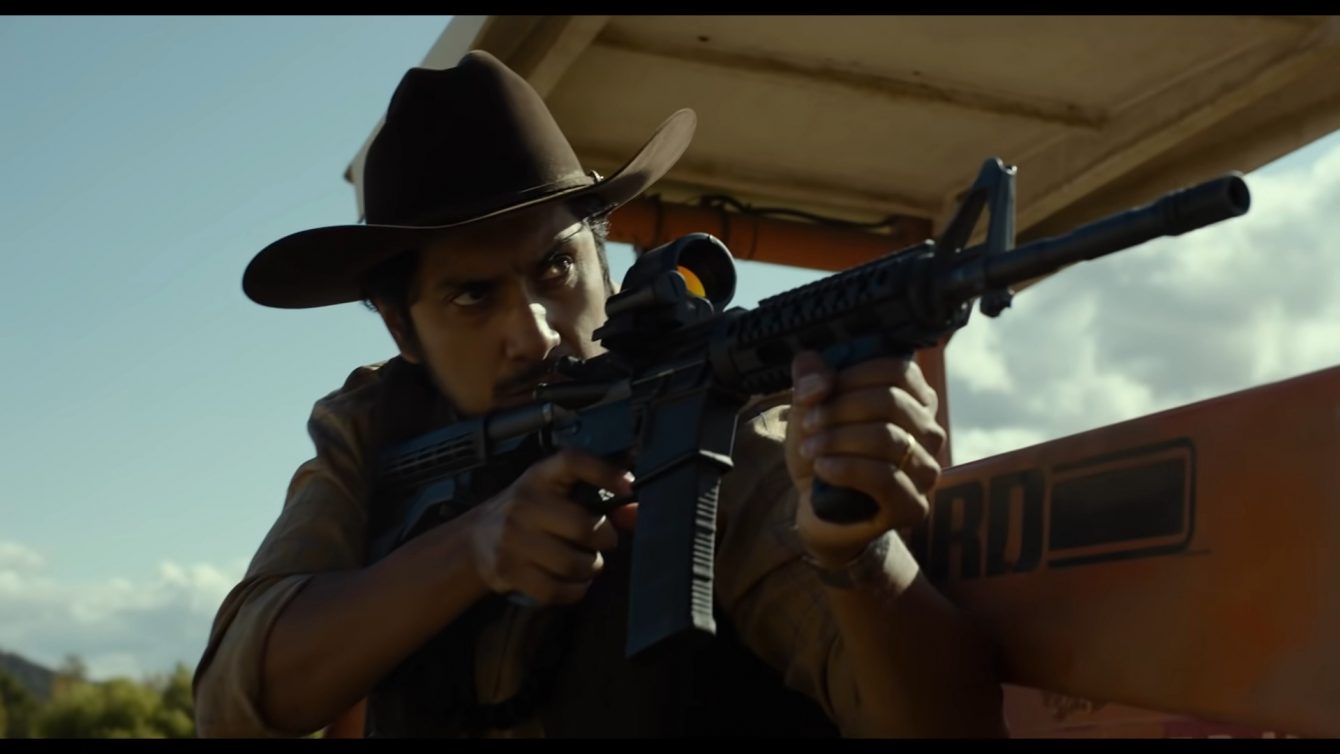 With the announcement that the Purge will be reinstated, the two buckle down and prepare to survive their first ever experience with the country’s most gruesome tradition. While the two successfully find sanctuary and survive the initial 12 hours of the sanctioned Purge, they emerge to find that many US citizens have just outright refused to stop purging.

Amidst the chaos, Canada and Mexico open their borders for six hours, allowing anyone not interesting in partaking in the events and wants to survive to flee to one of respective countries. However, the two countries also announce that after these six hours pass, they will be closing their American borders forever, preventing any further escape.

As the entire nation falls into chaos, its citizens begin to realize that The Forever Purge has begun. 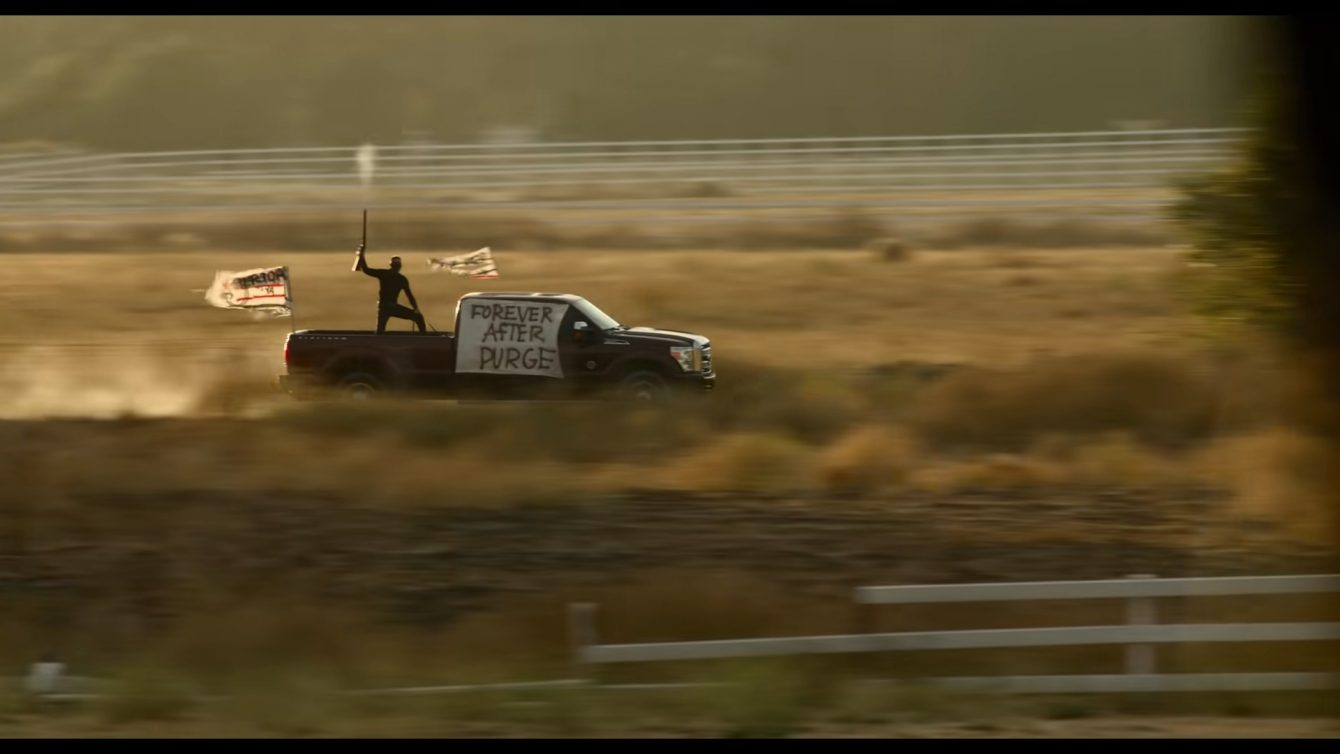 The fifth film in the franchise and the latest installment since The Purge tv series ended in 2019, The Forever Purge is pretty much of the same for the horror franchise – in other words, it’s not going to make or break the opinion you already have about these movies.

A definite improvement over The First Purge, which one could argue is the worst film in the series, the performances in The Forever Purge in particular are leaps and bounds better in comparison to those found in its predecessor 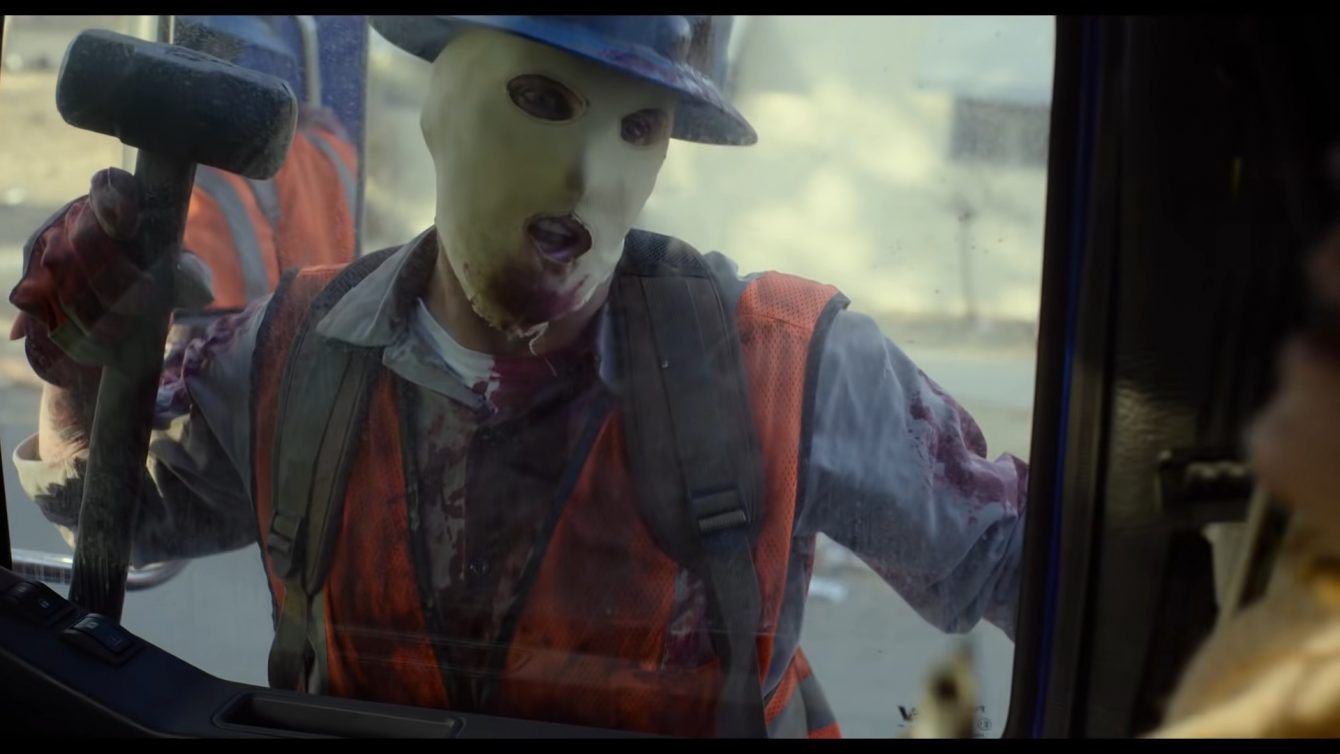 You know how there are some movies where, for some reason or another, you don’t watch every trailer it drops before release, and thus are end up surprised when the film turns out to be completely different from the one-note-concept you imagined it would have?

While the upside to this avoidance of marketing material is that you’re almost completely in the dark about a given film prior to seeing it, the downside is that what your own imagined concept of the film may have more more potential than the final product. 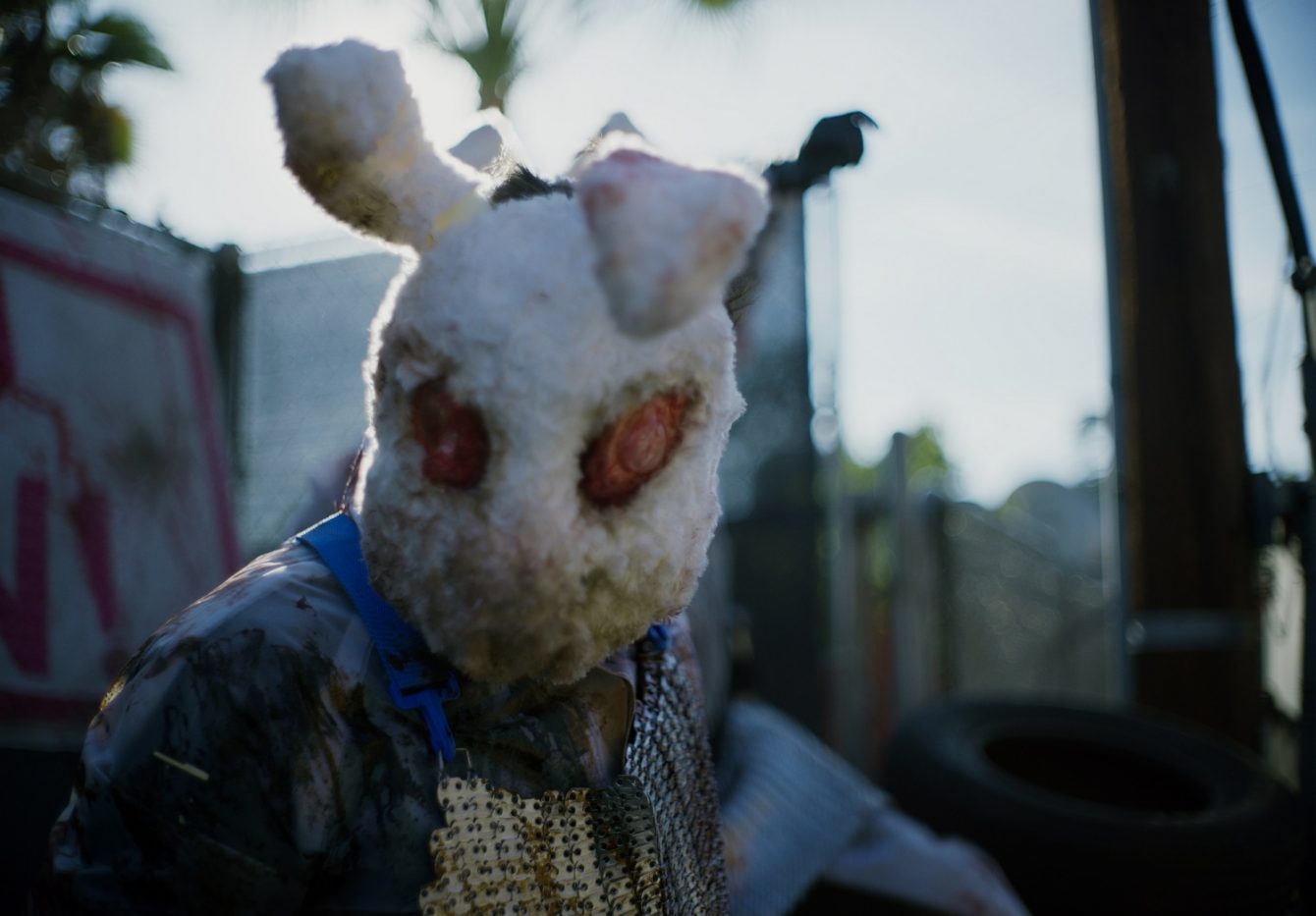 A Purger in The Forever Purge (2021) directed by Everardo Valerio Gout, Universal Pictures.

The Forever Purge was one such film for me. For some reason, I thought the movie took place in a not-too-distant future where the majority of the country had become a desolate wasteland, water was scarce, and tumbleweeds were the closest thing to a pet anyone had.

Not only that, but I imagined that The Purge, long-outlawed in this post-apocalyptic future, had been reinstated as a full-time event by a group of crazed desperadoes.

Sadly, my idea of a western-slash-Mad Max-inspired Purge film ended up being way more interesting than The Forever Purge actually was, as most of the film’s creativity is found not in the Purge itself, but rather in the expansion to the franchise’s lore – specifically the state in which the USA is left in by the end of the film, as well as the end credits reveal of where Americans across the country are located 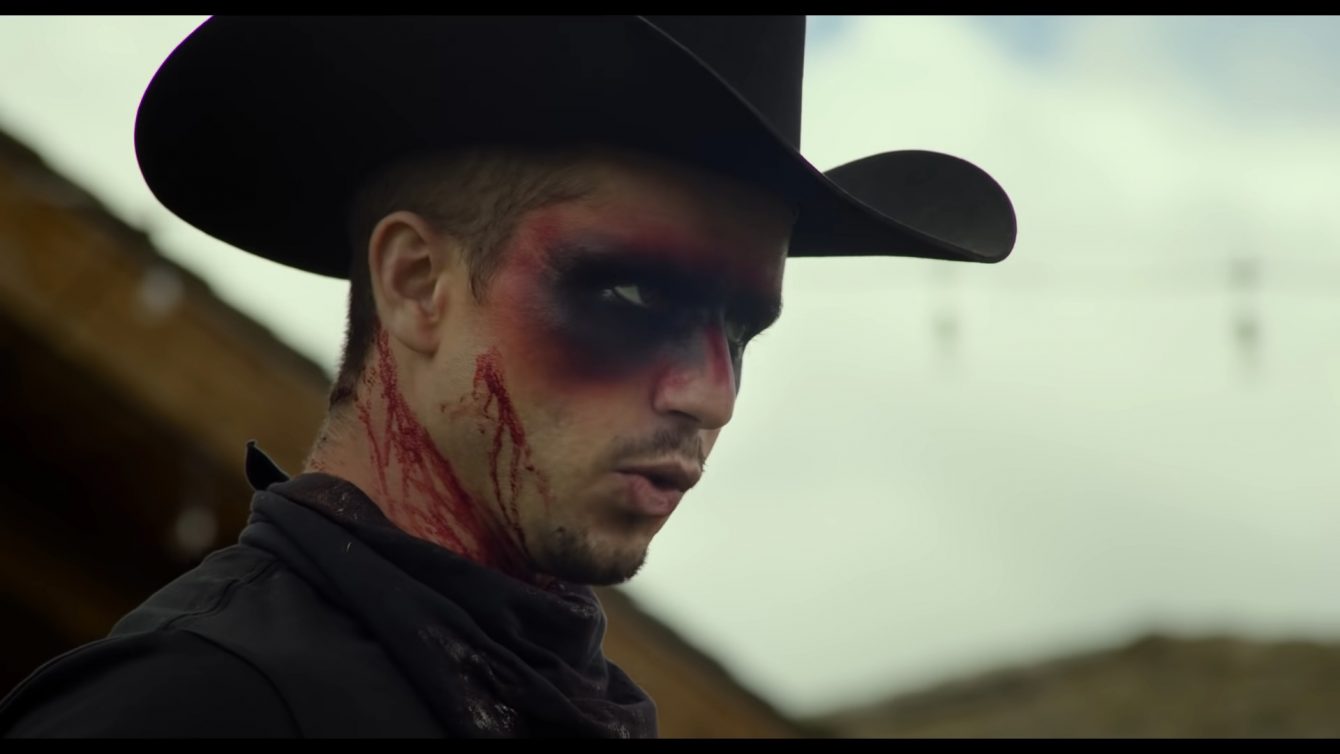 A Purger in The Forever Purge, directed by Everardo Valerio Gout.As a result, The Forever Purge ends with the franchise seemingly having lost whatever bite it may have once had. Kills are about as memorable as a bug splat on your windshield while driving on the highway, character development is minimal at best, and you aren’t invested in the outcome of what’s transpiring whatsoever.

You also don’t really know who the protagonists of the film are. Do you root for the successful family that doesn’t know how to cooperate outside of its own race, or the married couple that came to this country illegally?

Furthermore, why is it that each film’s unique masked purgers, who literally show up for only a handful of scenes in each of their respective appearances, are the best part of these films?  It’s like really awesome DLC for a lifelessly dull video game. 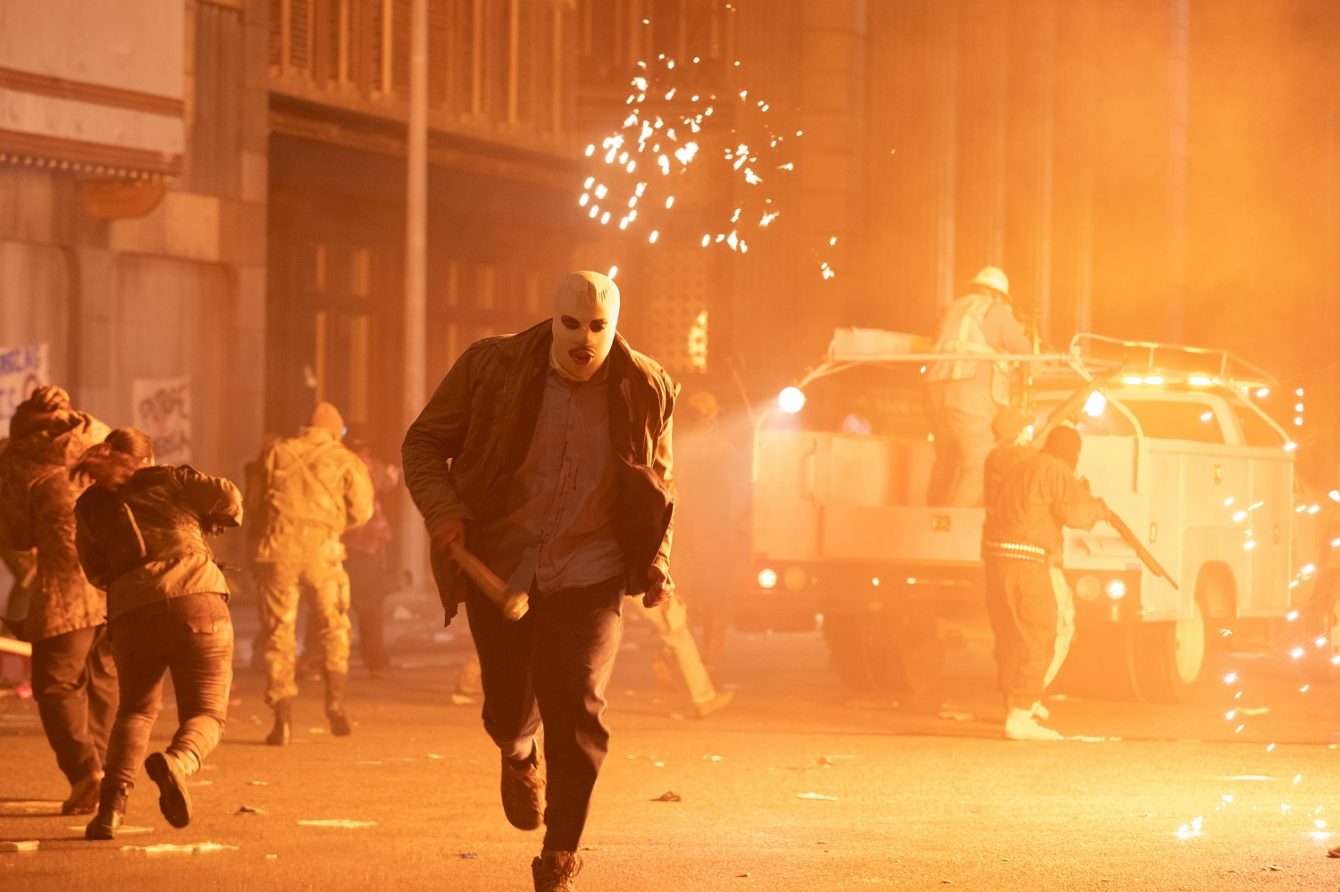 While the action-horror film does at least introduce two strong female characters, Dylan Tucker’s wife, Cassidy (Cassidy Freeman), isn’t one of them. Her defining characteristics are that she’s pregnant and helpless.

However, Dylan’s younger sister, Harper (Leven Rambin), is awesome. She knows how to use a gun, is resourceful, intelligent, and breaks the ‘dumb blonde’ stereotype we’re all too familiar with.

Ana de la Reguera also rectifies her death in Army of the Dead with her performance as Adela, a former member of a group of women who fought against the cartel in Mexico who can fight, has knowledge of weapons, and knows how to navigate the city in the safest way possible. In other words, she’s a bad ass. 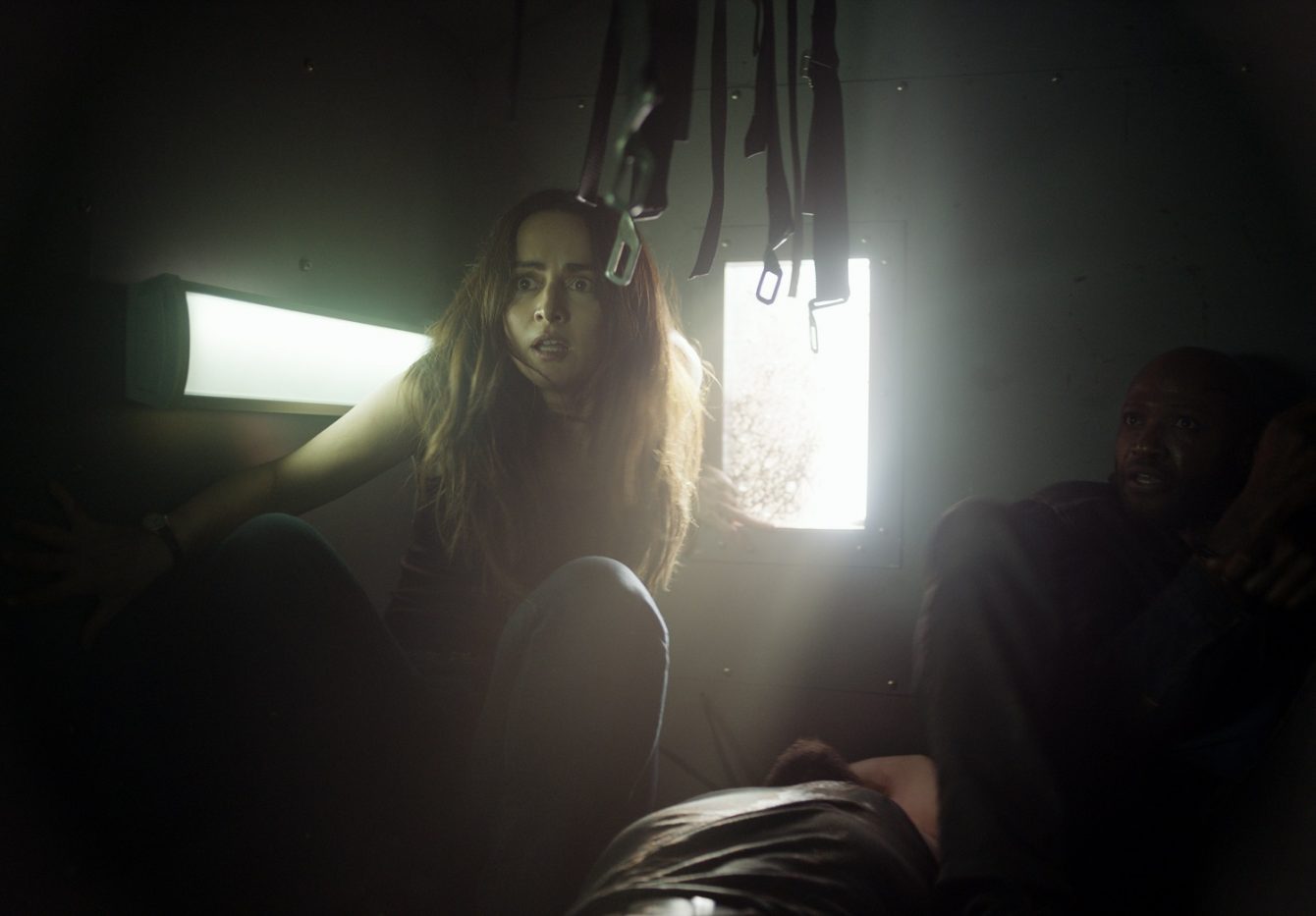 While The Forever Purge is meant to serve as a ‘final entry’ for the franchise, everything is left wide open at the end of the film, just in case another sequel gets greenlit. After all, we know how the general movie-going population just loves to keep mediocre franchises alive.

As such, nothing is resolved by the end of film, and the Forever Purge ends up being just what it sounds like: never ending.

The issue with this non-ending is that where the franchise could potentially go and where it’s actually going are two entirely different things, and thus the end result of the Forever Purge is way more disappointing because of this split. 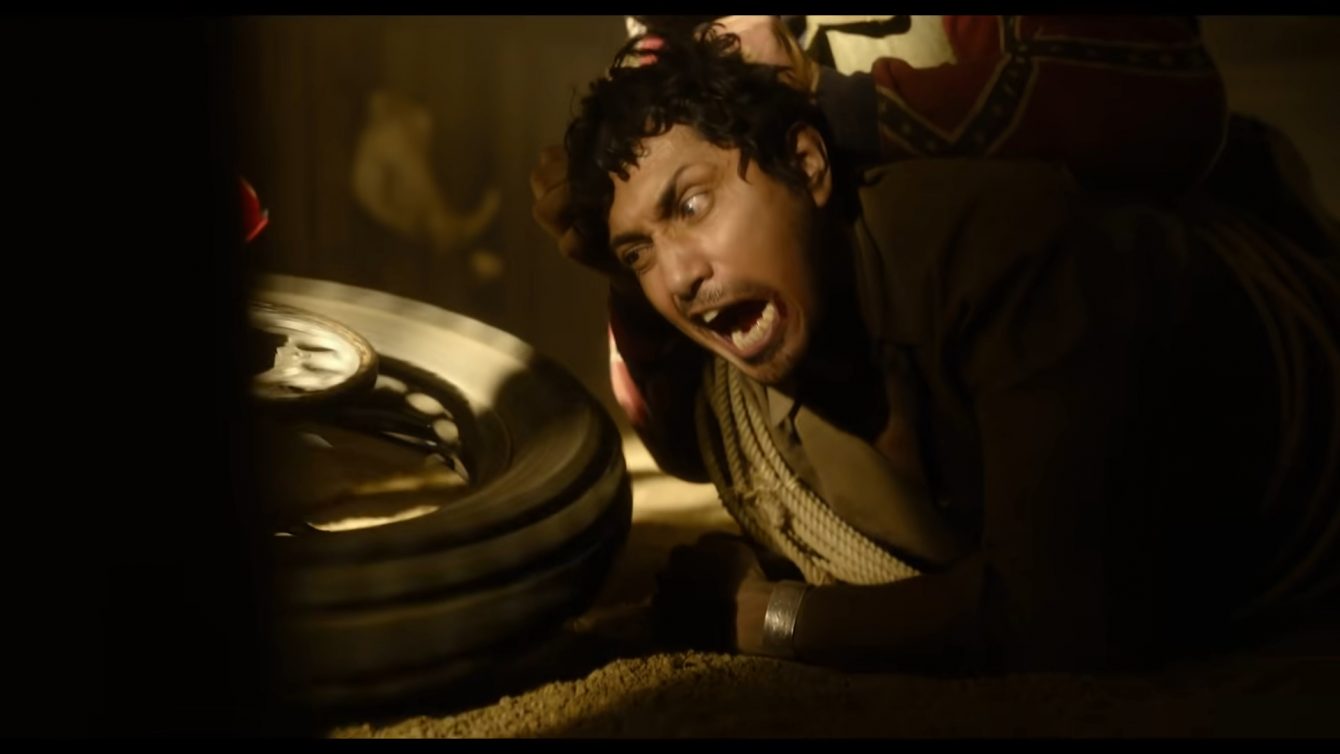 A lackluster Purge entry at best that is only considered decent because the film that came before it is so awful,  The Forever Purge does put some effort into attempting to put a different spin on how we view immigrants, but even that seems half-cocked at best.

With a concept this stagnant, The Forever Purge has successfully done what other horror movies have never been able to do; make deaths, murdering, and killing a total bore. Hopefully, with any luck, The Purge franchise will pillage and murder itself with this entry.