Marvel Studios released a brand new trailer for their upcoming animated series What If…?

As you can see above, the trailer gives a pretty good glimpse at what we can expect to see in the show’s first season.

First, the trailer reveals that Tony Stark will not get kidnapped by the Ten Rings, but is instead saved by Killmonger after the Ten Rings attack his humvee.

As we saw in the previous trailer, we will also be getting an episode focused on Doctor Strange. 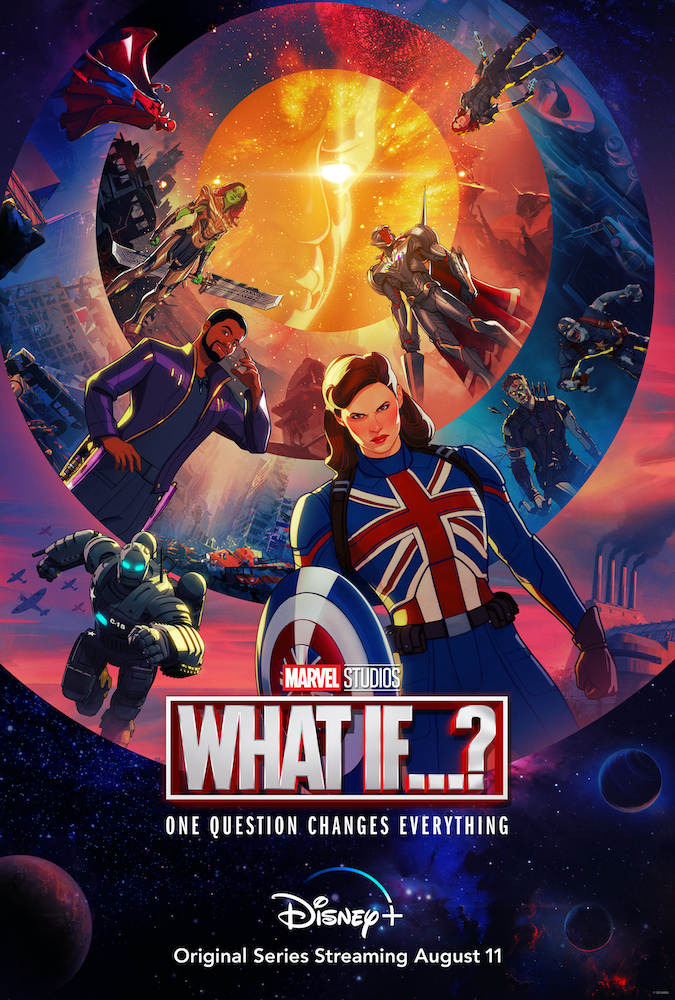 One of the more interesting reveals is that The Guardians of the Galaxy appear to have replaced The Avengers in the first Avengers movie although it also appears that the fight no longer takes place in New York City, but possibly somewhere in China. But it also doesn’t appear to be the main group of Guardians as we see what looks to be Black Panther and Thor joining Star-Lord and Gamora. Groot, Drax, and Rocket are nowhere to be seen.

Then we get another look at T’Challa becoming Star-Lord and joining up with Yondu and the Ravagers. This episode was heavily showcased in the first trailer. So no surprise to see more of it here.

There is a tease with the Hulk going Hulk as it appears Black Widow is unable to calm him.

From there we get Loki leading Asgard as he prepares for war against what looks like Nick Fury and Earth.

We then get a montage of a lot of different episodes including Ultron inhabiting the Vision body, Howard the Duck, Peggy Carter taking flight on top of an Iron Man suit, and Killmonger leaping into battle.

The next big focus is on Peggy Carter and Captain Carter. We’ve seen quite a bit of footage from this already, but we also get a pretty big reveal as Dr. Strange shows up talking to her in this trailer.

The trailer then goes into a montage showcasing Hawkeye, Marvel zombies, Spider-Man, Ego, the Ancient One, Shuri, and more.

Finally, it concludes with T’Challa as Star-Lord and Yondu taking on a squad of Kree soldiers. Then they tag team on the Collector. The trailer concludes with a number of different mirror fragments filled with different possibilities.

The trailer also officially revealed the show will launch on Disney+ on August 11, 2021.

Do you plan on checking out What If…? when it arrives in August?