Loki is alive, but he finds himself trapped in The Void with a number of Loki variants that are hunted by a hungry tempest named Alioth. Meanwhile, Sylvie is back at the Time Variance Authority (TVA) attempting to extract information from Renslayer about who created the TVA.

This episode is a vast improvement from the previous two installments, which were not only boring, but began adding stupidity on top of the snooze fest. That’s not to say this episode doesn’t have it’s own moments of boredom, but they are kept at bay by some exciting action set pieces.

The episode starts where “The Nexus Event” left off with Loki encountering four different variants of himself. There isn’t much time for small talk, thankfully, we’ve seen way too much of that in this series.

Richard E. Grant’s Loki moves things quickly along as he tells Loki where they are, The Void, and that they are about to get eaten by Alioth, a giant shadowy storm beast that is quite hungry.

It’s a nice little scene that makes you want to know more about The Void as well as Alioth, not to mention these other Lokis. And while we don’t get answers right away, this episode does indeed answer them.

And as much as I’ve criticized the CGI and graphics over the previous four episodes, Alioth was well designed and looked very similar to his comic book appearances in The Avengers. This is the Marvel Studios graphics we know and expect. 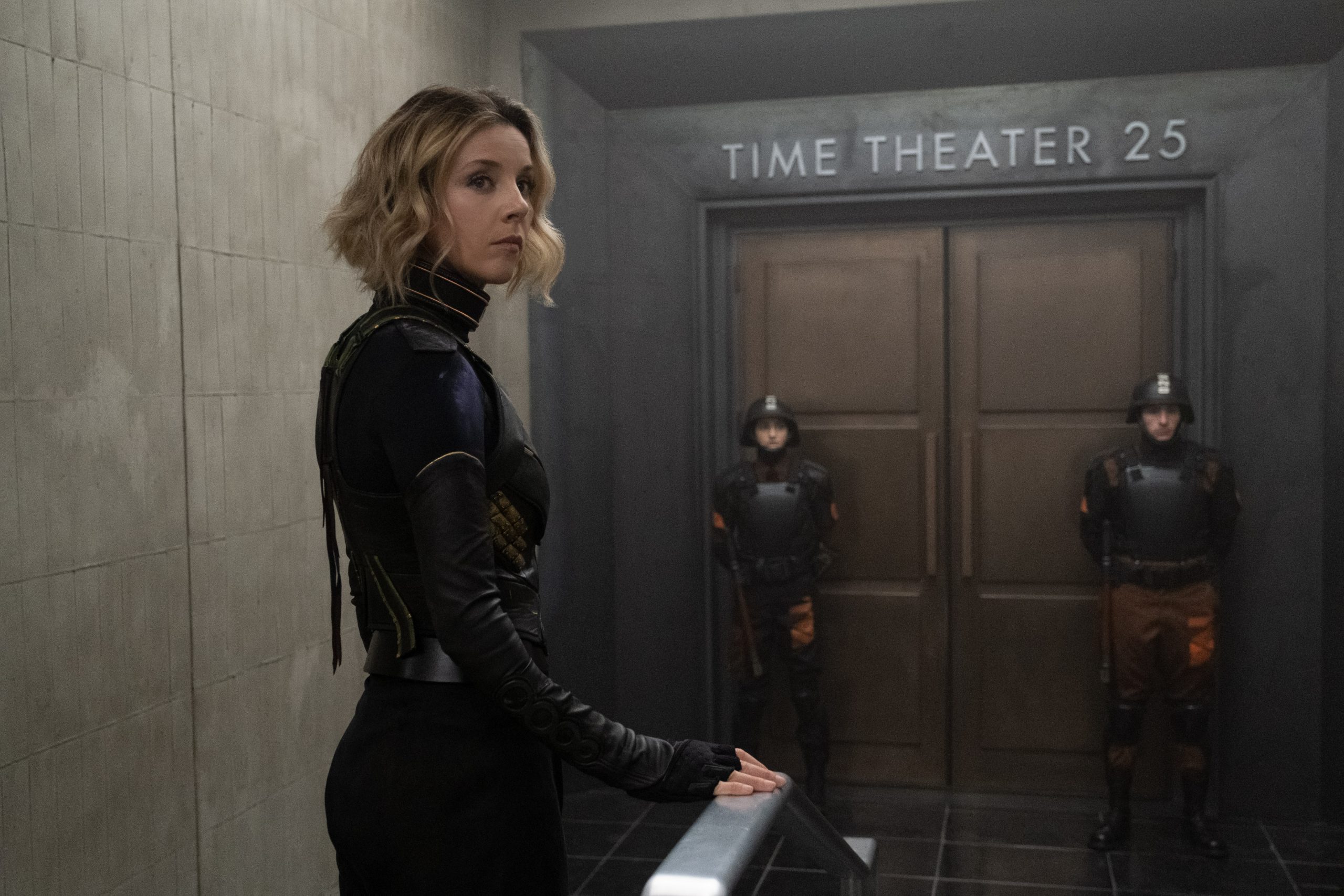 From there, we switch back to Sylvie as she interrogates Renslayer in order to figure out who created the TVA. This scene falls flat because Sylvie stays within the confines of the TVA instead of transporting to a nexus event and using her enchantment powers to interrogate her.

I mean Renslayer asking Sylvie to trust her is a complete joke when she can just take a TemPad device and use her enchantment powers to extract the information. Not only that, but Sylvie made it clear she doesn’t trust anyone.

From a narrative standpoint, this was absolutely stupid, and makes Sylvie look dumb. She even gives Renslayer the TemPad, meaning she does in fact trust her. Remember, Sylvie’s primary mission is to destroy the TVA and the person behind it.

However, we do get some information about The Void as Renslayer reveals that pruned timelines are sent there so “it won’t continue growing.” Not only that, but The Void is at the end of time.

Switch back to Loki and we get some more exposition on The Void as the four variants explain what Alioth is, although I’m not sure we really needed any more explanation than what Grant’s older Loki gave us in the beginning. This brief conversation seemed rather meaningless, although Loki’s reaction to discovering the alligator was a Loki was slightly amusing.

There’s a bunch of Marvel Easter Eggs in the next scene as we are introduced to Kid Loki’s base on The Void. There’s the Thanos helicopter, Throg, and even a Mjolnir.

The episode then shifts back to Sylvie at the TVA. Sylvie is able to deduce that when the TVA prunes people they are sent to the end of time where The Void is. She also suspects that whoever is behind the TVA is hiding at the end of time in order to avoid detection. However, while this theory might have been plausible before the last episode, the nexus event when Loki and Sylvie were about to kiss seems to throw a kink in that theory as you had a nexus event within a nexus event.

Nevertheless, Sylvie’s stupidity for trusting Renslayer is put on full display as Ms. Minutes and Renslayer just buy time in order for some Minutemen to show up. There’s a bunch of needless banter back and forth between Sylvie and Renslayer as Sylvie just ends up pruning herself so she can be transported to The Void.

Switch back to Loki, and there’s some fun humor as the Lokis are telling their stories. The black boastful Loki insults the alligator Loki and pays the price as the alligator attacks. It was quite funny.

Along with the humor, we get a master class in storytelling from Grant’s Loki as he details how he survived Thanos using his illusion magic. Hiddleston then gives an inspiring speech about wanting to kill Alioth in order to be able to get off The Void. However, he’s laughed out of the room as the odds are overwhelming. As he exits he meets more Loki variants including the Vote Loki version. 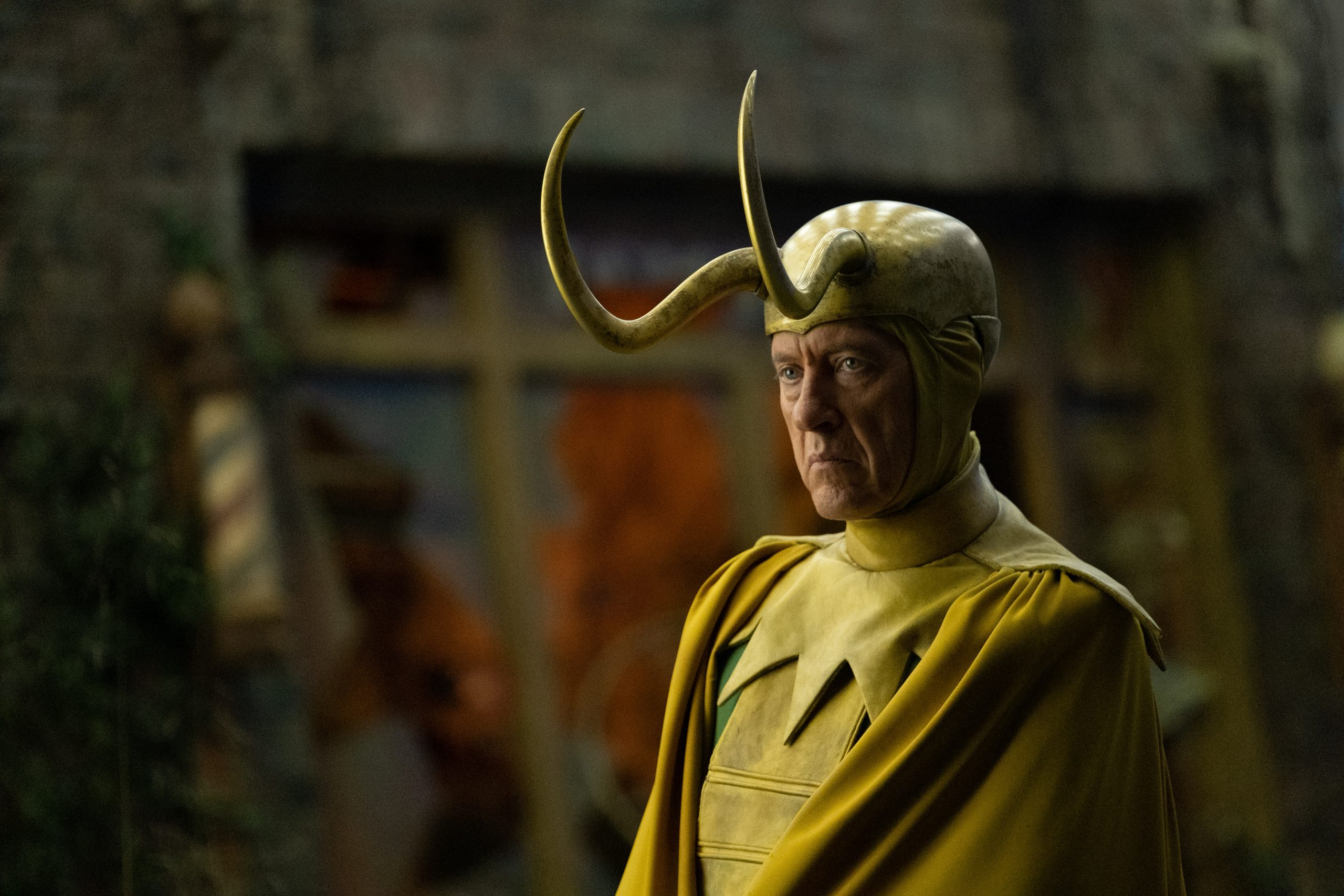 Cut to Sylvie and she’s arrived in The Void and has to quickly escape from Alioth. As Alioth hunts her, she uses her enchantment magic on him and is able to brush him aside, but not for long. While using her enchantment powers, she sees a castle hidden behind Alioth.

As Alioth pursues her, she eventually gets help from Mobius, who arrives in what appears to be an homage to Toy Story’s Pizza Planet truck. It’s a nice little action scene and we once again see the threat of Alioth first hand. The suspenseful music also helps set the scene very well.

As the show transitions back to Loki, it treads to alarming levels of stupidity seemingly only to highlight the fact that Loki, no matter the variant, is always working a double cross angle to gain an advantage for himself.

Hiddleston’s eye rolling reaction to the entire exchange is exactly what I felt watching. The only bright spot in the entire scene is the alligator attacking the Vote Loki variant and biting off his hand. Everything else was just eye-rolling stupidity.

Loki eventually escapes with Grant’s Loki, the alligator, and Kid Loki. Grant’s Loki uses some nice illusion magic and then creates a portal that takes them elsewhere on the planet. It’s odd that he’s able to create a portal on the planet, but is apparently trapped on the planet. No explanation for how the portal works is given. This portal will also come into play later in the episode as well.

After escaping the other three variants are on board for finding a way to kill Alioth believing the only way they can change themselves is by defeating the TVA. It’s a weird turn as just by stating that they’ve clearly indicated they’ve already changed.

Back to Sylvie and there’s actually an interesting discussion about the ends justifying the means between her and Mobius. However, it doesn’t really go deeper than a surface level examination. And the conversation is quickly turned to Sylvie telling Mobius her plan is to confront Alioth.

There’s a really neat action sequence where we see Alioth really show off its fearsome power as he devours a World War II era Cannon-class destroyer escort named the USS Eldridge. This was a really awesome sequence with great special effects that showed off Alioth.

Next, Sylvie eventually shows up and derides Loki plan to kill Alioth as idiotic. Instead, she offers her own plan, to enchant it. It’s actually a decent scene as both of them mock each others plan. But Sylvie’s eventually wins as at least it’s somewhat proven based on her first encounter.

Back at the TVA, Renslayer interrogates B-15. It’s a rather pointless conversation that only describes Sylvie’s motivations, like we didn’t know them already. It should have been cut. It was useless.

The show almost grinds to a halt in the next scene as Mobius discusses whether or not the alligator is actually a Loki. We do get an answer from Mobius on why he’s completely turning on the TVA. He simply says it’s never too late to change. It’s so strange given he only believes that he is a variant that had been plucked out of a different timeline based on Loki’s assertions from Sylvie. For an investigator, he seems to thrown out all of his deduction and reasoning skills out the window.

After that, Loki and Sylvie sit on a hill and discuss their moment from the previous episode. This felt like it took forever. If you have a pillow while watching this scene you might just fall asleep. It wasn’t just boring, it was excruciatingly boring.

After this seemingly never-ending discussion finally does come to an end, they face off against Alioth. However, the entire team breaks up before the fight begins. It’s like a reverse Avengers moment.

Sylvie gives Mobius a TemPad so he can leave. The other Loki variants then go their own way, but do decide to stay in The Void.

Not only is this weird that they are breaking up as they are about to fight Alioth, but as Mobius is about to leave, Loki embraces him in a hug and calls him a friend. This is the man who was just brutally torturing him with Sif an episode ago. Albeit he did free and planned to topple the TVA, but it’s hard to imagine forgiving someone that quickly, especially when you are Loki and you have a long memory.

It’s out of character, but not a surprise given how Loki’s been showcased throughout this show.

The fight finally begins with Loki and Sylvie planning to ambush Alioth as it devours a variant branch. However, the branched timeline doesn’t show up and Loki has to play decoy while Sylvie attempts to enchant the creature.

Things look like they are getting out of hand as Loki’s distraction doesn’t work for long. Fortunately, Grant’s Loki uses his illusion magic to recreate Asgard. This is a truly Marvel moment as we see just how powerful his illusion magic is.

However, Sylvie still isn’t strong enough to enchant Alioth on her own. She and Loki, who doesn’t know the enchantment power, then try and enchant the beast.

As Grant’s Loki continues to recreate Asgard, Alioth begins to surround him. His power fades and Loki struggles to master the enchantment power. Grant’s power begins to rapidly fade and Alioth eventually consumes him. Remember that portal he created. He doesn’t use it to escape. He just continues to act as bait and Alioth devours him.

As soon as Grant is killed, Loki masters the enchantment power and Alioth is defeated, opening the way to the castle and presumably the person behind the TVA.

The castle and the surrounding energy around it also look very similar to the castle seen in the Quantum Realm back in Ant-Man and the Wasp.

Overall, this episode was far superior than the past two episodes despite still struggling with a number of very boring and quite stupid scenes. The graphics especially the recreation of Asgard and Alioth were what you expect from Marvel. The scene with the cruiser was top notch. The alligator was put too good use as well for comedic effect. Both of the scenes he was featured in he stole.

While the gator stole the scenes he was in Grant’s Loki definitely stole the entire episode. His acting was exceptional and the way his Loki was written was also very well done. On the opposite end, they made Sylvie look like an idiot with Renslayer. On top of that the “connection” scene between Sylvie and Loki should have just been deleted. It was that bad.