In their latest issue of DC Connect, DC Comics showed off their new Harley Quinn series spinning out of the Harley Quinn HBO Max animated show.

The new series will be six issues in length. It is written by Tee Franklin with pencils and inks by Max Sarin. 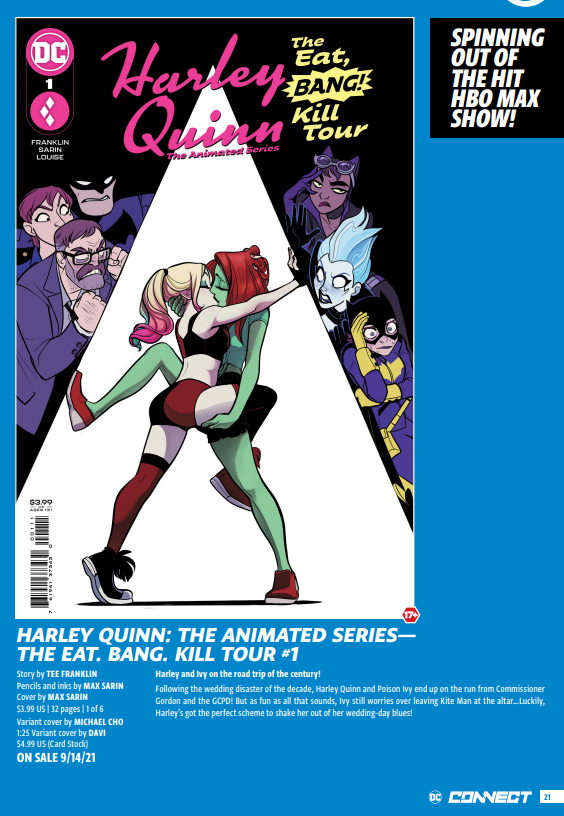 The official description reads, “Harley and Ivy on the road trip of the century! Following the wedding disaster of the decade, Harley Quinn and Poison Ivy end up on the run from Commissioner Gordon and the GCPD!”

It continues, “But as fun as all that sounds, Ivy still worries over leaving Kite Man at the altar…Luckily, Harley’s got the perfect scheme to shake her out of her wedding-day blues!”

Writer Tee Franklin recently confirmed that Harley will be “hella queer” in the series.

She wrote on Twitter, “Harley Quinn is hella queer!!” 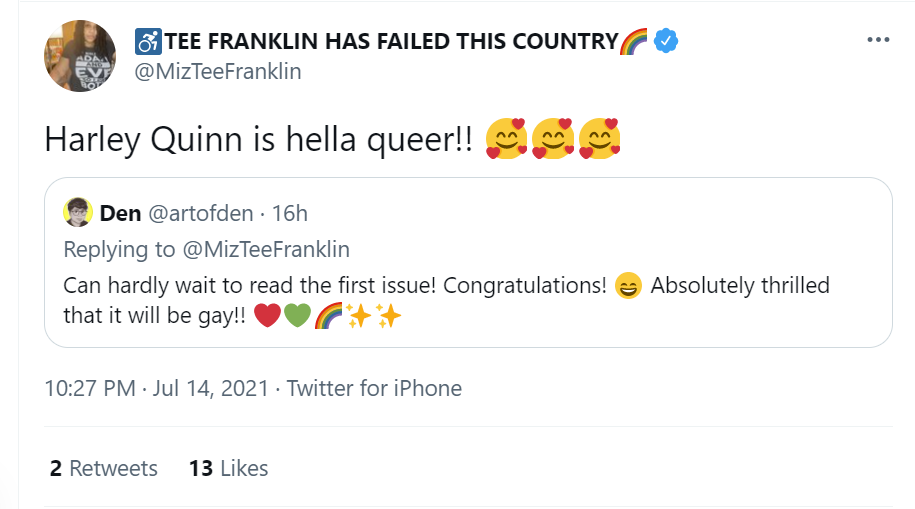 She’s also previously revealed that she will be telling her own life story through the series.

“Told some of my life story in Jook Joint, Bingo Love, and The Outfit. Hell, I’m telling some in Harley Quinn,” she added. 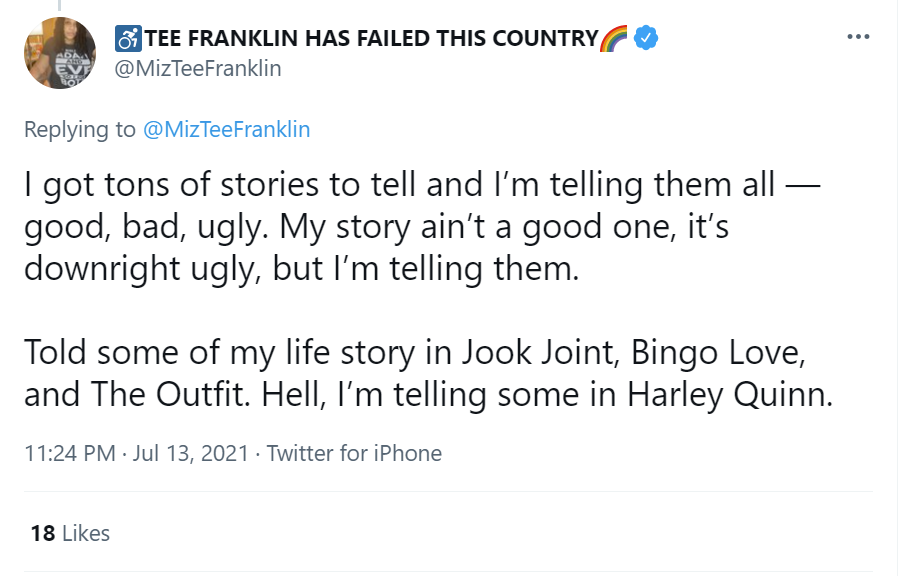 Related: Harley Quinn: Toxic Relationships of Harley and Poison Ivy’s Pasts Will Be the Focus of Season 3

Franklin also indicated that Scarecrow will show up in the series.

She tweeted, “Hey Rahul Kohli, I’m bringing your *Scarecrow character back in my run of Harley Quinn, I’d LOVE to talk about how you put your all in this character. My DMs open, if you wanna slide in there.” 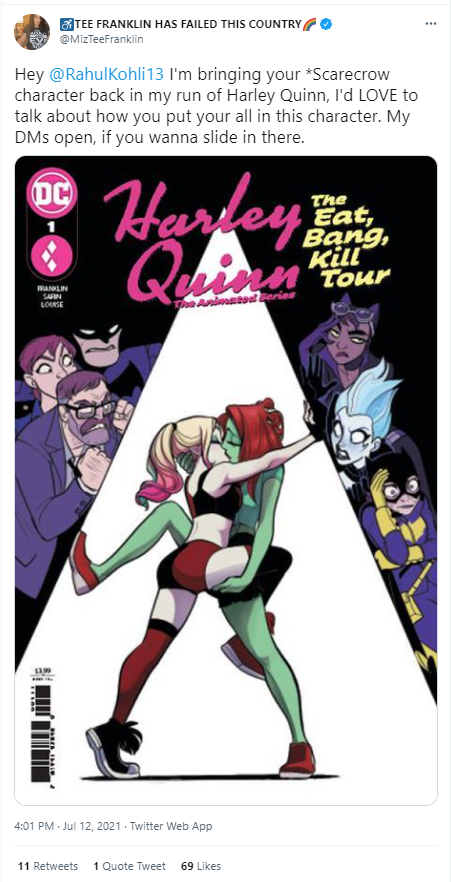 Following the publication of this article, Franklin took to Twitter to clarify that Scarecrow will not be showing up in the series.

She wrote on Twitter, “Lmfaoooooo. Why they took my flirting tweet with Rahul and believed Scarecrow is in the series. I’m criiiinnneee. This isn’t true.” 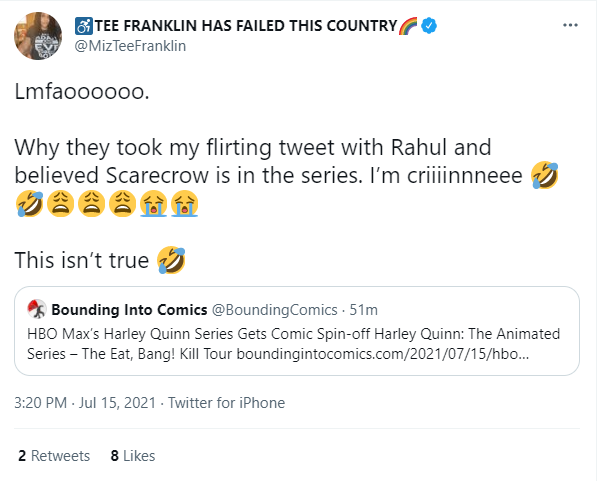 The series arrives on comic book shelves on September 14, 2021.

**Editor’s Note: Tee Franklin provided an update on Scarecrow’s conclusion. The article has been updated to include this update.**