In an effort to cut down on the time between the Japanese publication of its titles and their English-language release, Kadokawa has announced that it will begin simulpublishing a number of titles from its library, including both light novel and manga titles.

Announced on August 7th during their Virtual Crunchyroll Expo panel, Kadokawa’s plans will see their simulpub titles made available on the Book Walker Global distribution service beginning in October, with a special chapter-by-chapter release schedule for their light novel offerings. 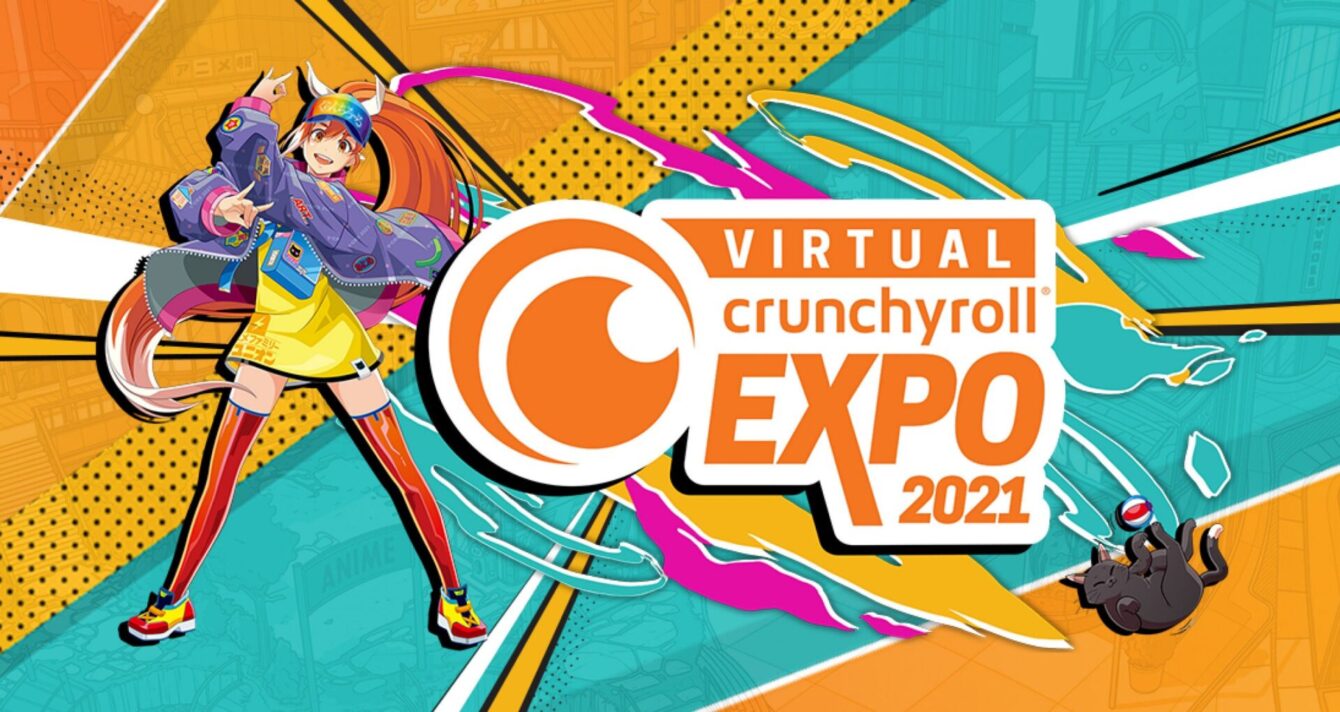 With this new release strategy, Kadokawa will see the previously required six-to-twelve months of production time between a title’s Japanese and English releases reduced to no more than a few days.

Though Kadokawa expects the number of titles made available through their simulpub program “to exceed 100 titles soon,” the publisher will launch their new effort with only a handful of titles, including three light novels:

Higehiro: After Being Rejected, I Shaved and Took in a High School Runaway, written by Shimesaba with art by booota.

The Insipid Prince’s Furtive Grab for The Throne, written by Tanba with art by Yunagi. 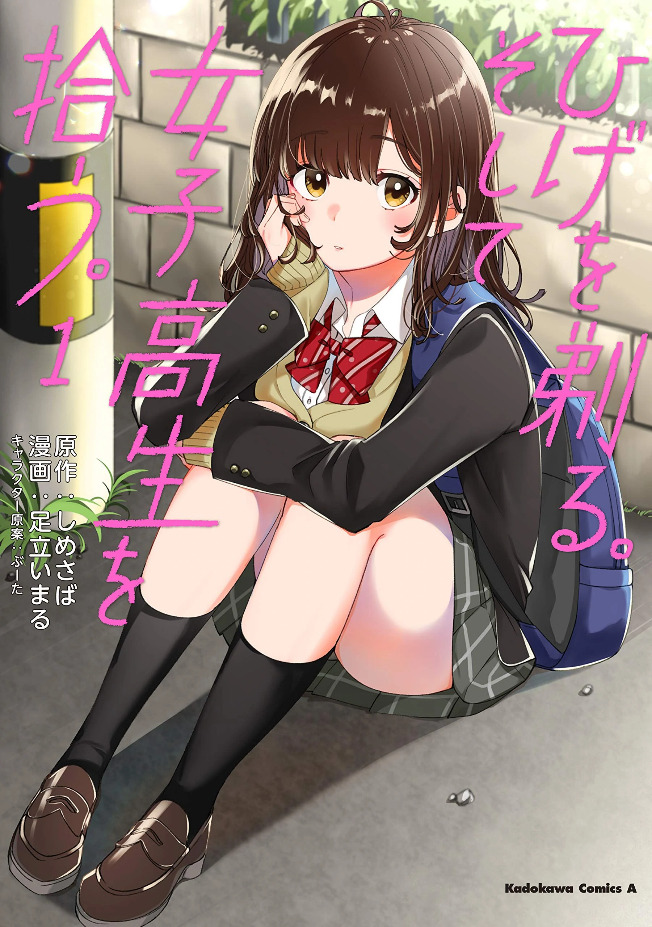 Source: Higehiro: After Being Rejected, I Shaved and Took in a High School Runaway, Kadokawa

A Boy Raised by Gods Will Be The Strongest

Will, an abandoned child, was brought to Table Mountain by the God of Thousand Theophanies, then educated by the God of Sword, Healing, and Magic. He grew up to be a surprisingly brave, strong and sweet boy. When he turned fourteen, a blind priestess Lunamaria visits the mountain and asked him to save the world. Thus the journey begins…! 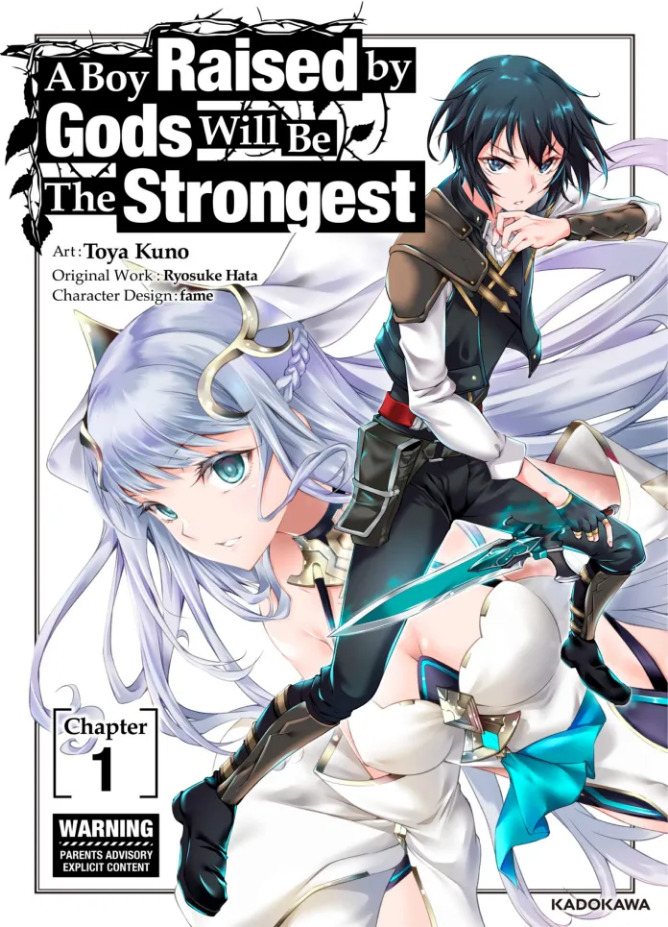 Source: A Boy Raised by Gods Will Be The Strongest, Kadokawa

After saving the world, the strongest hero Leo became someone who is not wanted in the peaceful human world. He was too strong. Exiled, he seeks a job at the Demon King’s Army, which he had defeated and needs to be rebuilt. The Army had many problems: too much work, financial troubles, etc. Leo starts to make things better using his power. Leo encounters Echidna again, and asks her why she invaded the human world. There was an unexpected story—! This is the comic version of the Japanese novel which won one of the major online prizes for novels! 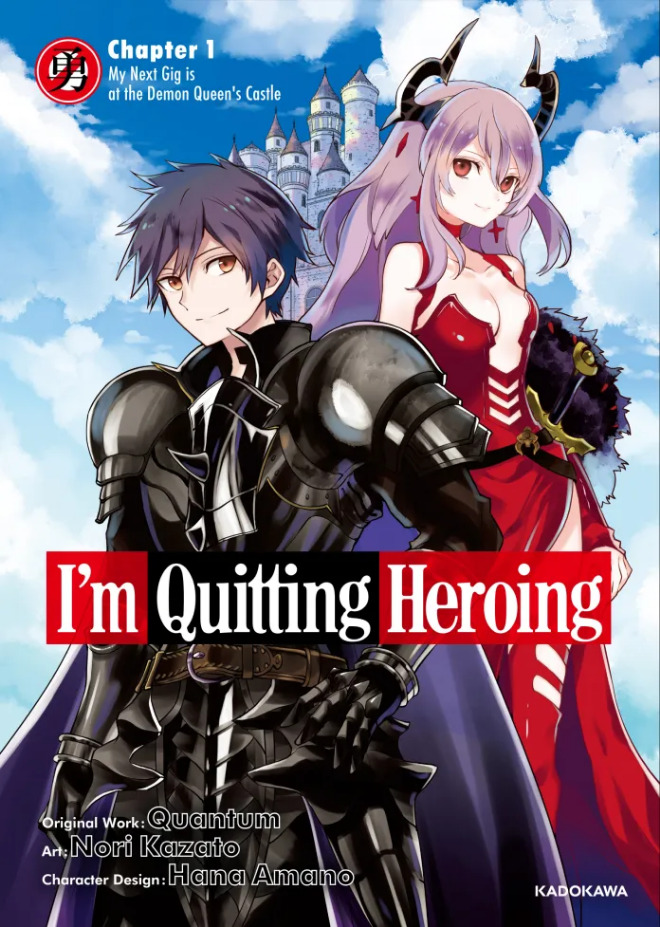 Magic Stone Gourmet: Eating Magical Power Made Me The Strongest

Goddess has made Ein reincarnate as a nobleman–a big chance. However, the skill he got from her “Toxin Decomposition EX” is a lame one. One day Ein learns that he has a very rare talent which makes him able to absorb magic power by eating magic stones. Also he is told that he has other identity as a prince of the largest kingdom. With his loving, beautiful mother and clever fiancee at his side, Ein’s quest to become the King begins–! 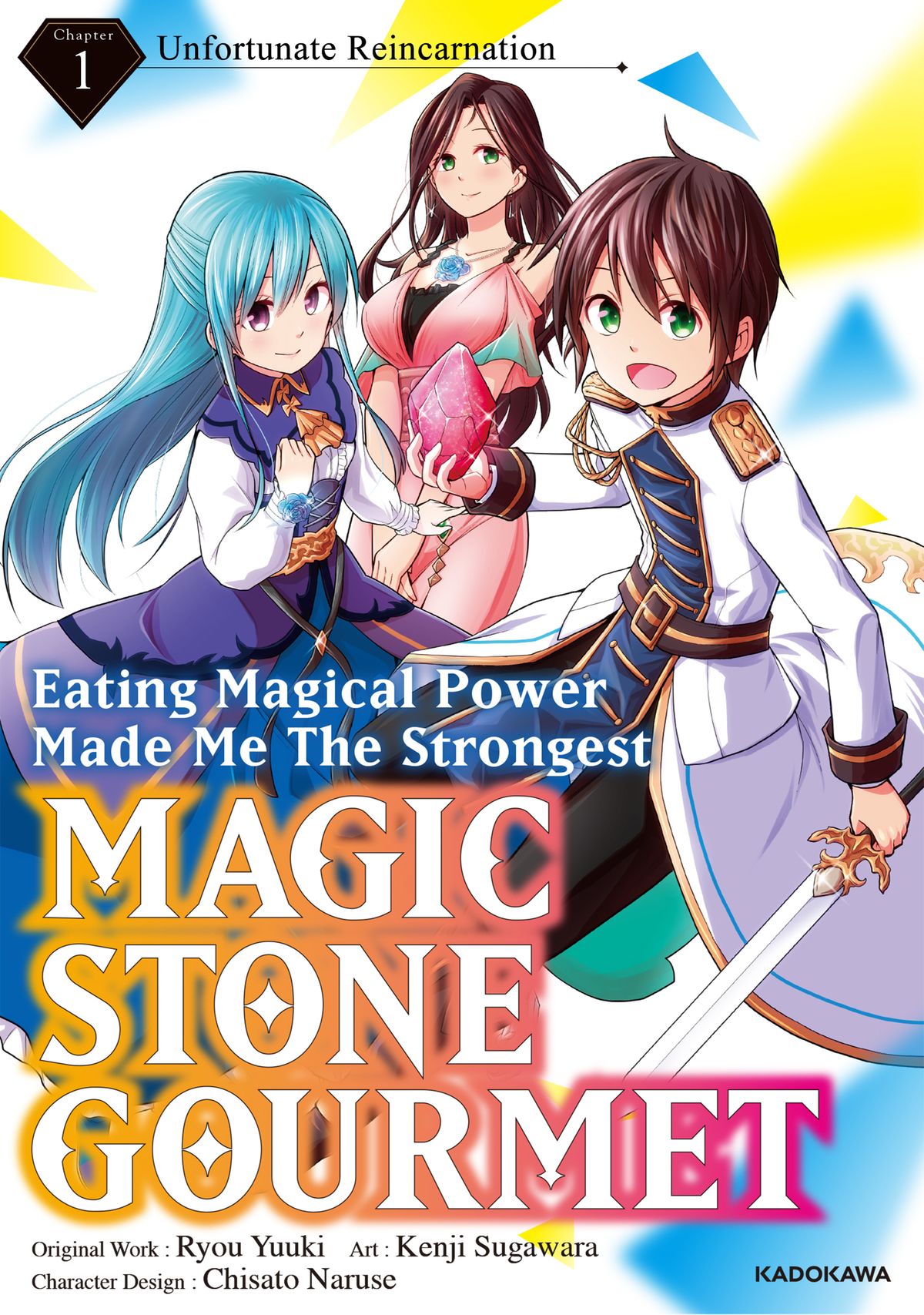 My Little Sister Stole My Fiancé: The Strongest Dragon Favors Me And Plans To Take Over The Kingdom?

Eliana has done her best to be chosen as a fiancee of the prince, and the day her wish come true is here. But she never expected that her younger sister falls in love with the prince at the first sight, and begged to be the fiancee instead of Eliana–and her father and the king approved it. She decides to jump into the magma to be the “Dragon Bride” and sacrifice herself for her family(father approves again!).. And something unexpected happens again—the legendary dragon Greed saved her from death and took her to his den. Greed decides to marry her according to the legend. And Eliana’s life as the Dragon’s Bride has begun! 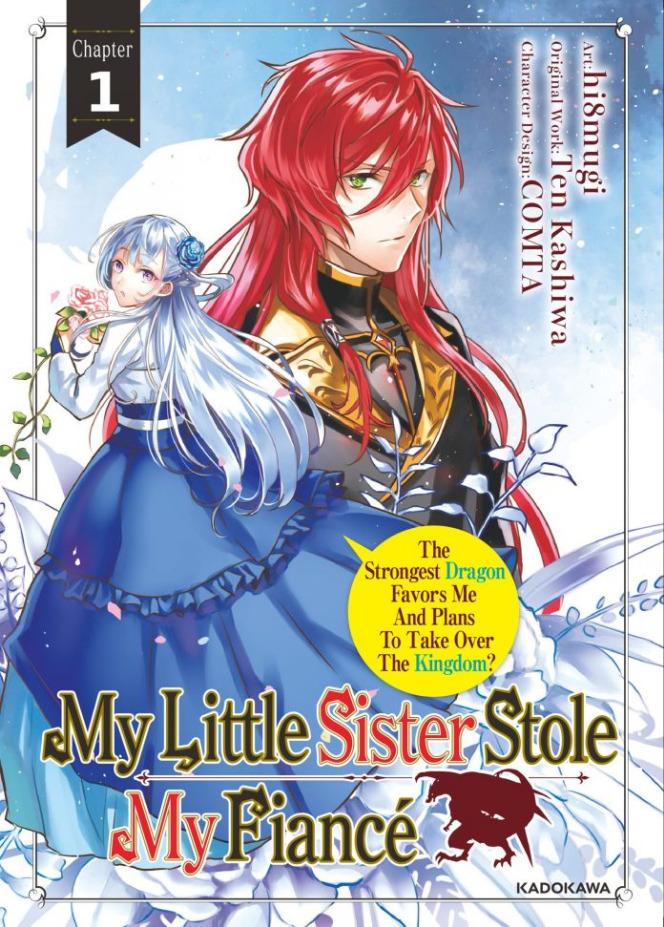 Source: My Little Sister Stole My Fiancé: The Strongest Dragon Favors Me And Plans To Take Over The Kingdom?, Kadokawa

Felia, a country girl from a remote place born to a lord specializing in farming medical herbs, is told that she was chosen as the king’s consort. However, she is the “31st” consort, which means that the king will come to see her only on the 31st of the month. Since the 31st day appears only once every three months, it is unthinkable that the king will choose her as the consort. It turned out that the house she was given from the King has a beautiful garden where she could grow vegetables and herbs. She is unique, strong, and sweet to everyone. Many knights become attracted to this extraordinary consort, and soon the king too… 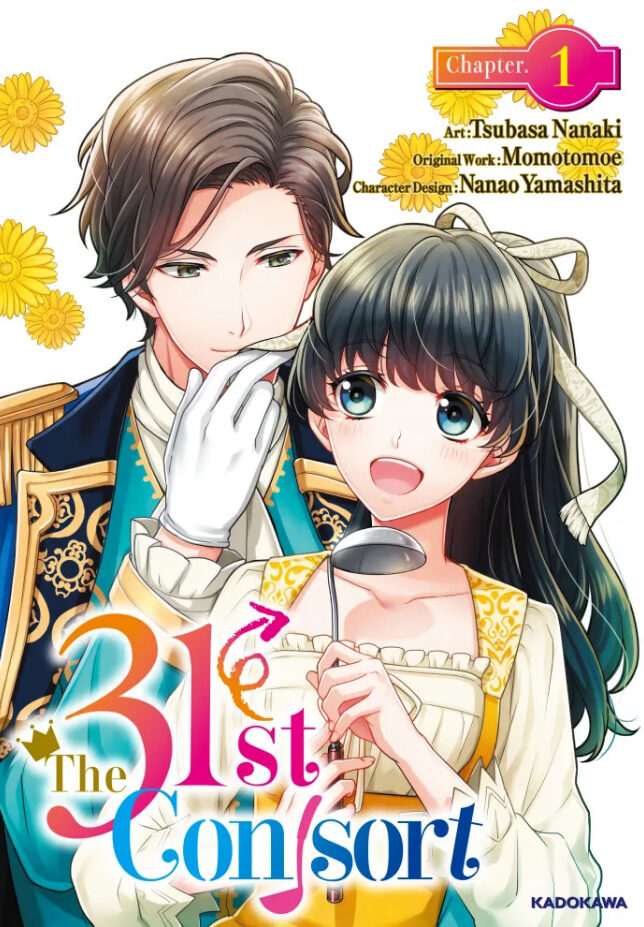 The Insipid Prince’s Furtive Grab for The Throne

Arnold, the seventh Imperial Prince of the Adrasia Empire, is called “THE INSIPID PRINCE” among people since his twin brother is genius and respected by all people. However, he has a secret identity -SILVER, one of the only five -SS-rank adventurers in the continent. When his younger brother Leo decides to aim for the throne, Arnold starts running things behind the scenes to support his brother. Unexpectedly the most beautiful lady becomes his assistant. The secret struggle of the strongest prince begins! 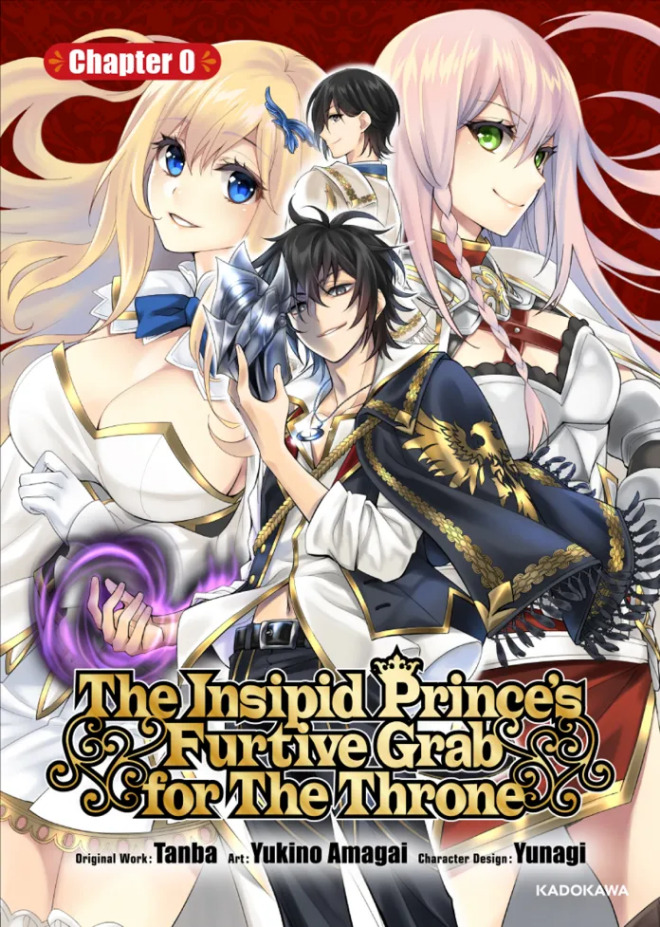 Source: The Insipid Prince’s Furtive Grab for The Throne, Kadokawa

The Lotus Eaters, Drunk and Sober

Miyoi works at Geidontei, a izakaya pub in a remote part of the fantasy land, Gensokyo. As a postergirl, she is worried that there is a rumor that some of their customers have disappeared, and that ghoul had kidnapped them. Reimu, a priestess of Hakurei Shrine, sets out to investigate the case–what is behind all this? 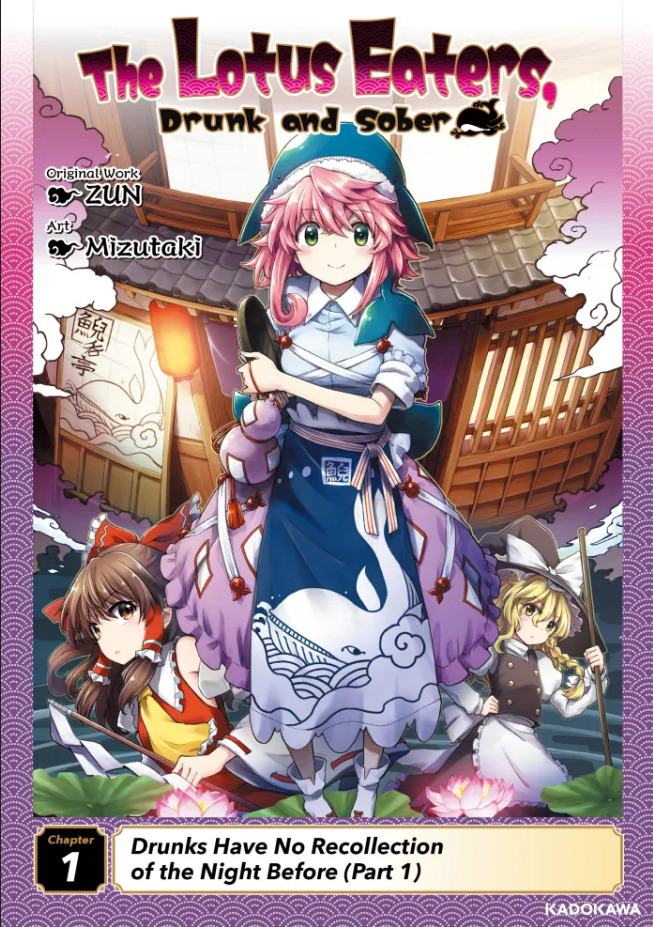 In honor of this announcement, Kadokawa has made the first three chapters of each respective simulpub manga listed above available to read for free via Book Walker Global until September 1st.

What do you make of Kadokawa’s decision to begin simulpublishing its releases? Let us know your thoughts on social media or in the comments down below!