Filmed in 2019 and finally seeing release after five separate delays from its original July 2020 premiere date, Free Guy is a sci-fi action comedy directed by Shawn Levy (Real Steal, the Night at the Museum trilogy) and written by Matt Lieberman (Scoob!) and Zak Penn (Ready Player One), which follows the life of Guy (Ryan Reynolds), an NPC that and lives and works as a bank teller in Free City.

Completely content with every day being exactly the same as the day before, Guy’s life is changed forever following a chance encounter with a ‘Sunglasses Person’ (the film’s term for player characters) named Molotov Girl (Jodie Comer).

An homage to Grand Theft Auto’s Vice City, with some elements from Fortnite sprinkled in for good measure, Free City is located within a video game of the same name, and boasts a population of various NPCs (non-player characters) as they go through their daily routines completely unaware that they’re stuck within the confines of a video game.

These NPCs cater to the whim of the Sunglasses People, who are seen as unapproachable heroes, but in actuality are just players from the real world who want to loot, steal, and cause chaos in order to achieve virtual richness in free city.

Ryan Reynolds’ real-life demeanor and sense of humor are so similar to his portrayal of Deadpool that almost anything Reynolds has done since 2016 has undoubtedly reminded you of The Merc With A Mouth.

To that end, in Free Guy, Reynolds’ narration  of his own story, combined with the film’s explosive action, will definitely have filmgoers reminiscing about Marvel’s pair of R-rated X-men spin-offs – an inevitable circumstance of being a successful actor and allowing oneself to be typecast into roles similar to their most popular one. 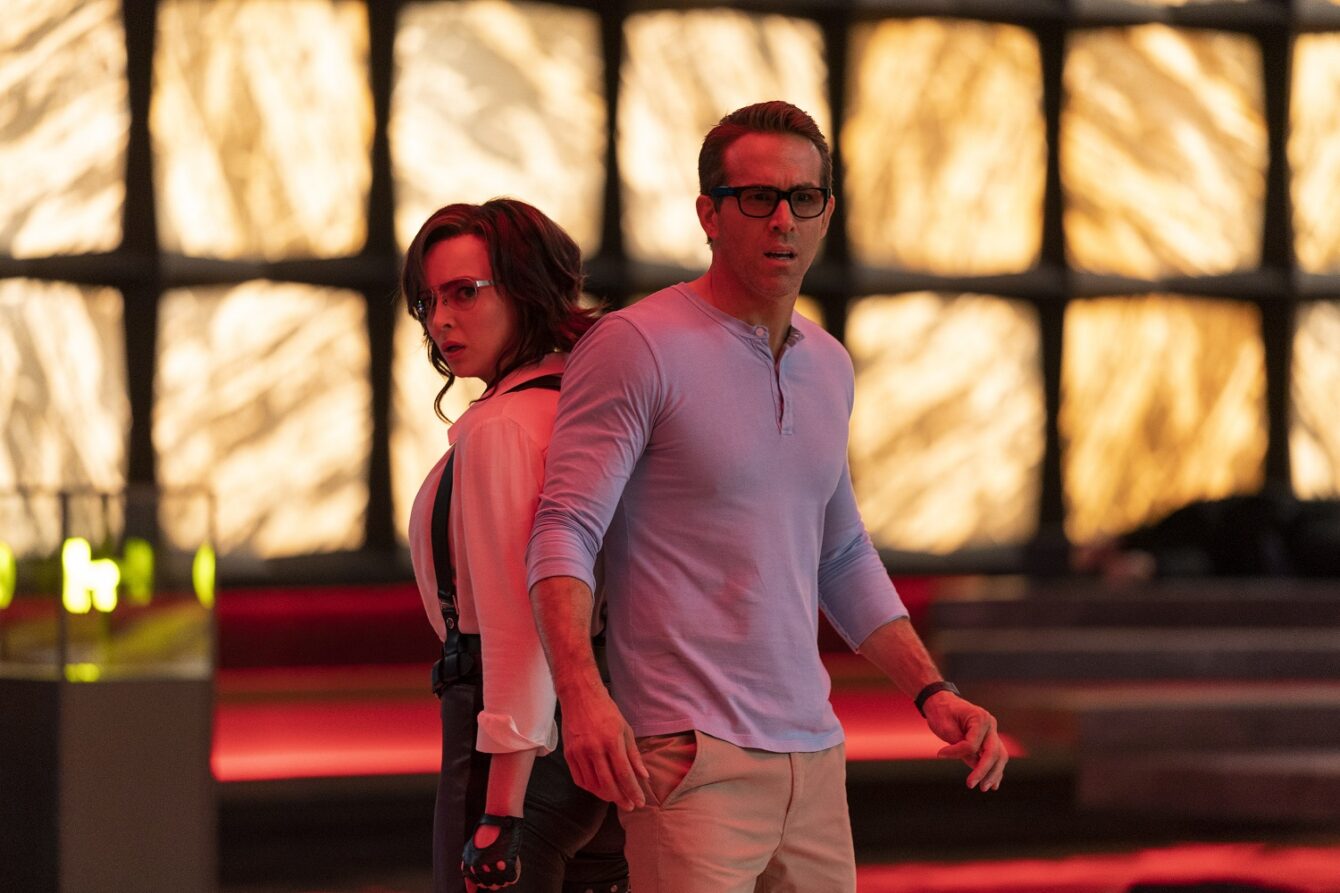 While there are some laugh out loud moments in Free Guy, the “Oh, he found the button,” scene being the most notable, the film simply isn’t as funny as you think it’s going to be.

There’s no arguing that Free Guy is amusing to a certain extent, but its repeated gags and attempts at humor, more often than not, fall flat. Taika Waititi’s Antwan character, the man calling the shots when it comes to Free City’s game development, is a highlight of the film.

However, the promotional clip of Waititi’s outtakes released to hype the film, whose content supposedly made it into the film (spoiler alert: they didn’t), is better than any of Antwan’s actual lines of dialogue in the theatrical cut.

The cameos in Free Guy are some of the best surprises to stumble onto while seeing the film. They won’t be spoiled here, though some of them have been spoiled on the internet already, but there are a couple of really fun ones that are so much more entertaining if you go in not expecting them.

In fact, one of the lengthier such cameos, which extends across multiple scenes and features in several minutes of screen time, is a major source for hilarity in Free Guy. 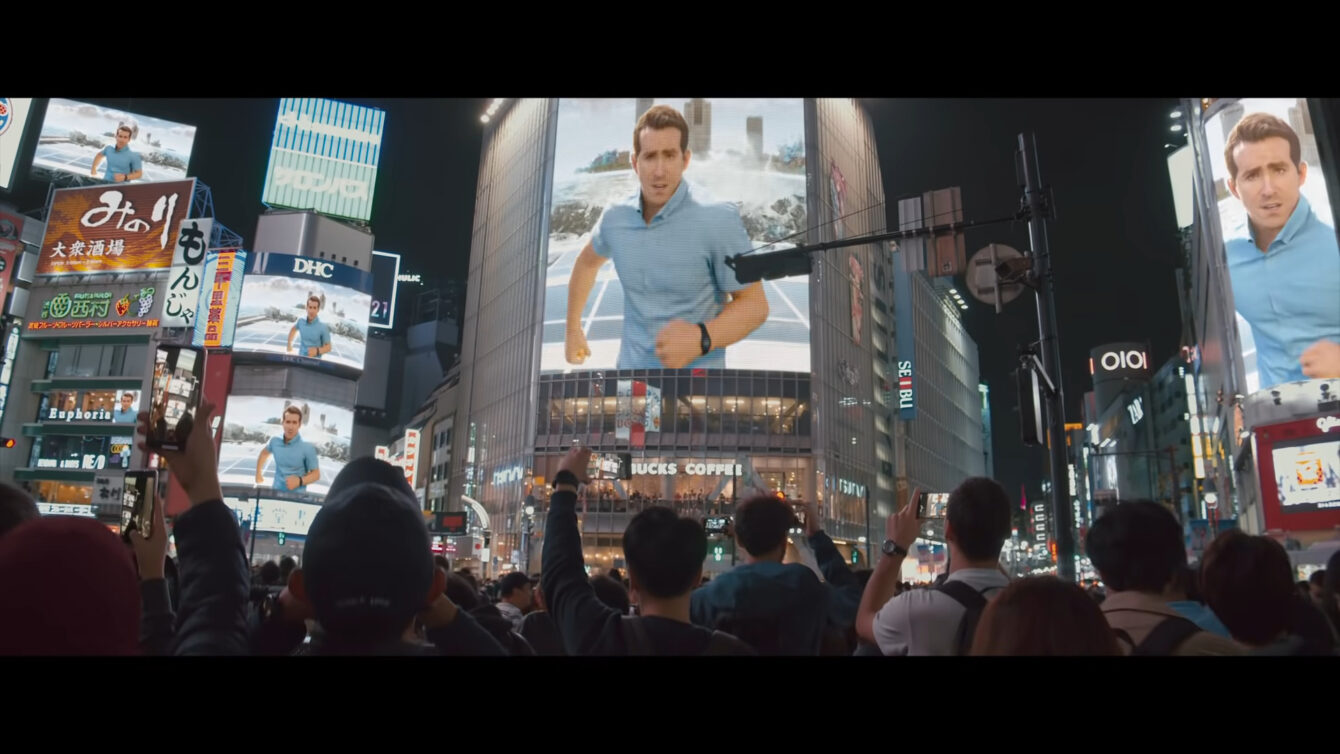 The premise of Free Guy a A background character in a video game becomes sentient –  is its most promising aspect. Guy, motivated by a desire to get more out of life than the daily routine he’s accustomed to, essentially betters himself simply because he wants to. In a way, it’s an I, Robot kind of concept burrito’d within a world that would fit within the walls of Ready Player One.

Surprisingly, given its filming before the outbreak of the pandemic, the film is also extremely relatable to how our reality is still under the thumb of an unpredictable coronavirus. Guy being trapped within the walls of Free City and wanting more out of life is an awfully similar sentiment to wanting everything back to normal after being stuck in months-long lockdowns. 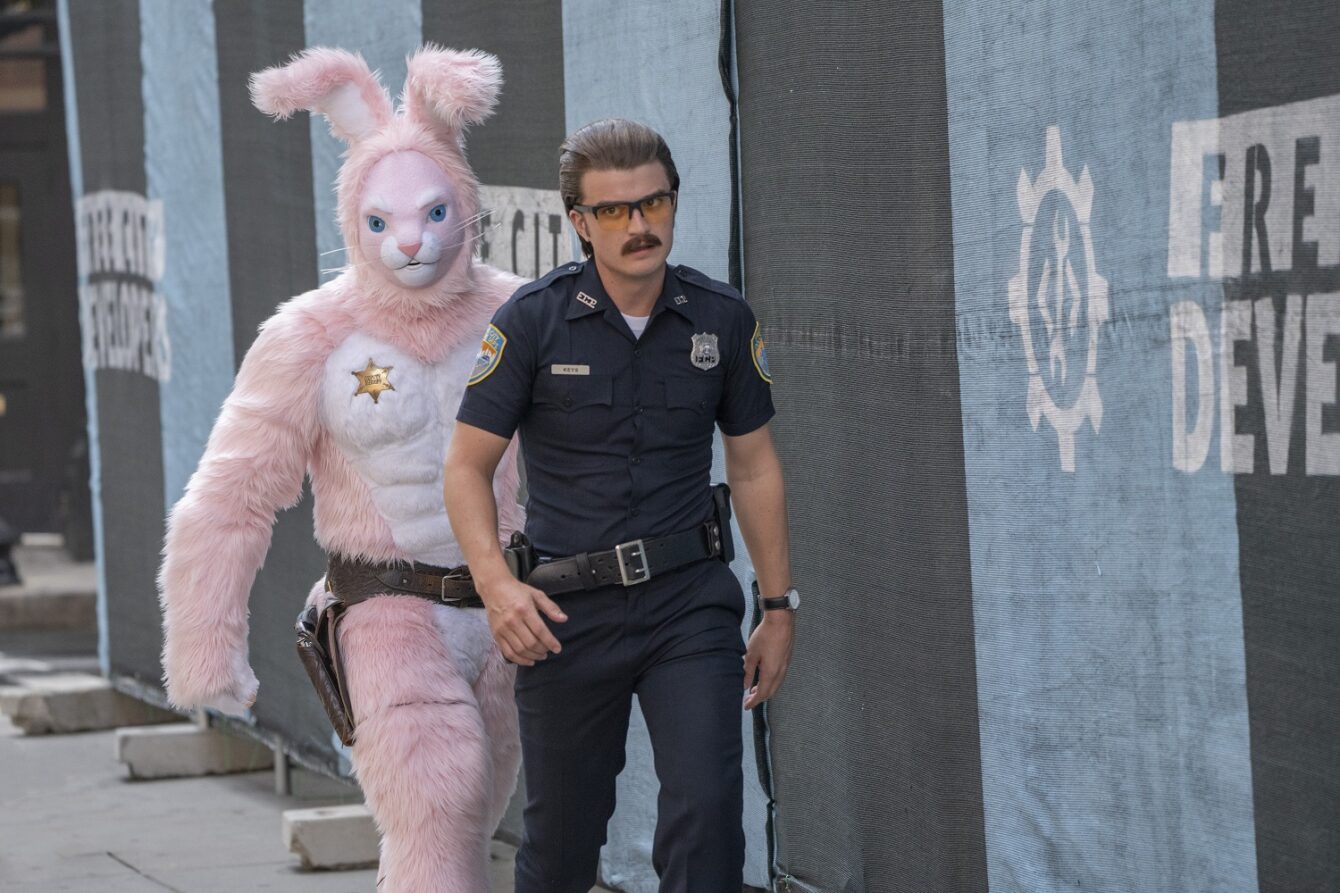 Yet, Free Guy’s solid special effects, absurd humor, and surprisingly effective cameos are nearly derailed by how much time it devotes to the its love story.

Guy’s big awakening all comes down to finding the girl of his dreams, which then branches off into a different sort of relationship in the real world that was right under two character’s noses from the start. It feels like it was meant to be this sort of revelation in the film, but comes off as this, “Duh,” moment anyone besides the writers could have predicted. 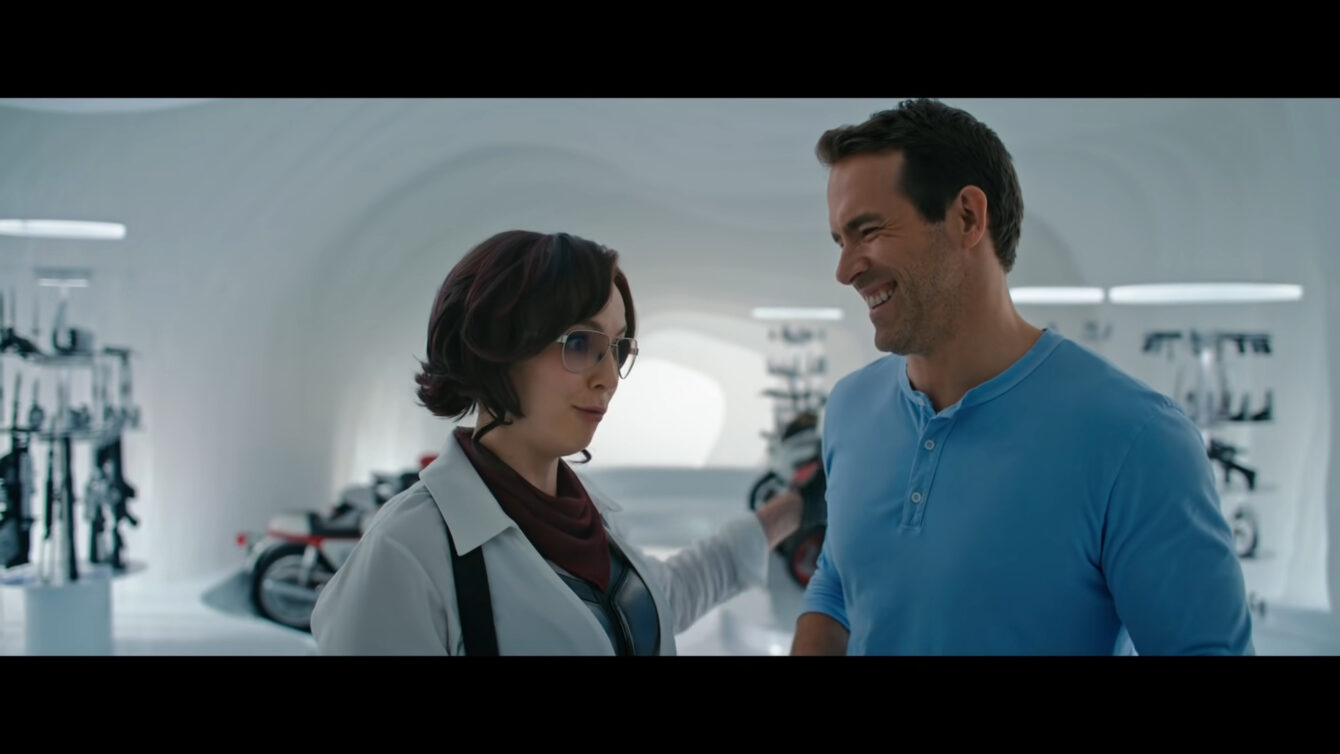 Speaking of the film’s writing, the character of Mouser (Utkarsh Ambudkar) is so poorly written that it’s unbearable and exhausting.

A developer working alongside Antwan and Keys (Joe Kerry), Mouser comes off a rival to the later, acting like he can do Keys’ job better than Keys can and constantly breaking his balls from the moment he is introduced. Throughout the film, Mouser wants to do nothing more than whatever Antwan says, even if it’s morally reprehensible.

But, predictably, in the film’s final moments, Mouser is suddenly Keys’ best friend, wanting to do what’s right all for the sake of a happy ending. 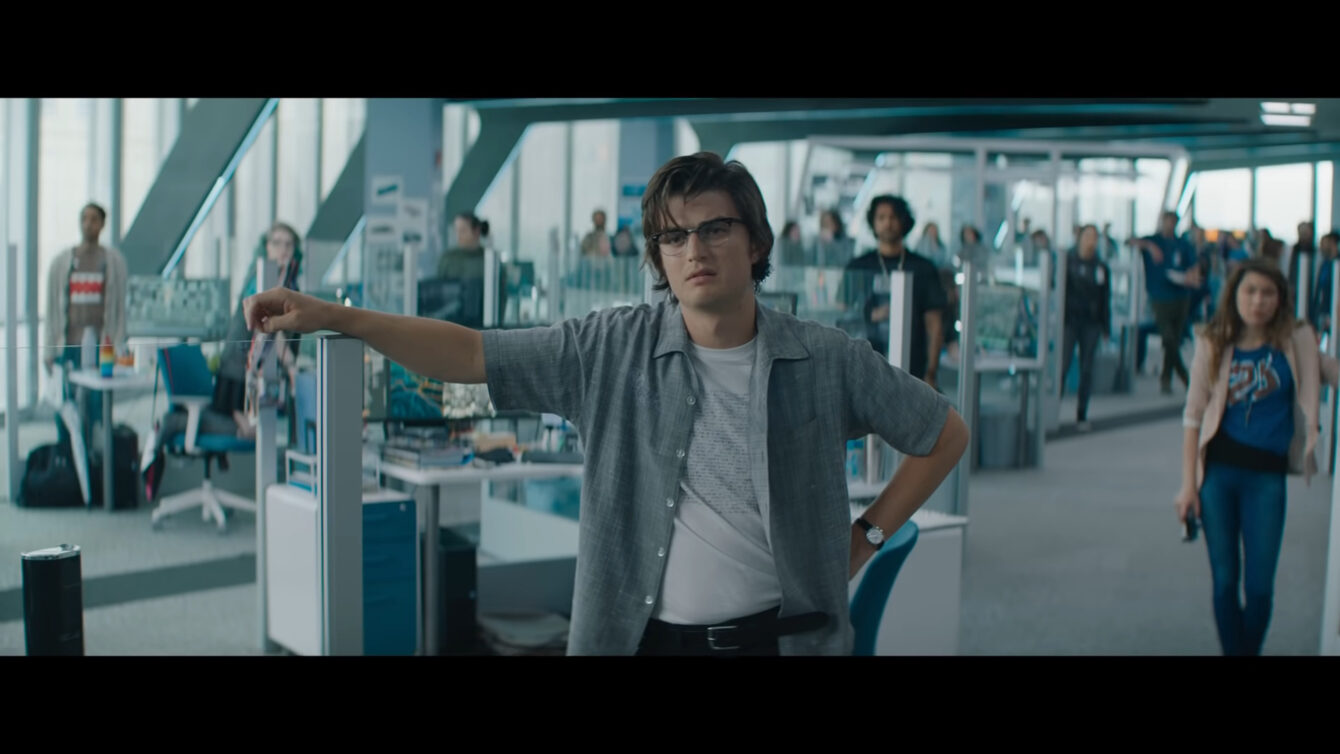 Ultimately, while Free Guy has an amazing concept, it’s trapped within a massively underwhelming execution.

Admittedly, the film looks like it was an absolute blast to make, but also incredibly expensive. This tall budget, combined with public hesitancy to return to theaters and the Delta variant of COVID seemingly on the verge of backtracking all the progress we’ve made since the vaccine became readily available to the public, it makes you wonder if Free Guy has any sort of chance of making a respectable amount of money at the box office or even just breaking even.