The hits just keep coming for Activision, as amidst a sexual harassment lawsuit and a storm of resulting personnel changes, the video game publisher has now been accused of plagiarizing both a frame from the opening to the Goblin Slayer anime and a piece by Japanese artist Poppuqn in order to promote two separate pieces of anime-themed DLC across two different Call of Duty games. 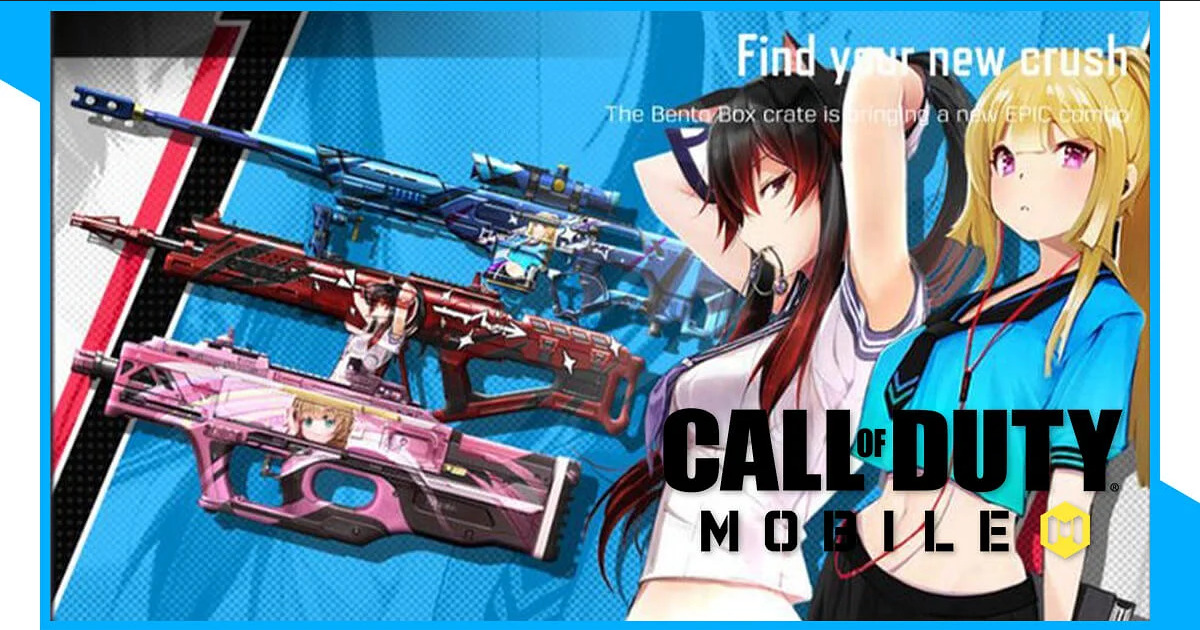 The appropriately-named fourth such ‘anime’ pack available for purchase in Warzone, the Notice Me IV pack offers players access to various anime-themed items, including a blueprint for the Rytec AMR, a charm, a calling card, and an emblem, for the total price of 800 COD Points (Approx. $9 USD).

Notably, ever since it was added to Warzone’s in-game store in September 2020, the bundle has been listed under a banner bearing the low-saturation close-up of a blue-eyed anime girl’s face.

However, as recently noticed by Twitter user @HUSK3RGAM3R, the artwork featured on the pack’s promotional banner appears to have been traced from the Goblin Slayer anime, specifically from an extremely brief shot of Priestess’ eyes seen at the opening’s :40 second mark. 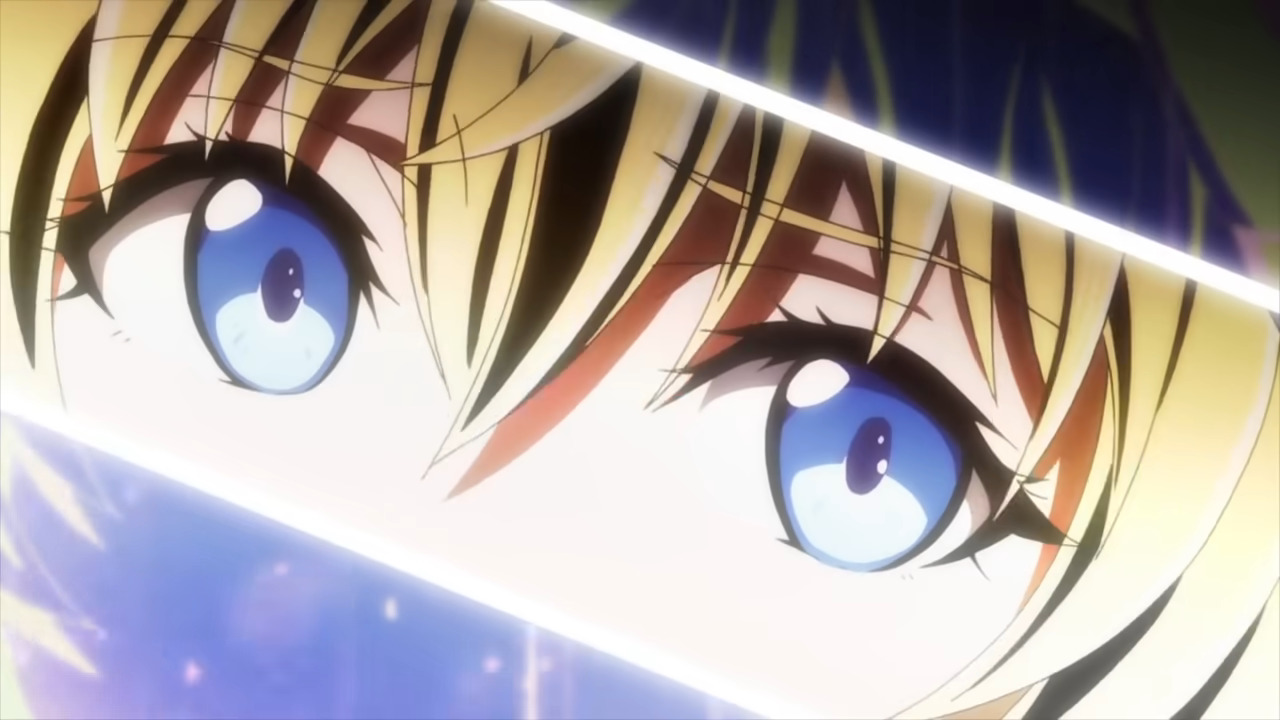 “With all the controversy surrounding Activision Blizzard, and it seems like they went and copied a frame from the opening of Goblin Slayer to promote a new anime pack in Cold War,” wrote @HUSK3RGAM3R. “Like almost a one for one copy. What the hell Activision Blizzard?” 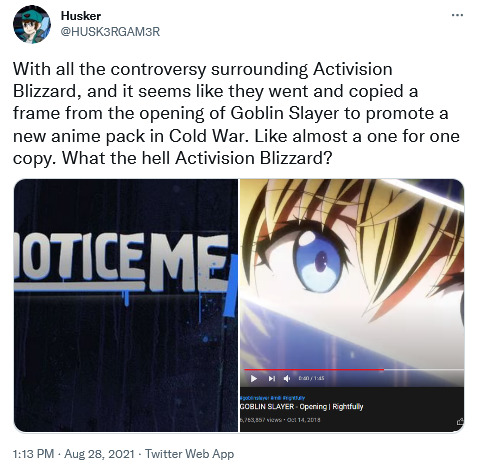 “Okay, looked it up and apparently the Notice Me IV bundle is from Modern Warfare [the engine upon which Warzone was built] and not Cold War,” the streamer corrected himself in a follow-up tweet. “But the point still stands. They still lifted from the Goblin Slayer OP.” 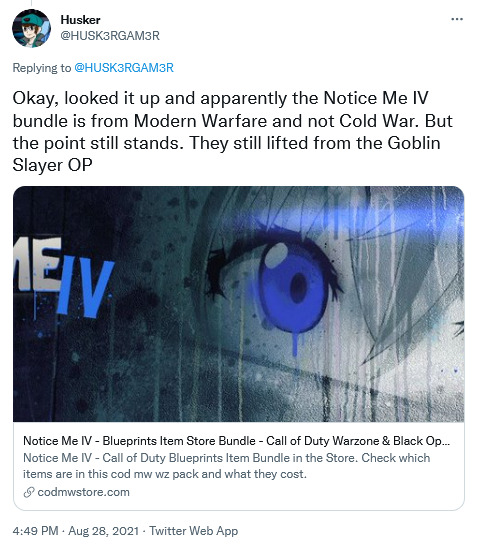 In conclusion to his thoughts on Activision’s apparent plagiarism, @HUSK3RGAM3R asked, “If this was from Modern Warfare, has there potentially been other art that has been in MW, Warzone or Cold War that has been plagiarized in one way or another and we just did not notice?”

Bafflingly, this garnered an affirmative claim from user @TaxExemptionW4, who provided a comparison between the promotional banner artwork for Call of Duty: Mobile’s Bento Box Crate and a February 2019 piece by Japanese artist poppuqn.

“Yup,” said @TaxExemptionW4. “CoD mobile on the left, @ poppuqn on the right”. 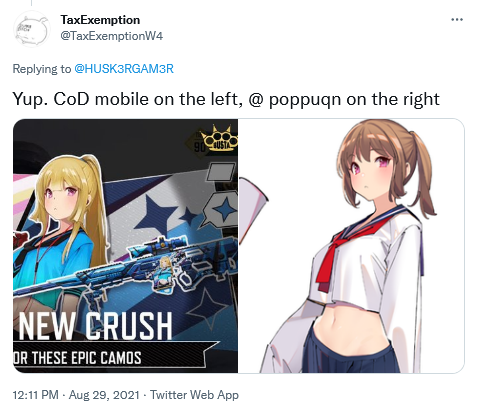 What do you make of Activision’s apparent tracing of Goblin Slayer’s opening and poppuqn’s art? Let us know your thoughts on social media or in the comments down below!