Marvel fans are questioning where the actual gameplay is in the latest gameplay trailer for the upcoming Midnight Suns tactical RPG from 2K Games and Firaxis Games. 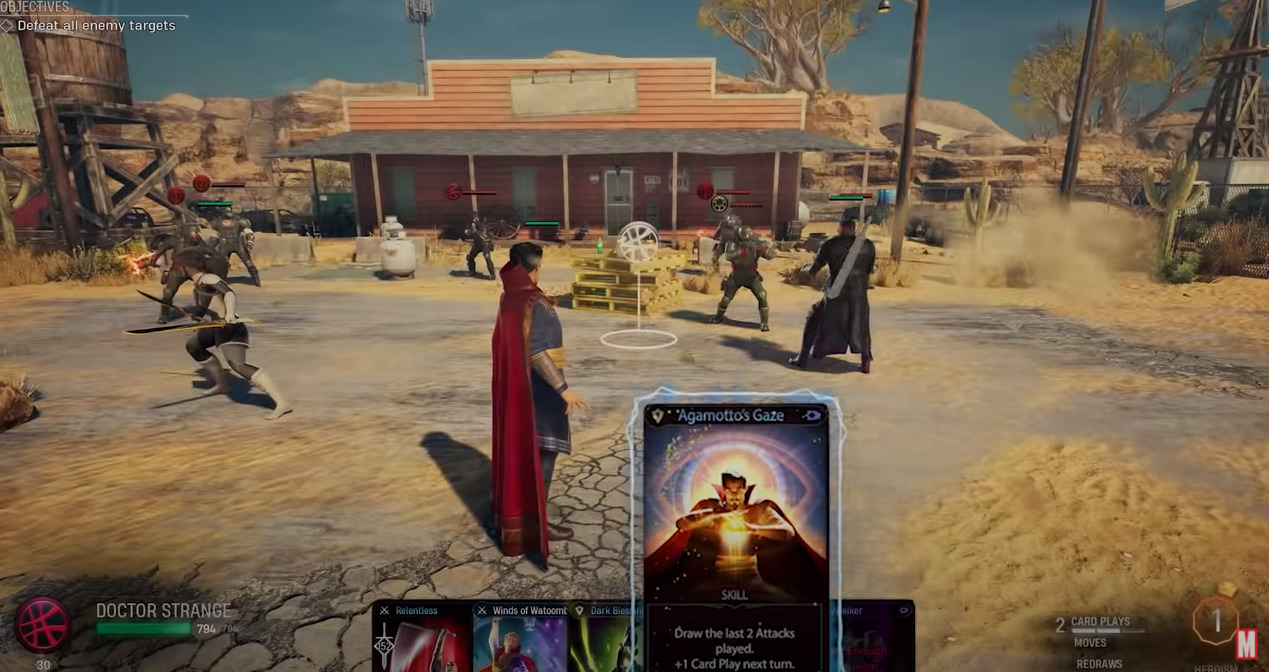 The official Marvel’s Midnight Suns Twitter account shared the new gameplay trailer to Twitter writing, “Heads are definitely about to roll. Get your first look at our gameplay now!”

Heads are definitely about to roll. Get your first look at our gameplay now! 🔥pic.twitter.com/H66GBtUpMQ

However, after viewing the trailer, fans are wondering what the actual gameplay is.

Twitter user tanbayyy asked, “Is it too late to add a combat system before the launch?”

STJebus asked, “Do we move our units across the battlefield ala X-com or are they stationary? This gameplay looks more like a tech demo.” 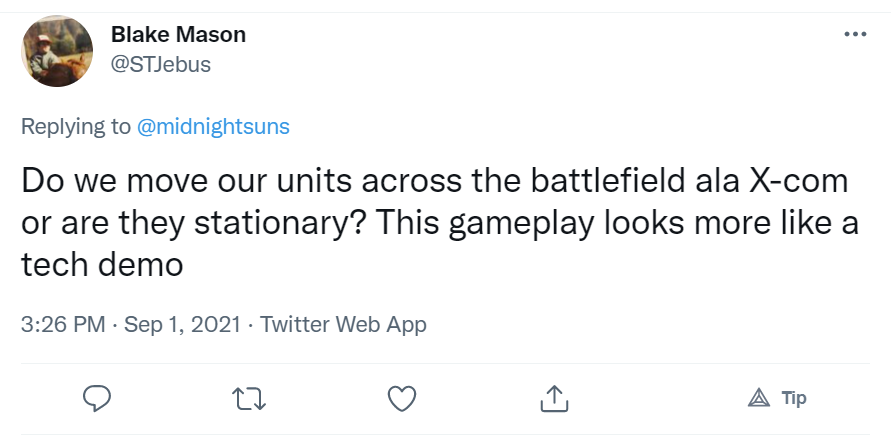 SamRobards347 stated, “Would’ve hoped to see more gameplay from a gameplay trailer, but at least there’s a livestream next week!”

He added, “I’m interested in the card mechanic but I hope it doesn’t get turned into some microtransaction nonsense. Let everything be acquirable in-game.” 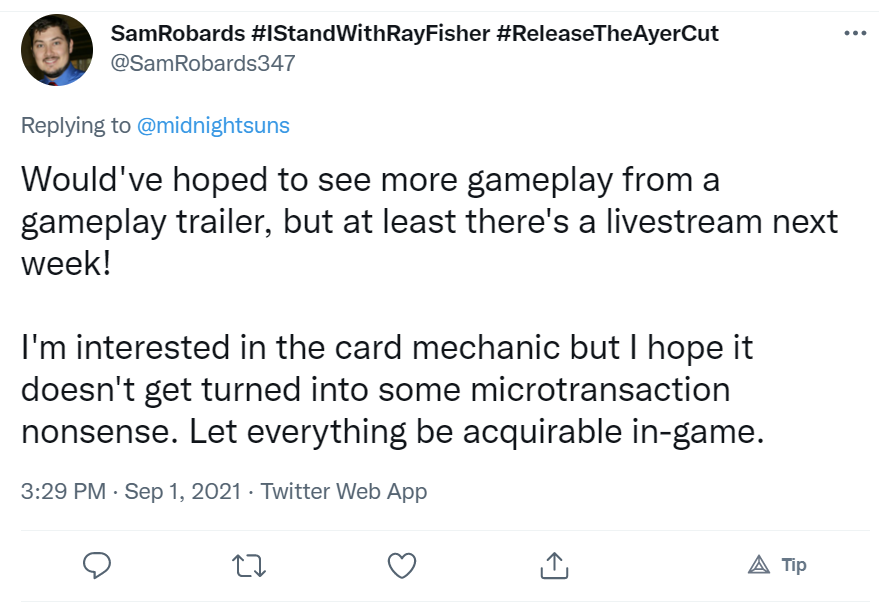 LostinWords4 tweeted, “I am real curious how this card system’s gonna work . This is a strategy game that relies on random chance? eeeeh, concern.”

“Not happy, I did see attack movement (Mostly knockback attacks) but not unit movement on a battlefield (flanking for example). It looks like a card based jrpg. This didn’t look like a tactical rpg. Reminds me of Dragon Ball Fusion,” tweeted Danceman. 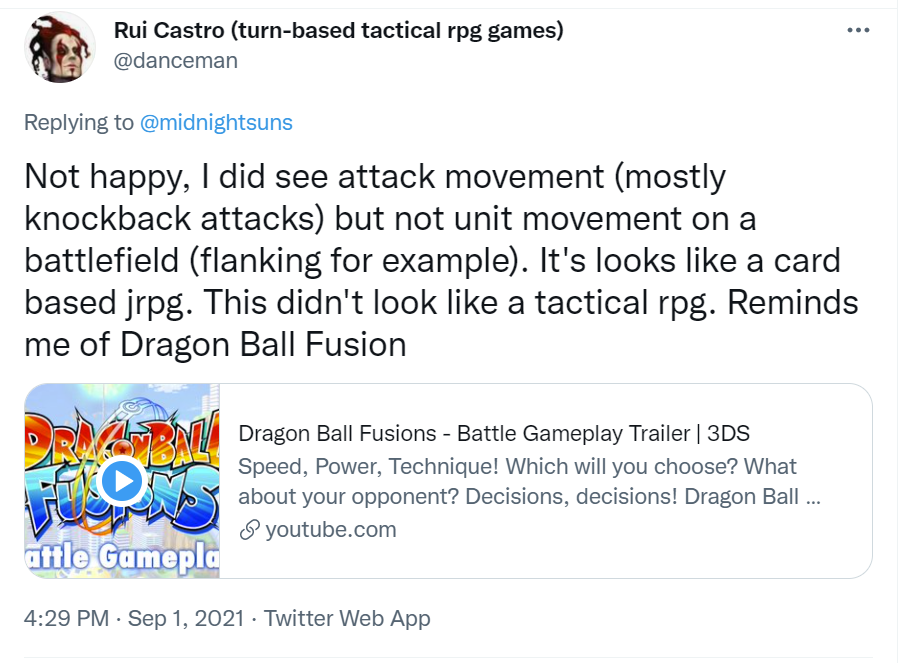 SmileySidney wrote, “I knew it wasn’t going to be an action game but, i definitely didn’t think it was going to be ‘card action.’ SRSLY!? Hopefully they’ll have a playable demo bc right now it’s looking very basic & boring. I want to know who came up w this concept? #MidnightSuns.”

Straight_Cookin also tweeted in a discussion about the card mechanic featured in the trailer, “Yep it keeps you guessing and trying out new ideas. I’m curious to see more gameplay like an actual 10 – 15min battle.”

Fidoojunoor responded to Straight_Cookin, “I was hoping for that today one, full walktrought…thats why im dissapointed about it :/ in game like this most importatn things is team synergy, movment and maps. on thie gameplay its looks like maps are just flat arena with exploding barrels and everyone attack alone :/” 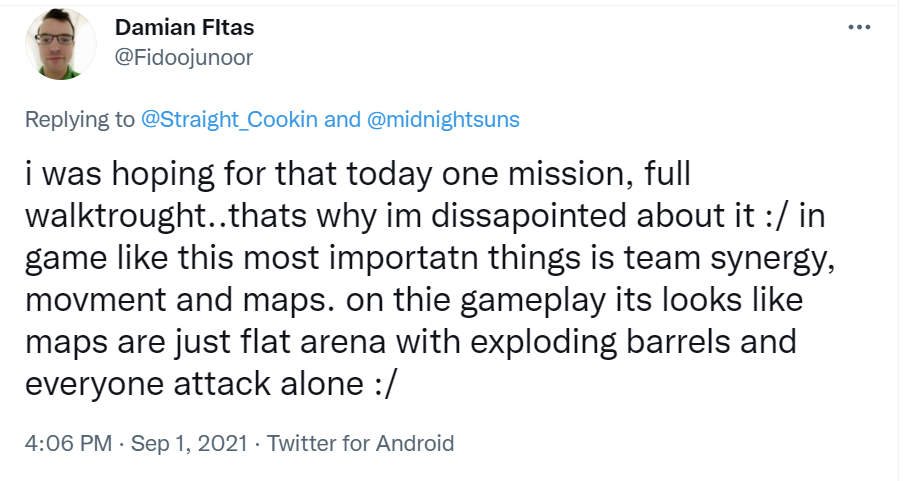 Midnight Suns sees members of the X-Men, Avengers, and Runaways team up with some of Marvel’s supernatural heroes to form the Midnight Suns in order to take on a newly revived Lilith.

In a press release they teased, “Through a twisted marriage of magic and science, the nefarious force known as Hydra has revived Lilith, Mother of Demons, after centuries of slumber.”

They added, “Lilith will stop at nothing to complete an ancient prophecy and summon her evil master, Chthon. Pushed to the brink, the Avengers desperately look to fight fire with Hellfire by enlisting the help of the Midnight Suns – Nico Minoru, Blade, Magik, and Ghost Rider – young heroes with powers deeply rooted in the supernatural, formed to prevent the very prophecy Lilith aims to fulfill.”

The game is expected to be released on PlayStation 5, PlayStation 4, Xbox Series X|S, Xbox One, Nintendo Switch, and Windows PC in March 2022. 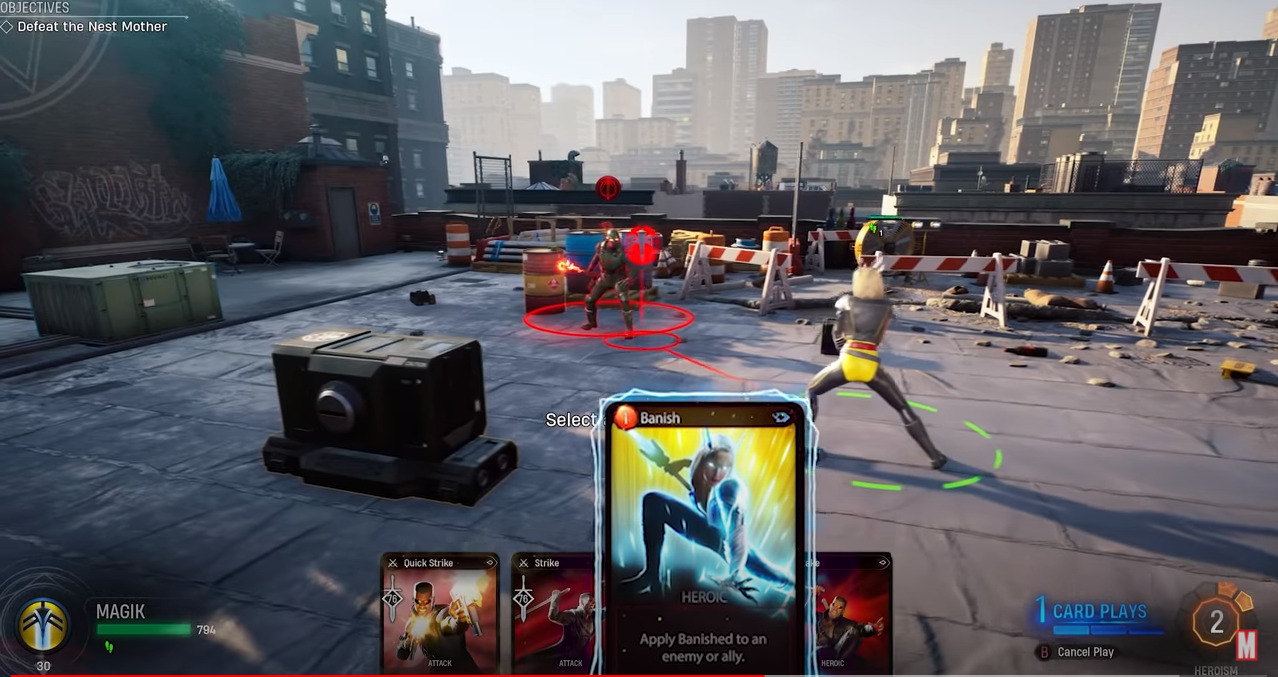 What do you make of this new gameplay trailer and its lack of actual gameplay?