Netflix’s upcoming live-action adaptation will apparently not be the first time that Steven Maeda brings One Piece into the real world, as recently resurfaced social media posts show the showrunner drawing comparisons between the series’ characters and real-world political figures. 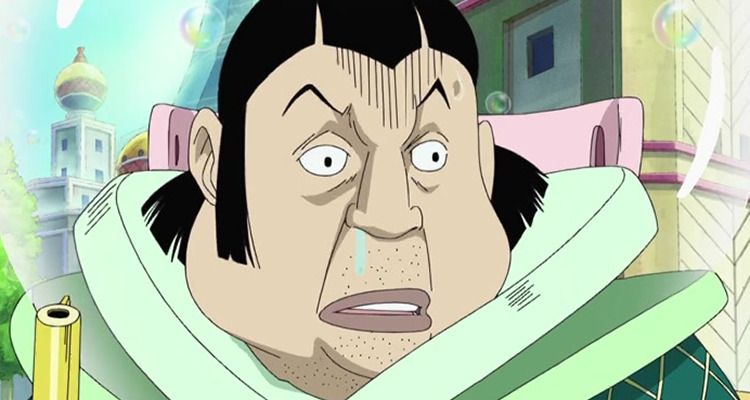 Related: One Piece Manga Editor Has A “Strong Sense” Series Is Near Its Conclusion: “With The End In Sight, All That Remains Is To Keep Moving Forward.”

Maeda made his first political comparison in January of this year, shortly after President Joe Biden and Vice President Kamala Harris took office on Inauguration Day.

Sharing a side-by-side comparison of One Piece protagonist Monkey D. Luffy and VP Harris to his personal Instagram, Maeda asked, “Monkey D. Luffy. Kamala D. Harris. Will of D?”, a reference to how characters in the series who possess the middle initial ‘D’ are regularly shown to be powerful and influential individuals. 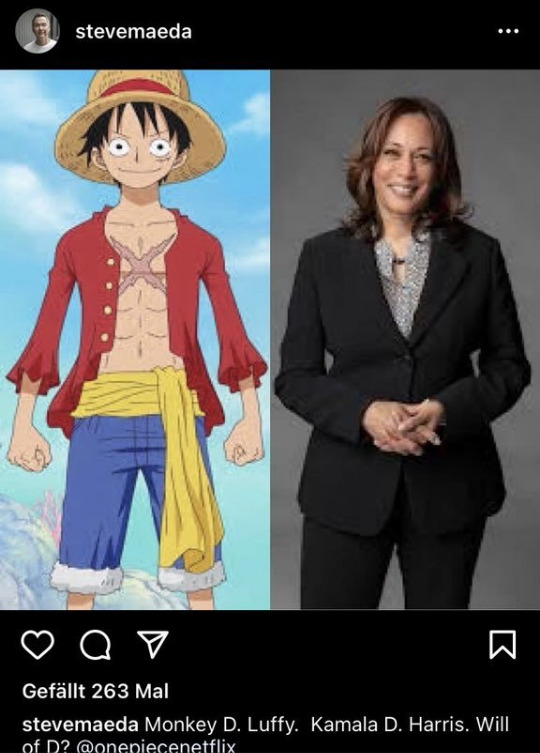 Unsurprisingly, especially given Harris’ rampant unpopularity even amongst her own party, Maeda soon found himself facing a wave of backlash over his comparison.

In response, Maeda issued his second political , sharing another side-by-side comparison, this time between minor series villain St. Charlos, a privileged and slave-owning member of the One Piece world’s ‘elite’, and former President Donald Trump.

Alongside the image, Maeda wrote, “to those who think One Piece posts shouldn’t be political or anti-fascist, here’s a before and after of St. Charlos!” 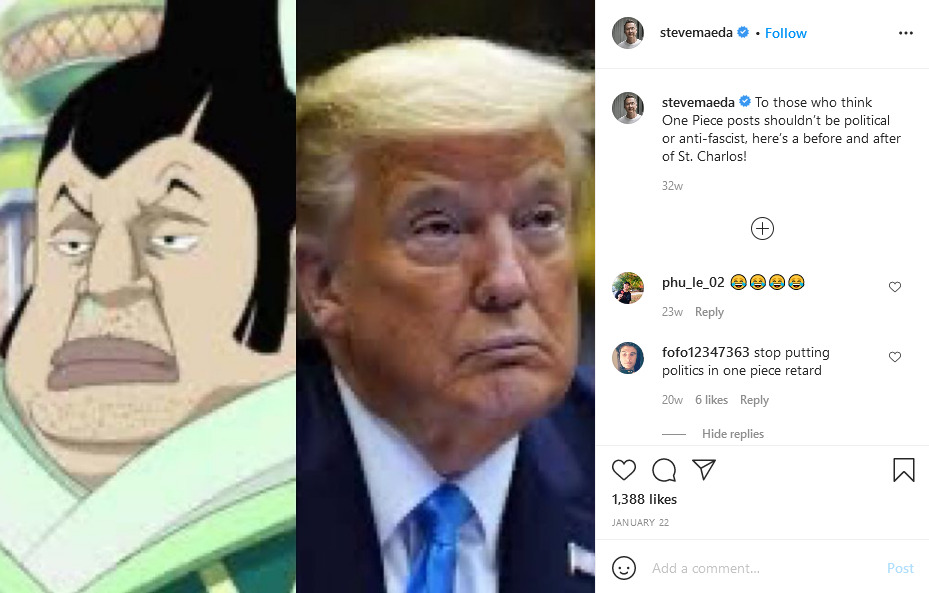 While Maeda has since deleted his Luffy-Harris post, his visual contrasting of St. Charlos and Trump currently remains live on his Instagram page.

What do you make of Maeda’s comparisons? Let us know your thoughts on social media or in the comments down below!