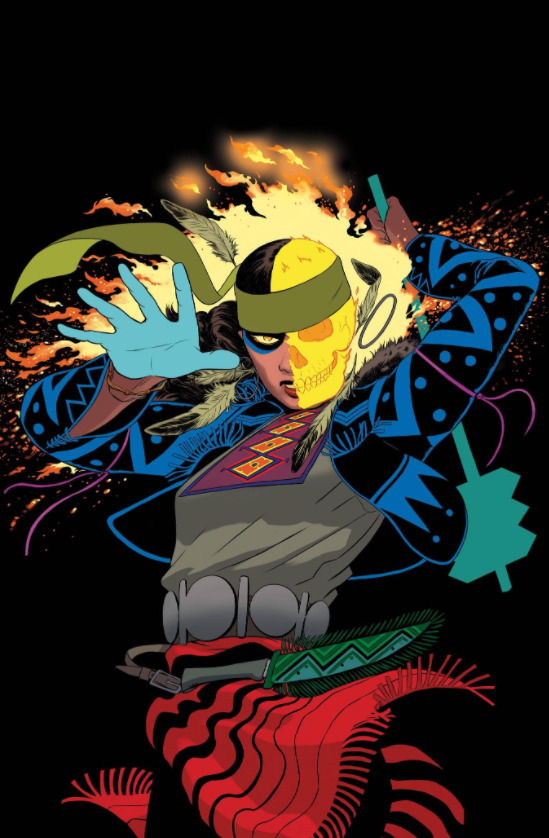 Th series is written by Taboo and B. Earl with art work by Guillermo Sanna, Vanesa Del Rey, and Jordie Bellaire. The series will contain eight installments and release every Thursday on the Marvel Unlimited app.

In a blog post announcing the series, Editorial Content Manager for Marvel Unlimited Robyn Belt described this relatively recent addition to Marvel Comics, who first appeared in Doctor Strange and the Sorcerers Supreme #1 back in 2016.

Belt writes, “She’s the Sorcerer Supreme of the 1800s and a Ghost Rider-turned-Spirit Rider—the only one who’s managed to tame her spirit of vengeance.” 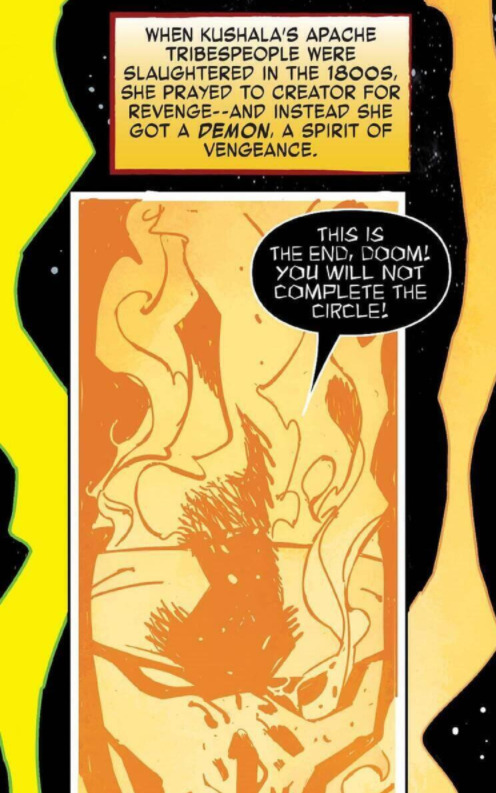 Preview pages of the comic state, “When Kushala’s Apache tribespeople were slaughtered in the 1800s, she prayed to creator for revenge–and instead she got a demon, a spirit of vengance.”

It adds, “But she isn’t just a Ghost Rider.* Back in her day, she was Dr. Strange-level of awesome and became Sorcerer Supreme.” A footnote adds, “Actually a Spirit Rider–See Spirits of Vengeance: Spirit Rider #1! –S.B.” 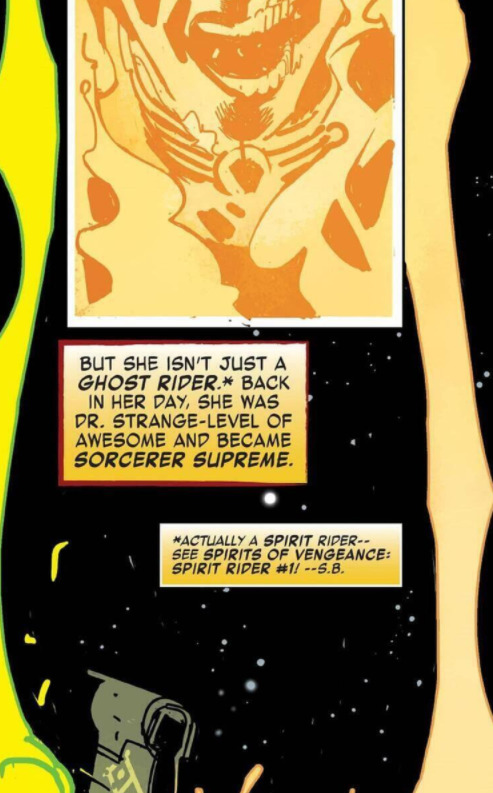 On top of that the official Marvel Entertainment account on Twitter claims, “She’s like no Ghost Rider you’ve ever seen — a Sorcerer Supreme, a Spirit of Vengeance…and the savior of Johnny Blaze’s soul!” 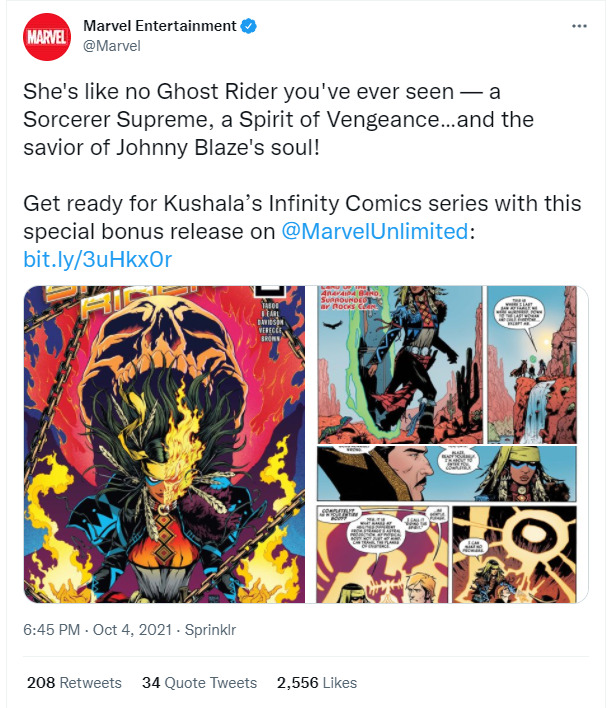 In an interview accompanying the comic’s announcement, writer Taboo explains that Kushala’s weakness is too much power.

He states, “Kushala’s Spirit of Vengeance is a cosmic trauma that wholly possesses her. With this Vengeance, Kushala is able to “ride the spirits,” or the consciousnesses of any sentient beings, through all space and time while harnessing the Vengeance’s great metaphysical abilities using her sorcery.”

“But as we discover, her weakness is that so much power can become uncontrollable, especially when it’s hers alone to wield,” he adds. 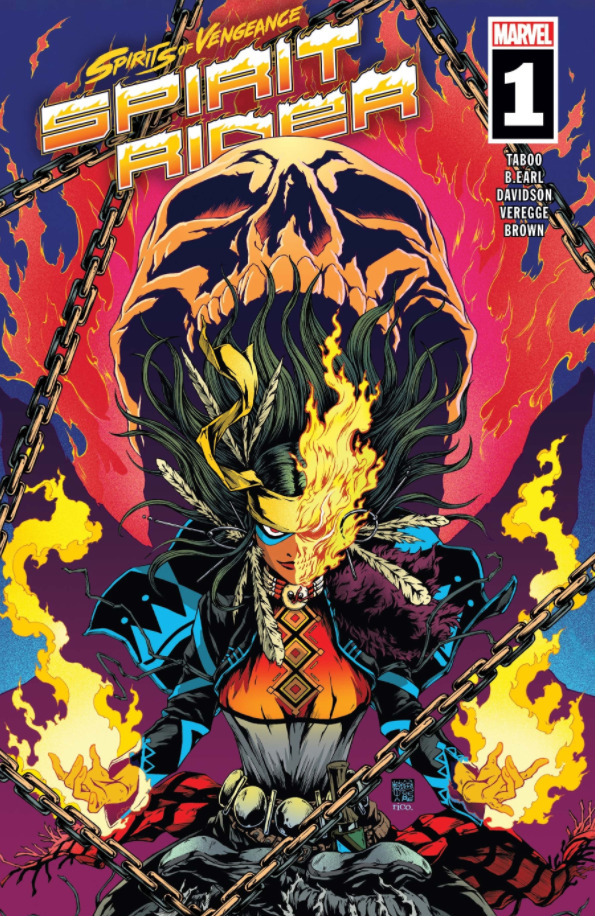 Earl would also detail the series is about identity. He explains, ” Being parents, family legacy and sharing in the discovery of our own respective cultural heritages means everything to us. GHOST RIDER and WEREWOLF BY NIGHT are about identity as well as realizing that the future and past are directly woven into the present.

He adds, “Ignoring where we come from will blind us to where we are going.” 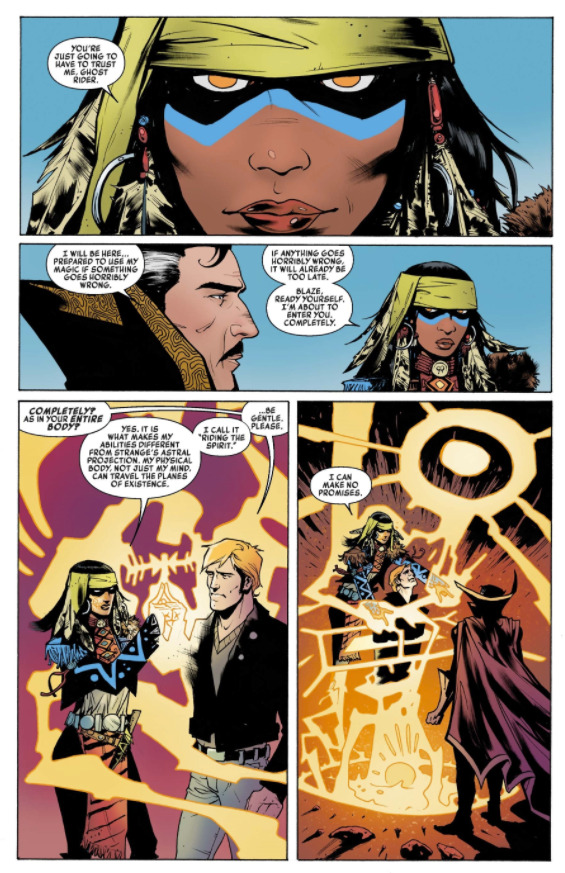 Taboo would provide further insights on what the story is exactly about, “In GHOST RIDER we explore this multi-generational connection with Olivia and Kushala as they travel together through time and space, discovering their connection to the cosmic tapestry and Doctor Doom’s nefarious plans to take over the Multiverse’s collective mind.”

Olivia is an ancestor of Kushala, who also becomes a Ghost Rider. Earl explains who she is, “Olivia is a distant relative of Kushala who is obsessed with learning as much as she can about her family lineage. Olivia works for Threats and Menaces, writing for their supernatural column.

He continues, “She believes that her family’s story would break the internet… if only she could solve the mysteries surrounding it!” 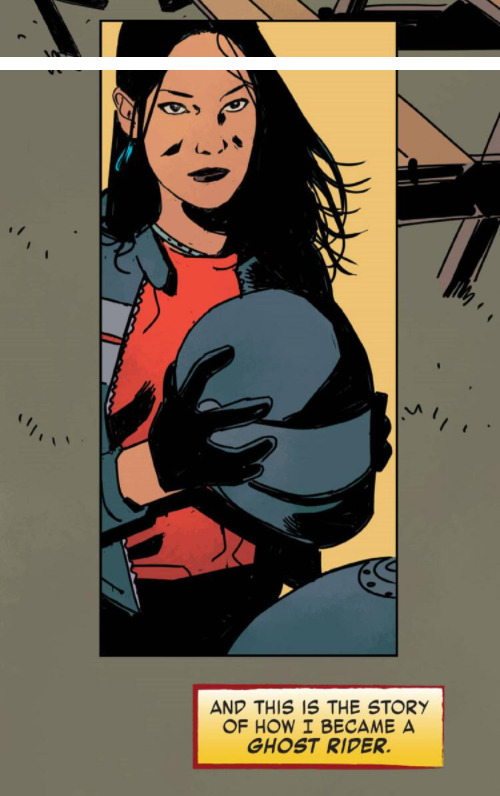 Do you plan on checking out this new female Ghost Rider series?