Image Comics announced that they will become the primary publisher for Kurt Busiek as he will create new Astro City and Arrowsmith stories among others.

In a press release, Image Comics stated, “Kurt Busiek, the bestselling writer of Avengers, Superman, Thunderbolts, Iron Man, JLA, and more, is returning to Image in a big way in 2022, with new entries in fan-favorite series, including Astro City, Arrowsmith and others, plus new creations and more, as he brings his creator-owned work to Image Comics as his primary publisher.” 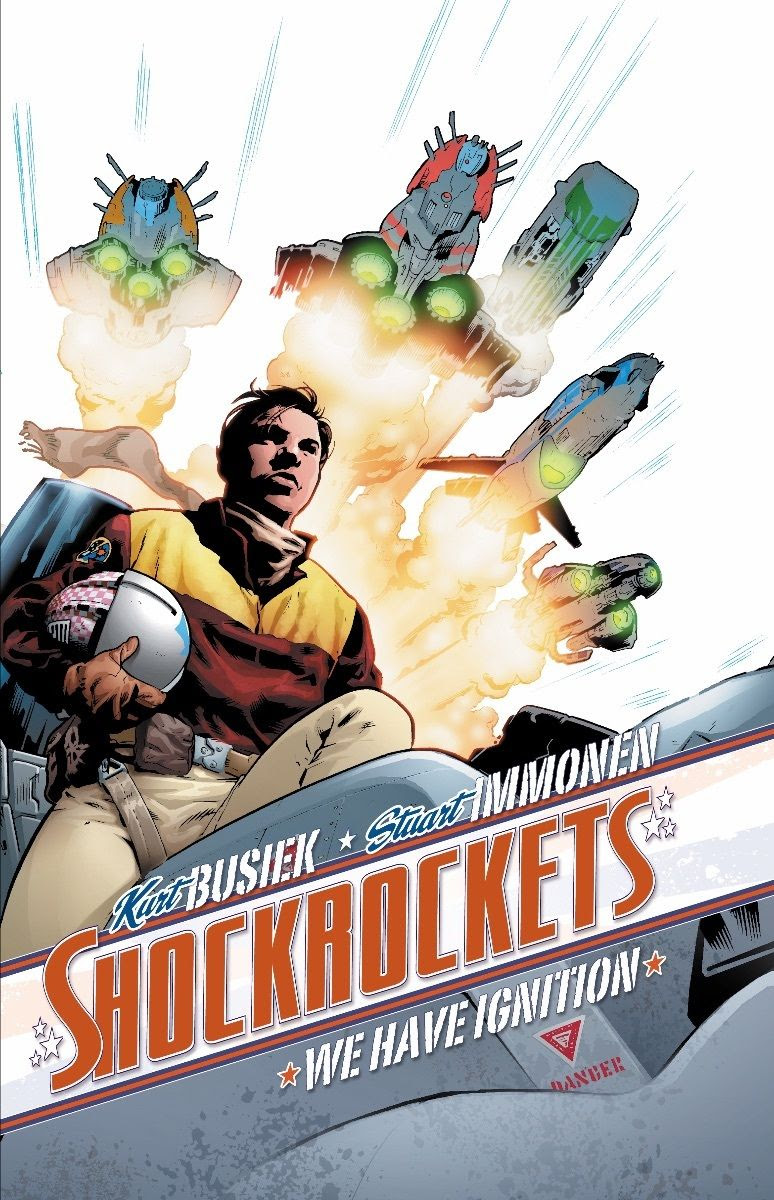 Busiek expressed his excitement to bring his creator-owned titles to Image Comics, “I’m thrilled to be back at Image and glad to be working with Eric Stephenson and the whole crew here.”

He continued, “Image is the best comics publisher for creator-owned work, so it’s very nice to be bringing my books together here, where they can be available as a group, supported by the team here—and sitting alongside such great series as Saga, The Walking Dead, Criminal, Savage Dragon and so many more.”

“And not just because Image is only about twenty minutes from where I live, so I can actually drop by the place, once the pandemic is in the rearview. My creative partners and I are looking forward to a having a home for the work we’re doing now and lots of new ideas to come,” he added. 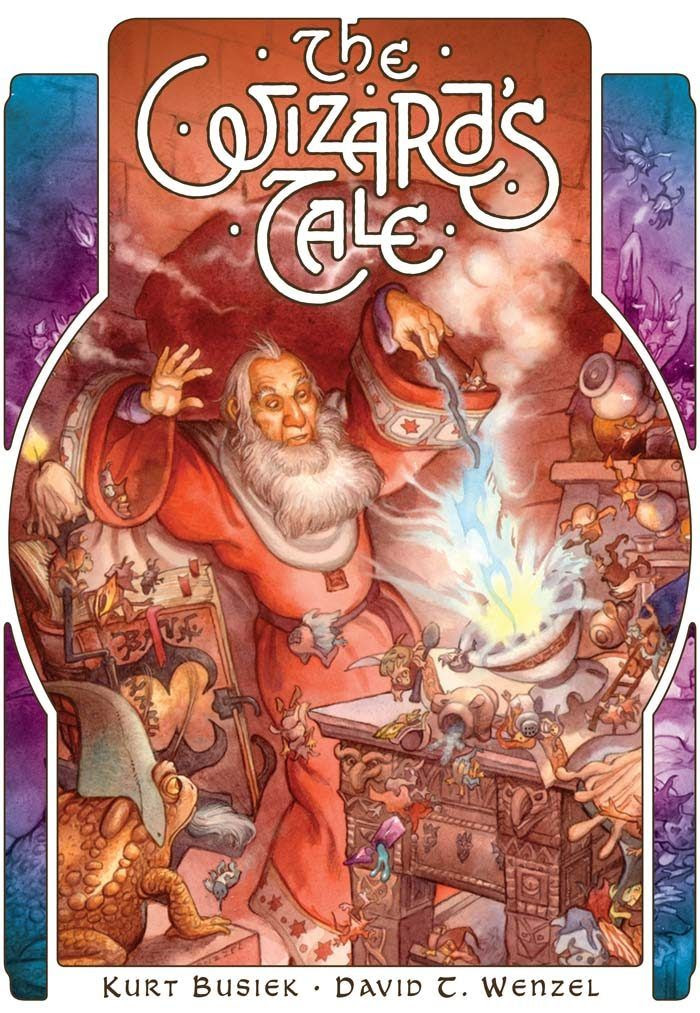 Image Comics Chief Creative Officer and Publisher Eric Stephenson expressed his excitement for Busiek bringing his work to Image, “When I was editing comics for Extreme Studios back in the ’90s, one of my big regrets was that I couldn’t close the deal on getting Kurt Busiek to write Supreme, so working with Kurt to make Image the home for all of his creator-owned work—from Astro City to Arrowsmith to Autumnlands and more—has been nothing short of a thrill.”

“In addition to being one of comics’ finest writers, Kurt is also a magnet for equally talented artists, and we couldn’t be happier to see the Image ‘i’ on work by the likes of Carlos Pacheco, Brent Anderson, Alex Ross, Ben Dewey, Stephen Mooney, Jordie Bellaire, and Alex Sinclair,” he added. 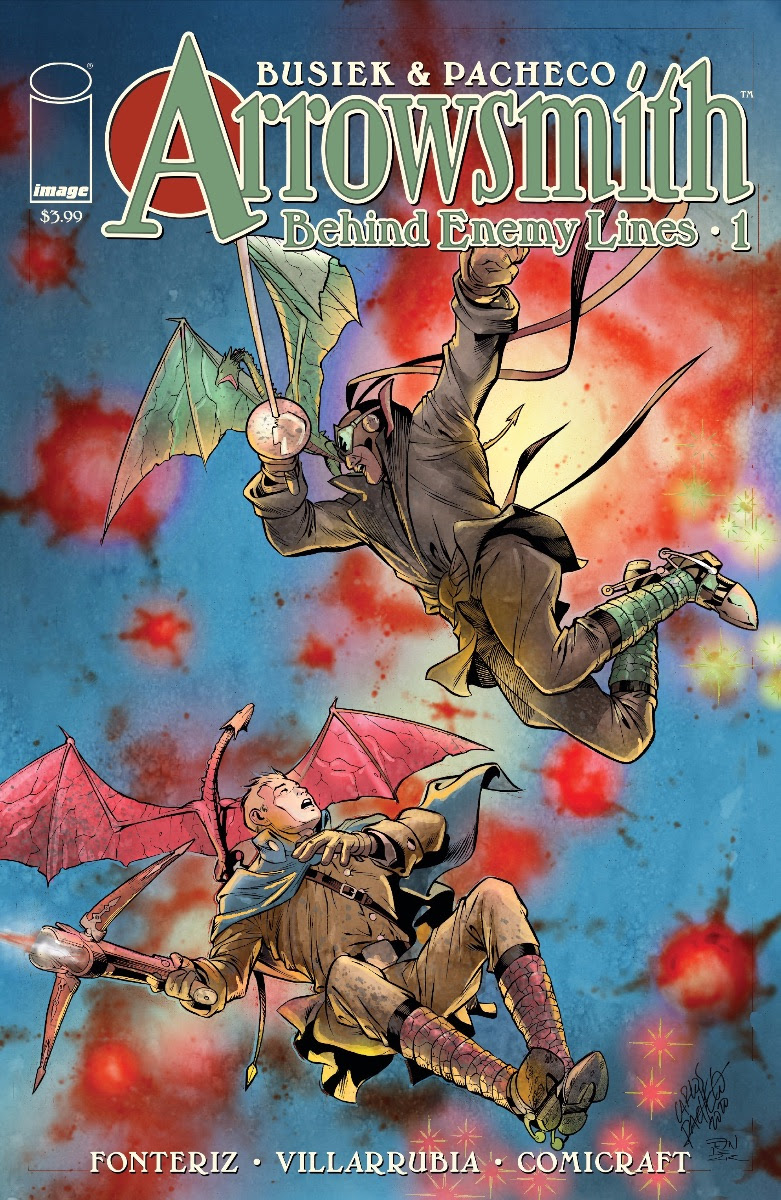 First, Busiek will team up with Carlos Pacheco for a new six-issue Arrowsmith series titled Arrowsmith: Behind Enemy Lines. The first issue will arrive on January 19, 2022.

The description for this series reads, “In the upcoming Arrowsmith: Behind Enemy Lines, it’s World War I—but a war of wizards and dragons as much as bullets and barbed wire. Young airman Fletcher Arrowsmith plunges back into the heat of war—and finds himself behind enemy lines, facing a threat that could doom the Allied Powers.

It adds, “Old friends and new favorites will appear, and the world of Arrowsmith will be deepened, as previously-secret history and machinations are revealed.” 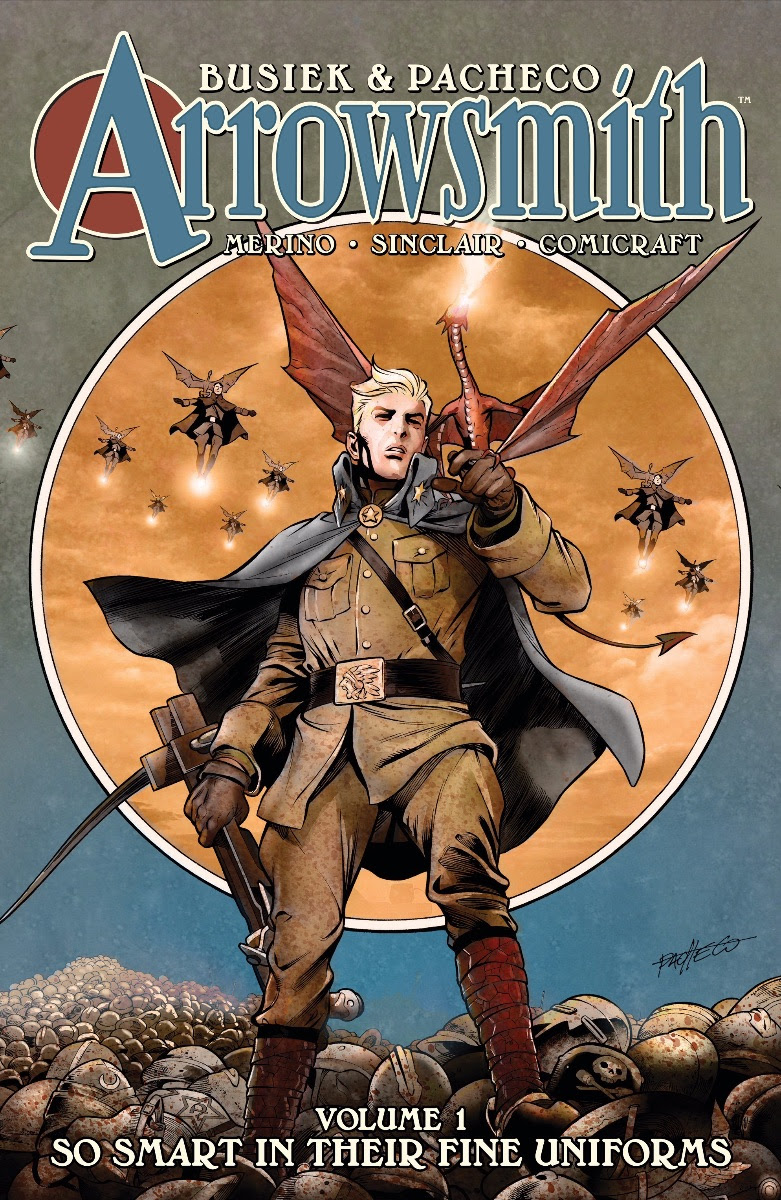 In addition to this new series, Image Comics will published “an oversized, fully re-mastered hardcover collected edition of the original series” on February 23, 2022.

“This edition, deluxe-sized and in hardcover for the first time, will present the art as Pacheco originally intended, and will feature ancillary material about the creation and history of Arrowsmith,” Image Comics writes. 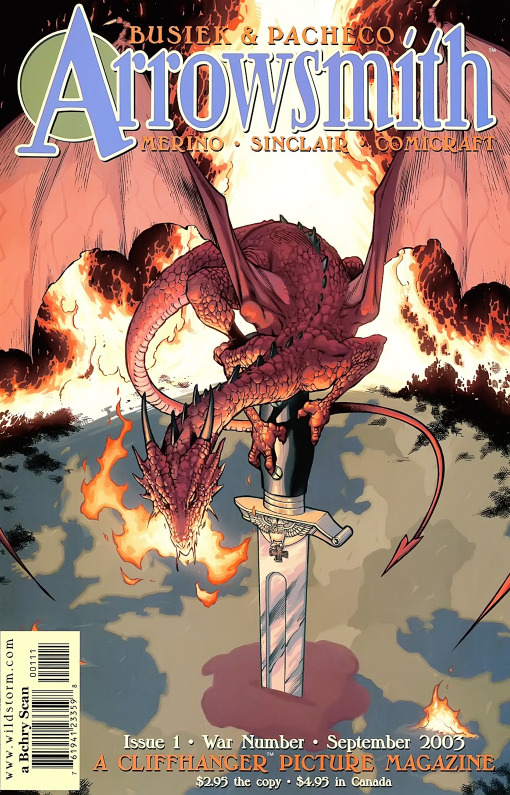 Speaking specifically about Arrowsmith, Busiek said, “Stepping back into this universe at long last, and writing these characters again feels like coming home, and visiting with old friends—admittedly, old friends we do dangerous, stressful things to in the name of adventure. And the art, by Carlos, Rafael, and Jose, is just astounding.”

He added, “Arrowsmith fans have been very patient, but have never been shy about letting us know they want more—and I can’t wait for them to see both the new series and the re-mastered original in the kind of hardcover edition we think it deserves.” 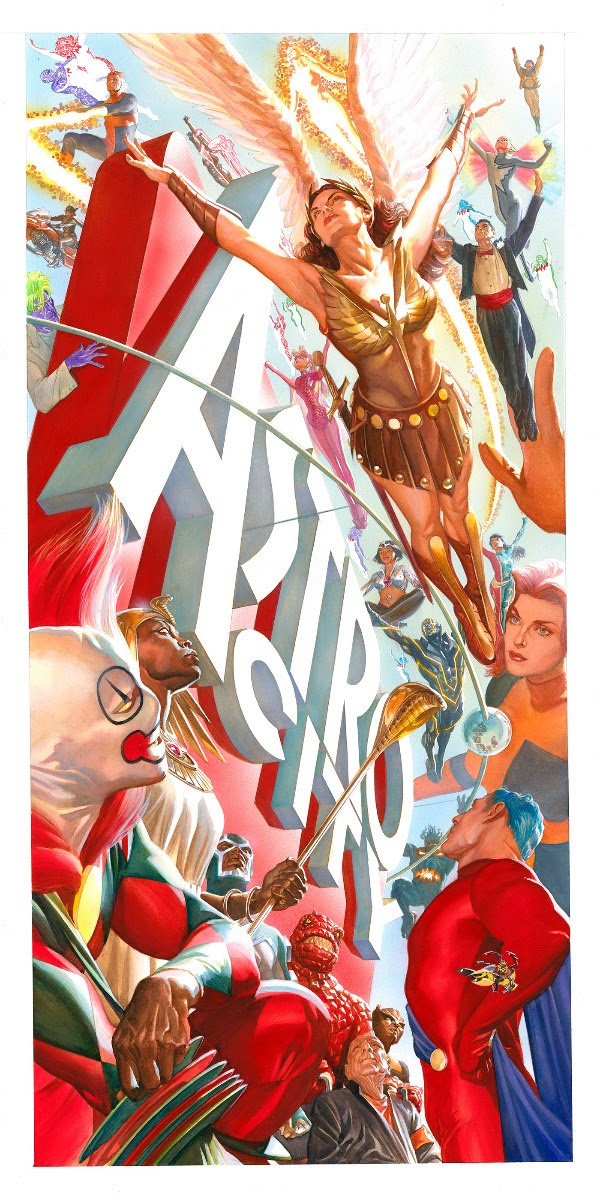 Then in March, Busiek will team up with Brent Anderson, Alex Ross, and Alex Sinclair for a Astro City one-shot “introducing new characters and setting the stage for upcoming dangers for the city and the world.”

Busiek went on to provide details about this one-shot, “It’s also wonderful to be back in the world of Astro City. Alex, Brent, and I have been planning this for a long time—we’re introducing a teen-hero team, The Jayhawks (and more), in the special, and setting off a mystery as important to Astro City as what happened to the Silver Agent or the story of the Broken Man.”

He added, “Alex has designed a cornucopia of new characters, and Brent is going to town on the artwork. It’ll be a very fun ride—and yes, longtime readers, we will get to the story of the N-Forcer, I promise! 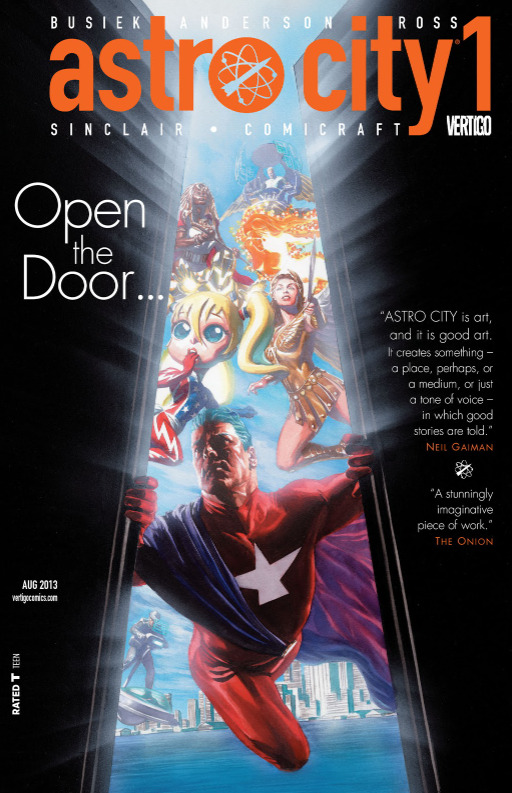 Busiek and the Astro City team will also publish a new graphic novel titled The Gods on Sunday Morning. Image Comics describes it as a “new urban-fantasy graphic novel.”

Busiek provided some more details, “I think The Gods on Sunday Morning will be a treat, both for Astro City readers and others. It’s a standalone urban fantasy graphic novel about a group of long-forgotten gods in the world today, taking a similar approach to fantasy as what Brent, Alex, and I have done with superheroes, and it’s looking just gorgeous.” 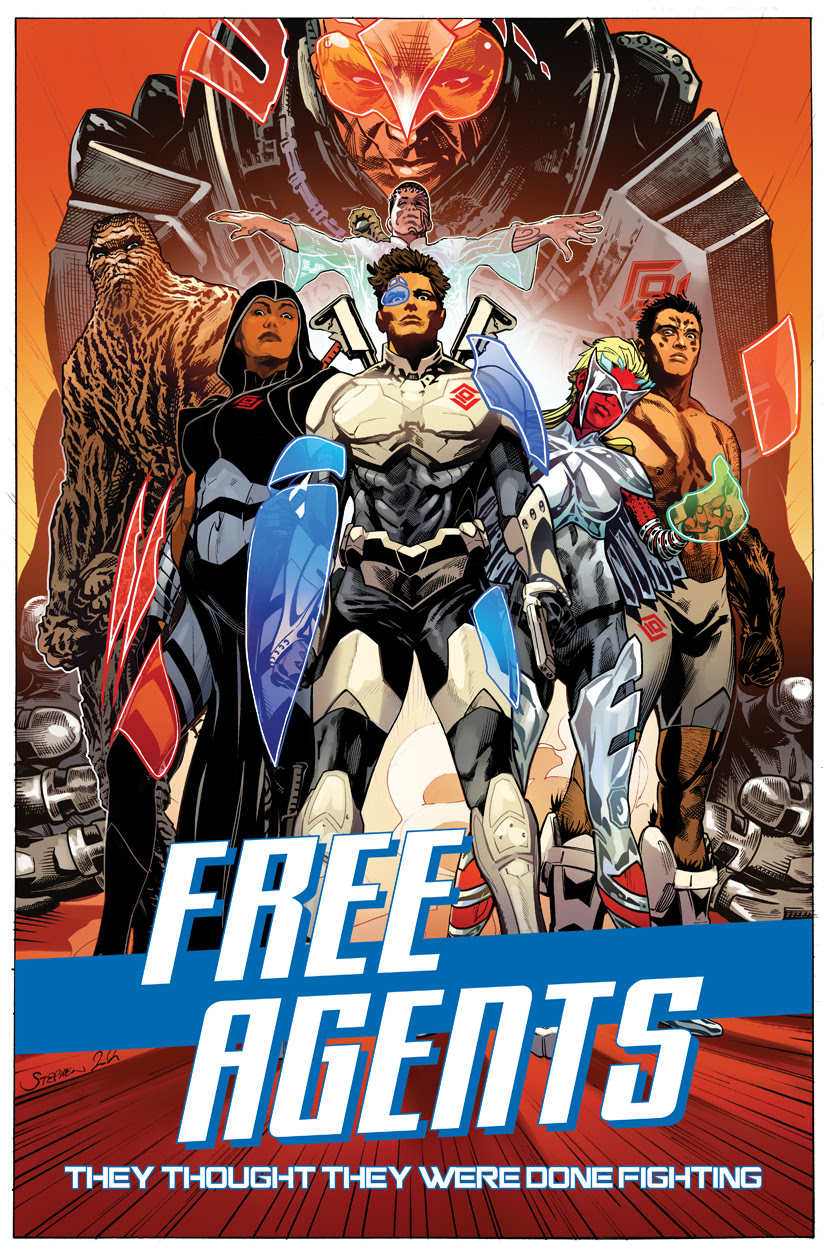 He will also be teaming up with Deadpool co-creator Fabian Nicieza and artist Stephen Mooney for a new series titled Free Agents.

He will also team up with Benjamin Dewey and Jordie Bellaire for the return of Autumnlands. Both Free Agents and Autumnlands are expected to arrive in late 2022.

Speaking to these series, Busiek said, “I can’t wait to start telling you about what’s coming for Dusty and Learoyd in Autumnlands, what the Free Agents are all about, and beyond. We’ve been cooking up a lot, and it’s great to finally get to see it becoming a reality.” 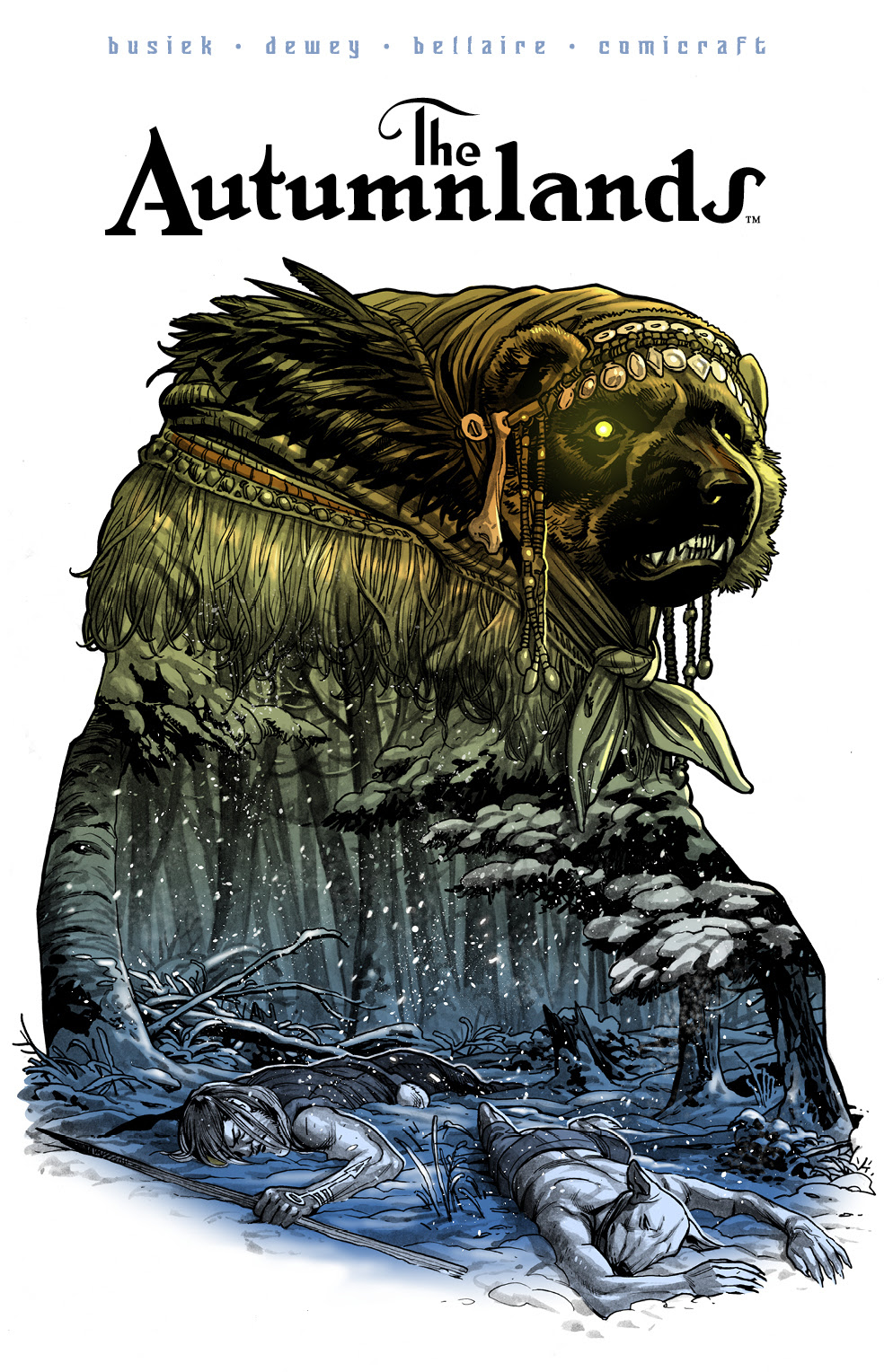 Image Comics adds that they will be publishing new editions of Shockrockets, Superstar: As Seen on TV, and The Wizard’s Tale.