Nintendo of America announced that their upcoming release of Advance Wars 1+2: Re-Boot Camp will be delayed until spring 2022. 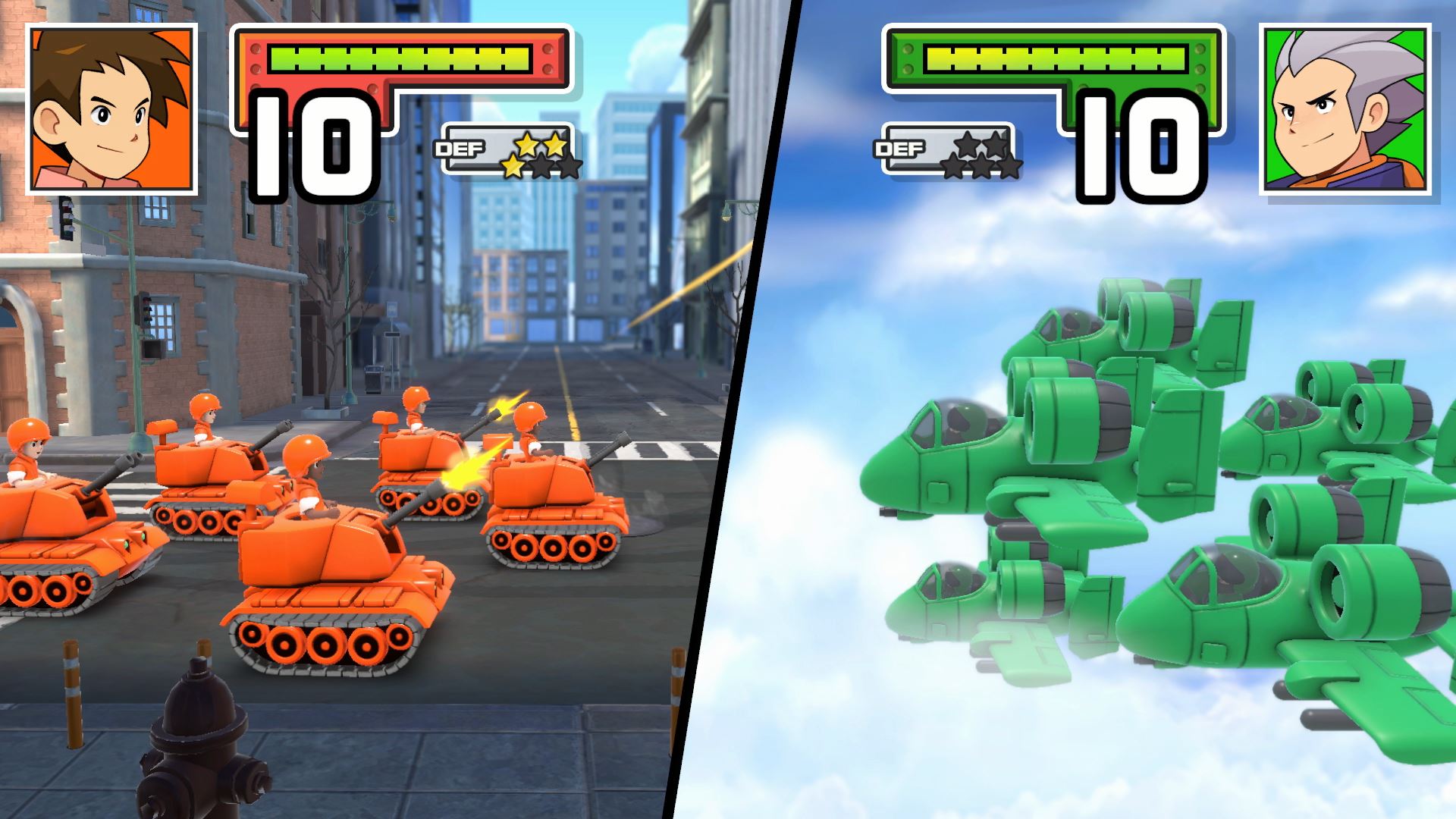 The company took to Twitter to announce the delay. They stated, “Hello, troops! #AdvanceWars 1+2: Re-Boot Camp, which was set to launch on 12/3, will now release for #NintendoSwitch in spring 2022.”

As for why, they explained, “The game just needs a little more time for fine tuning. You’ll be battling with Andy & friends soon! Thanks for your patience.” 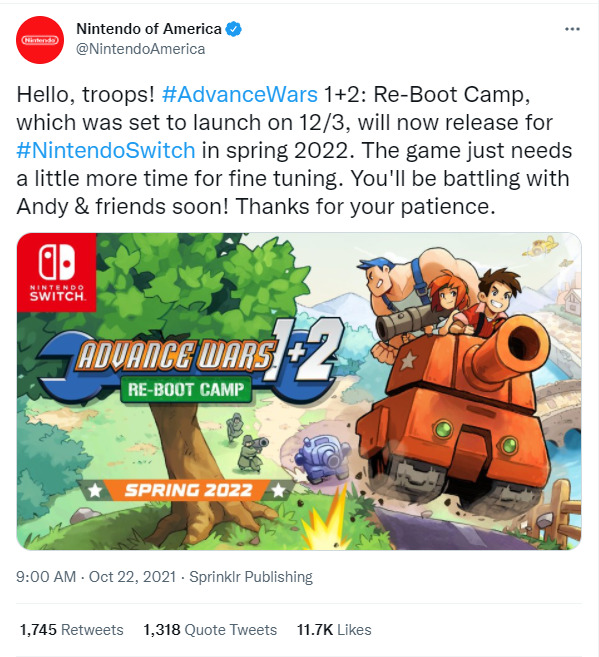 The game features the campaigns of Advance Wars and Advance Wars 2: Black Hole Rising that originally debuted for the Game Boy Advance back in 2001 and 2003 respectively. 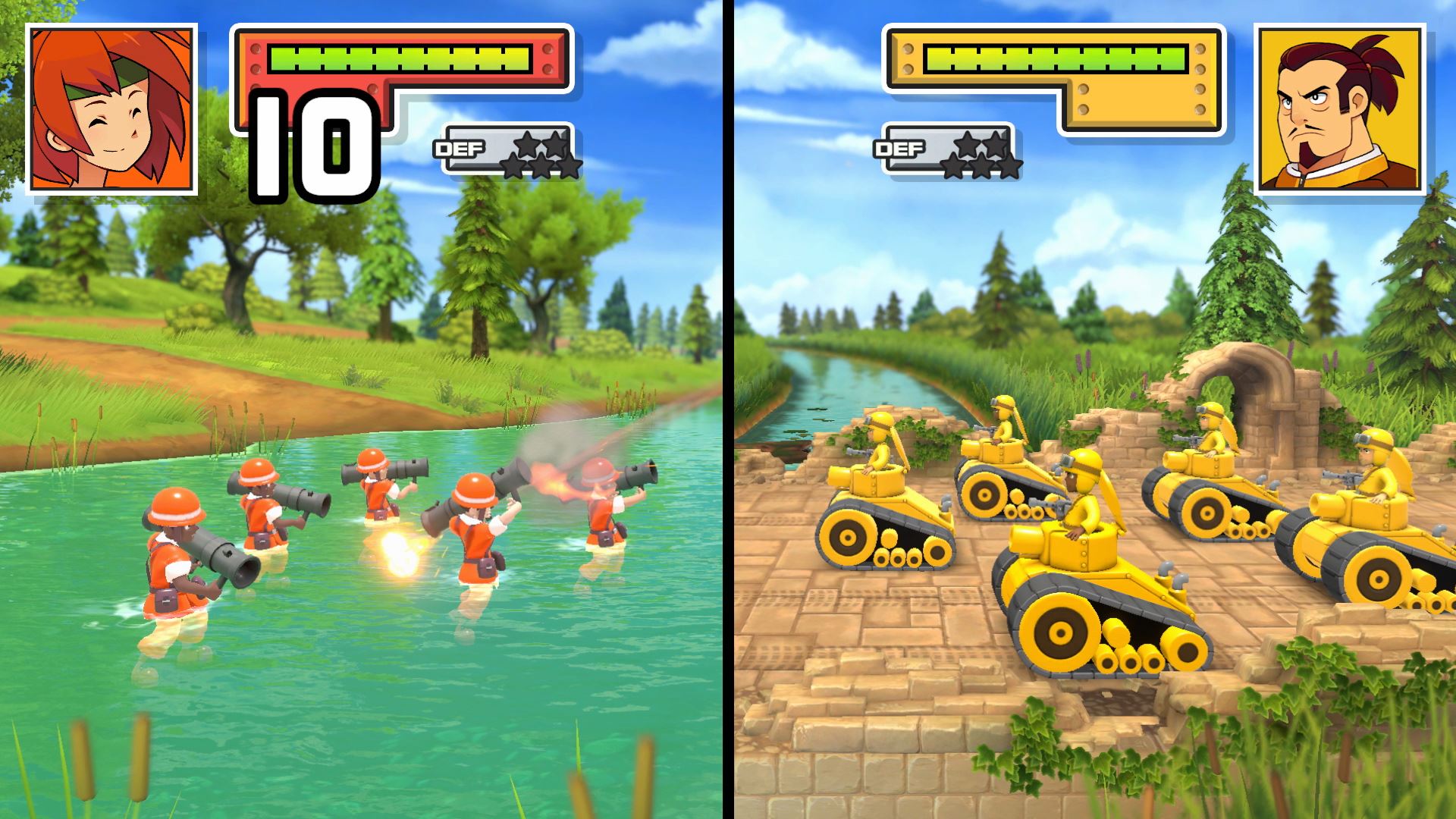 The official description states, “Command an army in strategic, turn-based combat as a tactical advisor for the Orange Star Army. Your expertise is needed as you move land, air and naval units across the battlefield and unleash powerful CO abilities to turn the tide of battle.”

It adds, “Take down enemy squads and capture towns and bases to secure victory and keep the peace. Keep an eye on the game-changing terrain and weather as you lead units across two campaigns that cover the events of the Advance Wars and Advance Wars 2: Black Hole Rising games!” 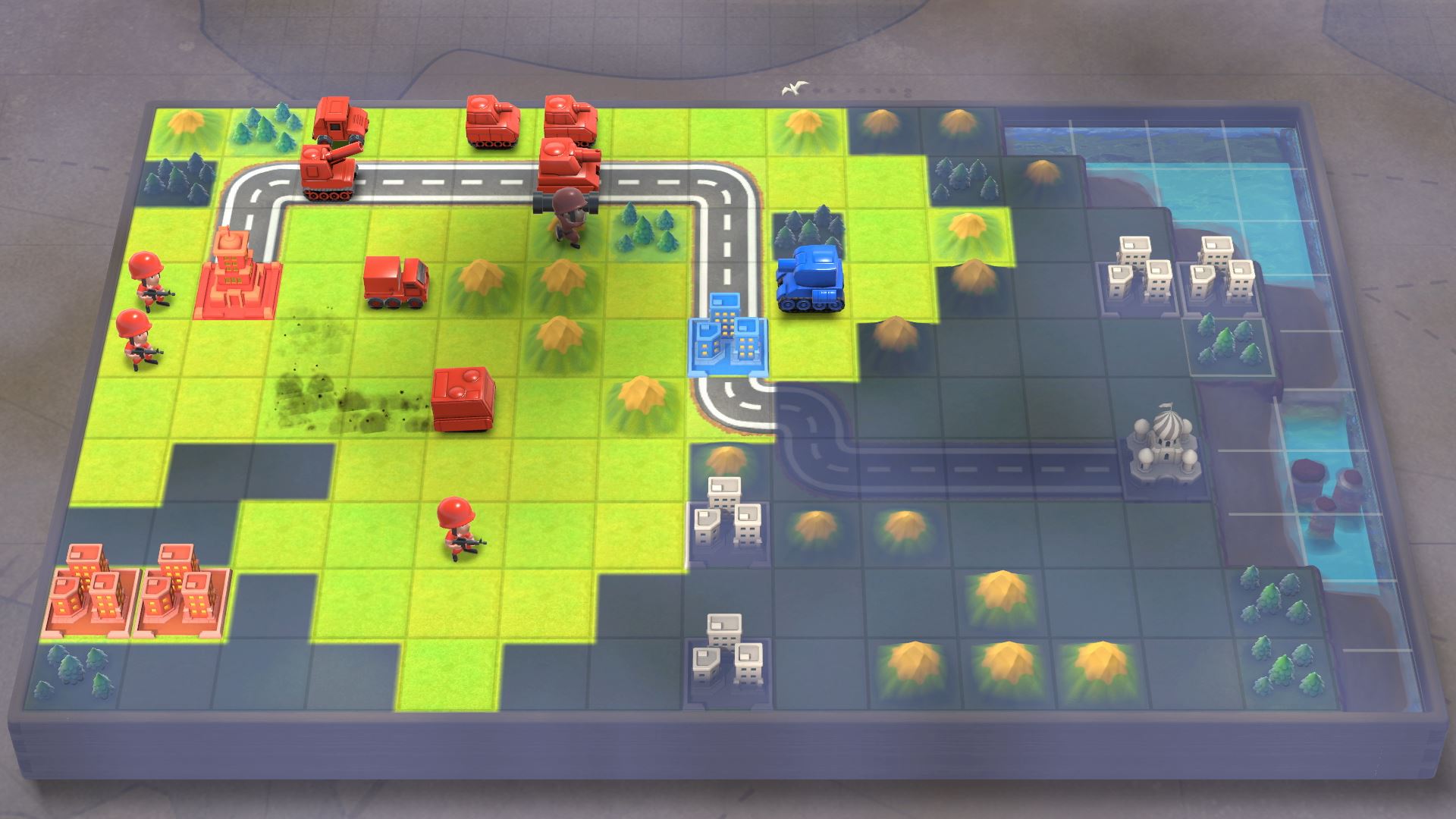 As for those CO abilities, Nintendo explains, “Defend your land with the help of Andy, Max, Sami, and other Commanding Officers, each with their own specialties and CO Powers. Andy can repair units, while Sami can boost the abilities of troops. Your opponents can use CO abilities of their own too!”

“Throughout both campaigns, the COs you meet play a critical role both on the battlefield and in the story,” Nintendo states. 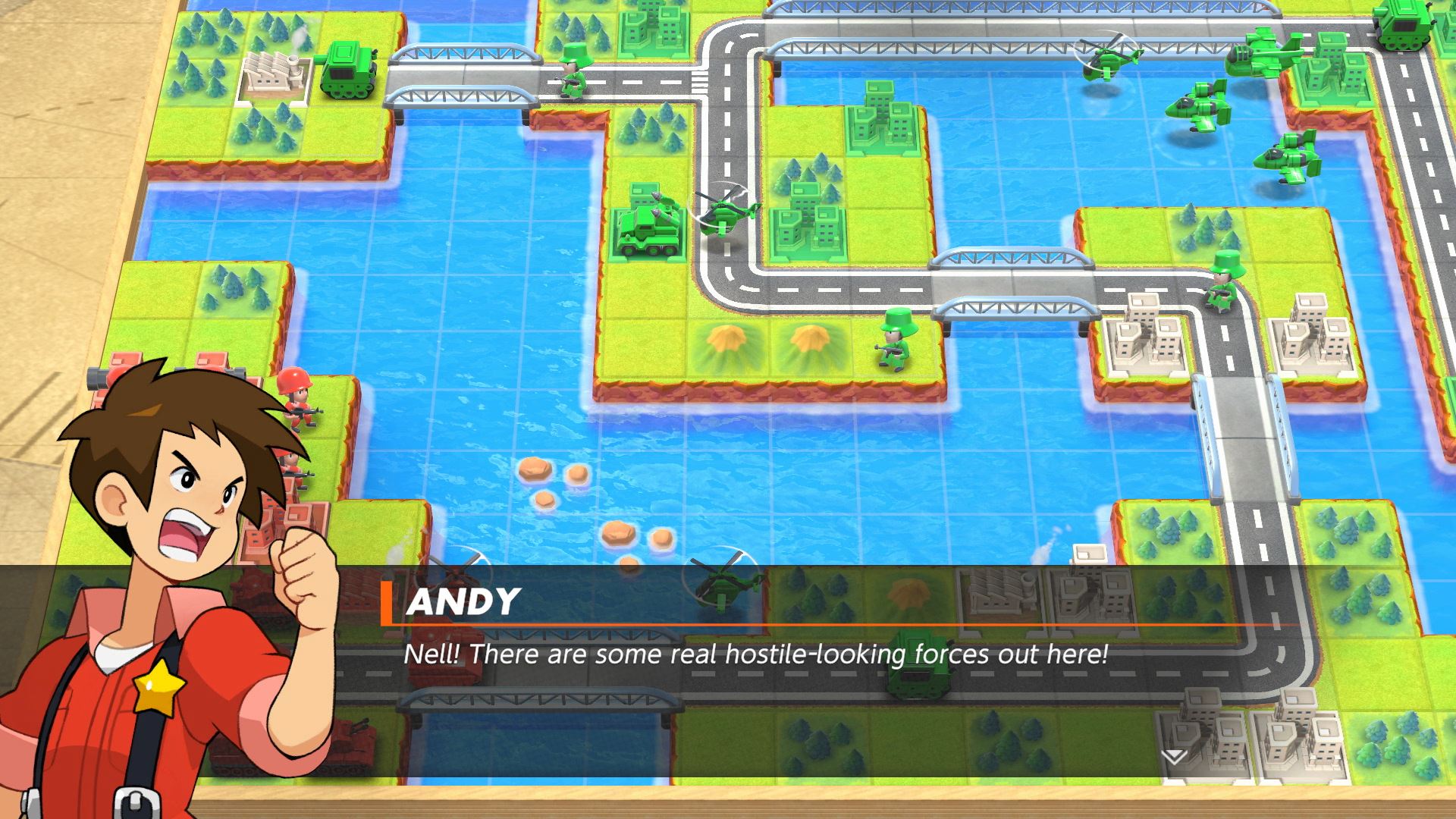 The game will also feature a Versus mode, Nintendo details, “When you aren’t busy keeping the peace in one of the two campaign stories, flex your army-commanding chops in Versus Mode**.”

“Up to four players can battle on dozens of maps. Each player chooses a CO from either campaign and can strategically use their CO Powers to turn the tides of battle. Customize your combat with options like funds per allied base and fog of war,” they assert. 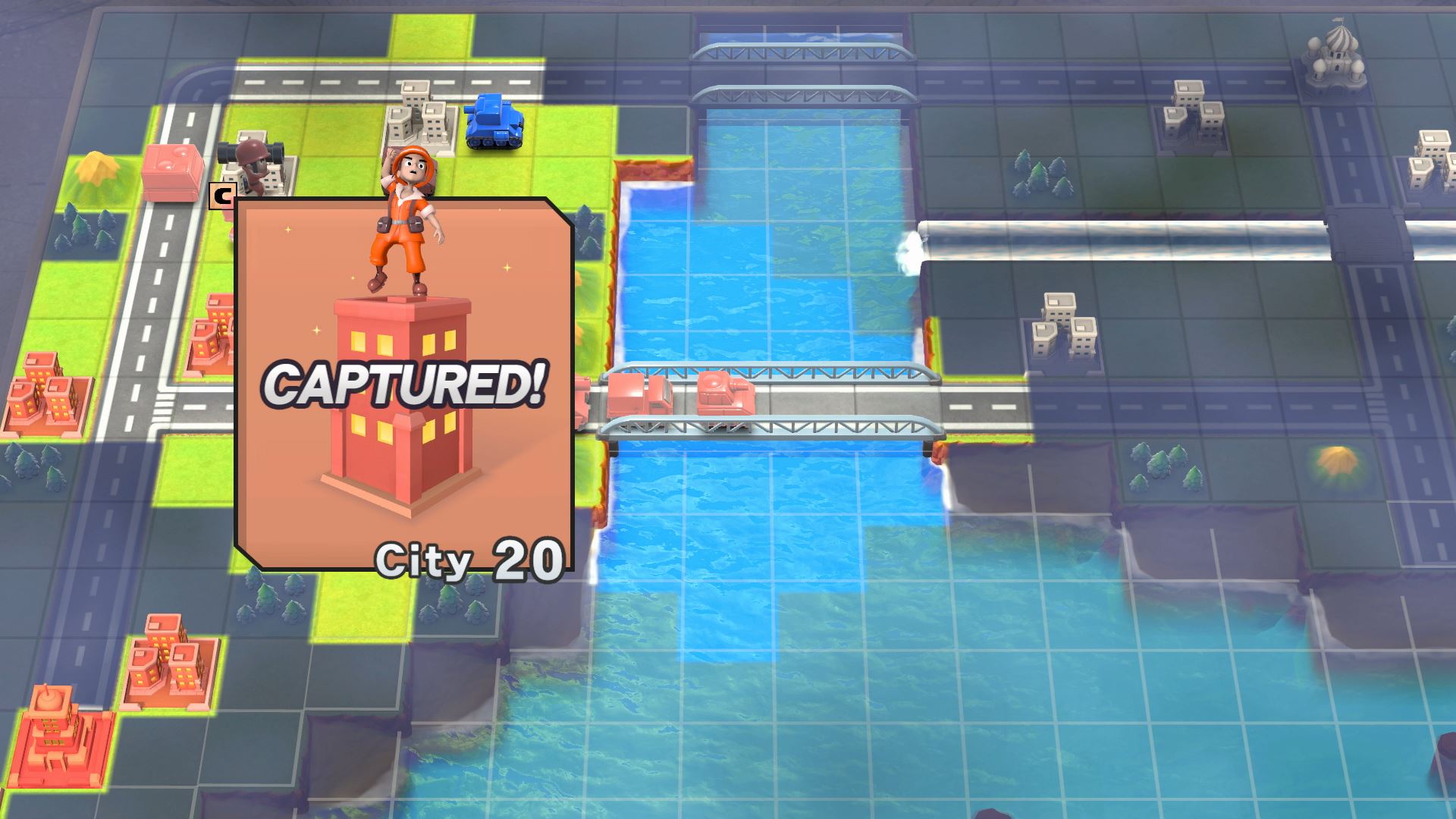 What do you make of this delay for Advance Wars 1+2: Re-Boot Camp?