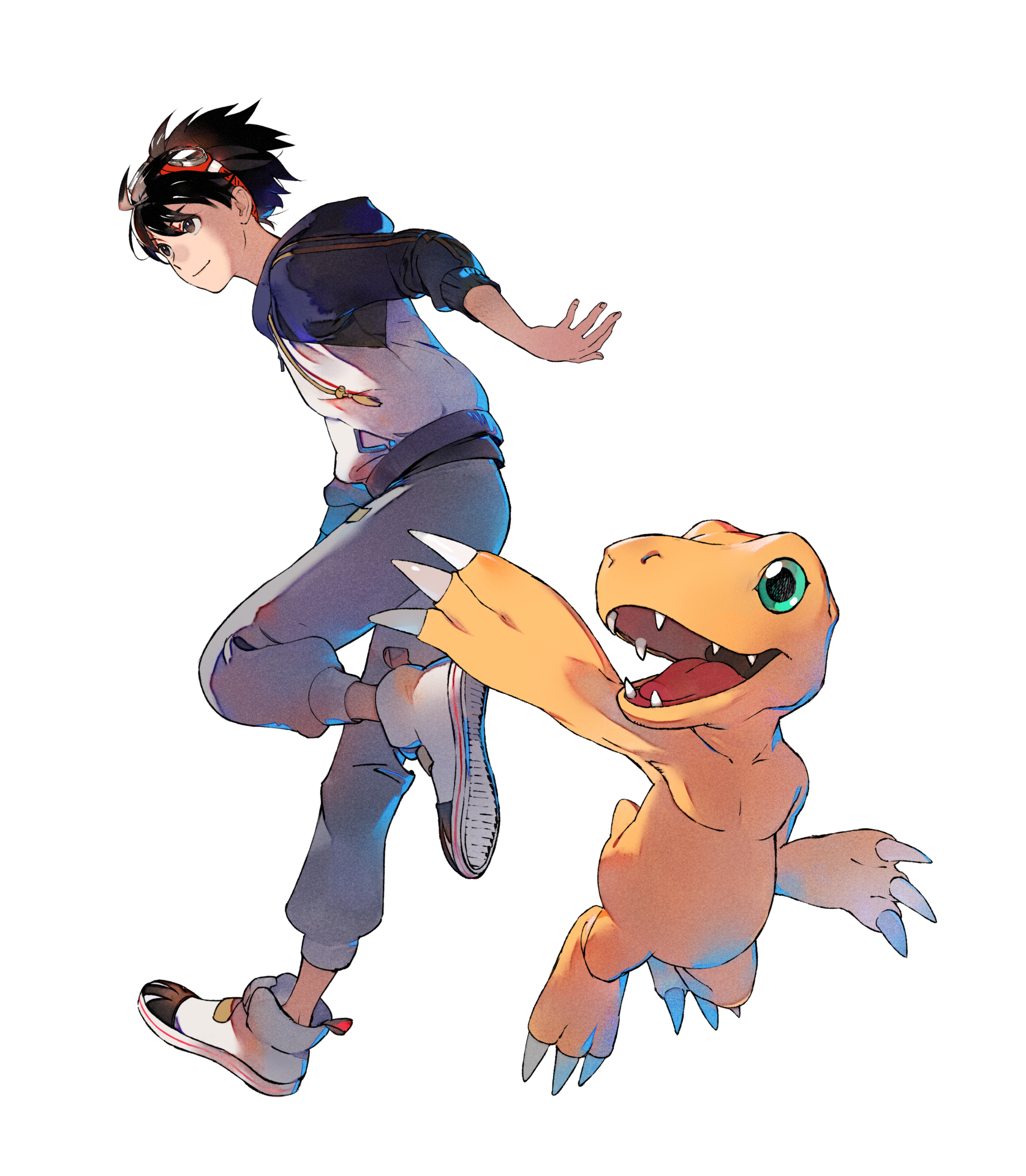 Bandai Namco Entertainment shared the announcement from Habu on their Facebook page.

It begins, “First of all, we’d like to thank you for your continued patience and support for Digimon Survive. Our original goal was to launch Digimon Survive in 2021. However, due to the need to allocate more time to development, it is necessary to move the game’s release date to 2022.”

Habu continued, “While this decision hasn’t been an easy one, we want to make sure we use this extra time to enhance the quality of the game.” 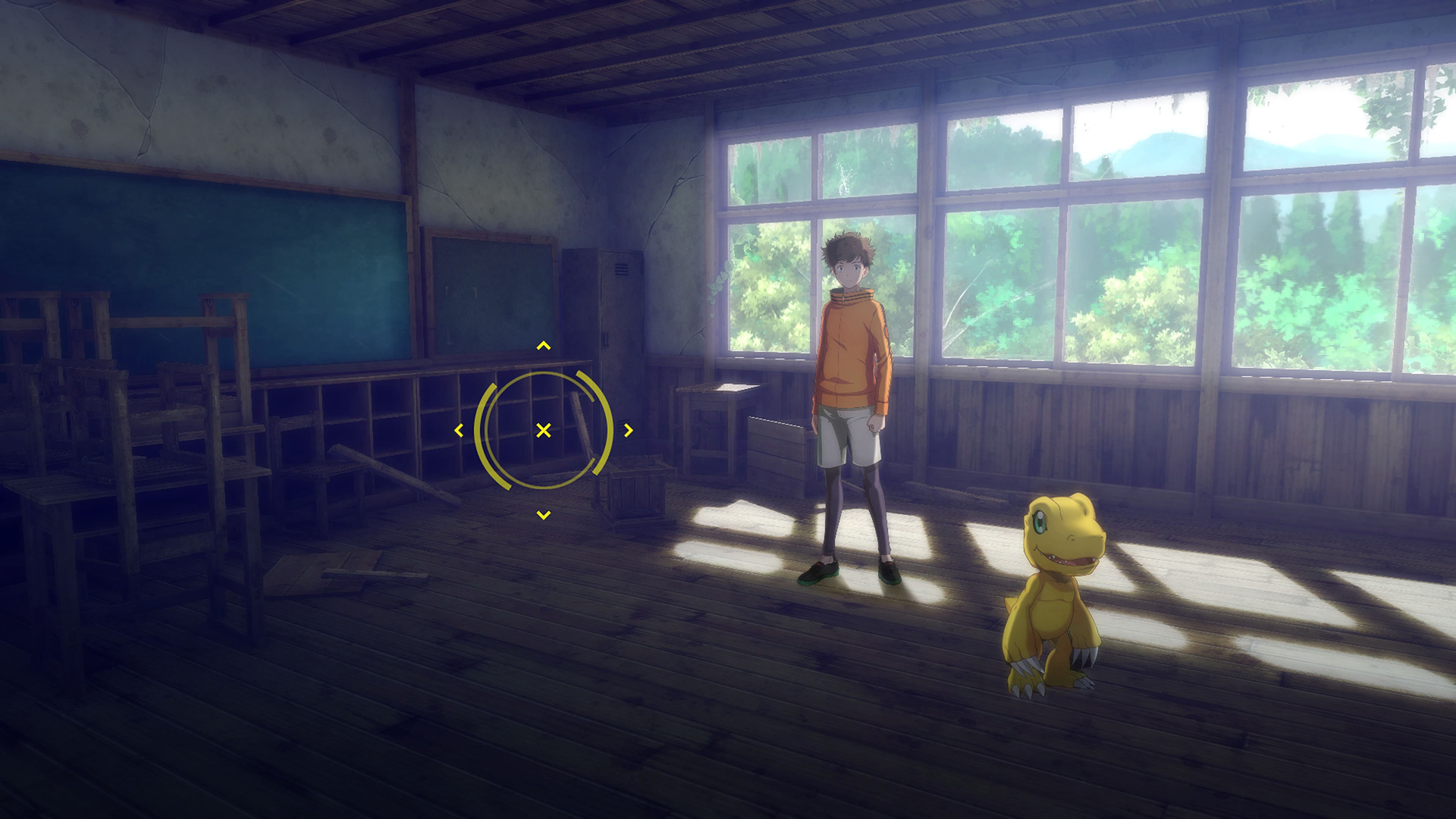 He added, “The entire development team is working as hard as we can on the game, and we kindly ask for your patience. We look forward to sharing more news and updates about Digimon Survive with you all, soon.”

Thank you gain for your continued support,” Habu concluded. 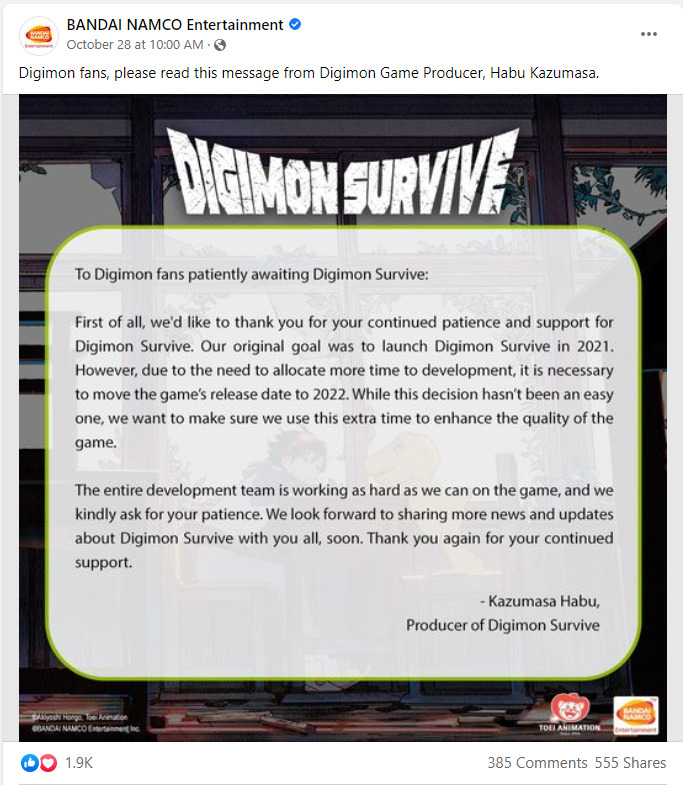 This isn’t the first time that Digimon Survive has been delayed. A western release for the game was announced back in 2018.

In that original announcement, the game was expected to be released in 2019 for the PlayStation 4, Xbox One, Nintendo Switch, and PC to “coincide with the 20th Anniversary of the original TV show.” 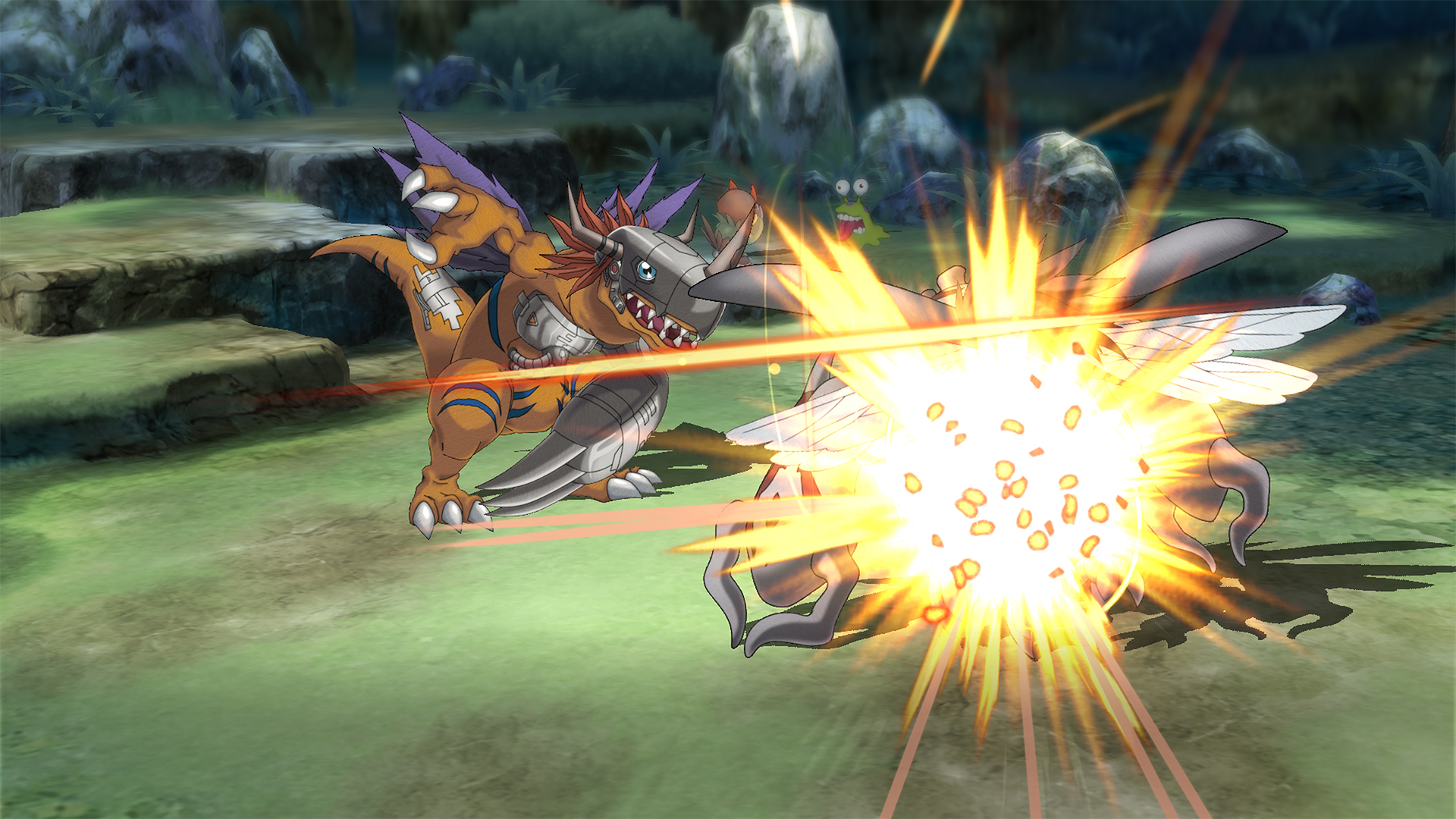 In that statement he wrote, “The Digimon Survive would like to extend our thanks to fans from around the world for their support during development, especially in these difficult times. We had originally planned to launch Digimon Survive in 2020 but current world events have shifted our development timing and we have made the difficult decision to push Digimon Survive’s launch to 2021.”

Haru added, “We thank you all for your continued patience as we work to create a fun and engaging tactical RPG game along with a memorable story for Digimon fans! We will share some exciting updates for Digimon Survive in Spring 2021, so please stay tuned for more information,” he concluded. 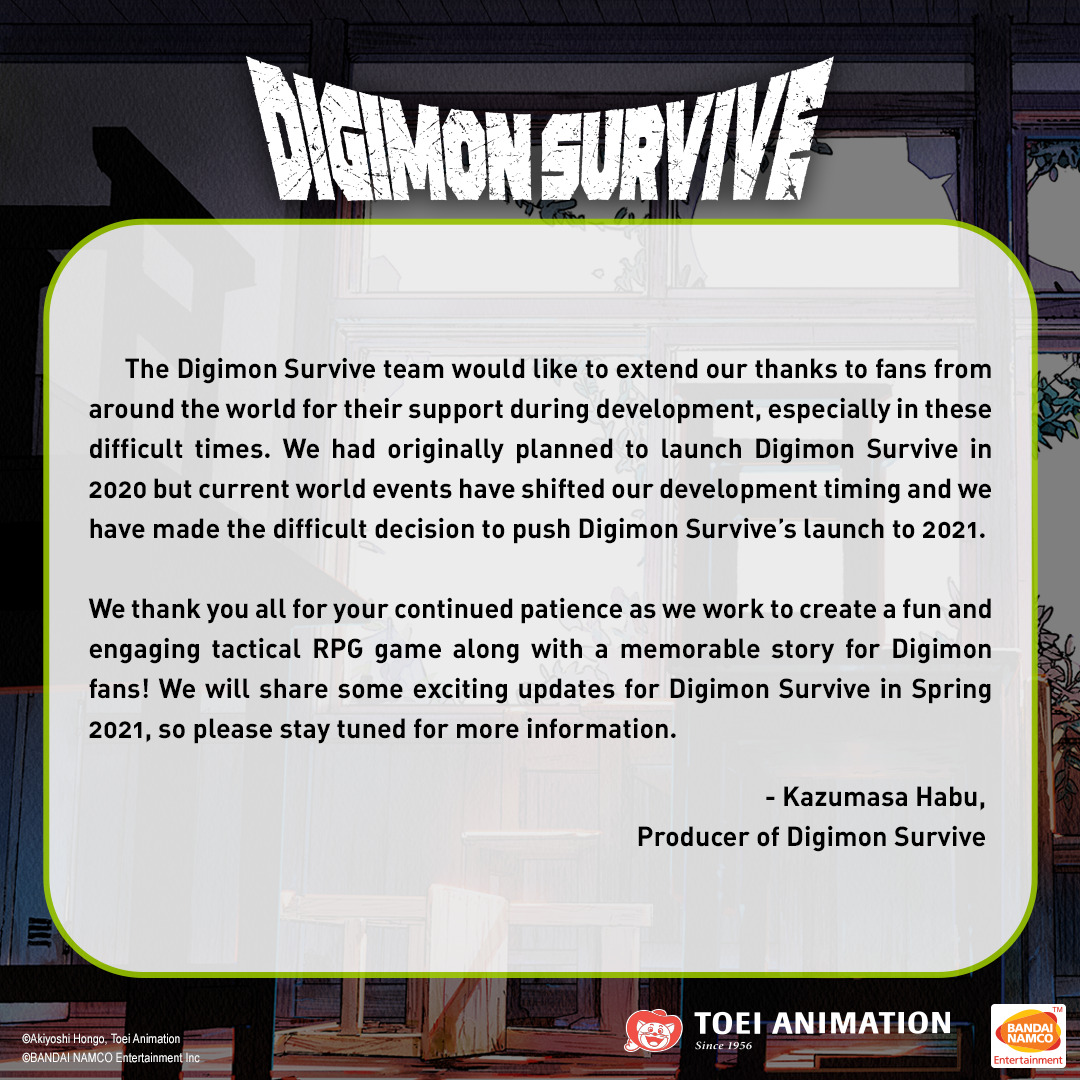 The official description for the game reads, “Digimon Survive sees a brand-new group of teenagers, led by Takuma Momozuka, get lost on a school camping trip, finding them transported to a strange new world of monsters and danger.”

It adds, “As they fight their way back home through an animated world of difficult decisions and deadly battles, players’ choices throughout the game will impact the evolution of their monster allies, and the final ending. Battles in the game are fought in 2D, in a more classic SRPG style.” 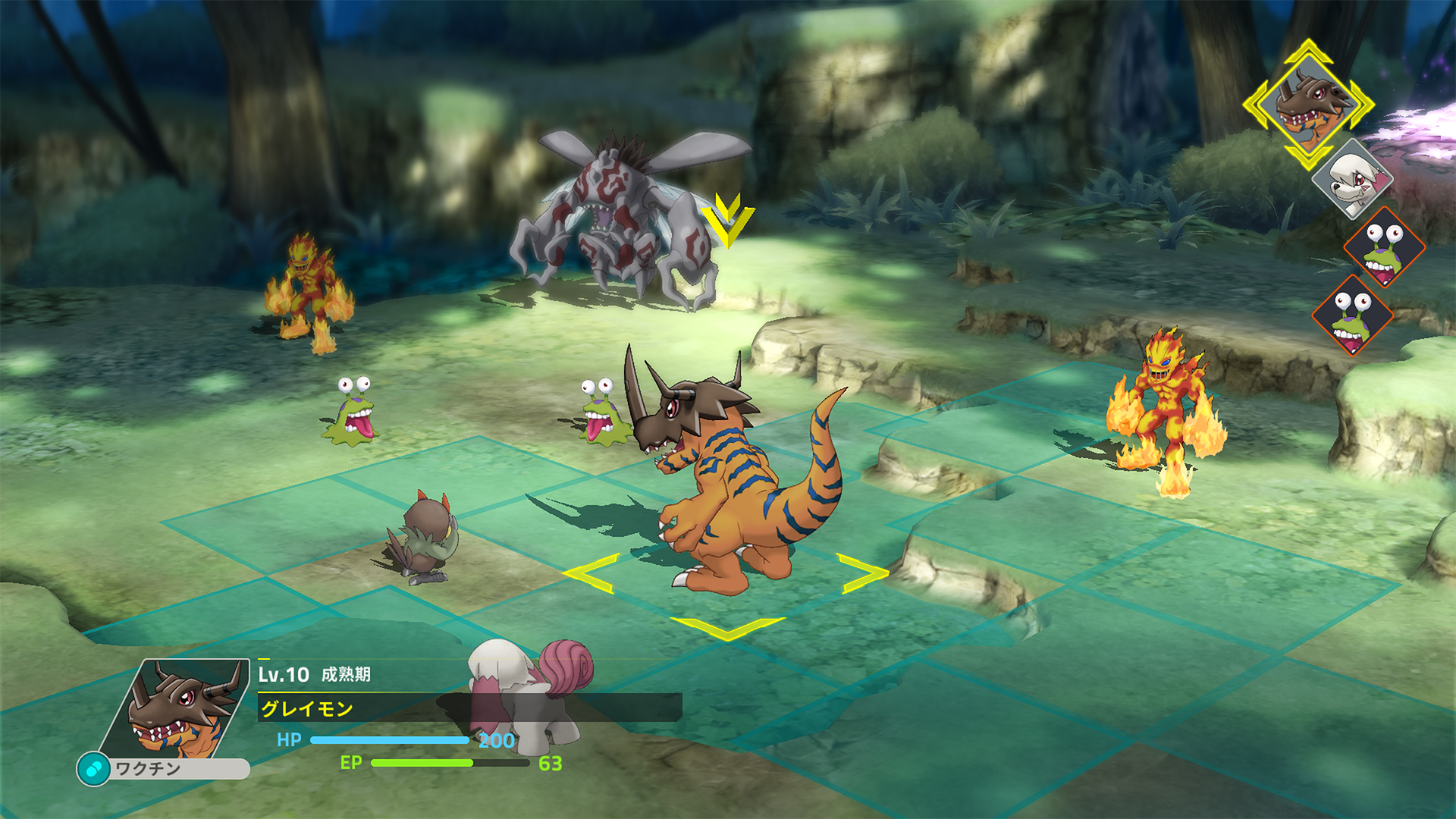 What do you make of this new delay for Digimon Survive?