Welcome back to The Arktoons Roundup, Bounding Into Comics’ weekly dive into some of the best new webtoons that Arkhaven Comics has to offer on Arktoons.com. This week we will be concentrating on two new series and one lost classic.

Arktoons is one of the few publishers that doesn’t shy away from Christianity and stories related to the Church. Our first two entries this week are very much Christian in nature.

Vegfolk Fables by Codex and Q

From the Arkhaven site: “We tossed ‘Bone’, ‘VeggieTales’, and a wee dram o’ whiskey into the blender, mashed the humor button, and poured the story onto the Web. With a splash of Oz and a sprinkle of Narnia, Vegfolk Fables is an all-age-friendly fantastical adventure. No vegetarians please.” 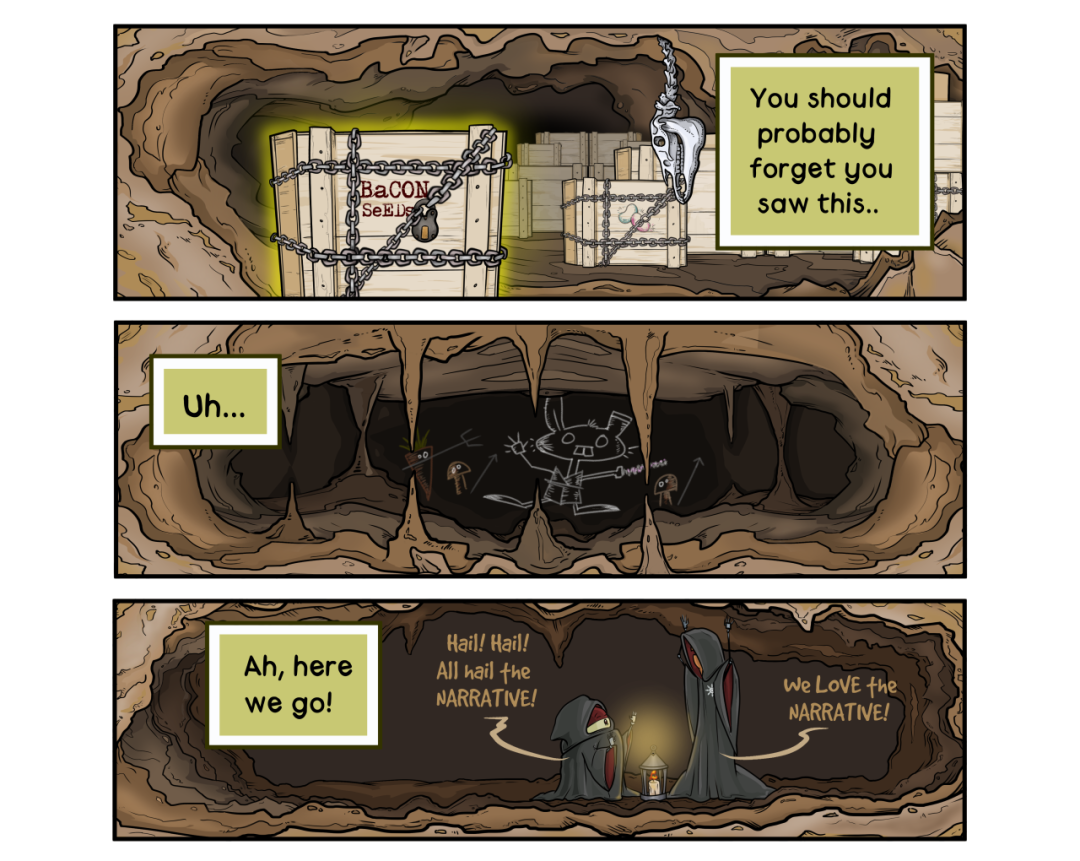 At its height in the 1990s, it enjoyed a dominant market position for two reasons: One, it was genuinely funny and entertaining, and two, its competition wasn’t all that good.  There was more than a little air of ‘me too’ (back when that phrase had a different meaning) about the likes of say, Bibleman.  Mostly because Bob and Larry had genuine heart.

Sadly, heart doesn’t make up for good business planning. After bankruptcy and a lawsuit, Veggietales eventually ended up owned by Universal, which is not exactly a family company

However, I will give the series’ creators, Phil Vischer Mike Nawrocki credit where it’s due, as the decisions they made at the time were the best they could given the information available. At least the franchise, of which new episodes are currently airing on Yippee.TV, is currently licensed out to a production company that at least understands what it’s supposed to be.

Regardless, the kids that watched Lunt and Nezzer are now adults facing adult issues, and if you are Christian few issues are more important than the ones facing your church. 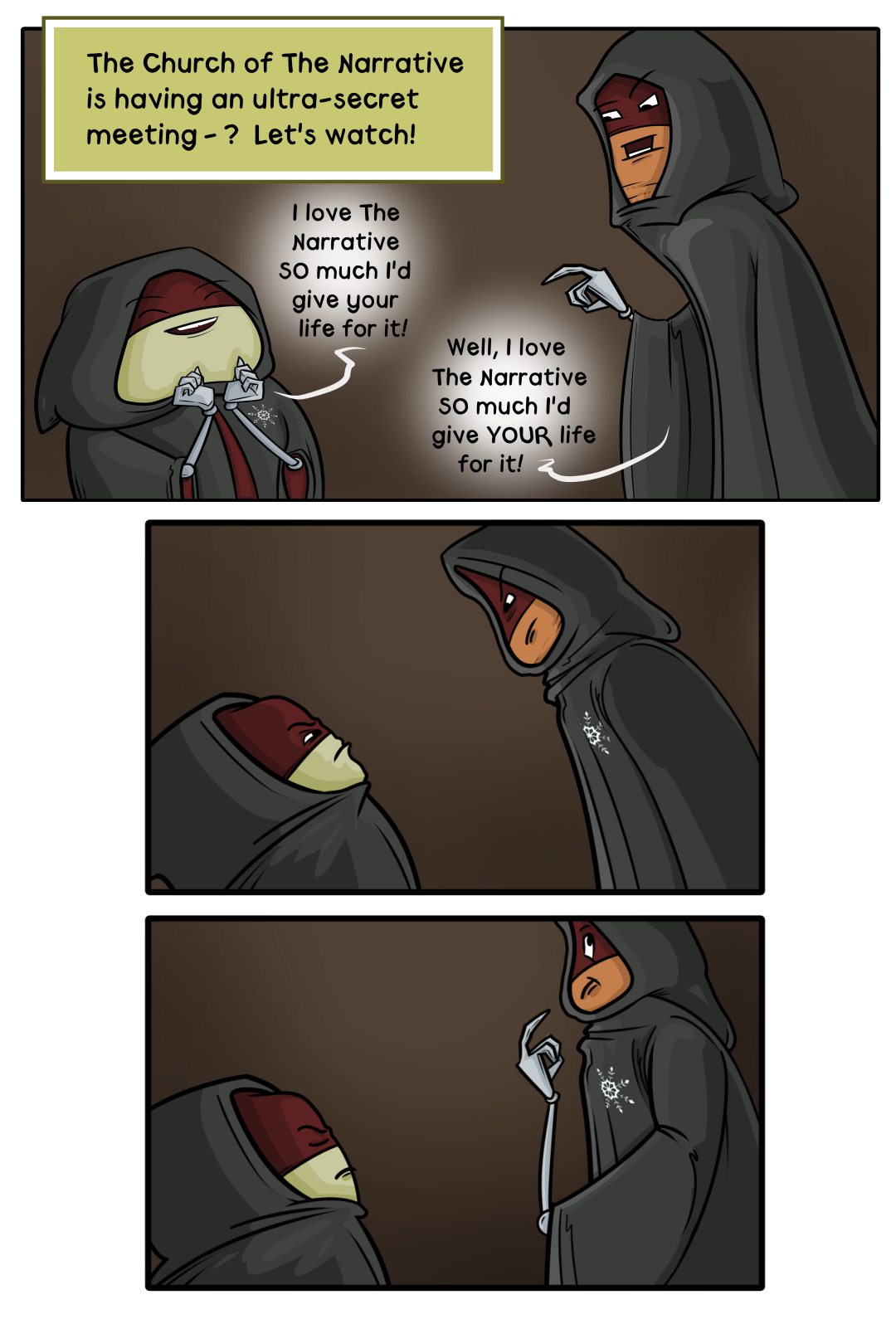 The sad truth is, after thirty years, Bob and Larry have run out of steam. It’s time for something new. Something for today.

That’s where Vegfolk Fables comes in. 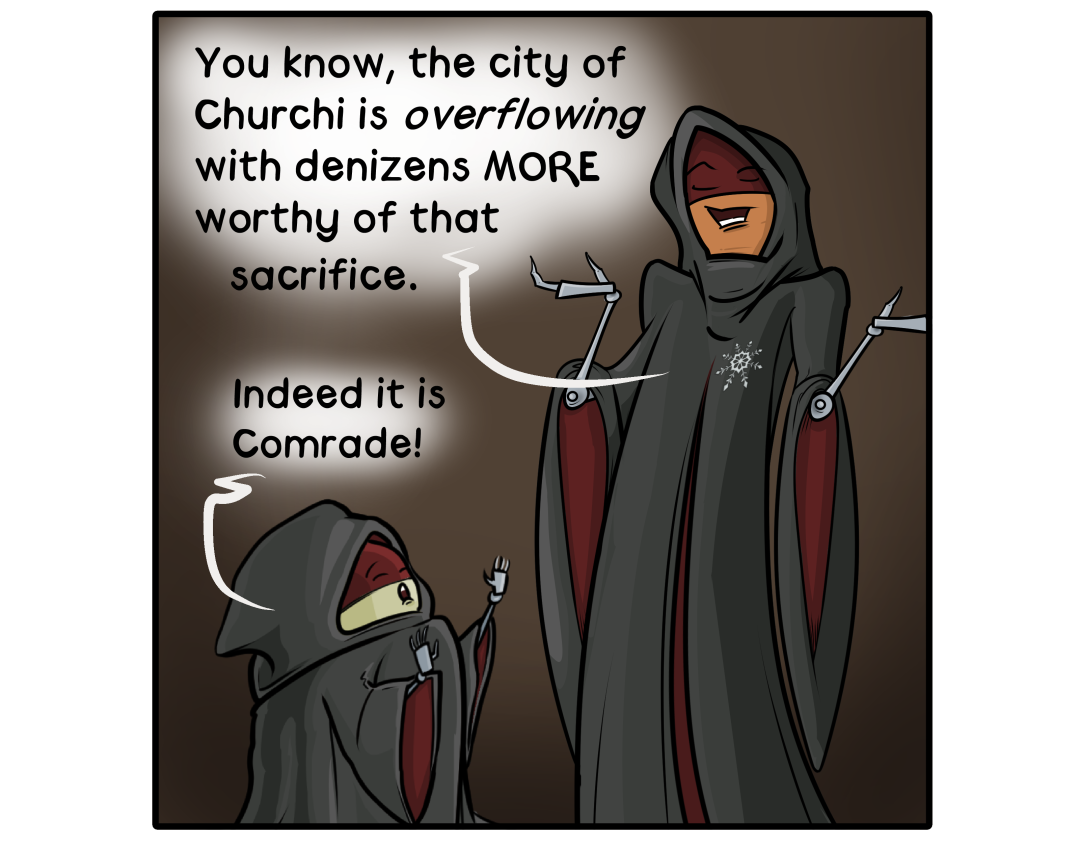 This one is a case of simple is better.

The good news of the gospel is and always was meant for everyone – it was never supposed to belong to a few. 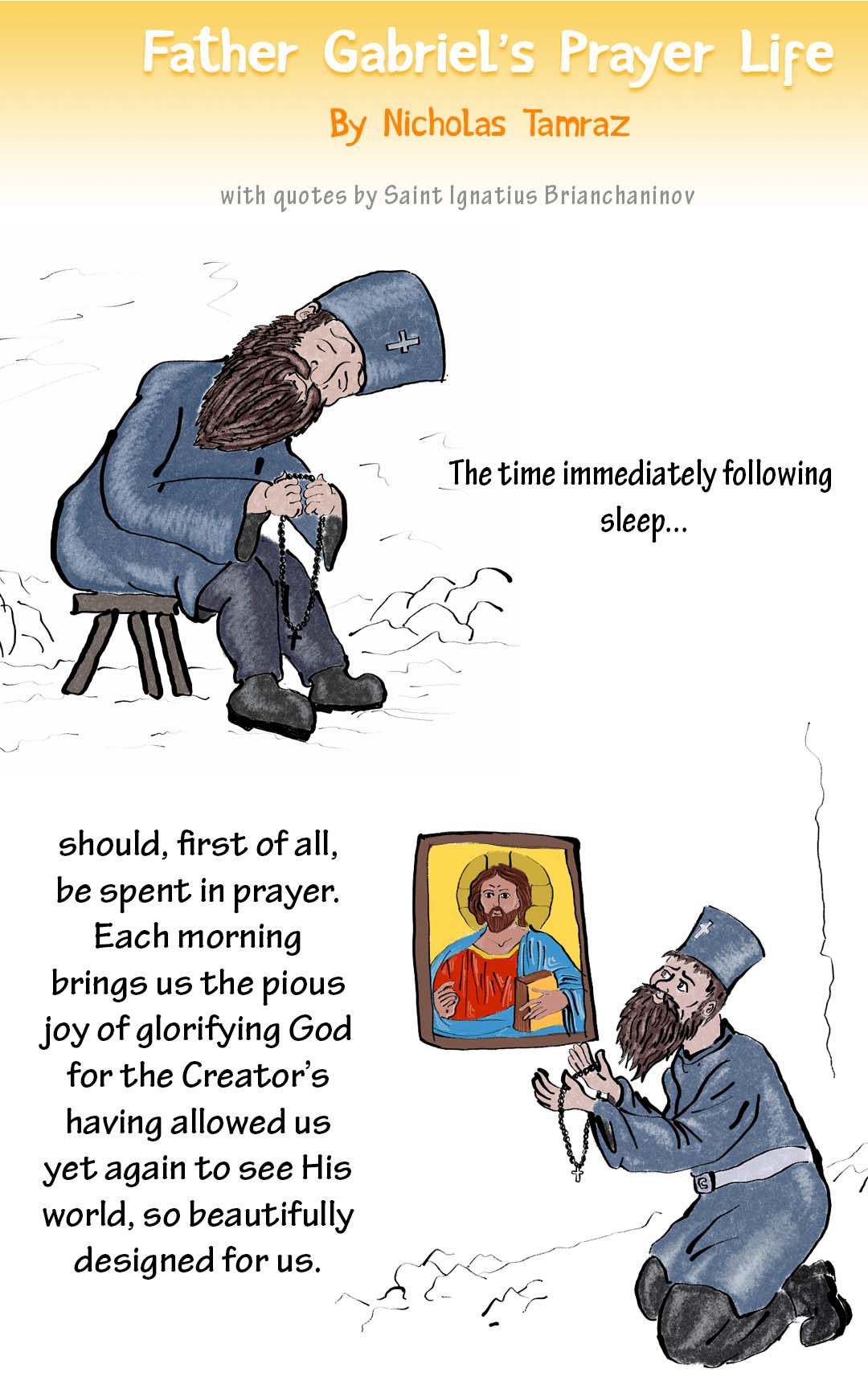 Straightforward, uncomplicated, unpretentious life lessons of Christian humility are presented in this webtoon written from the perspective of an Eastern Orthodox priest. 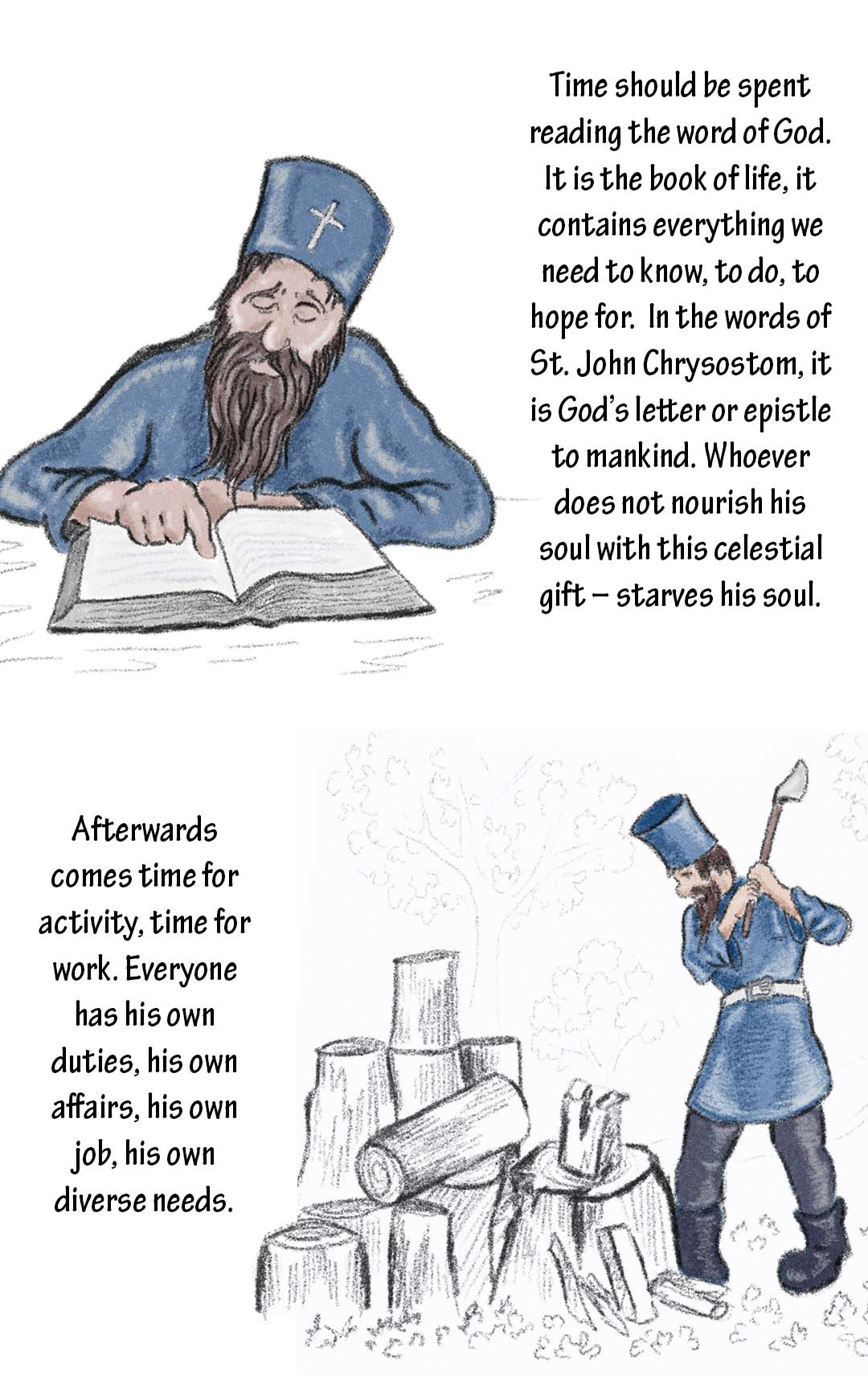 Ordinary life lessons are more often than not, the most important.

Now for something a little less high-minded.

Eclipse Comics was a huge part of the Eighties comics boom.  The Little Indy That Could was frequently found on top twenty sales lists throughout that decade, regularly going head-to-head with the Big Two (Marvel and DC). Airboy, DNAgents, Evangeline, and of course The Rocketeer, Eclipse was genuinely daring and innovative in a field that was suddenly becoming well known for those things after decades of stagnation under the Comic Books Code.

Radio Boy is an intriguing throwback to a time when Americans weren’t all that familiar with manga.  Although Eclipse did indeed start importing the real thing with titles like Area 88, Kamui, and Mai, the Psychic Girl, a few months after Radio Boy was first published, it’s almost as if they were testing the market with this one. 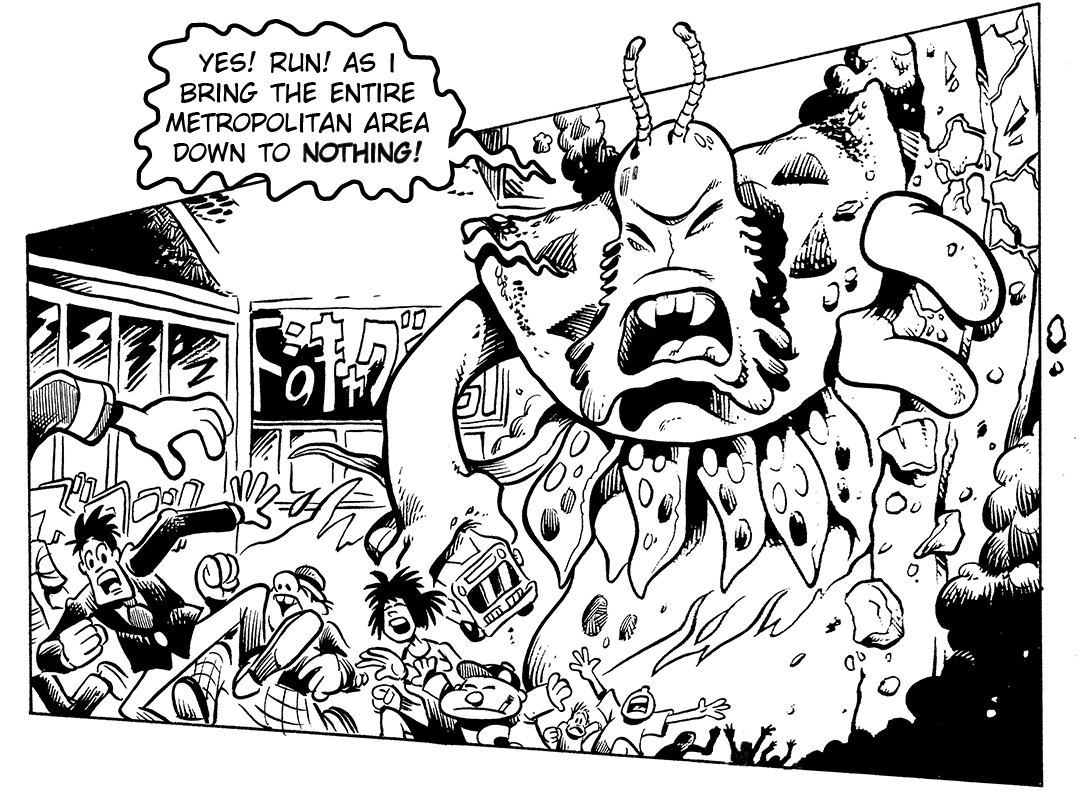 If that was the case, then we owe this odd little comedic tribute to Osamu Tezuka a debt of thanks.

Appearing now at Arktoons for the first time in decades, Radio Boy. 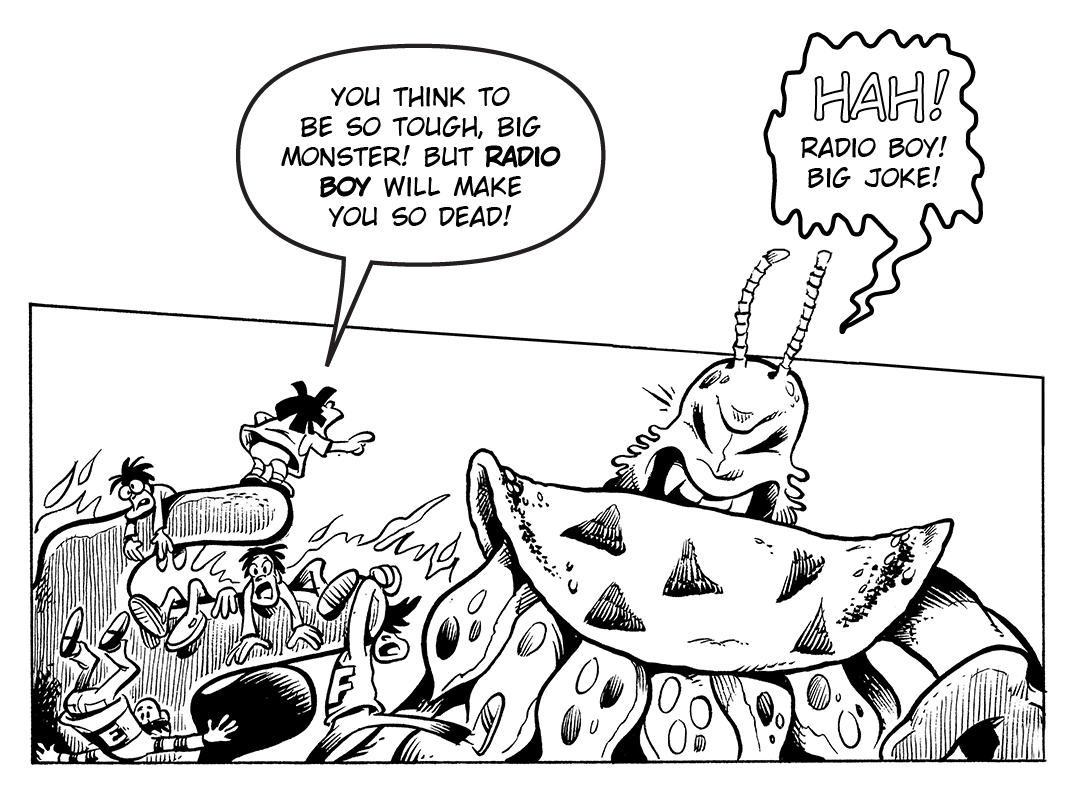 Okay, look Millennials and Zoomers. Generation X had never seen Manga before – we really had no idea what it was supposed to look like. 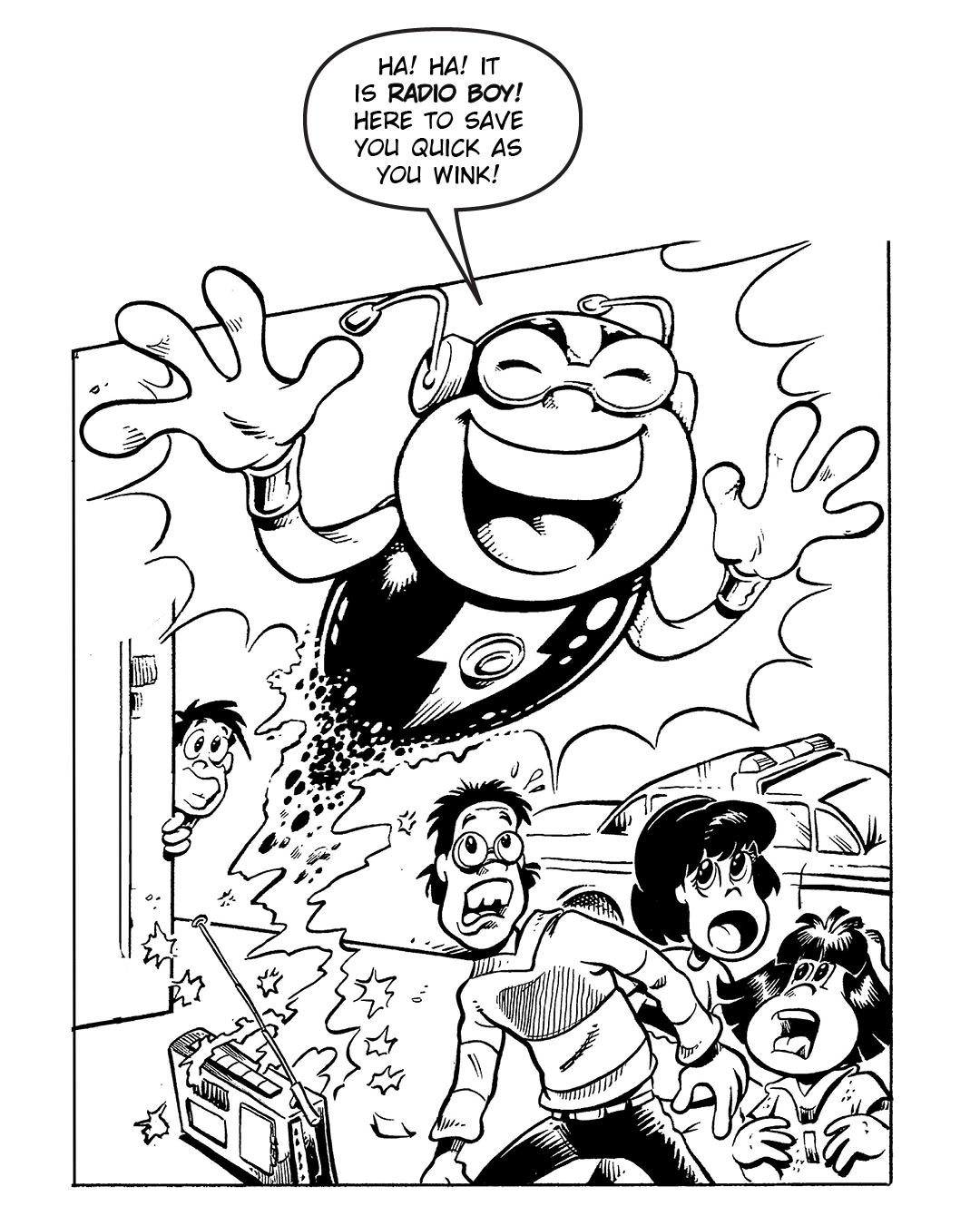