Thanks to Gary Sinise, the Hollywood actor perhaps best known for his role as Lieutenant Dan in Robert Zemeckis’ critically praised Forrest Gump, a U.S. Marine who was gravely injured in Afghanistan can now rest easy in a new home built specifically to accommodate his resulting accessibility needs.

In 2011, while deployed to Afghanistan, U.S. Marine Corps Staff Sgt. Jason Ross stepped on a 10-pound IED (improvised explosive device), which sadly caused him to lose both his legs and a portion of his pelvic bone.

As recalled by Sinise, the actor met Ross shortly after the Marine’s return to the states, and it was this particular meeting that encouraged him to do something life-changing for the Marine by building him a custom-built home for his needs via his eponymously named Gary Sinise Foundation.

“When I actually met Jason and saw the severity of his injury, I was taken aback,” said Sinise in an interview with the American Assocation of Retired Persons regarding his domicile donation. “When I met him down at Naval Medical Center in San Diego, on one of my trips to visit our wounded there, I looked at Jason and I recall I said, ‘Well, you are a miracle.'” 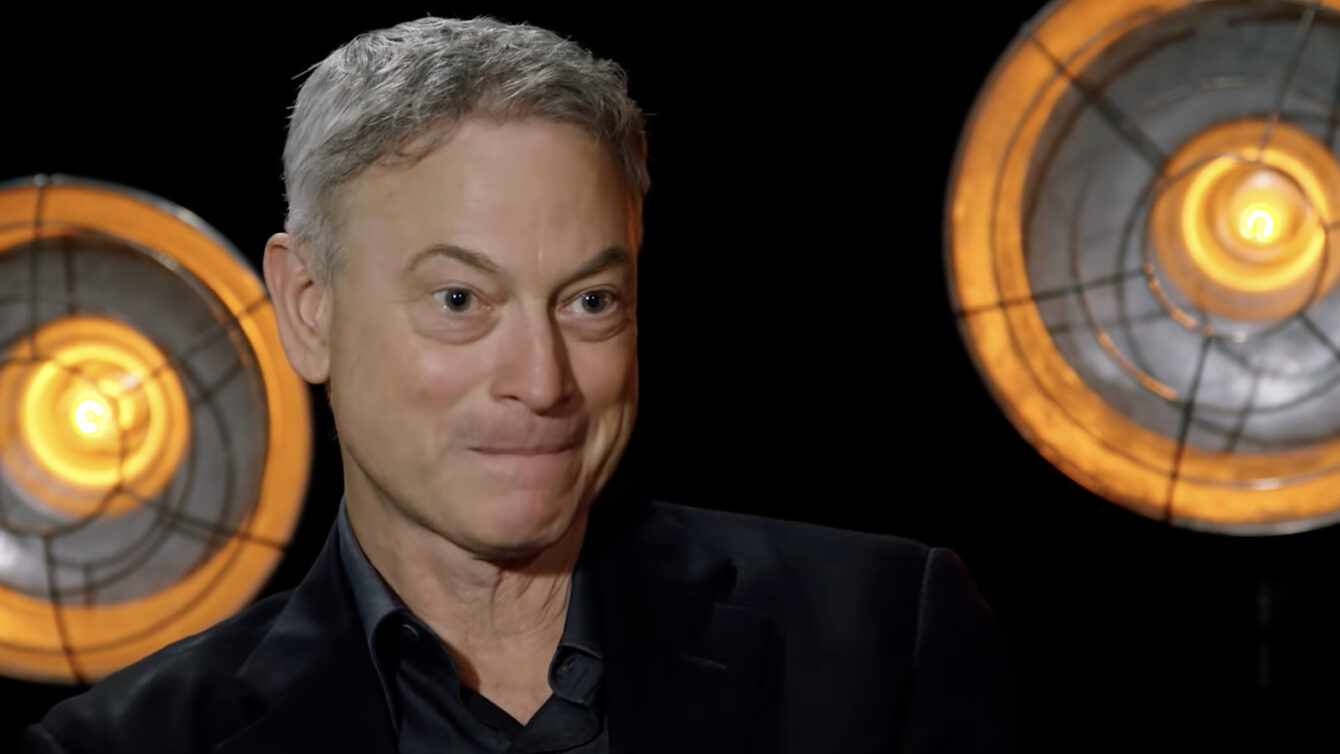 The actor continued, “We wanted to support Jason in his recovery, and moving forward, and to take the stress away. They’ve earned it. They deserve it. They’ve gained a lot for their country. And so we want to give something back.”

“I asked Jason if he would like us to do a home for him,” Sinise then recalled, explaining that “The houses really make a difference because we have a tremendous team of builders that now they’ve done so many houses, with our wounded, that they know just how to do it.”

“The whole thing is to restore independence not only for the service member but for the caregivers,” he added. “He has inspired me. He has motivated me. And people like Jason are the reason I started the Gary Sinise foundation.”

“I just want them to have a happy life going forward and to know that their service meant something,” the humanitarian actor concluded. 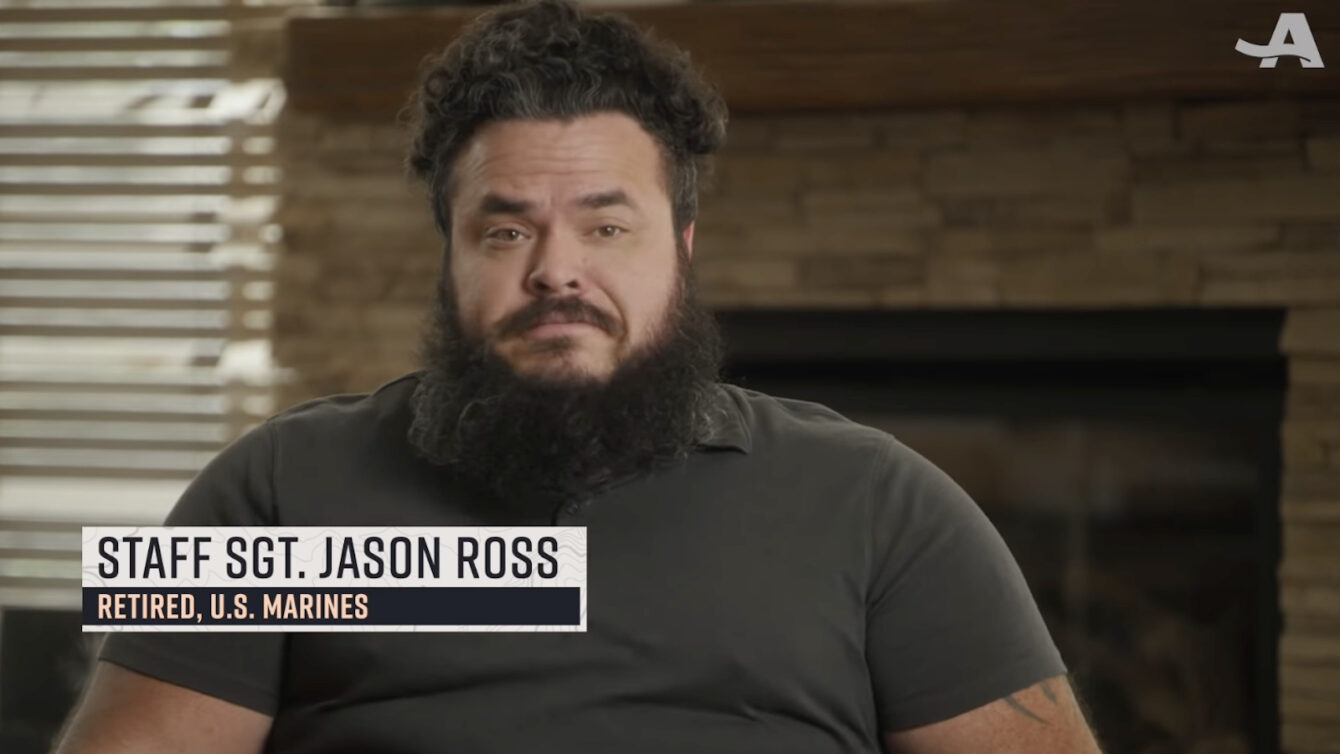 Speaking to the AARP, U.S. Marine Corps Staff Sgt. Jason Ross recalled, “When I found out that they were going to be building the home I was like, ‘Awesome! This is going to be great! I’m going to get the house that will work for me.’ Just the fact that this is now my home. It’s been built to help make my life easier.”

Sinise has told the story why he started the Gary Sinise Foundation countless times, and according to him, the charity was actually borne from both his iconic role as Lieutenant Dan in Forrest Gump and his own familial relation to Vietnam veterans.

“There were a series of steps that led to the creation of the [Gary Sinise Foundation]. There is military in on my side of the family. My grandfather served in World War I, France during the battle of the Argonne,” said the actor in an interview with Fox News’ Mark Levin.

He added, “During World War II my father served in the Navy. Then I met my wife. Her two brothers served in Vietnam. Her sister was in the Army. Her sister married a Vietnam veteran who was a combat medic in the Army. So lots of veterans around me. That’s where the veteran work began.” 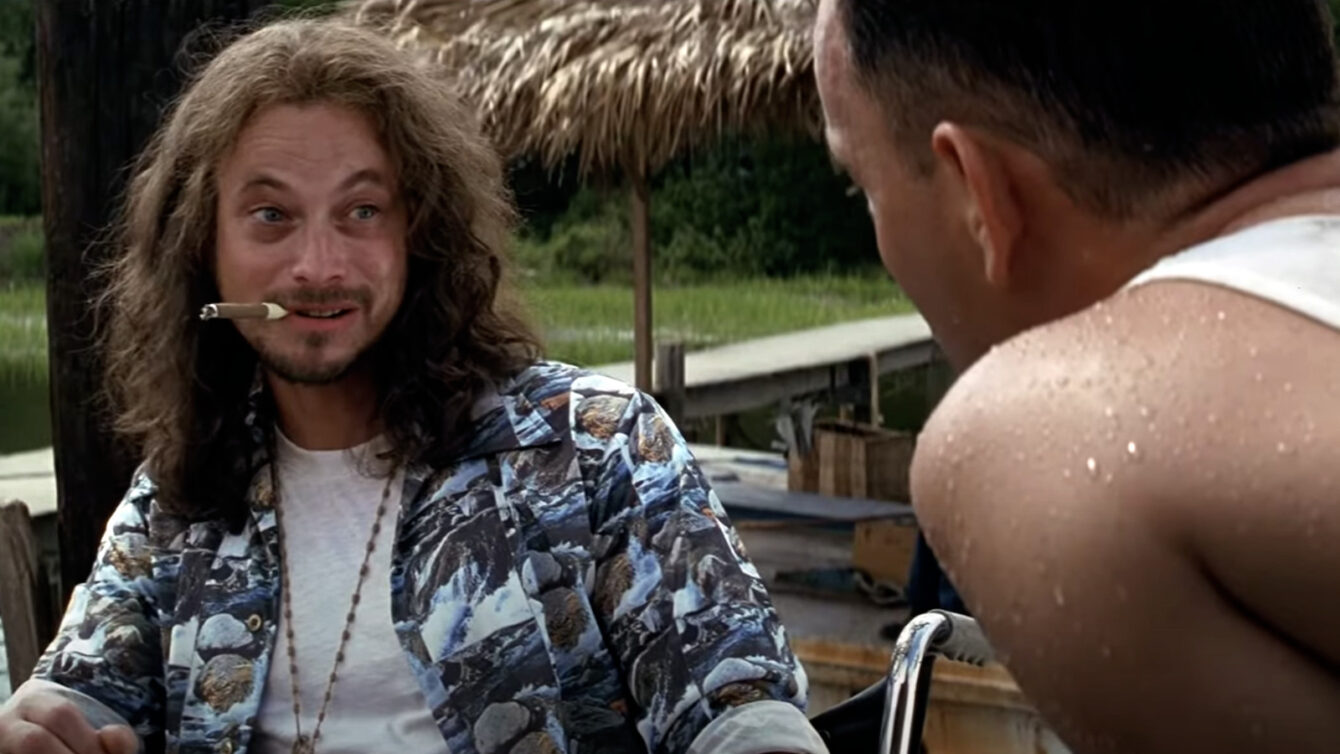 Likewise, when asked about the impact his iconic Forrest Gump character has had on the actor’s life during an interview with CNN’s Wolf Blitzer, Sinise asserted that “Lieutenant Dan is part of my life,” and explained that the role was one of the reasons he started his foundation.

“I realised very early on, when I started visiting the hospitals. The first hospital I visited, military hospital, was Landstuhl over in Germany, and as soon as I walked in, [when] I started visiting our troops overseas, and most of them didn’t even know what my real name was,” recalled Sinise. “They just recognised me from the movie, Lieutenant Dan, and it was an automatic ice breaker. They started talking to me about the movie, and they felt like I could relate to what they were going through because I played that part in the movie.”

He further explained, “And so, very early on I realised that particular character was just going to be a part of my life in a way, because I’m very devoted  to our military, [I’m] very devoted to making sure our veterans know we appreciate what they do, and if they want to talk about Lieutenant Dan that’s fine with me.” 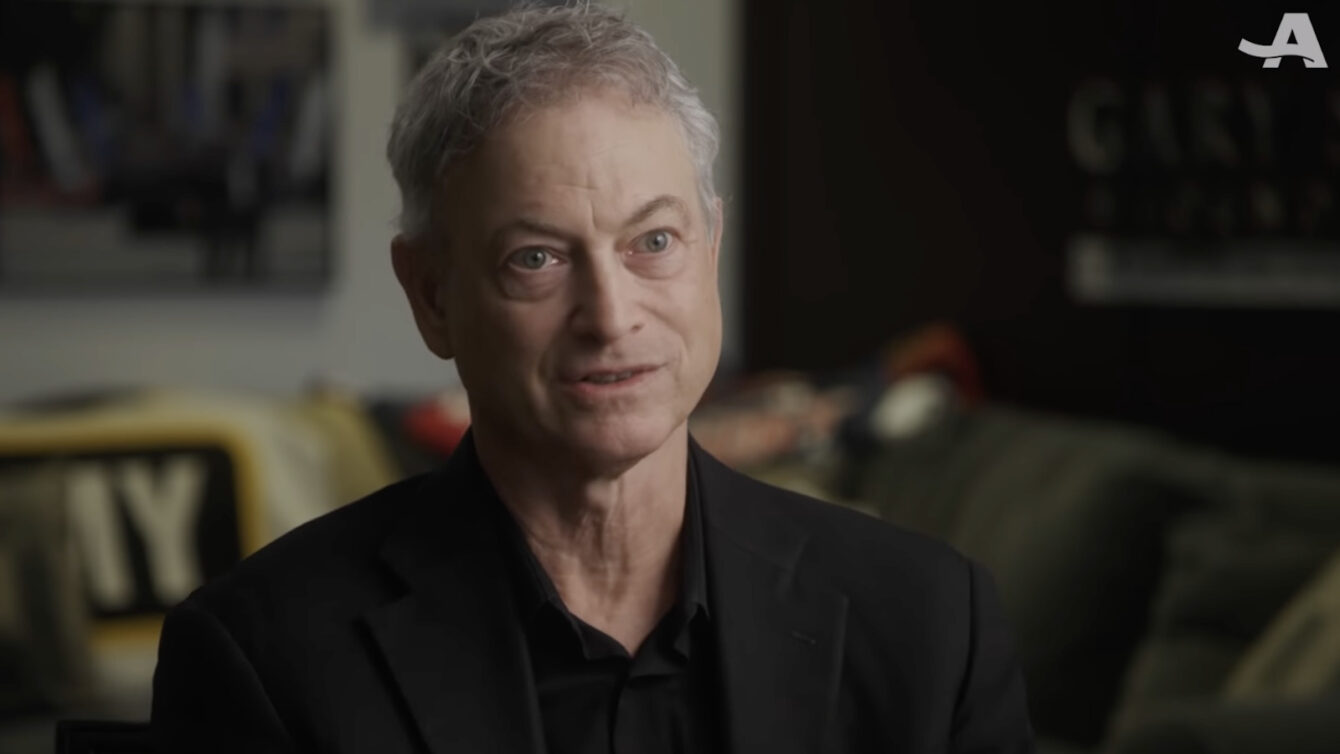 In June of this year, the Gary Sinise Foundation celebrated its 10th anniversary. In the decade since it was established, the foundation has built over 70 specially-adapted houses for wounded veterans and first responders through their RISE (Restoring Independence Supporting Empowerment) programme.

“For the last decade, the Gary Sinise Foundation has evolved to meet the ongoing mental wellness needs of our nation’s service members, first responders, and veterans through innovative and empowering treatment methods, while continuing to provide financial and emotional support to families of fallen heroes, and life-enhancing specially adapted smart homes for the wounded,” read an official statement published in honor of the aforementioned milestone.

It continued, “Over the span of 10 years, we’ve built 71 specially adapted smart homes, provided 290+ emergency relief grants and 10,390+ pieces of essential equipment to first responders, given hope to more than 8,760 family members of fallen military heroes, and so much more.” 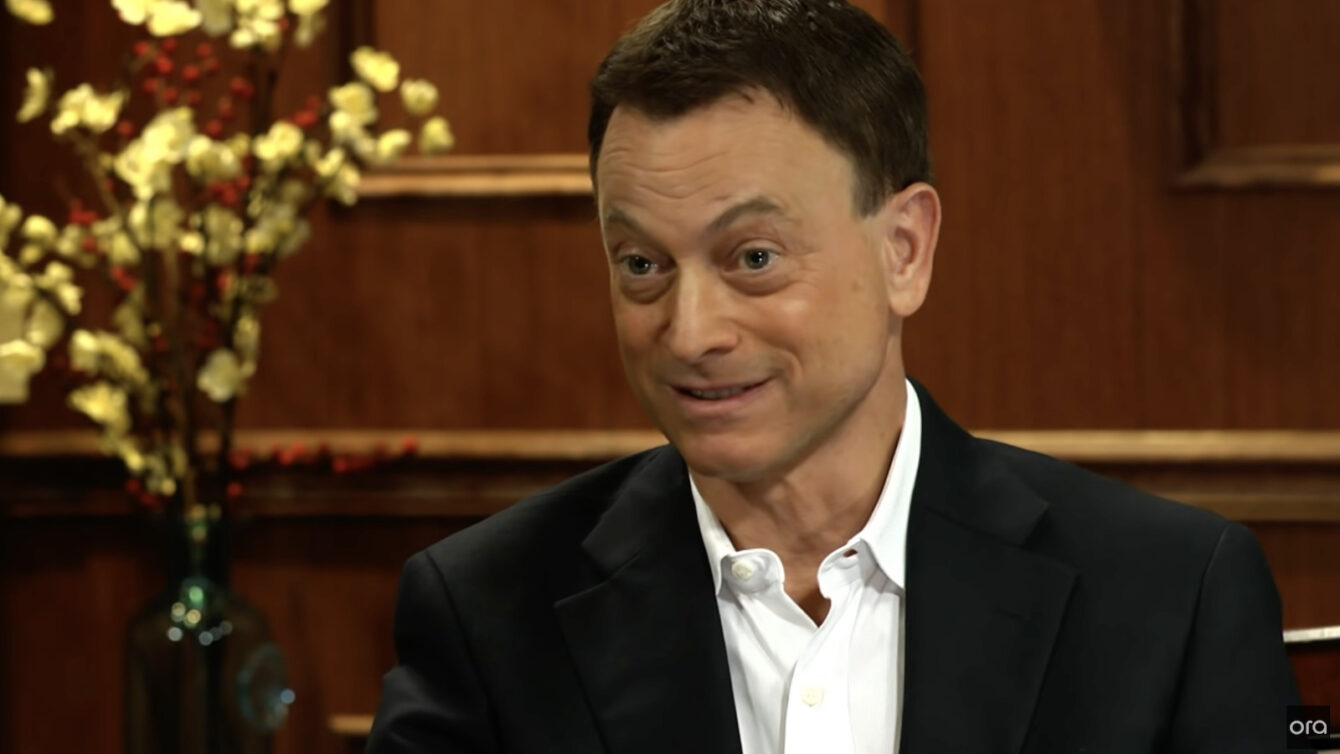 What do you make of Sinise’s ongoing mission to help wounded veterans and first responders? Let us know your thoughts in the comments section down below or on social media.