Netflix showed off a first look at their upcoming live-action Gundam adaptation during their Netflix Festival Japan 2021 presentation.

Along with this first look, they also provided a brief background on the Gundam franchise although they didn’t reveal any details about the film.

That brief background begins, “The story for the live-action film version of Gundam is being kept under wraps but the original Gundam series is set in the Universal Century, an era in which humanity’s growing population has led people to emigrate to space colonies.”

It continues, “Eventually, the people living in the colonies seek their autonomy, and launch a war of independence against the people living on Earth. Through the tragedies and discord arising from this human conflict, not only the maturation of the main character, but also the intentions of enemies and the surrounding people are sensitively depicted.” 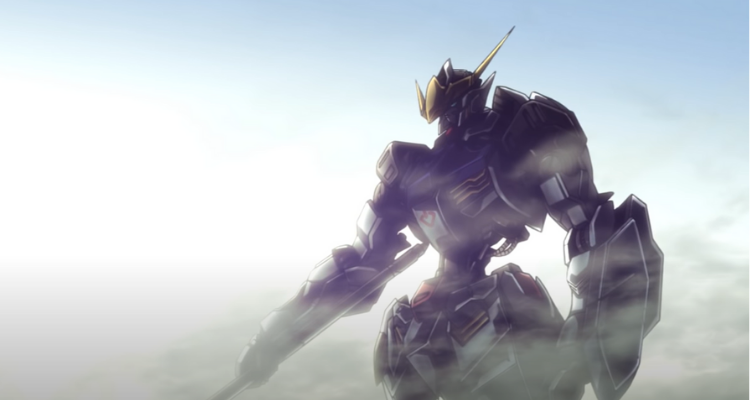 They tweeted, “Grab your Mobile suits! Jordan Vogt-Roberts has been set to direct and produce Legendary’s first-ever live-action feature film version of Sunrise’s GUNDAM for Netflix.”

The director posted, “A tweet cannot begin to express how excited I am by this!” 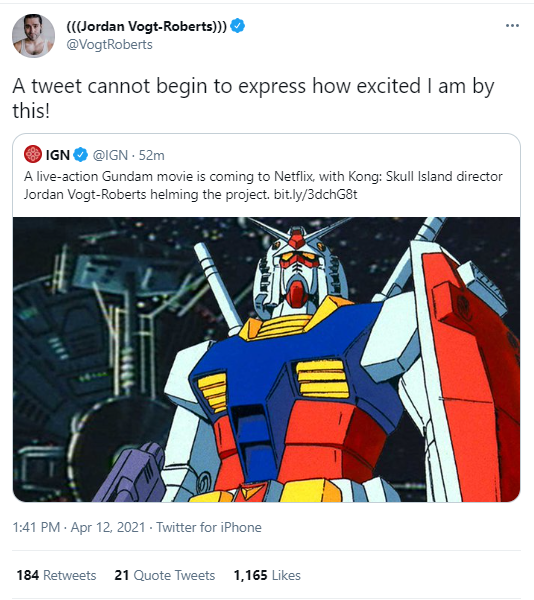 It was previously announced that Y: The Last Man comic book writer Brian K. Vaughan would be penning the script for the film.

Vaughan is also an executive producer on the project alongside Legendary’s Cale Boyter. 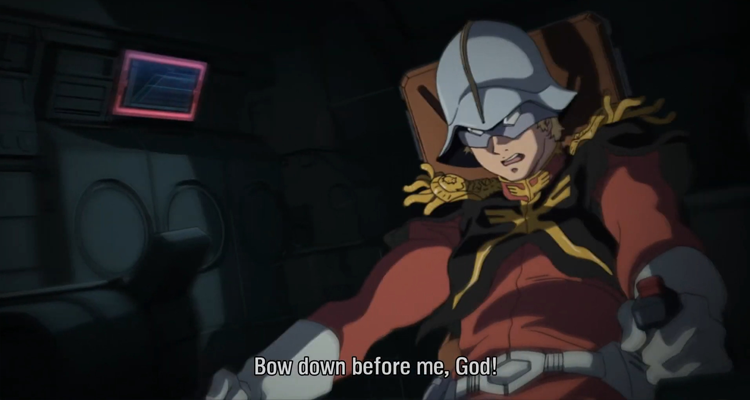 If you are new to Gundam, Vogt-Roberts suggests you watch Thunderbolt: December Sky.

“There’s a sequel, but the trilogy is not yet complete so I think you can skip the sequel for now,” he added. 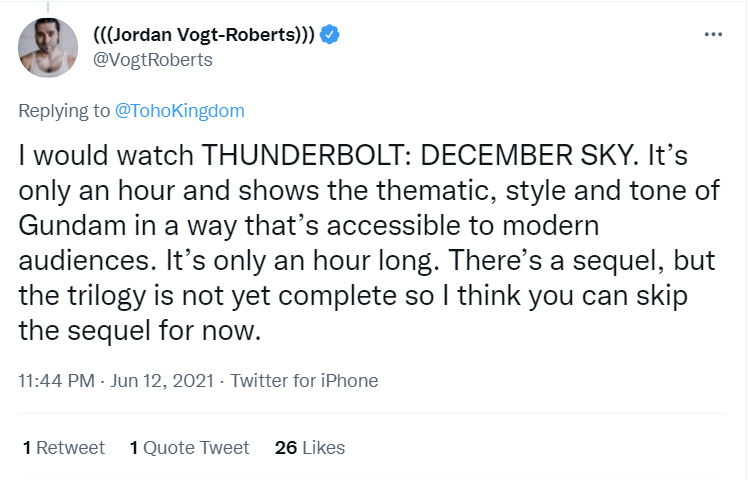 What do you make of this first look for the upcoming Gundam live-action film?