Scooper Daniel Richtman claims that Eternals actor Barry Keoghan appeared as the Joker in a recent test screening for Matt Reeves’ The Batman. 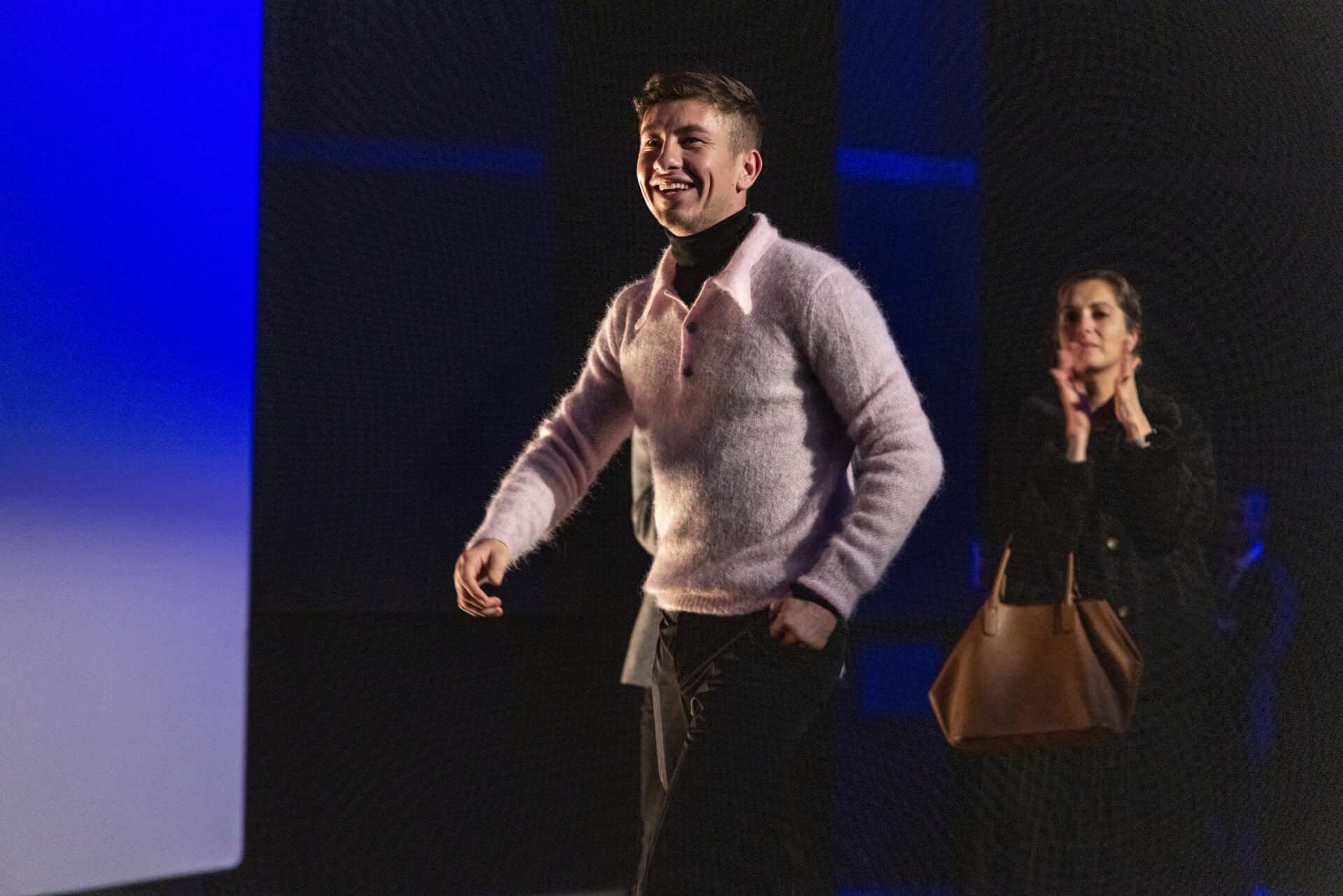 Barry Keoghan makes a surprise appearance at a fan screening of Marvel Studios’ “Eternals” in London, UK on October 28, 2021.

Keoghan’s name first circulated as Joker when pop culture gossip brand Deuxmoi shared a post to their Instagram Story that read, “I have really lockdown information that probably will send the internet in a swirl. And its a hundred percent true. Barry Keoghan will be playing… THER JOKER on the new BATMAN. your welcome exclusive info.” 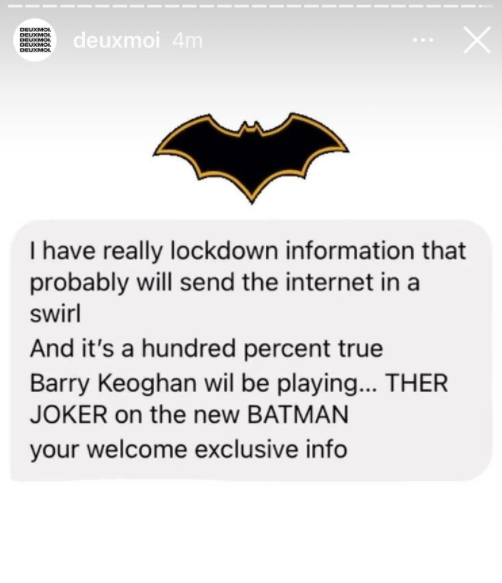 Eric Keoghan commented, “So it’s finally out My Brother playing the JOKER in the new Batman Unreal Stuff.”

Barry Keoghan’s brother is either trolling or accidentally spoiled the Joker reveal in #TheBatman 🃏 pic.twitter.com/ezc2HNnid2

Now, Twitter user ViewerAnon claims, “Psst. Barry Keoghan wasn’t in the last two test screenings of THE BATMAN but he was in there tonight.”

He then shared a gif of the Joker from Batman: The Animated Series. 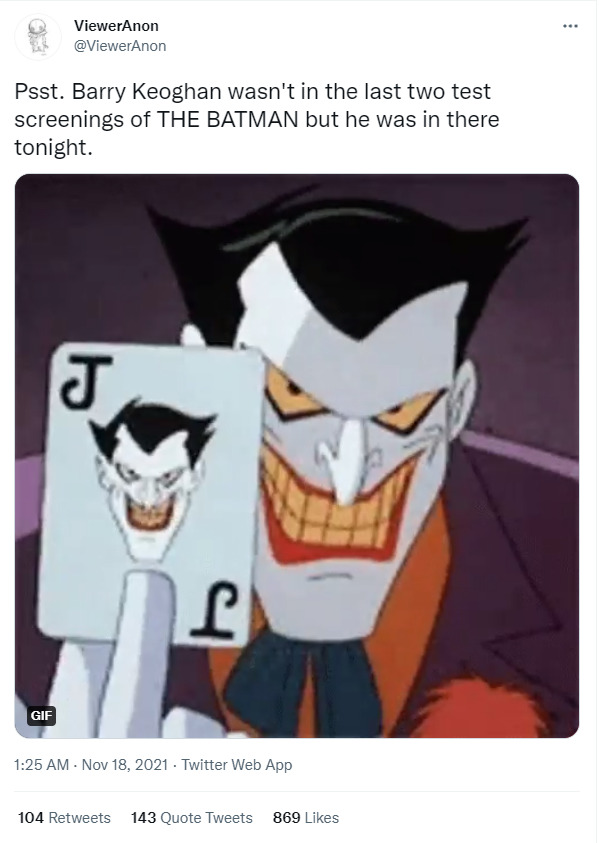 Scooper Daniel Richtman would respond to the tweet stating, “Heard the same.” 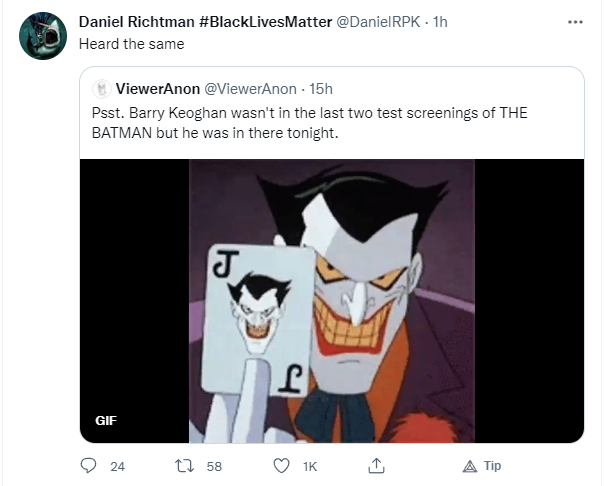 Warner Bros. and DC Films had previously announced that Keoghan was playing a character named Officer Stanley Merkel back in August 2020 when they released a teaser for the film at DC FanDome.

In the description of the video it reads, “Barry Keoghan (‘Dunkirk’) as Officer Stanley Merkel.”

Keoghan even shared a photo of himself wearing a Batman crew sweatshirt in April 2021. 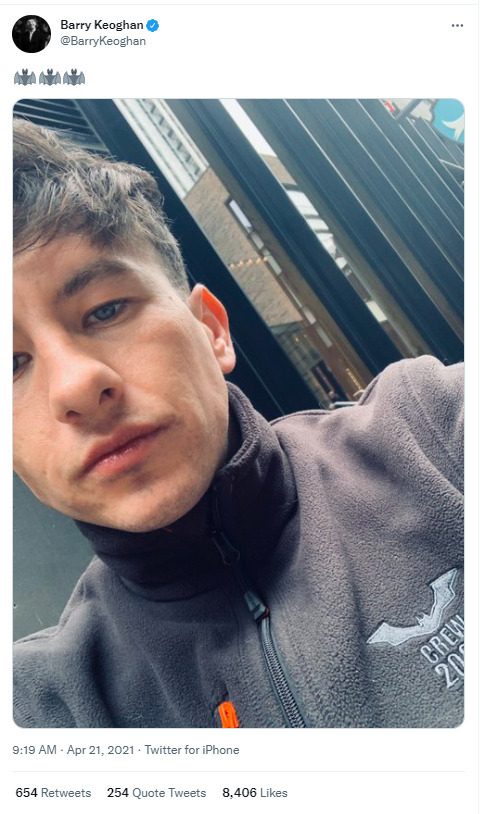 Merkel is a relatively obscure character in DC Comics. He was created by Frank Miller and first appeared in Batman: The Dark Knight Returns #1.

He would be introduced into the main Batman continuity in Batman #405 as part of Frank Miller and David Mazzucchelli’s Batman: Year One story arc.

He primarily appears as a patrol cop with his face hidden and a only a silhouette shown. 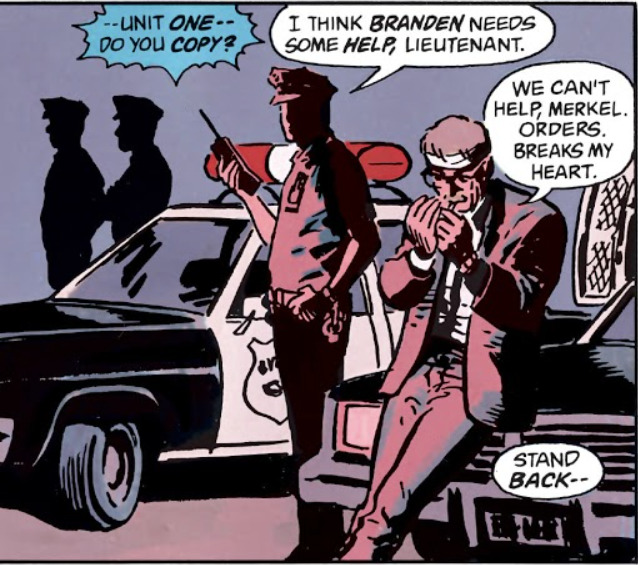 If Keoghan is playing The Joker, it’s possible he’s posing as Merkel.

Jerome Valaska also posed as a police officer in Gotham when he took out the GCPD headquarters and kidnapped GCPD Commissioner Sarah Essen. 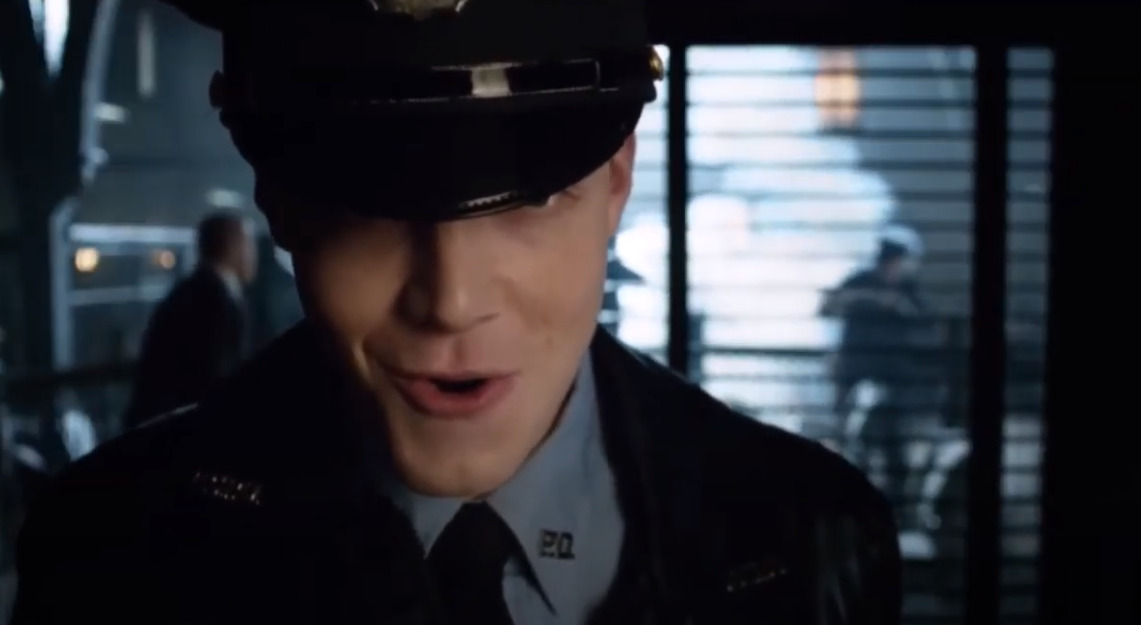 What do you make of this rumor that Keoghan is playing the Joker?