Nightmare Alley is a bit of a departure from co-writer and director Guillermo del Toro since the Mexican filmmaker typically sticks to the horror or supernatural genres. Nightmare Alley is a different adaptation of the 1946 novel of the same name by author William Lindsay Gresham and not a remake of the 1946 film directed by Edward Goulding (according to del Toro himself).

Del Toro brings his beautifully bleak ambiance to the neo-noir and psychological thriller genres in Nightmare Alley. The film has a way of making the audience feel uneasy in the sense that something horrific is likely to lurk deep within the confines of every haunted house within an amusement park or carnival.

The film opens with Stanton “Stan” Carlisle (Bradley Cooper) dragging a wrapped up dead body. He drops it in a hole dug into the wooden floor of the living room to a house. He lights the body on fire, which ignites the house in flames. He walks away as it burns without looking back.

Stan makes his way to a carnival where he gets hired on and begins working his way up from the bottom. He establishes himself as a mentalist and eventually decides to branch off on his own. Later on, he sells out shows nightly on his name alone, but Stan still isn’t satisfied. His insatiable greed and eventual belief in his own tricks lead to his inevitable downfall. 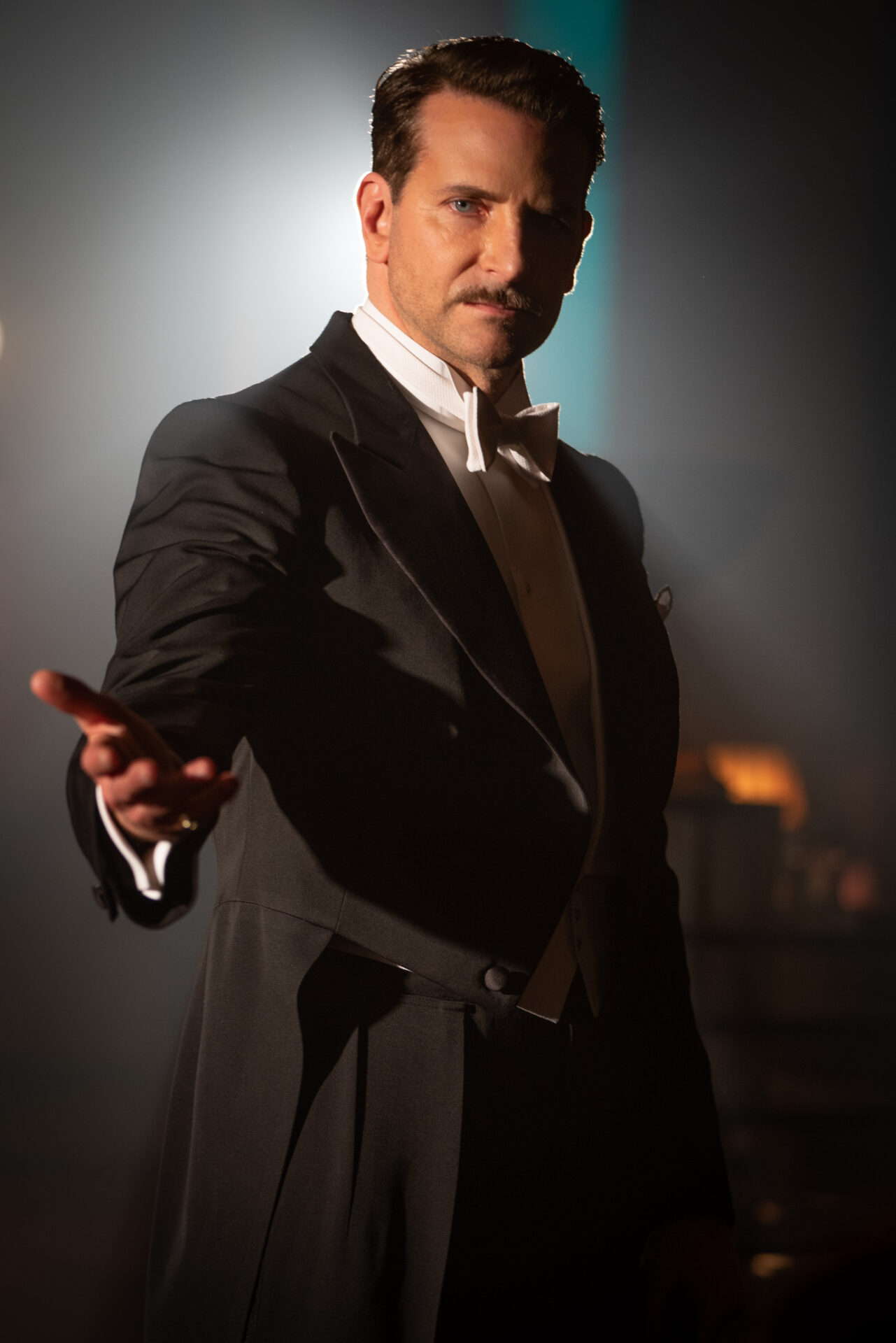 At 150-minutes, this is del Toro’s longest film to date and it feels like it. The thought will cross your mind that the film shouldn’t be as long as it is, but the problem is that cutting anything would likely result in something less satisfying.

It’s essential to see how Stan works; his learning process, how he transitions from a homeless drifter to a successful entertainer, and everything in between. Nightmare Alley is loaded with foreshadowing as every little detail seems to be important later on. 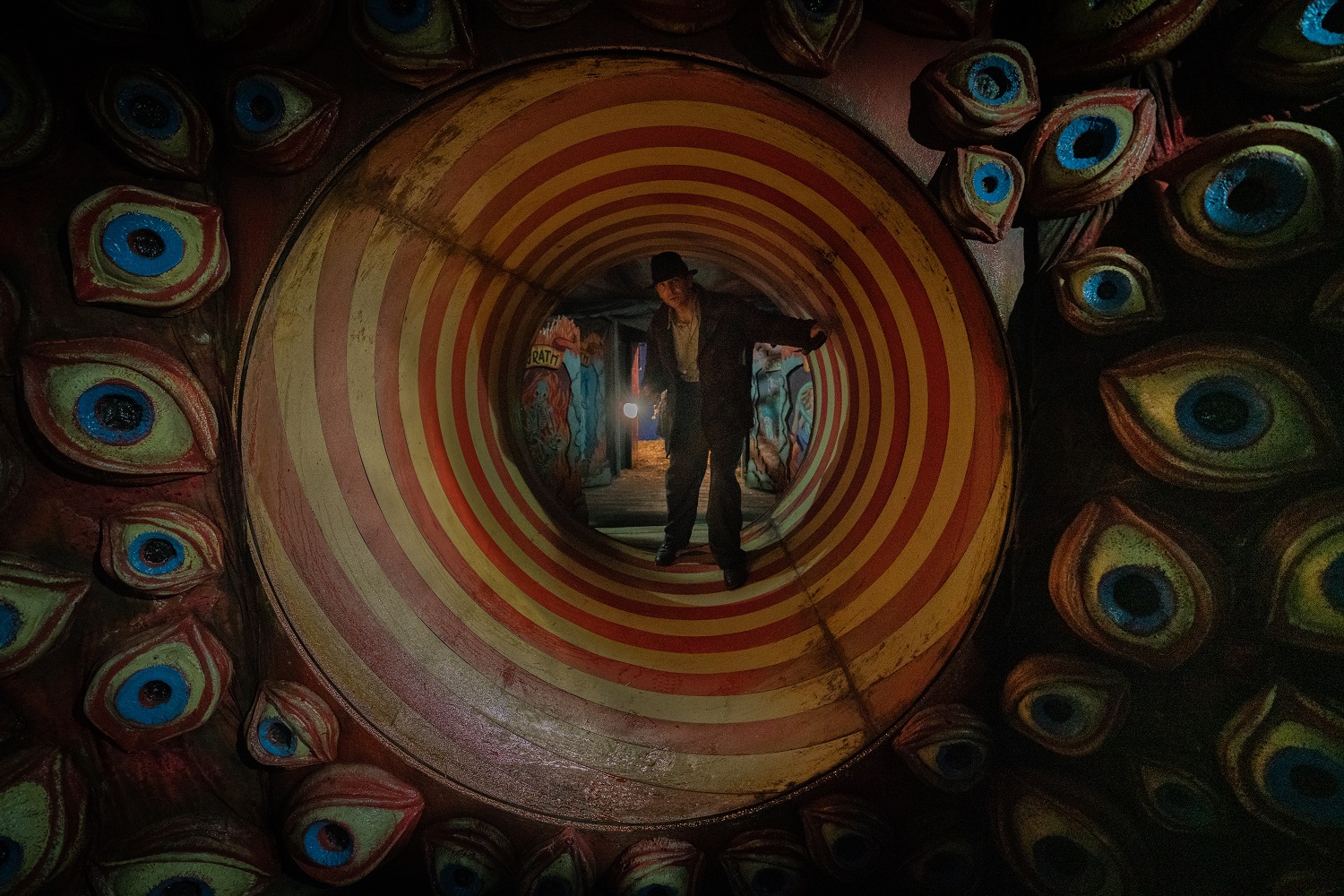 Two conversations are absolutely essential in Nightmare Alley that you should take note of while watching. Stan’s conversation with ringmaster Clement “Clem” Hoately (Willem Dafoe) at the restaurant where they eat steak and eggs and the drunken lecture Peter “Pete” Krumbein’s (David Strathairn) gives Stan about his book of mentalist techniques.

Stan spirals into the very thing everyone keeps warning him about. It’s a fascinating downfall that takes some time to get to, but is relatively fantastic by the time the ending rolls around. 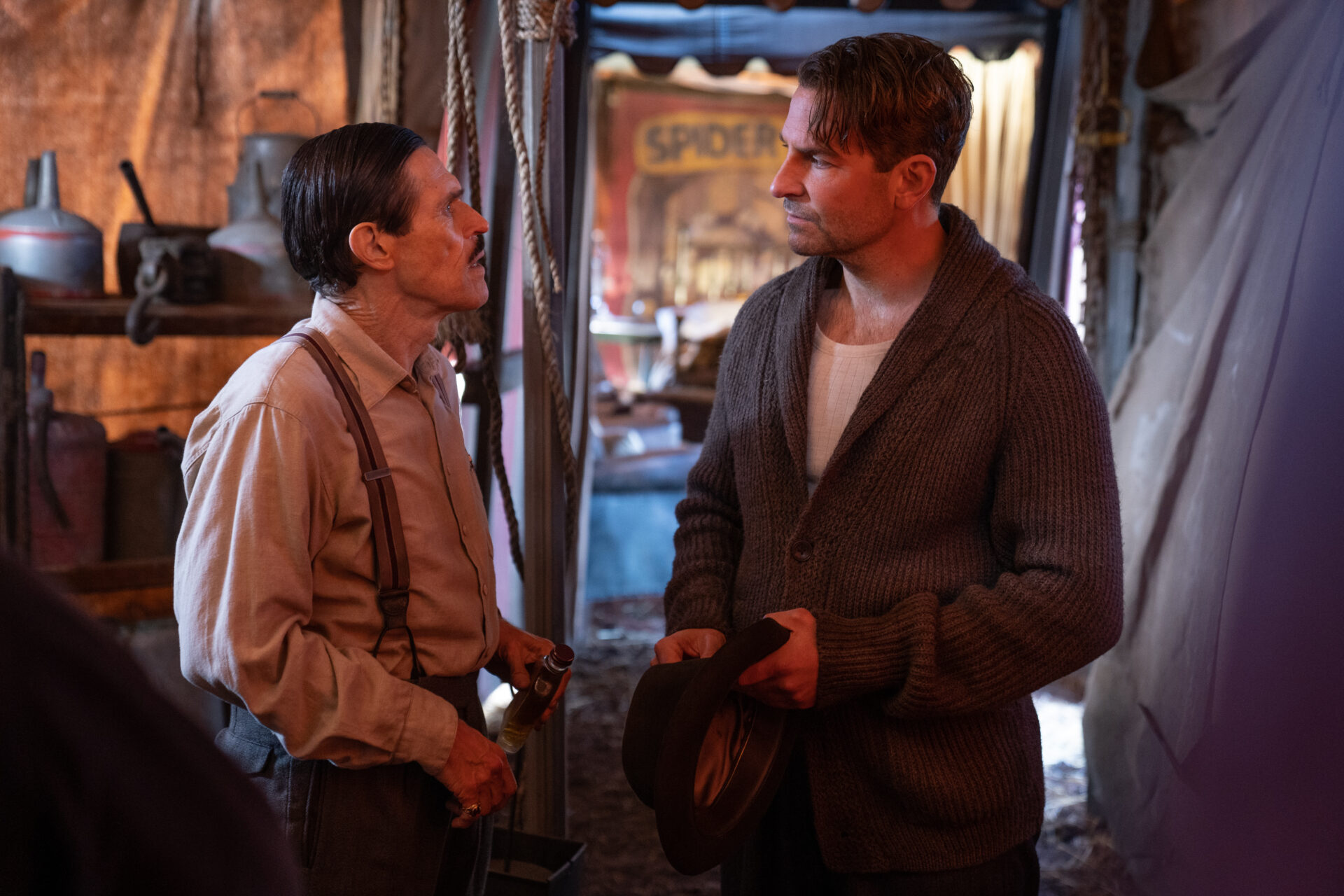 Stan keeps coming back around to tarot cards. Much of it has to do with Pete’s wife Zeena (Toni Collette) always having a tarot deck around, but it factors in to how Stan utilizes the carnies for his own success. Stan has an almost photographic memory and soaks up any sort of knowledge or trick that he either reads or observes.

His relationship with Molly Cahill (Rooney Mara), a young woman whose act involves electrocuting herself, is perhaps the most intriguing because of this. Does Stan ever really actually care for Molly or is it just about his own success? The way Stan treats Molly, especially after they branch out on their own, gives you a fairly straightforward answer. 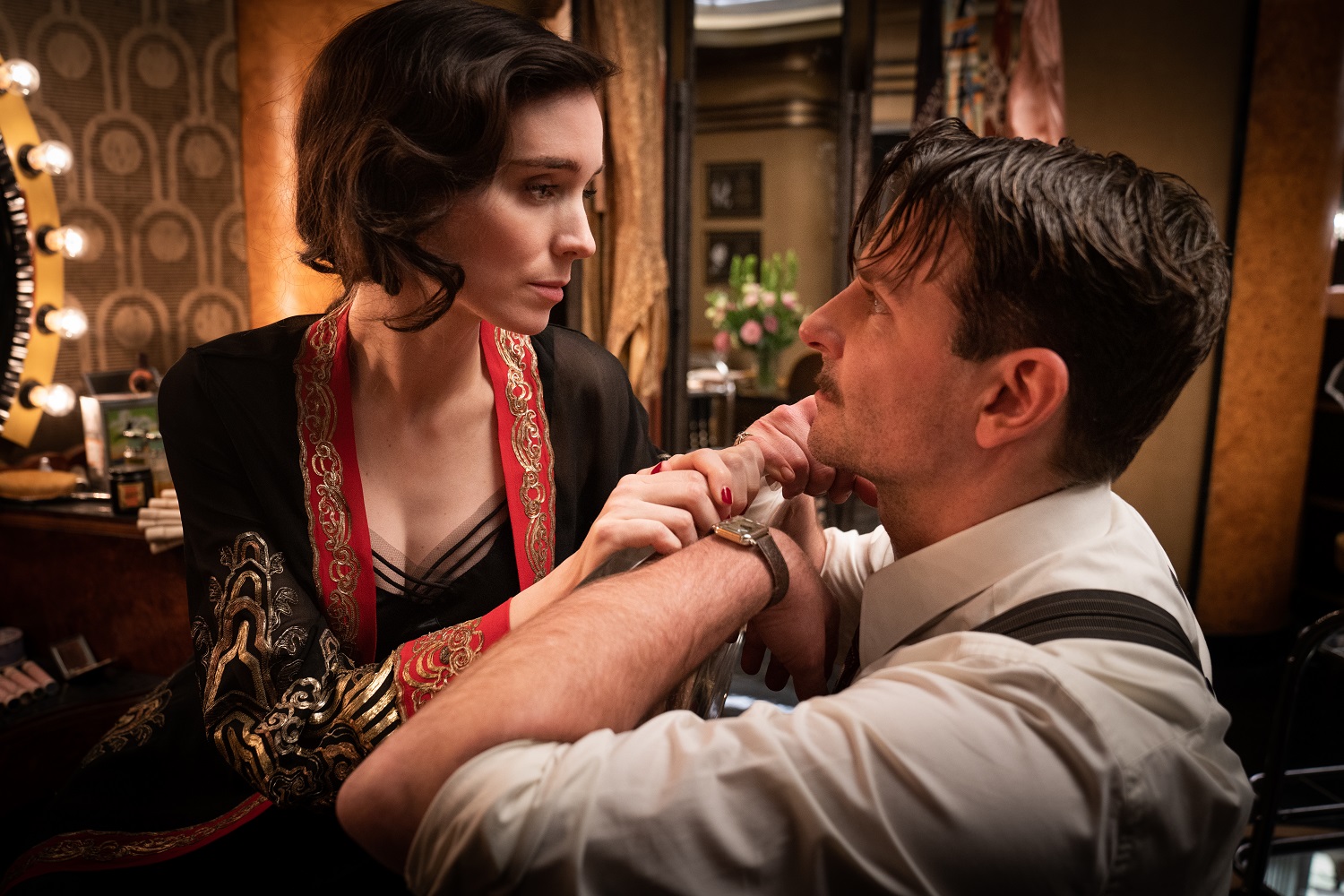 The cinematography of Nightmare Alley is also stylish and mesmerizing. Dan Laustsen, the director of photography, has collaborated with del Toro on Mimic, Crimson Peak, and The Shape of Water previously.

Visually, Nightmare Alley fits right in with the likes of Crimson Peak and The Shape of Water. The aesthetic of the film; the creepy carny attractions, the way the film seems to shine when it’s at its darkest, and the film’s glorious use of a dingy yet hypnotic color palette all cater to del Toro’s distinctive style as a filmmaker. 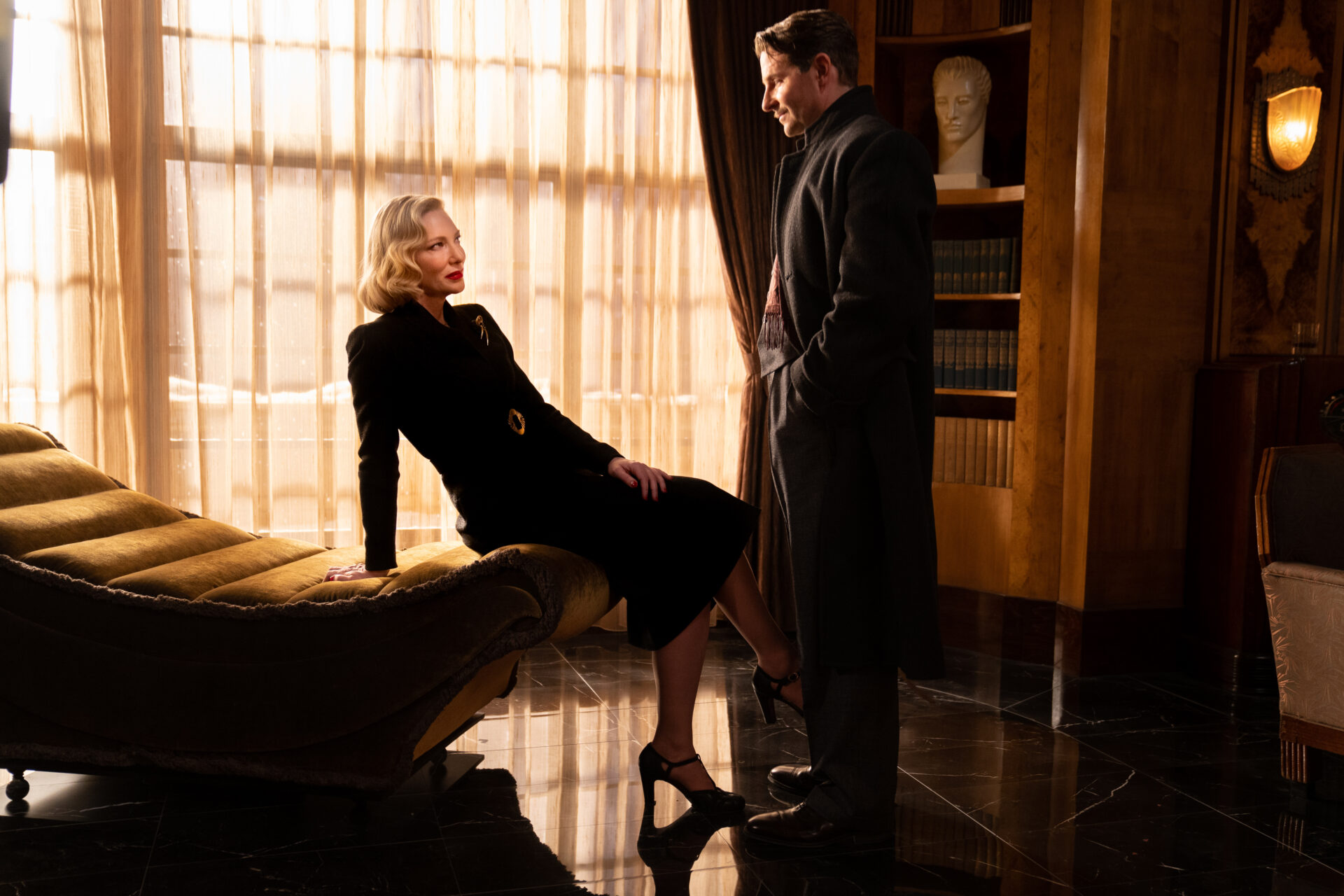 Cate Blanchett and Bradley Cooper in the film NIGHTMARE ALLEY.

However, the camera shots in Nightmare Alley seem to be way more dynamic compared to del Toro’s other works. Simple shots like cars driving down the street or two people sitting at a table are given much more flair thanks to unusual perspectives and angles other del Toro films haven’t explored before.

The film’s use of shadows factors in to its visual appeal. What occurs in darkness in Nightmare Alley is just as relevant, if not slightly more so, than what takes place in proper daylight. 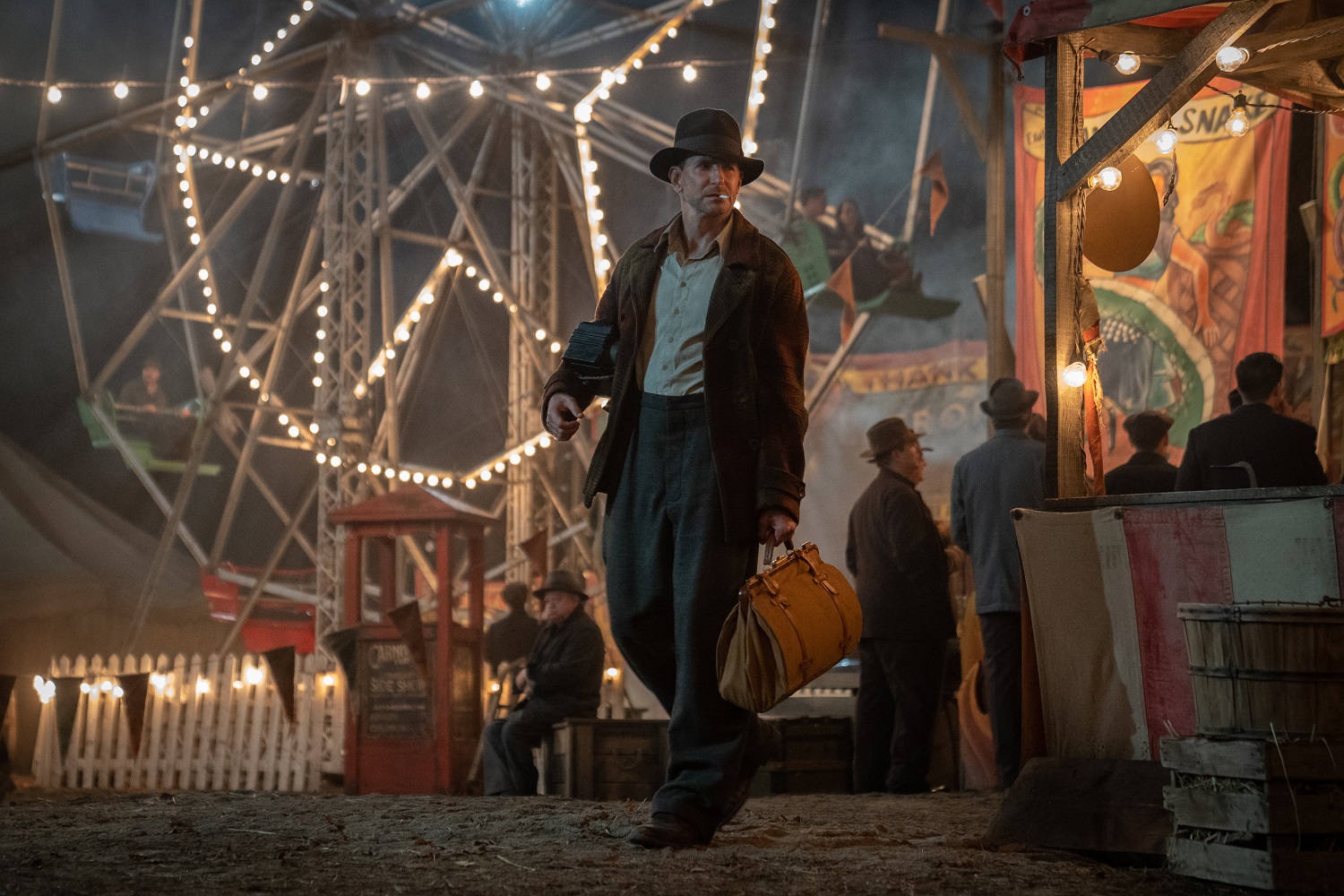 The duration of Nightmare Alley may seem like a slog even as you’re watching it. On one hand, your mindset is essentially, “How many times do I have to watch Bradley Cooper read a book and point at his temple over and over for two and a half hours?”

But Nightmare Alley is expertly crafted in a way that every sequence feels relevant later on and it leaves you with a lot to ponder after it ends. It’s a beautiful film with an incredible cast full of strong performances from del Toro regulars.

It may feel like an extreme case of a slow burn, but it’s also a rare instance where it’s worth your valuable time and the investment. The audience being in on the con from the start makes you feel like part of the carny family. At this point in his illustriously hellish career, Nightmare Alley is arguably Guillermo del Toro’s best written film.