Very few readers are likely to remember an obscure variant of John Constantine who, unlike his regular universe counterpart wears a mask and a costume, but DC is giving us a refresher. 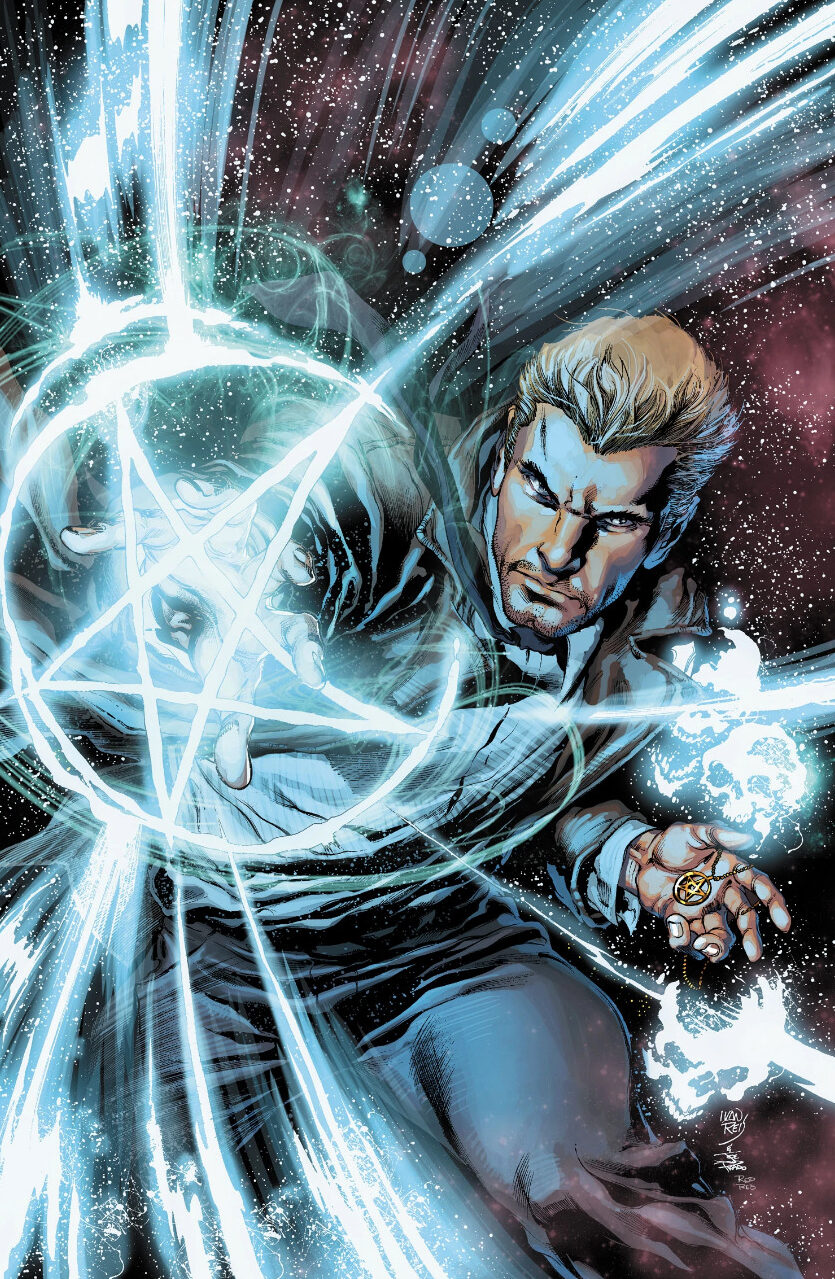 First introduced in The Multiversity: Guidebook #1 (2015) as one of Earth-13 resident mystical heroes, the wizard called Hellblazer – a nod to the Vertigo series starring the original incarnation of Constantine – has popped up once again in the new issue of Justice League Incarnate, wherein he plays bar host to the recently-formed multiversal superteam. 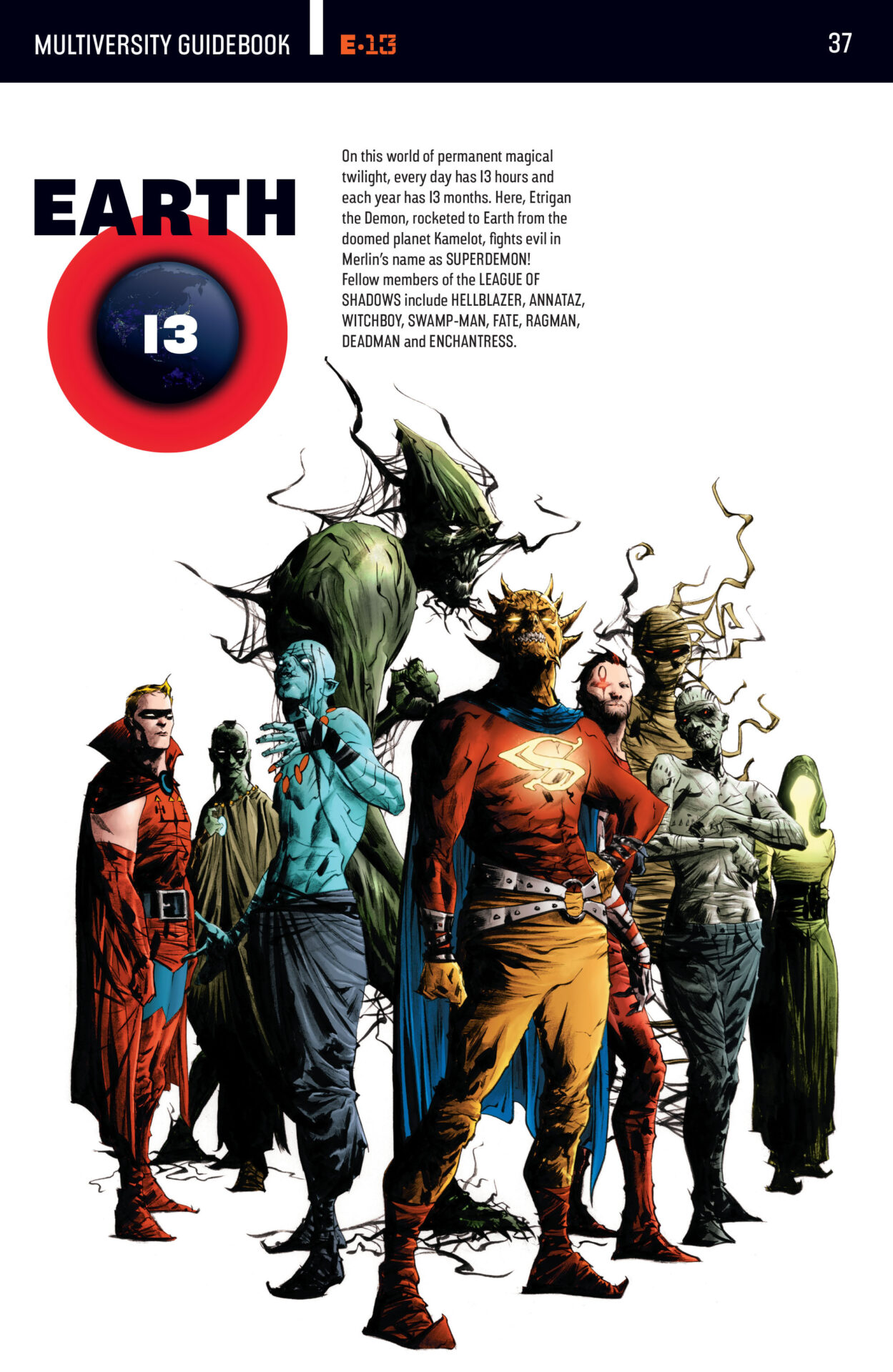 As seen in Justice League Incarnate #2 (2021), members of the led by President Superman – a.k.a. Calvin Ellis – end up on Hellblazer’s Earth after following the trail of boom tube energy left behind by Darkseid and his armies as they rampage across the Multiverse.

However, shortly after arriving, the team discovers that the Lord of Apokolips’ trail has gone cold. Turning to seek help from one of his contacts on Earth-13, President Superman then brings the team to the Tavern of Mystery – a spin on Constantine’s regular abode, the House of Mystery.

After President Superman says the password to get in (“vertigo” backward), the JLI is greeted by the caped Constantine variant, who welcomes them to “the only place a sane person goes when the sky turns red” – a reference to the red skies which appear during every Crisis. 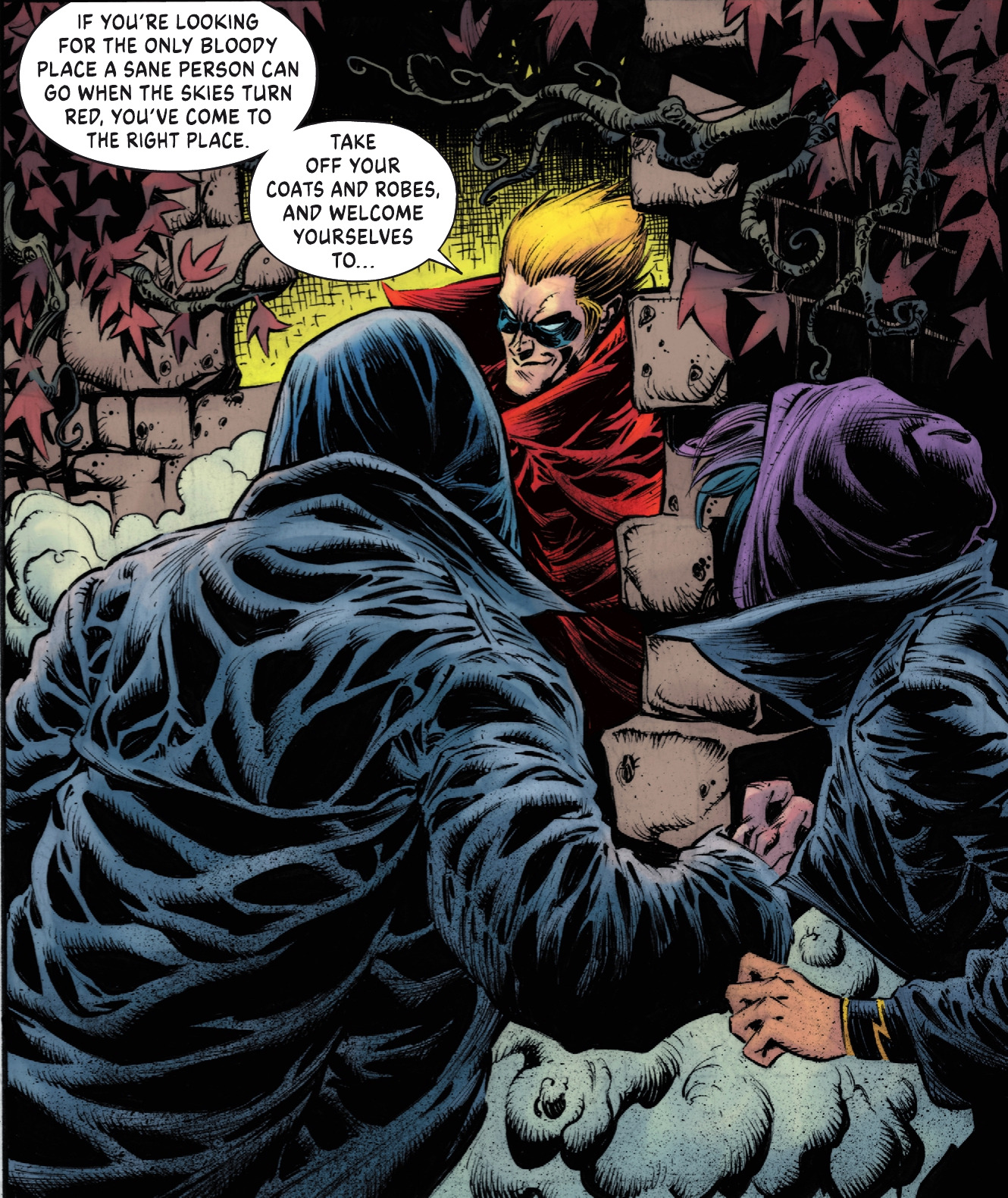 Shaking President Superman’s hand and letting him know that he’s his favorite variant on the Man of Steel, the costumed wizard proceeds to warn the hero and his mates not to eat or drink anything – much less look at anything – until Earth 13’s JLA, the League of Shadows, gathers. 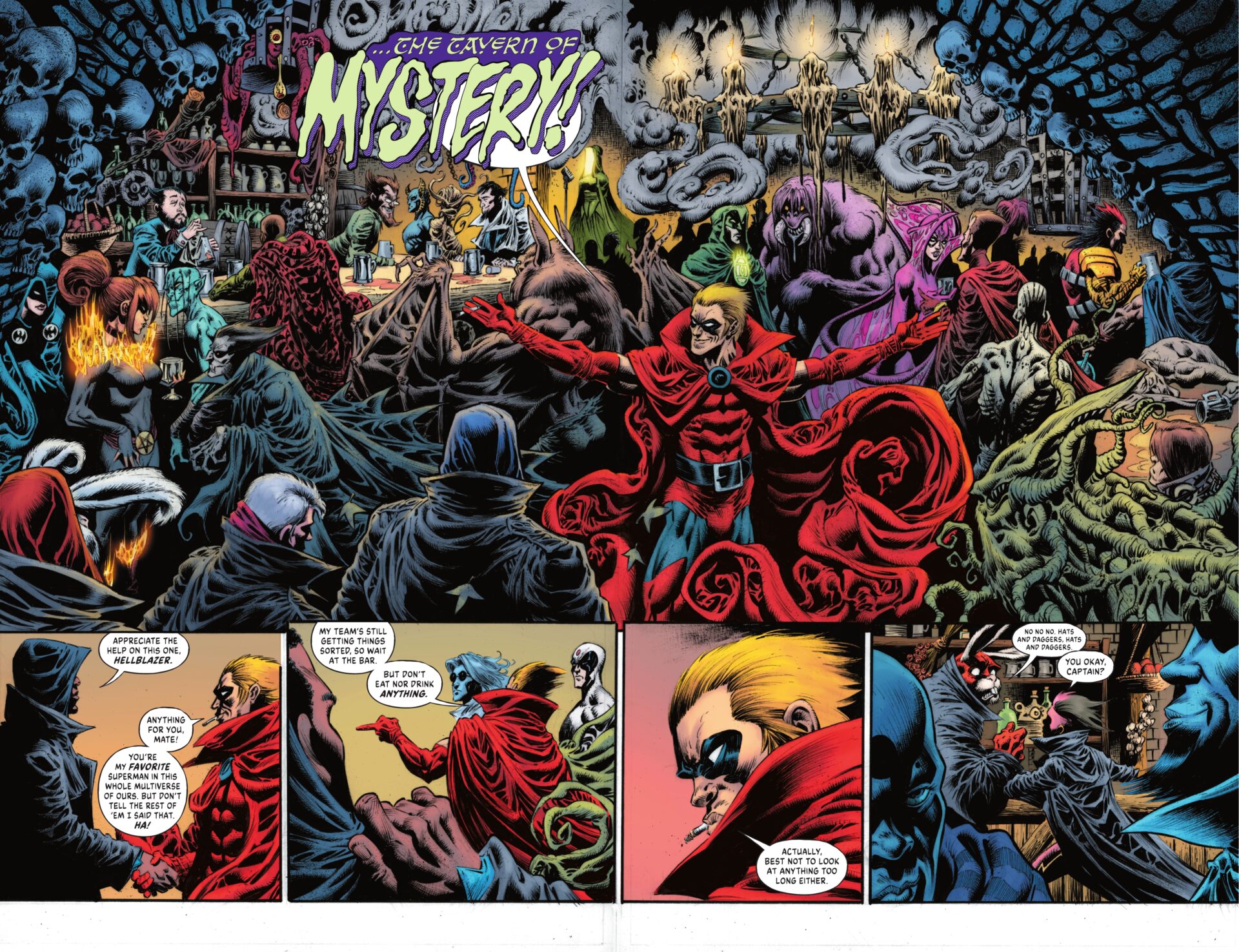 RELATED: Constantine Rumored To Be Person Of Color In J.J. Abrams Production

This exchange encompasses the bulk of the words uttered by the Earth-13 Constantine across all of his sparse appearances. In fact, the last time Hellblazer said anything at all was in The Multiversity #2 – an issue which coincidentally also saw the first appearance of the Justice League Incarnate.

His only other notable cameo was in Flash Forward #4 (2020), seen by Wally West as he was speeding through the Multiverse. 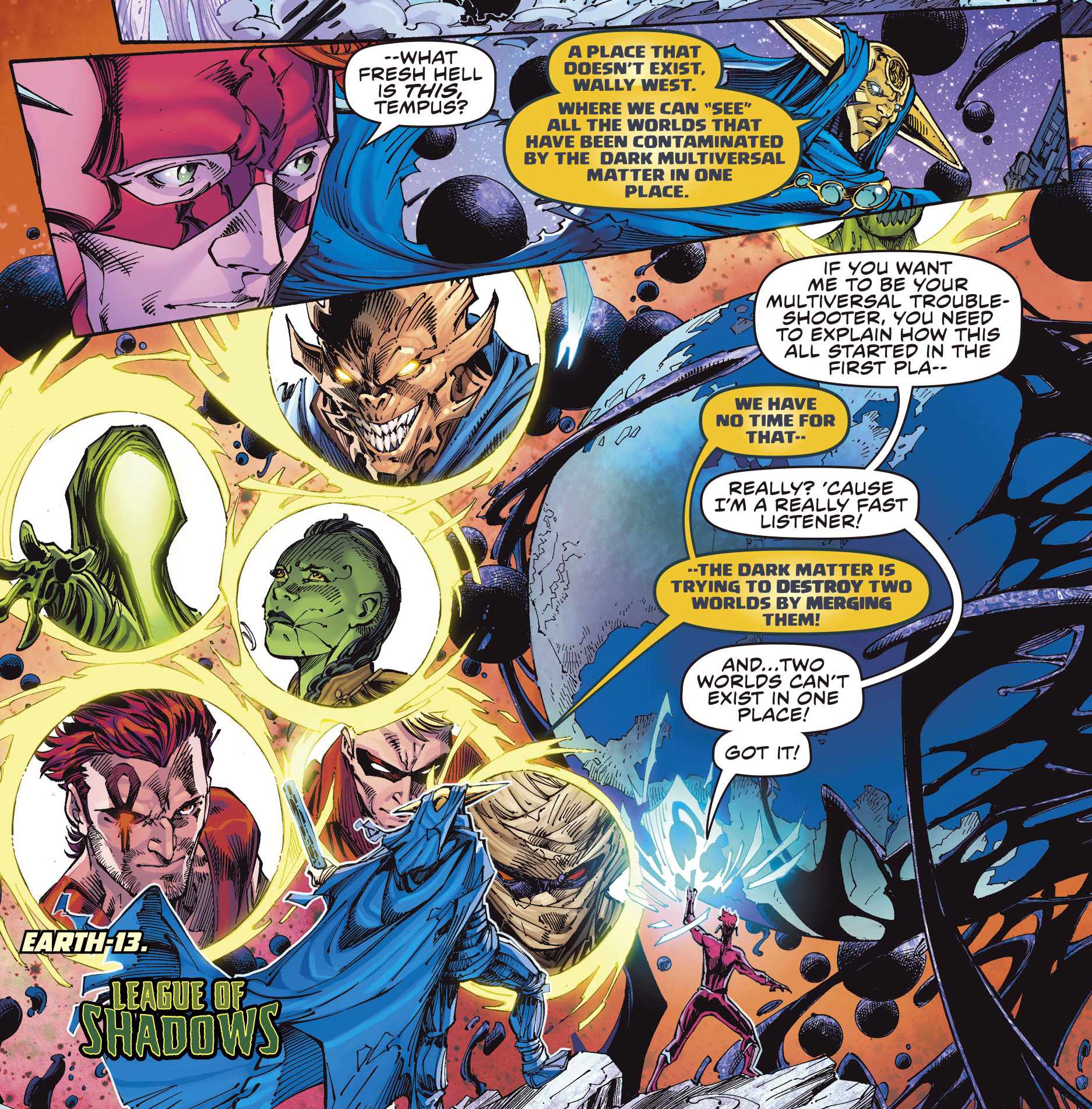 Written by Joshua Williamson and Dennis Culver with art by Kyle Hotz and Andrei Bresson, Justice League Incarnate #2 is on sale now. You can read a summary of the issue below.

“As Darkseid’s quest leaves a bloody trail across the Multiverse, the Justice League Incarnate ventures to the dark world of horror known as Earth-13. They must enlist the aid of Super-Demon and his League of Shadows against not only Darkseid but also the evil power couple of Asmodel and the Sheeda Queen! While on Earth-11, the Batwoman Who Laughs begins her schemes.” 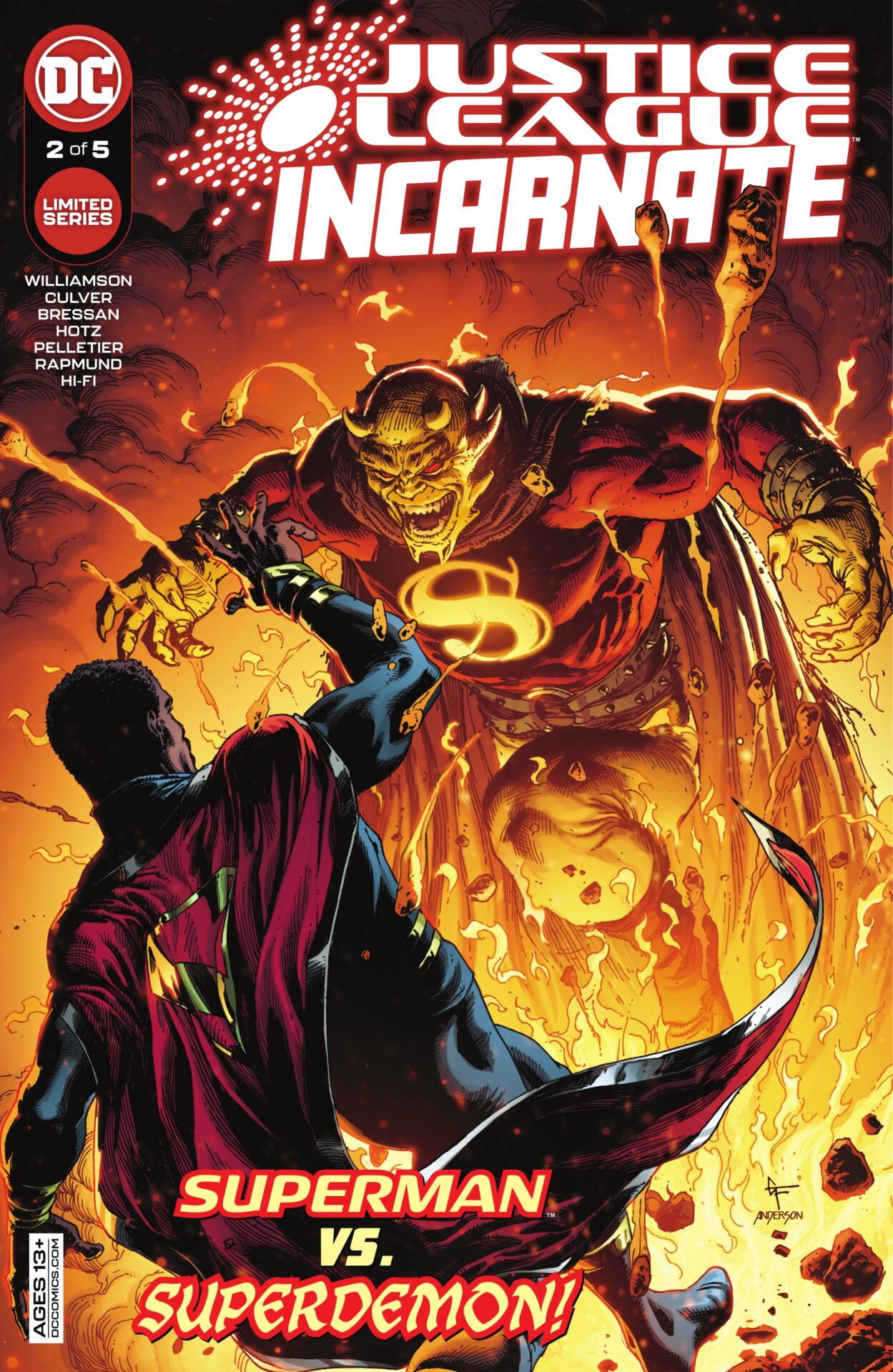 Are you excited to see what role Hellblazer might play in future issues of Justice League Incarnate? Let us know your thoughts on social media or in the comments down below!