Here at Bounding Into Comics, we recognize the value of pop culture, and many of the characters that have been introduced throughout the decades. In an age when character development has taken a backseat to identity politics and unpopular Wokeism, it’s more important than ever to pay homage to the greats.

This episodic series will focus on the great men and women of pop culture, and what their characters brought in terms of messaging, iconography, and societal impact. These are the individuals that we should be emulating – the best of our species, brought to life by the idealism of those who created them. 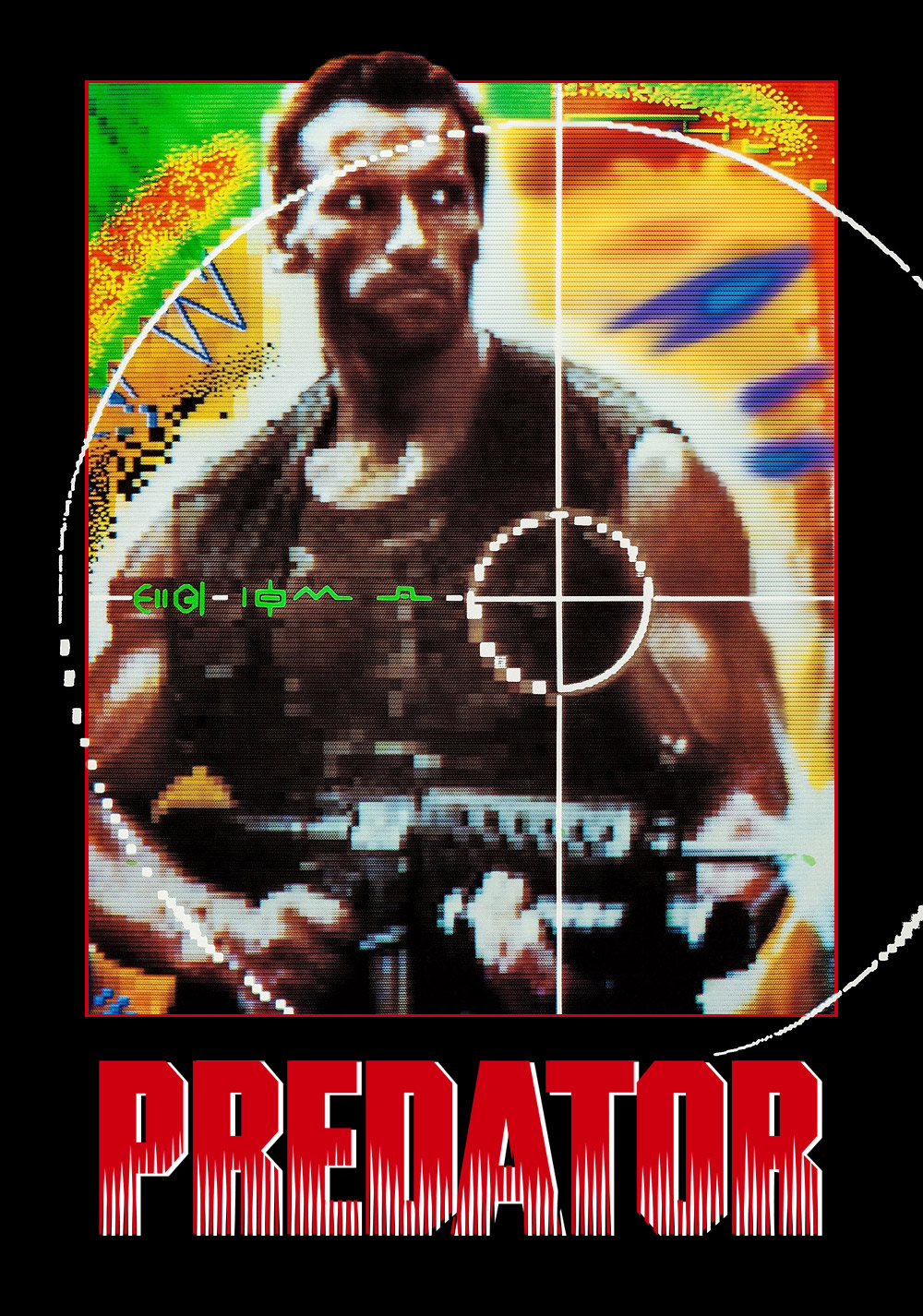 First up is Dutch Schaefer, the muscle-bound Major who led a crack commando rescue team into the jungles of Central America to rescue a cabinet minister and a bunch of hostages in the 1987 sci-fi classic Predator. Schaefer soon realized that the entire mission was a setup, but that wasn’t the worst of it. 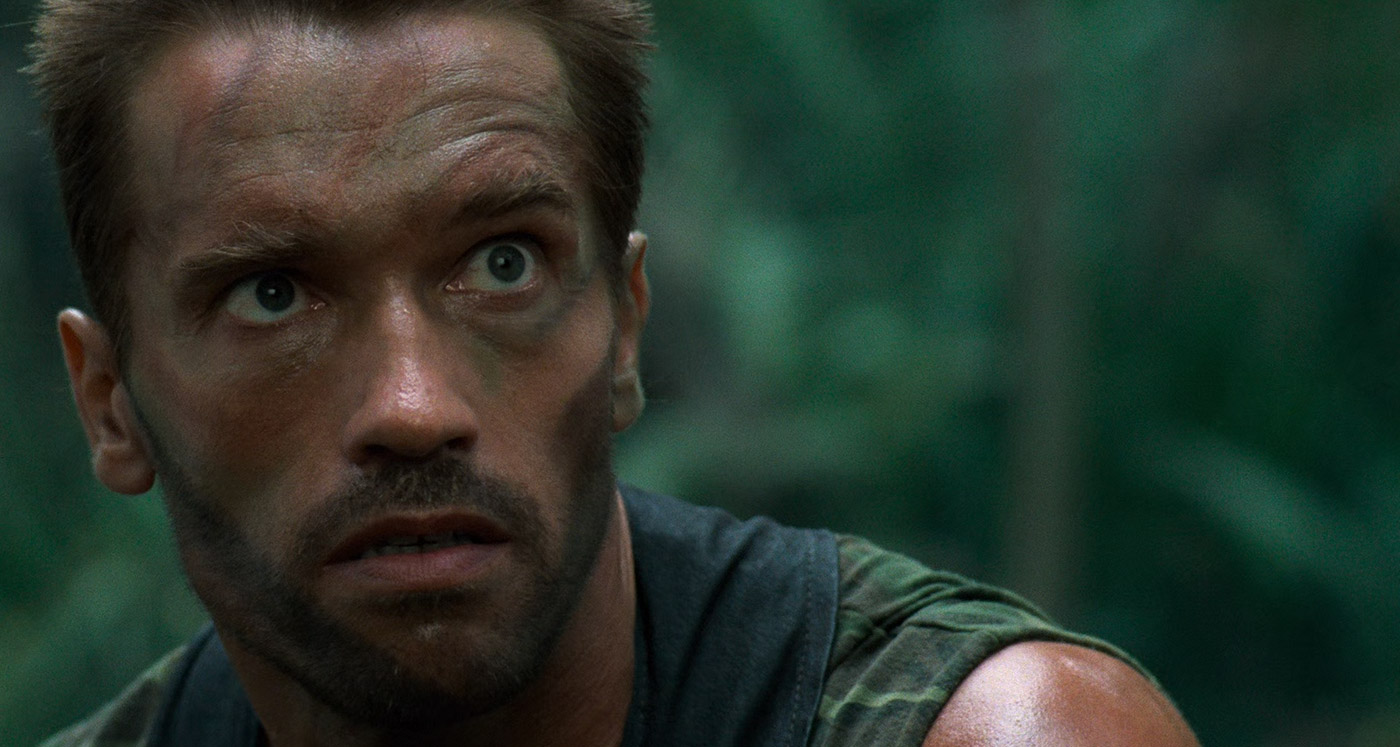 While attempting to exfiltrate the hot zone, Schaefer and company were attacked by a silent, invisible killer from another world, who saw them as the ultimate big game prey.

One by one, his team members fell, until only Schaefer remained. Relying on his wits and training, he was able to kill an unfairly overpowered alien foe, and escape with his skin still attached to his muscle fibers. 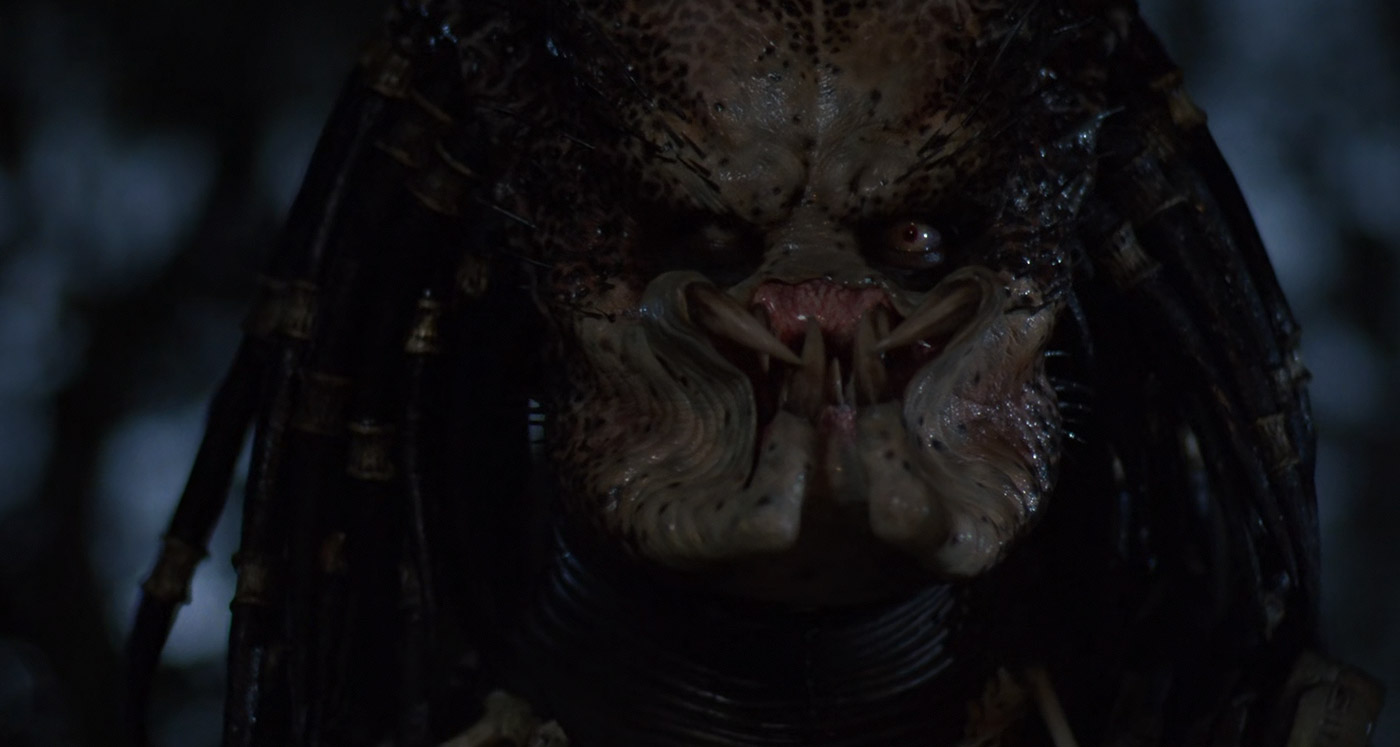 Dutch is, for all intents and purposes, a man’s man. He’s the epitome of hyper-masculinity, with the body to match, but he’s a long ways away from any perceived negative stereotypes. Instead, he lived by a code of honor that made him far more complex than the typical 1980s action hero.

It’s important to remember that Dutch led a rescue team, rather than just another group of special forces commandos who did the government’s dirty work. These guys were seasoned pros who had seen countless battles, and lived not to tell about them. In fact, when Poncho asks him if he “remembers Afghanistan” in the first act of the film, Dutch replies “Trying to forget it,” with an uncomfortable smile. 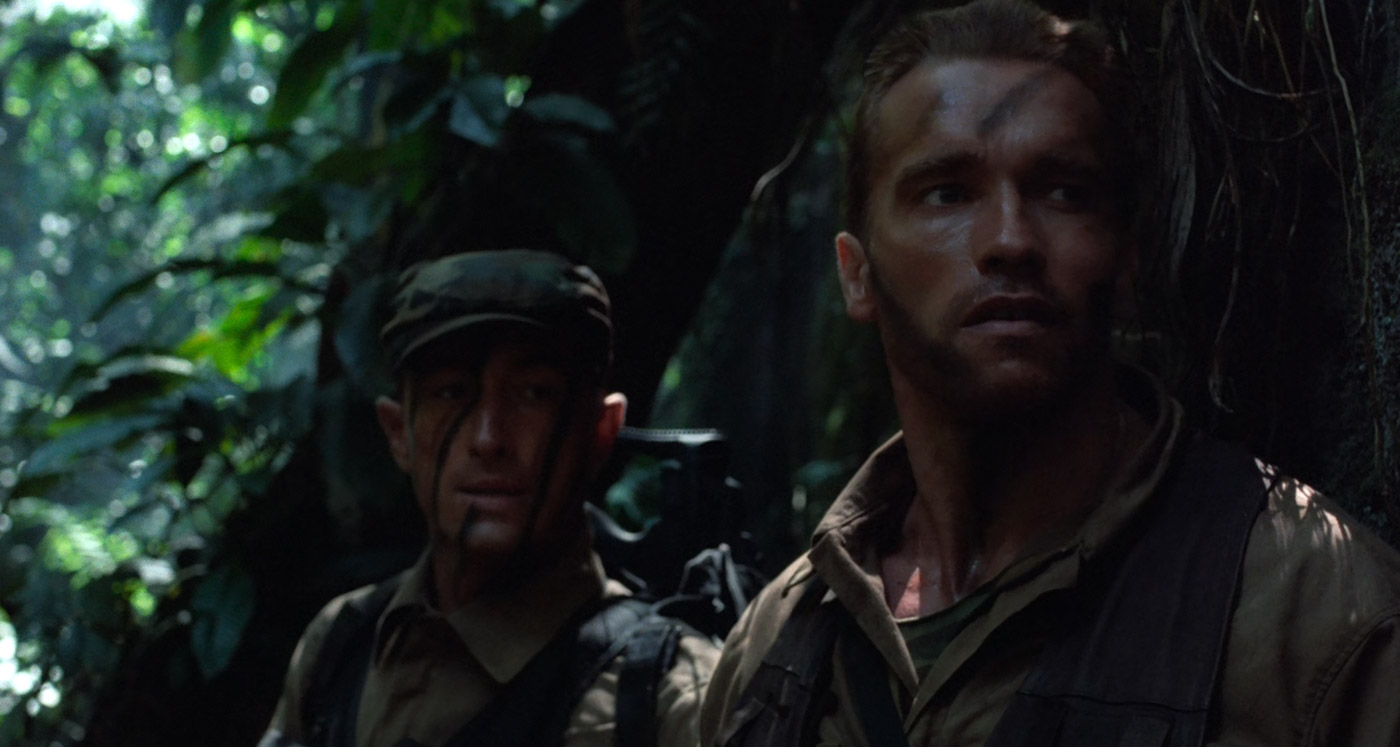 Clearly, this is not a man who enjoyed battle, or went to war for the sake of “kicking ass.” Rather, Schaefer was a soldier who did what was necessary within an imperfect world. He realized that war was an unfortunate symptom of the human condition, rather than something to laud and cheer.

This was first glimpsed in the opening act of the film, when Dillon asked him why he passed on a mission inside Libya. Schaefer responded “That wasn’t my style,” before adding “We’re a rescue team, not assassins.” He was a man who clearly had lines that he wasn’t willing to cross, for any reason.

When the mission inside the Central American jungle went wrong, Dutch was outraged. He realized that Dillon had lied to him about the nature of what went down, and used him to “get the job done.” When Dillon suggested that they were all expendable assets in service of the U.S. government, Schaefer immediately rebuked him. 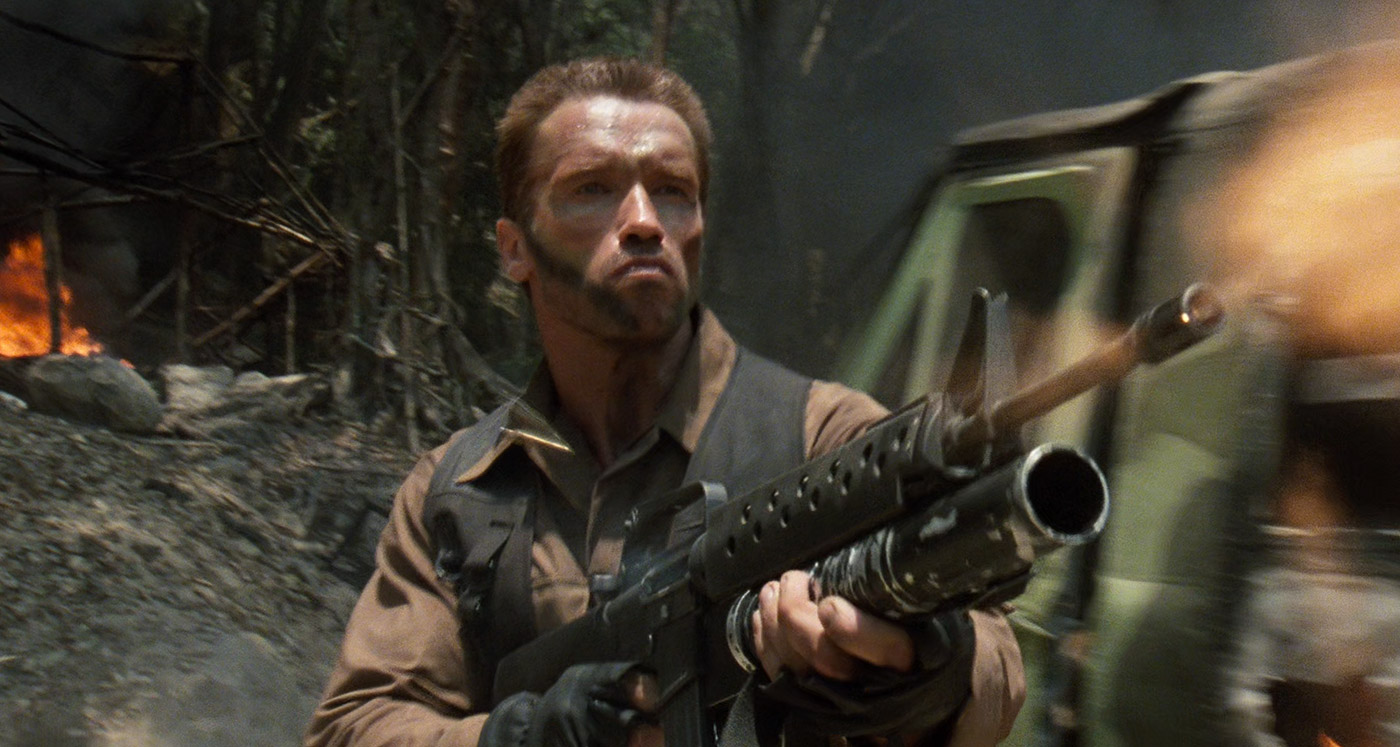 Clearly, this was a guy anyone would be happy to have on their side, especially during a fight. Not only was he incredibly loyal to his fellow soldiers, but he saw the immorality in using their combat skills at the beck and call of some overweight bureaucrat in Washington.

It’s easy to picture the kinds of missions Schaefer and his team embarked on, before they were neutralized by the Predator. Their track record of success must have been a lengthy one, thanks in large part to Schaefer’s leadership, and his ability to keep his men in line.

HIS TREATMENT OF WOMEN

We are constantly being told that characters like Dutch Schaefer are symptoms of “toxic masculinity” in society, but in his case, it’s the exact opposite. The attempt to emasculate males has turned culture upside down, and created a world where good men are terrified of standing up for women who are preyed on by actual toxic males.

Recently, we saw the most egregious and disgusting example of this when a woman was raped on a subway train, while the passengers recorded it on phones, and did nothing. When society punishes men for being men, the most execrable feel they are free to commit acts of brazen, wanton evil, without any challenge. 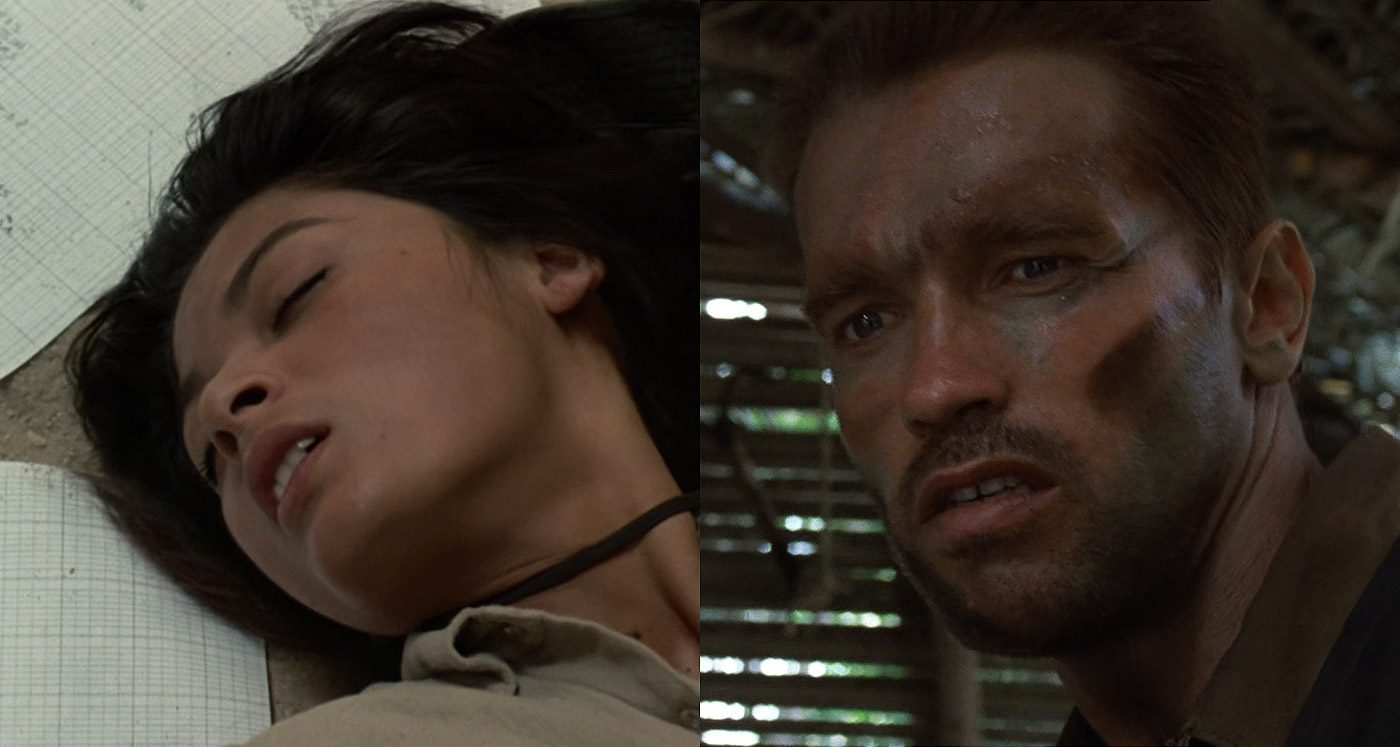 Schaefer was different. When the character of Anna snuck up behind him with a loaded gun, he reacted by using the butt of his weapon to knock her out. When he noticed she was a woman, he showed immediate regret. He knew that Anna was a guerilla fighter in opposition to his team, but he still lamented the fact that he had to strike her.

As the story progressed, Dutch never once mandated any sort of ill treatment of Anna. He kept her on a tight leash, but he never mistreated her, for any reason. When it became clear that the team was being stalked by the Predator, he immediately released her from her bonds. 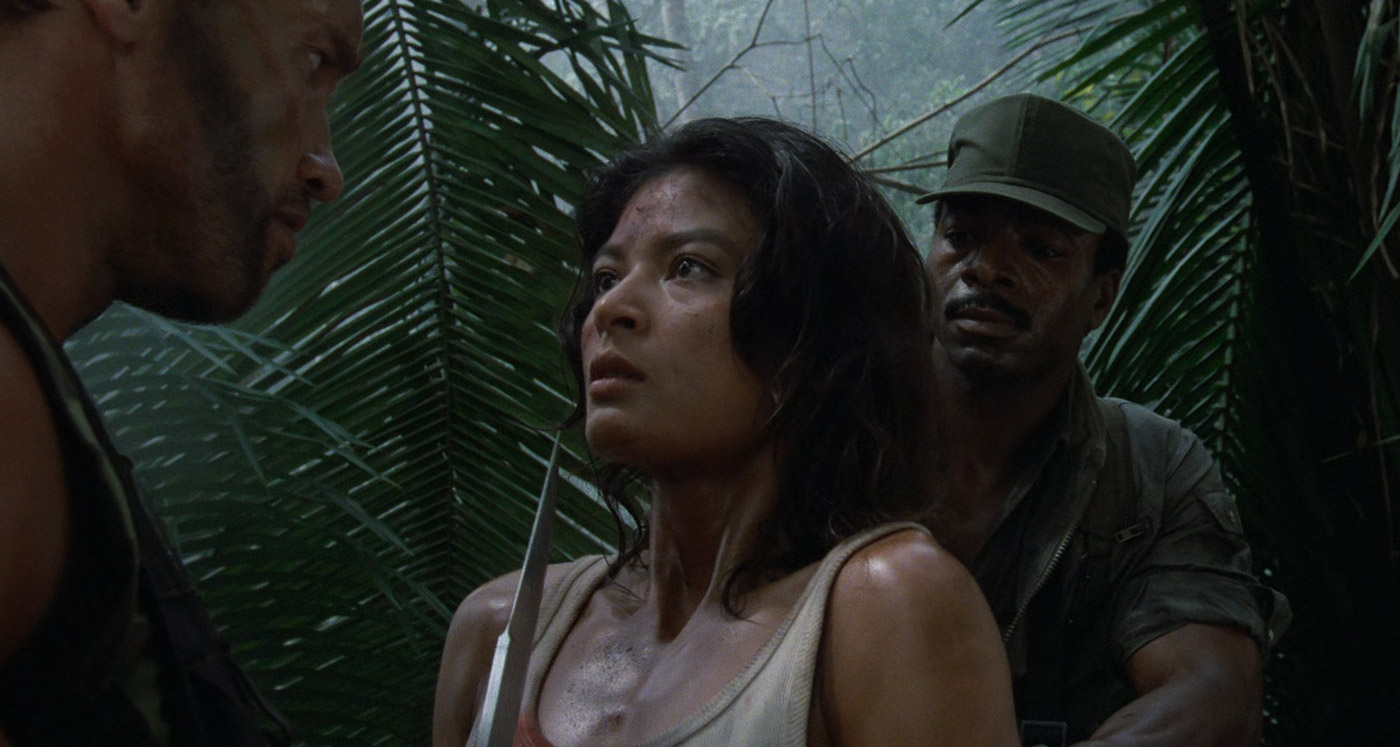 When Dillon protested, Dutch told him that everyone’s help would be needed during the battle yet to come. Anna may not have been ready to go to battle with the same lethal efficiency as Schaefer and his crew, but he viewed her as an equal in the struggle.

HIS RELATIONSHIP WITH DILLON

It’s safe to say that Dutch’s relationship with Dillon was testy from the start, with the two trading barbs over the fact that the latter had joined the CIA. When he learned that Dillon was set to accompany them into the jungle, Schaefer protested, knowing full well that something was up.

His suspicions were confirmed quickly when he discovered a downed chopper belonging to a previous team, whose bodies were skinned alive and hung from the trees. Following the attack on the guerrilla compound, Dutch learned that they’d been set up by Dillon in order to prevent a supposed Soviet/guerrilla invasion. 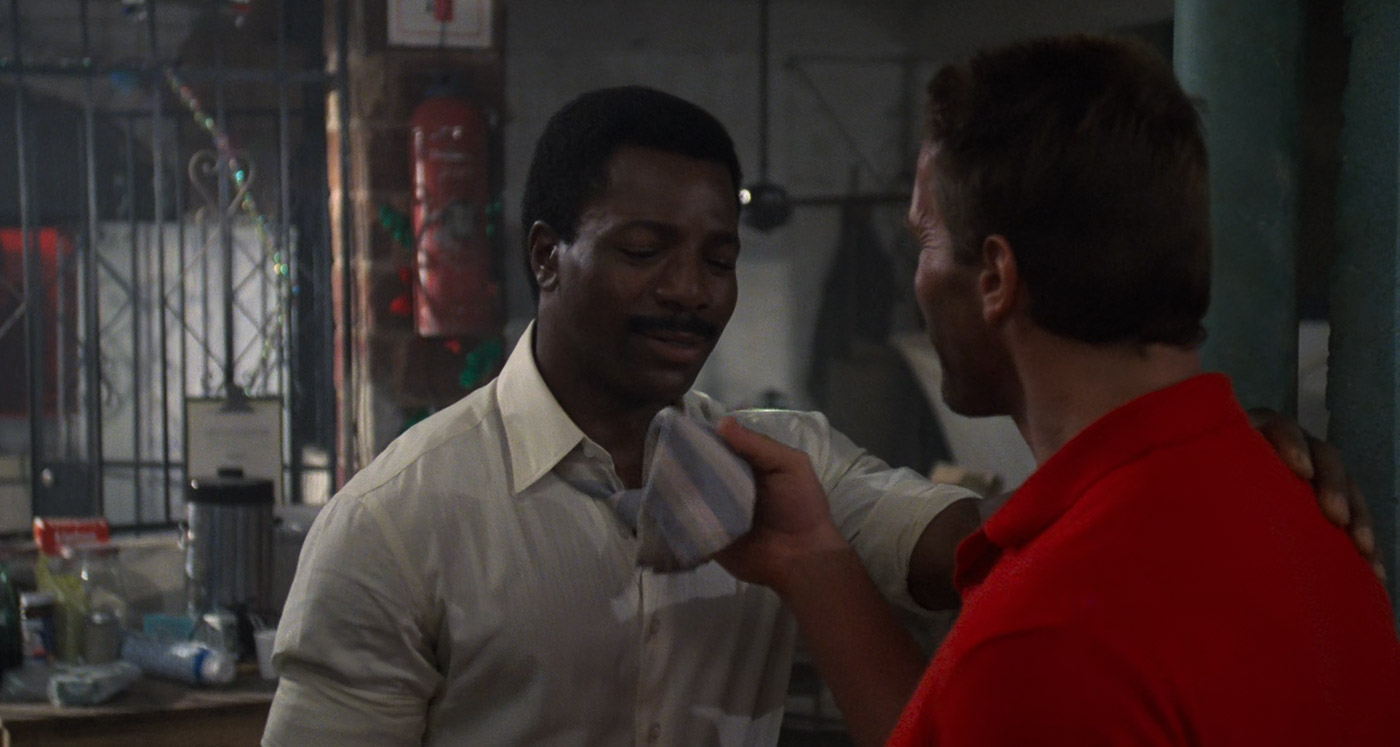 Their friendship was pushed to the breaking point throughout the rest of the film, especially when they learned that the Predator was, in fact, a real entity that was hunting them. It’s Dutch’s actions and decisions that ended up reminding Dillon of the man he once was, and that motivated him to buy time for the team to reach the extraction point. 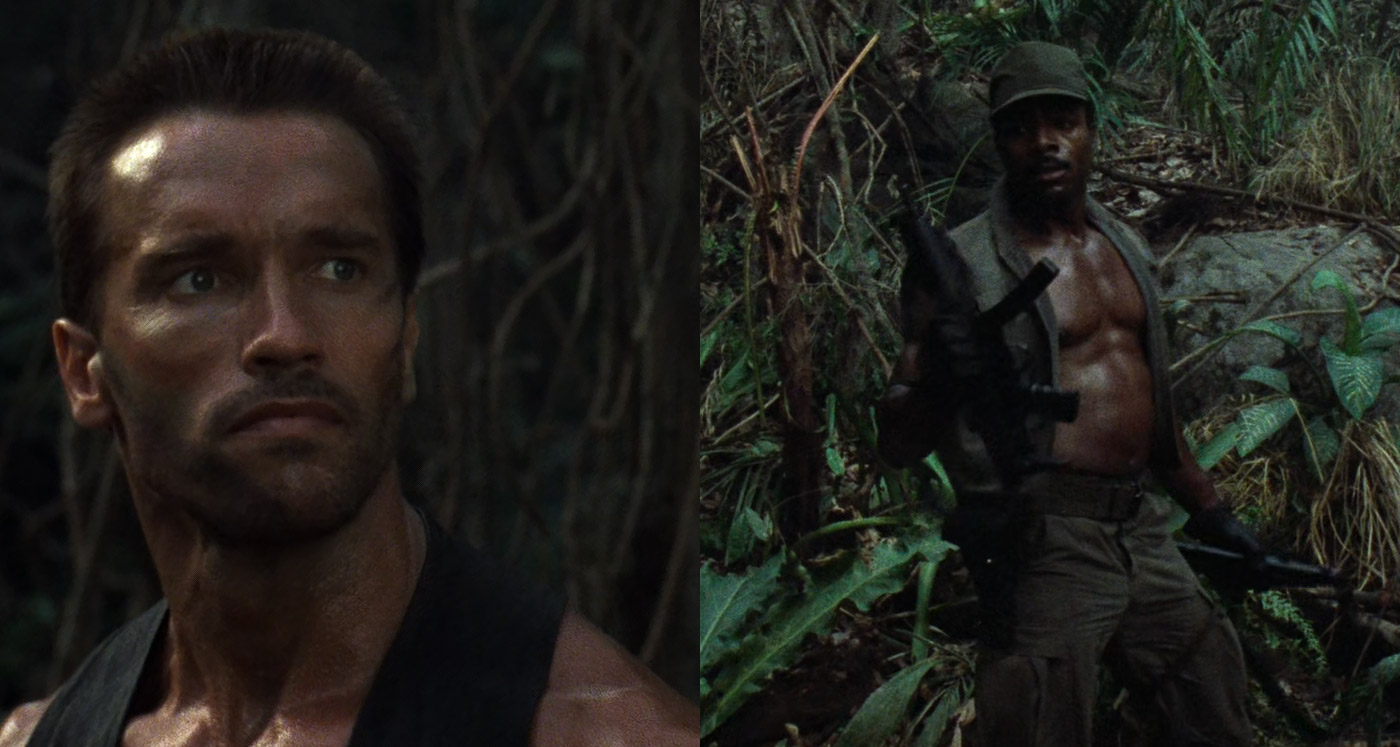 Knowing full well that Dillon is going to his death, Dutch tosses him an extra weapon, casting one more glance at his comrade and friend. He may have been upset with Dillon’s actions, but deep down, he realized that there was a good guy buried underneath all the political bureaucracy.

In our modern age, Leftist culture teaches us that a single misstep is worthy of lifelong scorn and loathing. Maoist-style struggle sessions are the norm, forcing people to run a gauntlet of shame in the hopes that the mob will leave them alone. In Dutch’s case, he knew the value of forgiveness. Nobody is perfect.

Dutch Schaefer was a boy scout deep down, and he used that mentality to carve a path for himself in the U.S. military. It’s easy to imagine Dutch as a child, building sophisticated treehouses with his friends, while learning a multitude of neat survival tricks to excel in the wilderness. 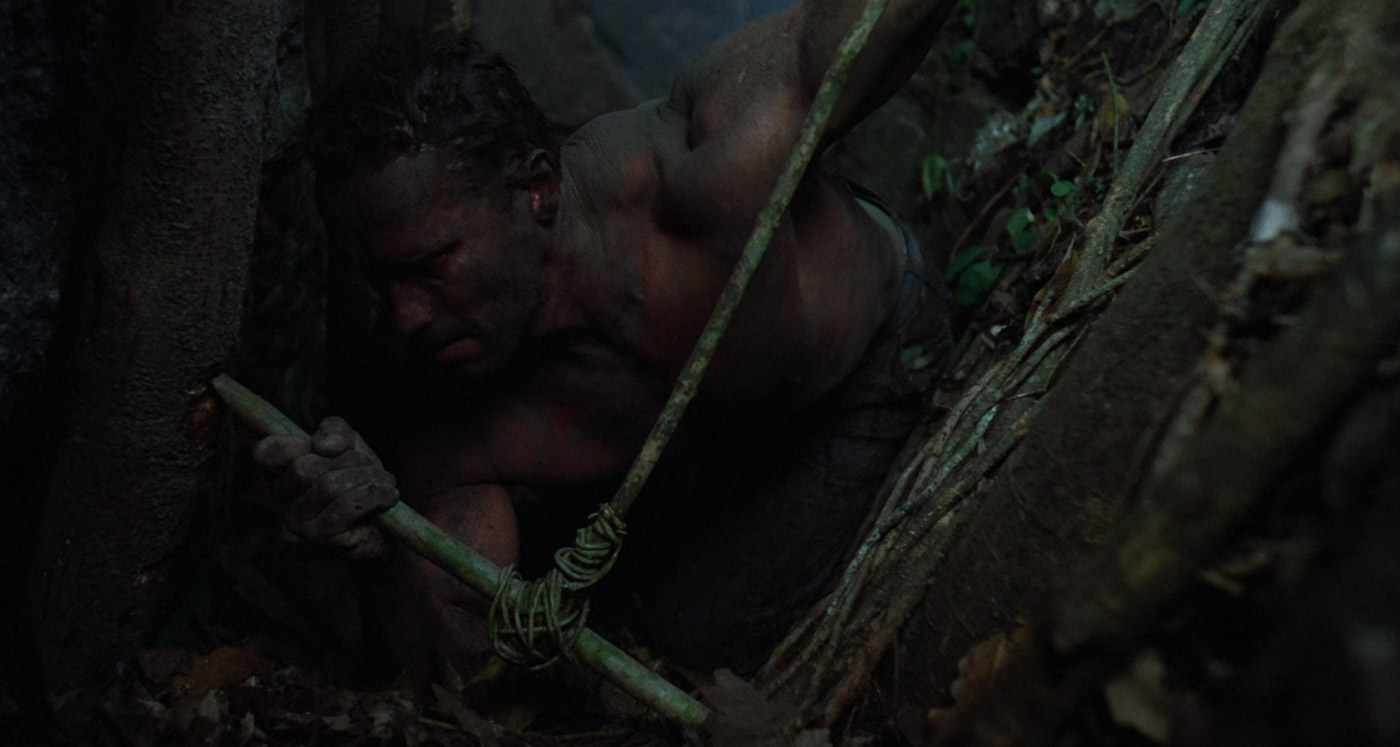 While it’s not required that every guy be able to fashion a makeshift bow that can fire an arrow straight through a huge tree, it does speak to a time where current gender politics were nowhere to be found. Boys were encouraged to be boys, and do boy things, such as run around in the forest, learn skills, and yes, even get hurt from time to time.

The bubble-wrapped generation kicked in around the year 1999, and got worse over the course of the next 20 years. This, combined with the Left’s incessant emasculation of males has created a society of weaklings and betas who would sooner run for the comfort of a safe space, as opposed to headfirst into even the slightest danger. 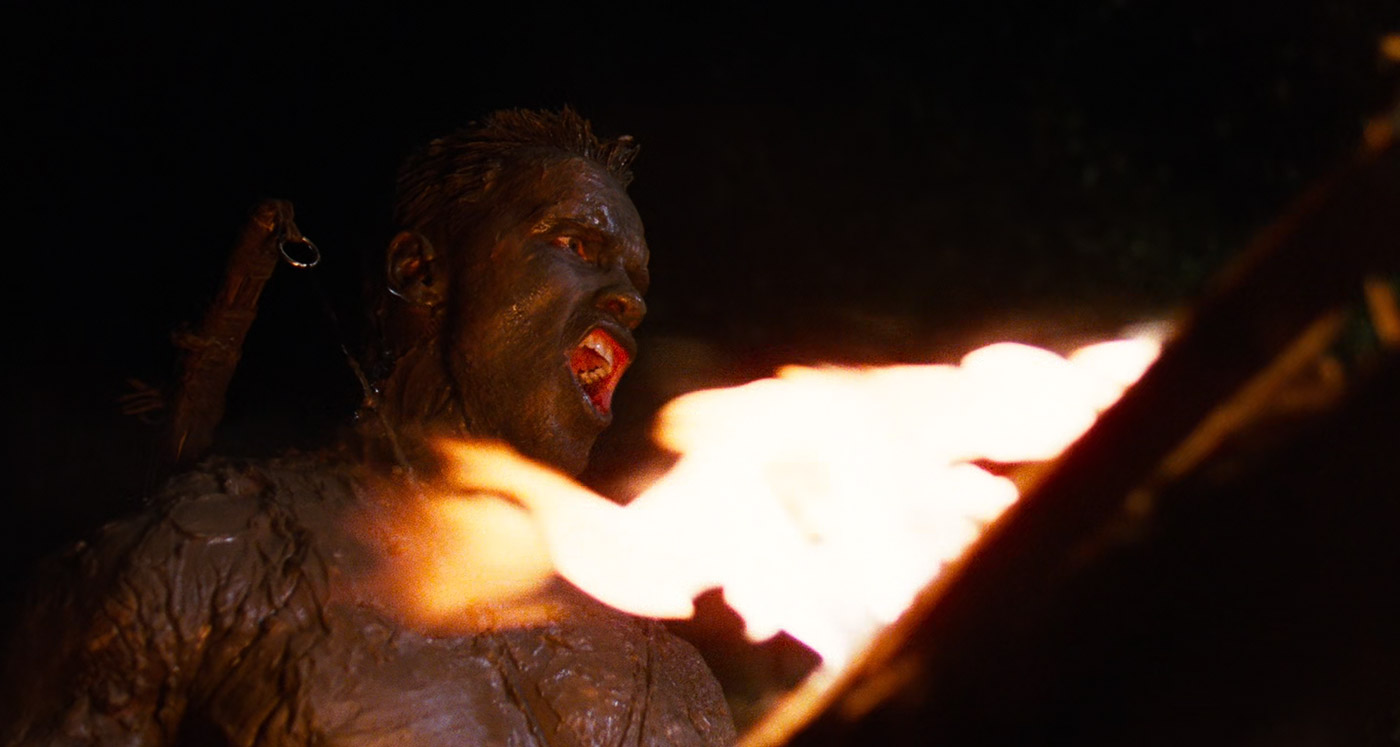 Dutch Schaefer represents the adult that never truly grew up. He’s responsible, mature, and a great leader, but he still recognizes the value of what he was taught as a kid. As a film, Predator invited the audience to tap into their own inner child, and that didn’t involve acting like a buffoon on Tik Tok all day long.

The concept of roughing it in the outdoors, or even being able to change a flat tire is lost on much of today’s generation, male and female alike. For the former gender, Dutch acts as something of a role model for boys who want to learn the benefits of being self-reliant, which leads to a natural boost in confidence, and a better life path.

To conclude, Dutch Schaefer represents a pop culture character that everyone should try to emulate, especially men. He’s a good man, with a set of unbreakable values that allot him a strong moral compass. He’s also a badass on the battlefield, capable of changing his tactics at a moment’s notice, in order to gain the upper hand. 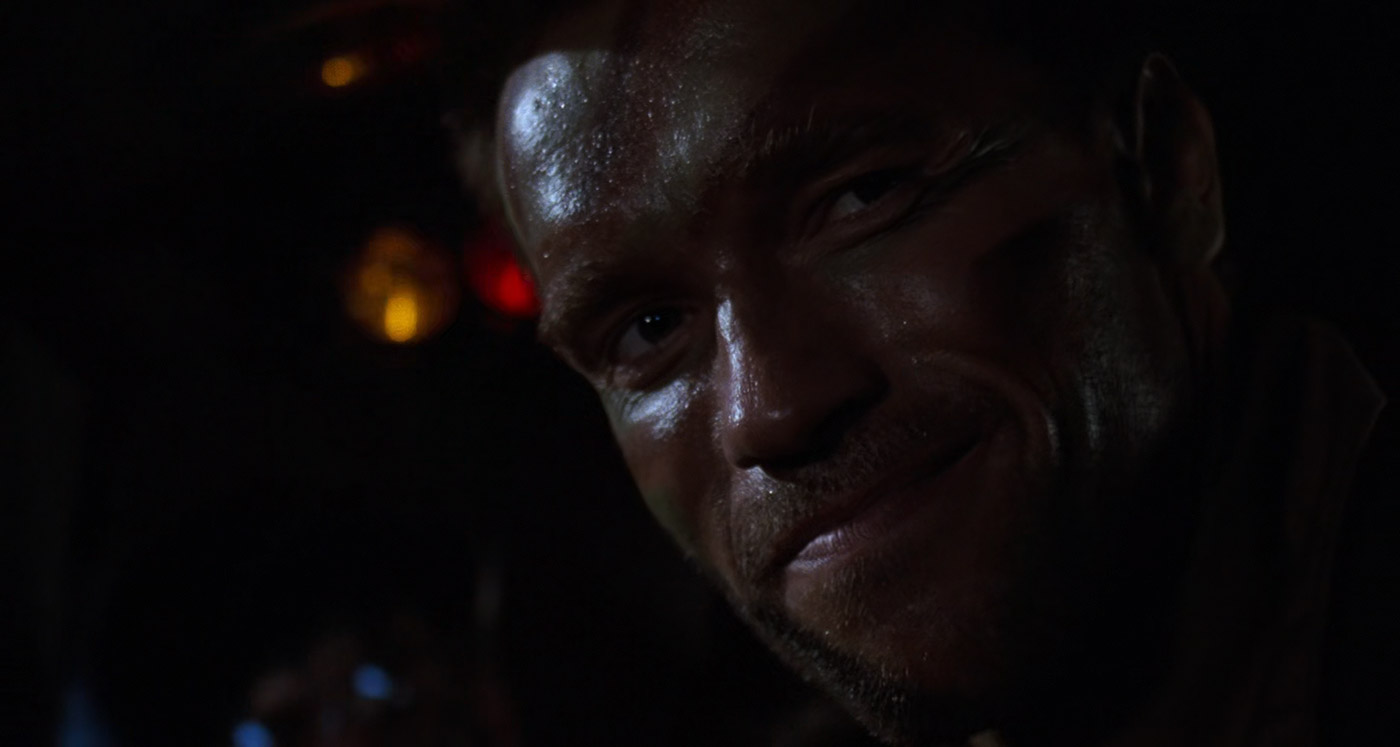 Arnold Schwarzenegger played Schaefer with a remarkable degree of humanity and believability, which stood in sharp contrast to his character John Matrix in the riotously enjoyable Commando, which came out two years prior to Predator.

For all the scenes featuring his rippling muscles and chisel-chinned machine gun fire, Dutch seemed remarkably down to Earth. 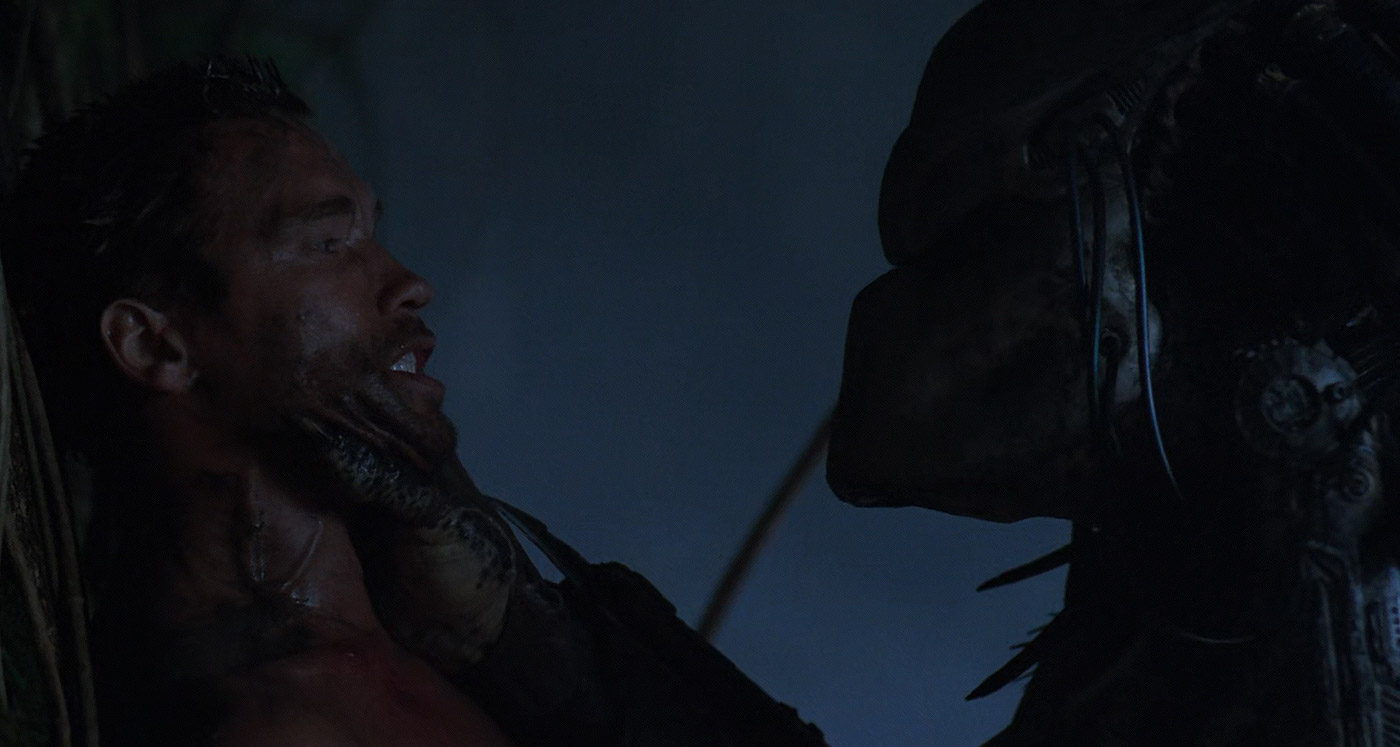 The events of Predator might be fantastical and over-the-top (including the action scenes), but Dutch’s character is undoubtedly what sold the premise. The film established one of the most praiseworthy protagonists in pop culture, and one that deserves a standing salute.