In a recent series of tweets, a former Rainbow Six: Siege writer has revealed that one of the game’s first available operators, Pulse, is canonically bisexual and “has been since launch.” 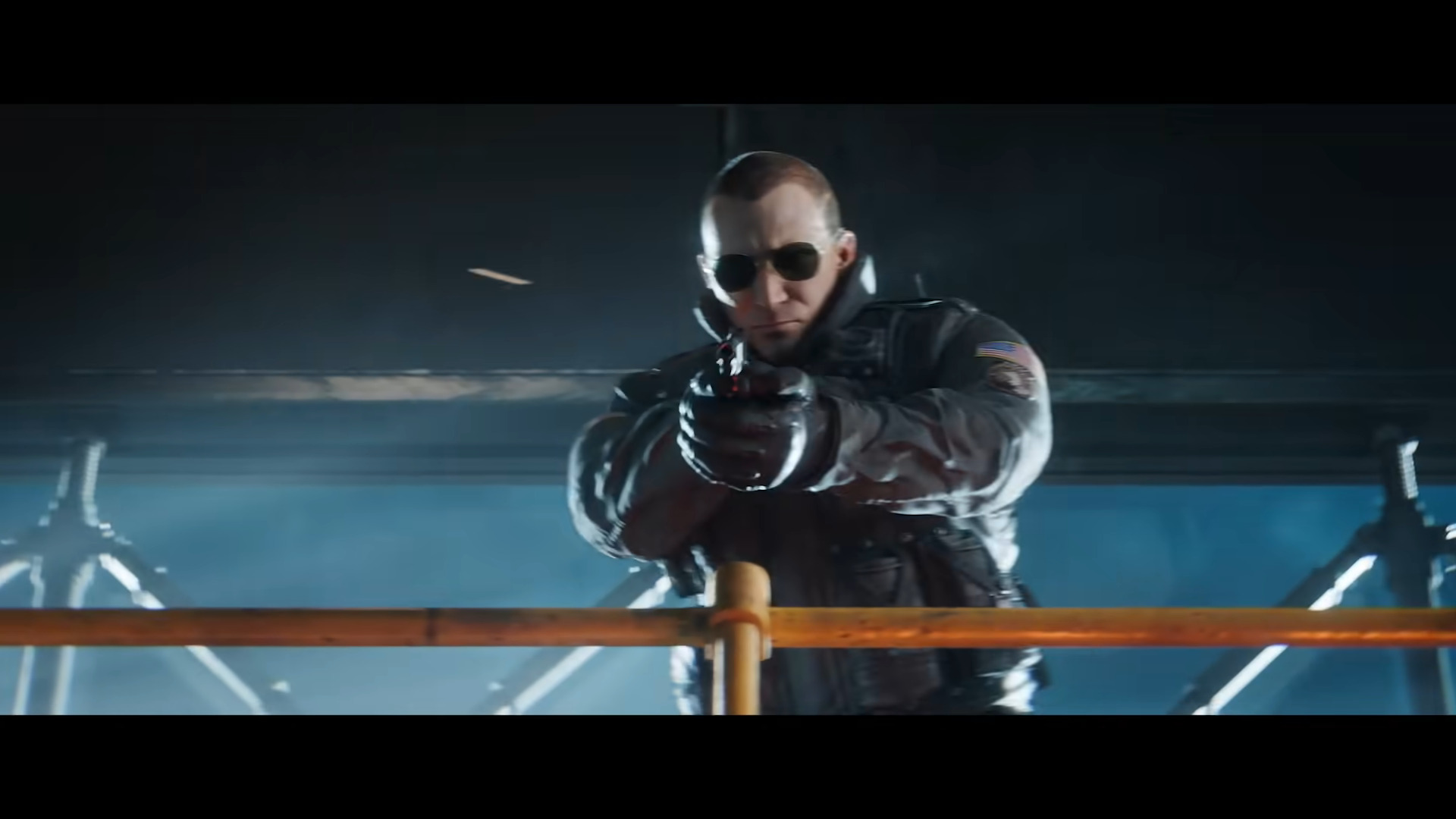 These two pieces of news were made public on February 6th, 2021, beginning when current Rainbow Six Siege Community Artist & Graphic Designer Louis Koob shared to Twitter a concept image for, as he exclaimed, “LGBTQ+ OPERATOR CARDS.”

In the image, three different operator card concepts were shown, one each featuring designs based on the transgender, gay, and bisexual flags. 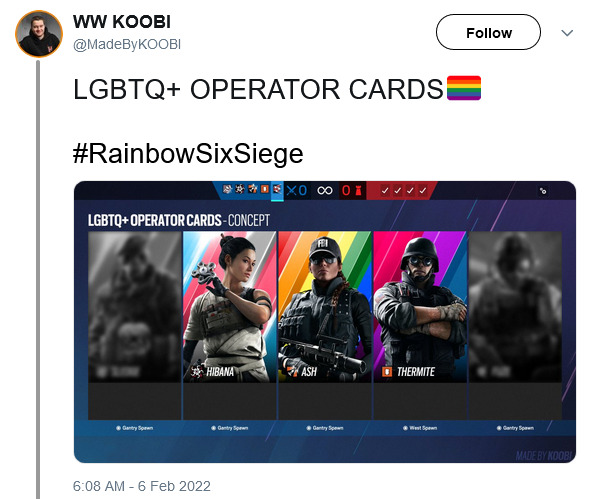 “As this has been a topic in the community the last days and I’m all for representation in Siege I made this concept,” Koob elaborated in a follow-up tweet. “I think adding LGBTQ+ operator cards would be nice as it adds more variety and sends the right message while keeping it simple! What do you think?” 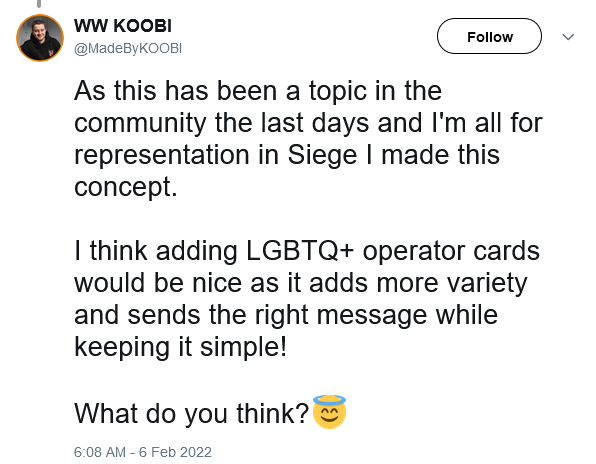 Ostensibly prompted by Koob’s question, former Rainbow Six: Siege writer Lauren Stone announced in reply, “Pulse is bi. Has been since launch. Don’t know why people don’t know this. He is biracial and bisexual and he flirts with you when he heals you.”

“How do I know? I wrote him,” she asserted. “He was the first character I wrote in the game. Yes, the CD, ND and EP approved. Pulse being bi is canon.” 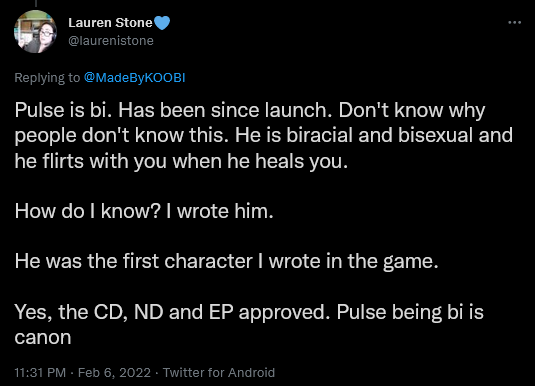 Asked by a fan if this fact was “in his bio,” Stone added, “That he is biracial was in his original bio, I couldn’t put that he was openly bisexual in 2015.”

“So,” she explained, “I used coded language to introduce a bi-character and then backed it up with his scripts.”

In a follow-up tweet to another fan who found themselves interested in playing the character following this revelation, Stone further noted, “Seriously, one of those things that is like…why would I lie about that?”

“In 2015, I wasn’t allowed to be overt with it,” she said. “So I used coded language and our non-gender specific barks to make it part of the world and experience, Italian and Japanese loc Pulse performers are sexxxyyy.” 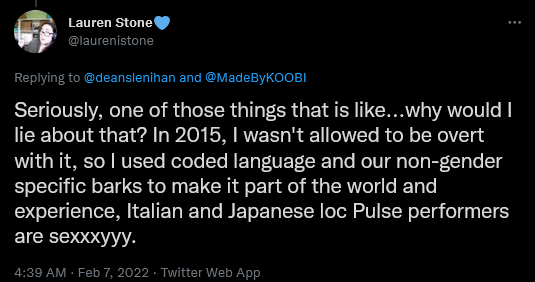 However, despite her exasperation at many players’ surprise at this new information, it appears Stone may have made the character even more ‘subtle’ than she initially believed.

According to a YouTube compilation of Pulse’s voice lines, the operator has one line that could be considered even remotely flirty (unless the call out of locations, such as “locker room” and “third floor,” is your kind of thing), uttering “I see I’ve got your heart racing,” during his spawn sequence.

What do you make of Pulse’s apparent bisexuality? Let us know your thoughts on social media or in the comments down below!