Games Workshop and Warhammer announced they will suspend sales in Russia following the country’s invasion of Ukraine. 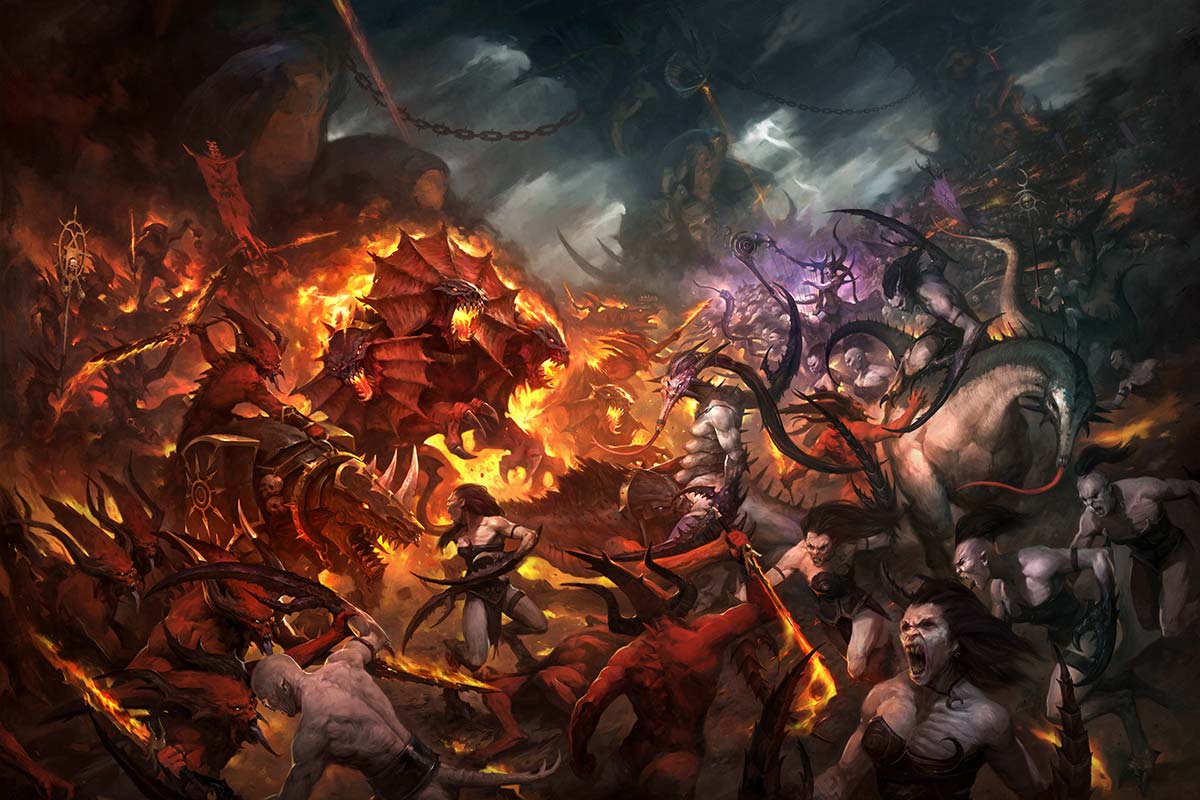 In a blog post titled “An Important Note on Russia and Ukraine” the company stated, “We are terribly saddened by the horrific events taking place in Ukraine. Our heartfelt thoughts go out to all those affected by Russia’s actions.”

They continued, “In light of this, Games Workshop is suspending all sales of Warhammer products into Russia.”

Explaining their reason why they noted, “We didn’t take this decision lightly. We know that there are many Russian hobbyists who don’t condone the war. Yet, we must stand with those suffering.” 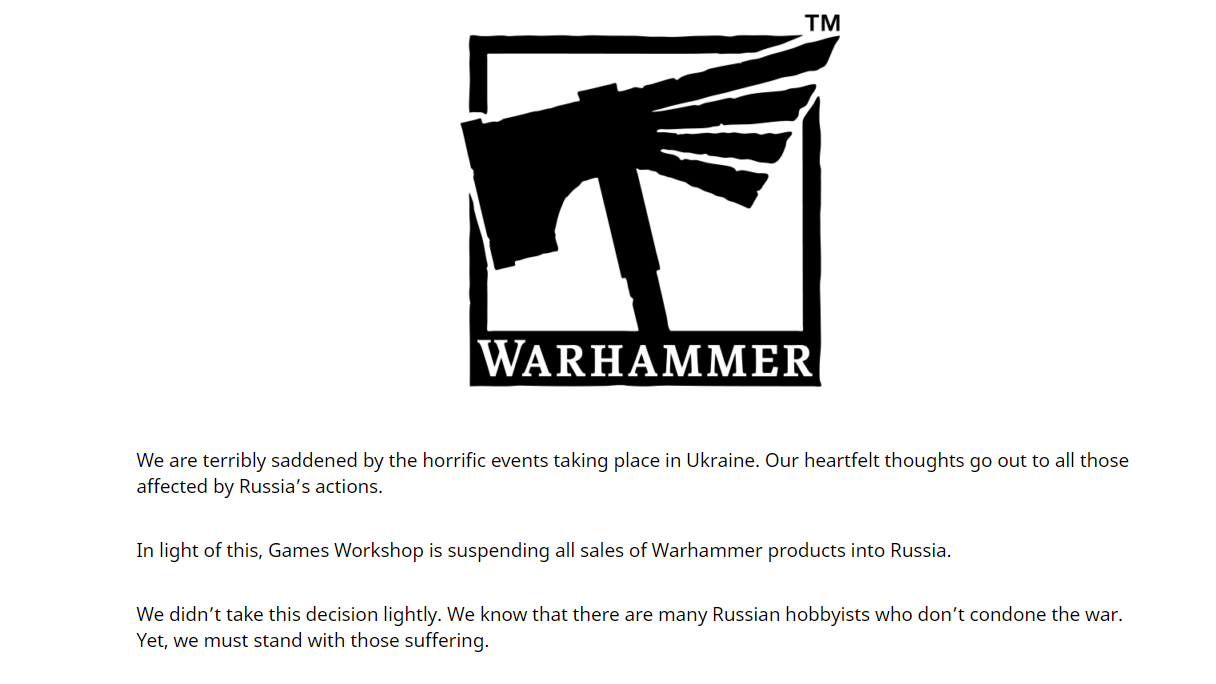 The decision to suspend sales to Russia flies in the face of the company’s previous stance that Warhammer is for everyone.

If you recall back in June 2020, Games Workshop and Warhammer published a state titled “Warhammer Is For Everyone.”

The post began, “One of the great powers of our hobby is its ability to bring people together in common cause, to build bonds and friendships that cross divides. We believe in and support a community united by shared values of mutual kindness and respect.” 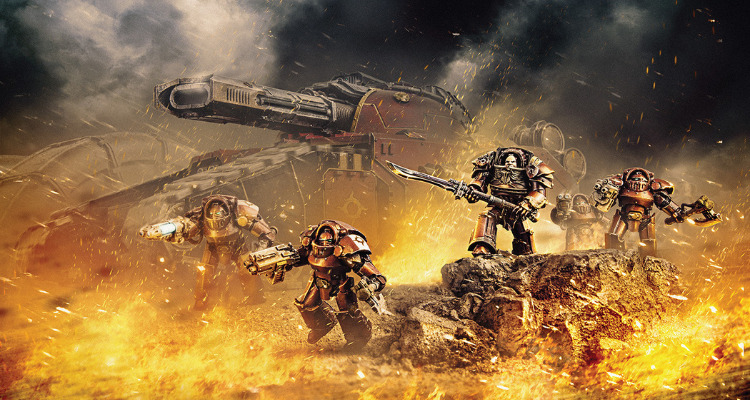 It continued, “Our fantasy settings are grim and dark, but that is not a reflection of who we are or how we feel the real world should be. We will never accept nor condone any form of prejudice, hatred, or abuse in our company or in the Warhammer hobby.”

“We will continue to diversity the cast of characters we portray through miniatures, art and storytelling so everyone can find representation and heroes they can relate to.” they stated.

Finally, they concluded, “And if you feel the same way, wherever and whoever you are, we’re glad you are part of the Warhammer community. If not, you will not be missed.” 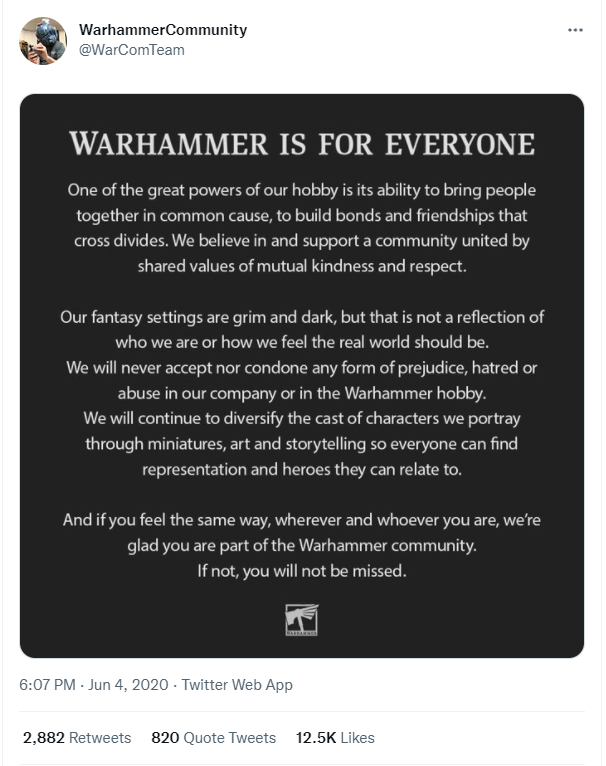 Clearly the statement was hypocritical from the get go given they made it clear if you didn’t agree with their statement you were not welcome in participating in their hobby.

But the restriction of selling their products to players in Russia who might even agree with their values, shows just how empty their statement back in June was. 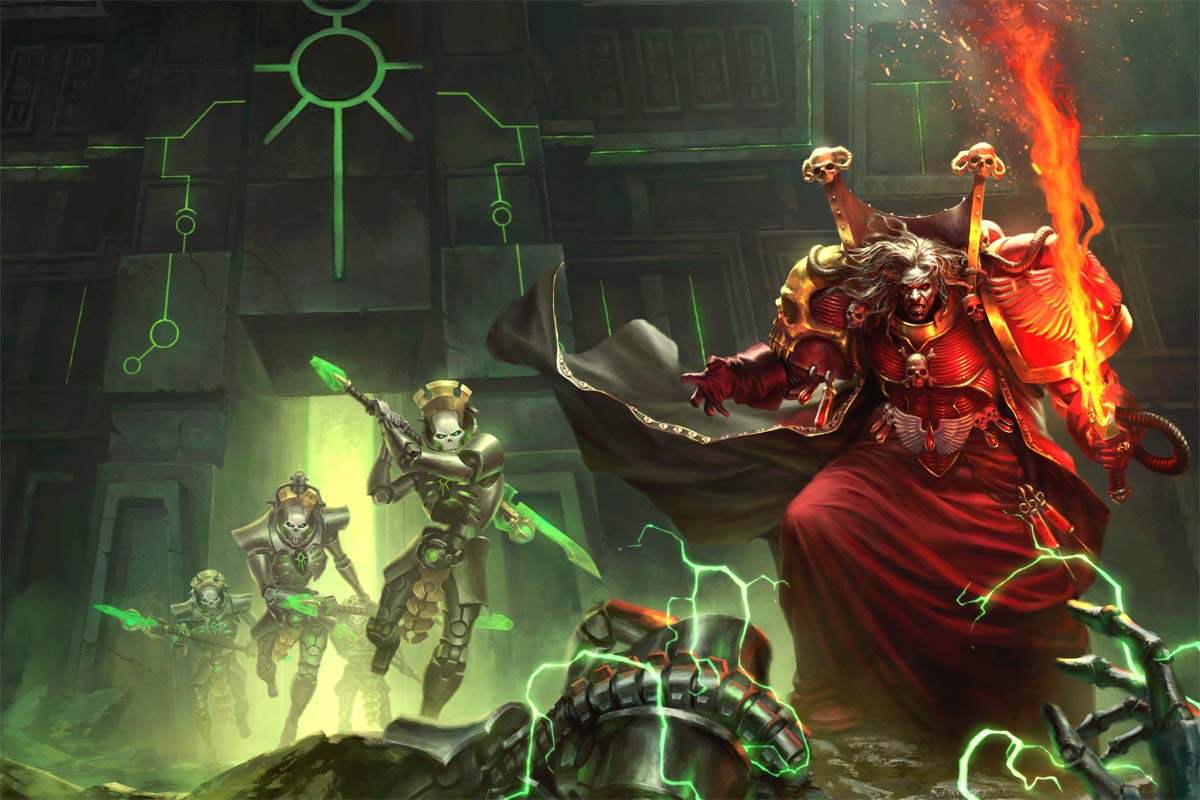 Interestingly, despite claiming their reason for suspending sales is to stand with those suffering, the company is still selling their products across the world in numerous countries where people are suffering.

That begs the question, when will Warhammer suspend their sales in other countries to “stand with those suffering?”

It’s likely they won’t do this because their entire statement is a load of crap. 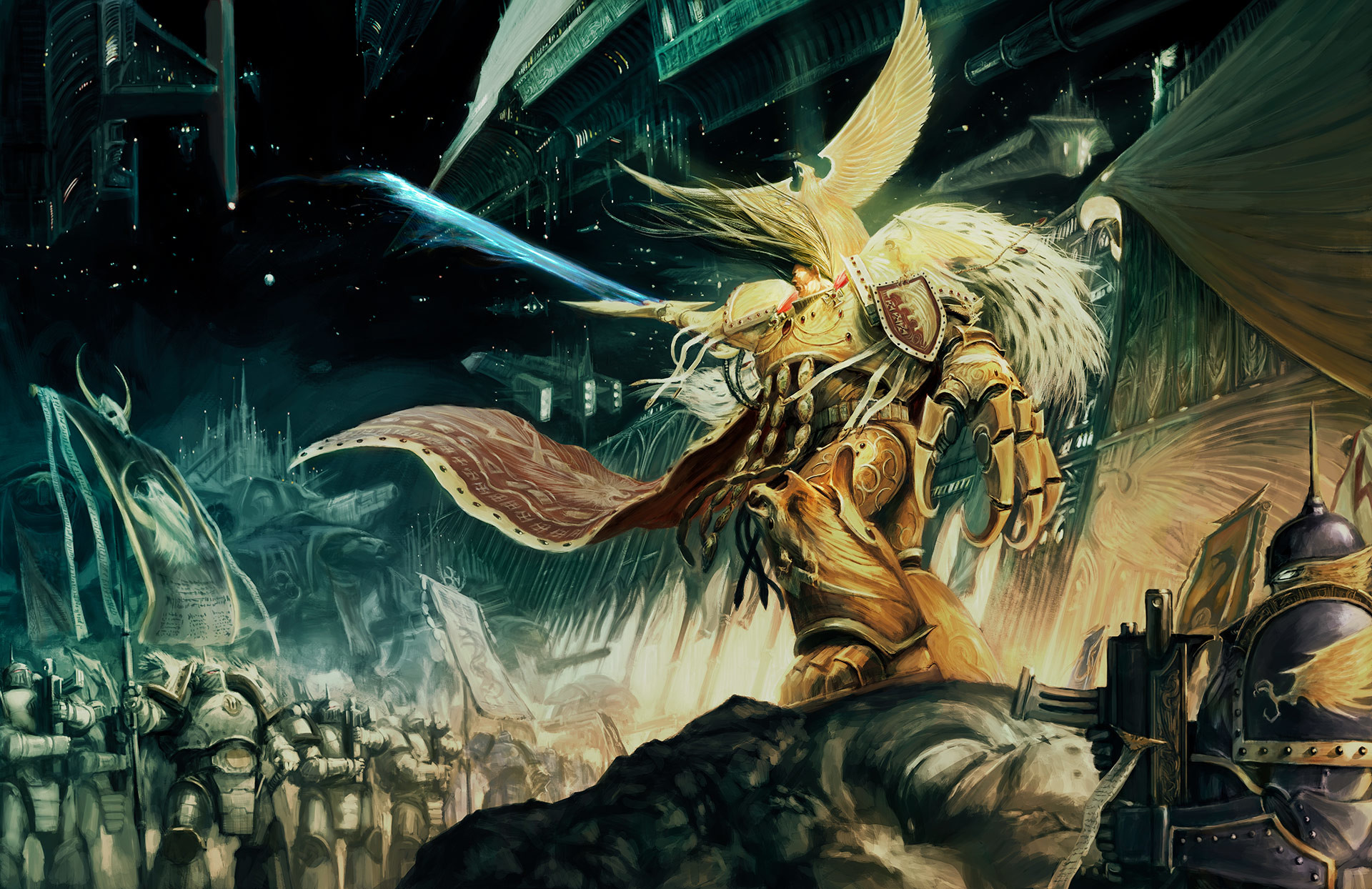 What do you make of this most recent statement from Games Workshop and Warhammer?