The first episode of Paramount’s television adaptation of Halo just touched down, and the problems are more prolific than anyone could have possibly imagined. For casual sci-fi fans, this might cut it (barely), but for longtime fans of the video game franchise, it’s an abomination featuring all the usual suspects that ruin modern adaptations. 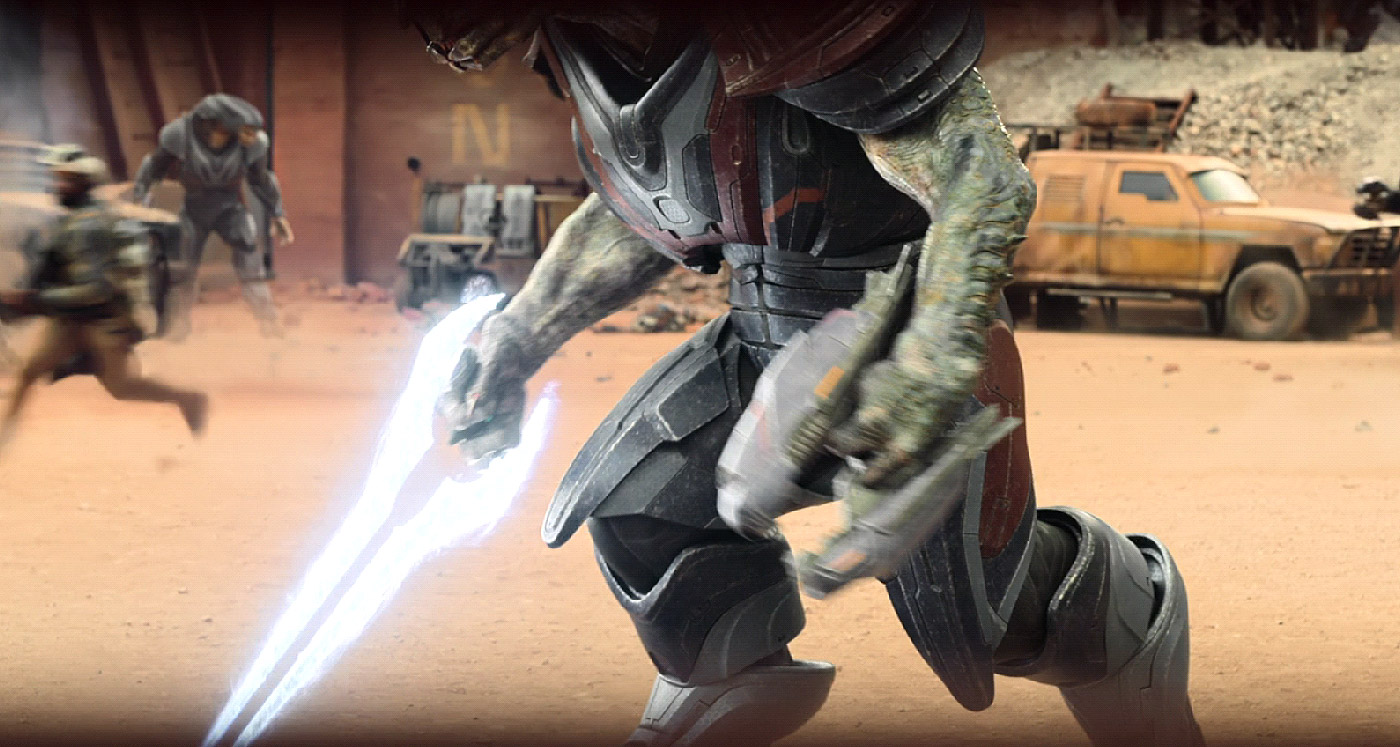 “Contact” begins with a sprawling reveal of an insurrectionist camp on the planet Madrigal, where Covenant forces are busy excavating a dig site in search of ancient technology, which appears to be Forerunner. Their forces launch a brutal and bloody assault on the nearby outpost, which introduces audiences to the character Kwan Ha, who ends up as the only survivor.

Admittedly, the action sequence is superb, pulling no punches, while mixing excellent pacing with sweeping camera angles, excellent sonic cues, and a ton of excitement. Watching Sangheili Elites slaughter humans is a pretty cool experience, albeit disturbing. Children’s limbs are blown off, and adults die a variety of horrible deaths, all without feeling overly exploitative. 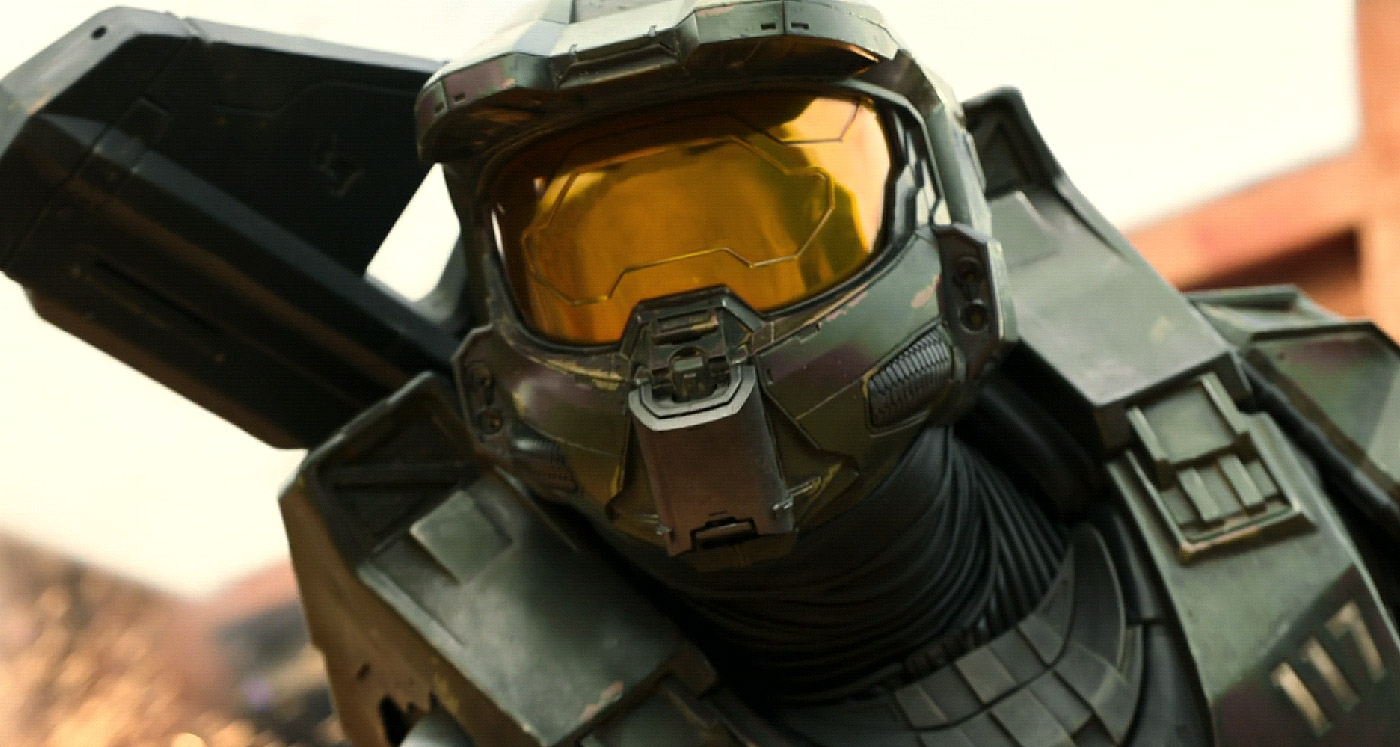 Things really heat up when the Master Chief arrives on the scene with his Silver Team Spartans in tow. The tide turns immediately, showcasing the Spartans doing what they do best – putting down all opposition. The Master Chief, for his part, is rendered incredibly accurate and true to form, right down to the helmet’s visor.

It’s easily the highlight of the episode, swapping cleverly back and forth between third and first-person perspectives in homage to the games, and it’s done with far more class and sincerity than the first-person sequence at the end of 2005’s DOOM film adaptation. Seeing it all from the Master Chief’s perspective is just icing on the cake.

And then, he speaks, and his voice sounds identical to Din Djarin from The Mandalorian, as if that character leaped into the Halo universe and slapped on a new suit of armor. Seriously, it is that noticeable.

In fact, as the episode presses on, it’s almost impossible to distinguish between the two characters. It’s almost as if Paramount studied every single Mandalorian episode, and then tried to model their Master Chief on an identical, note-for-note formula. 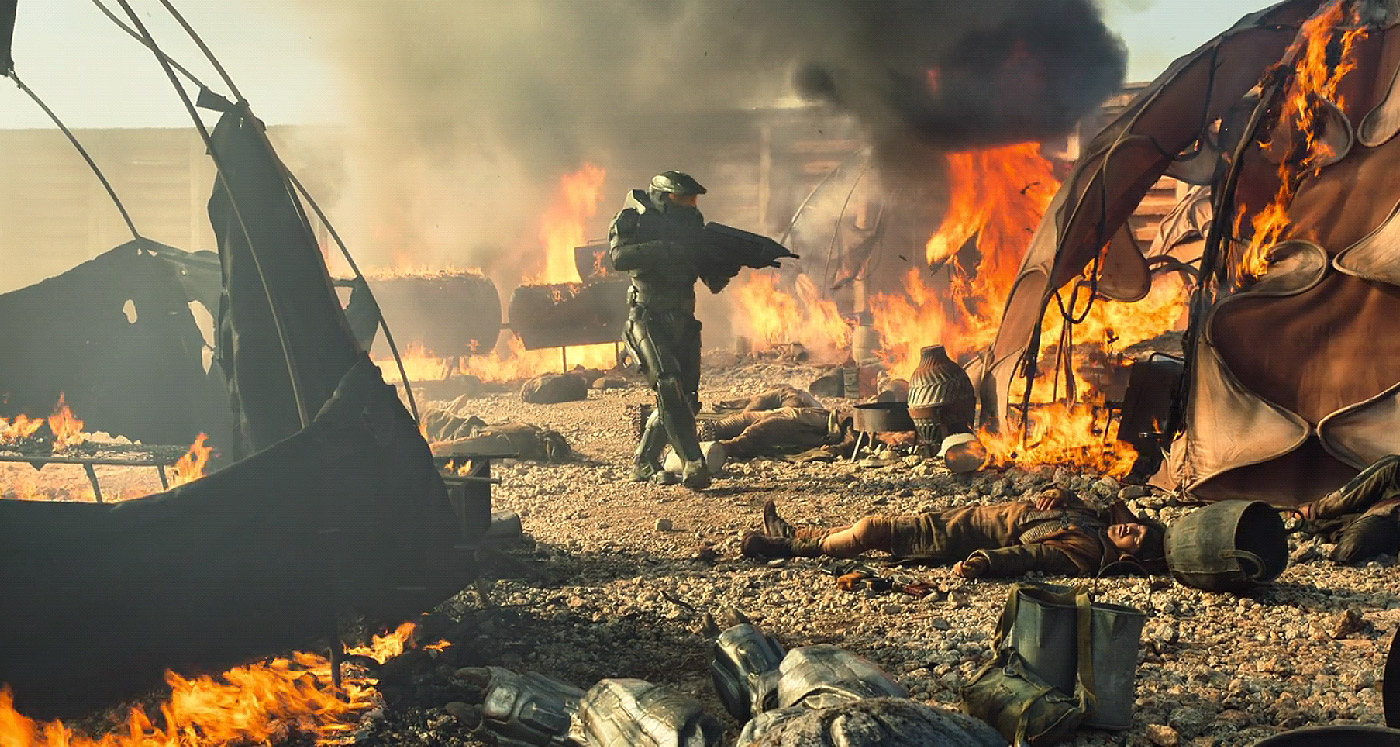 That’s the first sign that trouble is brewing. Rather than simply bringing back longtime Master Chief voice actor Steve Downes in the title role (which would have been a stroke of genius), the showrunners opted to cast The Wire actor Pablo Schreiber, for reasons that would become apparent near the end of the episode.

When the dust settles, audiences are treated to a typical opening credits sequence that steals its visual cues from a variety of modern shows, particularly Westworld, yet fails to properly utilize Marty O’Donnell’s iconic musical theme as the main linchpin to build a bridge between the gaming franchise, and the TV show.

To be fair, the visual quality of the various sets and space shots is top notch. Fans even get a glimpse of High Charity and one of the Prophets (Mercy), who speaks the Covenant language with appropriate subtitles layered overtop. Then, the whole reveal goes out of whack when the character Makee is introduced. 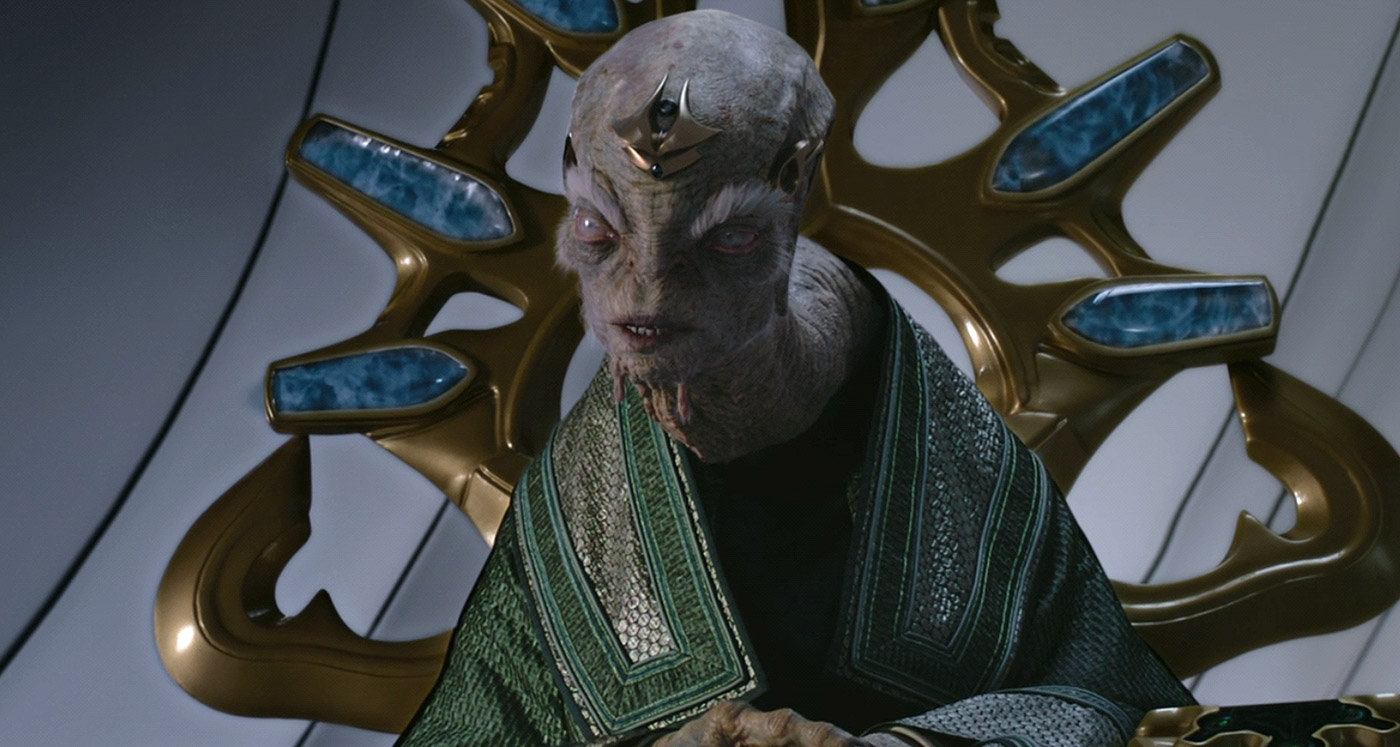 Makee is a human female who apparently was spared by Covenant forces, and raised as one of their own. 343 Industries development director Frank O’Connor hinted in the past that audiences would learn why she was spared within minutes of the character appearing onscreen. That was a lie, but it’s obviously going to play out in future episodes.

By introducing a human into the Covenant’s ranks, it cheapens the entire experience. The Covenant do not need a human avatar standing in to serve as an expositor of information on behalf of the audience. It reeks of cowardice and lack of confidence in the characters already established throughout the franchise lore.

Then, things really go off the rails. 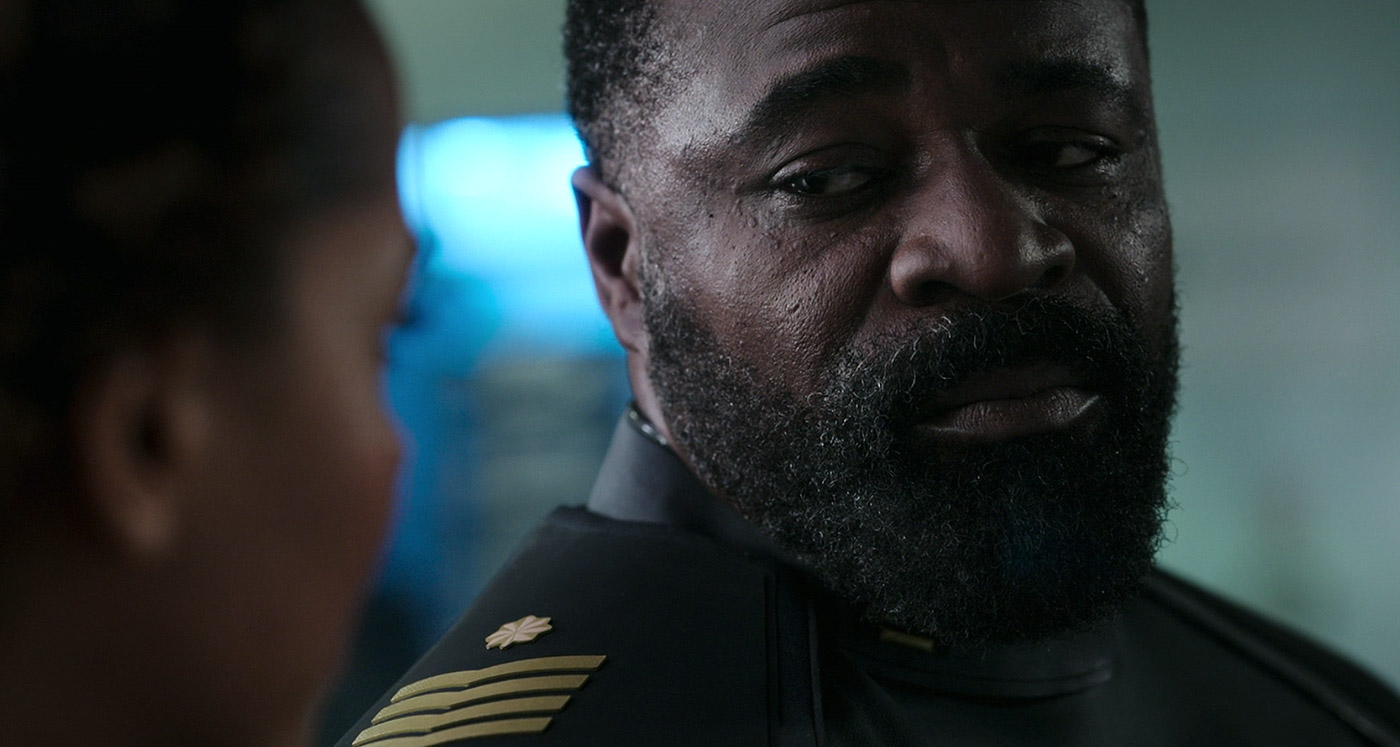 Early teaser content essentially confirmed that the Halo TV series would be loaded with the typical brand of far-Left identity politics, and here they are all over again to stir up trouble, and alienate fans. It’s bizarre to watch the mismatched and altogether politically driven casting decisions, many of which are a literal spit in the face for longtime fans.

The Left’s push for “racial equity” has manifested itself in Halo by having people of color outnumber white characters by a factor of about 10 to 1. Normally, this wouldn’t be much of an issue if the characters in question were written from the onset to come from a particular racial demographic.

And yet, race-swapping has been brought straight to the forefront with characters like Captain Jacob Keyes. It’s worth mentioning that Danny Sapani is a great actor with a lot of presence and charisma, but the fact that he was hired to race-swap the character of Keyes is blatantly overt and obvious. 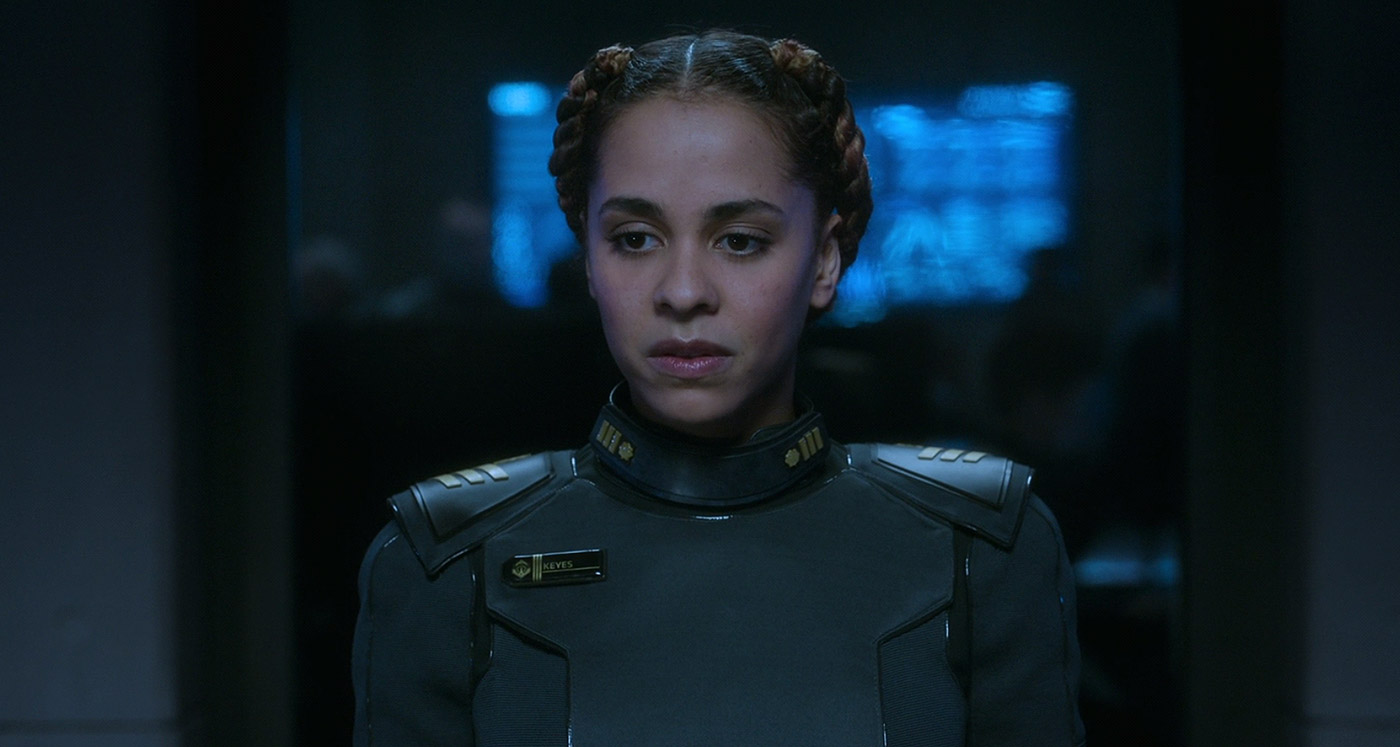 His daughter Miranda is played by Olive Gray, who is woefully miscast in the role. Halo fans know full well how great Miranda was as a character, but it’s impossible to see Gray living up to her as the show goes by. She questions authority at every turn, she behaves like a juvenile millennial, and she lacks anything resembling confidence.

Sorry to all you Halo fans out there, but Paramount doesn’t care what you think. The same overt racists who feel it necessary to race-swap exclusively in one direction are the same hypocrites who will accuse you of racism if you take notice. Would you like to see Sergeant Avery Johnson race-swapped with a white actor? Neither would we. 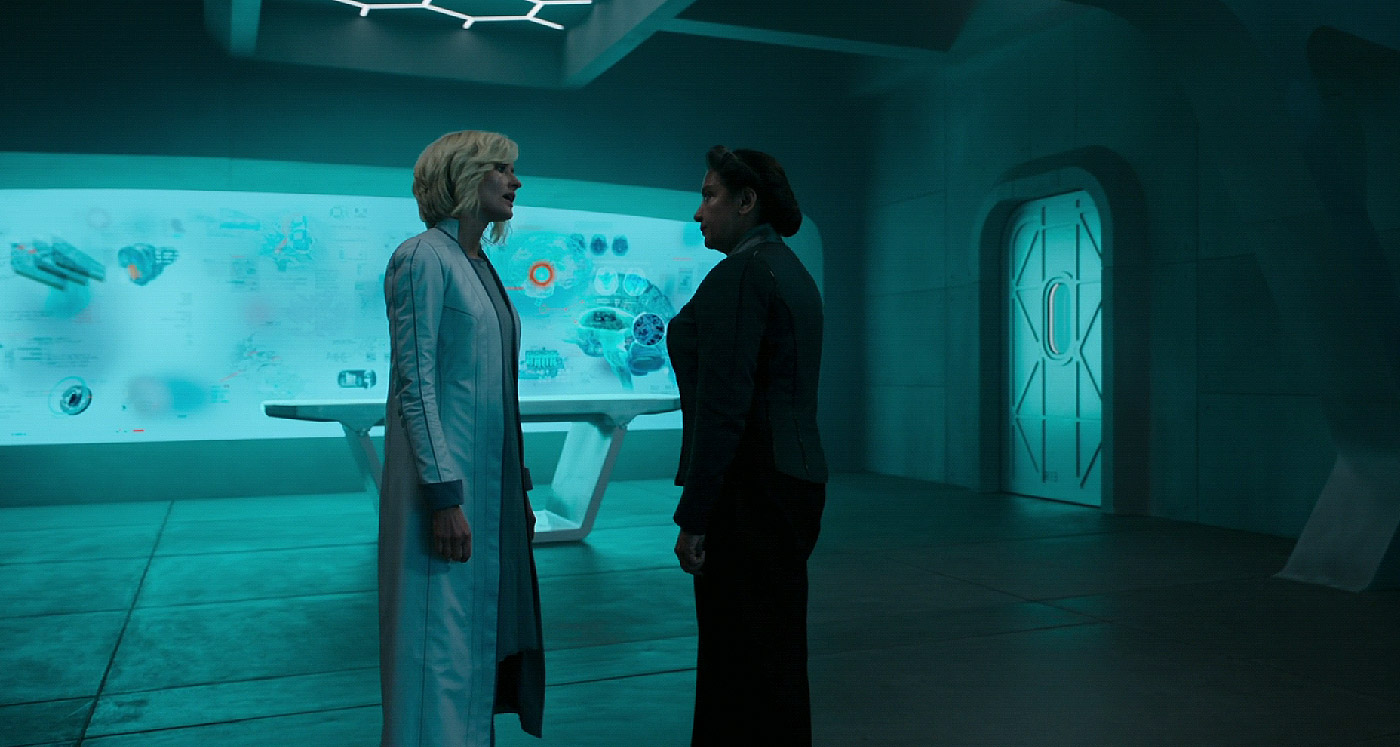 The episode also gives off the obligatory female-centric vibe that will undoubtedly get worse over time. Kwan Ha berates and chastises the Master Chief, while Admiral Margaret Parangosky struts about trying to sell the notion that she’s a powerful leader. Unfortunately, actress Shabana Azmi looks downright miscast and awkward, like she has no idea what she’s doing.

Once again, all females need to be in positions of power, while all men need to be subordinates. On the racial side, all non-white actors must be running the operation, while all white characters must lower their eyes and know their place.

This is especially ironic, given the last scene of the episode where hundreds of UNSC soldiers converge on a dropship containing the Master Chief. The overwhelming majority are white, almost to suggest that they’re only useful as foot soldier cannon fodder on the front lines. 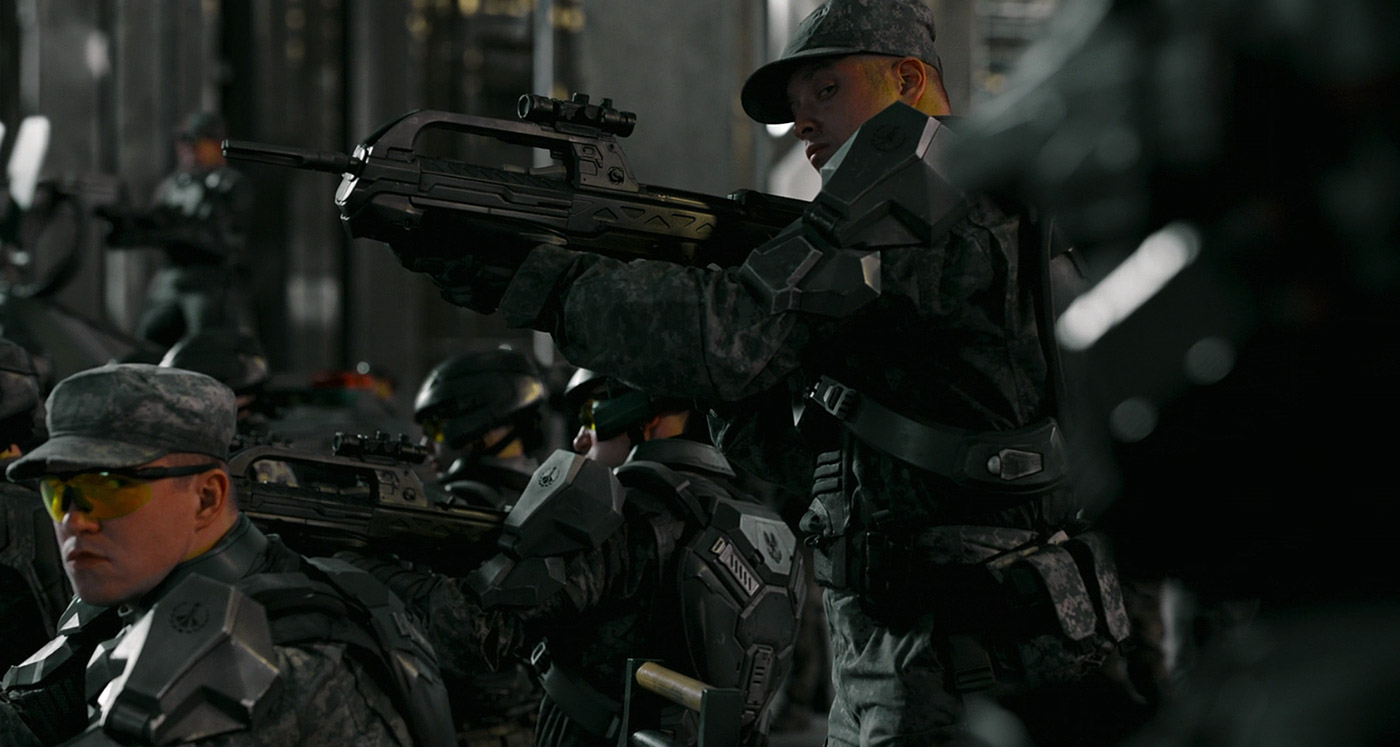 Did we read too much into that? Somehow, we doubt it, because we’re acutely aware of how racist the Left are towards Caucasians, or other denominations like Jews, Hispanics and Asians, who are now deemed “white-adjacent” in Leftist social circles.

It’s no secret that many of the people involved in the creation of the TV show never played a single Halo game in their entire lives, which is bound to cause problems. Nobody really looks or feels as if they understand the universe they’re representing, and that goes double…nay, triple for the Master Chief himself.

In short, it’s a disaster. The Master Chief of the Halo video games was confident to a fault, even when he failed. Here, he looks puzzled, uncertain, and out of his depth. It’s so bad that he even cracks a joke in the latter half of the episode… then literally says “That was a joke.”

The Master Chief does not joke. 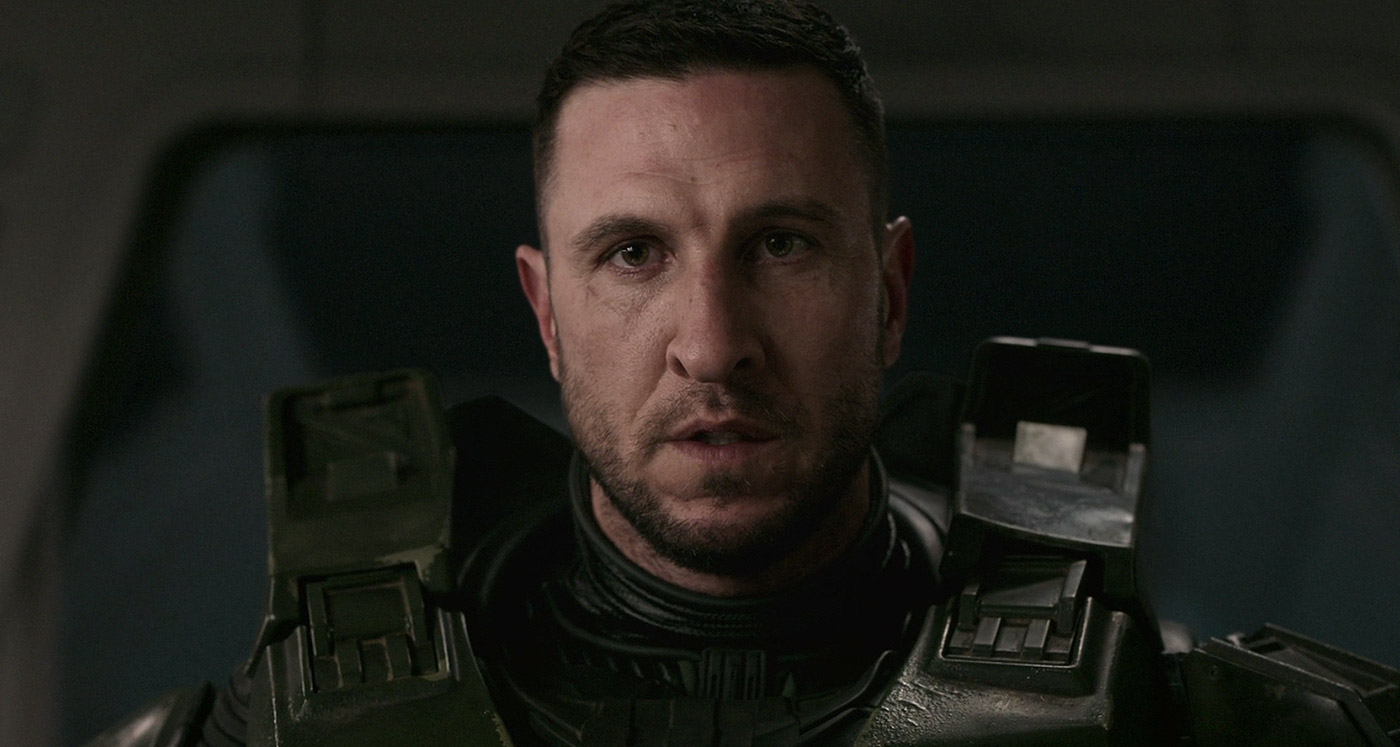 And finally, the episode really hits rock bottom the moment the Chief takes his helmet off in order to reveal Pablo Schreiber’s face. This was a fatal and suicidal mistake, and it’s astonishing to see it happen in the very first debut episode. Like The Mandalorian, the lead character’s masked persona is what sells him, and revealing the face is a huge no-no.

For instance, had The Mandalorian waited until the final episode of season 2 to show the first big reveal, it would have worked. However, Din Djarin’s face was shown several times prior to that episode, which ended up robbing the character of his mystery. Here, Halo goes for broke right out of the gate, to its own detriment. 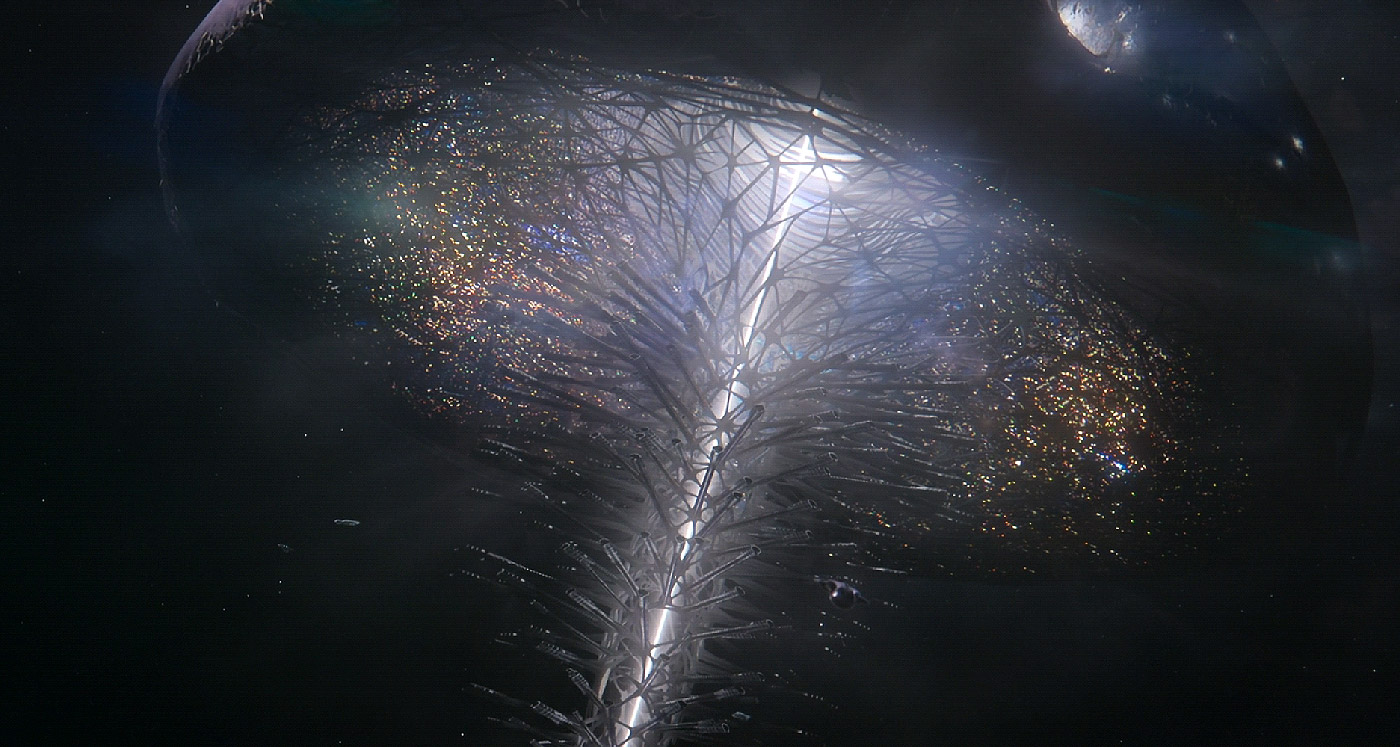 In fact, it’s a signal that the showrunners lack confidence in the Master Chief’s iconic pop culture status, and felt they needed to show a face for fans to connect to. This is what happens when creatives in charge of a decades-long franchise never bother to do their homework.

It can be seen in every single frame of the episode. Battles are shot beautifully, the entire aesthetic look of the show is flat-out phenomenal, and it nails all the architecture, weapons and creature designs of Halo with uncanny accuracy. Yet, for all its visual splendor, the modern trappings of bad storytelling seep in and cause the foundation to rot. 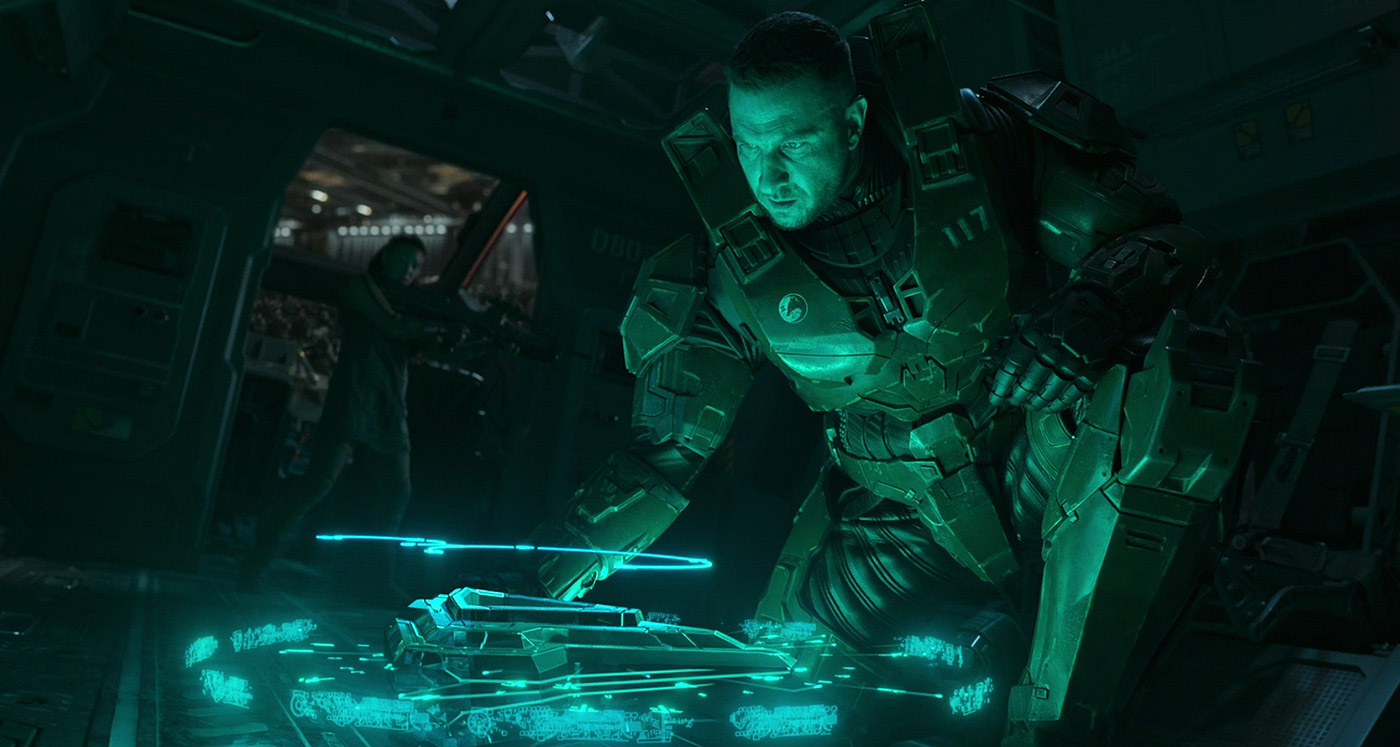 If the first episode is anything to go by, Halo is a bad, bad show, and should probably be kept at bay with a very long stick. When a series manages to botch so much in the debut episode, it rarely recovers. Pilot episodes are designed to attract viewers, whet their appetites, and keep them coming back for more, but Halo does the precise opposite.

It seems the once-hot Halo franchise has begun falling into a rut that it can’t escape from. The recent release of Halo Infinite didn’t exactly light the gaming world on fire, despite some much-beloved gameplay improvements, but underneath the glossy exterior was a rusty narrative. Same with this show.
RELATED: Fans Blue Over Cortana’s Appearance In First Trailer For Live-Action Halo Series
Halo is an aggravating show to watch, because the right elements and ingredients are there, on the table, just waiting to cook up something delicious. Yet, an overabundance of identity politics seasoning is combined with the showrunners failing to read the recipe instructions properly, then burning the entire dish to a cinder.
When the wrong priorities take the top spots on a modern production, fans tune out. In an ironic twist of fate, critics have been savaging Halo with a 58% score on RottenTomatoes, versus a 72% audience score, which is absolutely underwhelming in every conceivable regard. 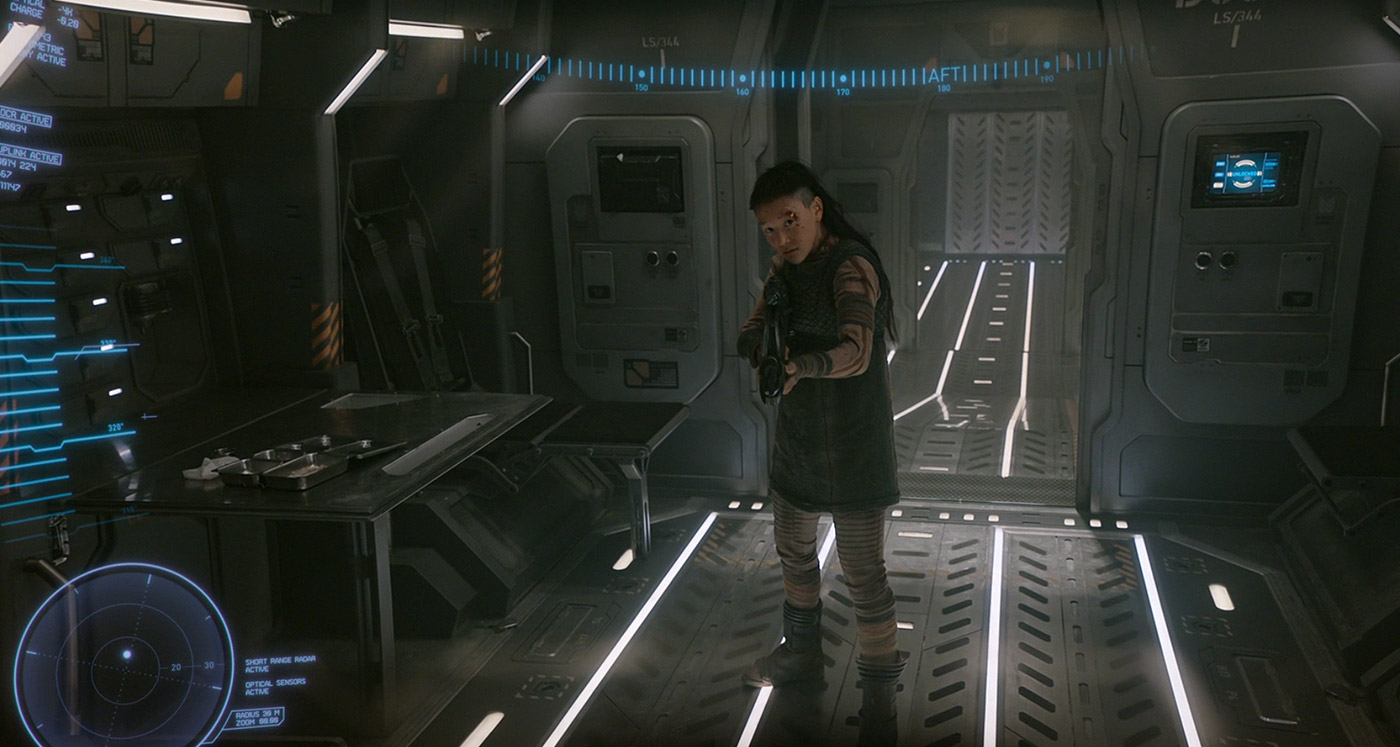 Paramount has been championing the wrong causes for too long, most notably with the bastardized fan fiction that is modern Star Trek, but Halo was a chance to test out a completely different model. Instead, they doubled down, went Woke, let the story go to hell, and created another very expensive digital paperweight.
I need a weapon…to kill this show before it spreads like the Flood.
NEXT: 343 Industries To Reportedly Replace Halo: Reach ‘Gender’ Options With ‘Body Type’ In Upcoming Halo: The Master Chief Collection Season 8