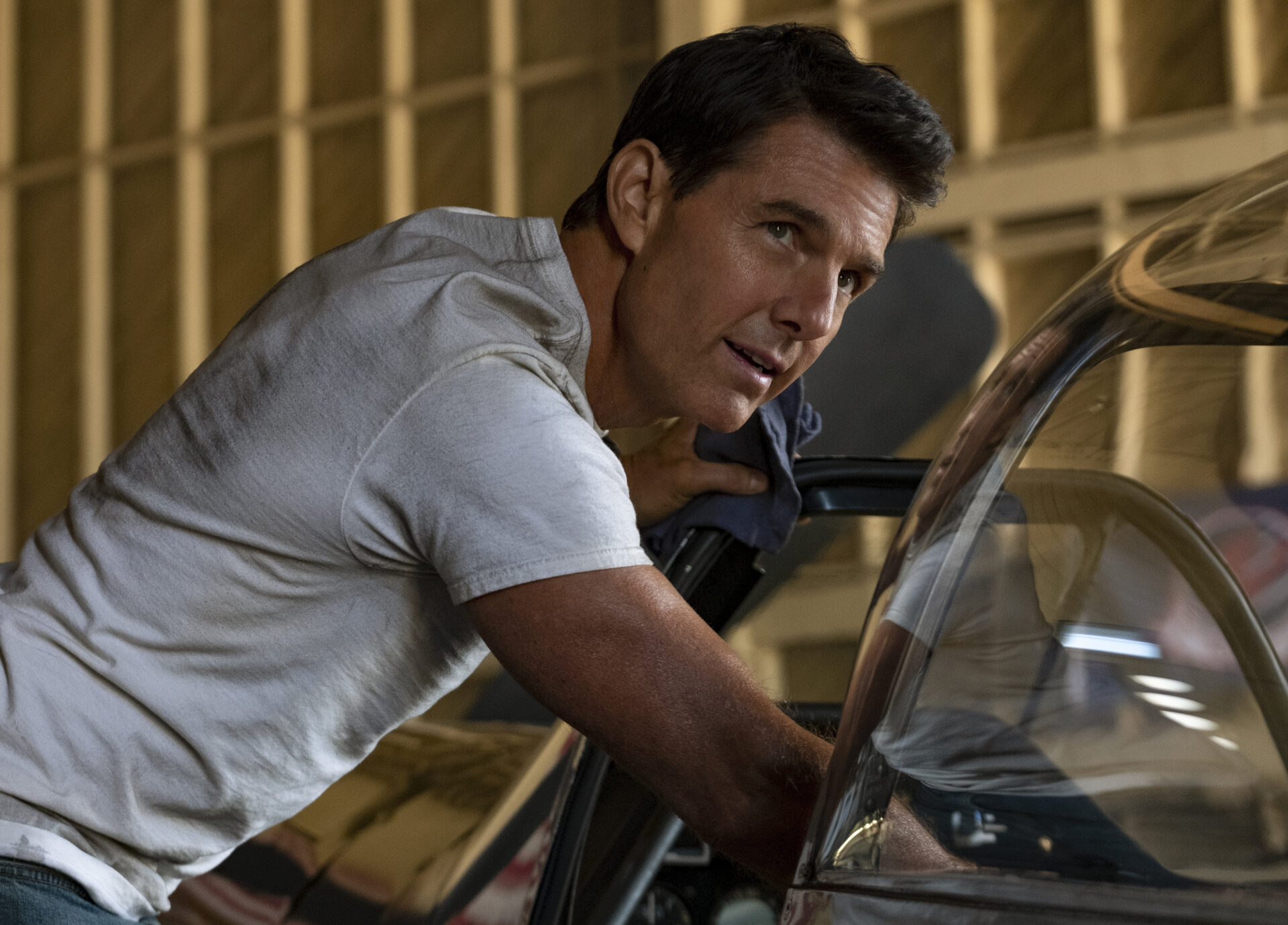 He explained, “The jacket was a huge deal to a lot of people. Everybody was saying, ‘It’s a big part of who Maverick is!’ I thought, ‘I could barely describe the jacket to you.’ It’s not Indiana Jones’ hat. It’s not Superman’s cape. It’s an aviator jacket.” 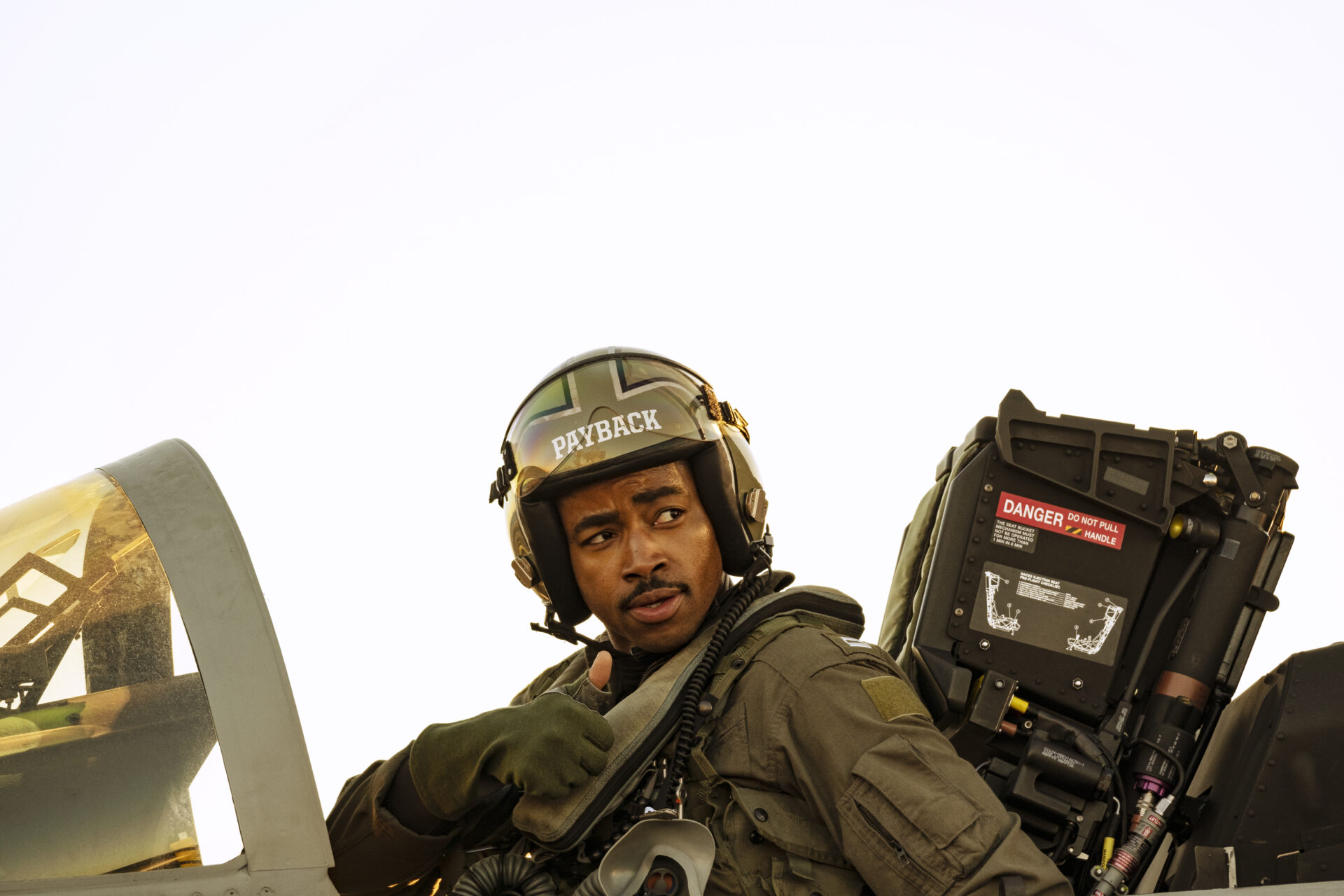 Cruise indicated he didn’t want to bring the jacket back for the sequel saying, “I was like, ‘This is ridiculous. I’m not going to wear this!’”

He added, “It was part of the legacy of the first one. How do you know what to leave out and what to add in?”

The jacket is obviously in the film and Cruise explains its purpose, “We finally figured out how to put it in. It’s a lucky jacket.”

McQuarrie would elaborate, “Now, we have him open a closet and go into the back and pull the thing out and wear it for a special occasion. I said to Tom, ‘You wear the jacket, the jacket doesn’t wear you.’ Maverick is still Maverick, but he’s not stuck in the past.” 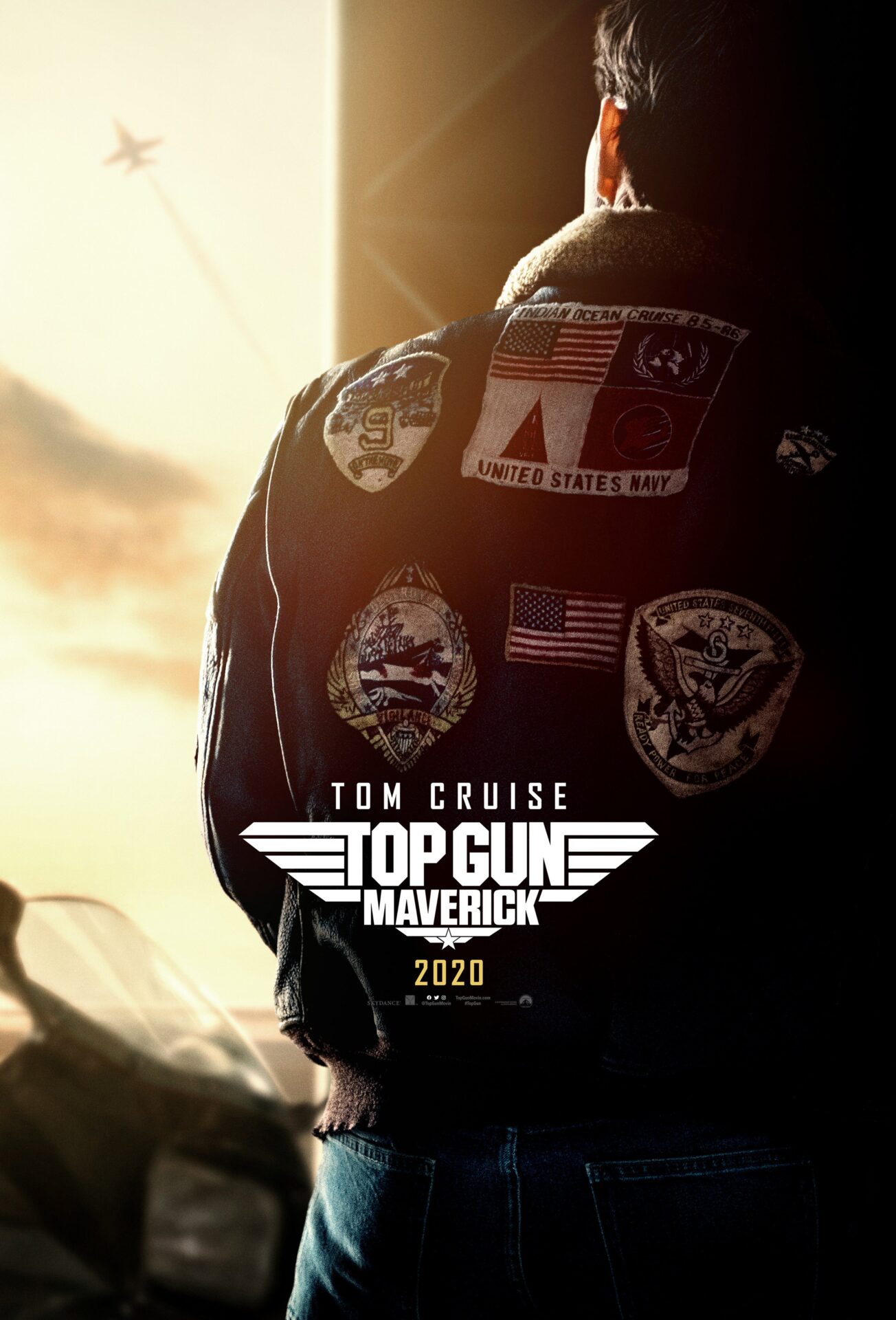 While McQuarrie claims the jacket was “the biggest” creative challenge for the film, it’s also at the center of controversy surrounding the film. When the movie released its first trailer and poster, Maverick’s jacket was noticeably different from the one seen in the first film.

As you can see above, the poster removed the Japanese and Taiwanese flags from the patch in the center of the jacket. Not only did they remove the flags, they replaced them.

On top of replacing these flags they also changed the text above the American and United Nations flags as well as the text below the replacement flags for Japan and Taiwan.

Instead of reading Far East Cruise 63-4 above the flags and USS Galveston below the flags, the patch now states Indian Ocean Cruise 85-86 and United States Navy.

As Military.com pointed out the original patch actually commemorated a “real-life US battleship’s tour of Japan, Taiwan, and the Western Pacific.” In the film, the patch was believed to commemorate his father’s tour of duty where he was involved in a dog fight and ended up saving three of his fellow pilots before he was shot down and killed. 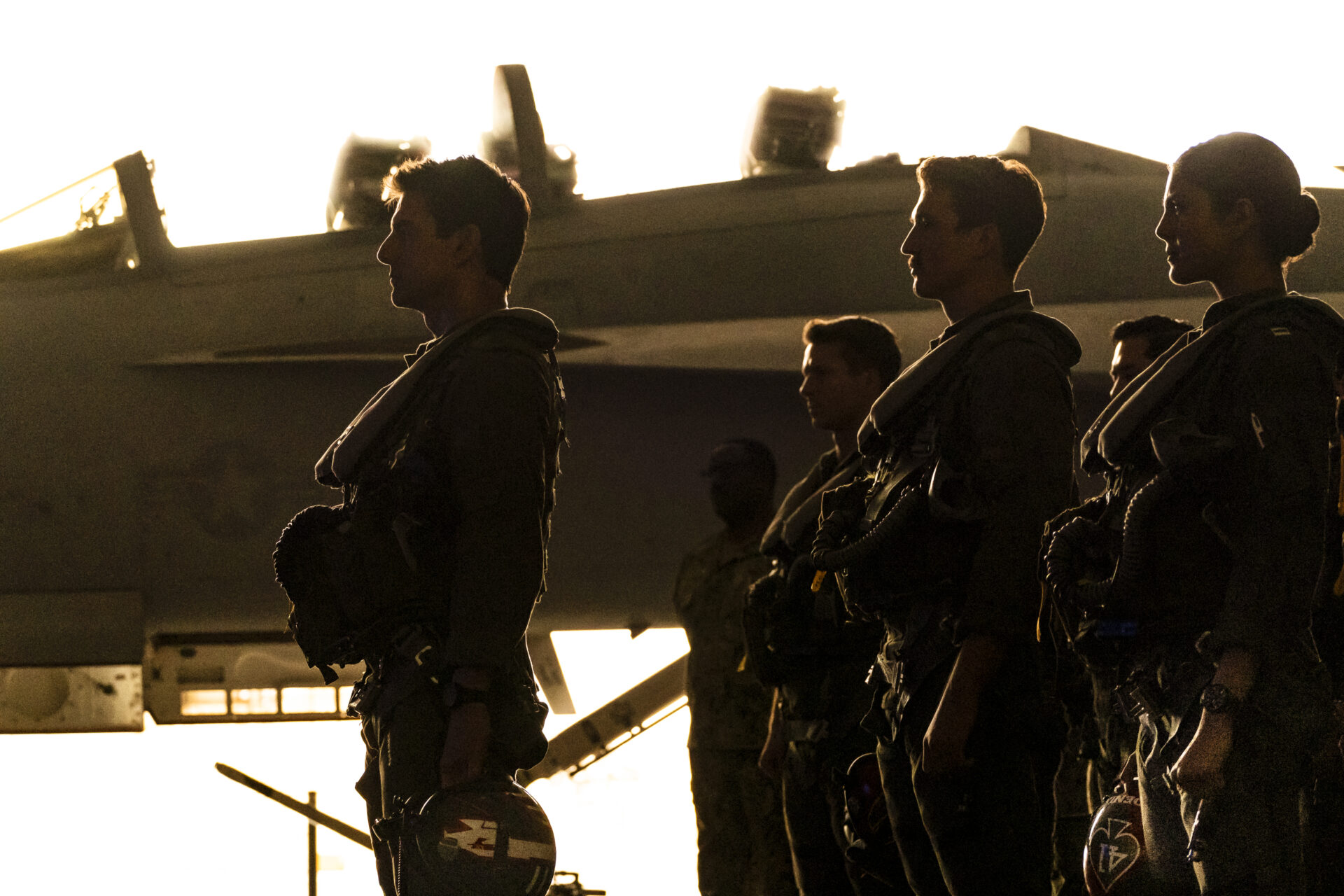 As for the new designation of Indian Ocean Cruise, it’s possible it commemorates Maverick’s own tour of duty. When the original film begins, he’s based on the aircraft carrier the USS Enterprise in the Indian Ocean, where he engages with a number of MiGs alongside his R.I.O. Goose, fellow pilot Cougar and his R.I.O. Merlin.

Maverick would return to the USS Enterprise in the Indian Ocean for the film’s final battle where he flies alongside Merlin, Iceman, Slider, Hollywood, and Wolfman. Given this battle in the Indian Ocean it’s possible Maverick might have replaced his father’s patch with his own; however, given Maverick’s character it’s unlikely he would have done. 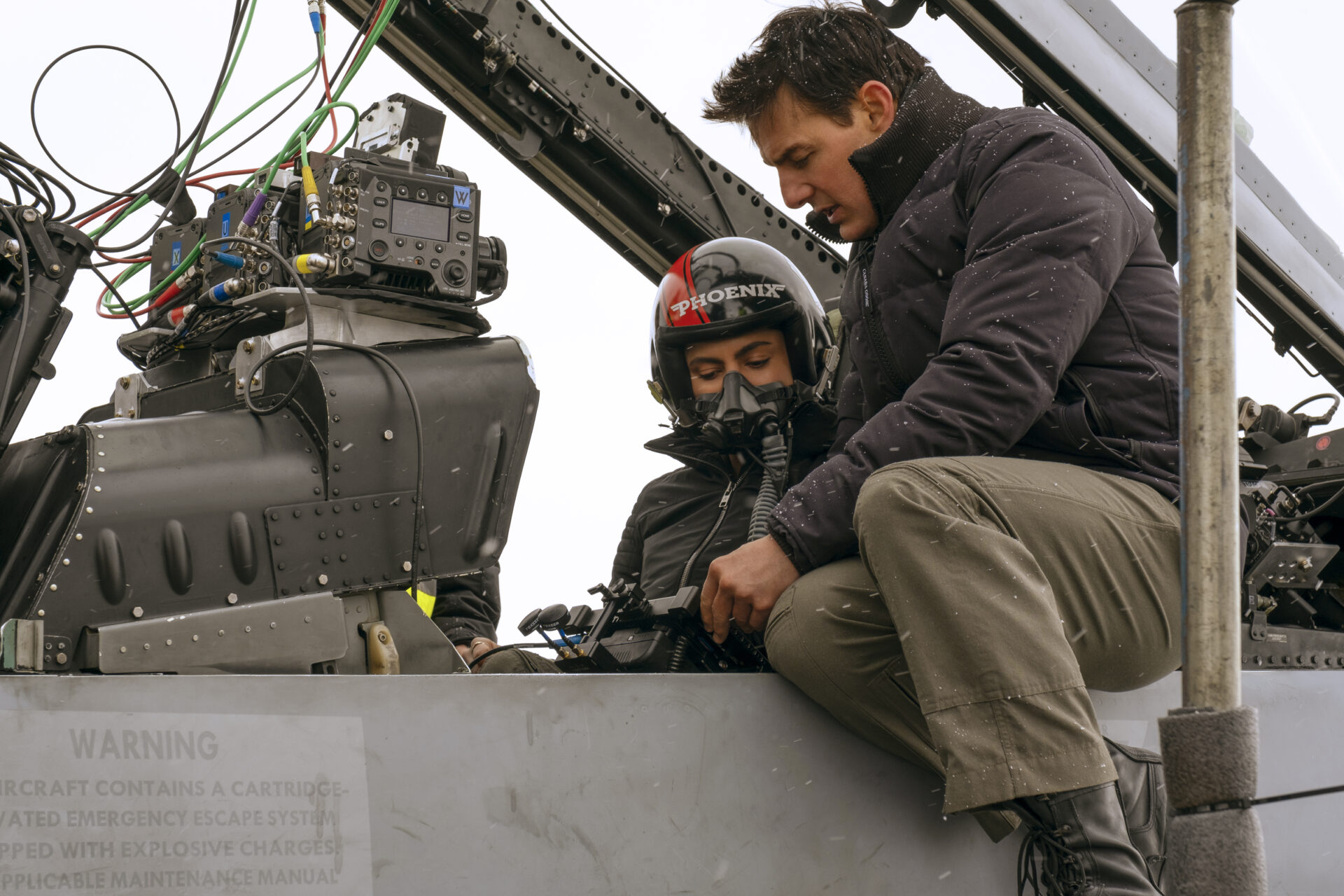 Monica Barbaro and Tom Cruise on the set of Top Gun: Maverick from Paramount Pictures, Skydance and Jerry Bruckheimer Films.

Many speculated at the time the patch was changed to adhere to Chinese censors in order to get the film approved in China and cater to the film’s Chinese production company, Tencent Pictures. 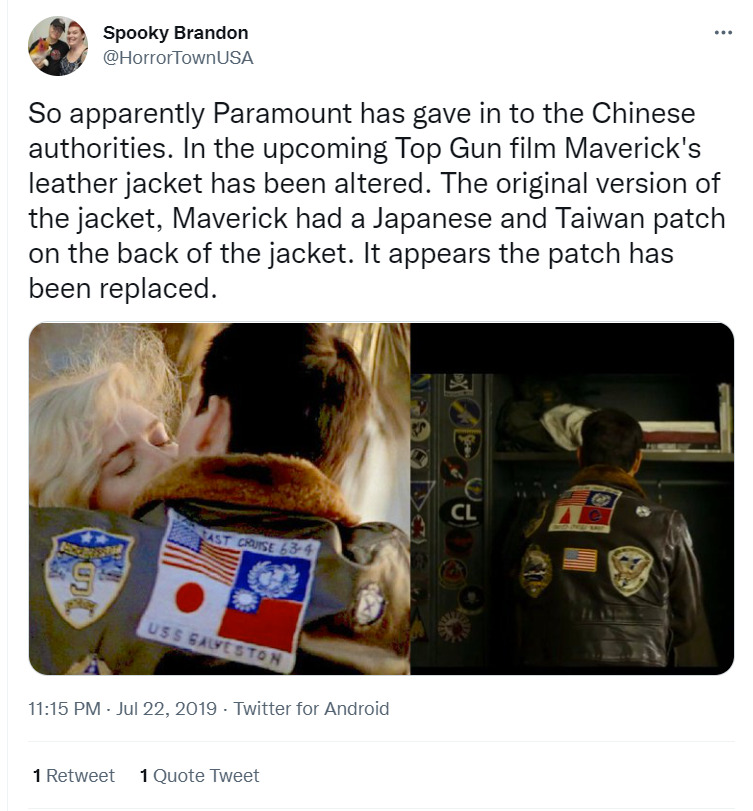 Top Gun: Maverick arrives in theaters on May 27, 2022. The official description for the film states, “After more than thirty years of service as one of the Navy’s top aviators, Pete ‘Maverick’ Mitchell (Tom Cruise) is where he belongs, pushing the envelope as a courageous test pilot and dodging the advancement in rank that would ground him.”

“When he finds himself training a detachment of TOPGUN graduates for a specialized mission the likes of which no living pilot has ever seen, Maverick encounters Lt. Bradley Bradshaw (Miles Teller), call sign: ‘Rooster,’ the son of Maverick’s late friend and Radar Intercept Officer Lt. Nick Bradshaw, aka ‘Goose’,” it concludes. 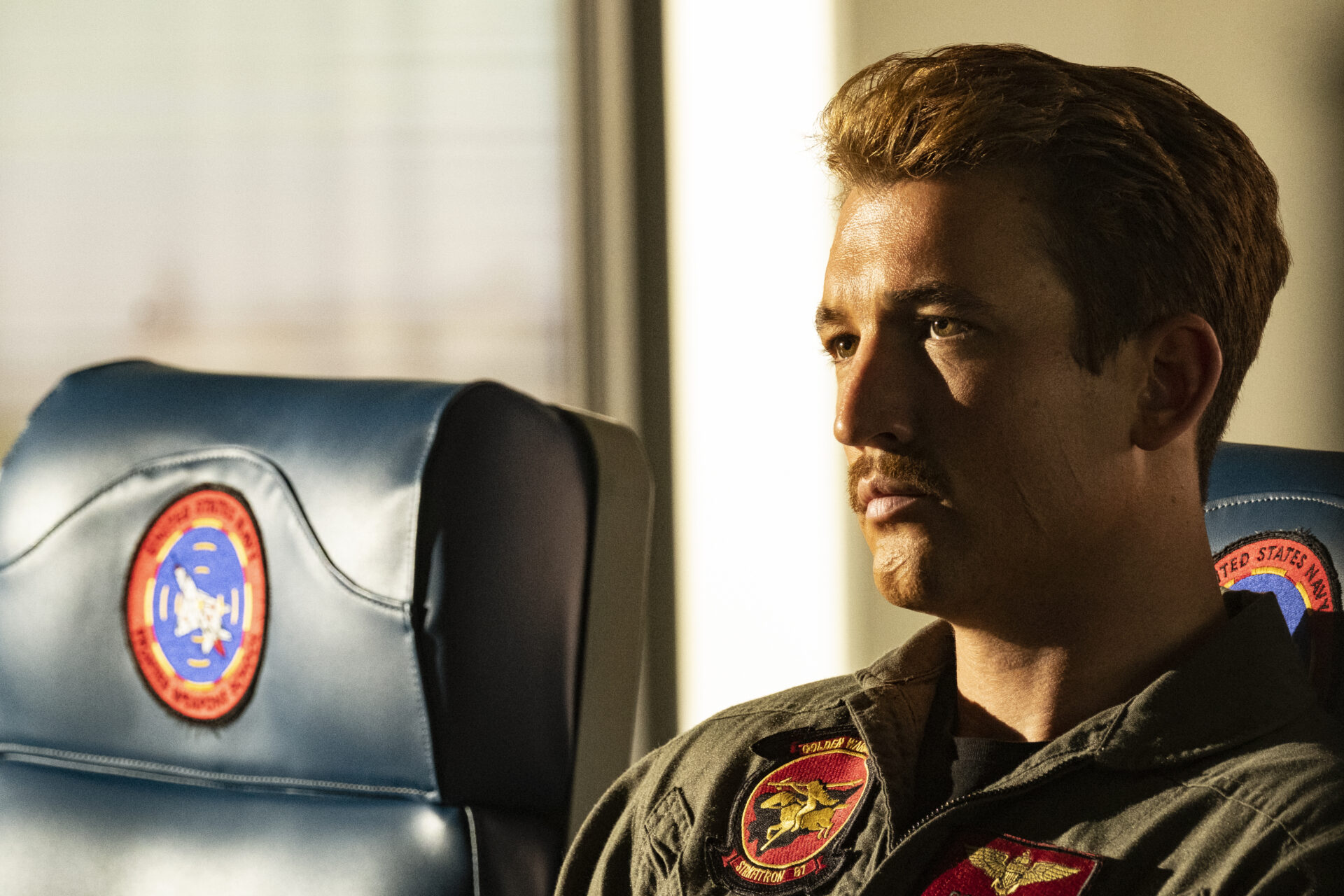 What do you make of Cruise and McQuarrie’s comments about the jacket?