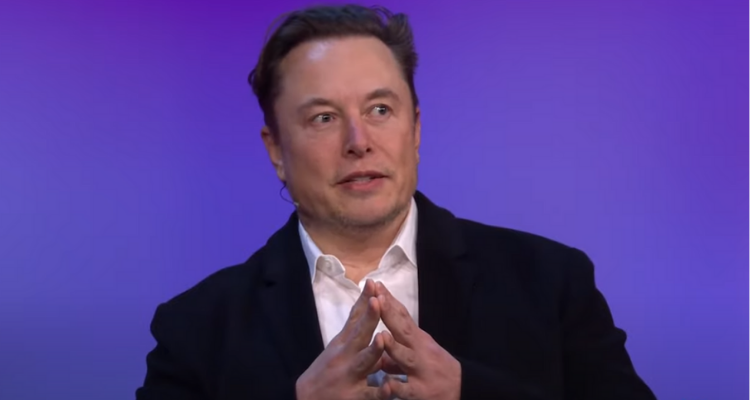 These comments come after a report in The Wall Street Journal (WSJ) noted that “Twitter Inc. is in in advanced discussions to sell itself to Elon Musk and could finalize a deal Monday.”

The WSJ also noted, “The two sides worked through the night to has out a deal that would be valued at $54.20 a share.” 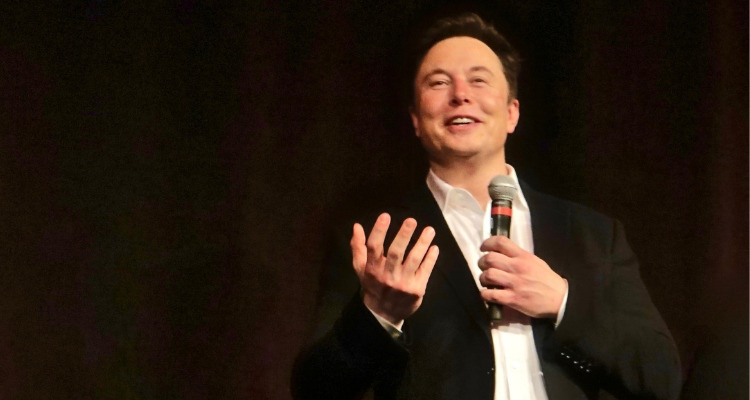 In reaction to this news, Pete Woods, known for his work on Superman in Action Comics, tweeted, “I won’t delete Twitter if that guy buys it, but I’ll spend a lot less time here just like FB and IG.”

Woods then unironically added, “It’s useful tool, but I’m not really into participating in billionaires’ ego trips. It’s certainly making me rethink my relationship with social media as a whole.” 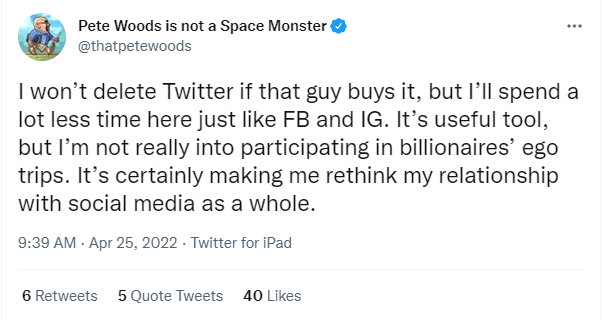 Patrick Zircher, who recently provided art duties on Marvel’s Savage Avengers series, tweeted, “Too soon to know. Letting banned people back on or doing away with mutes and blocks would be a big tell.” 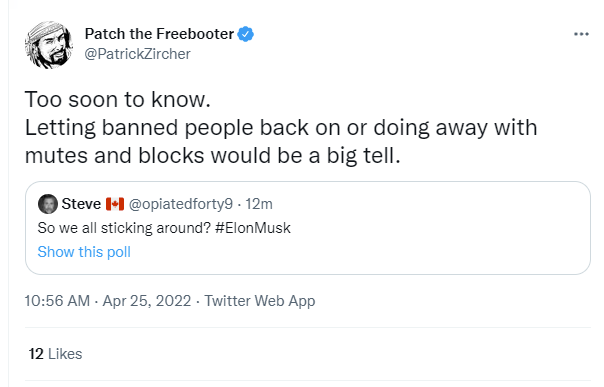 Zircher followed that tweet up adding, “Can’t imagine this place working without mutes and blocks. I think that would tank it. I doubt he’d get rid of those. Letting banned people back on would not surprise me.”

“If that billionaire is your political hero– well, you get the failing society you asked for,” he added. 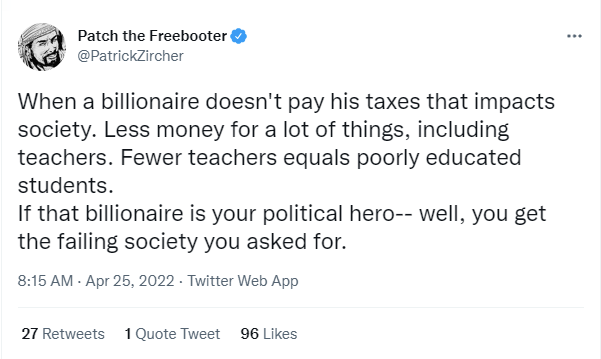 Matthew Sturges, who now calls himself Lilah Sturges, and is the writer of the graphic novel adaptation of Denis Villeneuve’s Dune film, tweeted, “If we all leave Twitter I say we go back to what started it all in the late 90s: online journals, those things ruled.”

In a follow-up, he wrote, “(not deleting but this’ll become an automated announcements account soon – dipping a toe back in twitter after six months of using it only for announcements has underscored that this thing has become useless to me for socializing, networking, political work, fun, etc) 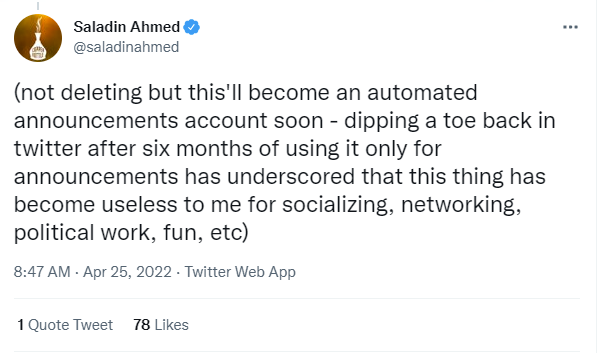 He then noted, “twitter stopped being useful for me a WHILE ago but it kind of felt silly to think of it as a serious loss.”

“if I’m honest though, it’s been a big one: folks on this site kept me afloat when I was broke, got me into therapy, helped me build a career, made me smile and laugh DAILY,” Ahmed added. 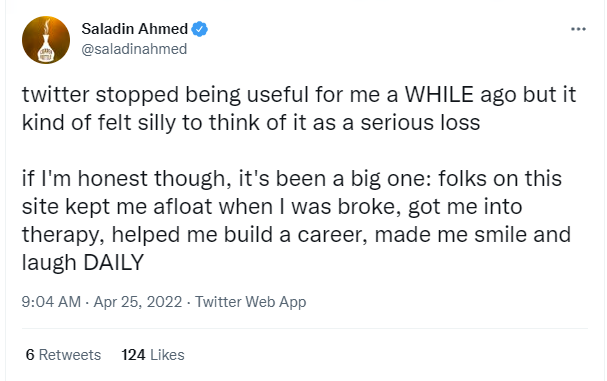