At a special program celebrating Sailor Moon’s 30th anniversary, it was announced that the final arc of Naoko Takeuchi’s Sailor Moon manga will be adapted into two films titled Pretty Guardian Sailor Moon Cosmos The Movie.

These movies will be the equivalent to the fifth and final season of the Sailor Moon Crystal anime also known as Sailor Moon Stars.

The official Sailor Moon Twitter account confirmed the announcement writing, “[Update] In the early summer of 2023, it has been decided that the movie version of “Bishoujo Senshi Sailor Moon Cosmos” will be released in two parts in a row, “Part 1” and “Part 2”! 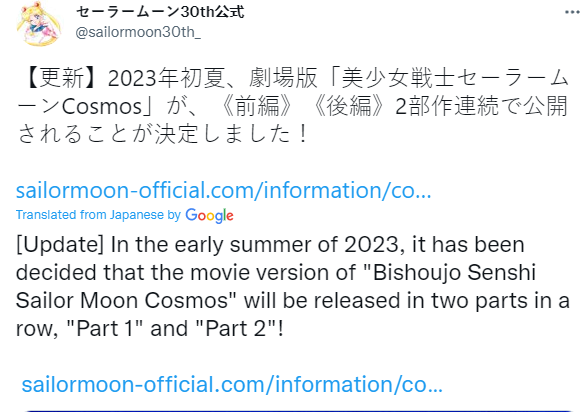 Sailor Moon Crystal is a reboot of the original anime and is considered to be a more faithful adaptation to the original manga. Crystal was released to celebrate the 20th anniversary of the Sailor Moon manga.

So to see Crystal’s adaptation of Sailor Moon Stars be announced on the 30th anniversary makes complete sense. 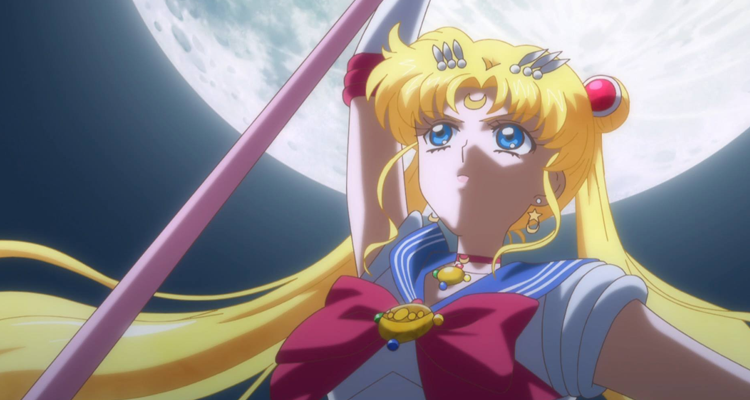 Produced by Toei Animation, each season adapted an individual arc of the original Sailor Moon manga. The first 3 seasons were seasonal anime streamed on Hulu and Crunchyroll.

Instead of producing a fourth season for the Eternal arc, Toei decided to split the arc into two movies titled Sailor Moon Eternal which streamed on Netflix. 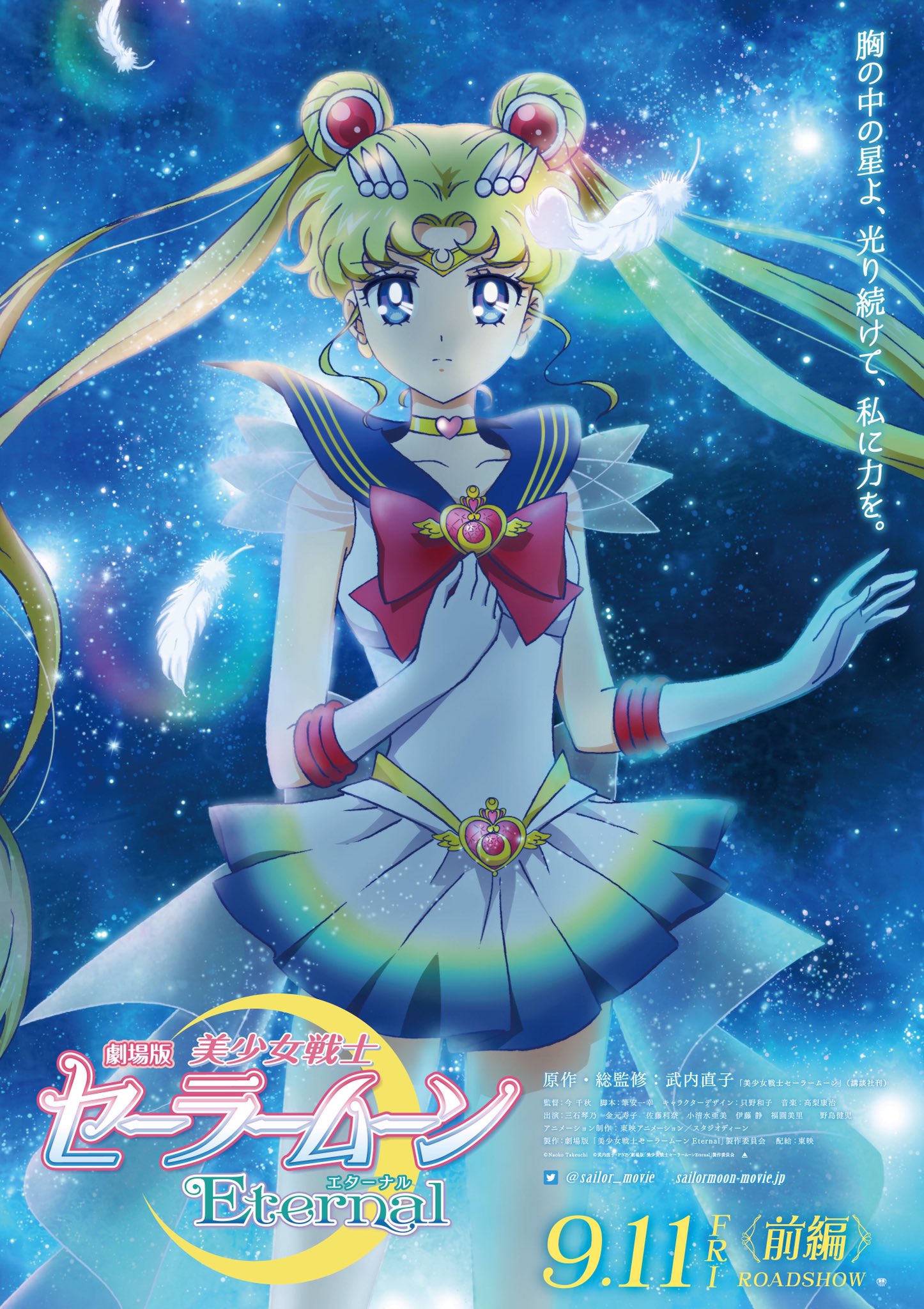 Pretty Guardian Sailor Moon Cosmos The Movie will be an adaptation of the Shadow Galactica arc.

According to a synopsis of the film provided by the Sailor Moon official website, (translated via google translate) “‘Shadow Galactica’, the final chapter of the “Sailor Moon” series, is drawn in this work. A new enemy “Shadow Galactica” appears.”

“Friends are targeted one after another, and Sailor Moon and others throw themselves into the battle again,” it continues. “In front of the strongest enemy, she seems to be overwhelmed by loneliness, but she still raises her face and moves forward.”

“Please look forward to the final story of the strong and beautiful sailor warriors who will face each other while struggling with their mission as to what they are fighting for,” the synopsis concludes. 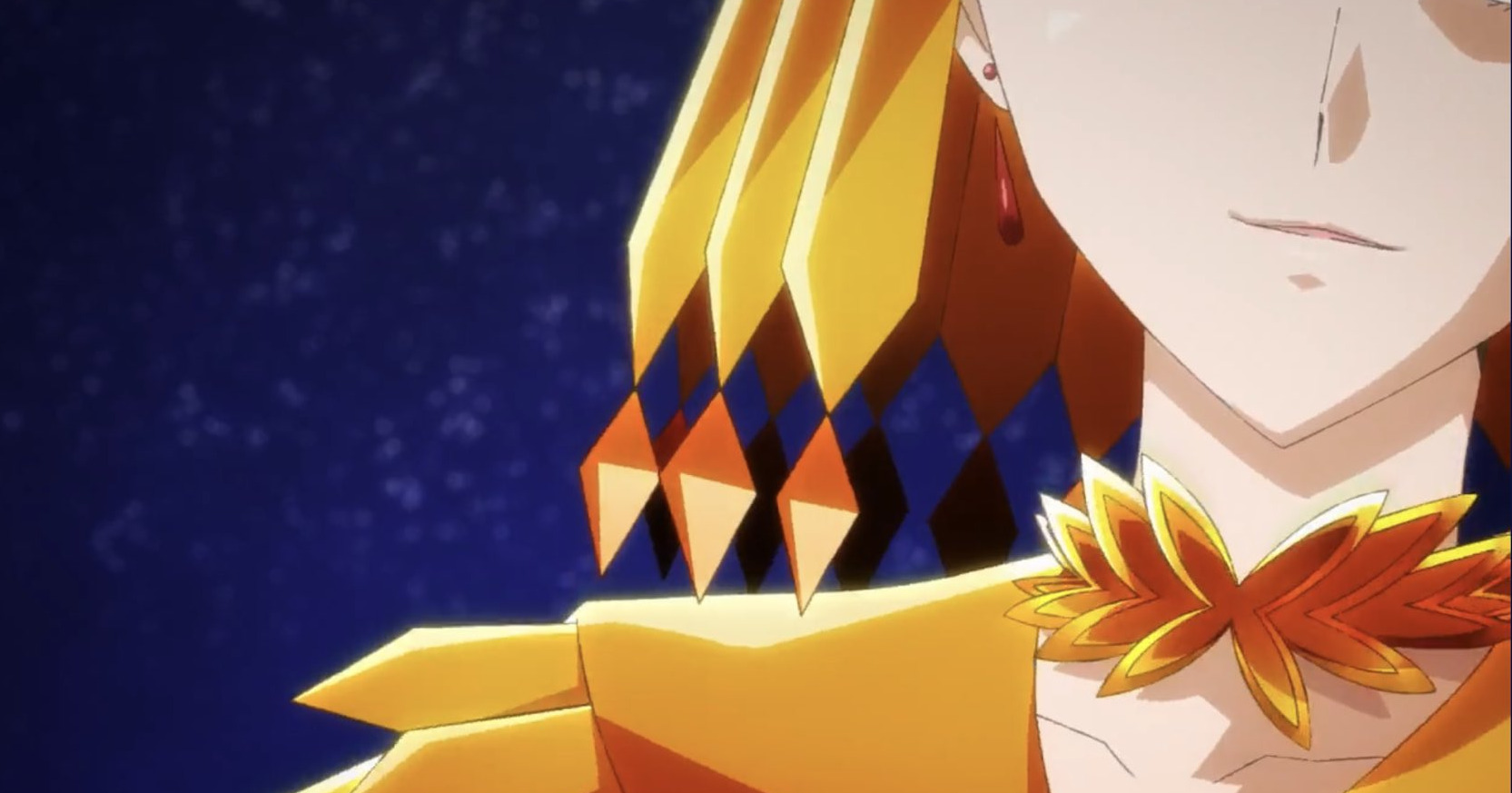 Produced by Toei Animation and Studio Deen, the majority of the key production staff are returning from Sailor Moon Eternal. The only change revealed on the official movie website, is Tomoya Takahashi replacing Chiaki Kon as a director.

By the end of the trailer while still struggling to accept her fate, Sailor Moon decides to fight.

In addition, a teaser visual for Pretty Guardian Sailor Moon Cosmos The Movie was released.  The visual depicts a somber Eternal Sailor Moon staring up at the night sky, with a beautiful night view of Tokyo in the background.

A description of the image according to the “Bishoujo Senshi Sailor Moon Cosmos” Twitter, states, “In addition, the teaser visual has been lifted ✧ ˖ ° ˊ˗🗼 With a beautiful night view of Tokyo in the background, a melancholy expression Eternal Sailor Moon 🌙 . ⌬ “I want to see you again.”

I loved Sailor Moon Crystal up until Toei decided to split Seasons 4 and 5 into movies. The first 3 seasons were almost perfect adaptations of the manga. It is hard to adapt a whole arc into movies.

I want to be hyped but between questionable decisions by Toei and the director change is very concerning.

Are you moonies hyped for Cosmos or are you concerned?  Sound off in the comments.