This is what happens when certain characters fall into the public domain. In what should be considered a “bruh moment,” and maybe a cash grab, an indie filmmaker aims to subvert expectations as Hollyweird likes to do and present a classic children’s literary character in a light that drains him of all his wholesome innocence and whimsy. 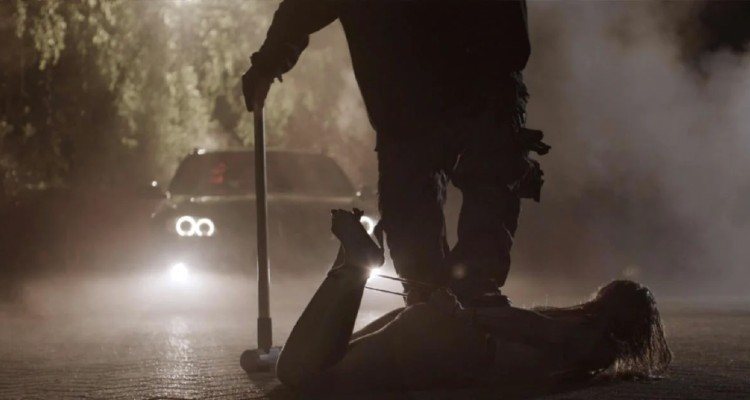 Dread Central provides us and whatever number of curious gorehounds up for this kind of stuff with the first look at Winnie the Pooh: Blood and Honey, a film and first effort by writer/director Rhys Frake-Waterfield.

The site provides images courtesy of IMDb and some background though there’s not much to discern about the arcane project. We see in the stills people in farm animal-inspired Halloween masks – one of them in a grotesque Piglet cosplay and another wearing the title guy’s face (oh, bother). Stalking a group of women that appears to be having a getaway in a fancy – and probably remote – lodge equipped with a pool and other amenities, the psycho killers taunt them – writing “GET OUT” in blood on windows – before finally striking when the ladies are lounging in a hot tub, going for a swim, or trying to escape with their lives to no avail.

There is almost nothing exact to go on when it comes to the plot either except for IMDb’s tagline that says the film is “A horror retelling of the famous legend of Winnie the Pooh,” but it’s a secure bet Waterfield takes inspiration from The Strangers and Adam Wingard’s You’re Next. If Blood and Honey is dark and cynical like Strangers or humorous like Wingard’s homage to surreal satirist Luis Bunuel, or somewhere in the middle, is anybody’s guess. Created by AA Milne in 1926, Winnie The Pooh is the simple story of a lovable teddy bear brought to life, his animal friends in Hundred Acre Wood, and an endless search for honey that’s been told and retold over generations in copious children’s books, cartoons, and movies – both animated and live-action.

When the Saturday morning animated series was revived in the 80s, the then-unknown and inexperienced Jim Cummings was cast and he went on to become one of the most decorated voice actors in the world. He, and more importantly his vocal range, co-starred with Hayley Atwell and Ewan McGregor in the most recent effort to bring Pooh to screens, Christopher Robin. A Disney production, it earned a respectable $197 million worldwide gross.

The Mouse House is not involved in Blood and Honey, and now that the honey-loving plush bear has lapsed into the public domain this year, they have no say when budding directors like Waterfield want to make an R-rated horror thriller using the character’s likeness. And people thought Cruella was too far?

This phenomenon of taking a saccharine, family-friendly property and corrupting it seems steeped in the nature of the entertainment industry today. 50 years after “Sugar, Sugar,” The CW decided to turn Archie into the twisted teen drama Riverdale, which is just one example of the agenda and sexuality pushed in TV, movies, and comics – some of it by Disney, a company feeling the blowback currently.

Winnie the Pooh: Blood and Honey is in post-production ahead of a release later this year. From Jagged Edge Productions, it stars Amber Doig-Thorne, Maria Taylor, Danielle Scott, and Craig David Dowsett as Winnie. 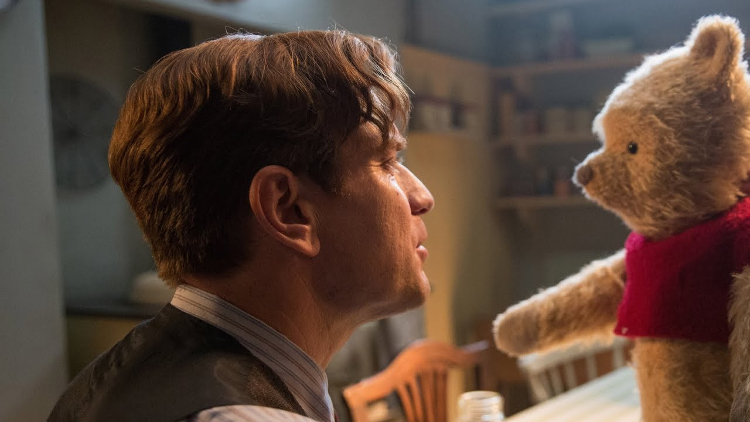 How did you react to the news of a Winnie The Pooh horror film? Share your disgust, if applicable, below.

NEXT: Batgirl Movie Now Rumored For A Theatrical Release