In the latest example of how identity politics serves only to erase history and denigrate true accomplishments, Kotaku writer Ian Walker has falsely asserted that Capcom’s upcoming Street Fighter 6 will feature the “series’ first playable black woman” – despite the fact that the actual first rep for this demographic was fully established 25 years earlier.

On June 2nd, as part of PlayStation’s June 2022 State of Play event, Capcom unveiled their latest trailer for Street Fighter 6, the cautiously-anticipated next proper entry in their genre-defining fighting game series. 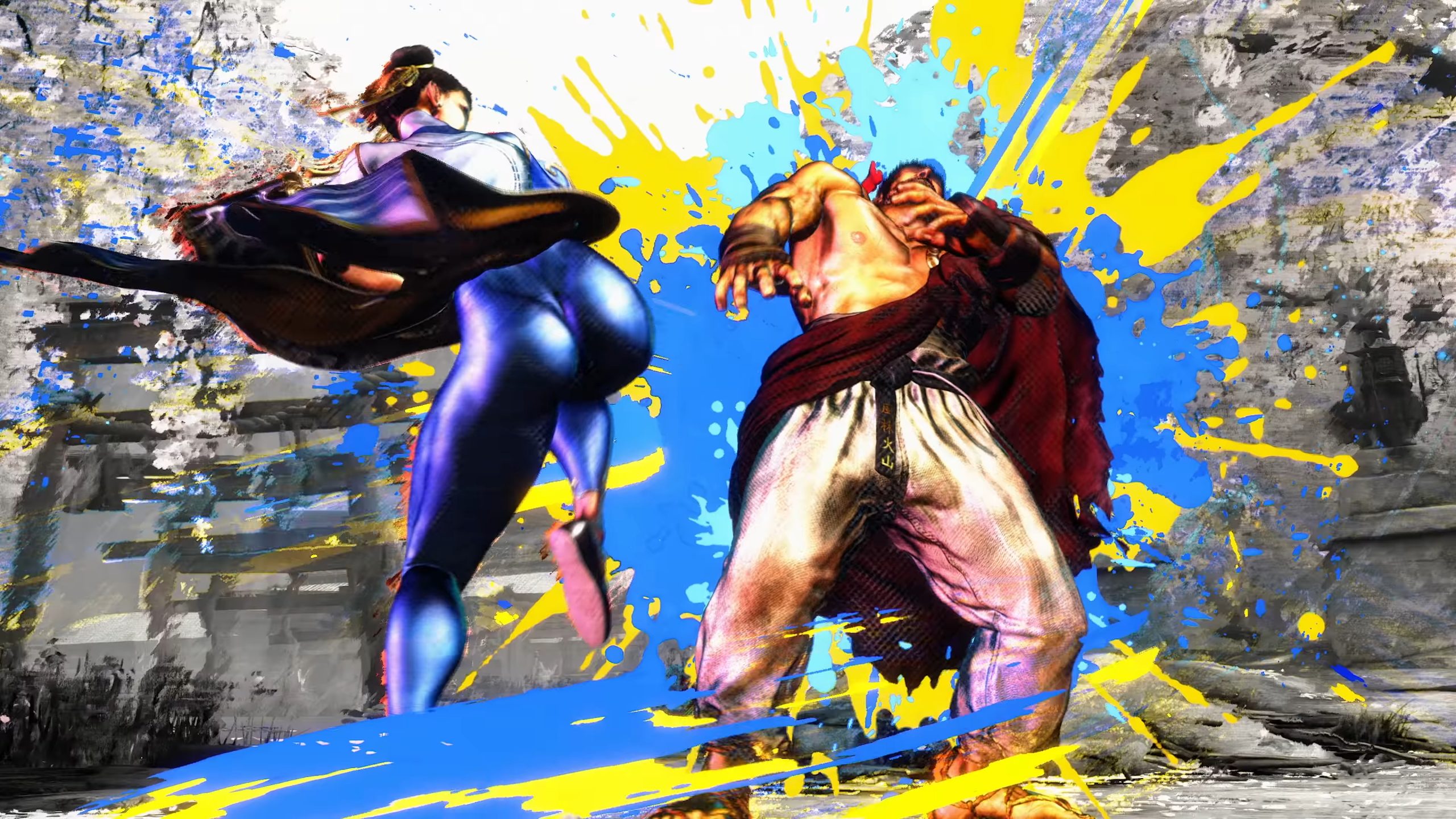 Reporting on these leaks for Kotaku, Walker made his patently false assertion on June 3rd, writing that the aforementioned Kimberly “will be the series’ first playable Black woman.” 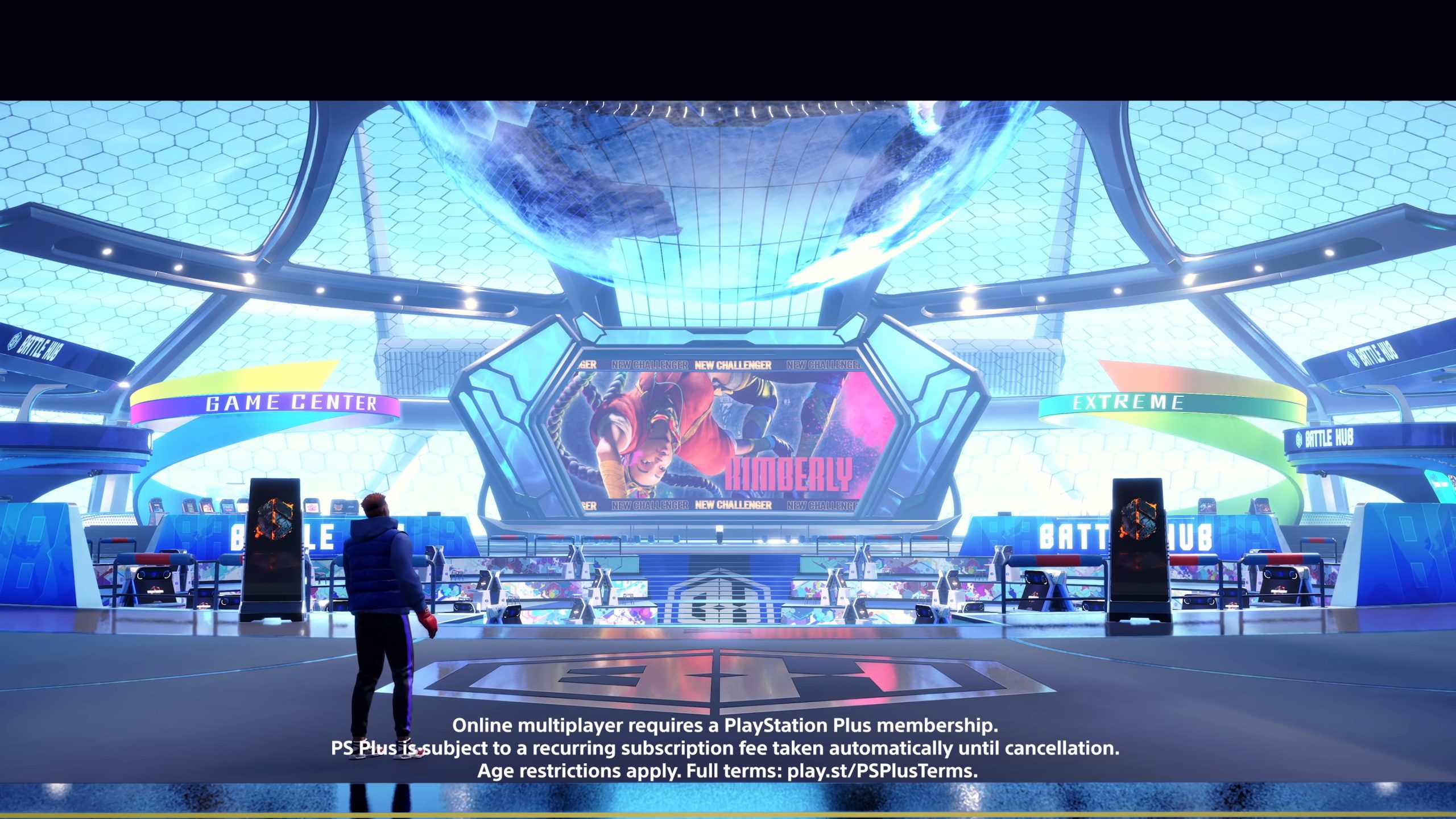 RELATED: Kotaku Blames “The Underlying Current of Bigotry” Among Gamers As Cause For Recent Departure Of Xbox Brazil Host

However, as noted above, Street Fighter’s actual first playable black woman made her debut 25 years ago. 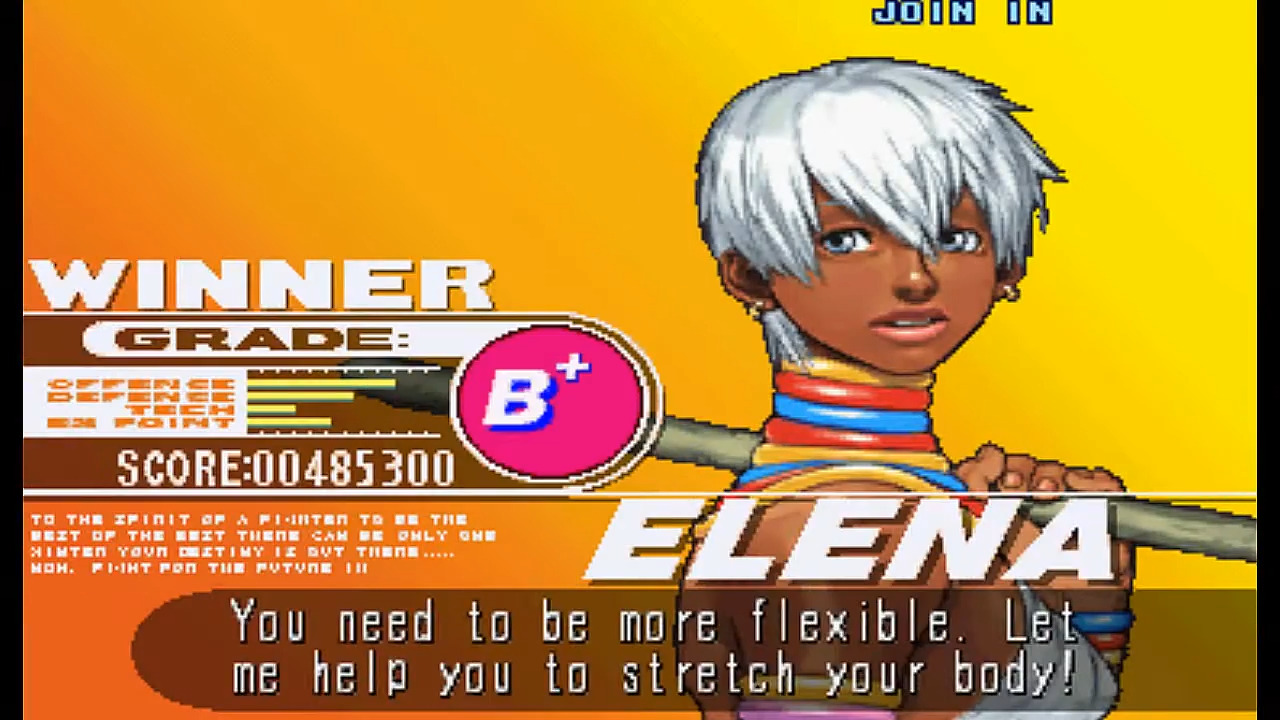 Further, Kimberly is not even the second playable black woman to appear in the series, as the previous title, Street Fighter V, saw the introduction of Menat, a Soul Power-studying DLC fighter who hailed from Egypt. 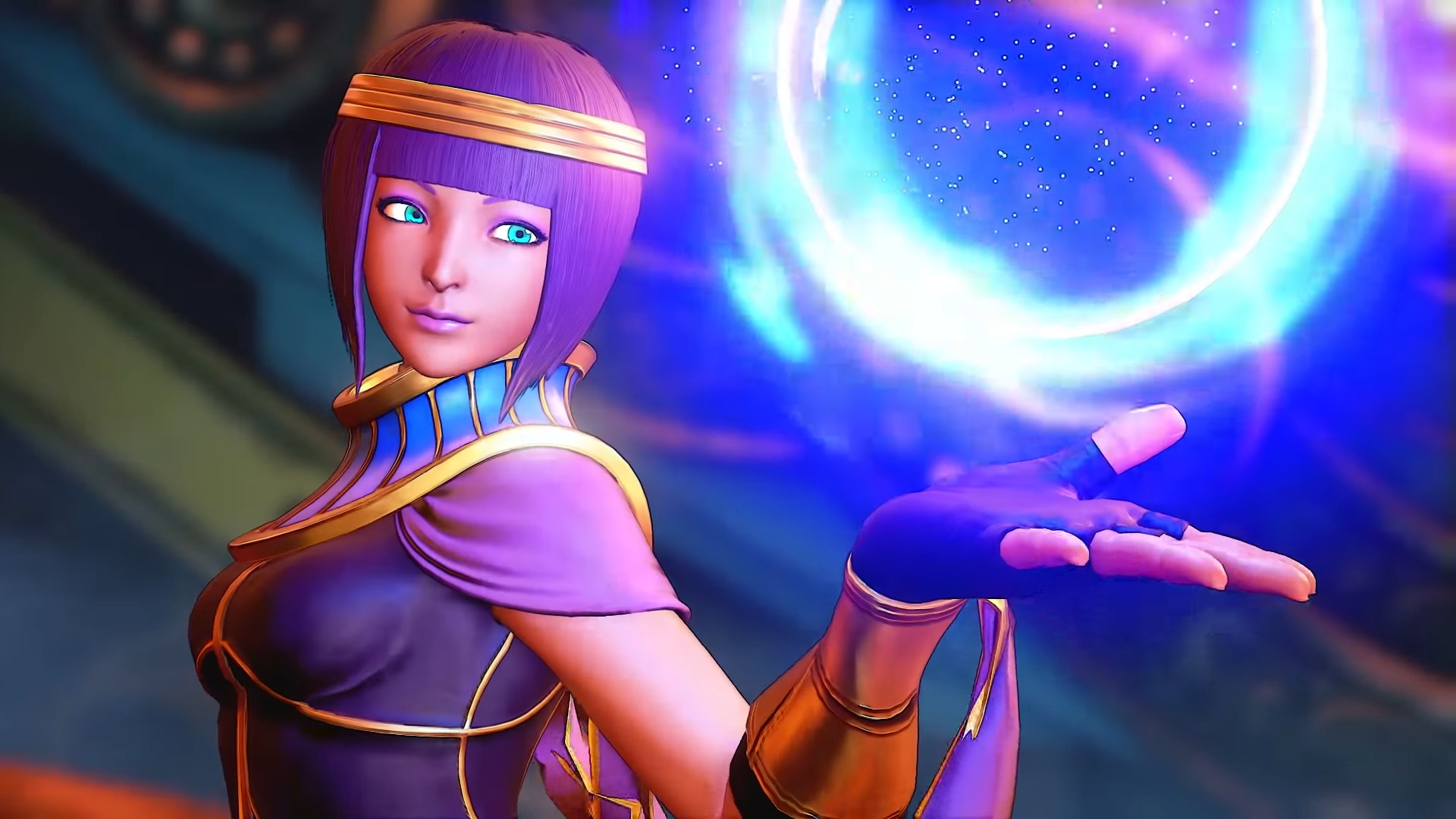 Inundated with a wave of pushback over his error, Walker attempted to move the goal posts, writing on June 4th in a series of now-deleted tweets, “you celebrate SF6 including the franchise’s first playable black woman and suddenly everyone wants to question your street cred bc ‘you forgot about elena.’ i’ve been playing fighting games for almost 30 years. elena is kenyan. kimberly is african-american. there’s a difference.”

“The same thing happened every time black women used to ask for representation in overwatch before soujourn,” he continued. “Symmetra is indian. pharah is egyptian. they do not reflect the unique and separate culture of the african diaspora in america, which rarely receives attention in games.”

“i fully expect i’m not explaining this well enough (and frankly, it’s not really my place to act like an expert on the subject) so please read this blog”, he added, linking to a Kotaku piece (which appears to lack a header image, thus its odd preview appearance as a blank square) wherein a 23-year old black woman took issue with Overwatch’s lack of a female character who specifically represented her own set of ill-defined ‘experiential’ criteria. 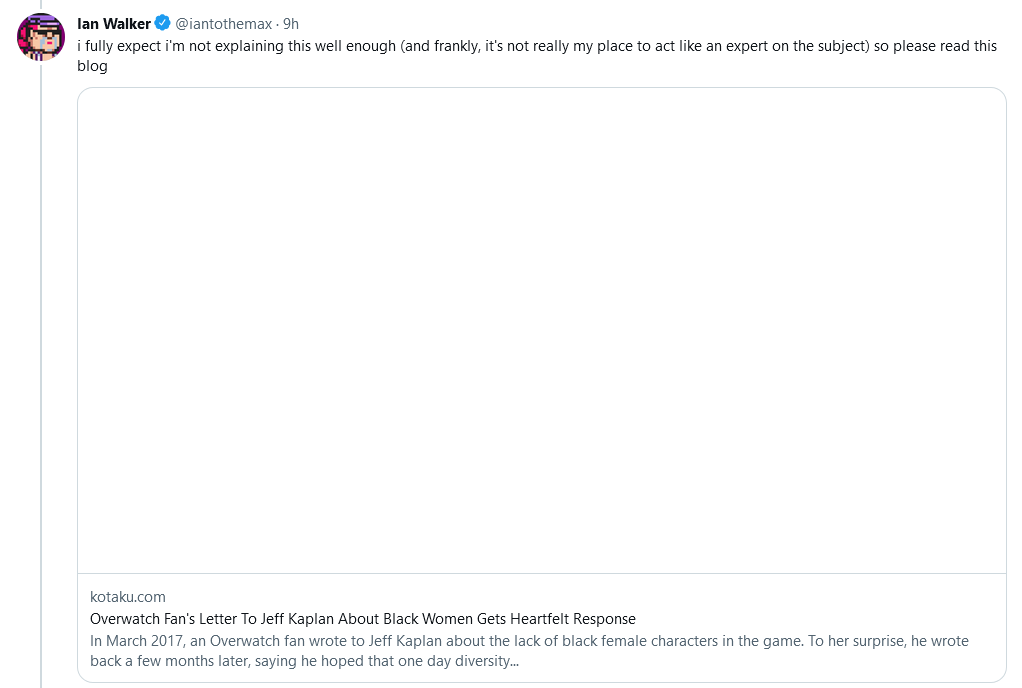 “and if you still don’t care,” Walker ultimately concluded, “please reconsider giving me shit and simply celebrate that street fighter continues to grow more and more diverse with every game”.

What do you make of Walker’s claim and subsequent response to criticism? Let us know your thoughts on social media or in the comments down below!

NEXT: Kotaku Shames Fans Excited For The PlayStation 5 With Existence Of Real-World Issues