Tolkien scholar Corey Olsen, who is perhaps better known by his internet alias Tolkien Professor and has previously espoused praised for Amazon’s upcoming Rings of Power television series, has confirmed that he has been tapped to consult on North Beach Games’ recently announced The Lord of the Rings survival crafting game, Return to Moria.

Announced on June 10th during the Epic Games Summer Showcase, The Lord of the Rings: Return to Moria is set during the Fourth Age of Middle-earth, where Lord Gimli Lockbearer has tasked a company of Dwarves to re-take the awe-inspiring Dwarf city of Moria, otherwise known as Khazad-dûm or Dwarrowdelf.

A survival-crafting game whose gameplay loop can be tackled alone or with up to 8 other players, players will be tasked with creating their own dwarf, rebuilding Dwarven settlements, and delving ever deeper into the city’s proceduarlly generated depths in search of resources and lost treasures. 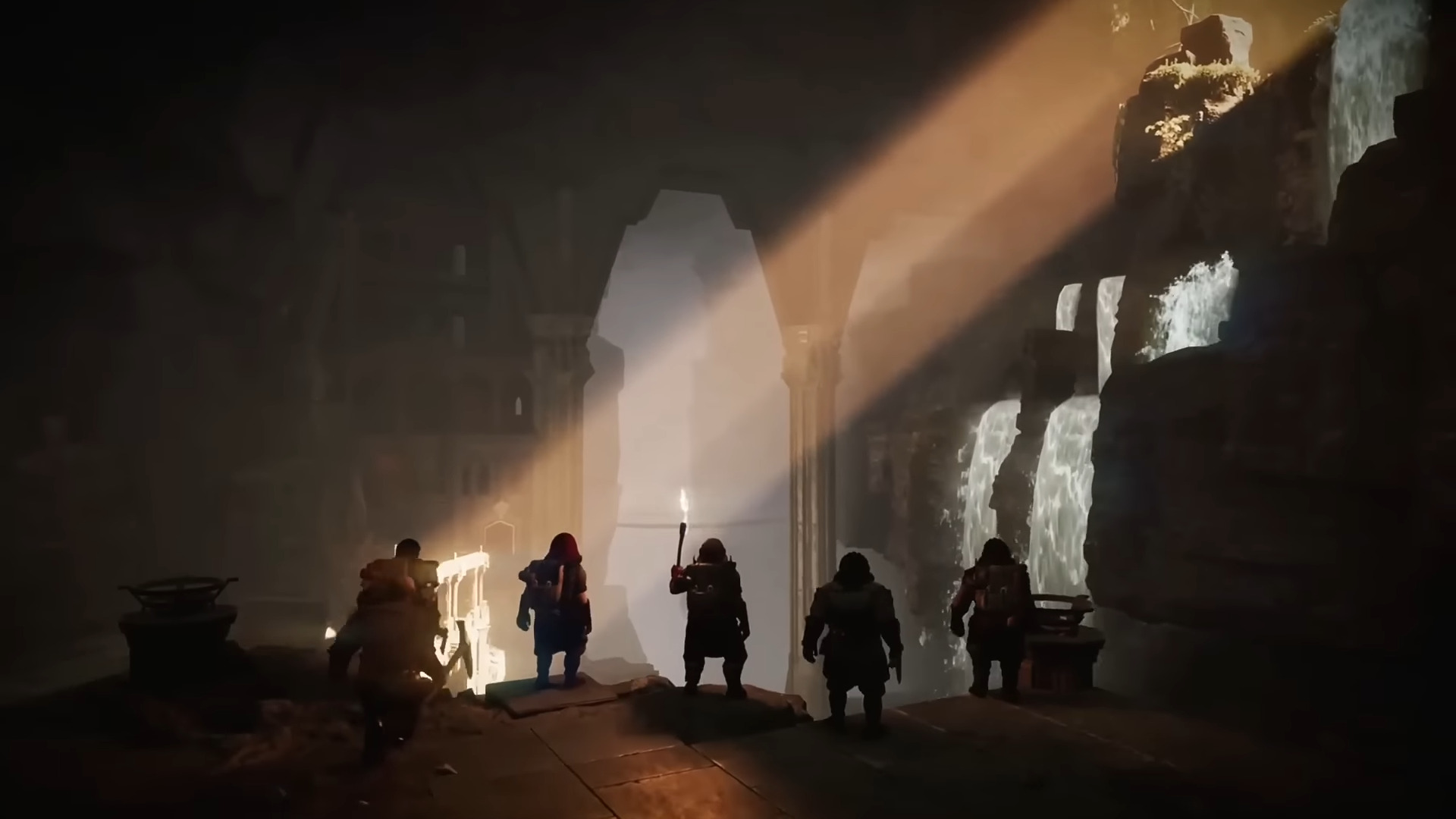 Players must also be-ever vigilant to what lurks beneath them as they press on to learn the secret of the Shadow.

“We’re beyond excited for the Dwarves to return to Khazad-dûm!,” exclaimed Saul Zaentz Company Business Affairs Specialist Fredrica Drotos, whose employer owns the rights to adapts Tolkien’s works in a variety of mediums, in a press release. “Thanks to our friends at North Beach Games and Free Range Games, we’ll delve deep into the Misty Mountains together, by this time next year. We do hope you’ll join us!” 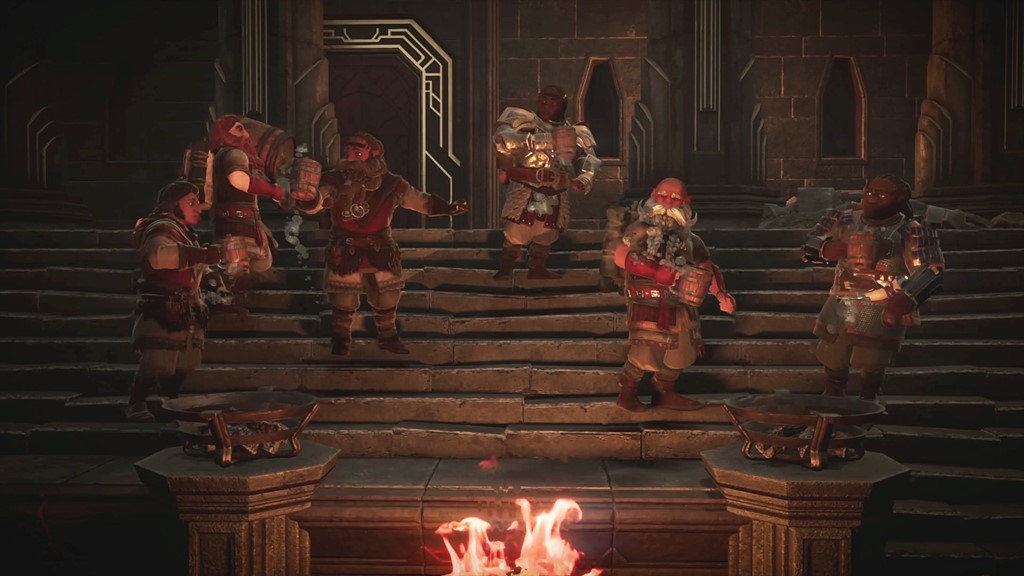 “J.R.R. Tolkien and all of his creations within Middle-earth are near and dear to our hearts, and this project presents an amazing opportunity to create new experiences born from one of the greatest stories ever told,” he stated, before promising, “We are pouring a lot of passion into the game to give players an unforgettable experience.”

At resent, the PC-exclusive The Lord of the Rings: Return to Moria is slated for a Spring 2023 release through the Epic Games Store. 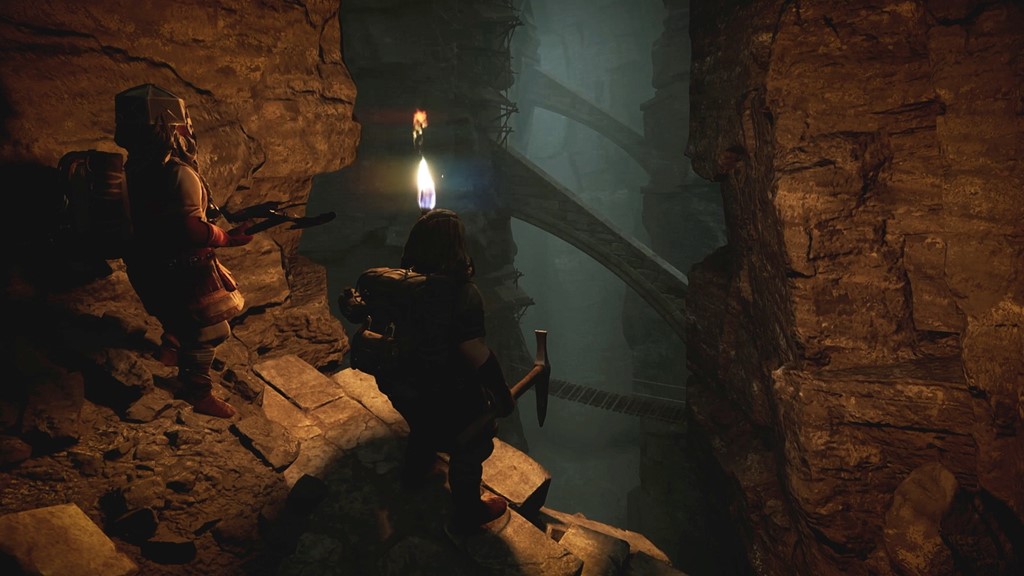 Olsen, whose most notable claims to fame in the realm of Tolkien are his podcast, Tolkien Professor, and his founding of Signum University, a “nonprofit educational institution dedicated to making affordable online education available to all” whose course offerings include numerous The Lord of the Rings-centric options, revealed his involvement with Return to Moria the day after the game’s official reveal.

“Yes, I can indeed officially confirm that I am consulting on this game,” Olsen tweeted on June 11th. “Building a Fourth Age story is a fascinating project, and I am really impressed with the team’s work so far! I think this game will be great fun.” 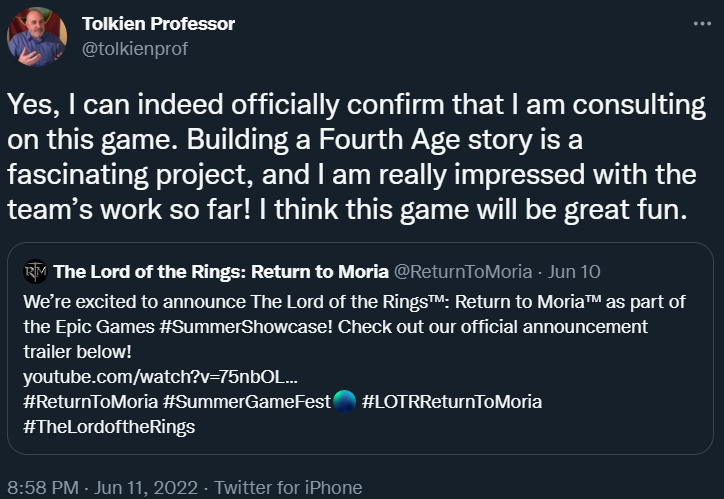 Though Olsen’s announcement was lauded by a fair amount of fans on social media, others still took it as a warning sign of what to expect from the game in regards to respecting Tolkien’s work, as the ‘Tolkien Professor’ himself had previously applauded Amazon’s upcoming The Rings of Power series.

A little over a month earlier, on May 9th, Olsen tweeted, “”I was invited by [email protected] folks, along with a bunch of other internet Tolkien folks, to attend an advanced screening of some footage from the #RingsofPower show and to meet the showrunners. I must say: after meeting them, I feel the show is in VERY good hands.”

Though many others have been less than charitable in their appraisals of The Rings of Power’s trailers, press releases, and rumored plot details, with even actors who appeared in Jackson’s original cinematic trilogy questioning how lore-accurate the series will be.

Much of this criticism stems from Amazon’s “politically correct” casting decisions, which fans believe overwrites Tolkien’s original vision in favor of nothing more than appealing to hollow, modern day identity politics. 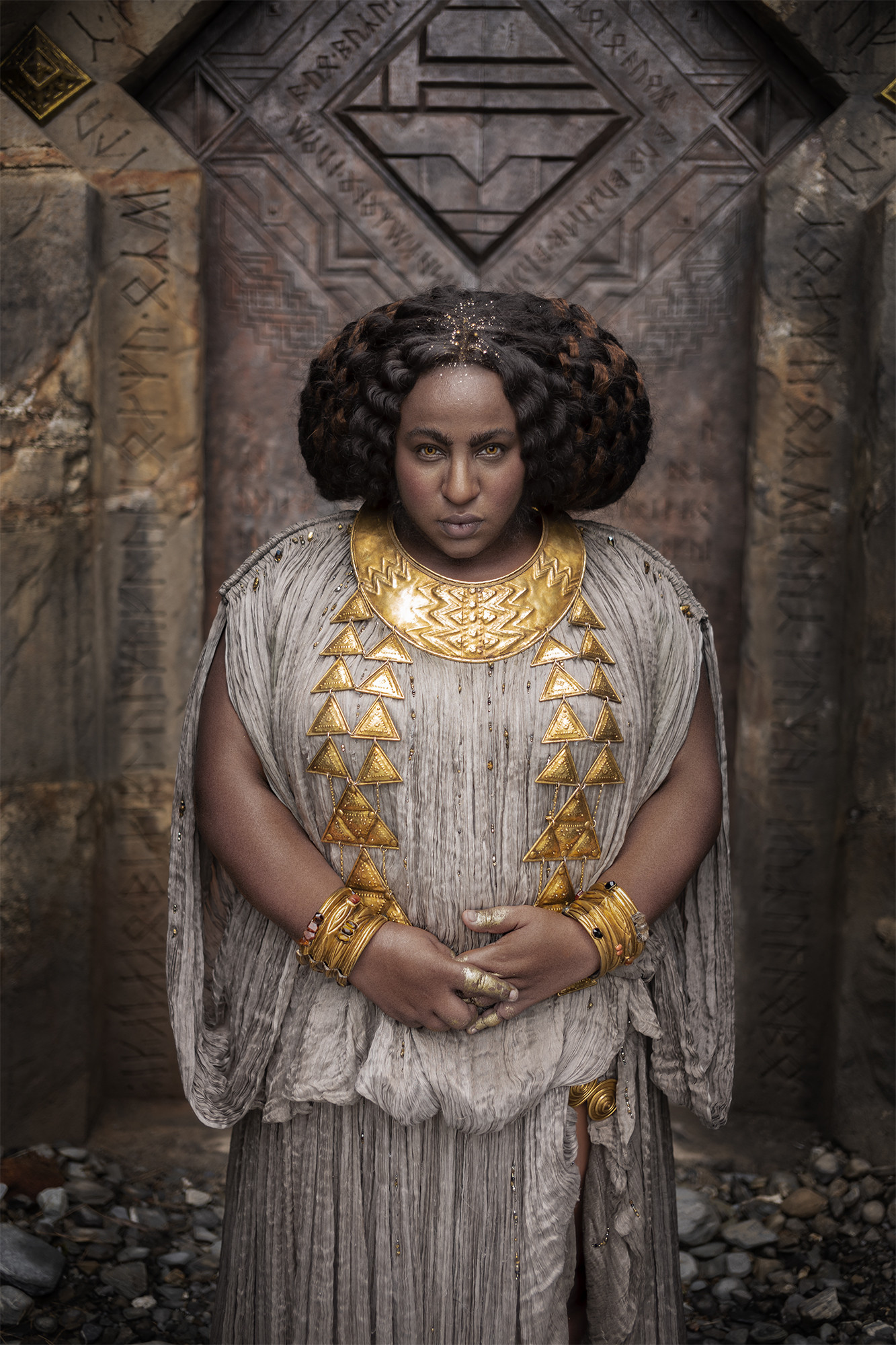 Source: Sophia Nomvete as Princess Disa in The Lord of the Rings: The Rings of Power Credit: Ben Rothstein/Prime Video Copyright: Amazon Studios

Yet, even in the face of such criticisms, Olsen defended the series.

His announcement met by an assertion from Twitter user @El_pana86 that, “From what I’ve read, it doesn’t seem they care much for the lore though. My expectations are really low,” Olsen asserted, “Trust me – this is absolutely untrue.”

“The makers of this show know and get Tolkien and are completely passionate about it,” he maintained. “I met them, talked to them, and asked them questions. Their answers surpassed my wildest expectations of their fandom.” 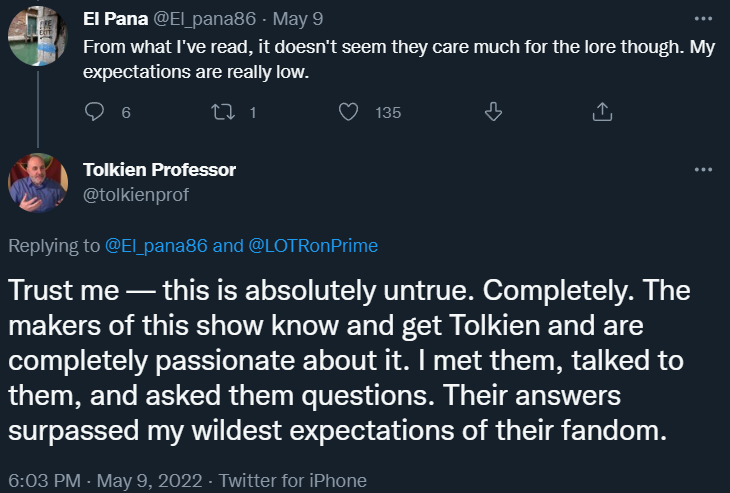 What are you expecting from The Lord of the Rings: Return to Moria? Let us know your thoughts on social media or in the comments down below!

NEXT: Lenny Henry Says Amazon’s The Lord of the Rings: The Rings Of Power Sees “People Of Colour Taking Up Space In The Centre Of A Fantasy Series”