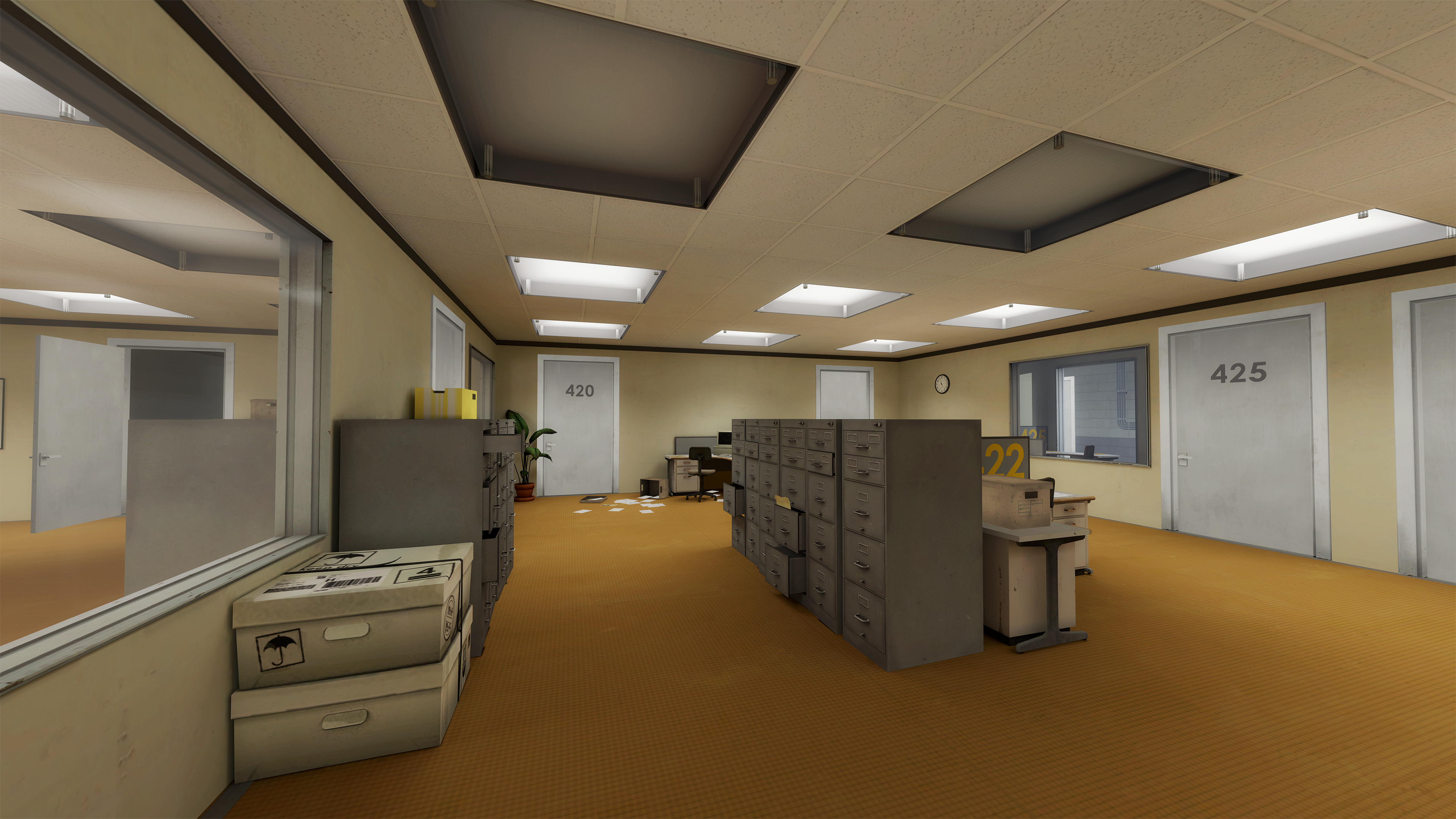 Speaking to PocketGamer about the Unity game engine, manager of Unity Create Marc Whitten discussed how it had been merged with ironSource to better support games which wish to have microtransactions, and receive feedback from players.

After this, the interviewer told Riccitiello and Whitten, “Implementing monetisation earlier in the process and conversation is certainly an angle that has seen pushback from some developers.” Riccitiello answered with what initially sounded like high-praise for developers who wish to put painstaking care into making games in a traditional manner, before insulting them.

“Ferrari and some of the other high-end car manufacturers still use clay and carving knives. It’s a very small portion of the gaming industry that works that way,” Riccitiello claimed, “and some of these people are my favourite people in the world to fight with – they’re the most beautiful and pure, brilliant people. They’re also some of the biggest f—king idiots.”

He then justified his statement, declaring, “I’ve been in the gaming industry longer than most anybody – getting to the grey hair and all that. It used to be the case that developers would throw their game over the wall to the publicist and sales force with literally no interaction beforehand.”

“That model is baked into the philosophy of a lot of artforms and medium, and it’s one I am deeply respectful of; I know their dedication and care,” the Unity CEO added.

Riccitiello explained, “But this industry divides people between those who still hold to that philosophy and those who massively embrace how to figure out what makes a successful product.”

“And I don’t know a successful artist anywhere that doesn’t care about what their player thinks. This is where this cycle of feedback comes back, and they can choose to ignore it. But to choose to not know it at all is not a great call,” he further elaborated.

He concluded, asserting, “I’ve seen great games fail because they tuned their compulsion loop to two minutes when it should have been an hour. Sometimes, you wouldn’t even notice the product difference between a massive success and tremendous fail, but for this tuning and what it does to the attrition rate. There isn’t a developer on the planet that wouldn’t want that knowledge.” 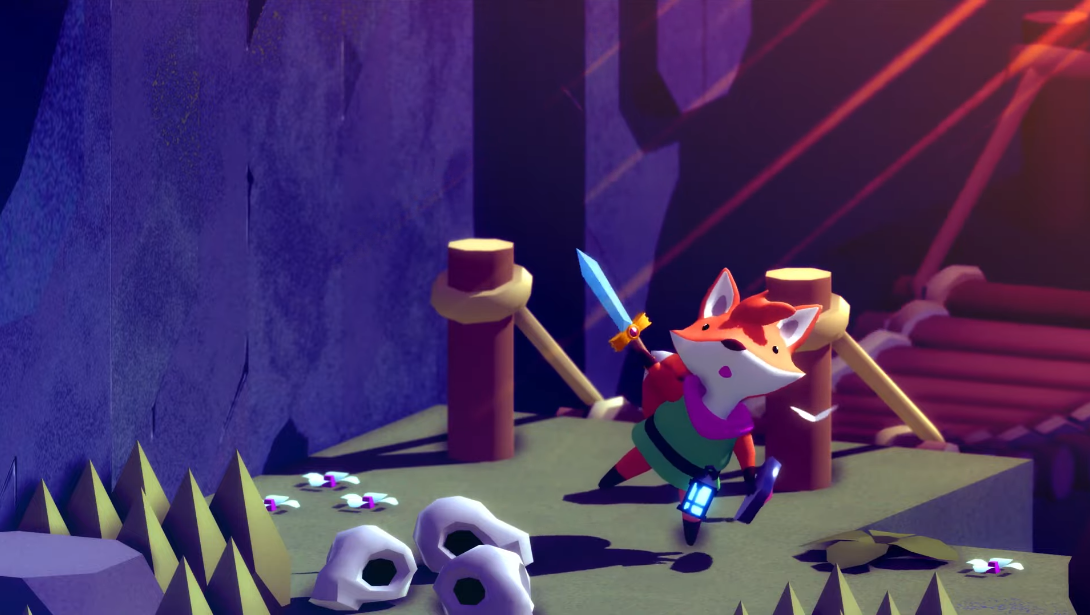 Whitten added on Riccitiello’s points, noting that “Unity has democratised creation,” explaining how Unity means even smaller teams anywhere in the world have the chance of making the next breakaway title. “There is a beauty in tools that let people find out that this is how they want to make their livelihood, and our responsibility is to continue that democratisation.”

Regardless, Riccitiello’s opinion caused offense. While he may have argued developers were foolish for being unaware of the benefits of monetization or how many gamers would actually object, it appears others took it as a ringing endorsement of predatory tactics. Being EA’s President and COO until 2004 only enforced that belief further.

“Imagine being CEO of Unity. After running Electronic Arts into the ground and permanently staining their public image, you begin enacting similar policies at Unity. When questioned about your methods, you, ON RECORD, say this,” spotlighted modeler @TomOliver3D. 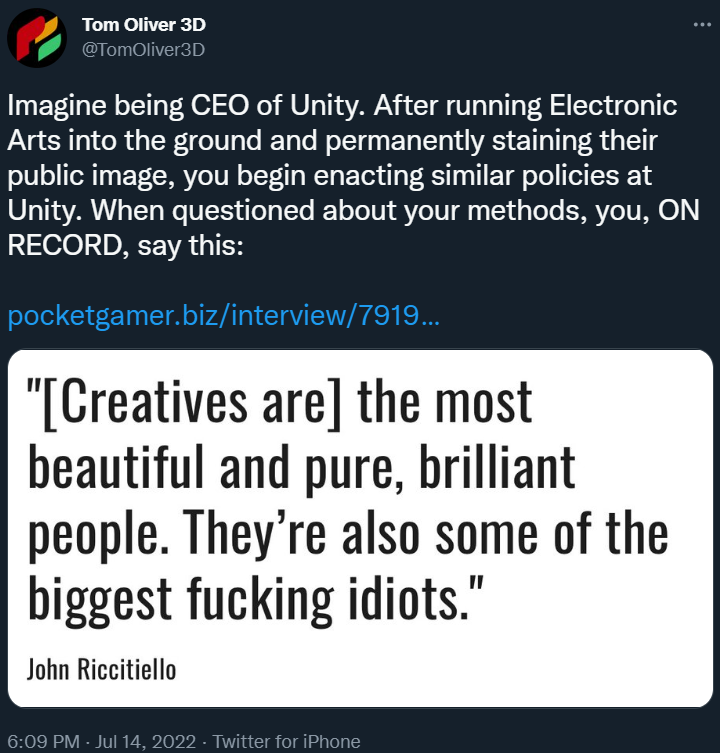 “If John Riccitiello (Unity CEO, former EA) thinks you’re a ‘f—king idiot’, congrats; you’re doing good!” praised free game asset website Kenney. “I’m glad we have people like you and you’re the future, you create honest and genuine products and do it for the love of the craft. Keep going!”

Riccitiello later took to Twitter to defend himself, and offered a brief apology. “Clickbait. Out of full context. Deeply sorry if what I said offended any game dev. Absolutely love the people that make games. Creative, hard work, ” including the #Unity hashtag as he concluded his tweet.

Many seemed revolted by Riccitiello’s apology as half-hearted and false, especially for opening with attempting to shift blame. The next day, Riccitiello issued a lengthier statement.

“I want to talk about both what I said in the interview, and my follow up tweet,” Riccitiello opened. “I’m going to start with an apology. My word choice was crude. I am sorry. I am listening and I will do better. What i can do, perhaps, is provide more on what i was thinking when i did the interview. What i would have said if had taken greater care.”

“First — I have great respect for game developers,” Riccitiello insisted. “The work they do is amazing. The creativity can be incredible whether on a AAA console, mobile or indie game, designed to be played by millions. Or a creative project, a game made just for the sheer joy of it.” 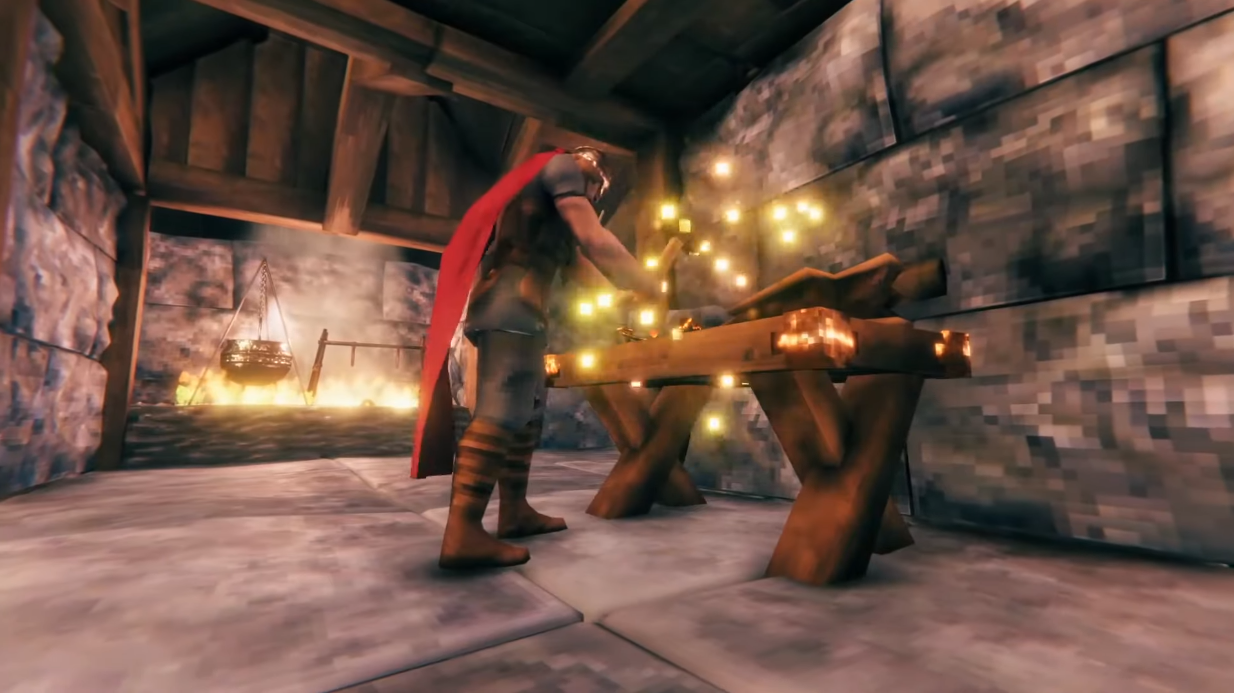 “Second — one thing i have seen is that most game devs work incredibly hard and want people to play their game. To enjoy it. And, when appropriate for players to engage deeply. For the game devs i have worked most closely with there is often anxiety about whether players will love the game and appreciate all the work and love that went into making it,” the Unity CEO continued.

He added, “Third — Sometimes all a game developer wants is to have a handful of friends enjoy the game. Art for art sake and art for friends. Others want player $ to buy the game or game items so they can make a living. Both of these motivations are noble.” 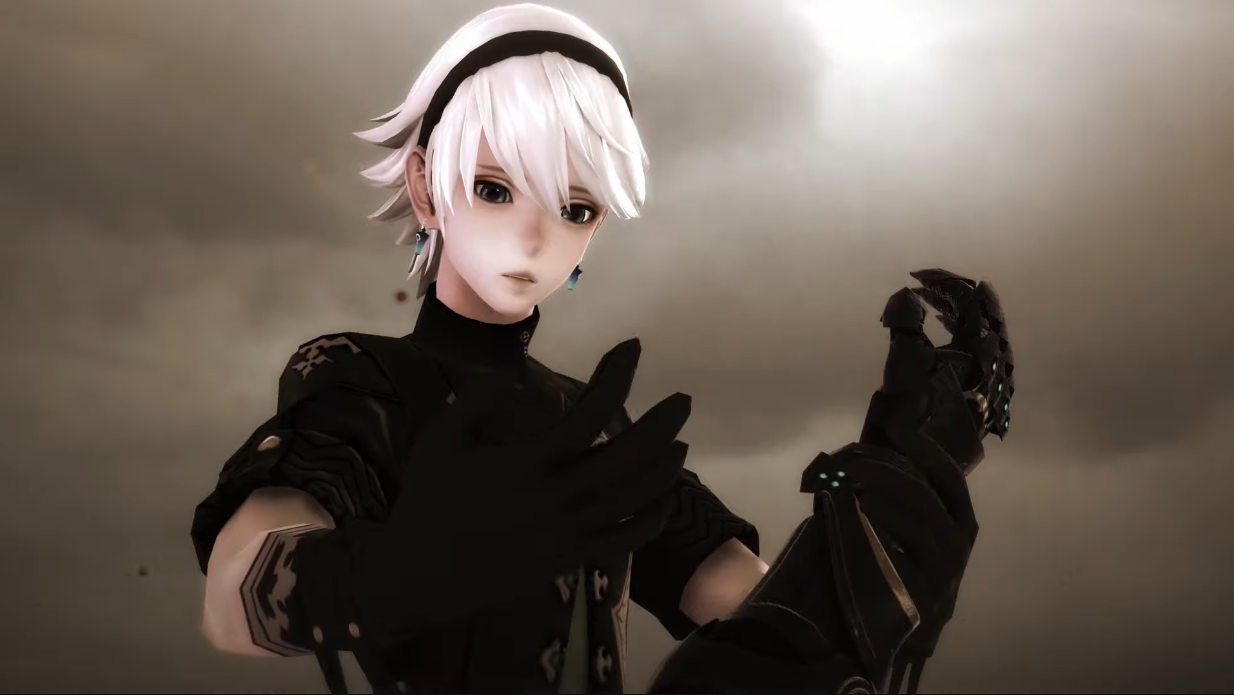 Riccitiello then admitted, “Fourth — What i was trying to say, and clearly failed at saying, is that there are better ways for game developers to get an early read on what players think of their game. To learn from their feedback. And, if the developer wants, to adjust the game based on this feedback. It’s a choice to listen and act or just to listen. Again, both are very valid choices.”

“If i had been smarter in choosing my words i would have said just this… we are working to provide developers with tools so they can better understand what their players think, and it is up to them to act or not, based on this feedback. Anyway, that’s it. Lots of words. And a sentence that i wish i had never said,” Riccitiello concluded. 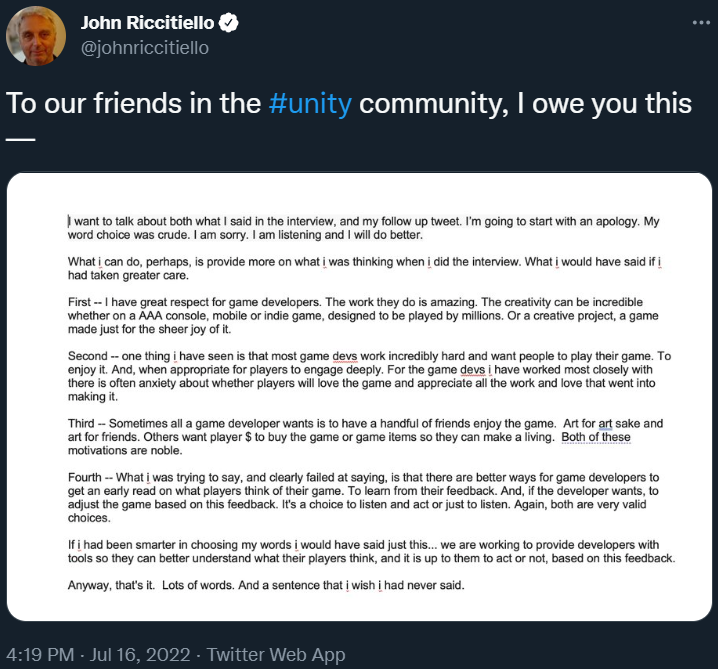 Even with the controversy, many still expressed their concerns with Unity working with ironSource. As reported by PC Gamer, the company who developed ironSource also developed InstallCore- designed to help install software, but also installed unwanted programs to the point Windows Defender and Malwarebytes blocked the program.

Condemned as a company that develops malware, many Unity developers were unhappy. Along with those replying to Riccitiello’s tweets imploring him not to work with ironSource, users on the official Unity Discord server allegedly reacted to the news with various emojis of disgust, and even spelled out rival game engine Godot. 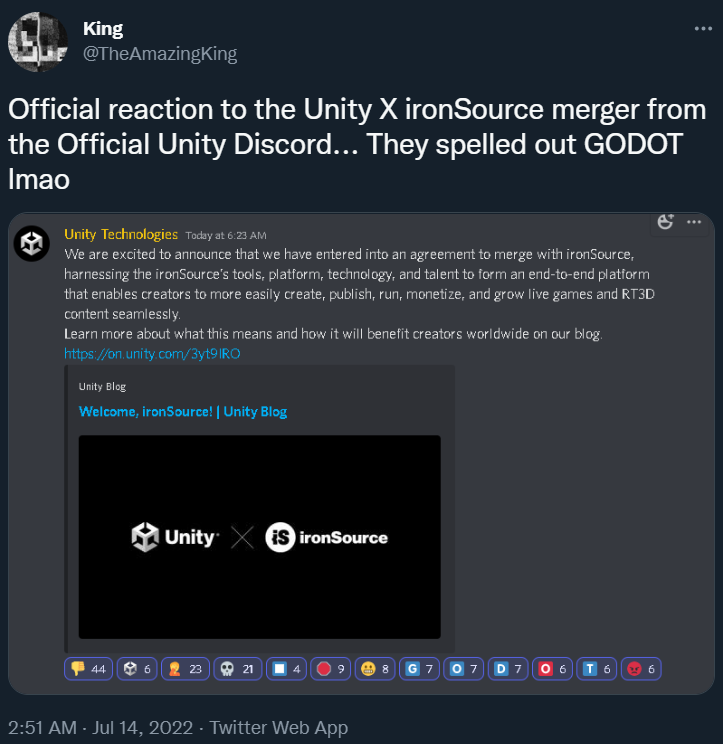