Sony has been trickling out its PlayStation-exclusive titles on the PC platform for a while now, and the results have been quite solid. With hits like Horizon Zero Dawn, God of War and Days Gone making waves with a new audience of gamers, it’s only reasonable for Sony to continue the trend in an effort to capitalize on the gains. 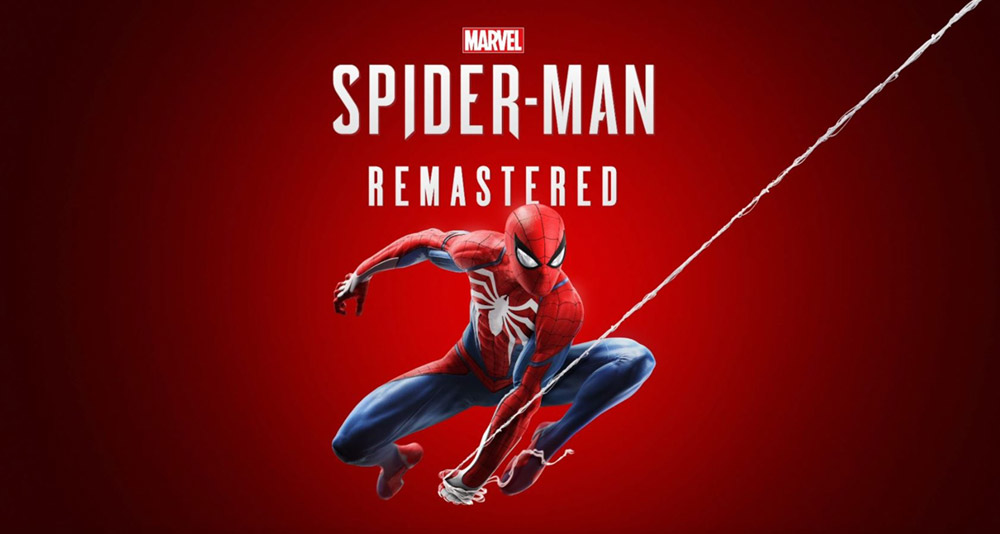 The next exclusive title to see a PC release is the much-lauded Marvel’s Spider-Man, a remastered edition of the PS4/PS5 insta-classic that takes full advantage of superior PC hardware.

The game debuts on August 12th, which begs the question – what other games should Sony greenlight for a PC release? 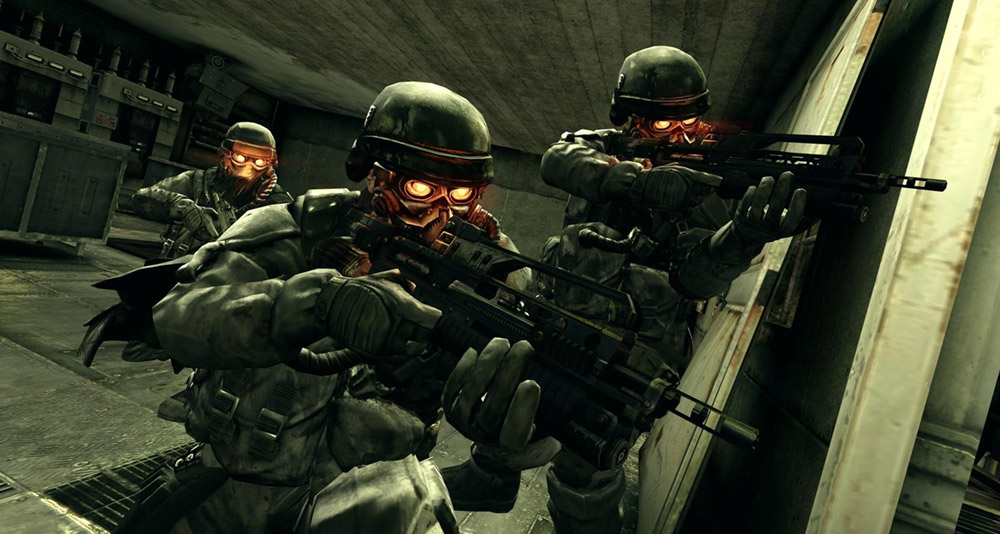 Of all the games that Sony could release on PC, Killzone seems the most appropriate. Its hard-hitting FPS gameplay has made it one of the signature sleeper hit PlayStation franchises, thanks in large part to the second game in the series. The only problem with the Killzone series as a whole is that it’s something of a mixed bag in terms of quality.

If Sony were to remaster the original trilogy, it could make quite a splash on the PC platform. The likelihood is grim, in which case, we’ll gladly settle for Killzone 2 all on its own. Hopefully someone at Sony is listening. 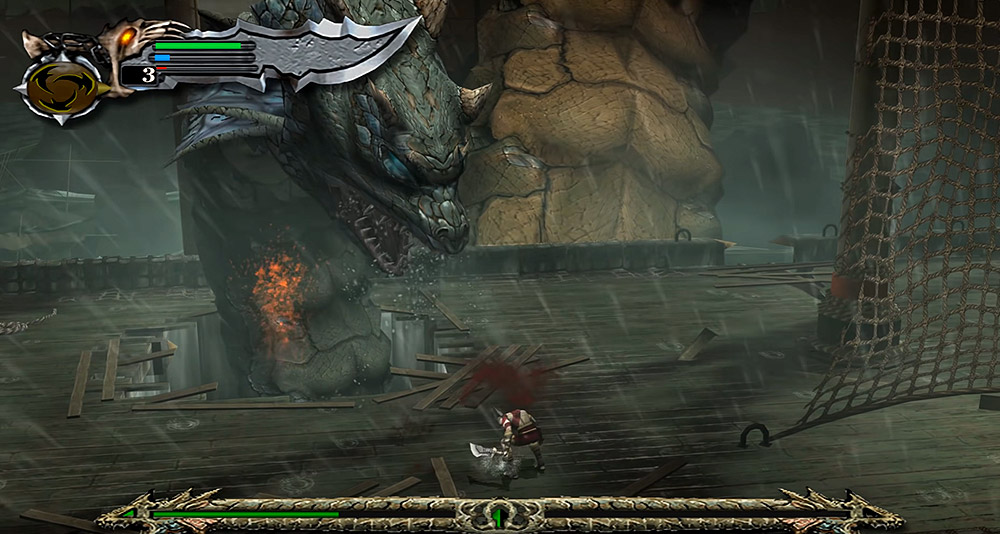 No, we’re not talking about the excellent PC release of the 2018 semi-reboot. God of War I and II have already been remastered in HD format for the PS3, not to mention other games like Chains of Olympus and Ascension seeing multi-platform releases. However, the original God of War games still haven’t made their way to PC.

This is a missed opportunity, and surely Sony must have given a PC release some thought. Start with the original God of War with a true, definitive remaster to test the waters, and then slow-trickle the sequels and ancillary installments as time goes by. There is still a huge audience out there who’d love to see what the PC platform could do to the series. 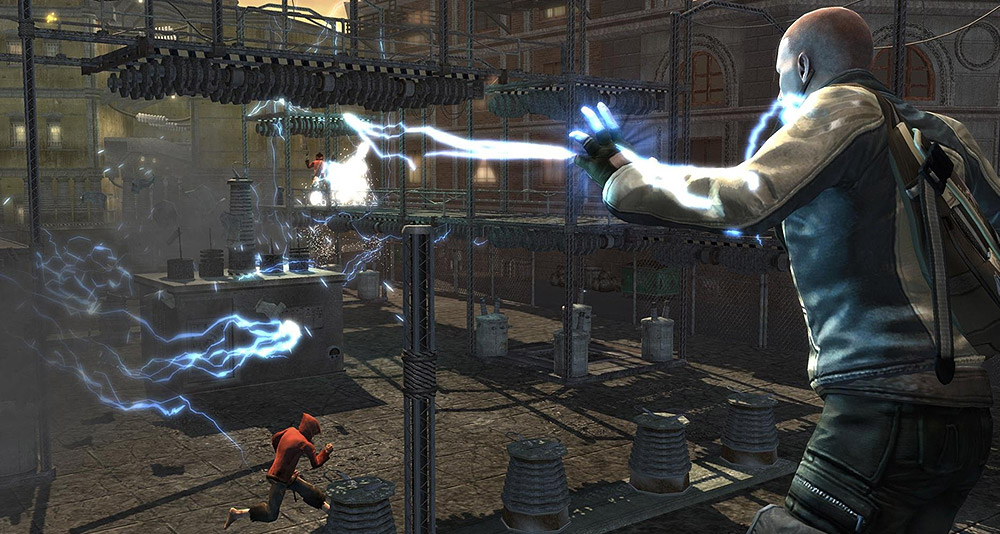 Sucker Punch games did something pretty amazing with the first inFAMOUS title, even if it hasn’t aged the best over the years. Still, it’s worthy of a PC release, if for no other reason than to open the doors for the sequels to follow suit.

inFAMOUS is all about feeling like a demigod among mortals. Lead protagonist Cole MacGrath uses a combination of electrical-based powers and athletic agility to traverse city streets, rooftops and skyscrapers with ease. It would be fun to see this game polished up with a PC remaster to relive the fun all over again. 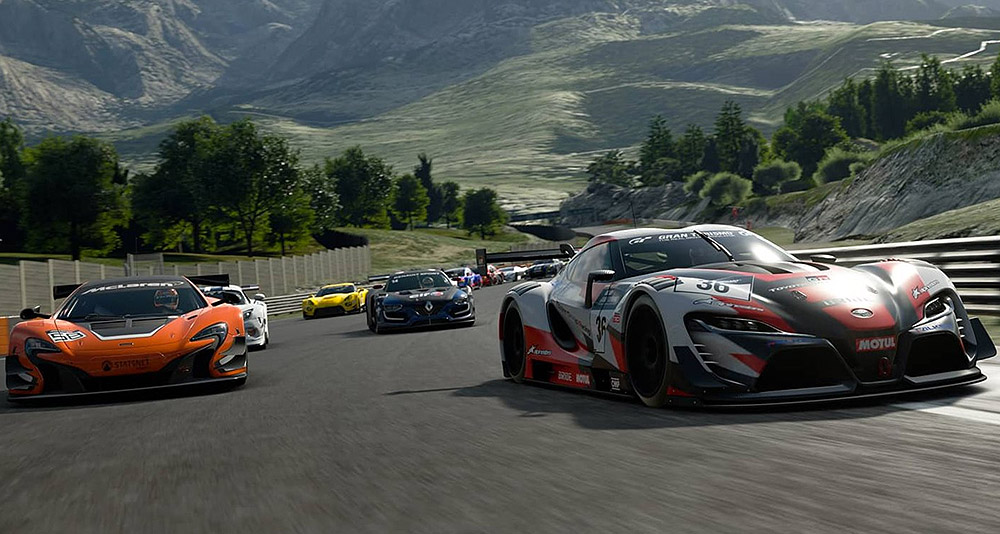 Though the Forza franchise has stolen a bit of its thunder over the years, Gran Turismo still remains the most recognizable and popular racing game franchise in video game history. To date, every single Gran Turismo game has seen a PlayStation release, which begs the question as to whether Sony will ever greenlight a PC port.

Quite frankly, we don’t care what version of Gran Turismo hits the PC, but it would probably be wise to port the latest entry in the series. The advanced architecture of the PC platform would certainly energize the game, and it would be great to play it in ultra-widescreen with a 21:9 or 32:9 aspect ratio. 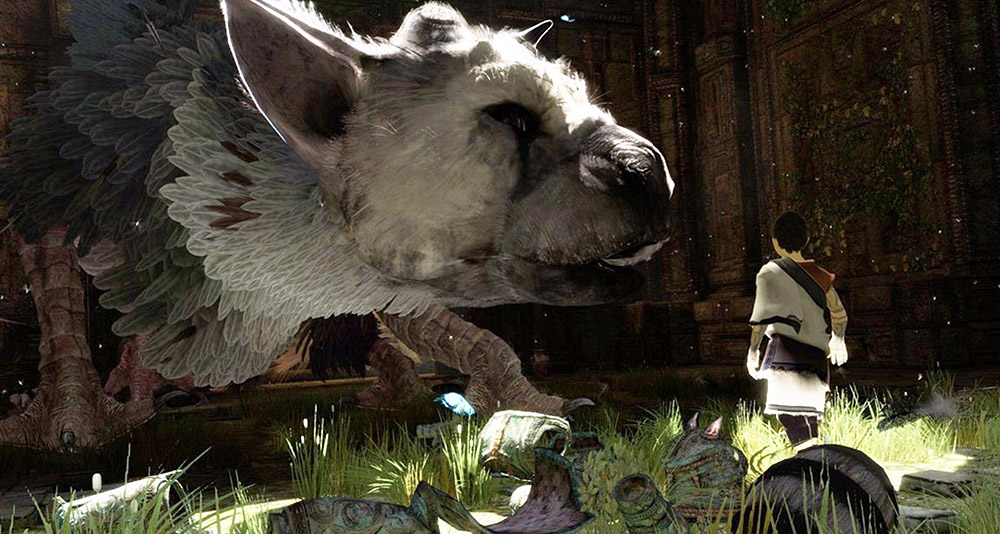 A game that spent so long in development should reach the widest audience possible, which is why The Last Guardian should be on PC. In fact, it’s a sin that it hasn’t yet been ported. It may still be a relative unknown to many gamers, but it’s still an artistic and emotional masterpiece with only a few flaws around the edges.

The main focus of the game outside of its unique and atmospheric visuals is the bond between the main character and Trico, a winged dog-like creature with an unpredictable behavioral pattern driven by an advanced AI mechanic. The bond these two share throughout the game is something truly special, and PC gamers should have the opportunity to experience it. 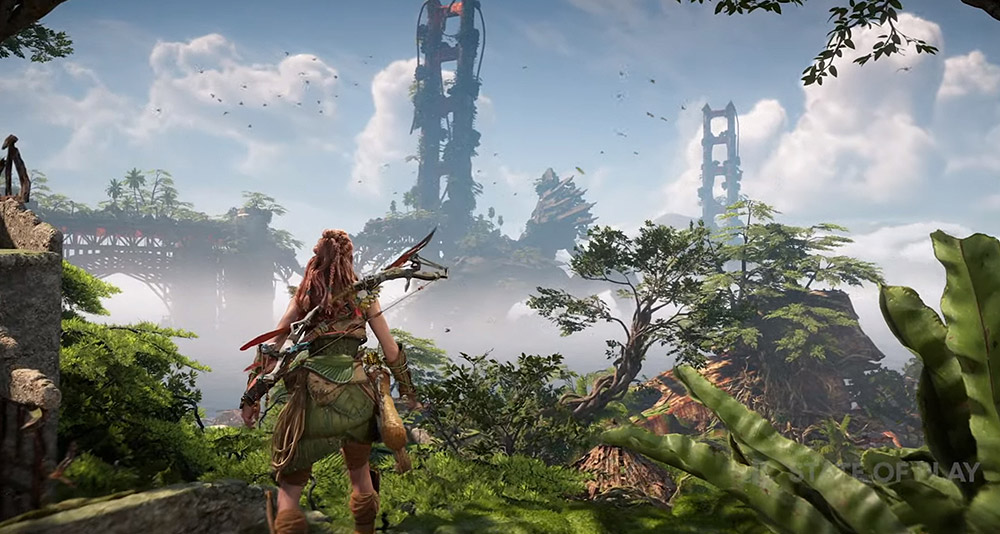 The first Horizon hit the PC in a pretty big way, and it was stunning to play the game with enhanced visuals, higher framerates and ultra-widescreen support built in. Since that time, the sequel Forbidden West has hit the PS5, and Sony would be foolish to keep it there for an extended period of time.

Forbidden West has an opportunity to set a standard for PlayStation exclusives to get PC ports a year or so after their release. It’s doubtful the sequel will see a PC port by February of 2023, but Sony should give it some thought. In the meantime, it’s highly doubtful the company hasn’t already planned when to release Forbidden West on PC. It’s just a matter of time. 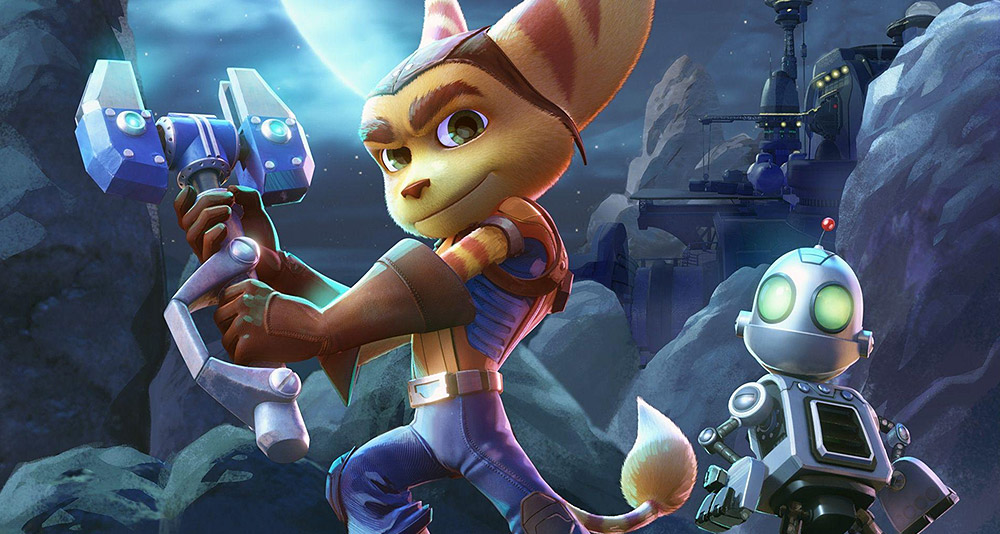 This PlayStation-based dynamic duo have always been a hit with fans of the brand, and the debut game recently got a major refresh for PS5. This is a fantastic opportunity for Sony to test the waters by porting that very same title to PC to introduce players to the entire Ratchet & Clank franchise.

It’s worth noting that rumors have already been floating around in hushed tones regarding Ratchet & Clank’s eventual PC debut. None of this has been confirmed, but Sony may wish to take the hint. It’s still one of the best platforming franchises the PlayStation has ever seen. 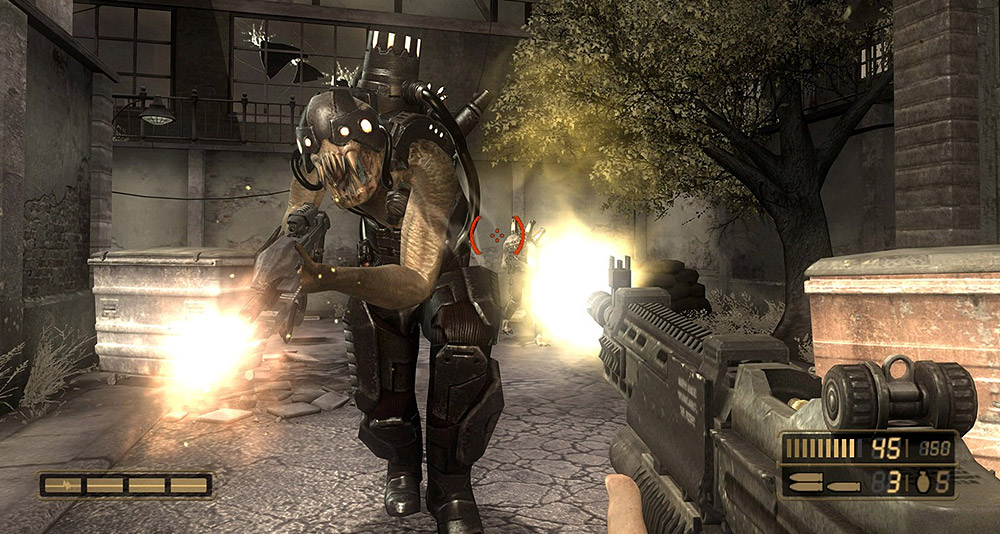 The Resistance games were sleeper hits on the PlayStation 3, thanks in large part to the premise of an alternate history based in 1949, where much of Europe has been overrun with monstrous aliens known as the Chimera.

A bit part of the Resistance franchise’s charm is its dark, brooding gameplay and intense boss battles. Players could utilize a variety of intriguing weapons to battle the Chimera, mixing sci-fi elements with 1940s alt-history to create something really special. As far as FPS titles go, the original Resistance would feel right at home on PC with a mouse and keyboard combo. 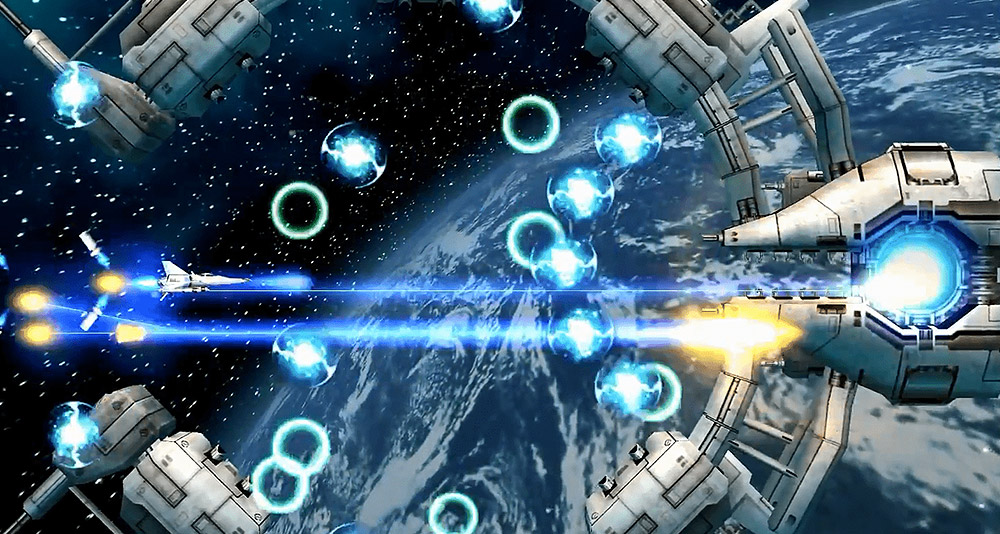 This relatively obscure addition of the Gradius shooter franchise was an absolute masterpiece on the PlayStation 2, but it hasn’t seen any love on other platforms as of yet. This is a perfect opportunity for Treasure and Konami to start making more headway into the PC market. That is, of course, if Konami can ever find its way out of its own self-imposed fog.

Gradius V is an adrenaline-pumping masterpiece with a thumping high-octane soundtrack to match. It’s also visually stunning, and the classically-inspired shooter elements are about as good as it gets. It’s also notoriously difficult, even on Very Easy, which means players capable of slogging through it definitely have some bragging rights. 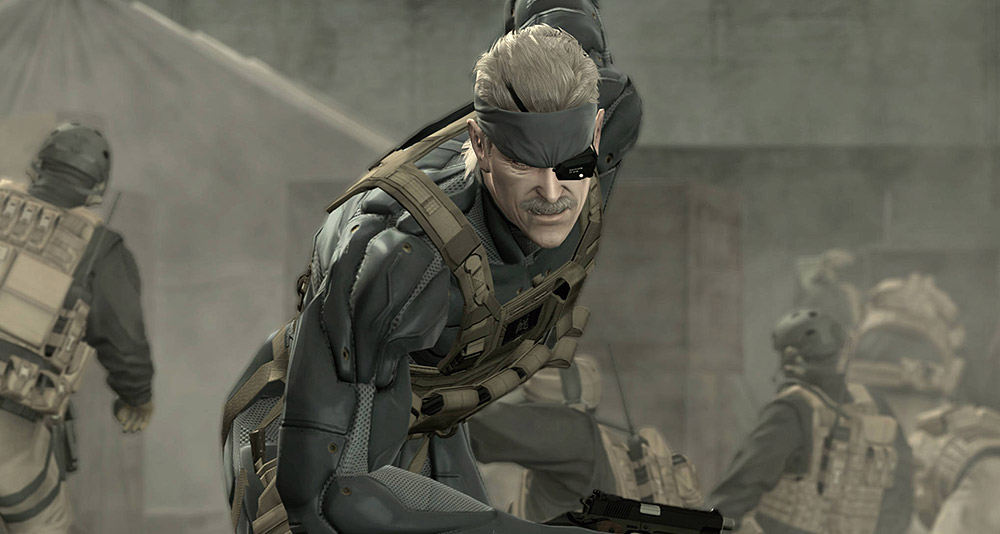 Most Metal Gear Solid games have already seen releases on other platforms, but MGS4 is still a PS3 exclusive to this day. That needs to change, as entire generations of gamers have never experienced Solid Snake’s swan song the way it was intended.

Of course, an MGS4 PC port would require a historical remastered upgrade in order to make the appropriate splash. It was never a perfect game, but it’s certainly worthy of a PC release with some updated stealth gameplay mechanics thrown in. The only downside is the thought of sitting through hours and hours of 4K cutscenes while waiting for the next mission to start.