The façade surrounding The Lord of the Rings: The Rings of Power didn’t fool fans and they’ve seen through Prime Video’s tactics for quote some time. But it now appears the showrunners aren’t even trying to conjure up the façade anymore after their disastrous appearance at San Diego Comic-Con.

During their Hall H appearance at San Diego Comic-Con, showrunners Patrick McKay and JD Payne attempted to continue the façade that they were huge Tolkien fans and were deeply inspired by his works.

Host Stephen Colbert asked the showrunners, “There are characters played by actors who will be out here in just a moment who are not canonical to Tolkien, that must be one of the greatest challenges, how do you fill out that world with characters that are implied — they are implied cultures that you are drawing from, but they are not necessarily described to the depth that you are going to represent them. What guidance did you take for those characters’ creations?”

As part of his answer Payne said, “So, one, always back to Tolkien. And two, when Tolkien was silent, we tried to invent as Tolkienian a way as possible.”

RELATED: The Lord Of The Rings: The Rings Of Power Showrunners’ Façade For Their Respect Of Tolkien Completely Falls Apart At San Diego Comic-Con

However, in that same presentation Payne claimed that Harfoots were not Hobbits something that is found on page 3 of The Lord of the Rings: The Fellowship of the Ring. If one truly was going back to the book, it wouldn’t be too hard to figure that one out.

Payne and McKay were asked, “Why is there a Hobbit story in the Second Age?”

Payne replied, “Well, it’s actually technically not a Hobbit story, it’s a Harfoot story. And so Tolkien doesn’t say anything about Harfoots not having done anything amazing in the Second Age. He sees it as Hobbits before the Third Age didn’t do anything impressive. So we felt we had license there to tell a good Harfoot story.”

McKay also added, “It was really important to us from minute one that what makes Tolkien’s tone unique and special is the blend of all of these cultures and what each of them bring to Middle-earth. And what each of them represent. The underdogs and the smallest people being able to do great deeds. We could not imagine a version of this show that didn’t have a version of that in some form. And went deep into the text to find it and we think there’s a beautiful, wonderful story there that you guys are really going to love.” 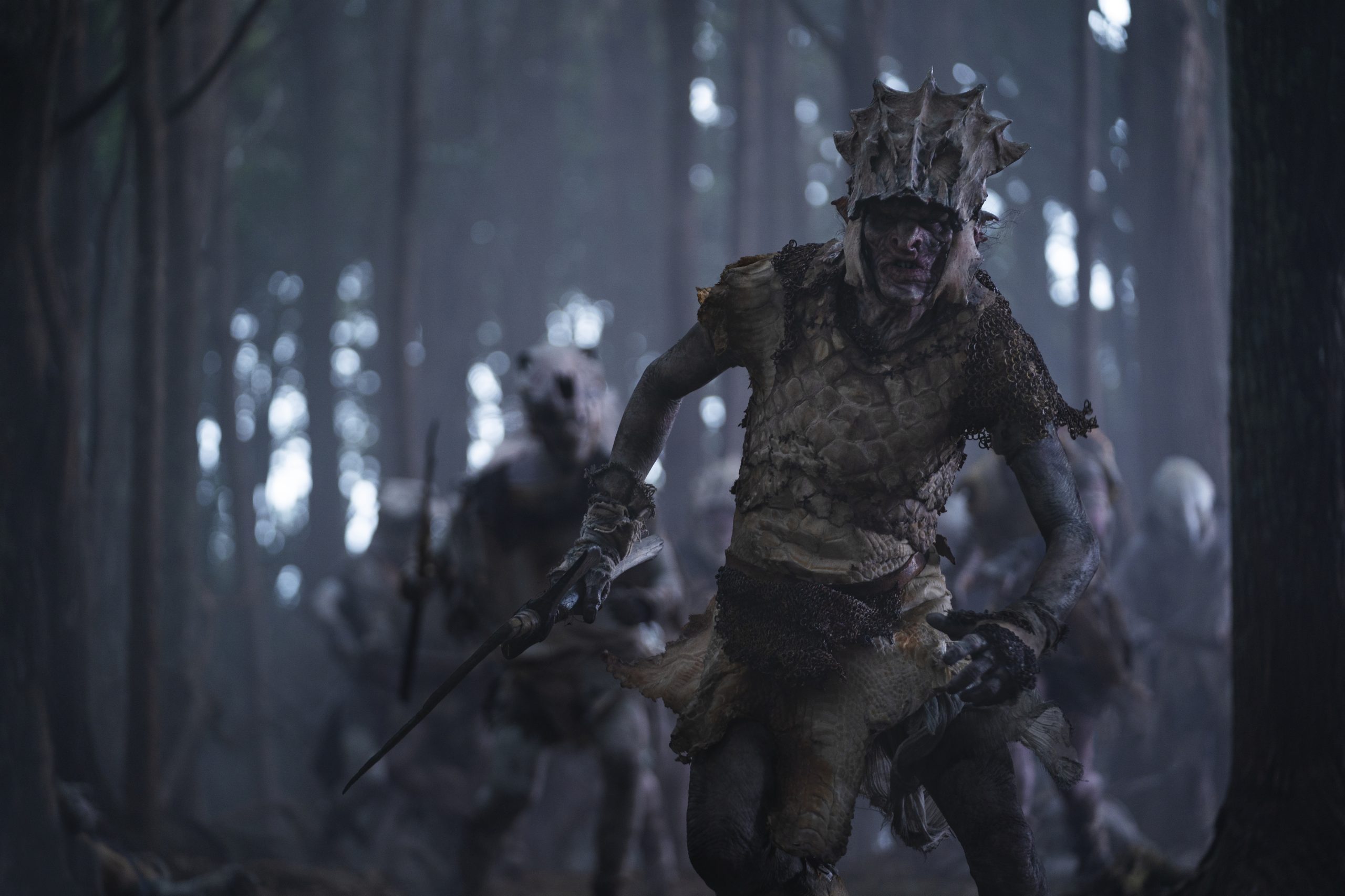 On page 3 of The Lord of the Rings: The Rings of Power, Tolkien wrote, “Before the crossing of the mountains the Hobbits had already become divided into three somewhat different breeds: Harfoots, Stoors, and Fallohides. The Harfoots were browner of skin, smaller, and shorter, and they were beardless and bootless; their hands and feet were neat and nimble; and they preferred highlands and hillsides.”

He would later write, “The Harfoots had much to do with Dwarves in ancient times, and long lived in the foothills of the mountains. They moved westward early, and roamed over Eriador as far as Weathertop while the others were still in Wilderland. They were the most normal and representative variety of Hobbit, and far the most numerous. They were the most inclined to settle in one place, and longest preserved their ancestral habit of living in tunnels and holes.” 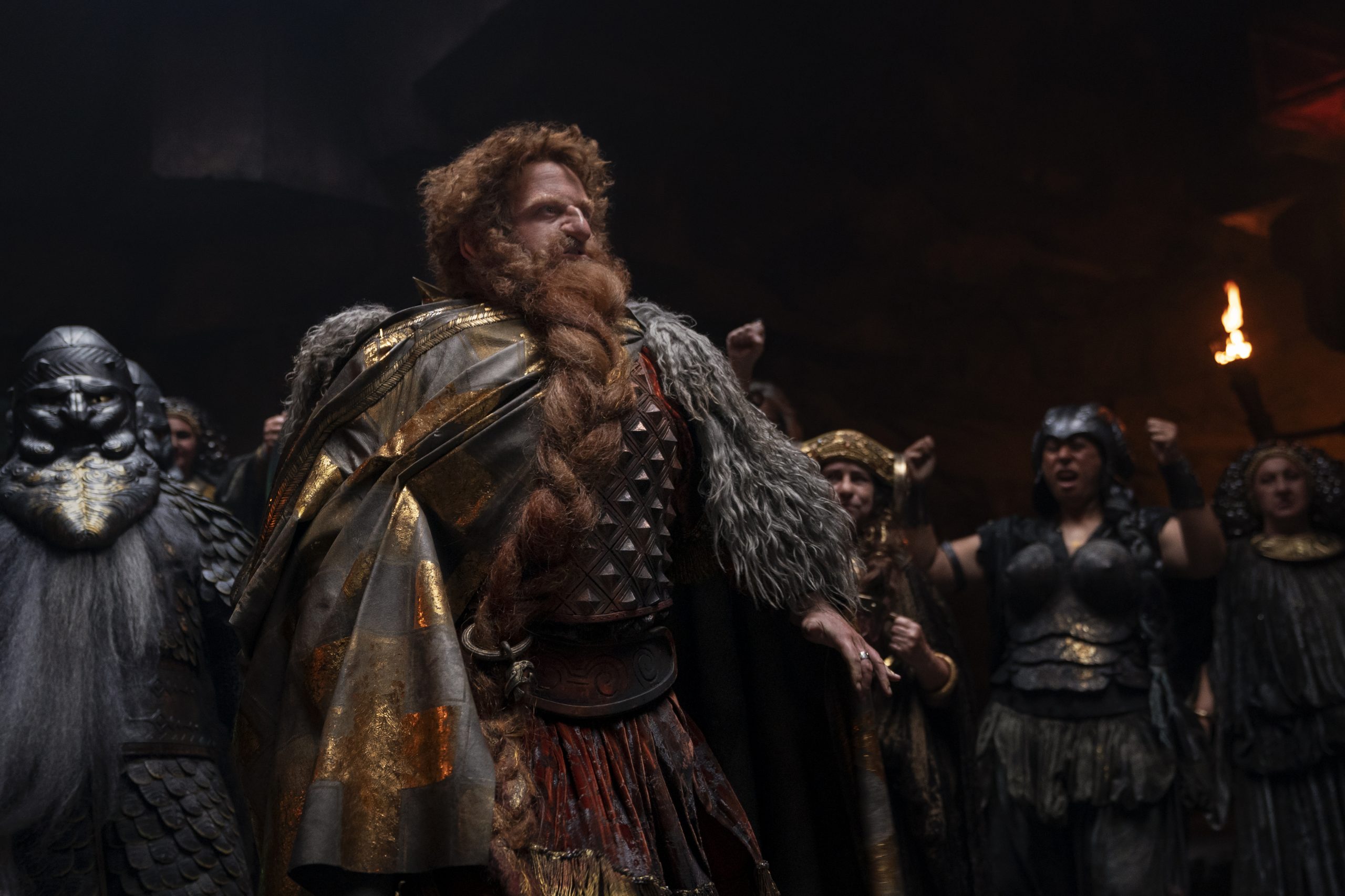 Owain Arthur as Prince Durin IV in The Lord of the Rings: The Rings of Power

With them exposing themselves as liars during their Hall H presentation, McKay and Payne are trying different tactic. On August 2nd, Entertainment Weekly shared a new interview with Payne and McKay discussing why they introduced original characters and what their goal for the show was from the beginning.

First, McKay explained how they came up with original characters saying, “Tolkien would have a line or a reference, and from that, a whole character and an arc could spring.”

He added, “That was part of the joy of coming up with this show. We just felt like Tolkien had this massive plot of land that we knew had oil in it somewhere, and every time we hit the ground, a geyser would spring up.” 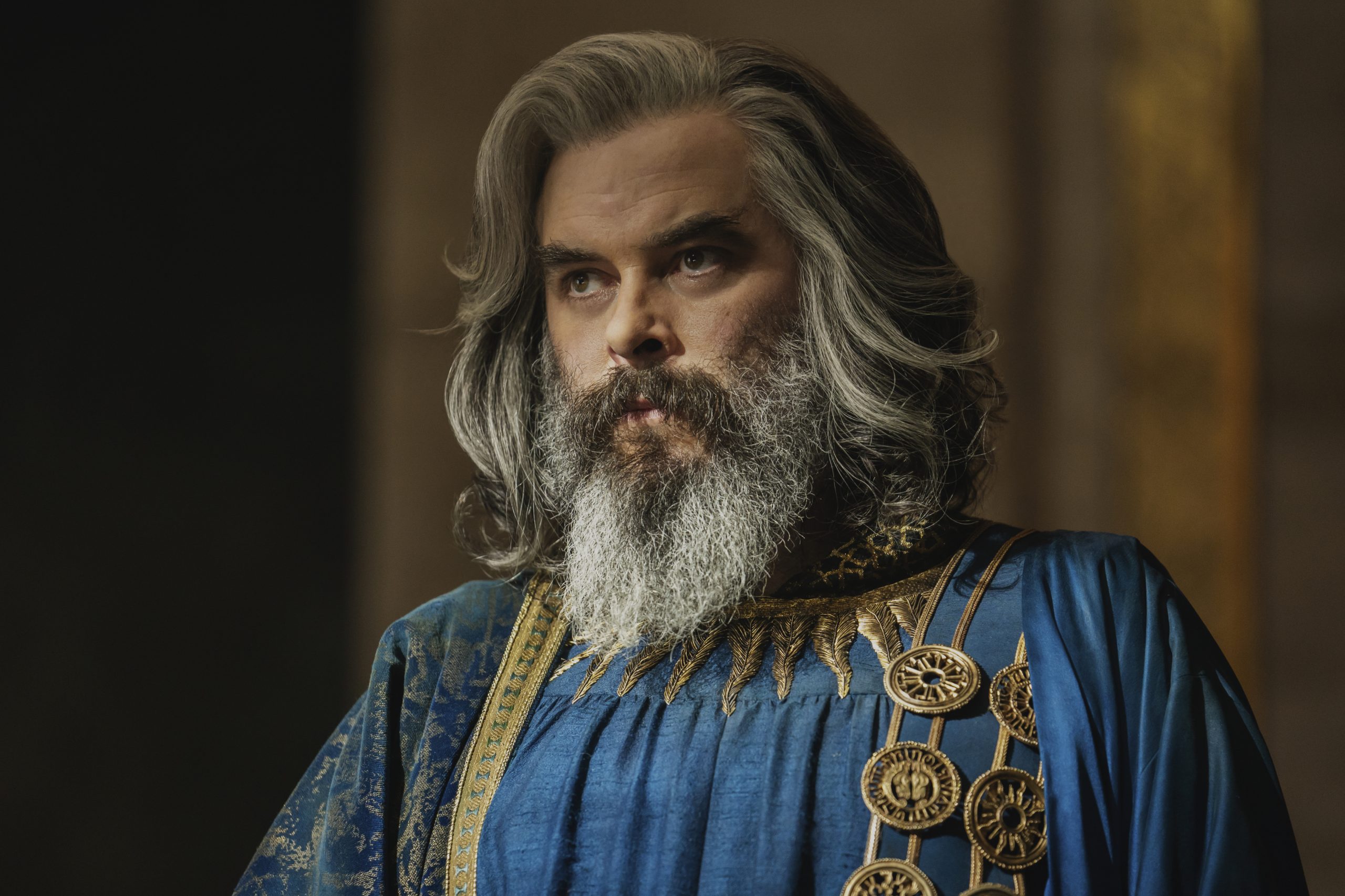 McKay would also explain the goal he, and Payne, and Prime Video had for the show from the onset, “We felt that this was this great epic that was distinct enough from what had been adapted before, but it had enough connections to be a little familiar.”

“That’s kind of been the watchword from day one: to do something different but familiar, and hopefully huge, epic, and awesome in its own right,” he admitted. 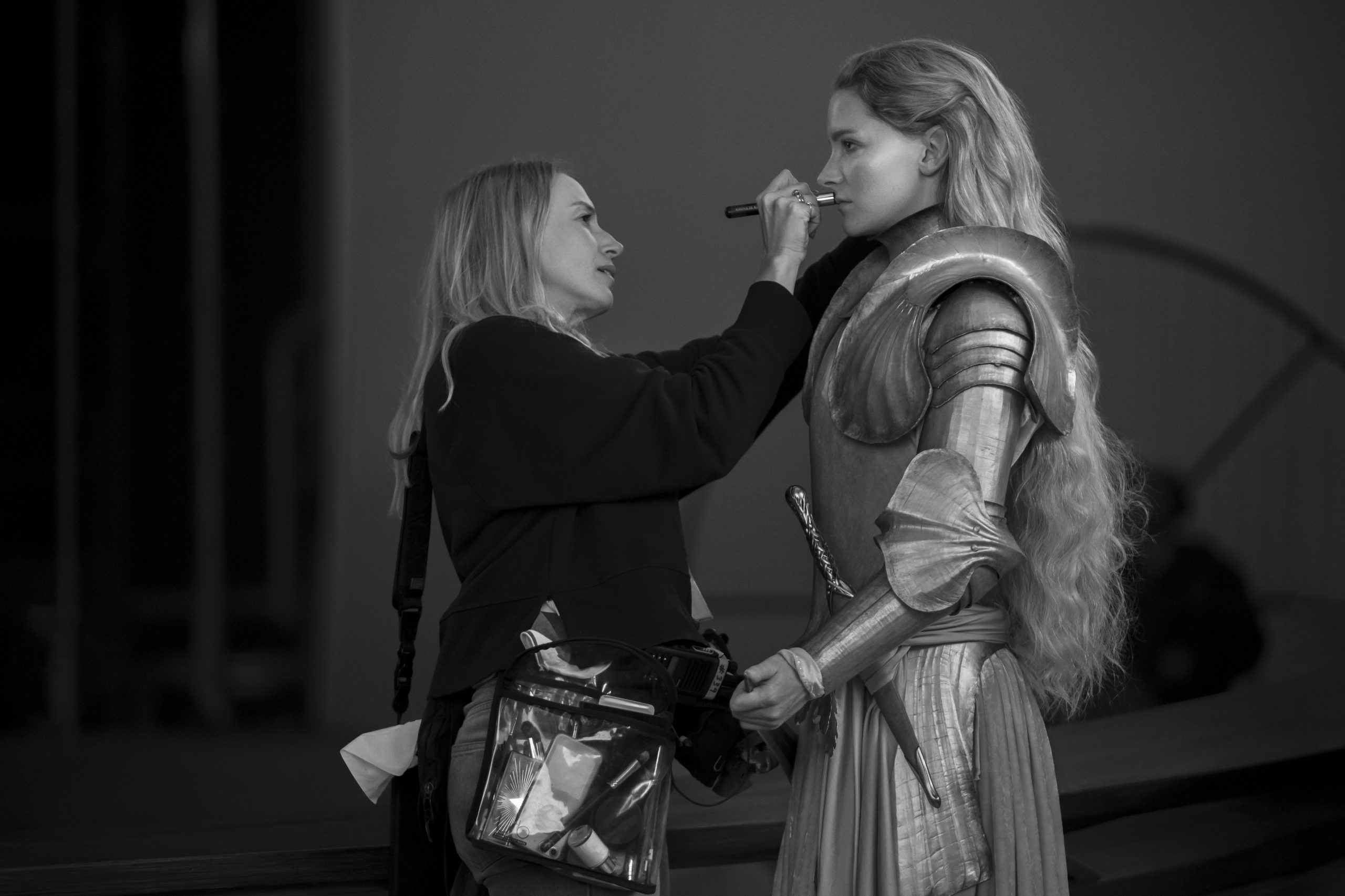 RELATED: The Lord Of The Rings: The Rings Of Power Showrunner Questions How To Make Isildur’s Story Tragic, J.R.R. Tolkien Already Wrote It

These comments do echo what McKay told Vanity Fair back in February when he detailed that the driving question behind the show was, “Can we come up with the novel Tolkien never wrote and do it as the mega-event series that could only happen now?”

In letter 25 to the editor of the Observer, Tolkien wrote, “My tale is not consciously based on any other book — save one, and that is unpublished: the ‘Silmarillion’, a history of the Elves, to which frequent allusion is made.”

In fact, Tolkien actually advocated for both The Silmarillion and The Lord of the Rings to be published simultaneously. He wrote in Letter 126 to Milton Waldman, “I had in my letter made a strong point that the Silmarillion etc. and The Lord of the Rings went together, as one long Saga of the Jewels and the Rings, and that I was resolved to treat them as one thing, however they might formally be issued.”

Tolkien thought of the story as one whole saga detailing in Letter 125 to Stanley Unwin, “But the whole Saga of the Three Jewels and the Rings of Power has only one natural division into two parts (each of about 600,000 words): The Silmarillion and other legends; and The Lord of the Rings. The latter is as indivisible and unified as I could make it.”

He reiterated this point that both books are one in Letter 133 to Rayner Unwin explaining, “As for The Lord of the Rings and The Silmarillion, they are where they were. The one finished (and the end revised), and the other still unfinished (or unrevised), and both gathering dust. I have been both off and on too unwell, and too burdened to do much about them, and too downhearted. Watching paper-shortages and costs mounting against me. But I have rather modified my views. Better something than nothing! Although to me all are one, and the ‘L of the Rings’ would be better far (and eased) as part of the whole, I would gladly consider the publication of any pan of this stuff.” 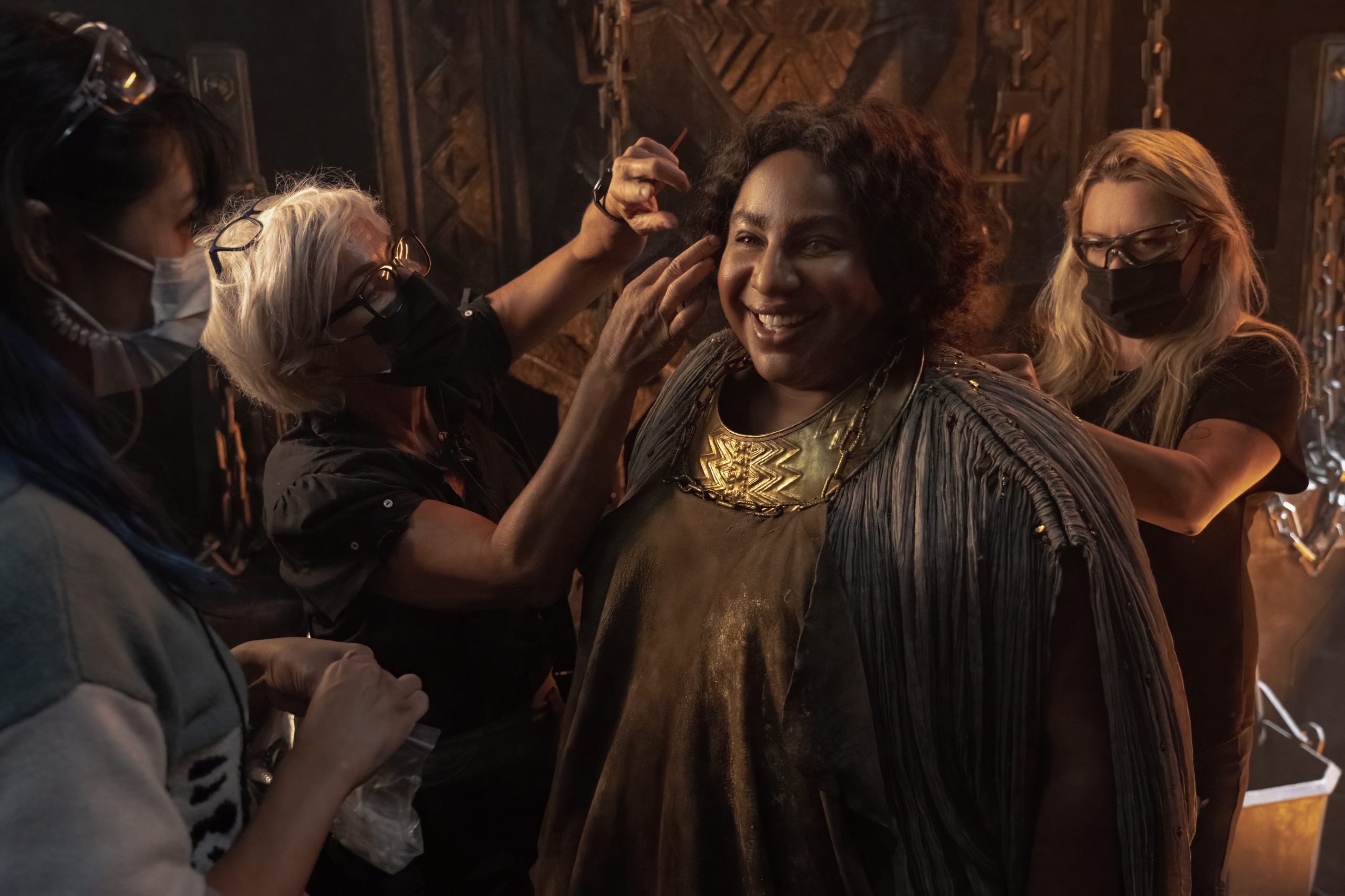 What do you make of McKay’s revelation about the original intention of the show or the “watchword” as he calls it?

NEXT: YouTuber Creates ‘The Tolkien Cut’ Version For The Lord Of The Rings: The Rings Of Power Comic-Con Trailer, Blows Up “Back To The Book” Narrative Professed By Showrunners