Episode 2 of HBO’s Game of Thrones prequel House of the Dragon has arrived, but it’s more of the same, which isn’t particularly good for a show trying very hard to capitalize on its parent franchise’s iconography. ‘The Rogue Prince’ focuses a lot on dialogue in an effort to establish the several different directions King Viserys is being pulled by his influencers. 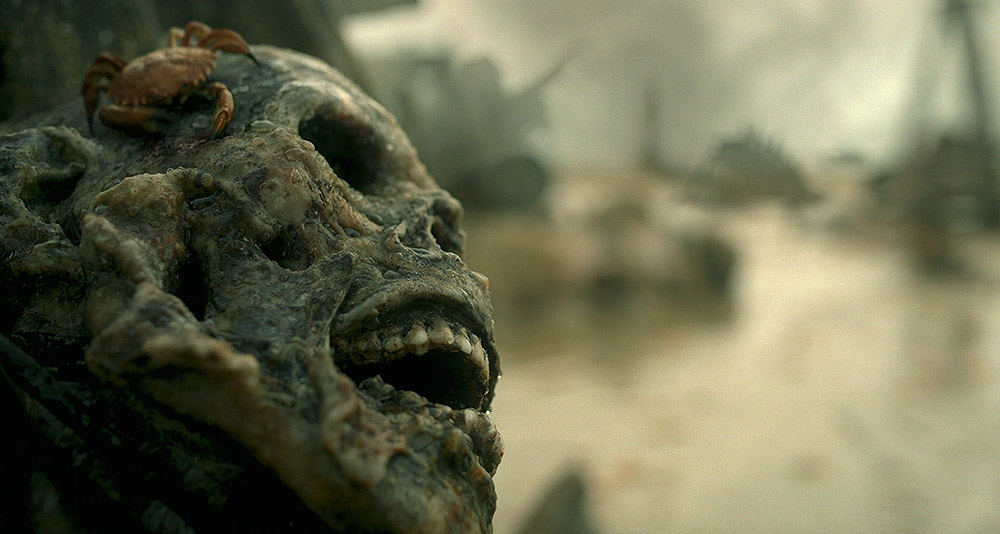 That’s about it, in a nutshell, which doesn’t bode well for those eager to see a sprawling story unfold. A large bulk of the episode feels as if it takes place under house arrest, with Viserys attempting to balance out three distinct crises all taking a toll on his role as King.

The first involves Prince-Admiral Craghas Drahar, otherwise known as the Crab Feeder, who has taken over the notorious Stepstones island chain, and turned it into a region rife with piracy. Corlys Velaryon suggests an assault on Drahar to showcase the kingdom’s strength, but the latter’s campaign is being fueled by the Triarchy alliance between Myr, Lys and Tyrosh, who Viserys does not wish to provoke. 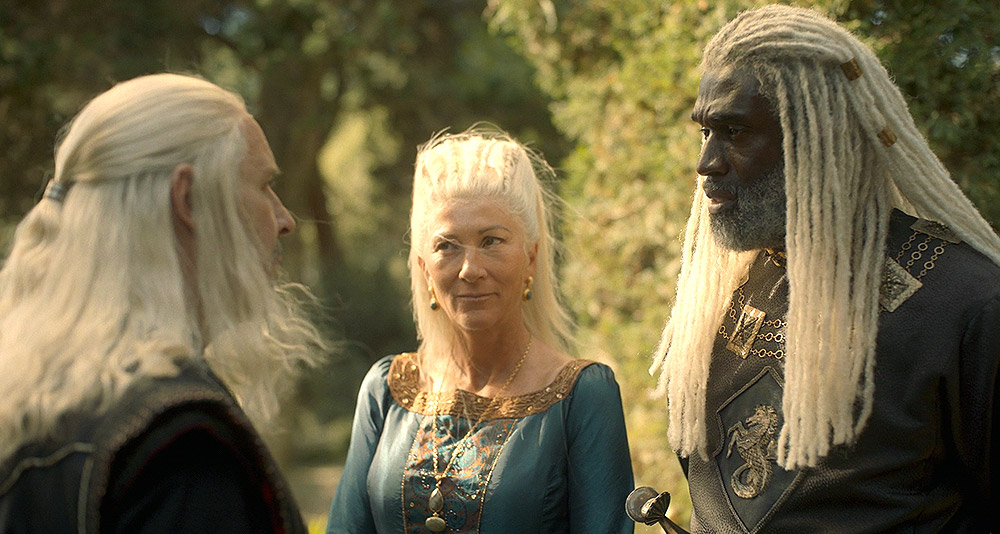 This conundrum gives Corlys and his wife Princess Rhaenys the window of opportunity they need to amass more power, namely by pressuring Viserys to marry their twelve year old daughter Laena. His own revulsion to the idea notwithstanding, Viserys is forced to choose between the inherent advantages of uniting the two houses, and rejecting the idea in favor of keeping his daughter Rhaenyra as heir to the throne.

A third problem rears its head when Viserys’ estranged brother Daemon Targaryen steals a dragon’s egg and taunts him towards confrontation at Dragonstone, the family’s ancestral home. Otto Hightower, the Hand of the King travels with a contingent of soldiers to confront Daemon and retrieve the egg, which nearly provokes a battle. 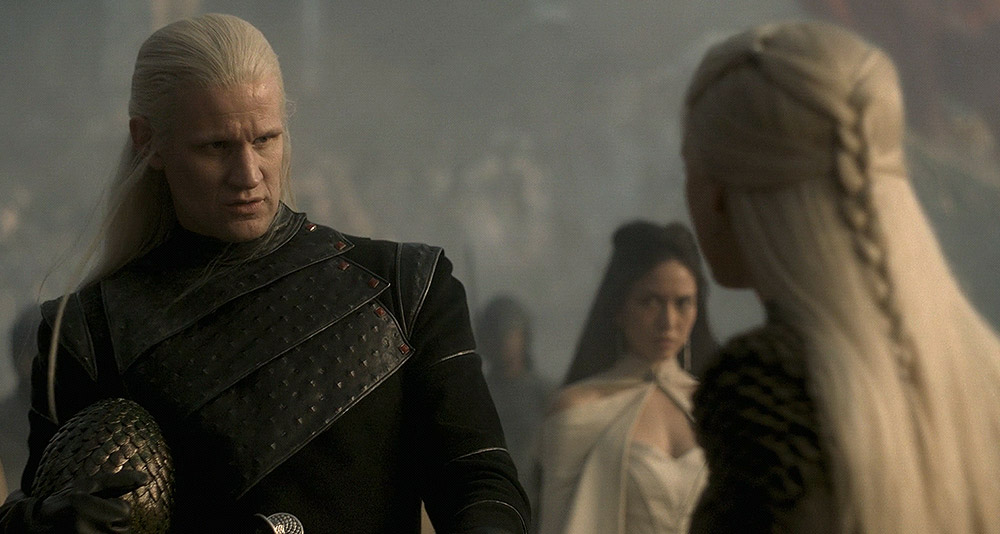 Daemon’s plot is thwarted when Rhaenyra arrives with her dragon Syrax, and convinces him to stand down. Viserys is enraged when he learns of her disobedience, but also admires her for her decision-making skills, especially when it came to avoiding bloodshed. 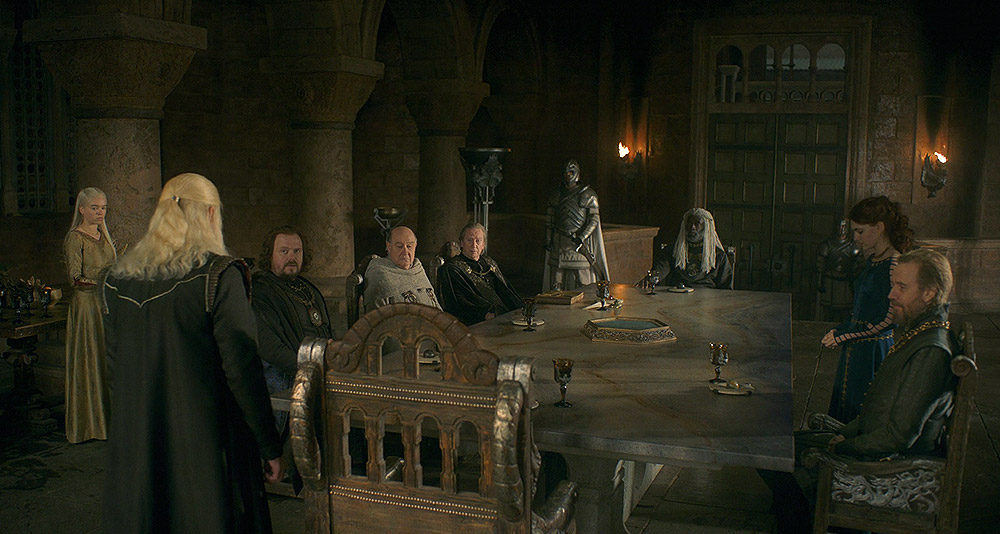 The episode ends with a surprise decision by Viserys regarding his proposed marriage to Laena, and the fallout soon becomes evident when two powerful forces meet in secret to discuss what can only be the overthrow of the King, and a new era of conflict that will affect Westeros as a whole.

That traditional Game of Thrones aesthetic continues to shine through in the second episode, even if most of it takes place inside of stuffy rooms and conference halls. It’s clear that the team is operating on autopilot at this point, and they know how to set up House of the Dragon to mimic its predecessor show. 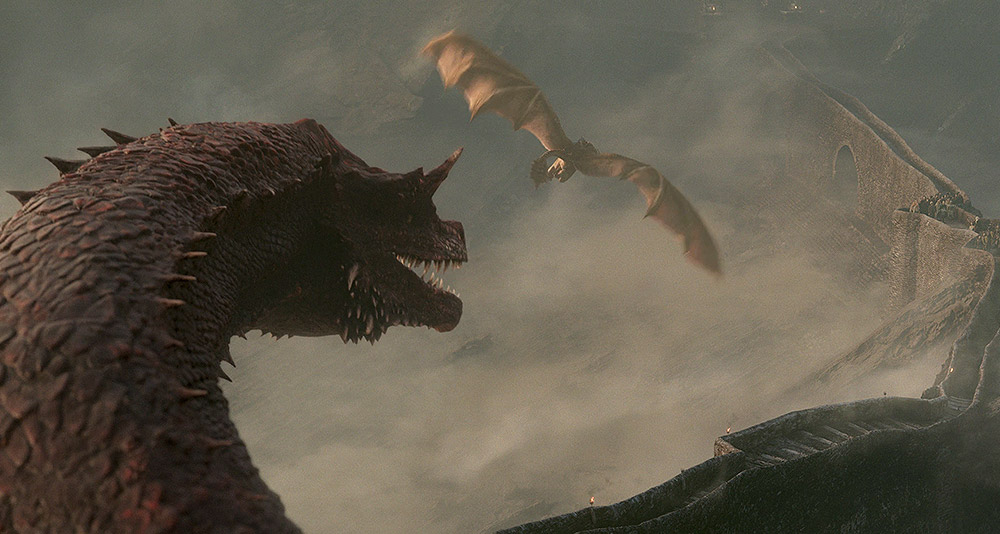 It was also nice to see Dragonstone make a reappearance, especially given the events that played out in Game of Thrones. Hopefully it will make more appearances as time goes on, perhaps setting up a few connecting threads with the original series.

As usual, dialogue and actor performances are spot on, and indicative of the kind of quality that this franchise aspires to. The actors and actresses take their roles seriously, and they seem to live them with a sense of authenticity and professionalism. That’s key in drawing an audience in, and the standards for this show are already set very high. 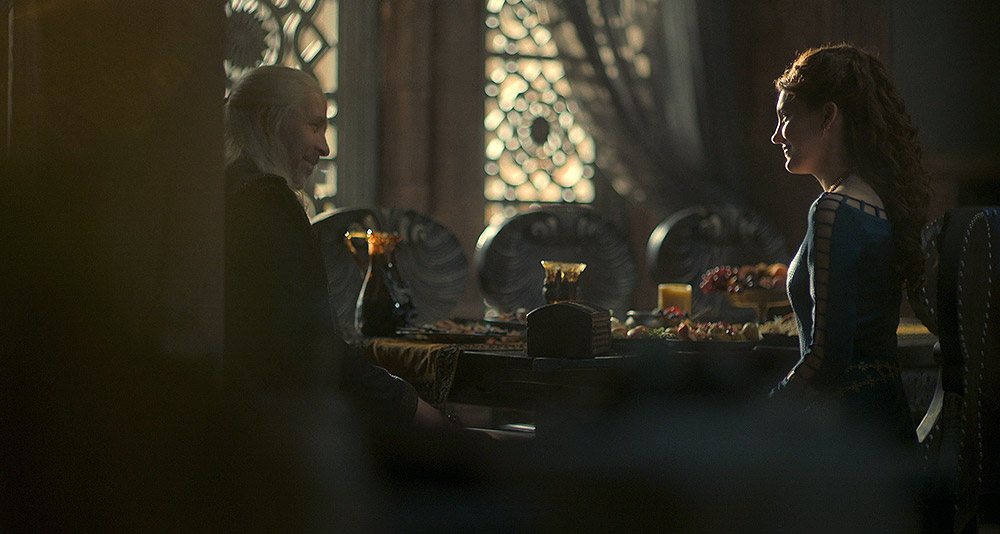 Unfortunately, there isn’t a lot else to say, as much of the atmosphere, tone and pacing of ‘The Rogue Prince’ is identical to the debut episode ‘The Heirs of the Dragon.’ The same basic plot elements are still in circulation, with very little in the way of new developments. While season one of Game of Thrones also took some time to establish its story, it did it in a far more engaging and innovative manner.

The same issues that hampered the debut episode are still present, particularly the focus on dialogue over action. That’s not to suggest there be an overabundance of battle sequences, but rather, any sort of action that breaks up the monotony of the primary narrative. Game of Thrones was able to accomplish this by hopscotching its way across several different lands, each with their own unique and unfolding stories. 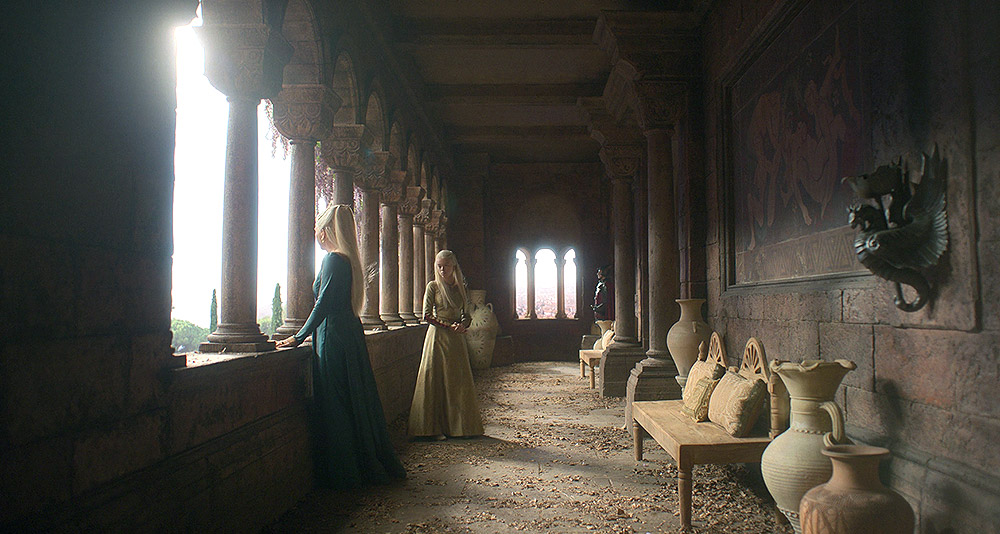 House of the Dragon doesn’t have that luxury, and everything feels deflated as a result. With just one location receiving the primary focus, it’s difficult for the audience to escape the cabin fever that soon sets in. A trip to Dragonstone isn’t going to cut it; therefore this show really needs to start picking up the pace if it wants to retain audiences.

Episode two also signals the inevitable arrival of the “toxic masculinity” Woke narrative, which is blatant and overt when Princess Rhaeyns and would-be heir Princess Rhaenyra have a subtle verbal skirmish midway through. It’s clear that the female empowerment narrative is going to be a primary focus of the show, to the surprise of precisely no one. 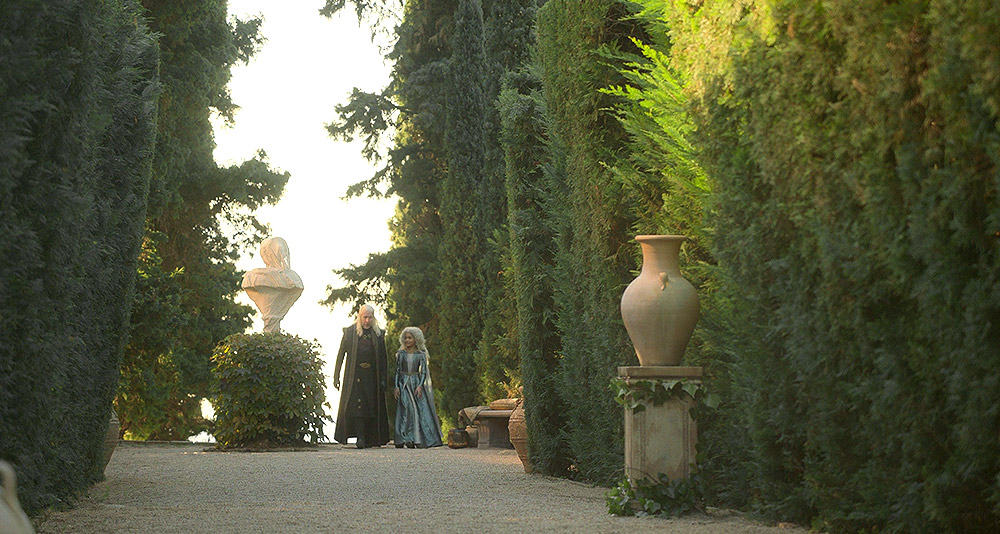 All in all, ‘The Rogue Prince’ mimics the debut episode almost note-for-note in terms of score. It’s neither good, nor bad, but a somewhat interesting prequel that is fine to watch if there’s nothing better on TV. It’s a show that audiences can wait a few days to see, rather than dedicate their entire Sunday evening to. 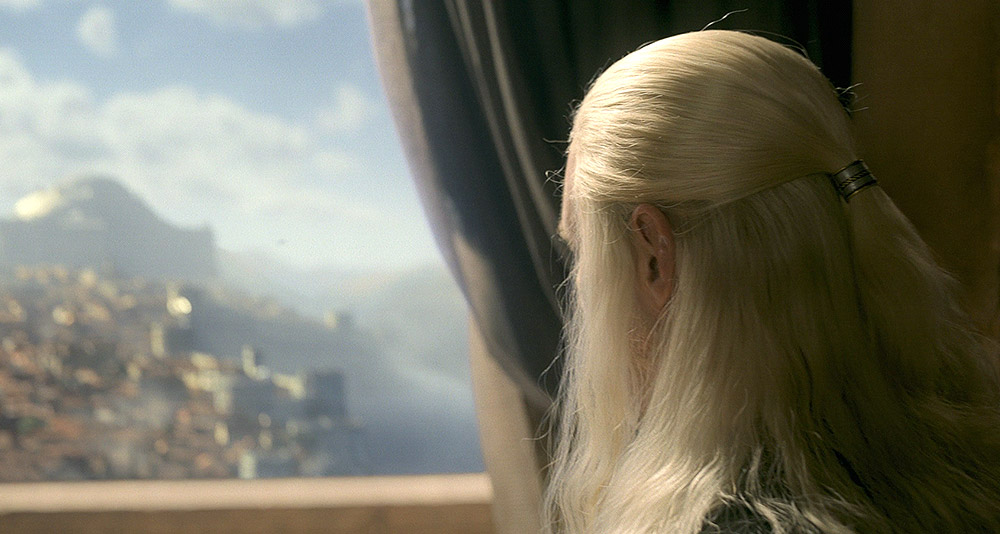 And perhaps that’s the worst criticism of all. Where Game of Thrones quickly became a pop culture phenomenon that had fans clearing their schedules well in advance of the next episode’s debut, House of the Dragon feels far less necessary. Perhaps that’s a testament to the latter-season downfall of Game of Thrones, but this show isn’t doing itself any favors by dragging itself along halfheartedly.

Two episodes in, and still very little to show for it. It isn’t yet known just how many seasons House of the Dragon is scheduled to run for, but if the showrunners aren’t careful, it’ll be lucky if it manages a second, much less an eighth. There is material to work with, to be sure, but the writers may need to start fudging with it a la Game of Thrones in order to create a compelling standalone narrative. 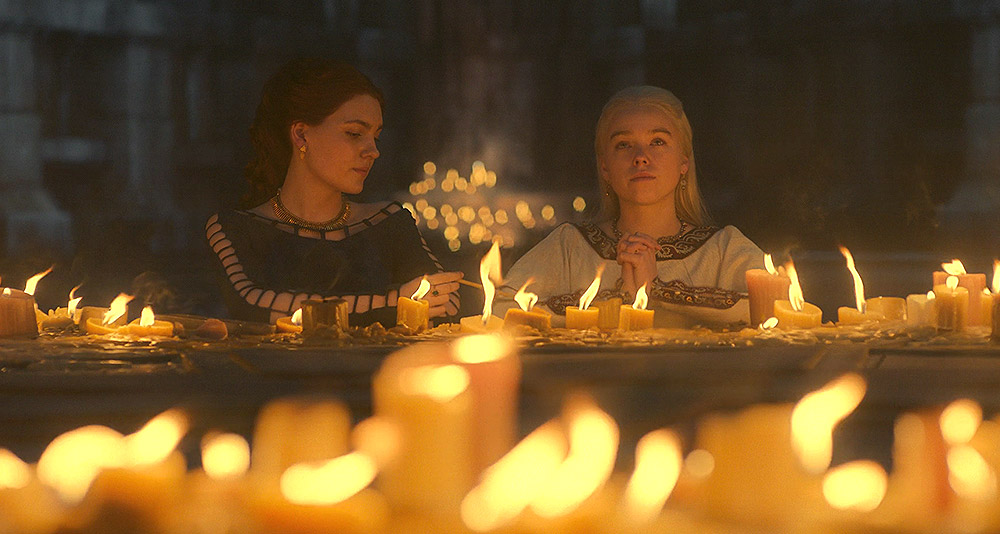 As GOT fans know all too well, that’s a risky proposition, but it may be necessary in order to make the show a continuing success. Simply tuning in for the franchise’s sake does not a great series make, and House of the Dragon may find itself forgotten in short order if it can’t break out of its shell. 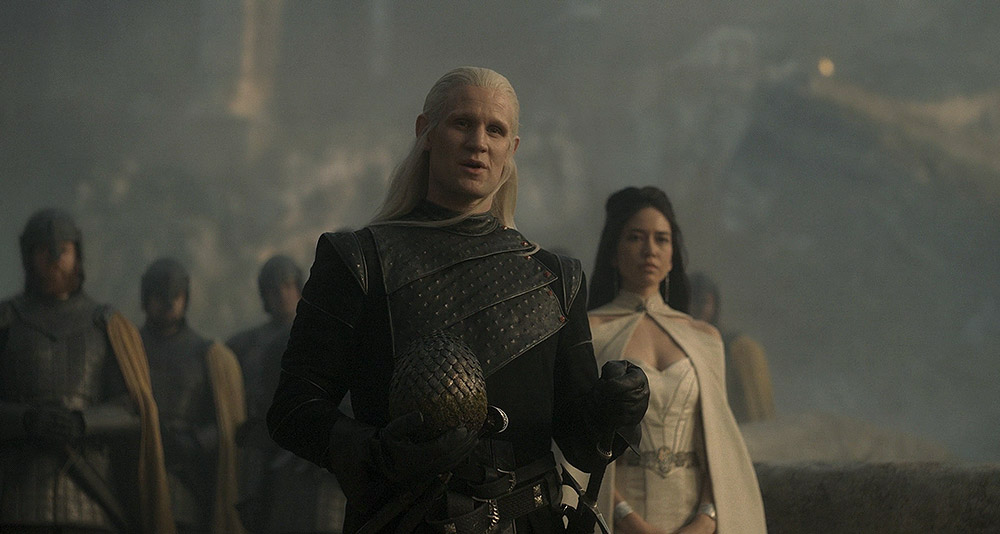 Time will tell if the third episode, ‘Second of His Name,’ will finally manage to push the snowball down the hill. If it doesn’t, then this show might turn out to be a total dud. As it stands, those who believe the series can simply ride the coattails of Game of Thrones will be in for a sour and unpleasant surprise come the end of season one.