You may not understand yet why the Predator or Yautja in Prey looked nothing like its brethren in the other films but, fortunately for you, the creature’s designer has come to the rescue. 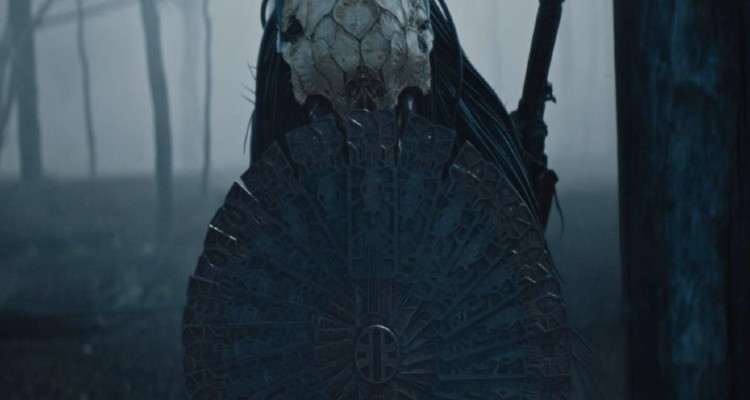 On his own time and seemingly not at the direction of Hulu’s overlord Disney, artist Michael Vincent pulled back the curtain a while ago on Twitter to explain the evolution and anatomy of the first alien monster to contact and hunt mankind, as far as we know.

Vincent first clarified why the small details are different, from its skin to its dreadlocks, due to the environment. “Genetic isolation with different environmental pressures yields a variant of yautja… adapted to a drier climate… thinner, waxier dreads, thicker oral tissue, & scalier skin for moisture retention, favors crushing bite for different diet…” he wrote. 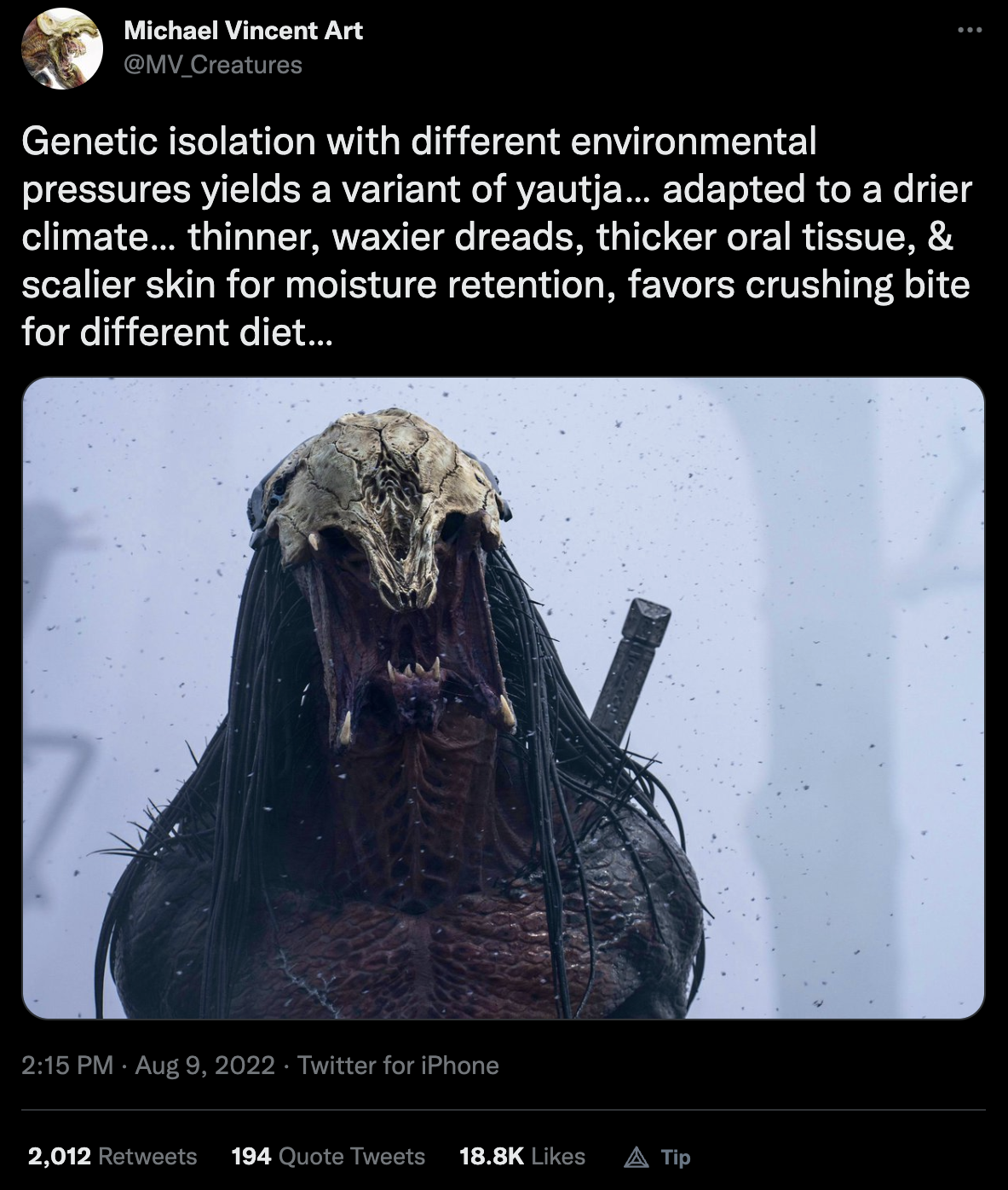 RELATED: ‘Prey’ Star Amber Midthunder Pushes Back Against Critics Who Claim Film Is “Super-Woke”, Says They “Have No Idea What They’re Talking About”

He added that Yautja solves heat and dehydration problems through its “Thicker brow [that] houses heat sensitive organs, which the mask is designed to interface with… thinner casque loses less water…”

It turns out as well that this primitive Predator has respect and — maybe fittingly — a hunger for bones. “Bone has a special cultural significance to the Feral subspecies… not only their armor but as a diet staple… a careful look at the mouth reveals molars outfitted for osteophagy [bone eating]…” Vincent said.

While all very interesting, Twitterer Conq the Kangueror (@Officer_Stoopz) poured some cold water when he found a plot hole. In tie-in comics by Dark Horse, it was established Predators breathe methane and nitrogen through an apparatus in their mask, which we saw on display in the arguably underrated Predator 2.

“I have a question right here,” Conq replied in the thread, inquiring, “Why would a less oxygenated atmosphere matter? In the comics, Yautja is said to breathe mostly methane or nitrogen through their masks. In Predator 2 the City Hunter even tries to get some breath through his mask after it was damaged.”

A possible answer comes in the form of inference from another user named @NianCaju — but it’s all we get here. “Probably the Yautja use the oxygen for some metabolic process, or have a hybrid breathing? But the oxygen is more effective,” he replied. “Without, the predator have to be adapted.” 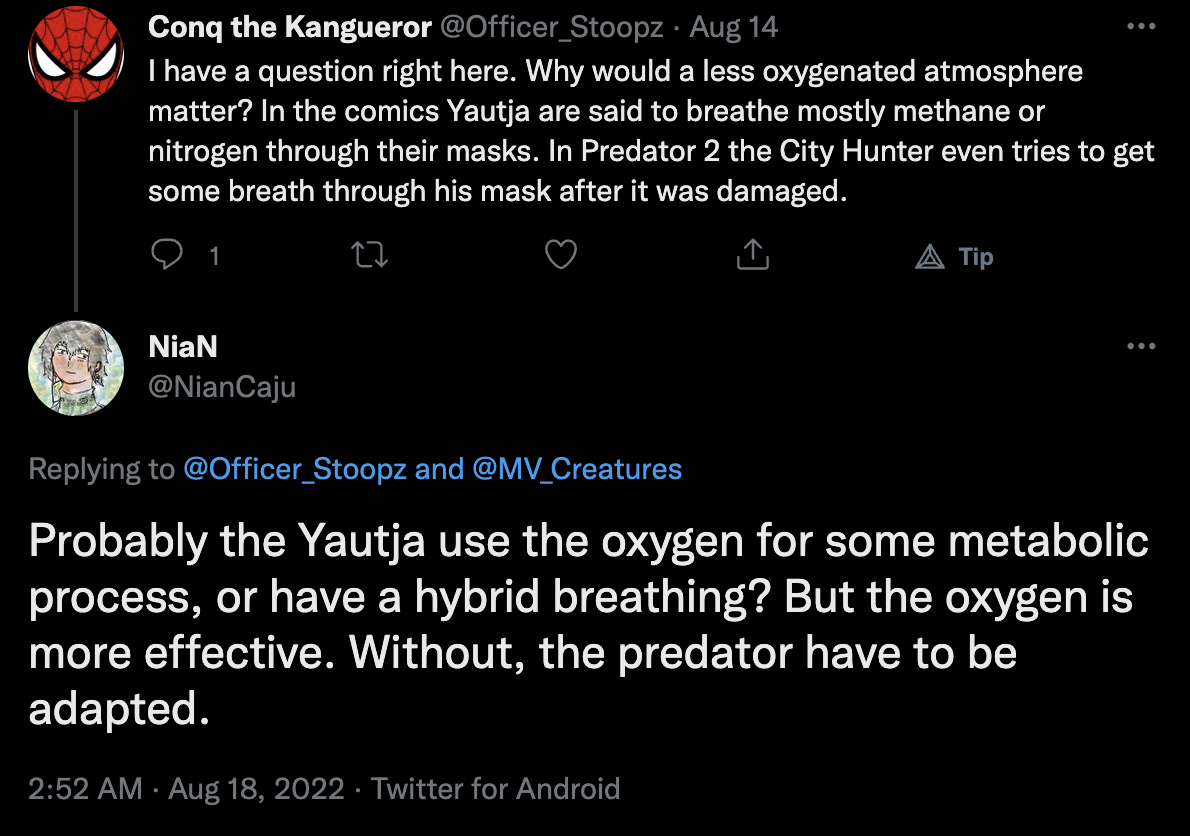 Vincent had time for one question pertaining to the Yautja’s maw and why we don’t see it close all the way, which is something the designer had in mind. Closed mandibles just didn’t make it into Prey’s final cut.

“Interesting question given I had the same pet peeve… I spent a lot of time making sure that the various mouth parts puzzled together tightly… and it so happens that we just never got a shot with the mouth closed… the mandibles are meant to fit into the jawline like canines,” he answered. 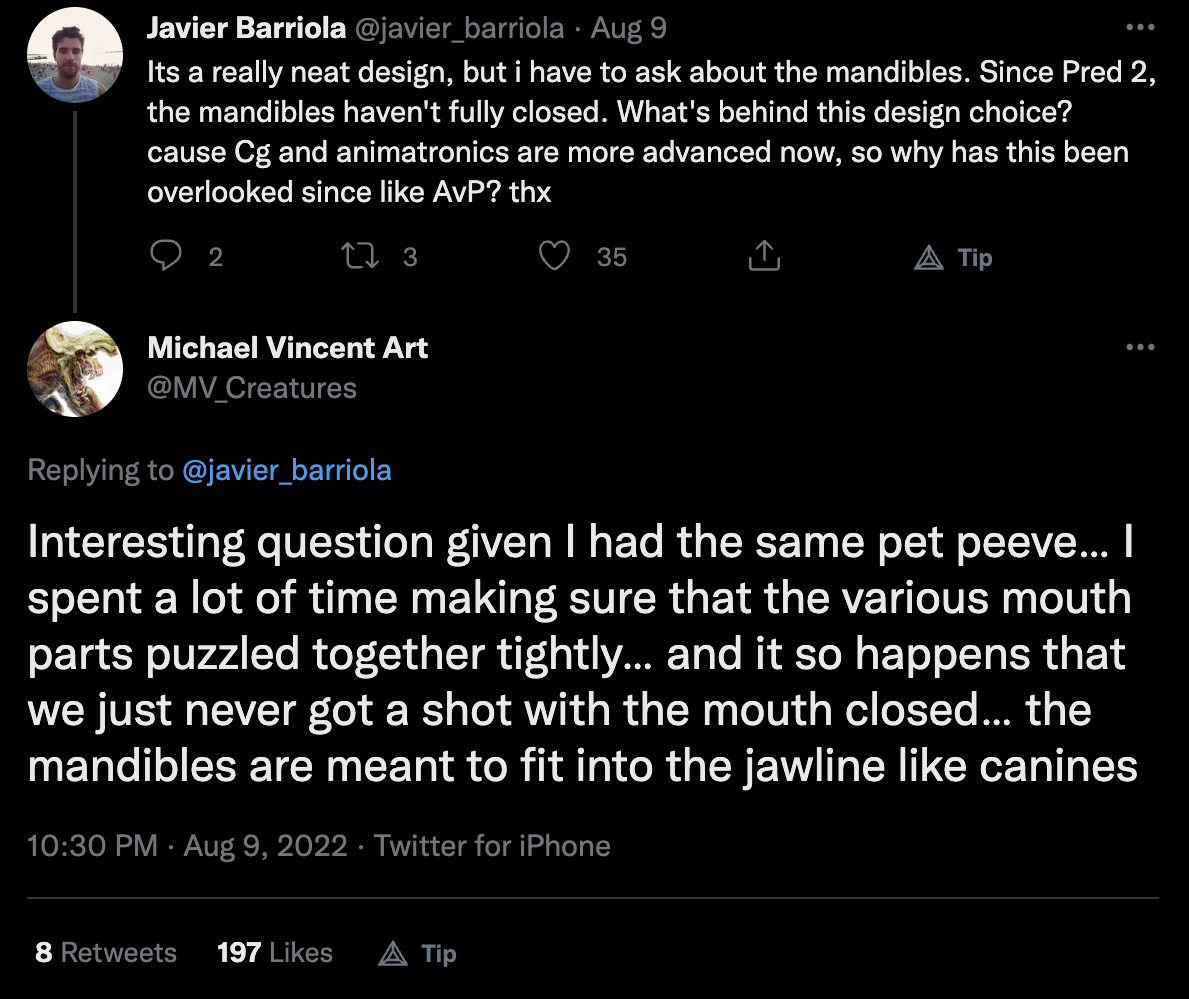 As noted, Michael Vincent is doing Disney’s job and that of the filmmakers for them, probably free of charge. It is nice to have this extra background information to appreciate Prey a little better, but we agree with Orange Hat Reviews’ analysis. Creating supplemental material going in-depth on the Yautja wouldn’t hurt.