The Lord of the Rings: The Rings of Power director Wayne Che Yip recently explained that Galadriel commits entrapment against Halbrand during a pivotal scene in Episode 5 “Partings.”

While discussing the forge scene between Galadriel and Halbrand, where Galadriel attempts to convince Halbrand to join her cause in an audience with Míriel the next day, Yip admitted that she knowingly engages in entrapment.

In the Episode 5 “Inside The Ring” after show, Yip explains, “What Aaron, my cinematographer, and I wanted to do was create this sense of entrapment. The scene starts with Galadriel finding Halbrand at the end of a day in the blacksmiths. And she feels she has the upper hand because of information that she’s found out about the mark that Halbrand wears around his neck.”

“So when she comes in, it almost feels like she’s sort of cornering him and pressuring him to join the mission to Middle-earth,” he adds. “But then when the tables turn and then Halbrand gets the upper hand then we switch round and Halbrand feels like he’s now cornering her as he presses Galadriel to find out why she wants to keep fighting, what is she really hiding?” 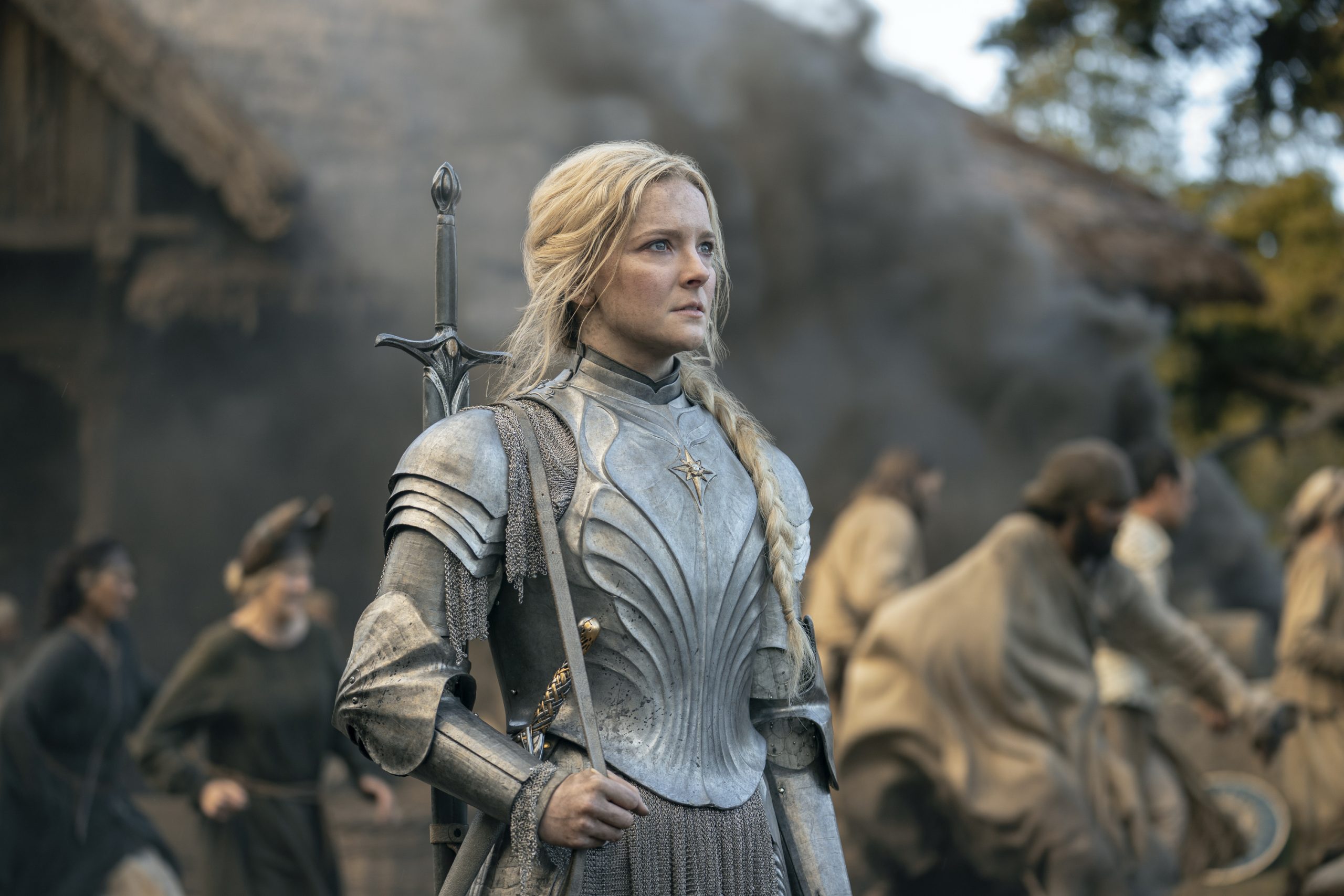 Yip’s commentary reinforces what he told Entertainment Weekly back in July when he revealed, “Tonally, we wanted [Rings of Power] to reflect [Tolkien’s] main story points of friendship and good and evil. One of the ideas is: How far into the darkness are you willing to go to do the right thing?”

As noted in July, this rewording of the ends justify the means is antithetical to Tolkien. Tolkien bluntly wrote to his son, Christopher Tolkien, in letter 81, “You can’t fight the Enemy with his own Ring without turning into an Enemy; but unfortunately Gandalf’s wisdom seems long ago to have passed with him into the True West.” 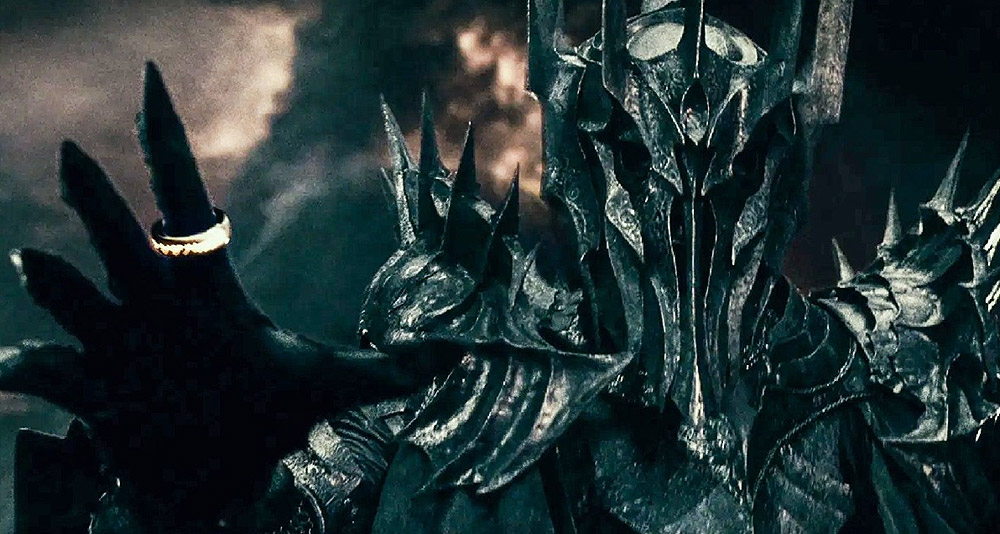 Not only does Yip’s commentary reinforce what he said back in July, but the entire scene as depicted in the show is bizarre.

It begins with Galadriel apologizing for using Halbrand in order to obtain an army to fight against the forces of Sauron she believes are massing in the Southlands. But at the same time her entire purpose of confronting him at the blacksmith is to secure his favor in a meeting with Míriel so she will greenlight the expedition. So the apology ends up being completely empty because she doesn’t actually mean it.

Nevertheless, Halbrand initially resists her pressure, noting that he’s sworn an oath to never return and that he wants to move on with his life. He hints toward repellent actions he committed saying, “You don’t know how what I did before ended up on that raft. You don’t know how I survived. How we all survived. And when these people discover it, they will cast me out. So will you.”

Galadriel is unmoved responding, “Sometimes to find the light, we must first touch the darkness.”

Galadriel manipulates Halbrand into supporting her cause. pic.twitter.com/tPW9hypEKj

RELATED: Arkhaven Comics Publisher Vox Day Explains Why Media Apparatus Is Attacking J.R.R. Tolkien And Why ‘The Rings Of Power’ Appears To Intentionally Subvert His Lore

Her answer bizarrely is that she cannot stop. She then informs him how she believes the other Elves including High King Gil-galad cannot differentiate her from Sauron and the orcs.

Halbrand then apologizes for the death of her brother, but Galadriel responds, “Your sorrow cannot ease my pain. And nor will a hammer and tongs ease yours. There is no peace to be found for you here. And nor for me. No lasting peace in any path, but that which lies across the sea.”

Galadriel then asserts that Halbrand can earn his peace by backing her and journeying with her back to Middle-earth.

RELATED: Prime Video Accused Of Buying Praise For ‘The Lord Of The Rings: The Rings Of Power’

Apparently, telling her story about her brother’s death and her opinion on what she believes her fellow Elves think about her was enough to convince him to break his oath and sail back to Middle-earth.

However, as actor Charlie Vickers reveals, the whole conversation is completely moot because he was going to go with Galadriel anyways because it was “destiny.”

Speaking specifically to the forge scene, Vickers said, “There’s just a amount of conflict in Hal at that moment. That he has this whole new life set up for him, but there’s this person he’s connected with and I think he knows full well that she is going to be using him; he’s going to be used.”

He continued, “But there’s something within him that is drawing him back to that and some thing in his, I guess, destiny that he feels like is written in the stars for him to go with her.

“I think he spent that whole thing grappling, but I think what he really wants from her is just some kind of truth,” he concluded. 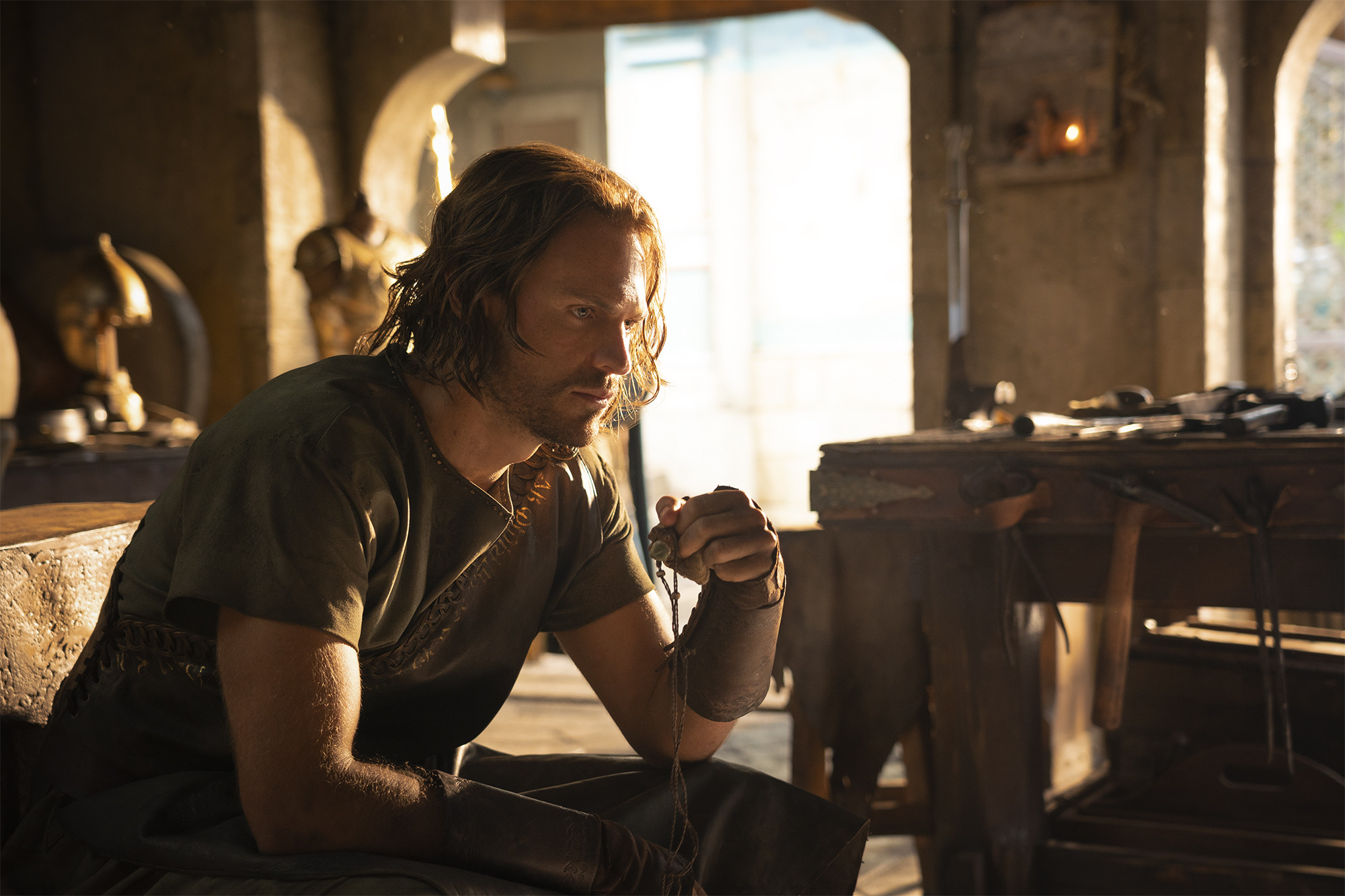 Charlie Vickers as Halbrand in The Lord of the Rings: The Rings of Power Credit: Ben Rothstein/Prime Video Copyright: Amazon Studios

What do you make of Yip’s commentary about this scene? What about Vicker’s comments regarding Halbrand and Galadriel?

NEXT: YouTuber Nerd Cookies Brutally Exposes How ‘The Lord Of The Rings: The Rings Of Power’ Bastardizes Galadriel