After 11 seasons, the original Walking Dead TV show has come to a close, and many might argue that it was a long time coming. After numerous trials, tribulations, grisly killings, brutal murders, and more characters than the average viewer could keep track of, season 11 concludes a dull story with a particularly well-executed ending. 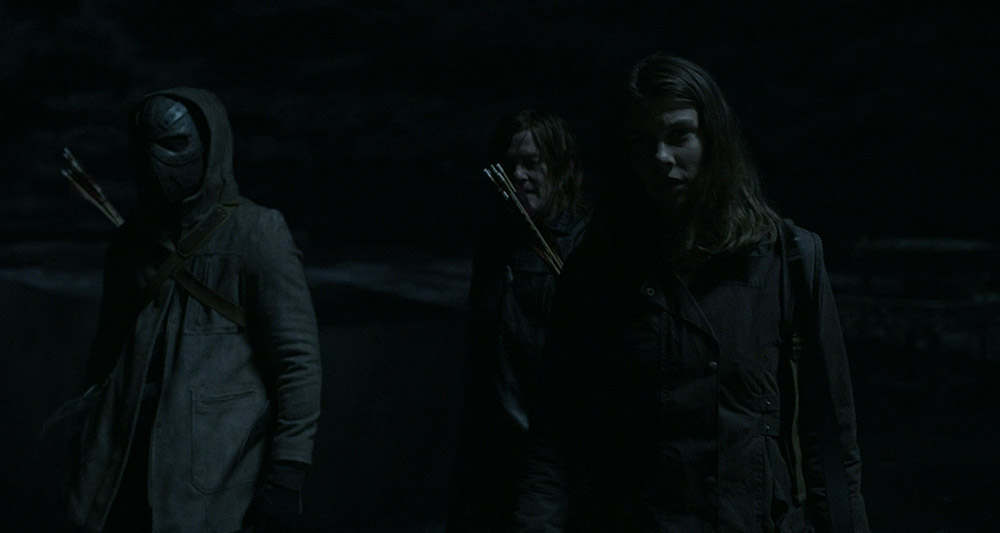 Elijah, Daryl and Maggie during a night mission in ‘The Walking Dead,’ AMC+

For those unfamiliar with the show – few of you as there may be, The Walking Dead told the story of a group of human beings living in the aftermath of a zombie apocalypse that has brought down society, turning it into a lawless wasteland. The “walkers” prey upon the warm flesh and blood of the living, while the living prey upon each other in various ways.

Based on the original comic book series created by Robert Kirkman and Tony Moore, the TV adaptation of The Walking Dead followed the same basic structure and timeline, yet deviated drastically from the source material on several different occasions, forging its own path. All the while, the thematic elements remained the same, presenting a moral dichotomy between good, evil, and the insane. 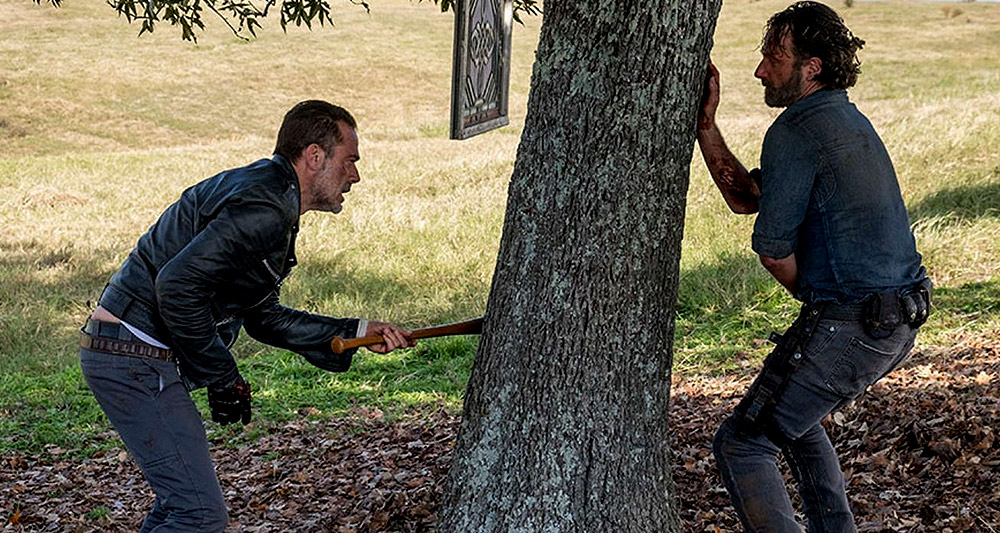 Negan and Rick during their final battle in ‘The Walking Dead,’ AMC+

Throughout the years, The Walking Dead has had its fair share of ups and downs, but viewers began tuning out following the conclusion of season 8, when Rick and his group of survivors triumphed against the nefarious Negan and his Saviors. The next season saw lead actor Andrew Lincoln depart the show, taking the central character Rick Grimes along with him, which further alienated the viewer base.

The tone of the show changed drastically, especially after a six year time jump that further muddied the narrative waters. New characters emerged, only to be either slain in grisly and gory fashion, or shoved into the background, only turning up once in a while to remind viewers they were still alive. All the while, central characters began splitting off in bizarre fashion, only to reunite under the Commonwealth storyline. 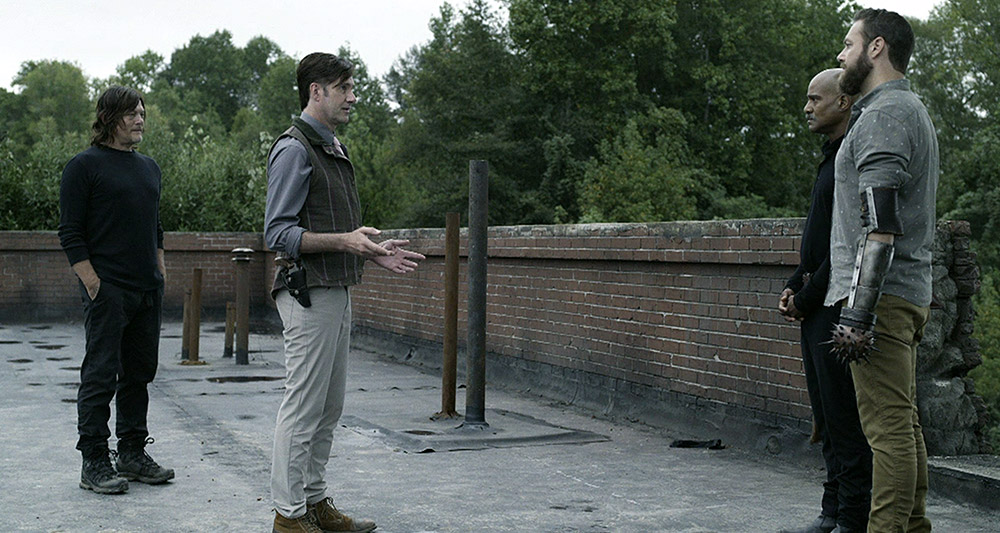 Lance talks to Gabriel and Aaron in ‘The Walking Dead,’ AMC+

Which brings us to season 11, the show’s final run. What started out as a post-apocalyptic commentary on the human condition had since morphed into a Woke free-for-all, complete with a full-scale Marxist message designed to dump on the modern world, and done with all the grace of a radicalized 17 year old with no life experience. In short, the season sucked, and then some.

The season began with a desperate group of survivors led by Maggie, who had gone incommunicado following actress Lauren Cohan’s pay dispute, where she argued she deserved as much money as her male co-stars. Following the cancelation of her TV show Whiskey Cavalier, Cohan returned to the role of Maggie and stayed throughout season 11. 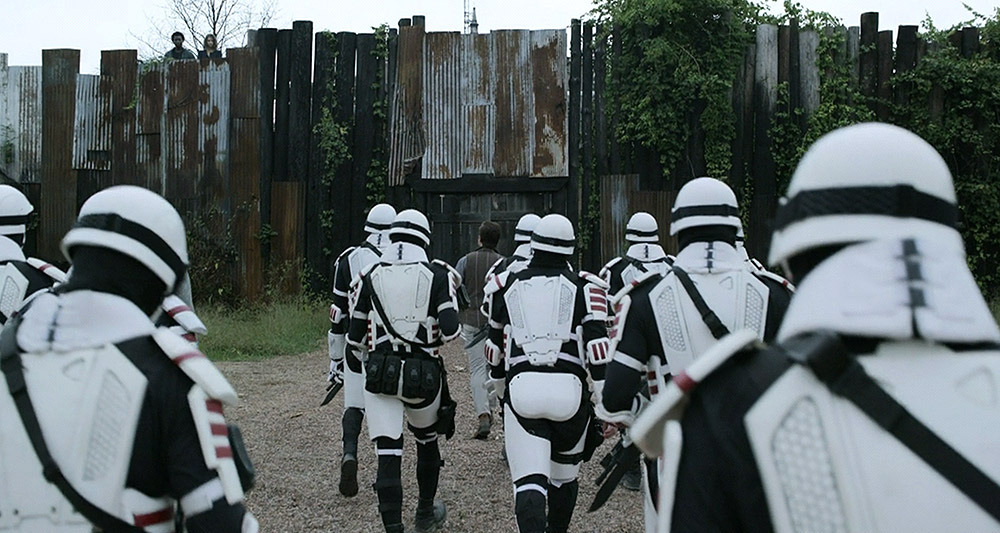 Commonwealth soldiers head to Hilltop in ‘The Walking Dead,’ AMC+

When the Commonwealth starts to make inroads into the Alexandria and Hilltop communities, Maggie resists, which sets up a tense relationship between the two. Later, a series of catastrophic events forces Commonwealth Governor Pamela Milton to turn on Maggie and the survivors, prompting her lackey Lance Hornsby to subjugate the outside communities by force.

In the middle are several subplots that slowly unravel the seemingly peaceful and benevolent Commonwealth, with a massive emphasis on an anti-capitalist narrative that borders on parody. Indeed, this is the crux of the show – that the new world of the undead is somehow a better one than the survivors left behind. Fan favorite character Daryl Dixon makes this abundantly clear in the final episode when he chastises Pamela openly for trying to bring the old world back. 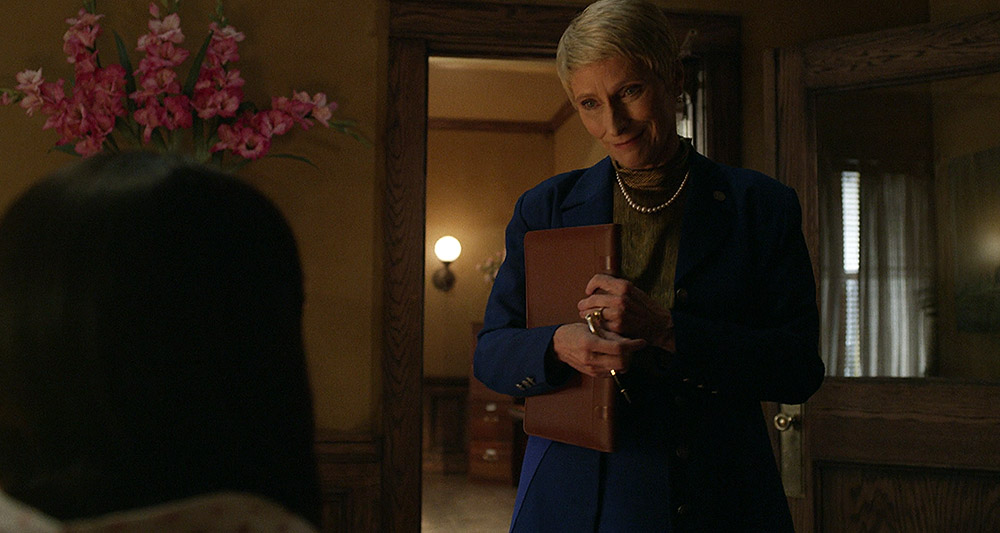 Pamela Milton, Governor of the Commonwealth in ‘The Walking Dead,’ AMC+

It’s a childish and unrealistic notion, more so than the idea that gasoline in derelict vehicles has no shelf life. The Walking Dead was never meant to epitomize realism, but it did at least try to fake it to some degree. Over the course of the show, the human survivors go from regular citizens caught in a nightmare, to primitive warriors taming the wild lands.

Which is what makes the anti-capitalist narrative so silly. The message season 11 tries to convey is bereft of any historical knowledge, especially where the principles of socialism and Marxism are concerned. Pamela Milton, for her part, does not represent the upper class of American society, but rather, a would-be Politburo member enjoying the perks of being a heavy-handed politician, complete with a personal Gestapo at her beck and call. 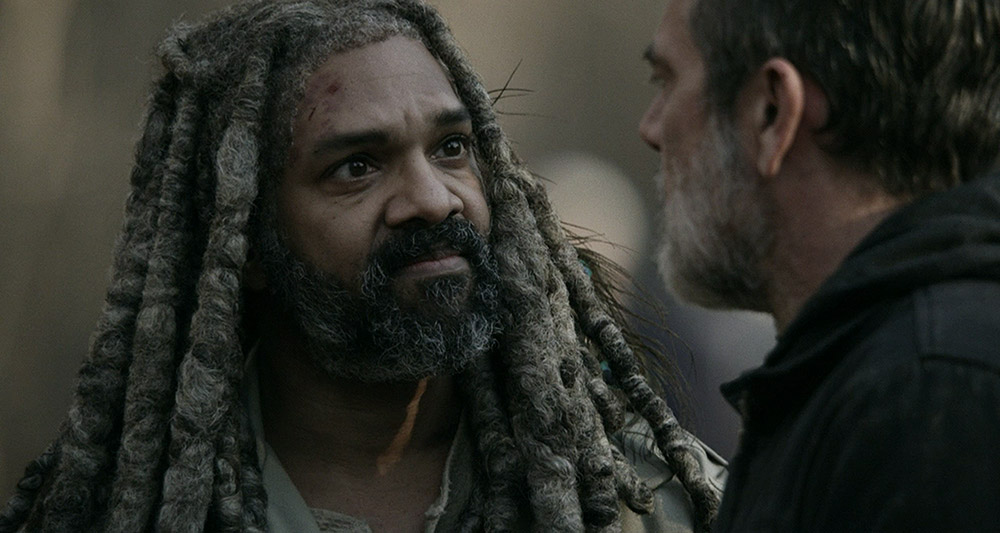 Season 11 spends so much time running down the wrong adversary that it scarcely has time to focus on what made the show so great to begin with. It doesn’t matter how many surprise character deaths there are, or how many red herrings the writers try to stuff into each episode. The show lost a large bulk of its magic two seasons ago, and was never able to recapture the momentum.

Characters are another problem, especially in season 11. While the show shambled on from one season to another, the cast of characters swelled to the point where it’s absolutely impossible to give them all their due. Normally, this would be understandable, except for the fact that many of the faces that have been present for nearly 5 years at this point are simply forgotten about. I was actually surprised to see Daryl’s dog show up in the final episode, since I forgot whether he had been eaten, or ran off during all the chaos. 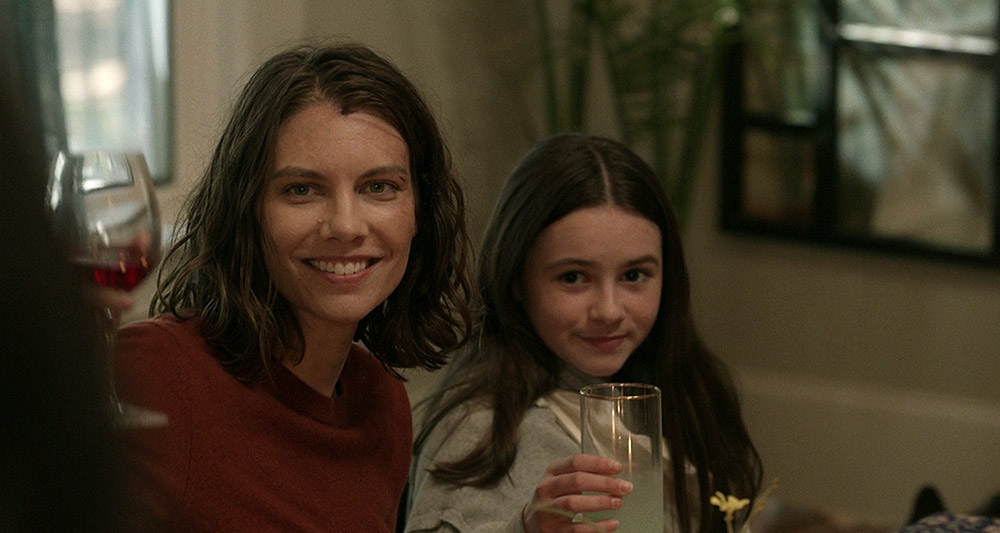 Maggie and Judith at the dinner table in ‘The Walking Dead,’ AMC+

Thankfully, the show manages to pull a Hail Mary at the end with a very good episode finale that hints at things yet to come. The show dials back its entire character cast down to the mains, and sticks with it. This was a smart move, even if it won’t satisfy everyone. It’s a bittersweet end, and not everyone makes it to the big finale, but that’s what the show is all about. Where it really shines, however, is right at the end.

Rick and Michonne make a last-minute return, and it is done in spectacular fashion. There was always some belief that the show would not conclude without these two making a cameo appearance, but the way it’s handled manages to rekindle some of the old-fashioned Walking Dead feel. Rick is on the run from his captors, who are still a mystery, while Michonne continues to try and track him down. 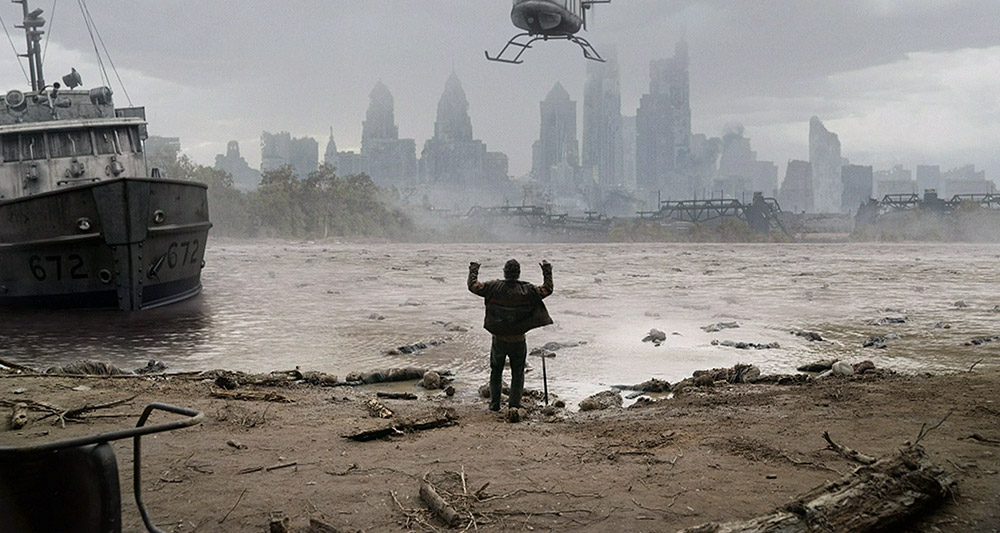 Rick is tracked down in ‘The Walking Dead,’ AMC+

This sets the stage for what AMC+ is calling the “Walking Dead Universe.” It’s a flippant title, to be sure, especially since several spinoffs have already been released in the last few years. However, the news that Rick and Michonne will be getting their own series is a pretty exciting one. It remains to be seen if Maggie and Negan can manage the same success in The Walking Dead: Dead City, which is set to debut in April of 2023.

Yes, it’s obvious that many people are groaning at the prospect of more Walking Dead, and there’s merit to that sentiment. After all, what’s left to be done that hasn’t already been done? The premise of The Walking Dead is something of a creative trap. Go too far with the storyline, and it becomes a goofy caricature of its former self. Refuse to go far enough, and it becomes stagnant and redundant. 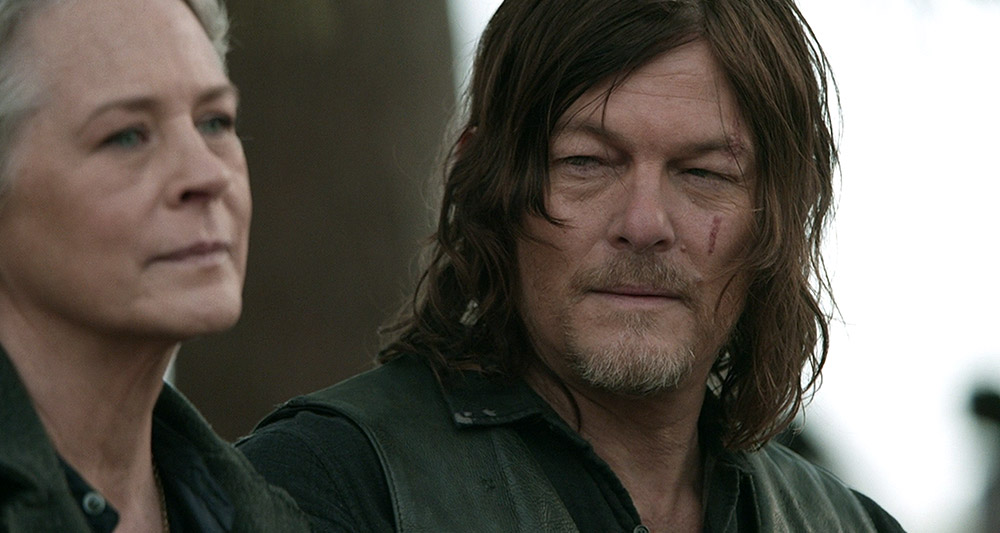 Carol and Daryl share a moment in ‘The Walking Dead,’ AMC+

I argue that the concluding act of the final Walking Dead episode – which feels about as long as the one in Return of the King – succeeds because it narrows its cast of characters back down to a manageable size. The Walking Dead works when the story focuses on a small circle of characters trying to overcome obstacles. The bigger the character roster gets, the more convoluted and foolish the storyline becomes.

And finally, the last two seasons of The Walking Dead have been egregiously Woke, to the point of it souring the entire show. It began with the overabundance of interracial relationships, done for the purpose of making a blunt political statement, rather than for the sake of natural character development. The Woke have been pushing this for years, while simultaneously claiming that all white people are evil, which contradicts the narrative. Interracial relationships are wonderful, but not when the Left make them out to be a caricature the same way as they use queerbaiting to appease the LGBTQ community. 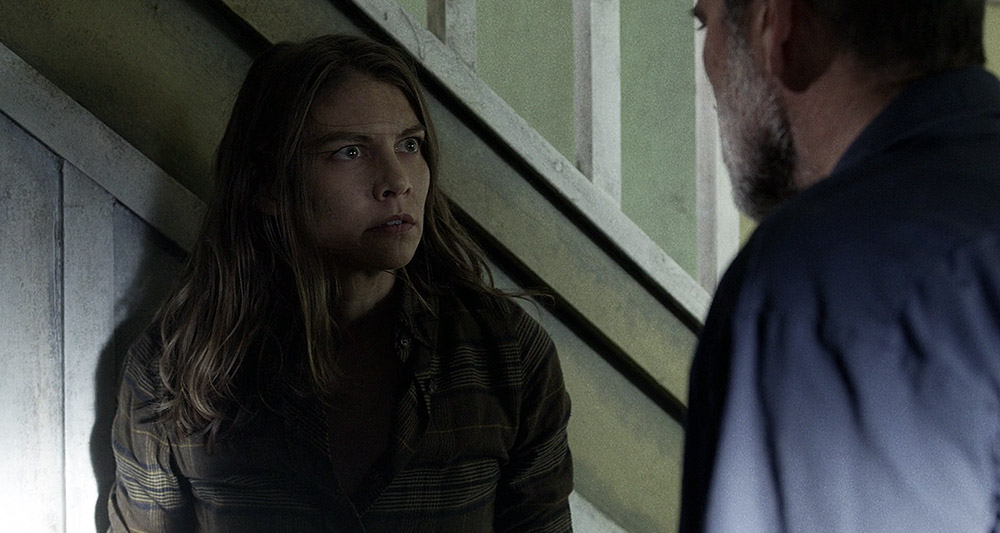 Maggie and Negan butt heads in ‘The Walking Dead,’ AMC+

Of course, no Woke show worth its salt would dare feature competent males in positions of authority. This “new” Walking Dead has females running the show nearly from top to bottom, while every other male is either an underling, an obstacle, or an object of revulsion. Audiences liked Maggie because she did what needed to be done in order to help her community survive. This made her an equal to Rick, and it was sensible. Unfortunately, there are no Ricks in season 11.

If not for the heavy-handed and silly attack on capitalism throughout the season, The Walking Dead may have ended on a brighter note. All the writers had to do was resist the urge to make offerings to the Woke altar, draft storylines and characters that made sense, and stick to the “humanity vs. humanity vs. the dead” formula that helped propel the series to such great heights. Modern Leftists are incapable of this, and it can be felt in every episode, turning the entire season into a semi-interesting hodgepodge of minor hits and colossal misses. 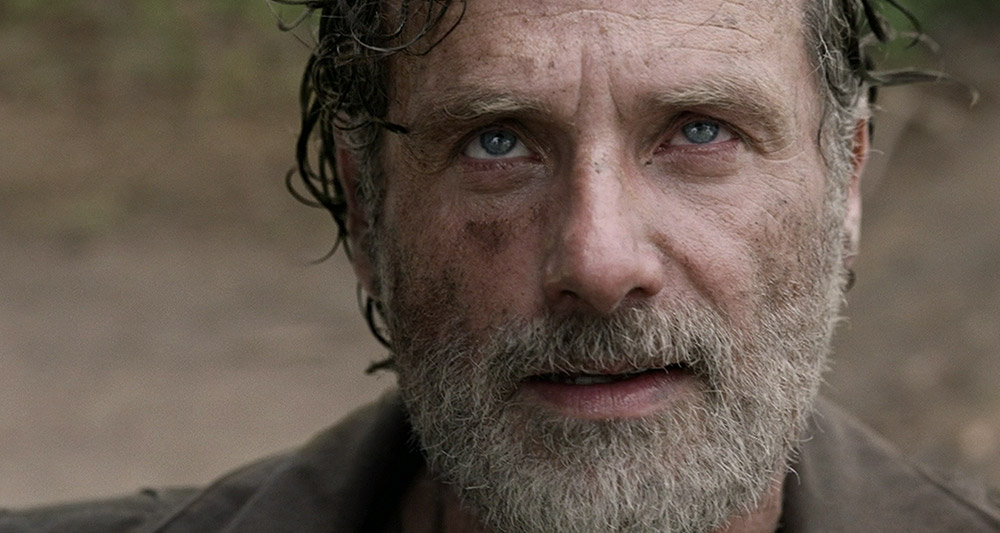 A defiant Rick Grimes in ‘The Walking Dead,’ AMC+

For many Walking Dead fans, the show ended when Rick’s group triumphed over Negan, and maybe it’s better to remember it that way. Everything that came after has caused the show to slide into mediocrity, which is why it’s such a surprise to see the writers nail the latter half of the final episode. 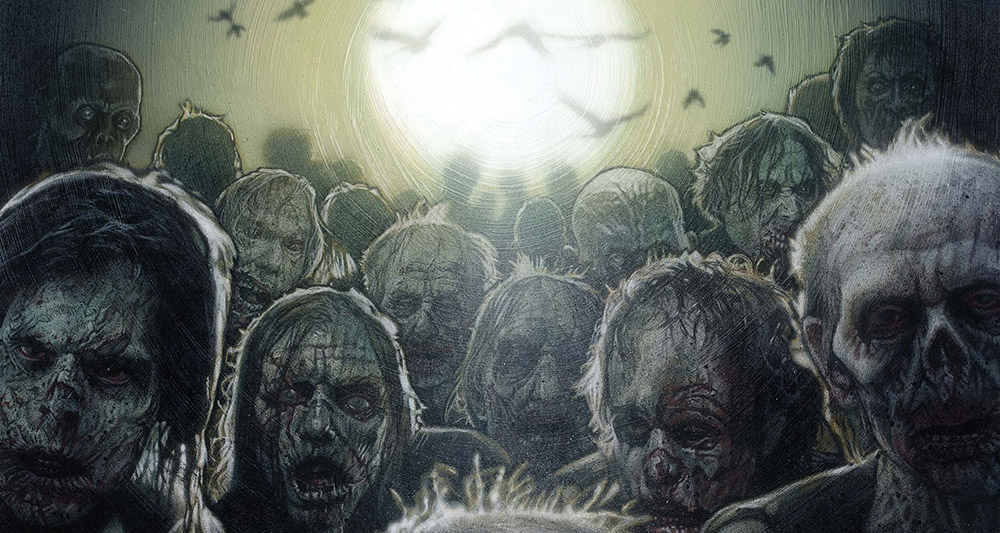 The question is whether the new series can lure back viewers who have had enough of what the franchise has to offer, or whether they will fizzle out after one or two seasons. Whatever the case, the walkers haven’t yet thrown in the towel, and neither have some of the show’s most influential characters who intend to carry on the legacy. Time will tell whether they succeed or not.