Hollywood actor Neal McDonough — known for such roles as Timothy ‘Dum Dum’ Dugan in Captain America: The First Avenger, Malcolm Beck in Yellowstone, and most recently General James Harding in Project Blue Book — has recently revealed that being ostracised by Hollywood led him to launch his own film company. 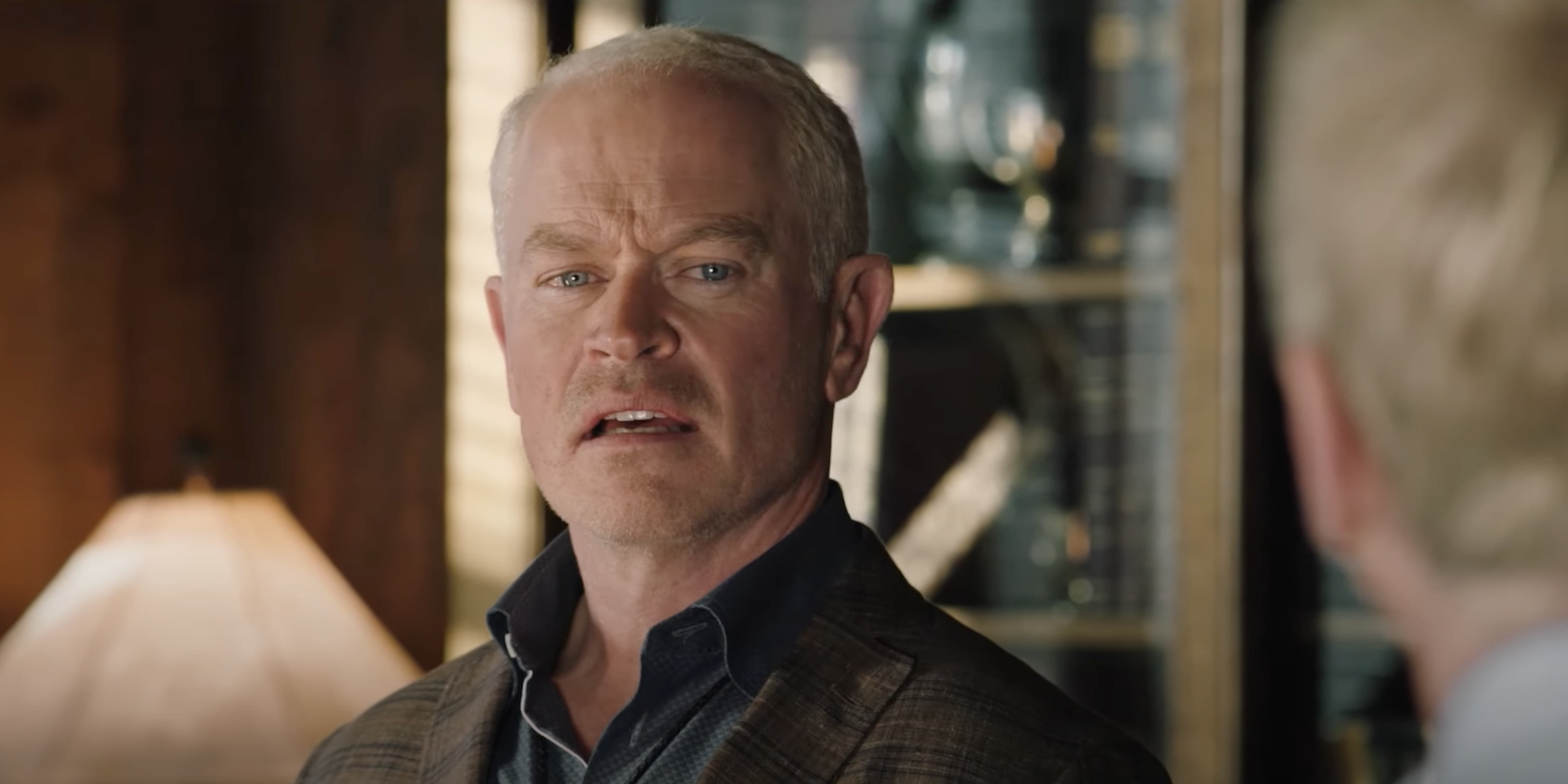 A devout Christian, the Yellowstone actor has revealed that he was blacklisted from Hollywood in 2010 after being fired from ABC’s Scoundrels TV show over his refusal go against his faith and do certain scenes – namely kissing and sex scenes — and “lost basically everything” as a result.

During this rough patch in his professional life, the actor said that his faith kept his spirits up, recalling, “I remember falling to my knees and saying, ‘God, why have you forgotten about me? Why am I being punished so much?’”

“And as soon as those words came out of my mouth, I realized what self-absorbed questions those were,” a humble McDonough admitted. “God has given me so much. We all experience challenges in our lives. I should be grateful – and thankful – for all the blessings I’m given.”

This is far from the first time McDonough has spoken about his refusal to compromise his faith.

“I won’t mention the Lord’s name in vain, and then I won’t kiss another woman,” McDonough told Fox News in January of 2020. “Sex scenes aren’t in it for me. And I think, gosh, there’s enough sex scenes out there and me being in my fifties I’m not sure if anyone wants to see me doing that stuff anyway, but it’s a comfort level. I’m not very comfortable doing that.” 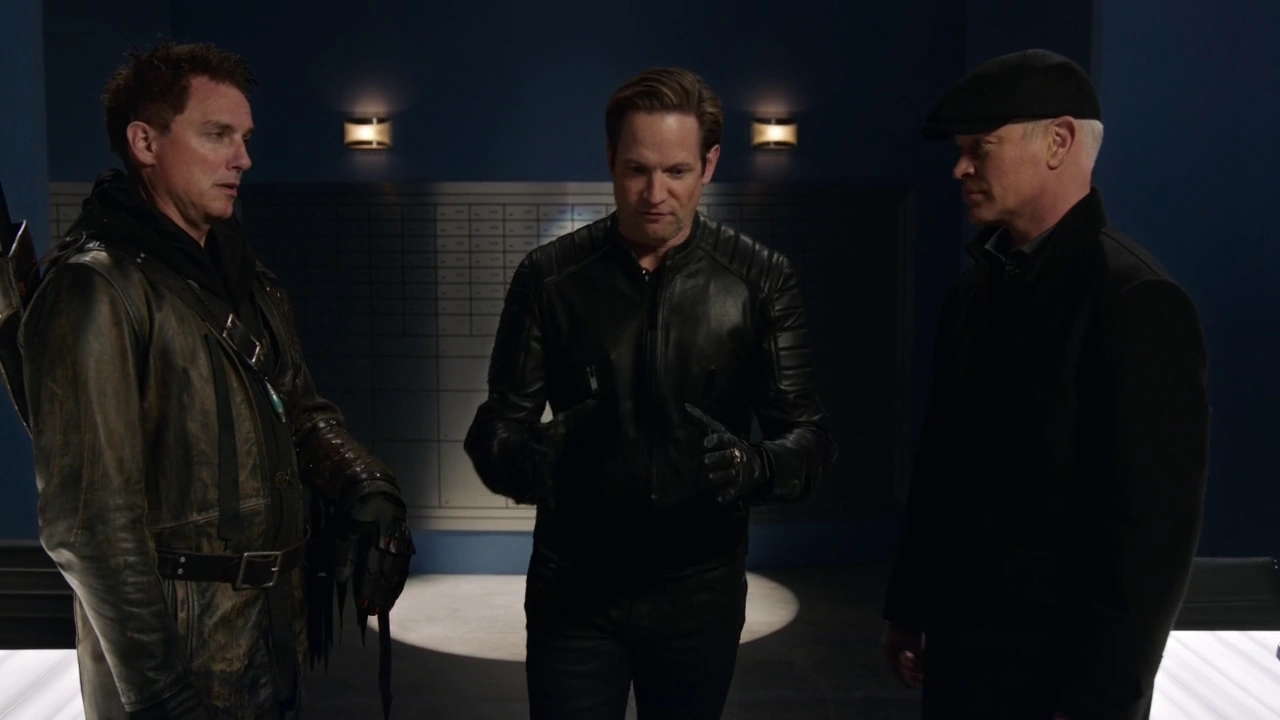 Malcolm Merlyn (John Barrowman), Reverse-Flash (Matt Letscher) and Damien Dahrk (Neal McDonough) have a plan to stop the Black Flash in DC’s Legends of Tomorrow Season 2 Episode 10 “The Legion of Doom” (2017), The CW via YouTube

The Christian actor also disclosed that one of the reasons he likes playing the villain is because those type of characters take him out of his comfort zone, which given he takes as a personal challenge given his personal passion for acting.

“And I guess that’s probably why I play so many villainous characters, because I love acting, and I’m really good at it,” he declared. “It’s a God-given talent, so for me to have a career, I have to figure out creatively and smartly and wisely how I can keep doing what I do.”

Earlier this month, McDonough would further explain to The Christian Post that in light of his unwillingness to do sex scenes, he makes it a point to ensure he remains memorable through his villainous performances.

“It’s hard because I’ve done so many different characters and done so many things, and in some of them, I play horrible villains in a lot of the things that I do, and I won’t do kissing scenes, so I have to be the best villain out there,” he said. 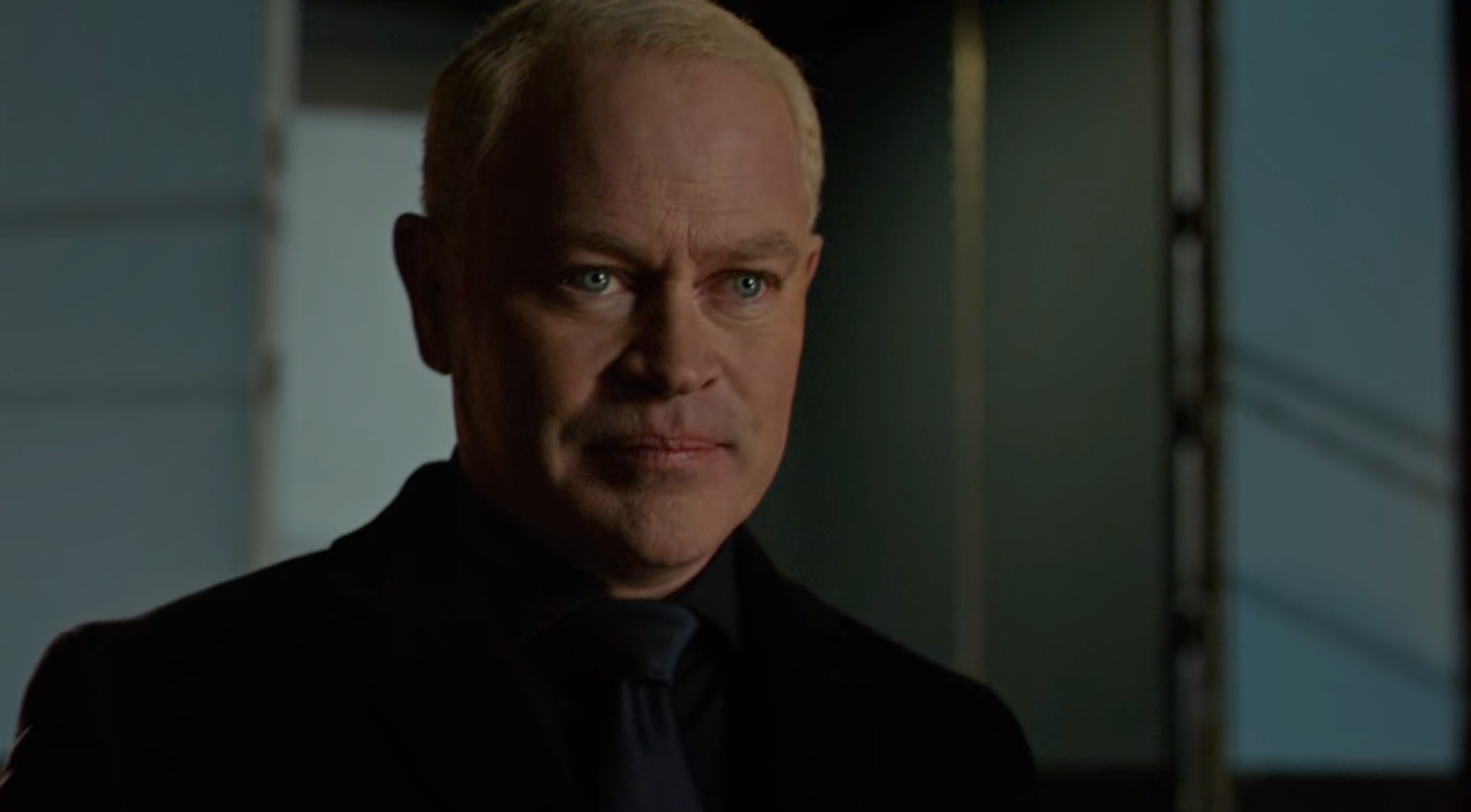 McDonough disclosed that his wife of almost 20 years, Ruvé, is the main reason why he refuses to kiss his co-stars, confessing, “these lips are meant for one woman,” and adding that kissing scenes will no longer be a concern now that the couple has launched their movie-making endeavour.

“Now I have that opportunity because Ruvé and I are doing it ourselves, and are so blessed to have companies that support us and back us and want to make more films and TV shows, or reality shows or any kind of show that gives glory to [God],” the actor announced.

“Not just to make a movie, but to do a movie that actually gives Him glory — that’s our goal,” he elaborated, And that’s what we’re after, and we’re very fortunate to be able to do it.”

Timothy ‘Dum DUm’ Dugan squares off against a Hydra soldier in Captain America: The First Avenger (2011), Marvel Entertainment via Blu-ray

Regarding the actor’s current projects, on the 13th of December Neal McDonough appeared alongside Broadway singer and actress Megan Hilty to celebrate the spirit of the upcoming Christian holiday by hosting PBS’ annual Christmas with The Tabernacle Choir.

Further, McDonough is also set to star in devout Christian actor-turned-director Kevin Sorbo’s Left Behind: Rise of the Antichrist — the latest entry in the Left Behind series of films based on the Christian novels by Tim LaHaye and Jerry B. Jenkins —  which currently on track to hit theatres on the 26th of January, 2023.

NEXT: The Walt Disney Company Attacks Christianity, Rejects The Divinity Of Christ By Radically Altering EPCOT International Festival Of The Holidays – Candlelight Processional